The sound of a real alarm clock will probably give anyone born after 1999 a heart attack. 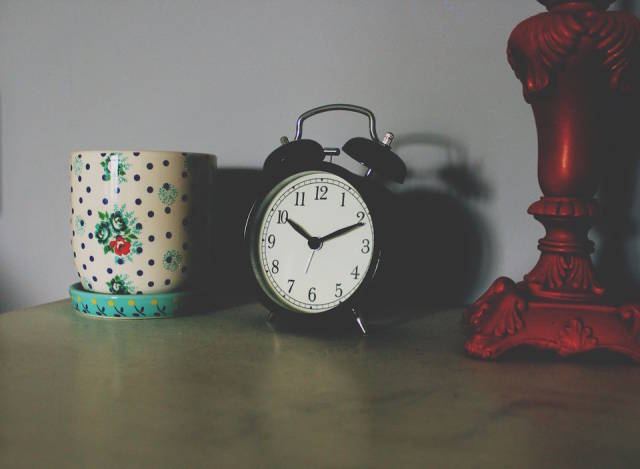 Most phones have an alarm clock, stopwatch, and timer built in, making alarm clocks completely unnecessary.

Floppy disks weren't just the "save" icon on your computer. 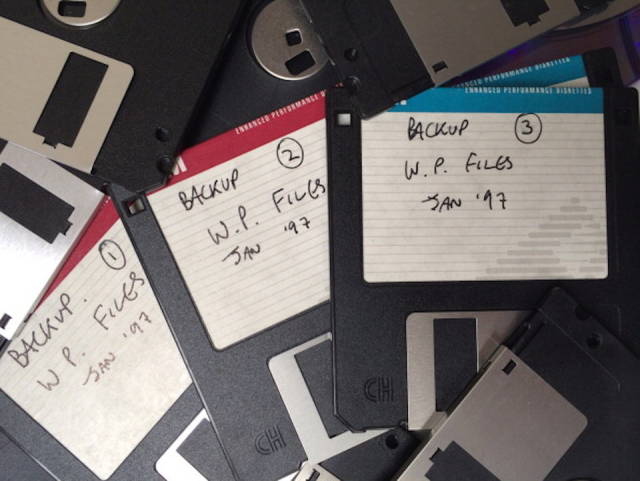 Floppy disks, among basically every other form of technology used in the 1990s, are all but forgotten. Truly, most kids only know about floppy disks from Microsoft Word.

Floppy disks were first introduced in 1967, and now, 50 years after they first appeared, Sony is rumored to finally stop producing them.

When you wanted to talk on the phone, you had to stand next to the wall or near a plug. 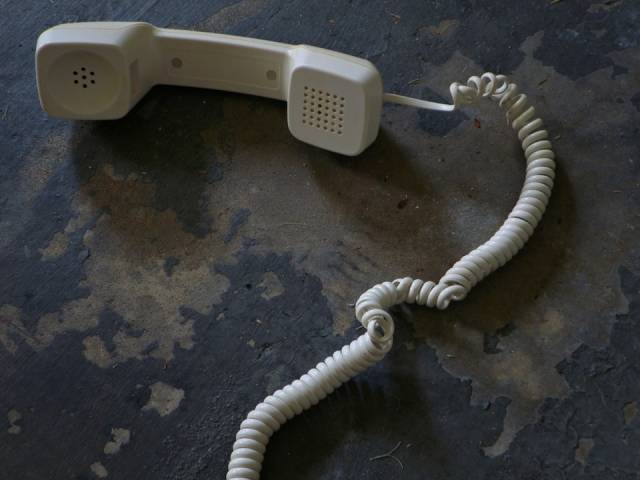 In 2017, 45% of kids between 10-12 have their own smartphone in the US. Before the world became so technologically linked, pretty much the only way to get in touch with anyone was by — get this! — calling them on their "home phone." 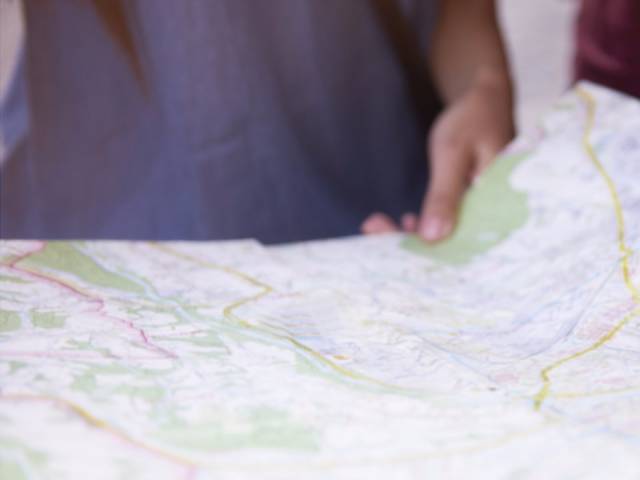 Kids these days will never know the struggle of trying to fold these back together.

Rolodexes were the preferred mode of keeping all of your addresses in one place. 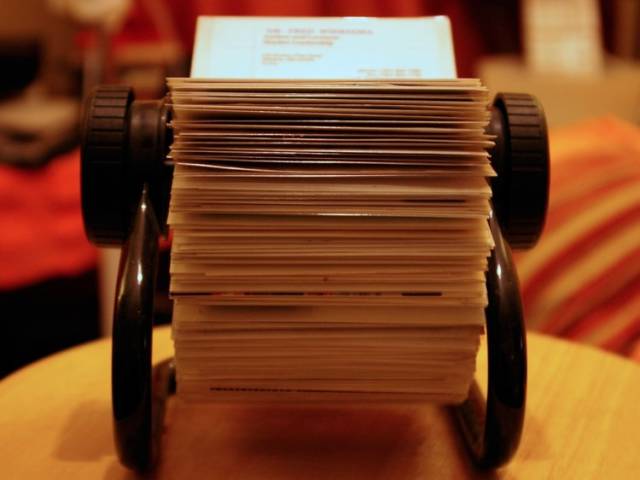 Can you imagine having to scroll through this thing to find a friend's number?

Beanie Babies were a global obsession, and everyone thought they would get rich off of them. 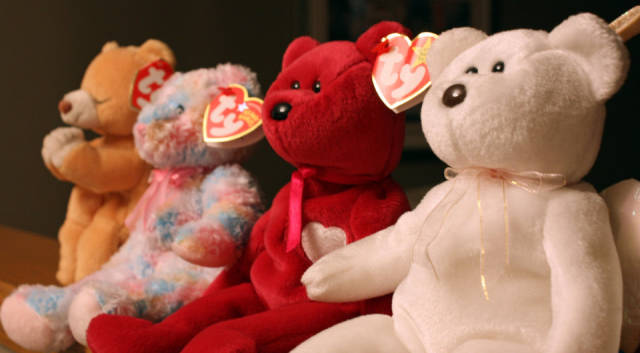 Back in the day, people would obsessively collect these toys, keep the tags on, and believe they would be worth millions one day.

If a kid saw a Beanie Baby today, they'd probably be confused — they look like any other stuffed animal.

A trip to Blockbuster to rent videos was a treat. 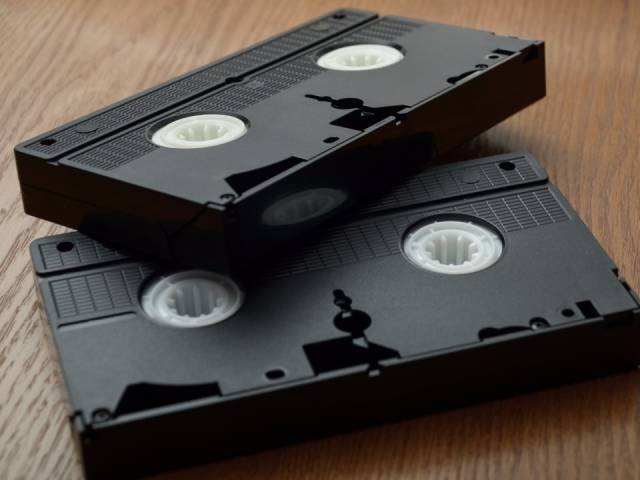 VHS tapes were still the most cost-effective and popular way to watch movies — it wouldn't be until 2002 that DVD players would out-sell video recorders. But in 1997, there were only around 100 movies available on DVD. Everything else was on VHS.

While some people miss tapes, no one will miss the anger of discovering someone taped over the "Buffy the Vampire Slayer" finale, or finding out the tape hadn't been recording the entire time.

Crystal Pepsi was SO much better than regular Pepsi, even though it tasted the same. 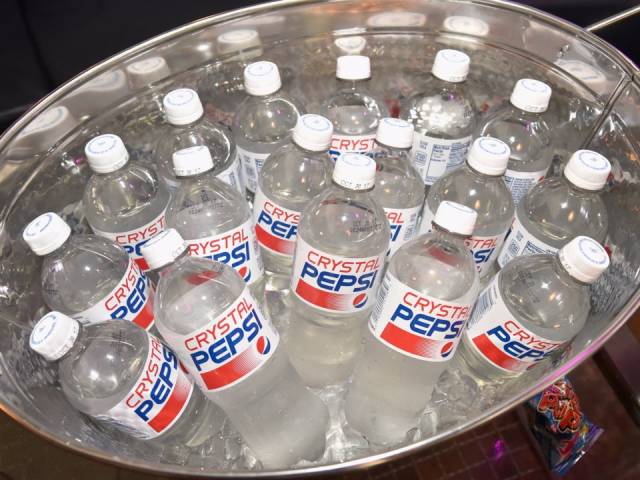 Crystal Pepsi appeared on shelves in 1992, and then mysteriously disappeared after a couple of years. It's literally just clear-colored Pepsi, but people were weirdly obsessed with it.

Pepsi brought it back for one final run this summer, though a bottle of Crystal Pepsi can go for as much as $8,000 on eBay.

"Beep me" is a phrase you don't hear anymore. 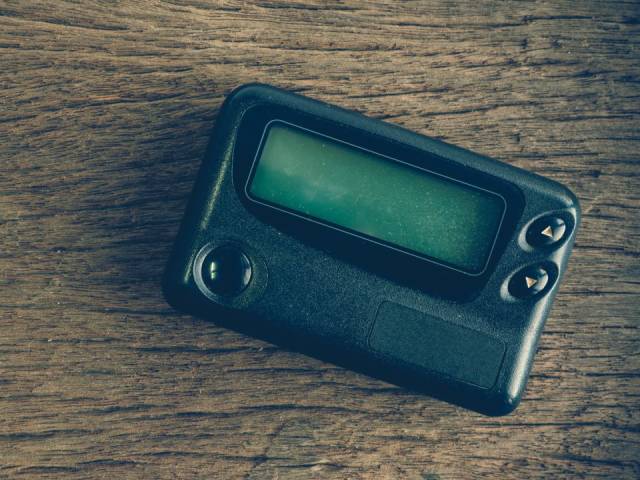 Largely only seen on medical TV shows now, pagers were status symbols in the '80s and '90s. Now, with the rise of cell phones, everyone is reachable all the time — they don't need to be paged first.

The quickest way to get in touch with someone was using a payphone. 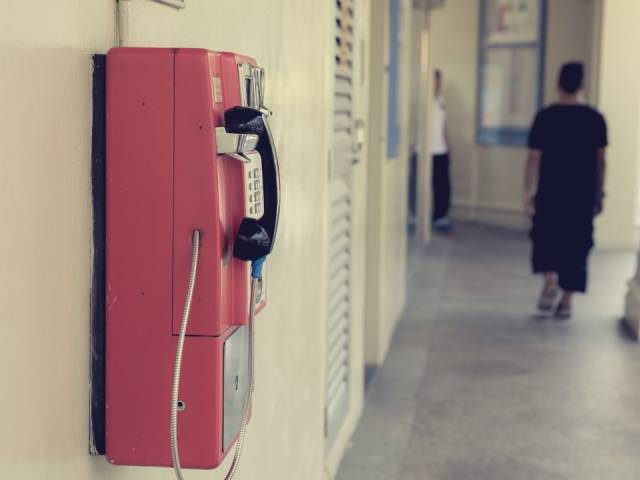 While pay phones today are few and far between, they're apparently still generating millions of dollars. Someone should tell NYC — the mayor announced a plan to convert all the pay phones into WiFi hot spots.

Dial-up was the only way to get on the internet. 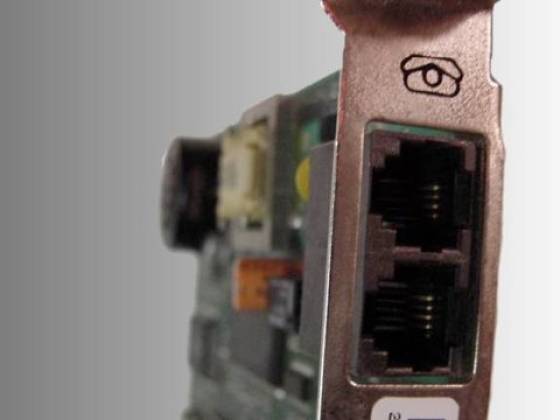 Most young people these days have no idea what this sound means. But for the those that do, it probably sends chills down their spine. It's a reminder that in a time before WiFi, people had to use their phone-line to use the internet. And it also meant that if you were on the phone, no one else could use the internet.

Thanks to the internet, phone books aren't really a thing anymore. 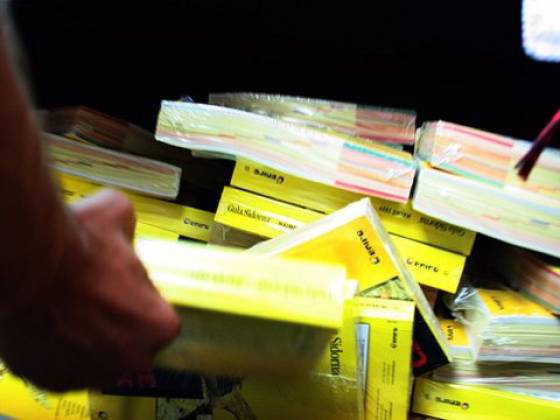 Remember having to bust out one of these to find someone's number?

Lisa Frank designs were everything — and everywhere. 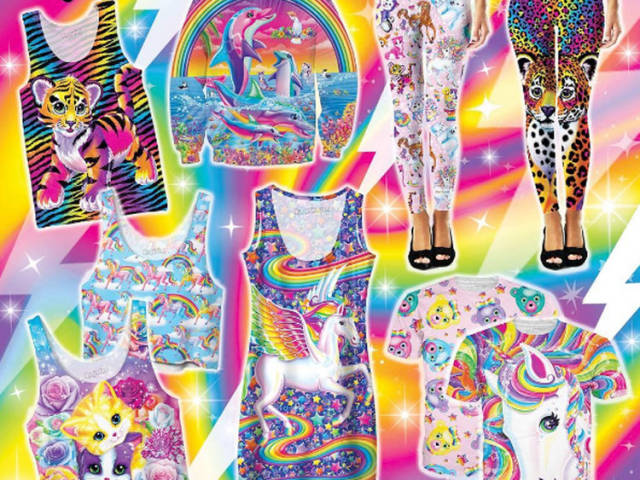 Fashion has never again been so colorful and whimsical. Lisa Frank made literally everything that a middle school girl could possibly want: clothes, school supplies, posters, bedding. Truly, your entire life could have been decked out in Lisa Frank.

Even in 2017, the nostalgia for Lisa Frank is real; Target released a pajama line, and Frank successfully crowd-funded a makeup line.

People carried around all their favorite CDs in a giant CD case. 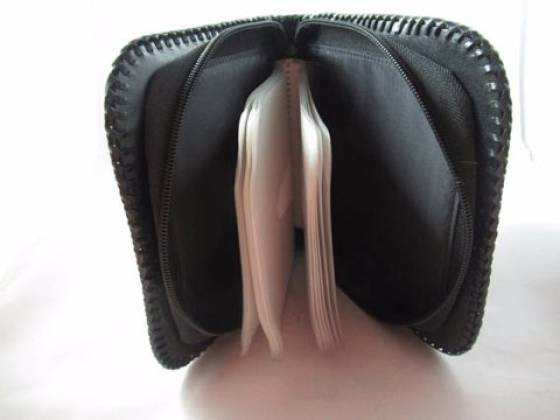 If you wanted to be the DJ at your friend's birthday party, instead of making a playlist, you'd have three choices: 1) to bring all of your CDs over, 2) to burn a CD, or 3) to make a mixtape. None were as easy as just hopping on Spotify and compiling your favorites.

Even just listening to music on your discman involved carrying these cases around, unless you wanted to listen to the same 15 songs on repeat.

Fax machines were the original email. 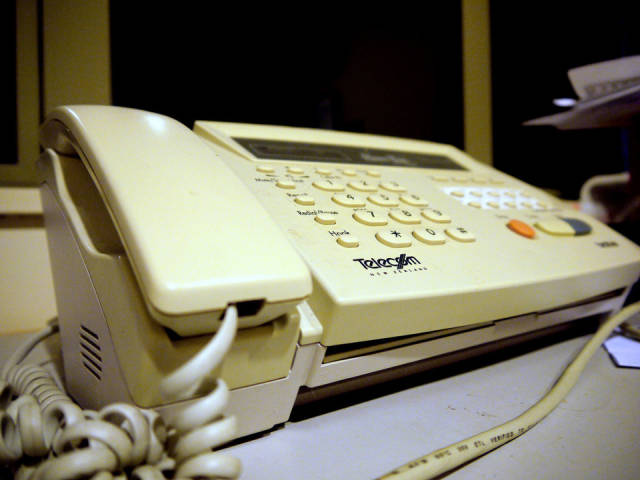 Almost instantaneous in their sending and receiving, fax machines were like the original email, but handwritten. Today, a fax machine is literally archaic.

Accidentally killing your Tamagotchi was every kid's (and Tamagotchi-sitting parent's) worst nightmare. 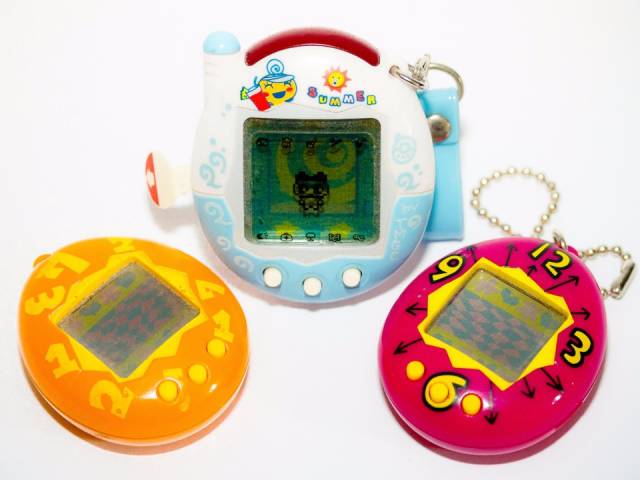 The Tamagotchi was originally released in 1996. Basically, they were portable pets — owners would feed, clean, and play games with them. There was also a social aspect: if two Tamagotchi were near each other, they were able to detect one another (not unlike Snapchat's Snapcodes feature) and visit each other's screens.

While Tamagotchi are still being made, they never recreated the magic they had in the late '90s and early 2000s.

Nintendo 64 was the ultimate game console. 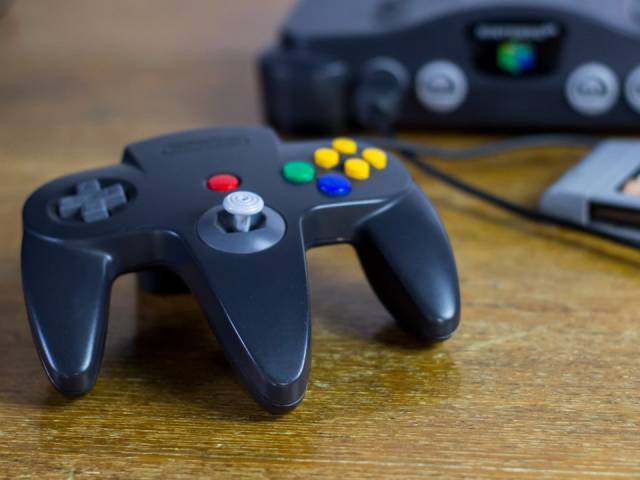 The Nintendo 64's main contribution to the world of gaming was the innovative controller and its analog stick. When it first premiered in 1996, the N64 was on every kid's wish list — along with classic games like Super Smash Bros., Mario Kart, and GoldenEye 007.

Though its graphics and gameplay have been far surpassed, there's a reason that game developers continue to reimagine original N64 games to this day.

Vinyl records have made a comeback with the hipster crowd, but most kids would have no idea what to do with them. 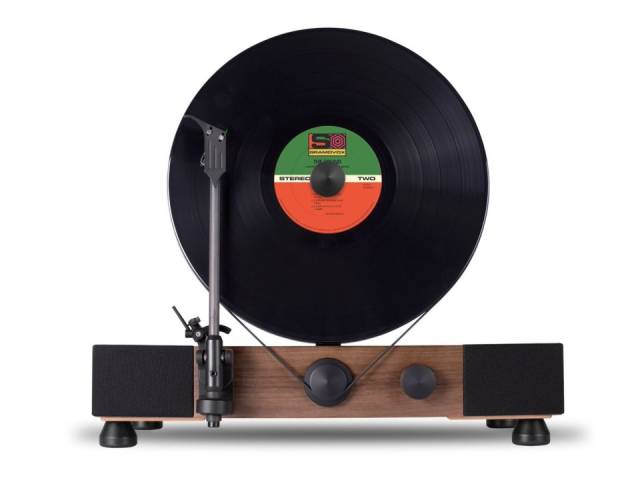 While record players are enjoying a bit of a renaissance with the hipster crowd, they're pretty much forgotten by everyone else. People enjoy being able to carry around their entire music library in their phone too much to go back to lugging vinyl around.

You had to REWIND tapes to hear songs again, and basically just guess when to stop. 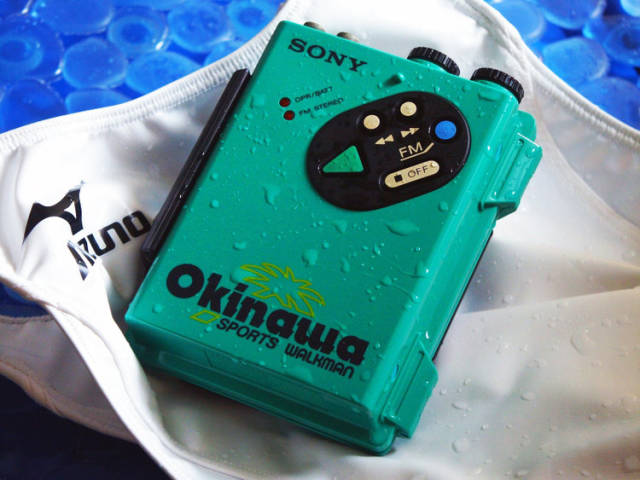 Before iPods, Zunes, or smartphones, there was the walkman, which first walked into our lives in 1979. The only way to listen to your music on the go was to pop a cassette into this little contraption (and later a CD into a diskman), and hope that your little sister didn't record over your mix tape. 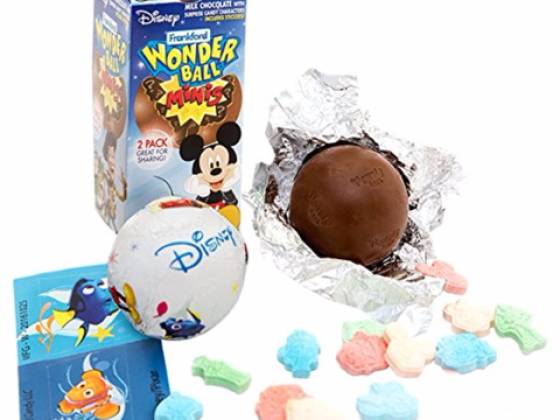 Ah, the Wonder Ball. Before being discontinued in 2004, these candies were everyone's favorite treats. Originally they came with a toy inside, like a Happy Meal, but Nestle was soon alerted to the fact that this was a choking hazard. So they rebranded and filled them with candy instead.

Everyone wanted a Furby, even though the toy was always creepy. 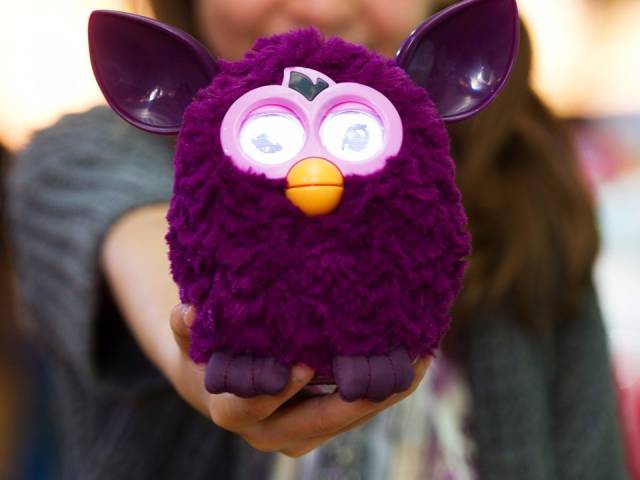 Furby appeared on the scene in 1998, and became every kids' most-wanted Christmas toy.

It soon became every kids' nightmare, as the gibberish speaking, giant-eye blinking toy was terrifying.

While Hasbro recently gave Furby a makeover, it will probably never reach the same fever pitch it did in the '90s. 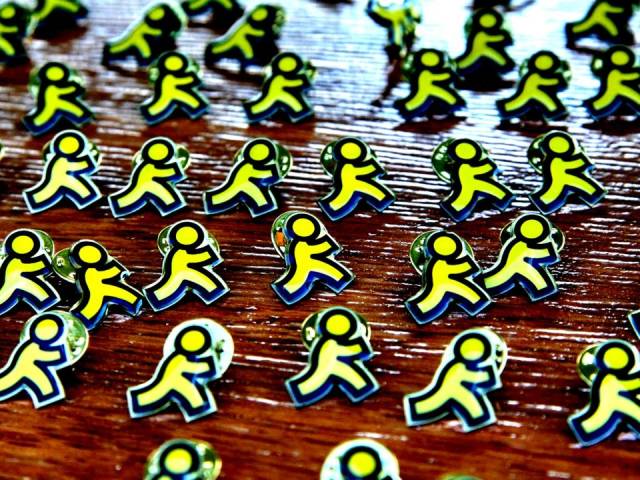 AIM defined the hours after school for an entire generation.

After 20 years of instant messages, AIM is shutting down for good this December.