7 Advantages To Living In Singapore

Want to live somewhere different? Well Singapore could be the place to move to - here are seven reasons why. 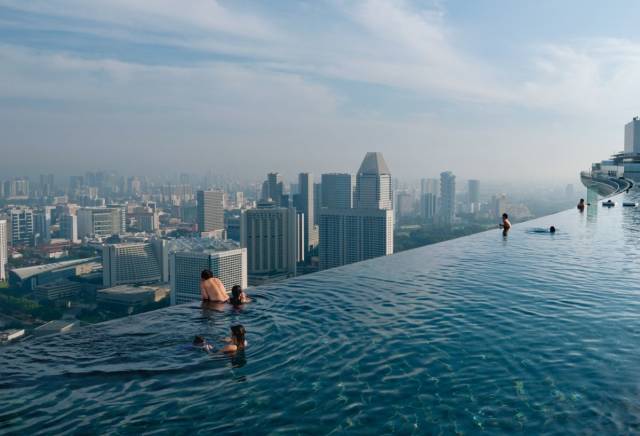 1. Singapore Airlines has been voted as one of the 20 safest airlines in the world

Over the last year Malaysia, which is a neighbor of Singapore, has been hit by a series of aviation disaster that made headlines all over the world and increased fears of unsafe travel. That is why it is very reassuring to see that AirlineRatings.com had a recent review that Today Online quoted showing Singapore Airlines (SIA) in the list of the 20 safest airlines. Qantas led the list, but aside from this Australian airline, there weren't any additional details to show the rankings of all of the other 19 airlines. This list was compiled on the basis of the airlines' operational excellence, incident records, operational history, fatality records, government audits, and industry ratings. Based on the review, SIA is one of 148 airlines (out of the total 407 that were surveyed) to receive the seven-star maximum safety ratings. So you now know the best airlines to use for your next overseas vacation.

On several occasions, Singapore's education system has been covered by Team Expat. The country has been found to nurture some of the world's smartest kids, including Aidan Na, who is a child genius. If you and your children have relocated to Singapore, then congratulations to you. One thing that you can be assured knowing is that your children will be receiving a world-class education since the island city-state takes great pride in its competitive environment, quality of teachers, and style of teaching. If you want to know whether or not the education in Singapore is a good fit for your kids we strongly recommend that you get in touch with a resident expert or do some further reading.

CNN International conducted a readers' poll that included four Singaporean dishes on the list - roti prata, laksa, chili crab, and Hainanese chicken rice. After you have lived in Singapore for a while, you will discover that those four dishes are just the tip of the iceberg when it comes to local food varieties, especially when you keep in mind there are cross-cultural, Indian, Malay, and Chinese foods to consider as well.

There is so much good food to eat in the country that it has been declared by the Singapore Tourism Board that the food in the island city-state is a tourist attraction. Every July the Singapore Food Festival celebrates Singapore cuisine. So over the weekend definitely hit the food trail!

4. People living in Singapore are the world's highest paid citizens

Singapore actually is home to the world's highest paid citizens according to Immigration Solutions! There are a couple of reasons for that, including the fact that a high demand exists for people who can offset skill shortages and contribute to innovation. When expats move to Singapore, often they will discover that they are generously rewarded for their work, which makes many of them want to remain. When a low cost of living is combined with that, working and living in Singapore results in the city-state having the world's highest paid citizens.

5. Singapore is one of the world's safest countries

As of 2014, a Miratel Solutions article lists Singapore as one of the top 10 safest countries in the world to live in. This list was published by Factofun, and it stated that the basis for the statistics is the mortality rate in each country, and due to the strict public policies in Singapore, that the country is well-known for its safety and cleanliness, which then contributes to its citizens' well being. You won't have to look over your shoulder several times when coming home late at night after drinks or from work.

6. The economy of Singapore has the second highest ranking in the world

Due to its high quality of life and excellent educational system, Singapore was able to maintain its position in 2015 as the second-most competitive economy in the world, for the fifth year in a row. It only trails Switzerland when it comes to innovation, business sophistication, and technological adoption. The Straits Times noted that it did particularly well with financial market efficiency, labor, and goods.

7. Singapore is one of the leading tourist destinations in the world

Considering the previously mentioned facts, it isn't surprising that Singapore does very well at attracting tourists. Singapore has been identified for 2015 as one of the most 'Popular Family Destinations' by Qyer, 'Top 10 Destinations to Visit' by CNN Travel, and a 'Top Country' by Lonely Planet. With all of the numerous tourist attractions, like National Gallery Singapore and Universal Studios Singapore, in addition to being home to the best airport in the world, Changi Airport, there are plenty of tourist booking getaways offered by Singapore.