Police Gotta Have Fun To Not Go Mad (20 pics)

The race is on! 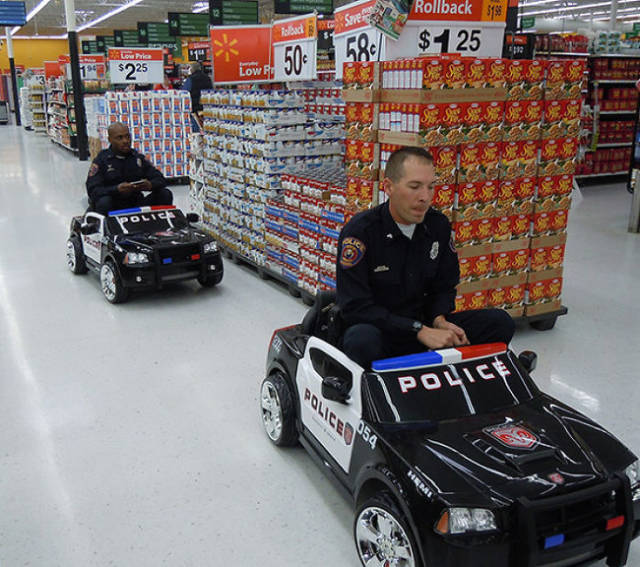 These cops are chasing a dangerous criminal — a pack of doughnuts that are located in a secret hideout.

Pixar presents: “Police Cars” that are ready to be deployed. 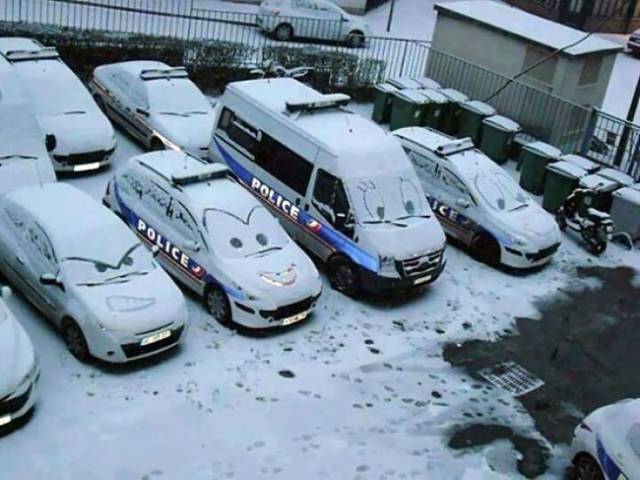 This police unit seems to have bought the Pixar franchise. What’s coming next? “Monsters Police Academy?”

“We always back each other up!” 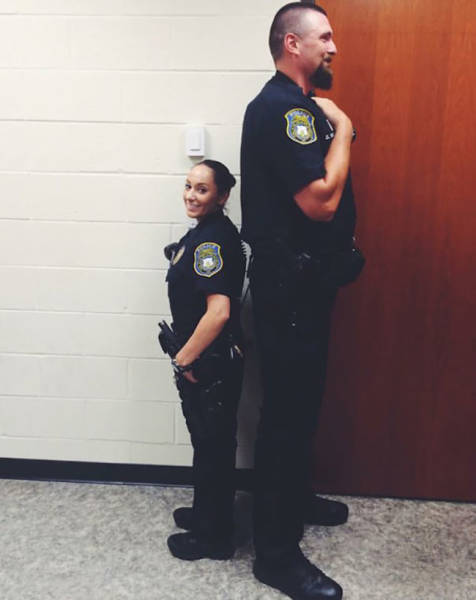 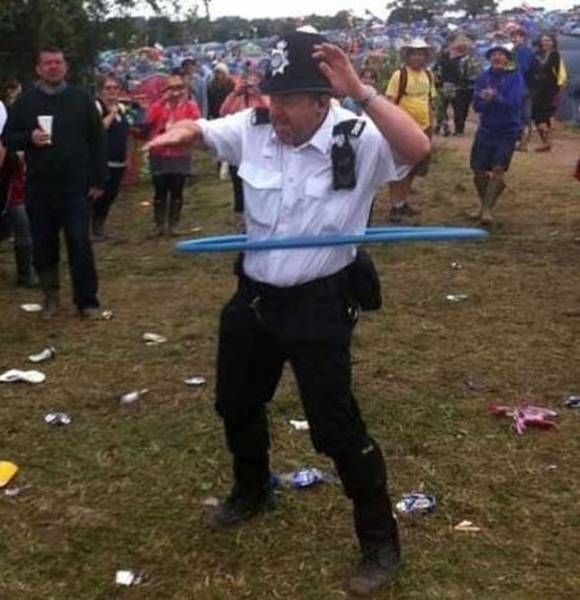 This policeman totally knows how to find time for a workout even with a busy schedule — just use any spare moment and any gear that’s available! 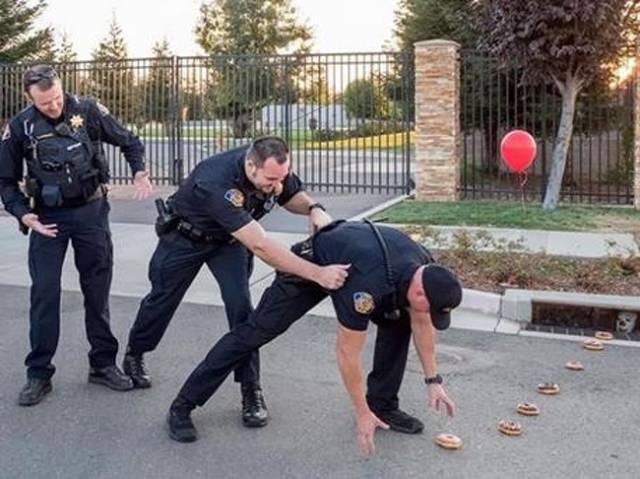 It looks like a perfect illustration of team work: one police officer is pursuing criminals and the other ones are backing him up. 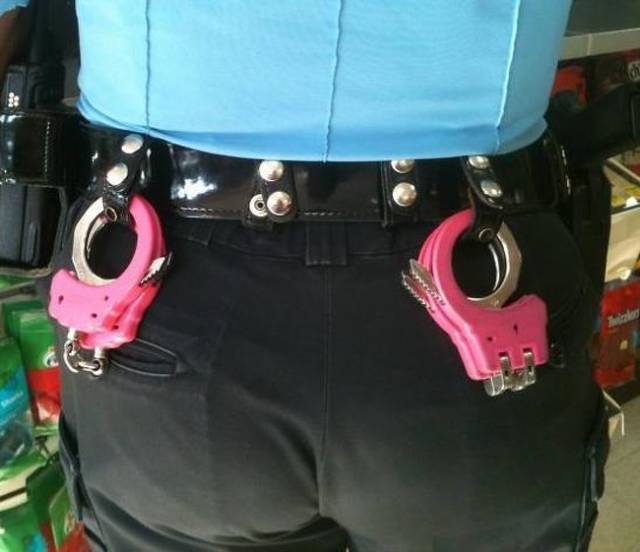 What we know for sure is that some criminal out there is missing a very unusual interrogation...

This one is a really dangerous offender! 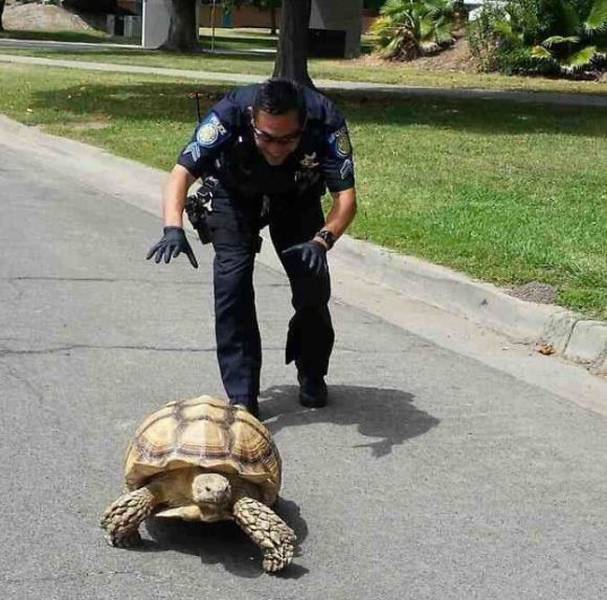 We don’t think he stands a chance to escape... The question is whether this criminal will get a single cell or have a hippo as his cellmate.

“We have to provide absolute security to this special congregation.” 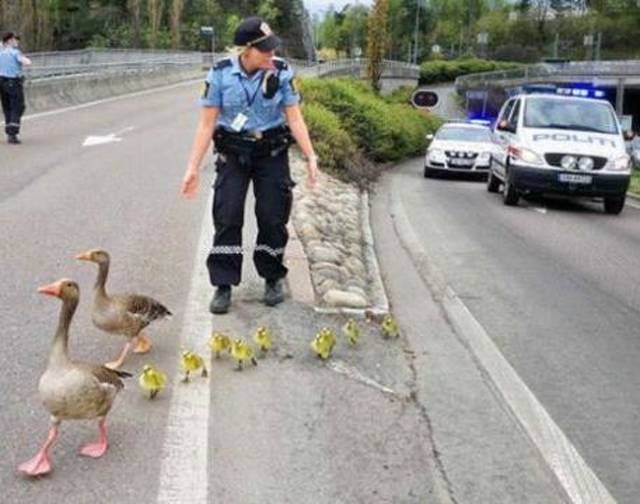 Just look at their faces — they are so proud and confident... This always happens to those who have police escort!

And what do you want for Christmas? 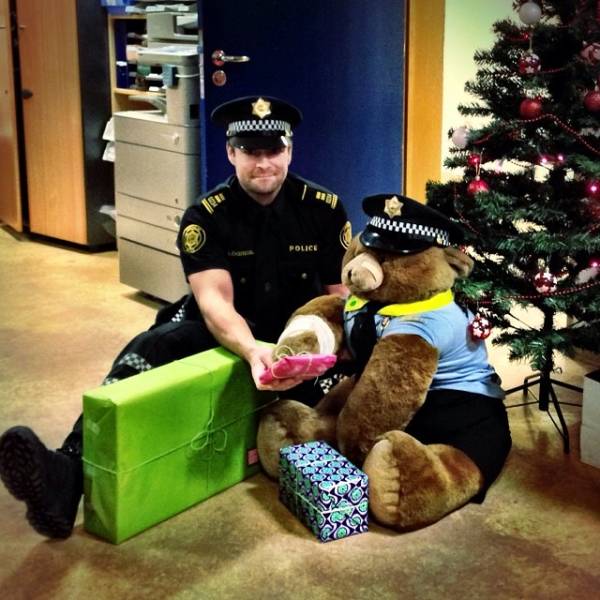 Iceland is considered one of the safest countries in the world and now we know why: cops there know just what it means to have a cozy evening! 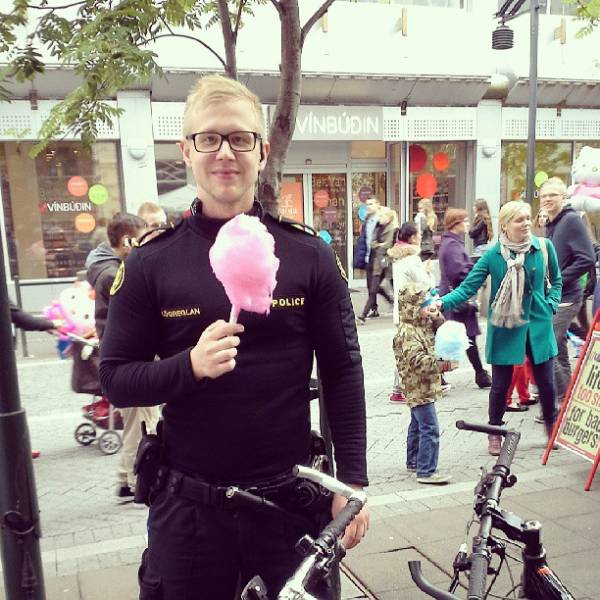 It looks like this police officer participated in some amusement park special ops, no doubt about that!

“You failed the operation, no mercy!” 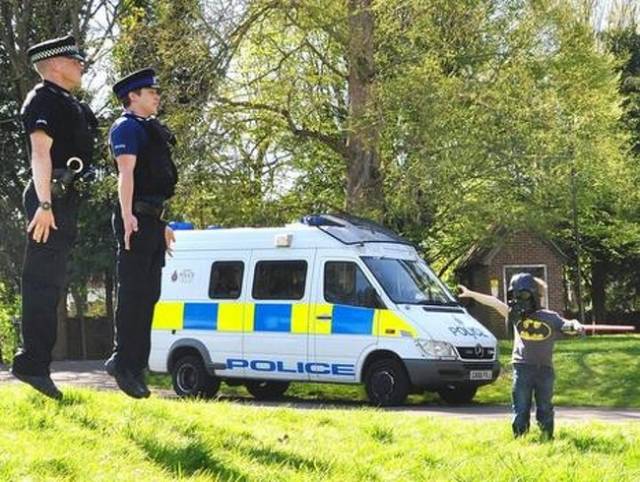 There’s a very unusual way of training police officers in Gotham city! Batman himself is controlling the whole process. He’s little, but he already knows the meaning of power! 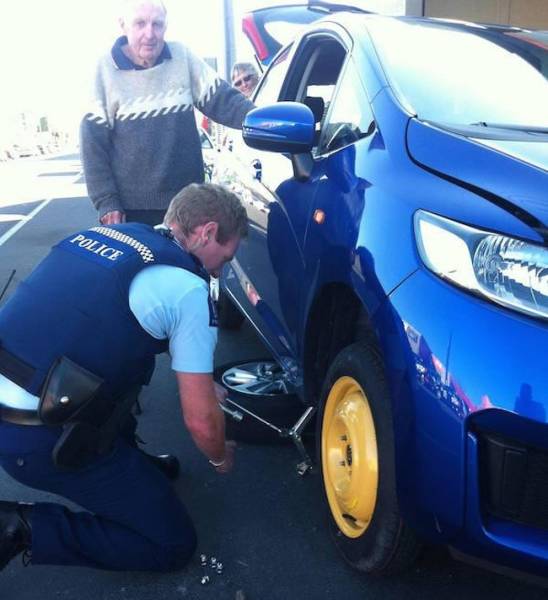 Cops are there to solve so many problems... This one’s name is Jack, jack-of-all-trades. We’re wondering if he can fix a dripping faucet too. 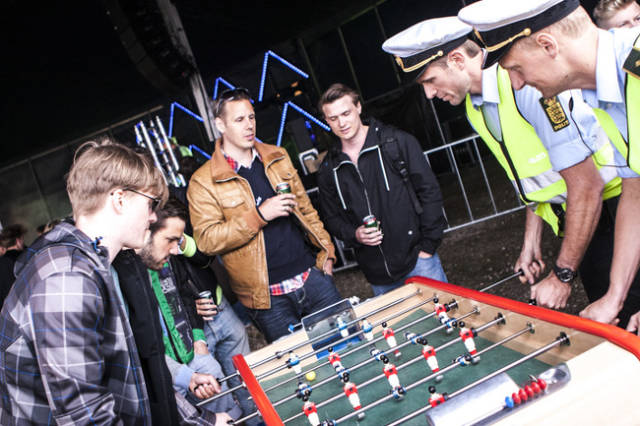 It looks like these police officers know how to twist handles and... arms! So it’s a really dangerous game these guys are playing.

Partners were created so you don’t get bored. 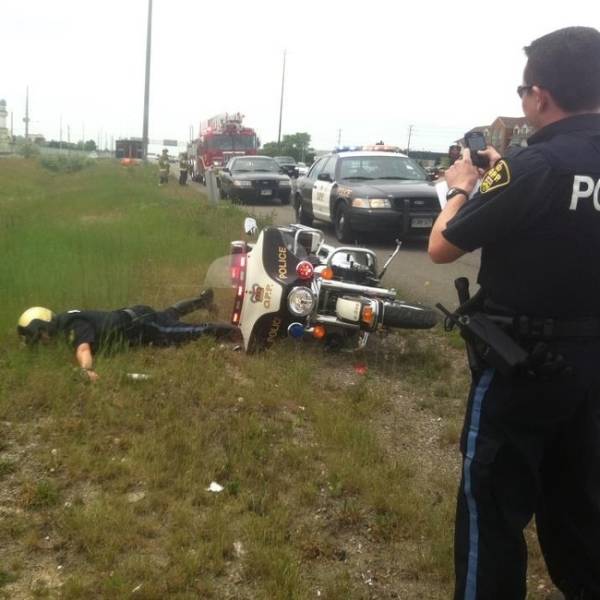 This is a 21st century partner — he first documents the accident with a smartphone camera and only after that starts to help!

Do your plank anywhere! 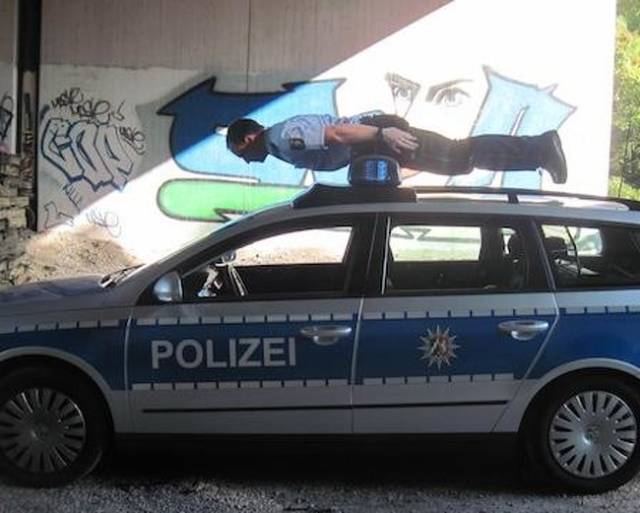 This German policeman knows that planking can keep you in great shape! The ground in that sketchy area seemed too dirty and he decided — why not practice equilibrium too! 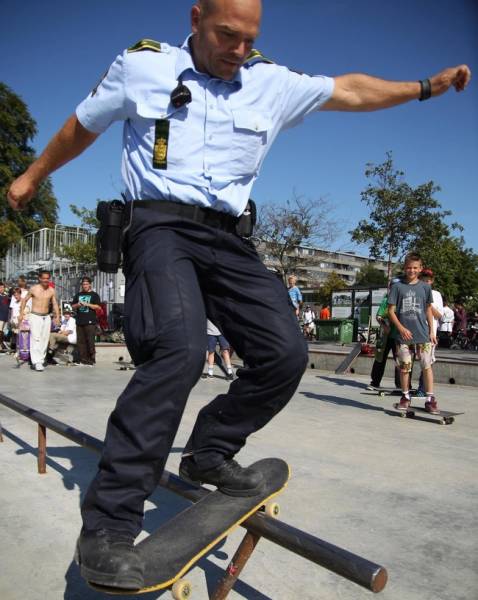 This police officer hasn’t been skateboarding in a long time, but muscle memory is a powerful thing — he remembered the moves as soon as he got on the skateboard!

“Hands up, you’re all arrested!” 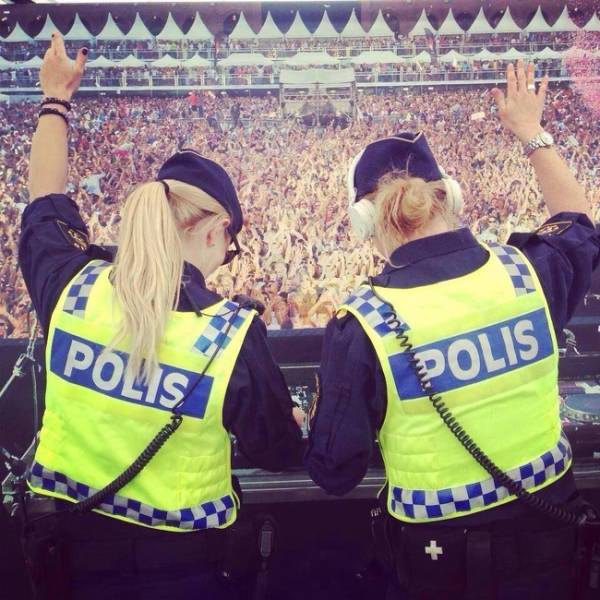 Swedish people love music festivals and the police are no exception. They’re enjoying the music and the cool atmosphere!

Why not act childish just once? 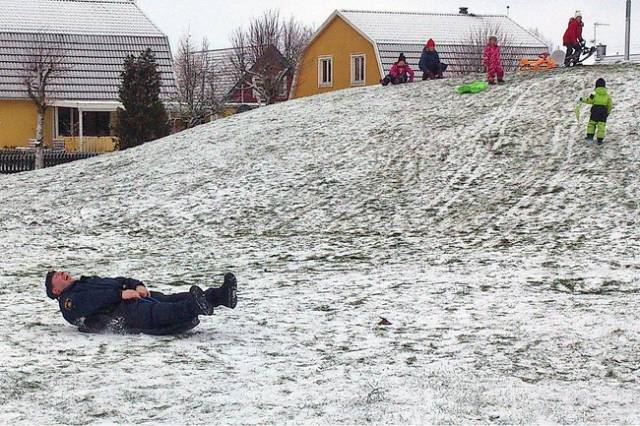 This police officer decided to borrow a snow sled and it was an awesome idea: he hadn’t laughed like this for ages! 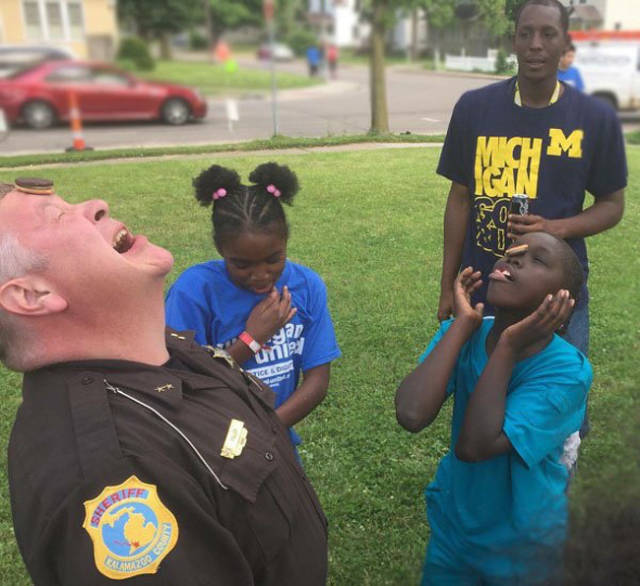 They don’t teach cops how to toss cookies from your forehead to your mouth in the Police Academy — and this is the result!

“We’ve decided to brighten your day a little.” 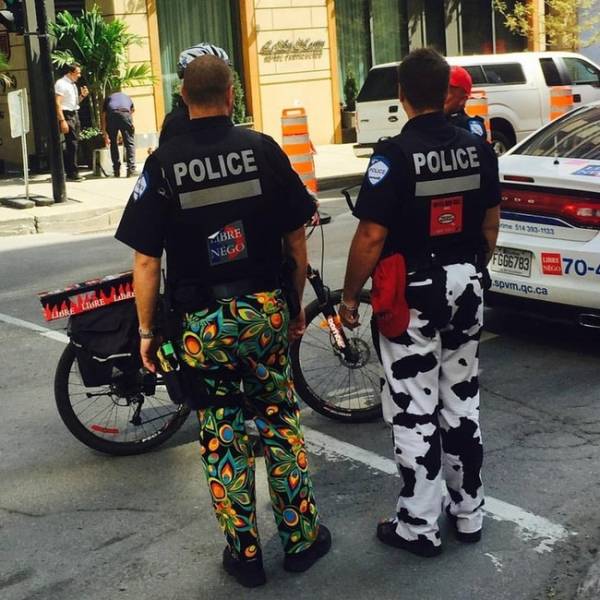 These cops from Montreal know that you shouldn’t judge a book by its cover. Why not surprise everyone with bright pants instead of dull ones? Some criminals might be caught off guard!