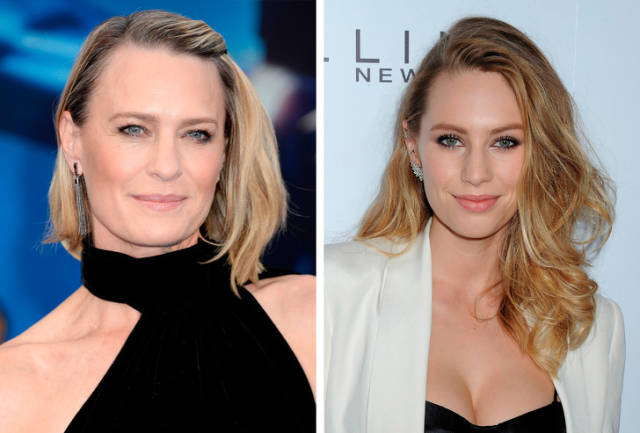 Robin Wright’s daughter, Dylan Penn decided to follow in her famous parents’ footsteps and works as an actress. She hasn’t had a lot of remarkable roles yet, but we are sure that this young, attractive woman has a bright future ahead of her. 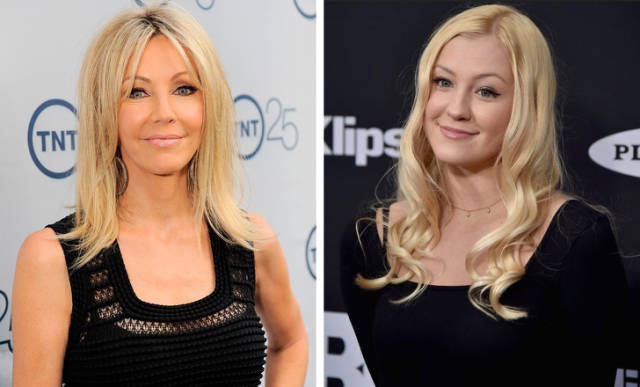 20-year-old Ava Sambora is the daughter of Heather Locklear and Richie Sambora, a guitar player from Bon Jovi’s band. Ava inherited her parents’ passion for art and has been successfully working as a model for a few years and currently is attempting to be an actress. When it comes to her title, Ava prefers the surname of her mother, Locklear. 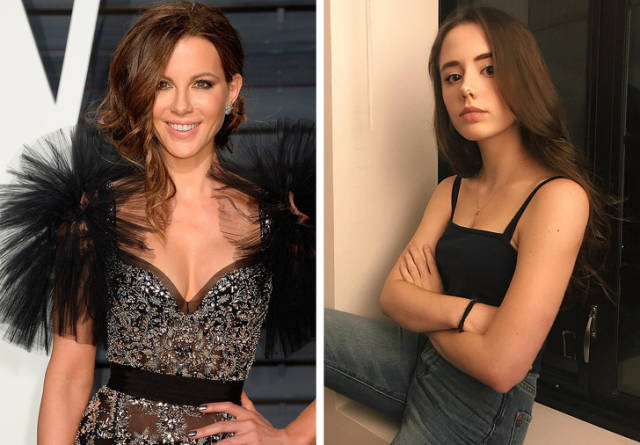 Despite the fact that Lily Mo was born into a family of actors, she is not looking for an acting career. During her childhood, she acted in movies like Underworld: Evolution (2006), Everybody’s Fine (2009) and Click (2006). Since then, she has given up on this career. Currently, Lily Mo is planning to enter college and lead the normal life of an 18-year-old girl. 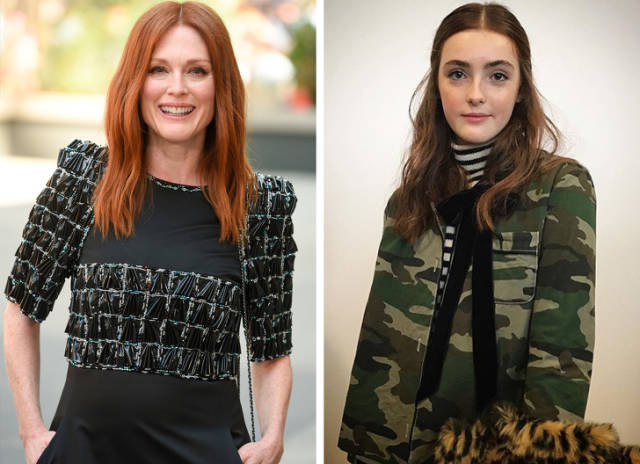 Julianne Moore’s daughter is only 16 years old but she is already head and shoulders above her mother. Bearing in mind that she has a bright appearance, she has a great chance of becoming a renowned model. Liv Freundlich has started her modeling career just recently but has already gained success. We are sure that soon we will see this redhead beauty on the major catwalks of the fashion world. 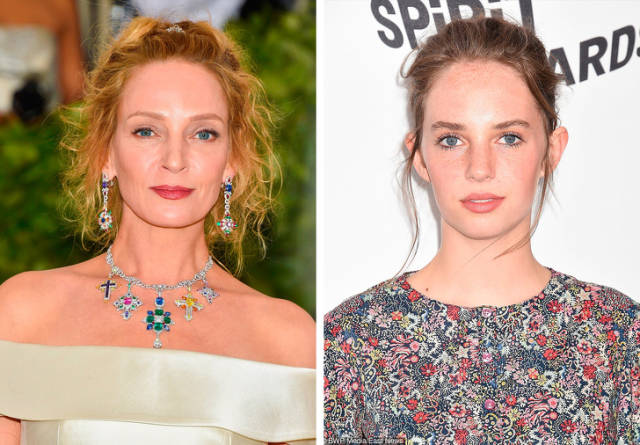 Maya Hawke grew up far away from the Hollywood life. Her parents Uma Thurman and Ethan Hawke kept their daughter away from the paparazzi and showed her to the world only when she turned 13. After that, Maya received numerous offers to work as a model but she chose only a few. Then she tried herself at acting. They say she is quite talented. 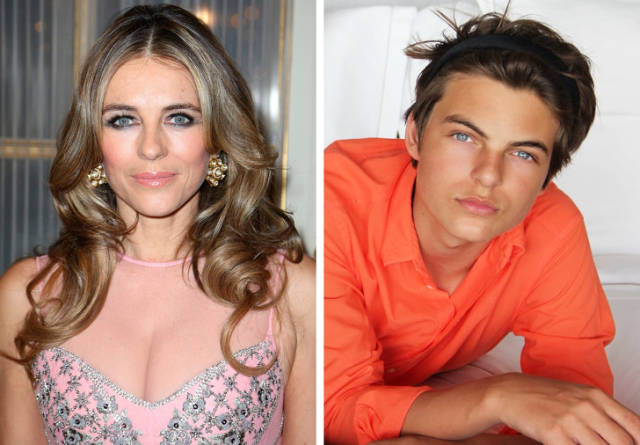 The famous model and actress’s son is only 16 years old but his bright appearance and expressive eyes seem to have determined his future profession. Damian has big advertising contracts and leads an active social life. 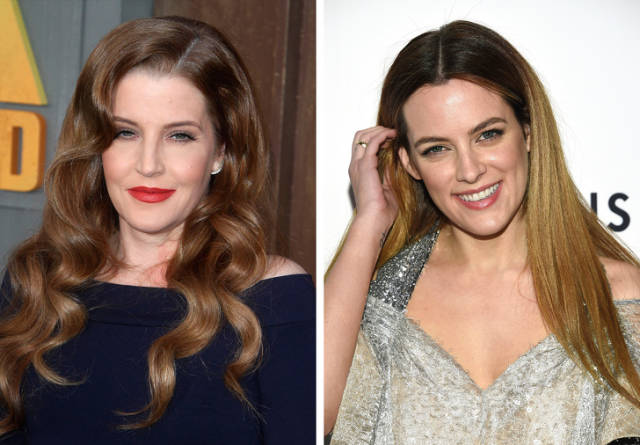 Riley Keough, the granddaughter of the legendary musician, Elvis Presley, didn’t follow in the steps of her singing mother. You can see this 28-year-old beauty in movies like Mad Max: Fury Road, The Runaways, and many others. It seems that a love for the arts runs in the family. The owner of the longest legs on the planet and famous supermodel of the 90s, Nadja Auermann must be very proud of her daughter. Cosima Auermann, inspired by her mother’s example, made her first steps into the modeling business. She’s already had a few remarkable advertising contracts. 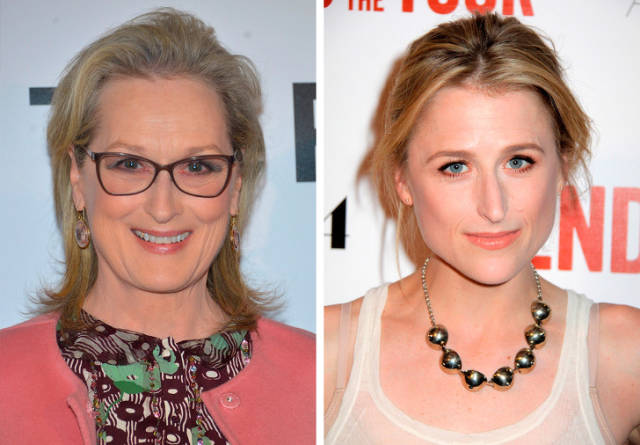 The prominent actress and winner of three Oscars, Meryl Streep is a happy wife and mother of four. Her two eldest daughters became actresses, but only one of them gained success so far. Mamie Gummer can be seen in the TV series, Emily Owens M.D. 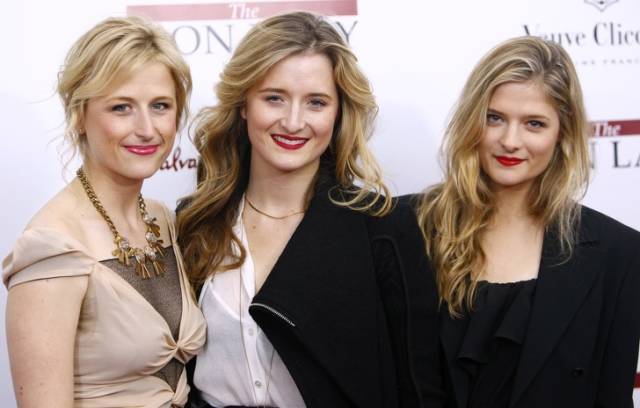 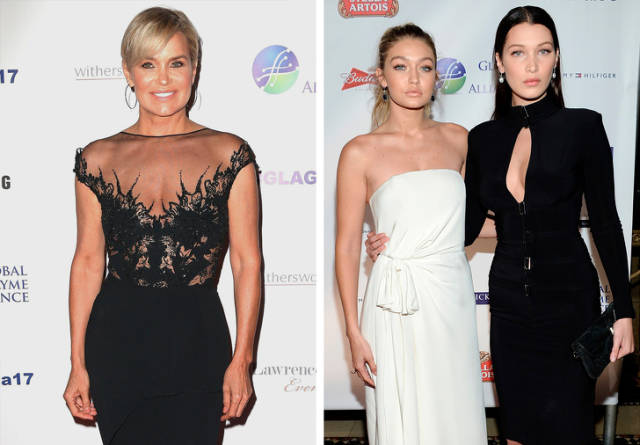 Yolanda Hadid must be proud of her two daughters Gigi and Bella who not only followed in their mother’s footsteps but actually overshadowed her! Very few people know that Bella continues to build her career despite suffering from chronic Lyme disease. We admire her strong spirit and wish her all the best. 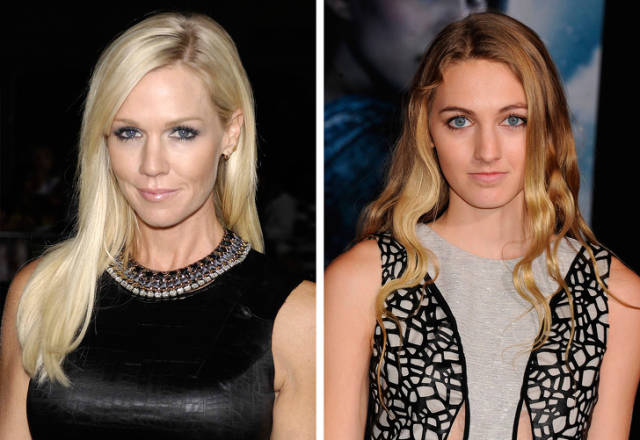 Jennie Garth became famous thanks to the iconic TV show, Beverly Hills, 90210 and she is a happy mother of three daughters who inherited her light hair and cute appearance. It’s hard to believe, but her eldest daughter Luca Bella is already 21. It seems that the movie industry is not the place of her dreams though. As it turns out, she’s still looking for her vocation. 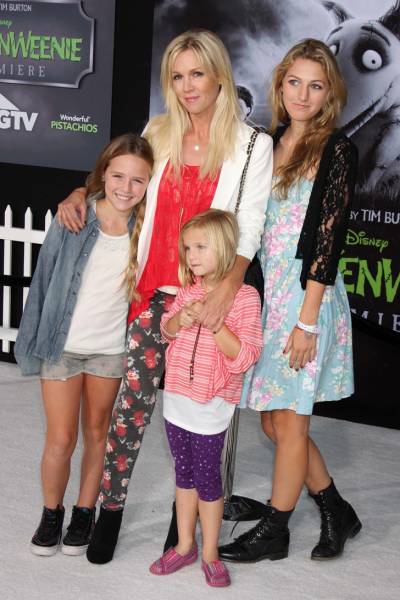 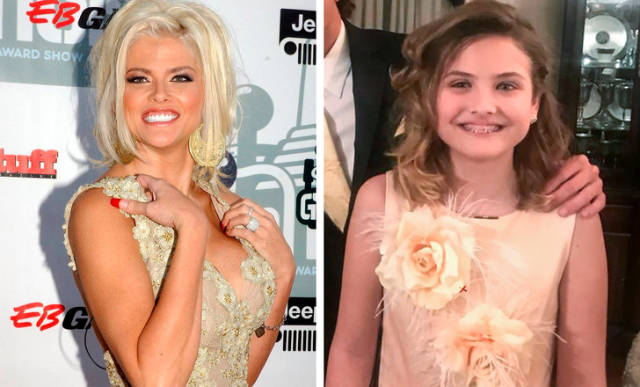 The bodacious actress and model, Anna Nicole Smith was undoubtedly an attractive woman. It seems that her best features were inherited by her only daughter, Dannielynn Hope. In her rare photos that her father Larry Birkhead shares with the public, it is obvious that Dannielynn will become a true beauty just like her late mom. 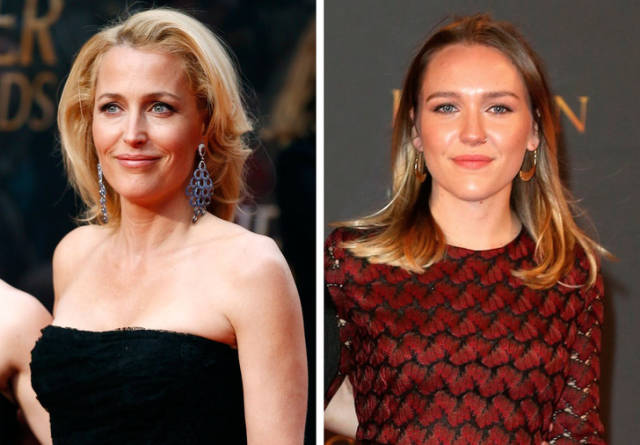 In honor of Gillian Anderson’s first child, the creators of The X-Files even named one of the episodes of Season 3 after her. However, Piper Maru is not planning to start an acting career just yet. Her only appearance on the big screen was in a small part on The House of Mirth in 2000.