They Found A Sick ‘Dog’ Curled Up In A Corner, But Later Realized It Wasn’t Actually A Dog At All (12 pics)

Two months ago, a California animal shelter received a call about an extremely sick dog. A local homeowner had found the animal curled up in a corner on her porch. Sharon Bertozzi knew something was wrong with the dog, so she immediately called the City of Folsom Animal Services. She explained that the animal was in such bad shape, she couldn’t even tell what kind of dog it was. 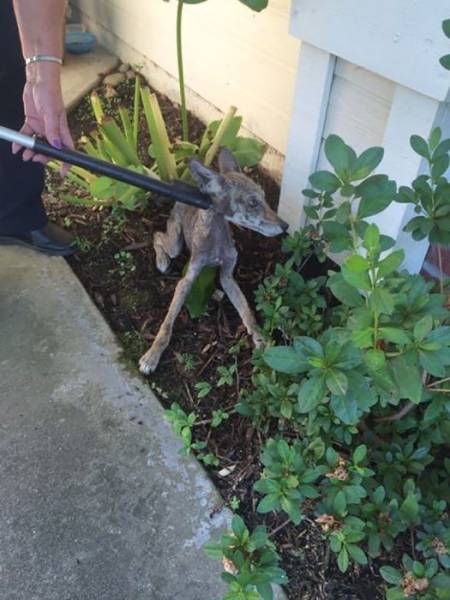 “At first this was thought to be a old very sick dog,” the department wrote on Facebook. “Upon taking a better look, it is really a young coyote with a really bad case of mange … This one was taken because [she] was right by a front door to a house and was not wanting to leave.” 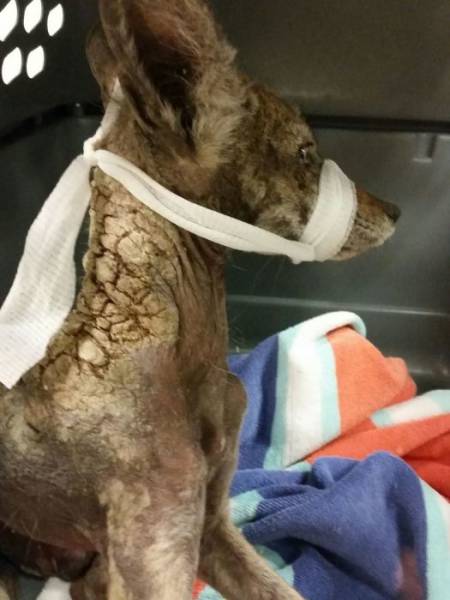 Nicknamed Princess, the young animal was taken into custody and treated for her severe case of mange that had caused her hair loss, skin irritation and a myriad of other problems. She was also suffering from severe dehydration. 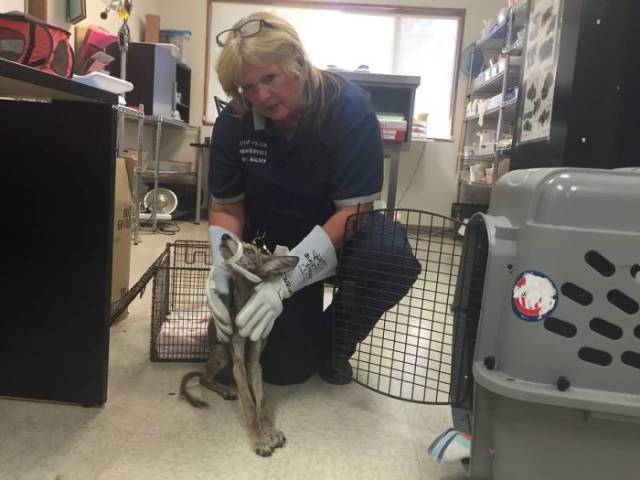 Her health was so bad that the tiny animal was transferred to Gold Country Wildlife Rescue for further care. The staff explains that she was given a really good bath to treat her mange. After, she was able to eat a little more because of the relief. 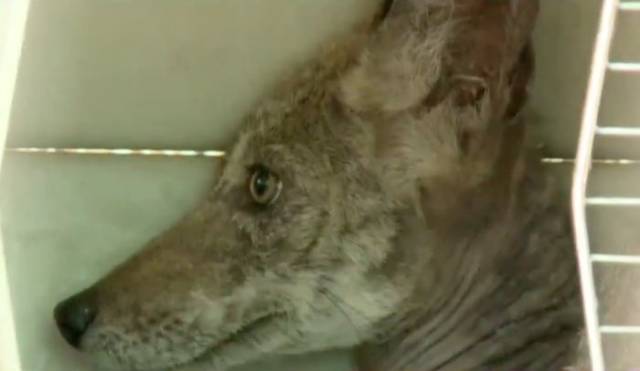 Princess had a long road of recovery ahead of her there, but the rescue organization said once she was healed she would be able to be released back into the wild. 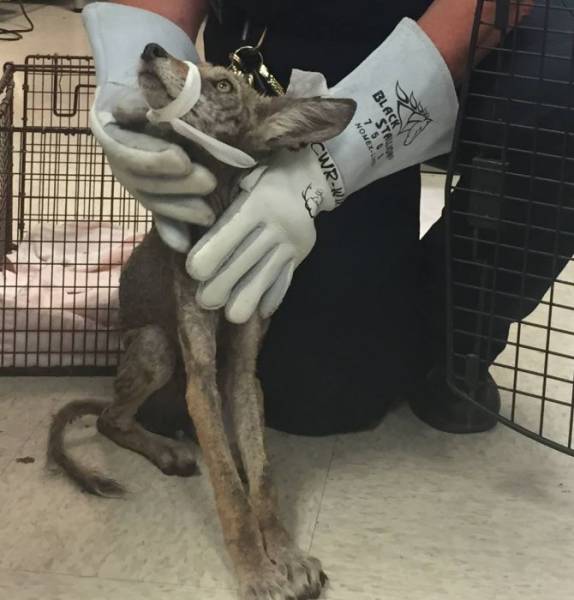 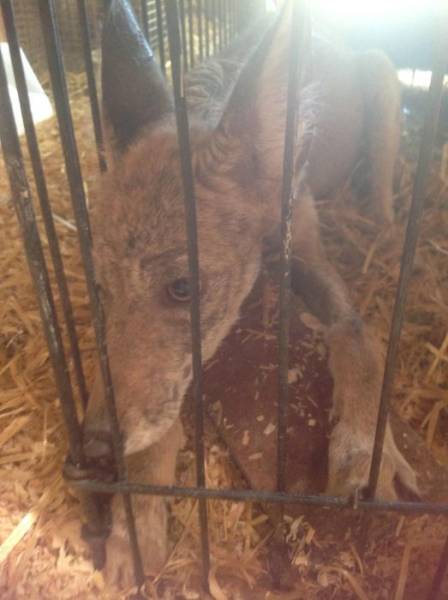 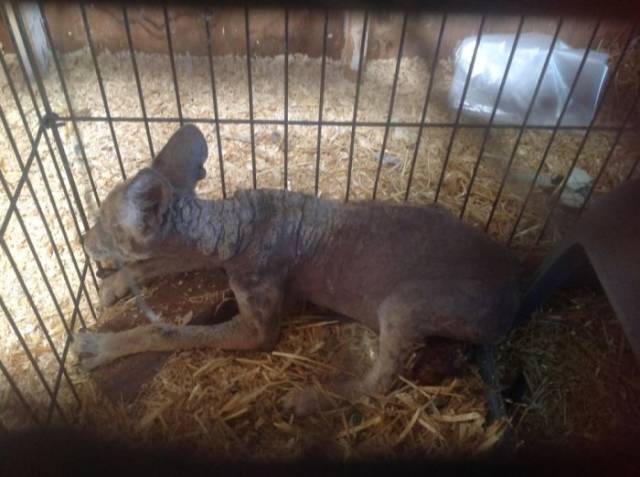 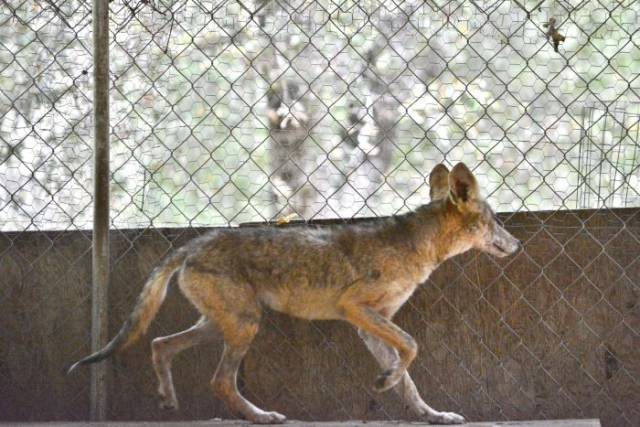 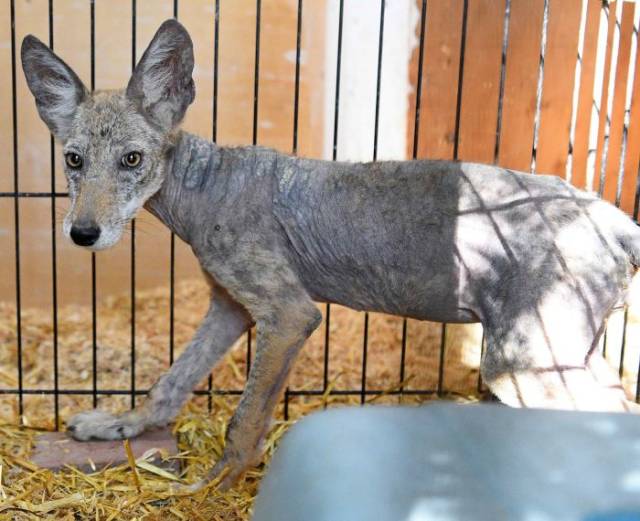 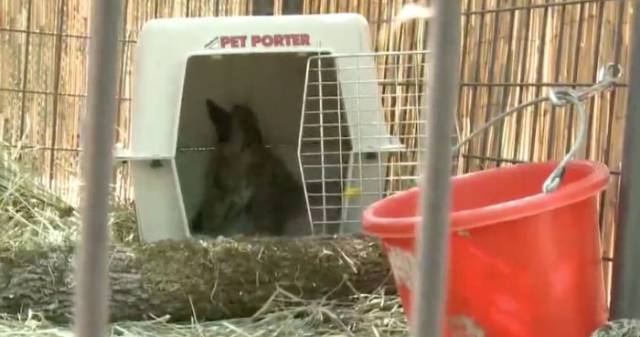 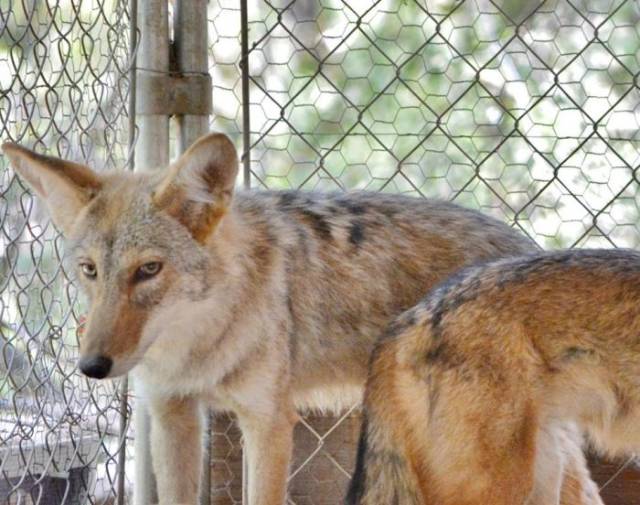 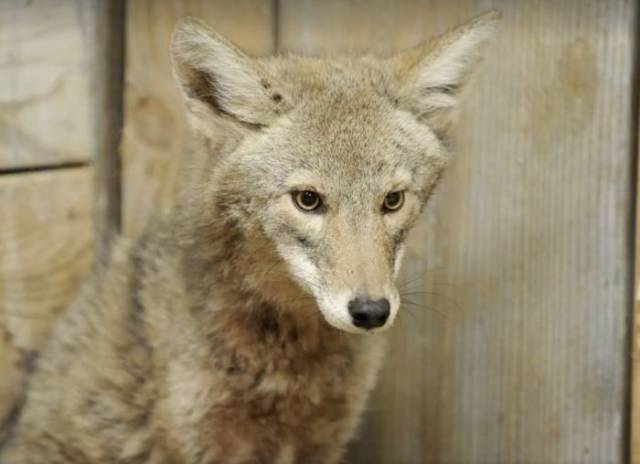