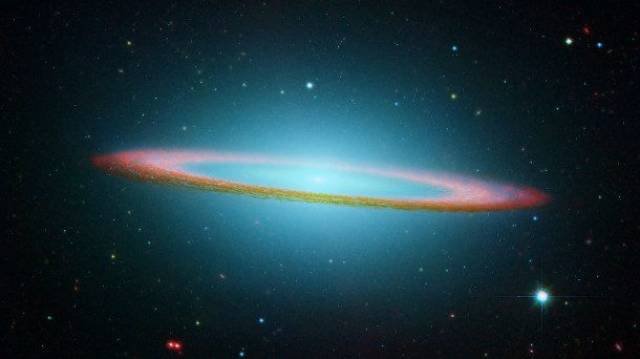 One of the most photogenic images in our universe, the Sombrero Galaxy is roughly 28 million light years away from Earth. It’s not hard to see where it gets its name from, and scientists suspect that it probably has a super massive black hole at the center. The image you see is actually a mash up of several other images taken by both the Spitzer and Hubble Space Telescopes. 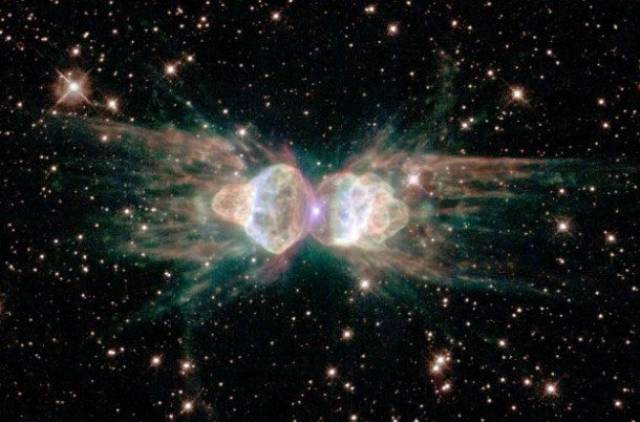 Resembling the body of an ant, what you are looking at is actually a star in process of dying. Those jets of gas being shot out into space are actually moving at about 620 miles per second. Don’t worry though, the nebula is located approximately 8,000 light years from Earth (from left to right the image above spans a length of about 1 light year) 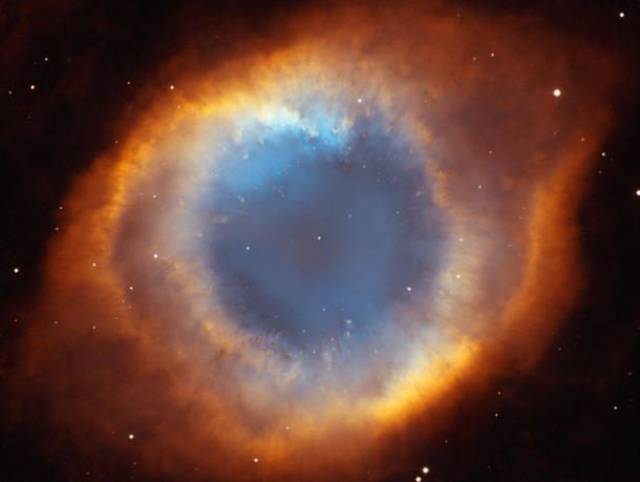 Taken in 2003 by the Hubble Space Telescope, this image of a dying star 700 light years from the Earth saw heavy circulation on the internet and became one of the most famous deep space pictures yet. 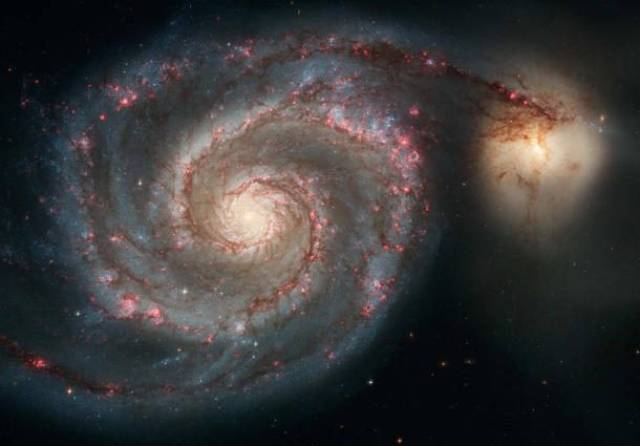 What has become a classic picture of deep space, the Whirlpool Galaxy is actually visible from Earth if you can get your hands on some quality binoculars. It is believed to spiral the way it does due to the gravitational disturbance caused by the dwarf galaxy in the upper right. 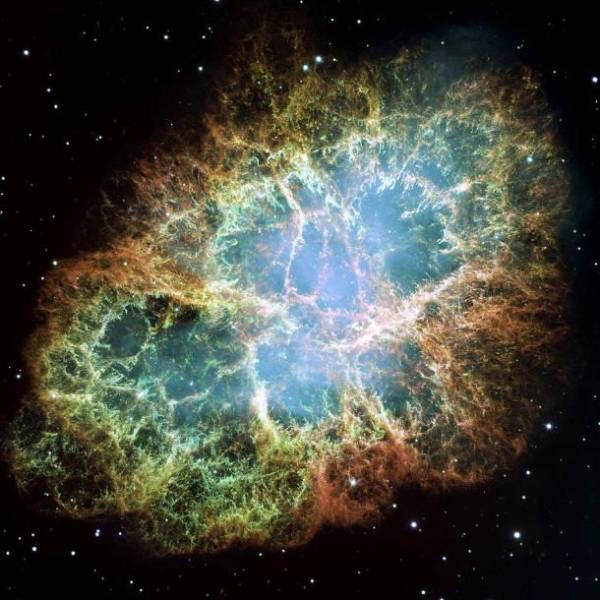 About a thousand years ago, a star exploded in the night sky and was recorded by astronomers all around the world. Records show that Chinese, Arab, and Native American stargazers all observed the event to be visible in broad daylight for almost 1 month and at night for over 2 years. It was until recently, however, that we could get a closeup. 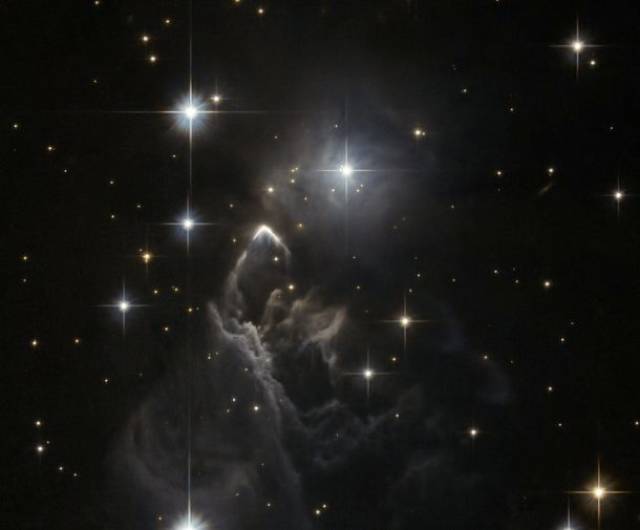 Its technical name being Nebula IRAS 05437+2502, little is known about this obscure nebula near the central plane of our galaxy. First discovered by the Infrared Astronomical Satellite (IRAS) in 1983, it was recently spotted again by the Hubble. 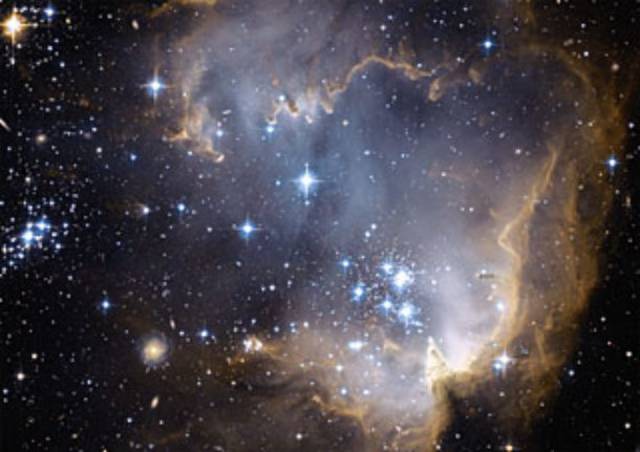 This star-forming region is quite interesting because the brightly burning new stars are radiating energy that’s eroding the nebula from the inside. 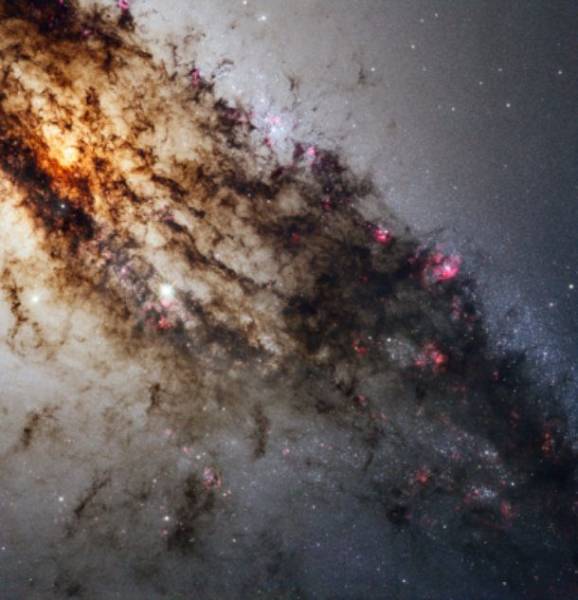 This image of Centaurus A using the most advanced instrument on the Hubble Space Telescope, Wide Field Camera 3, reveals previously concealed portions of this spectacular galaxy. 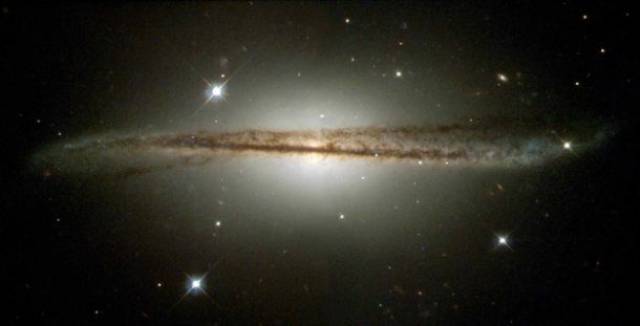 Technically named ESO 510-G13, this image gives you an idea of what a spiral galaxy like ours looks like when captured edge-on. 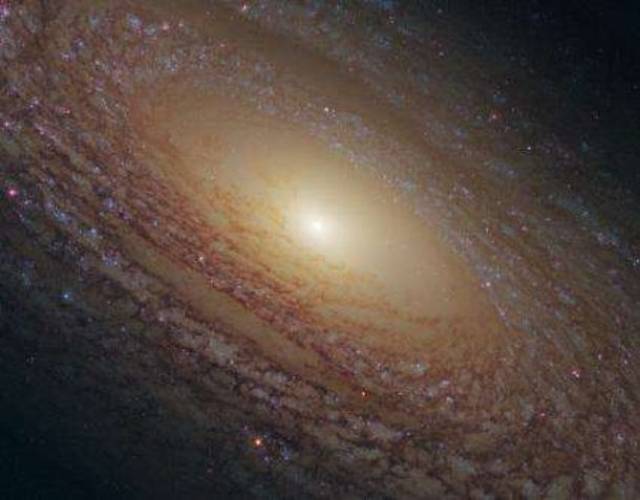 Unlike our galaxy, NGC 2841 has much shorter spiral arms rather than long extensive limbs and is therefore known as a flocculent galaxy. 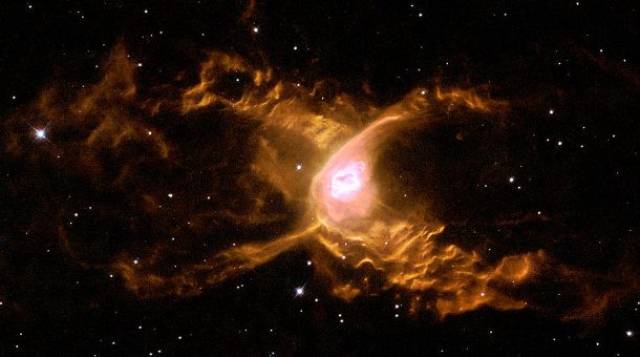 This extremely warm nebula is home to one of the hottest known stars in the universe, and it generates stellar winds with waves over 100 billion km high. 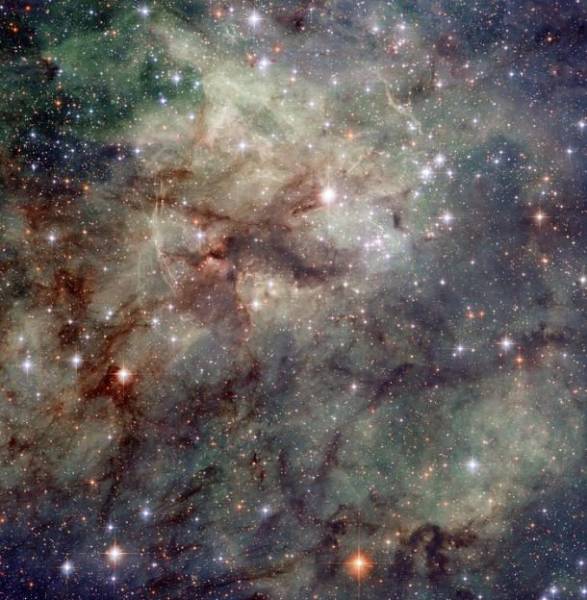 Consisting mostly of ionized hydrogen gas, this nebula located in the Large Magellanic Cloud is a place of extremes, and due to numerous supernova remnants, it’s one the brightest nebulae in our intergalactic neighborhood. Another fun fact – it’s home to the heaviest star on record. 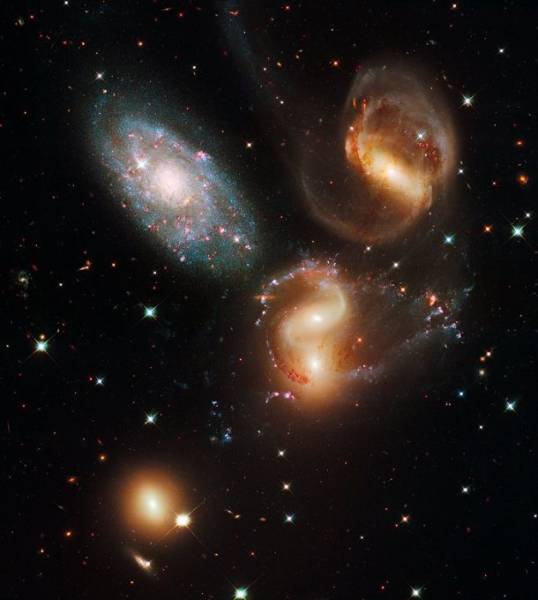 Known as Stephan’s Quintet, this group of galaxies appears to be constantly running into each other, making for some intense intergalactic stargazing. 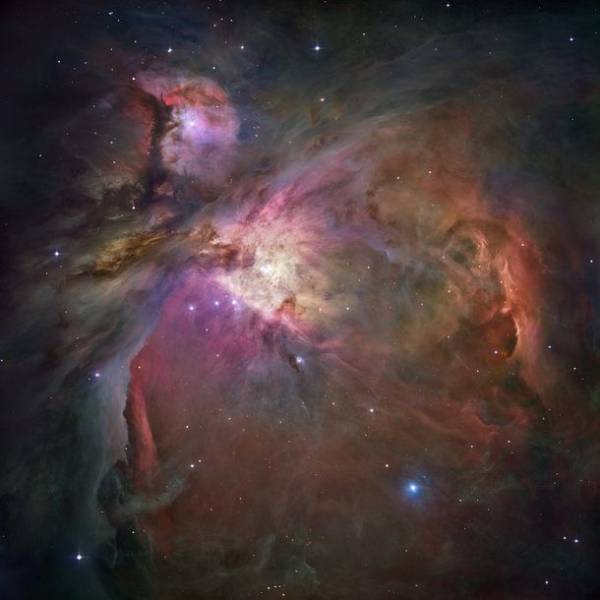 As the closest star forming region to Earth, the Orion Nebula is 24 light years in diameter and 1,500 light years from Earth. It’s actually visible to the naked eye if you look in the direction of the Orion constellation. 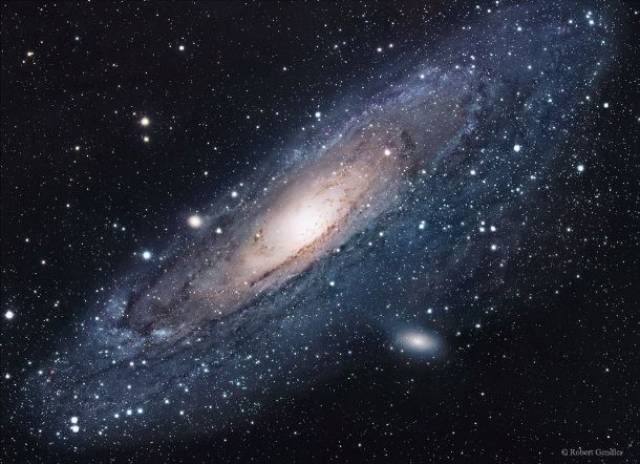 No list of space pictures would be complete without one of our nearest galactic neighbors, the Andromeda Galaxy. One of the only things in the night sky outside of the Milky Way that is visible with the naked eye, it spans approximately 200,000 light years. 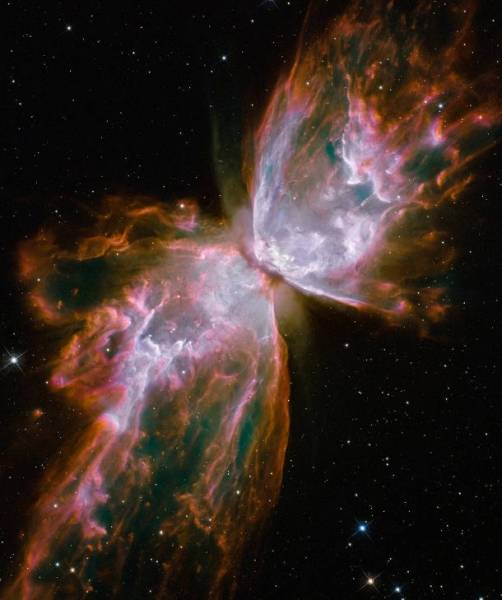 Also known as the Bug Nebula, this interstellar cloud of dust and gas can be found about 4,000 light years from the Earth. The dying star in the middle of this fiery explosion is actually 200,000 degrees Kelvin. 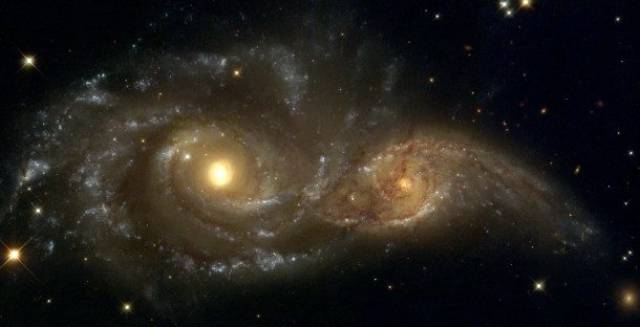 Just like anything else in the universe, galaxies can collide into one another. The two captured above will eventually come to form one elliptical galaxy, but the process will probably take over a billion years. 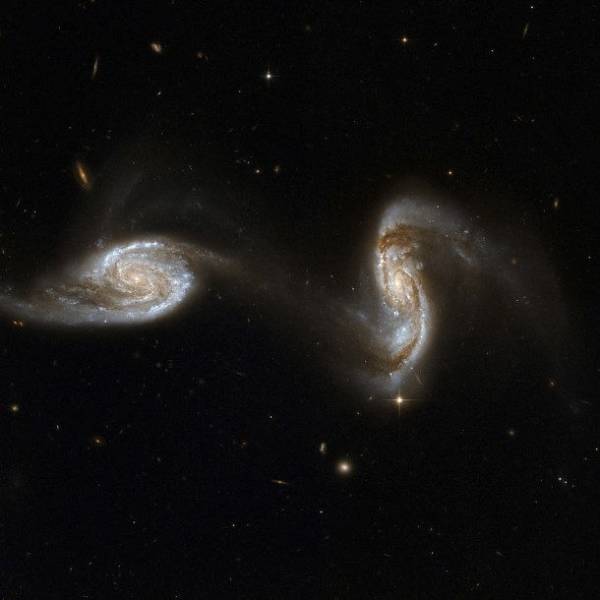 While some galaxies just go ahead and crash into each other head on, others will try to steal one another’s stars first. What you see above is actually known as tidal stripping where the larger galaxy sucks the stars out of the smaller galaxy before the two merge into one after billions of years. 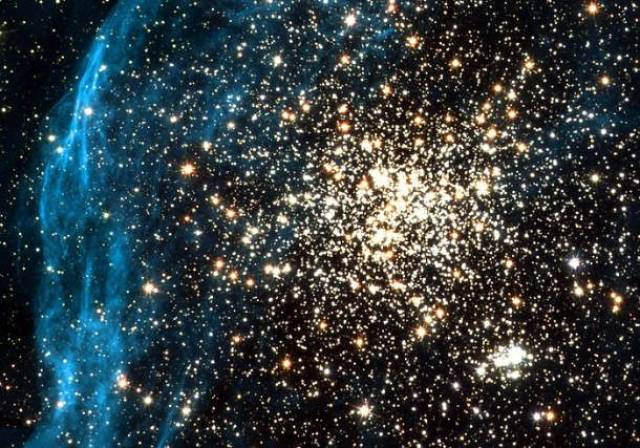 Found in the Large Magellanic cloud, one of the closest galaxies to the Milky Way, this crowded cluster of young stars gives us a look into the intensity of the star formation process. 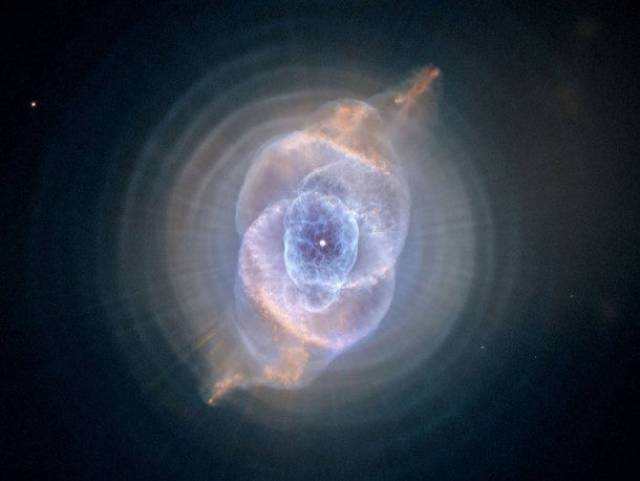 As the first planetary nebula to be discovered in the night sky, the Cat’s Eye is also one of the most complex. These type of nebulae occur when dying stars eject their gaseous outer layers into space. 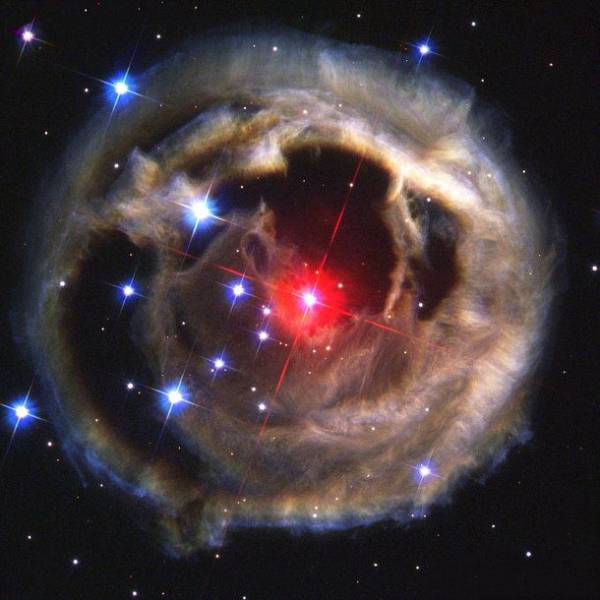 In 2002, the star V838 Monocerotis suddenly became 600,000 times brighter than the Sun. In fact, for a few weeks, it was the brightest object in our galaxy. Moreover, due to something known as a light echo illuminating its surrounding rings of gas, the star appeared to be expanding rapidly as well, making it one bizarre star. It has since died down, however, and astronomers are still not sure what caused the outburst. 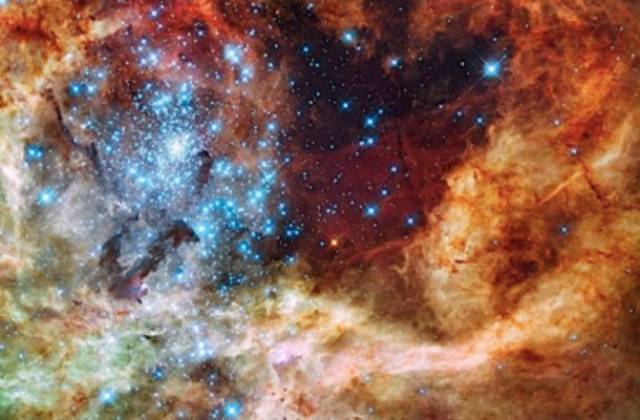 This colorful image shows an extremely volatile region of the Large Magellanic Cloud near our galaxy, the Milky Way. The red gasses you see are hydrogen, the green are oxygen, and the blue “diamonds” are actually some of the largest known stars in the universe with several being hundreds of times bigger than the Sun. 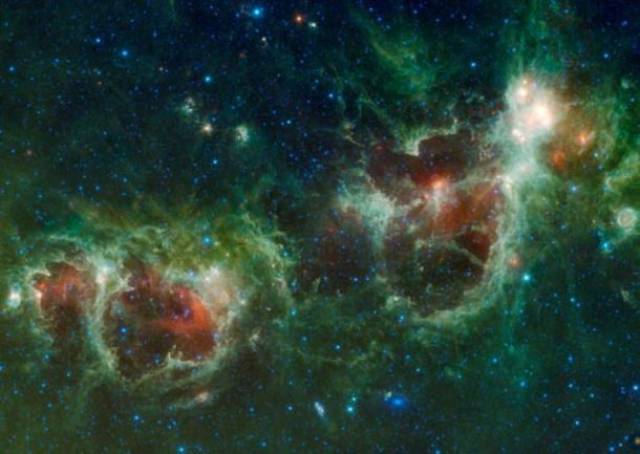 This infrared picture captured by Wide-Field Infrared Survey Explorer shows the Heart Nebula on the right and the Soul Nebula on the left. Located about 6,000 light years from Earth, the image above spans a distance of about 580 light years. 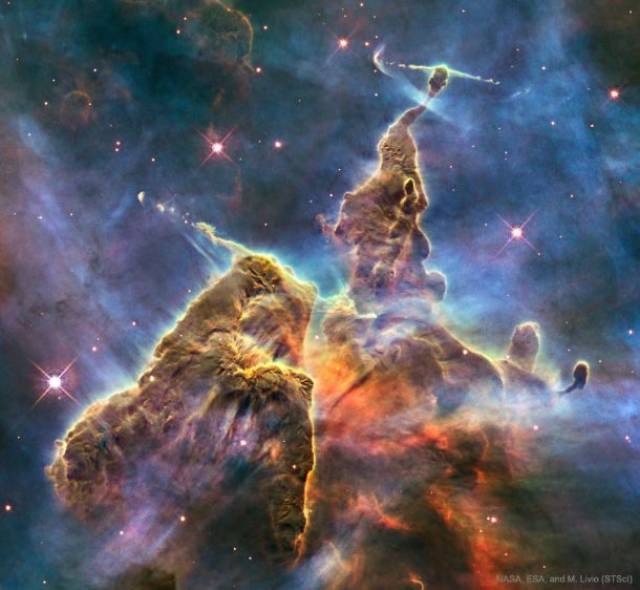 Home to Eta Carinae, a star four million times brighter than the Sun, the Carina Nebula is a cloud of gas 300 light years in length that can be found around 7,500 light years from the Earth.

The Pillars of Creation 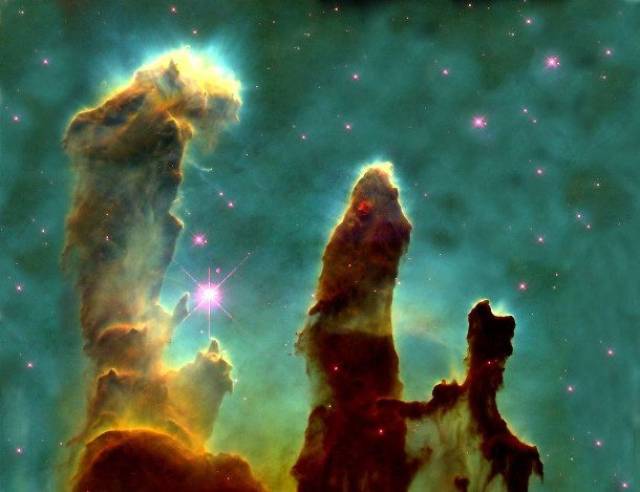 There are few things in this universe that can make you feel smaller than this now famous image of what has come to be known as the “Pillars of Creation.” An aptly named cloud of dust and gas, it is responsible for the birth of millions of new stars and can be found 6,500 light years away from Earth. Each one of those gaseous arms you are looking at are in fact trillions of miles long.