How Russia’s Toughest Prison Looks From The Inside (15 pics) 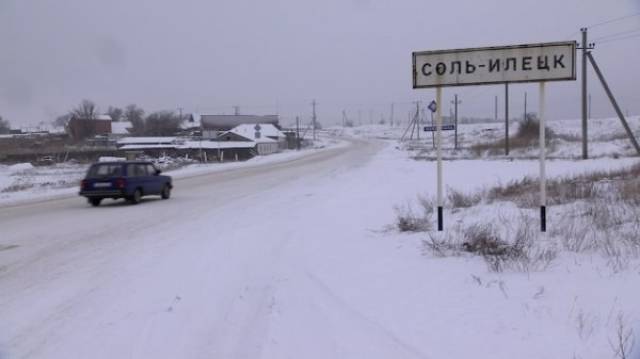 Located near the Kazakhstan border, ‘Black Dolphin’ contains Russia’s worst criminals, all with a life sentence (or more). According to the prison lieutenant, once they’ve arrived, inmates must accept that they’ll only ever leave in a bodybag. No one has ever escaped. The black dolphin statues outside the prison are said to instill fear in even the most hardened criminals thanks to the prison’s reputation. 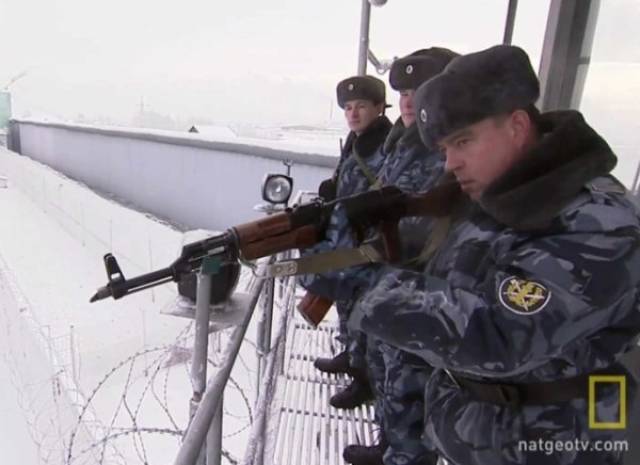 There are approximately 900 guards and 700 prisoners, most of which are serial killers, along with pedophiles, cannibals, and terrorists.

Combined, they’ve killed about 3,500 people, which is an average of five murders per inmate. 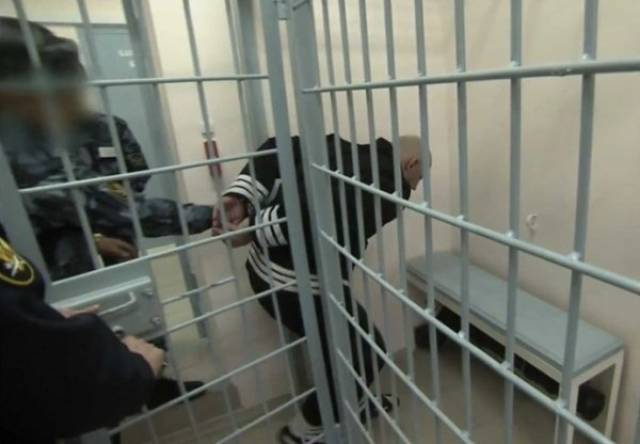 Prisoners are essentially kept in a “cell within a cell” because each cell is behind three sets of steel doors. 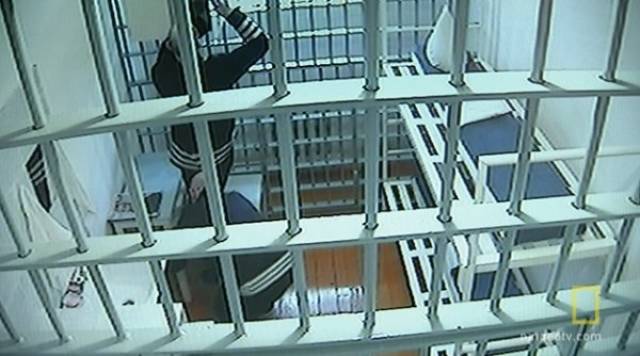 Prisoners either live in a cell alone or share a 50-square-foot cell with another inmate, depending on circumstances. 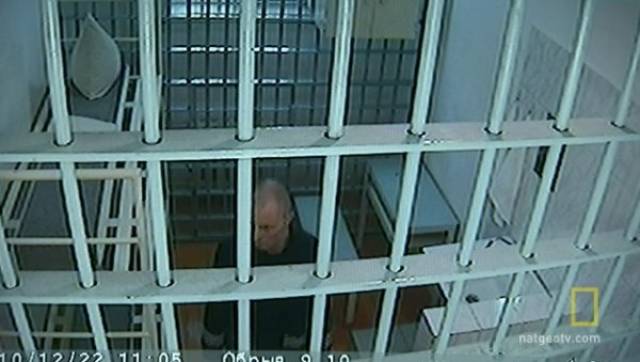 Cells are kept under 24 hour surveillance through cameras and checked in person every 15 minutes.

At night, a bright light is kept on, and prisoners are not allowed to cover their heads under the blanket. 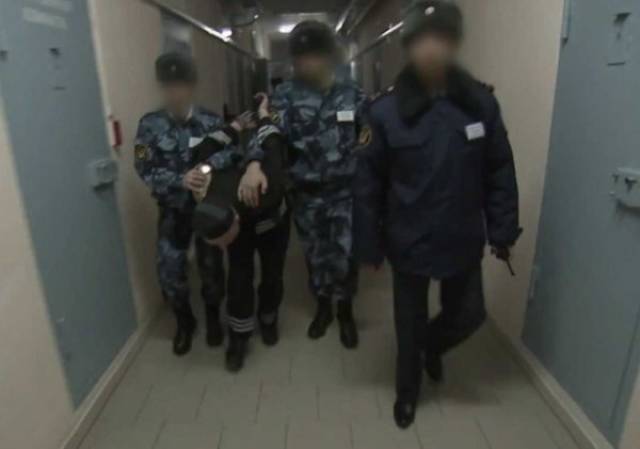 When inmates leave their cells, they’re forced to walk bent at the waist. This unique “stress position” gives the guard full control and also stops the inmates from learning the layout of the prison. 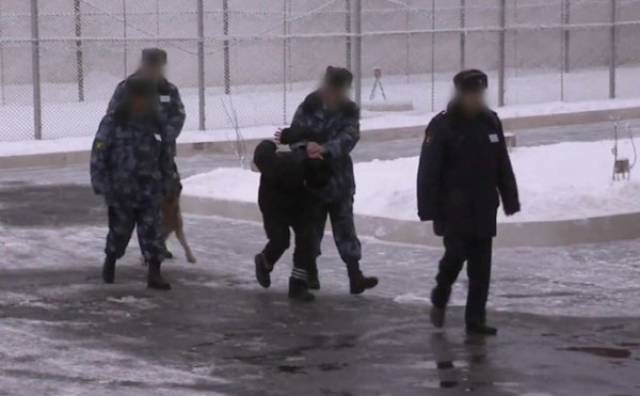 When walking outside, inmates are also blindfolded. 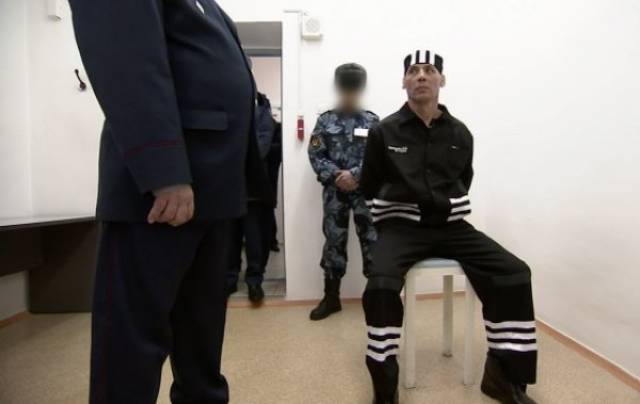 In a documentary for National Geographic, Vladimir Nikolayev explained that he was in prison for cannibalism. In reference to his first victim he said “I cut off a piece of meat off his thigh and boiled it. I tried it and didn’t like it, so I chopped it up and fried it in a frying pan”. 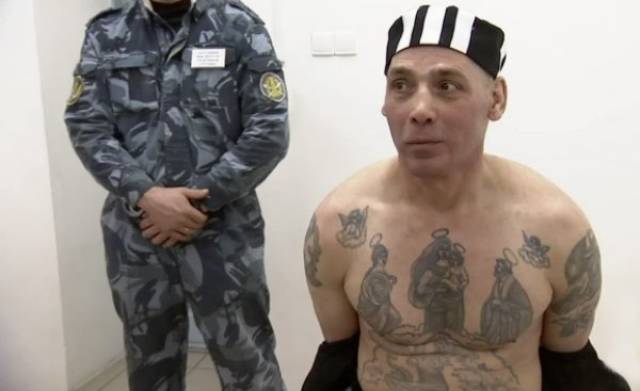 Like many prisoners there, Nikolayev is covered in tattoos he received on the outside, some of which even depict the crimes he’s committed. 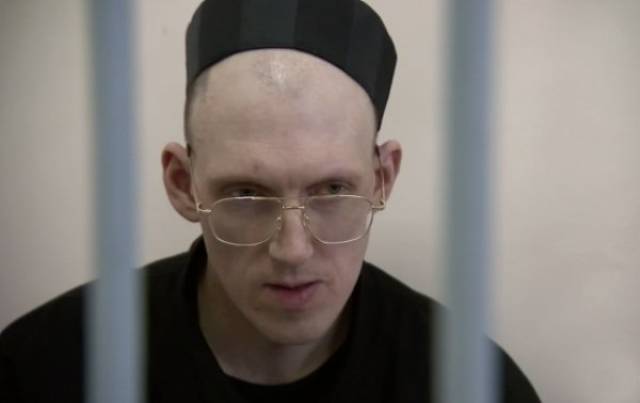 Another inmate, Nyikolaj Asztyankov, is there for killing an entire family and burning their bodies in the forest. In his interview he said “If you constantly think about how you are here, what is waiting for you, that you won’t ever get free, that you are left here alone, you simply won’t make it”. 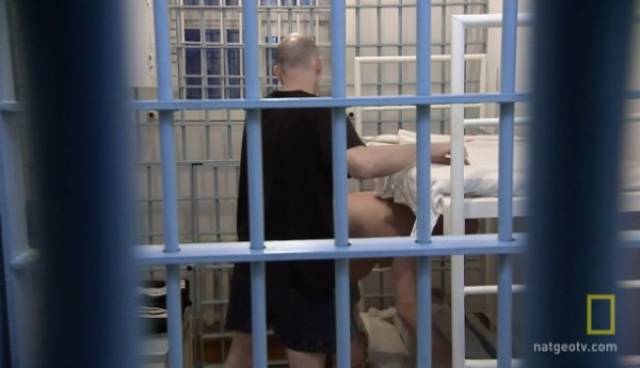 After inmates are woken up at 6am, they are not allowed to rest or sit on their beds again until 10pm. Black Dolphin does not have a cafeteria. Instead, prisoners are fed soup and bread everyday through their cells. 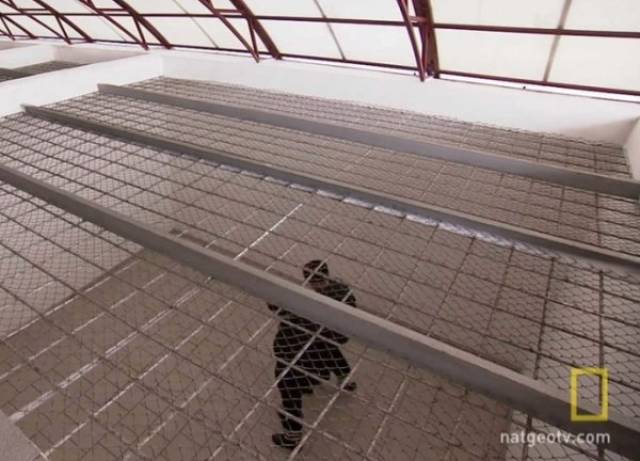 Each day, prisoners are allowed 90 minutes of exercise in a larger cell that consists of pacing back and forth. During which time, their cells are checked for contraband. 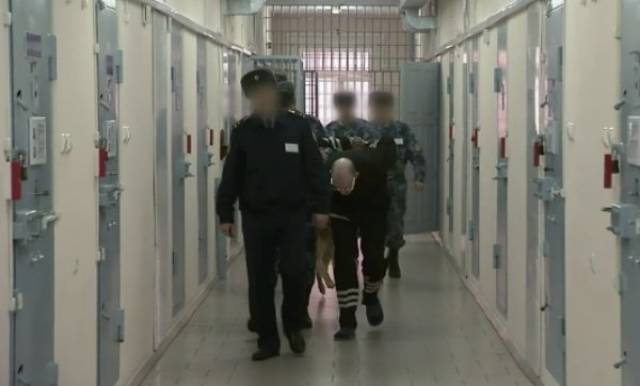 In order to keep the guards from feeling bad for the inmates, their crimes are often written on their cell doors to remind them why the prisoners are there.

Guard Denis Avsyuk said “To call them people, it makes your tongue bend backwards just to say it. I have never felt any sympathy for them”.