Clouds Can Look However They Want To (25 pics) 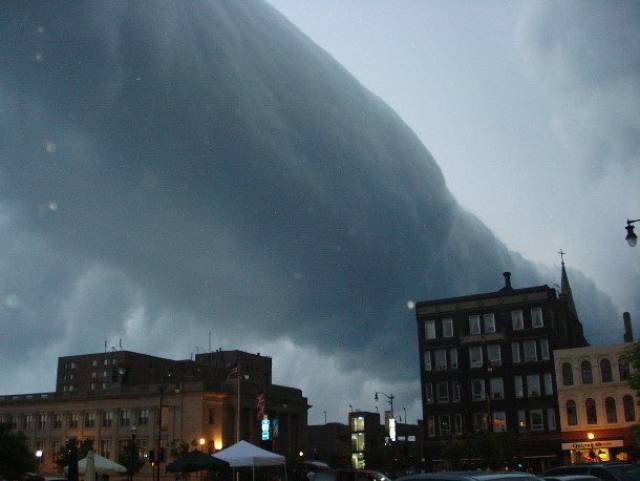 Often associated with thunderstorms or cold fronts, these clouds are usually low and tube shaped. 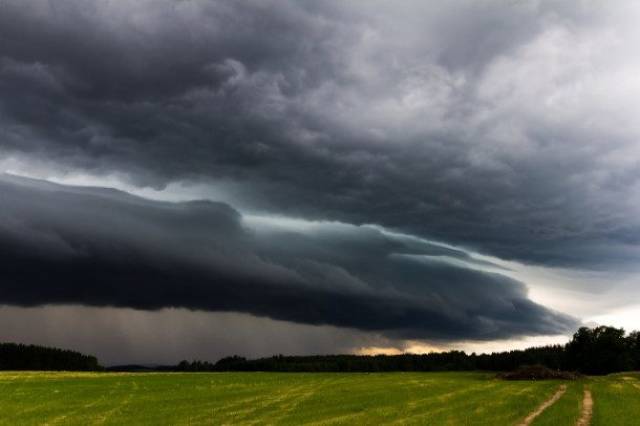 Also associated with cold fronts and thunderstorms, shelf clouds differ from roll clouds in that they are usually attached to the parent cloud directly above.

These slim, horizontal spirals tend to dissipate quickly after their initial formation making observation difficult. These wave-like clouds are caused by a difference in velocity across the interface of two fluids. In layman’s terms, you’re most likely to see these clouds when wind blows above the water. They are also referred to as Kelvin-Helmholtz Billow clouds. 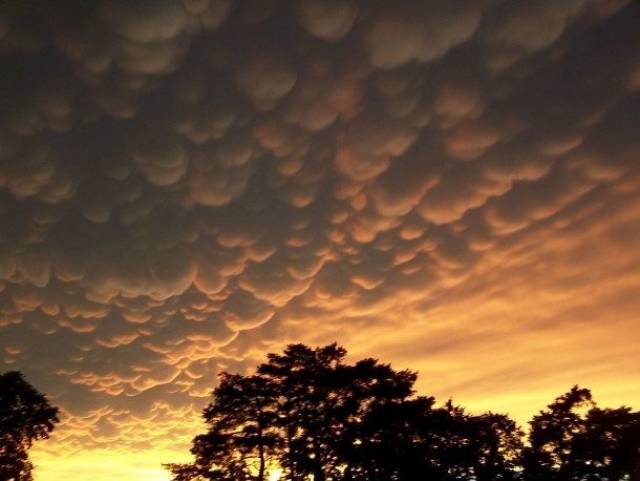 These rare pouch-like clouds usually form after the thunderstorm has passed. Contrary to “common knowledge,” they do not indicate an imminent tornado (although they do look ominous). 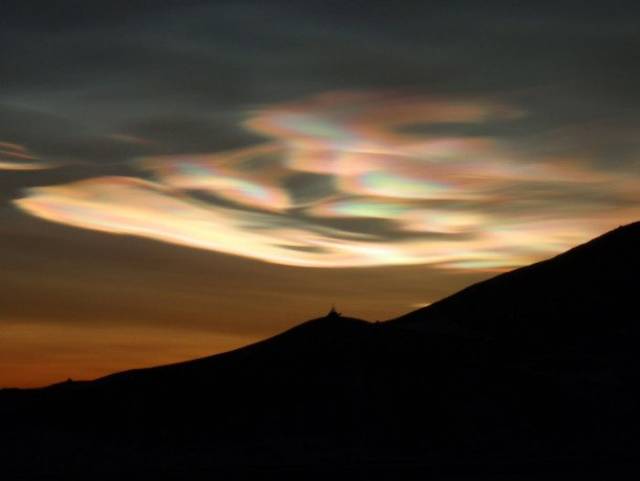 Sometimes referred to as “mother of pearl” clouds, these can be found at altitudes of up to 20 miles. Usually seen in polar regions near the poles, they are known for their iridescent colors. 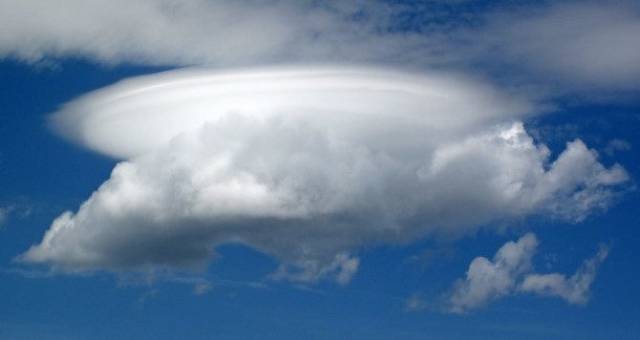 Also known as scarf or cap clouds, these high-flying clouds generally hover over the top of larger cumulonimbus clouds. 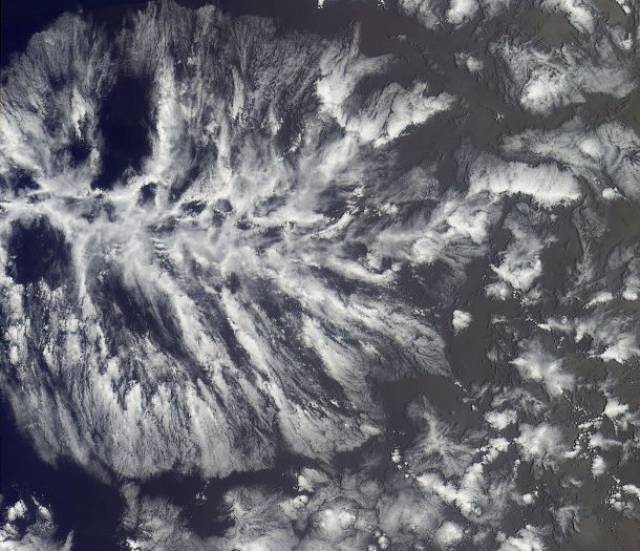 Hard to see with the naked eye, this formation is best observed from space. In satellite images, they have a distinct leaf or wheel like pattern that sets them apart from the background. 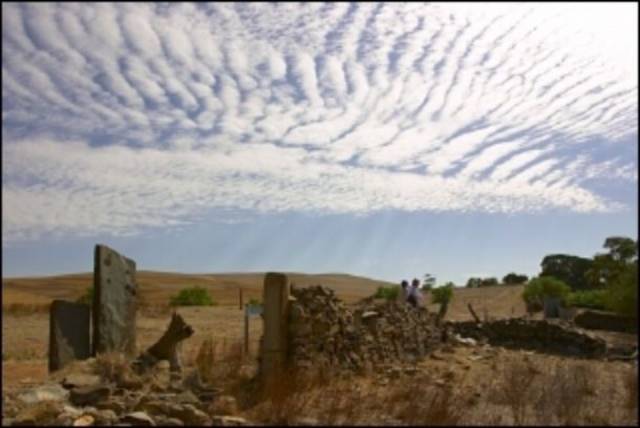 These clouds are usually formed by waves of air that flow over a raised land feature such as a mountain range. 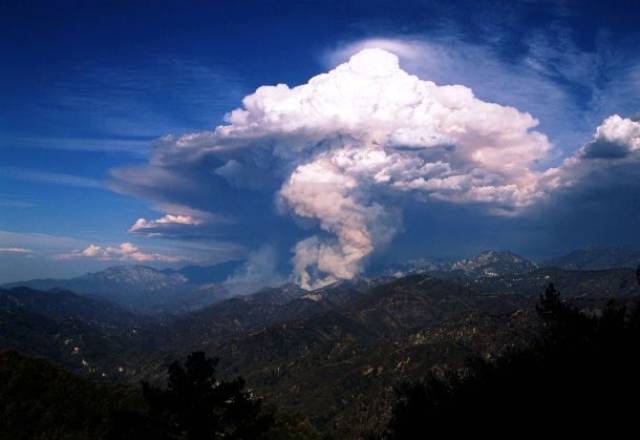 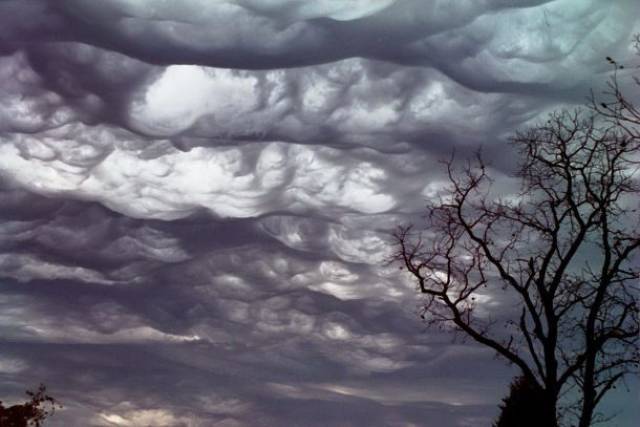 Nine years after first being submitted, this odd cloud formation was finally accepted by the International Cloud Atlas of the World Meteorological Organization in 2017. It was the first addition since 1951. What’s unique about these clouds is that they are undulate (or wave up and down), and quite honestly, they are kind of creepy and ominous. These clouds are typically low-lying and form in wave-like weather fronts. 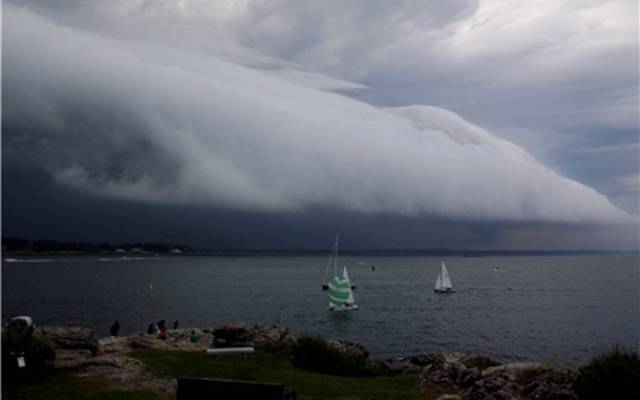 Although both rolling and shelf clouds fall into this category, there are several other less famous types as well. 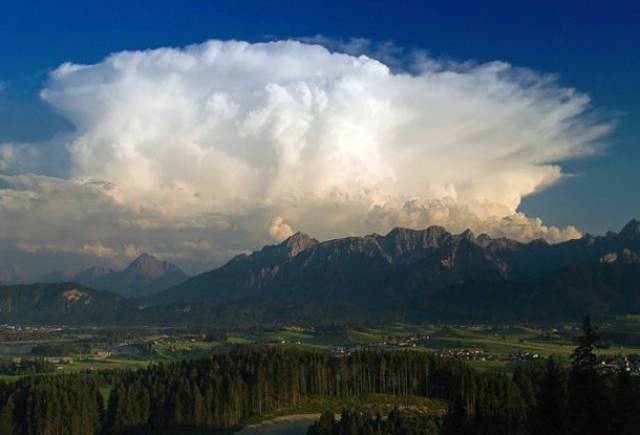 The highest of the primary cloud genera, this cirrus variety is formed out of fine wisps of ice crystals. 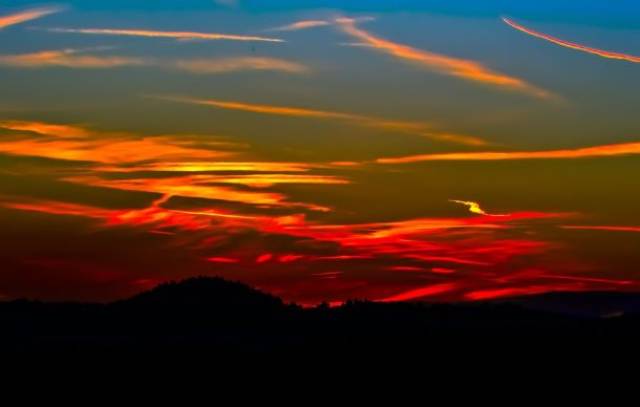 Although they are not naturally occurring cloud formations, these vapor trails are technically a type of cirrus cloud known as cirrus aviaticus. 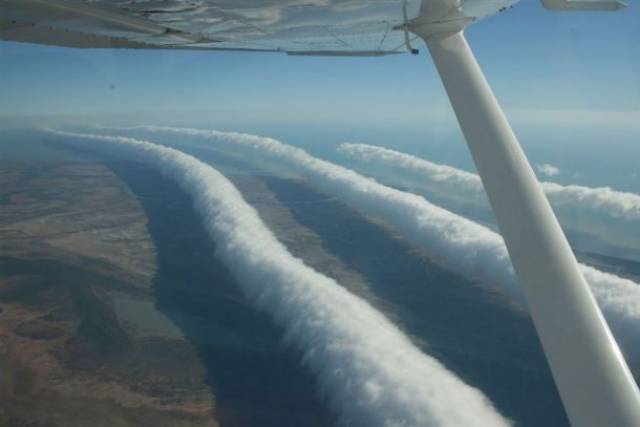 This rare phenomenon is hard to observe due to its unpredictable nature. In fact, the only place where it occurs consistently is northern Australia. 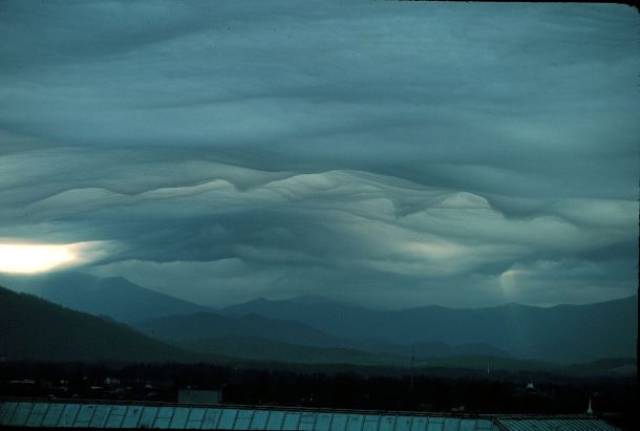 Also known as wave clouds or wind row clouds, they generally run parallel but can also appear to interweave with one another. 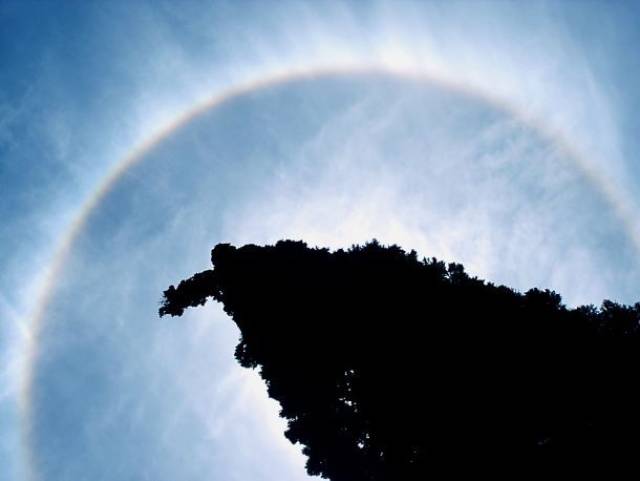 Formed by rising air, these clouds are hard to see unless illuminated in just the right amount of sunlight. Coincidentally, this lighting typically forms a halo. 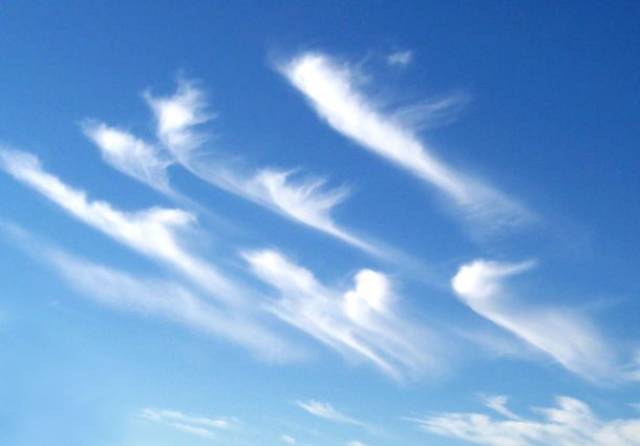 In Latin there name means “curly hooks.” They are generally very sparse in the sky and extremely thin. 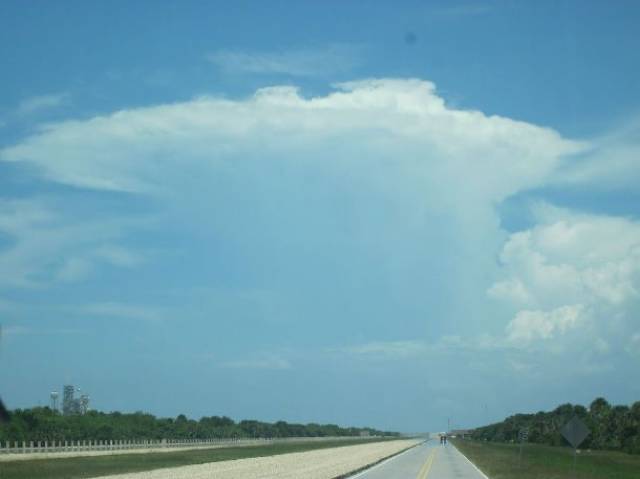 With its characteristic flat, anvil shaped top, this cloud can easily form into supercells and generate severe weather patterns such as tornadoes. Also known as fallstreak hole, these anomalies are formed when the water temperature in the clouds is below freezing but the water hasn’t frozen yet. Quite often they are associated with UFO sightings. 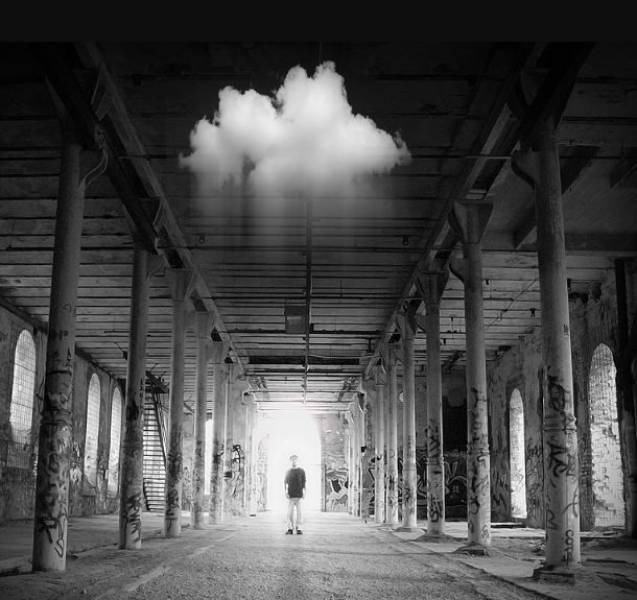 It may seem impossible, but in fact, several artists have used various techniques of creating the ideal conditions for indoor clouds to form as part of their artwork. 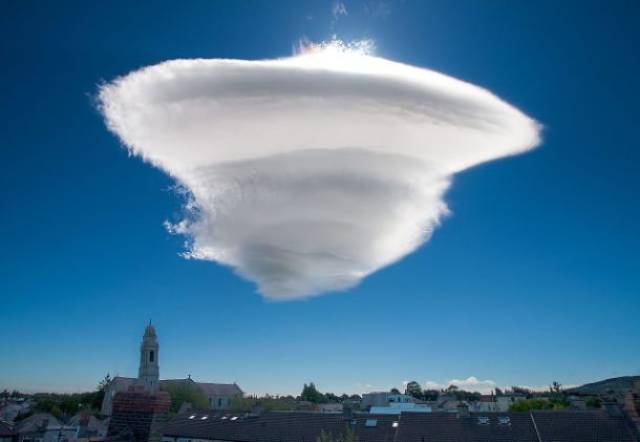 These stationary, lens shaped clouds usually form when moist air flows over the side of a mountain range. Although typically associated with nuclear weapons, any large blast is likely to produce a mushroom cloud, including volcanic explosions and meteorite impacts. 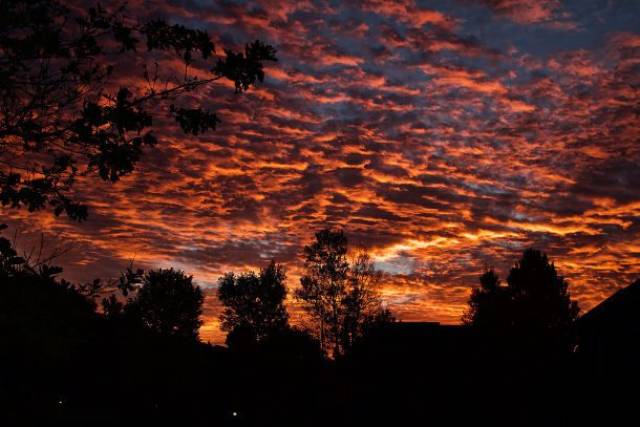 Also known as jellyfish clouds due to their interesting appearance, these form when moist air gets trapped between two layers of dry air. 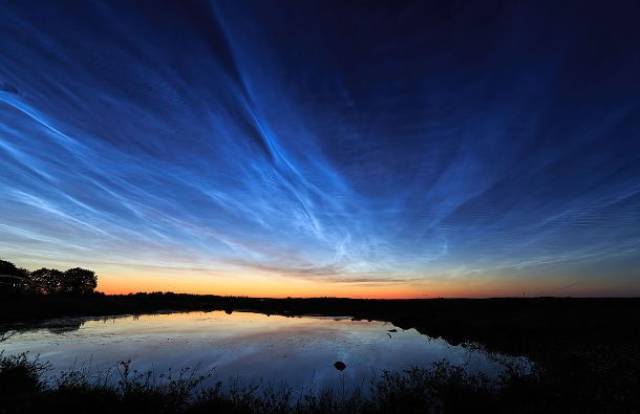 Possibly the least understood cloud formation in the atmosphere, these clouds are also the highest. Residing at an altitude of over 80 km, they literally sit on the verge of space and are usually only seen closer to the poles. To see them, however, conditions have to be just right, with the sun below the horizon providing the right angle of illumination.