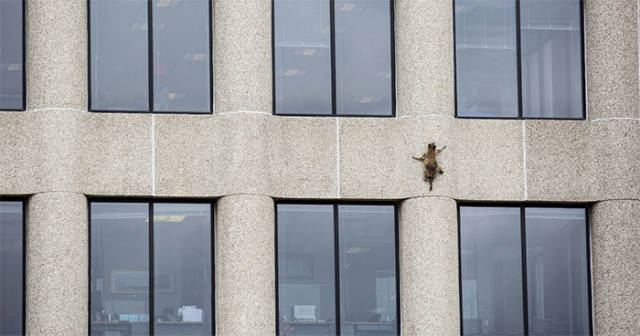 Someone spotted him chilling on 22th floor 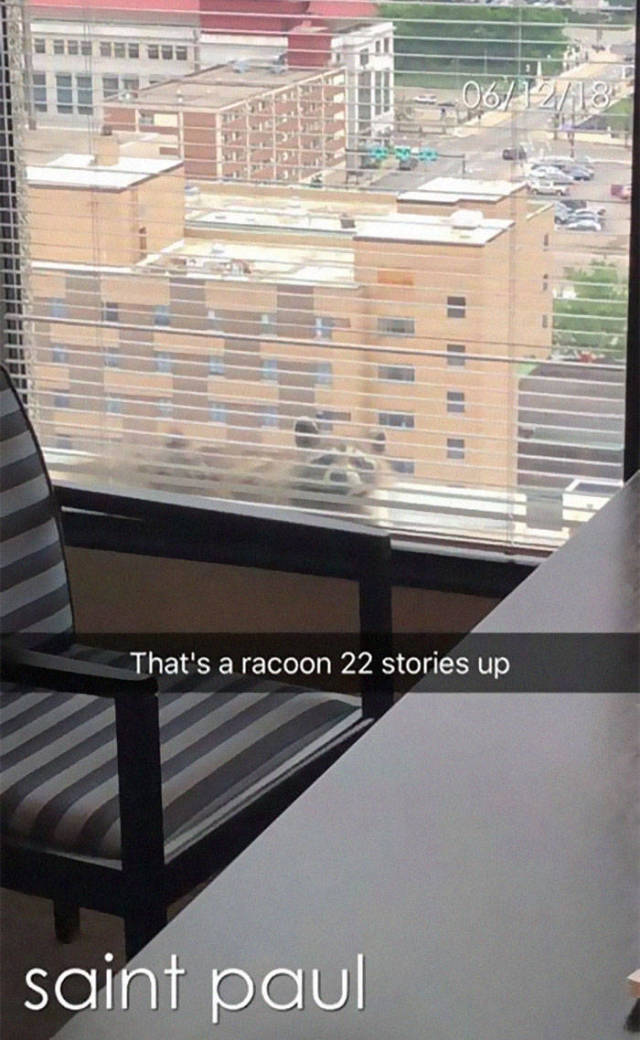 It looks much scarier from outside, though 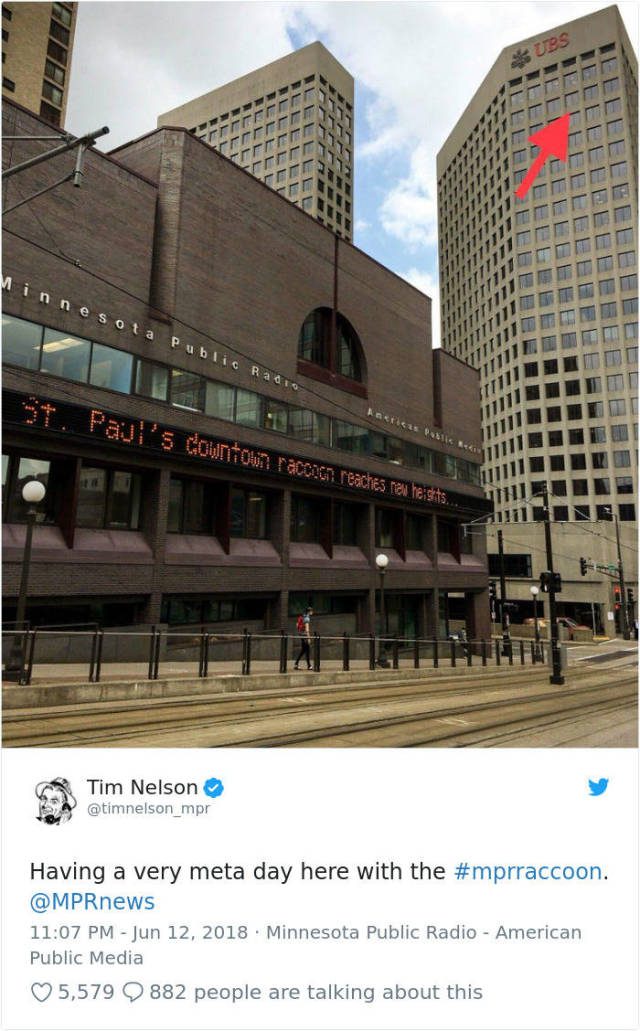 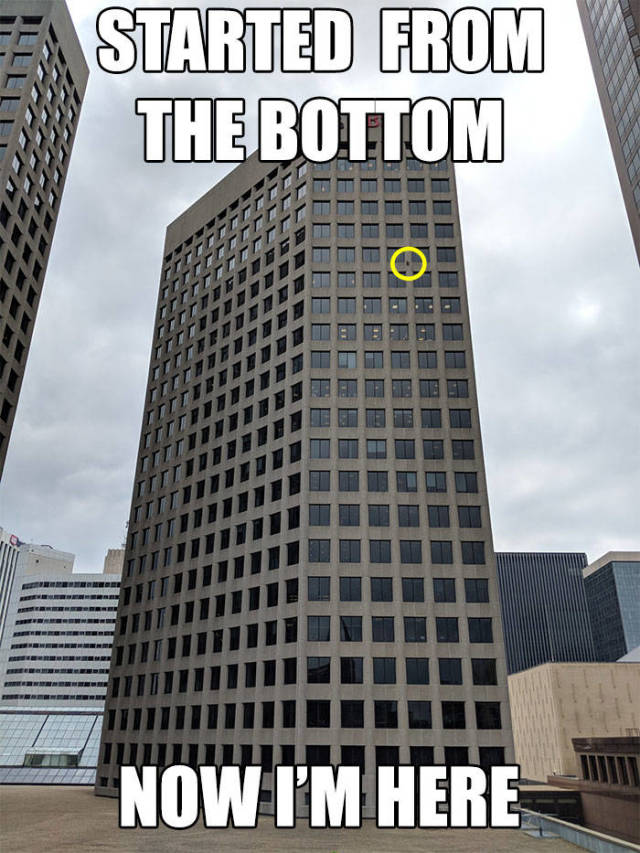 While others gathered to show support for the racoon 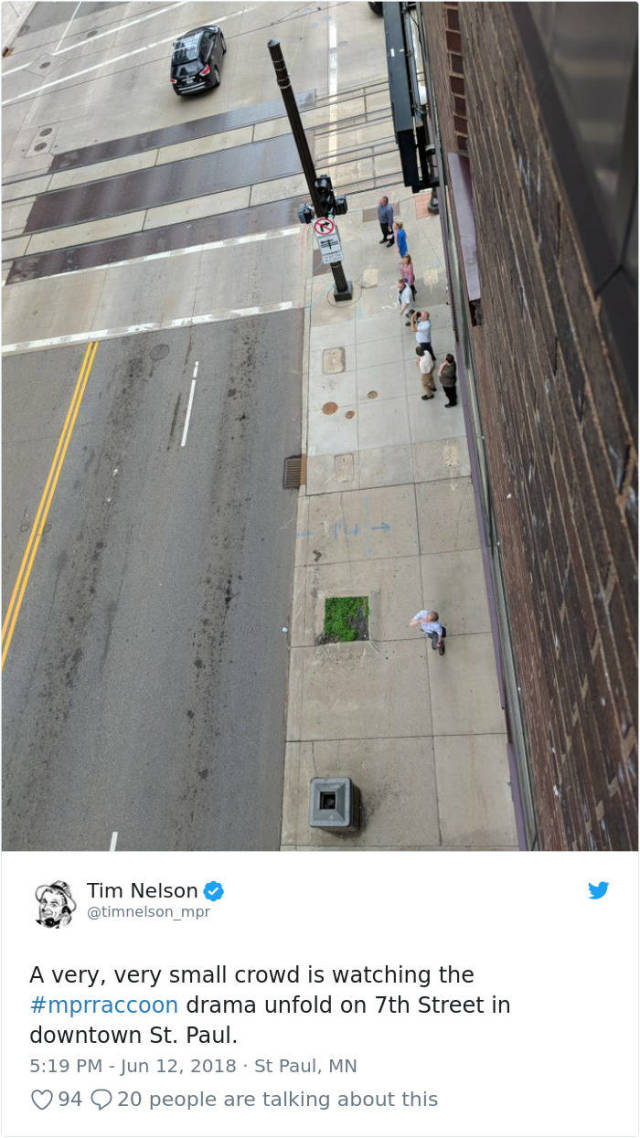 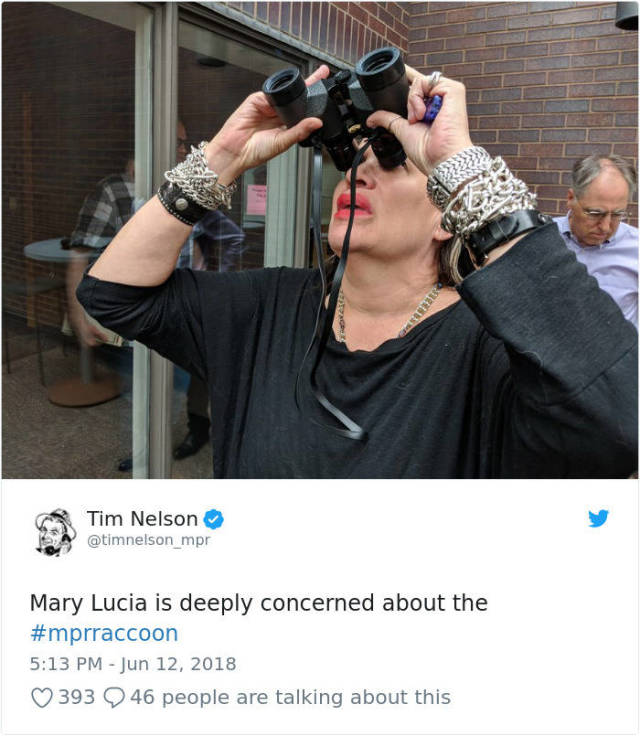 It seems that all of Twitter were invested in his fate 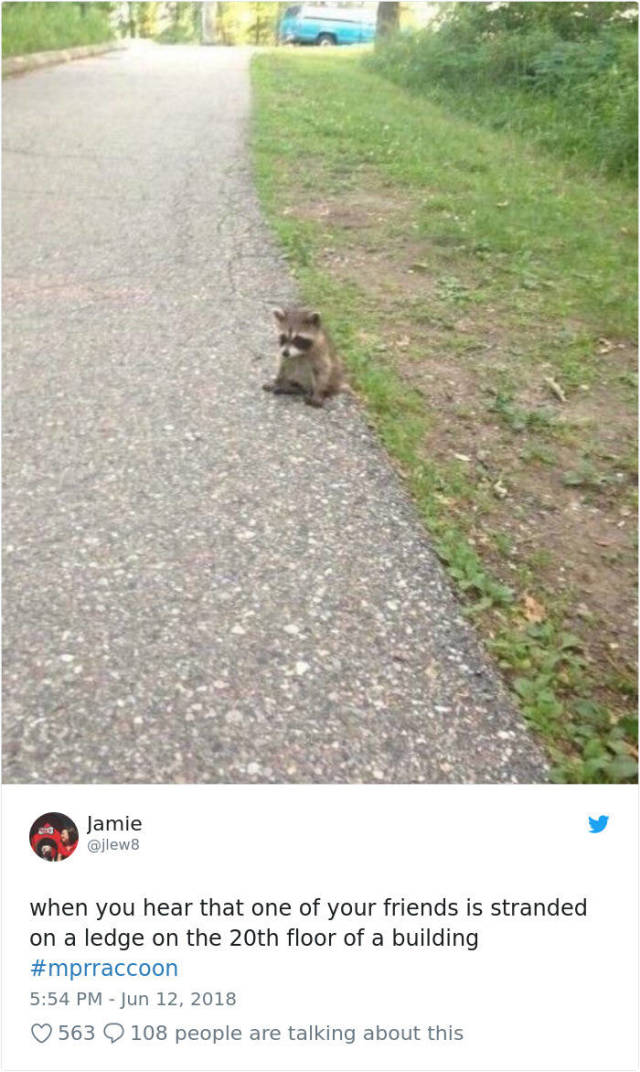 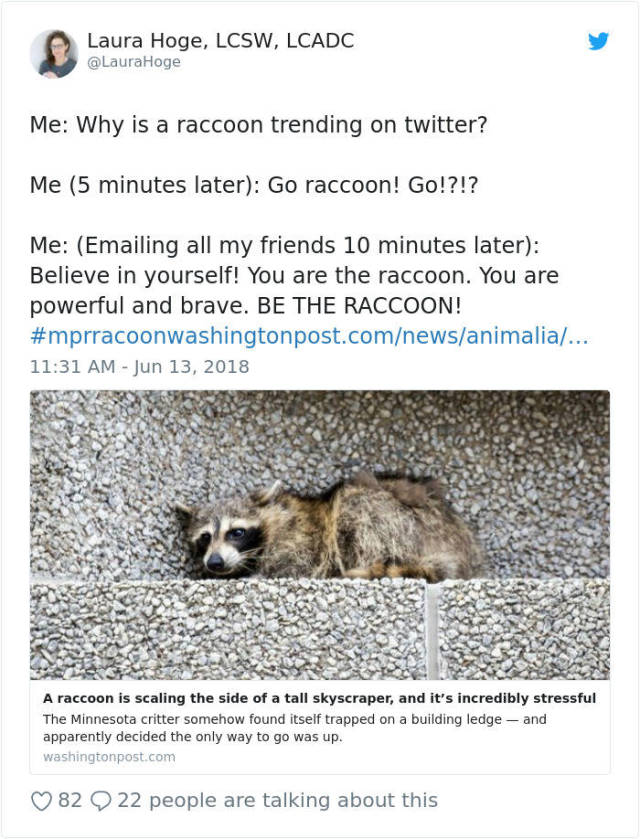 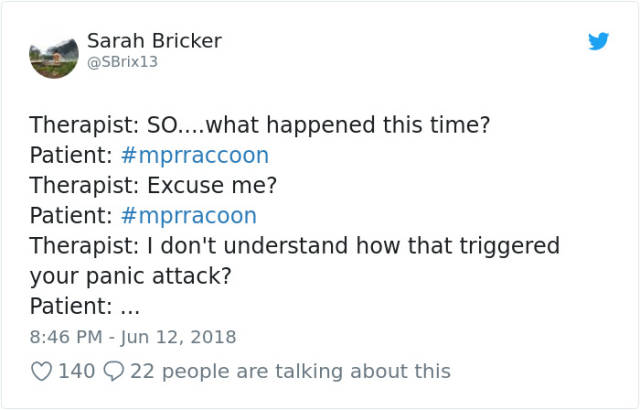 Even the writer and director of “Guardians Of The Galaxy” said he’d donate $1,000 to charity for the rescue of the raccoon 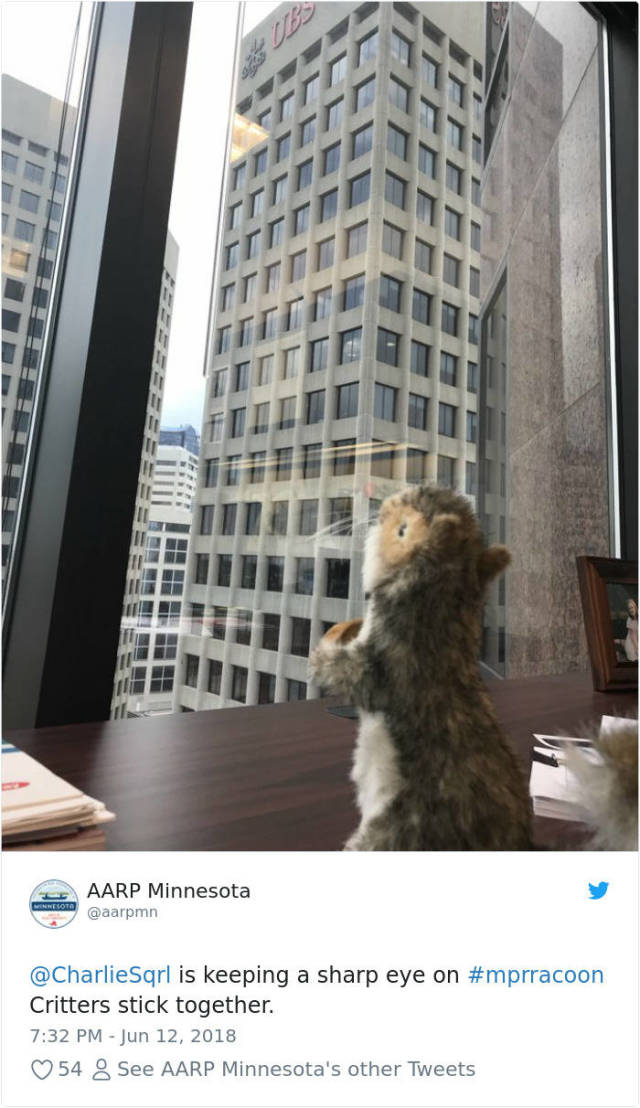 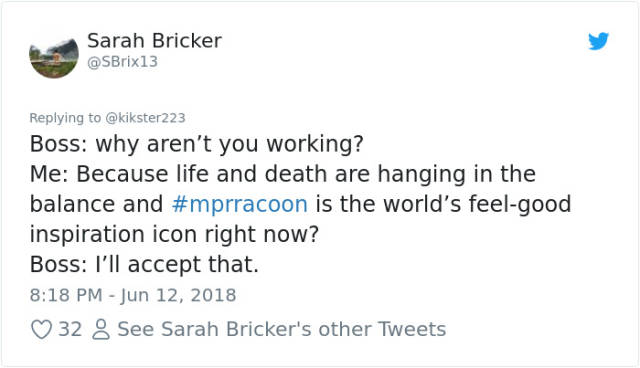 Later on, the fire department paid him a visit 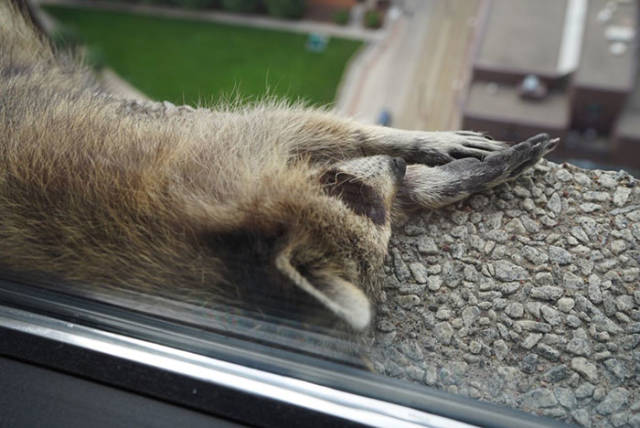 The windows were unable to be opened however, so the only option was to wait and see if the raccoon reached the top 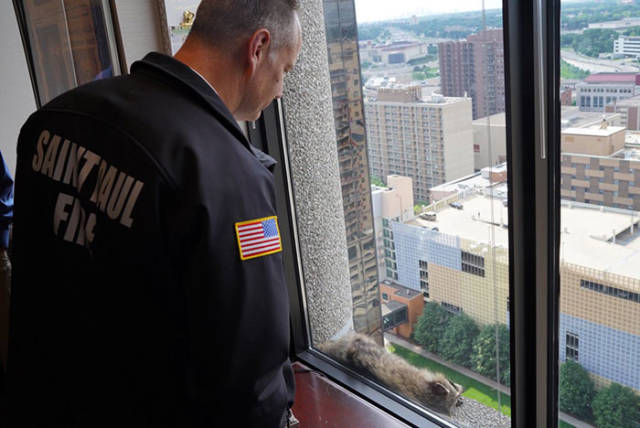 He seemed to be okay with it though 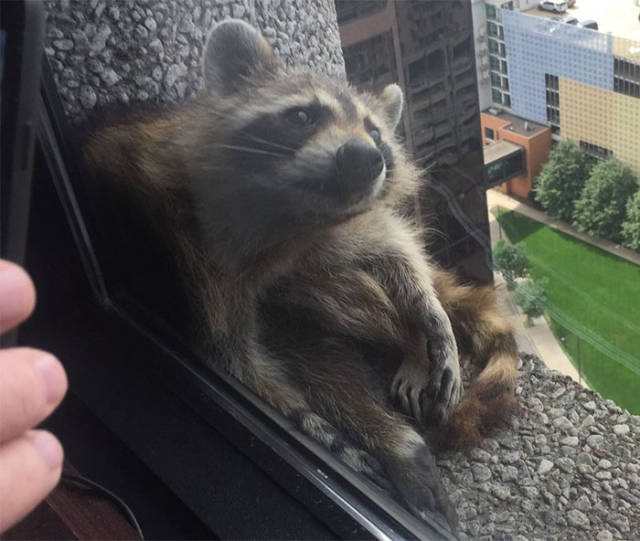 And decided to nap some more 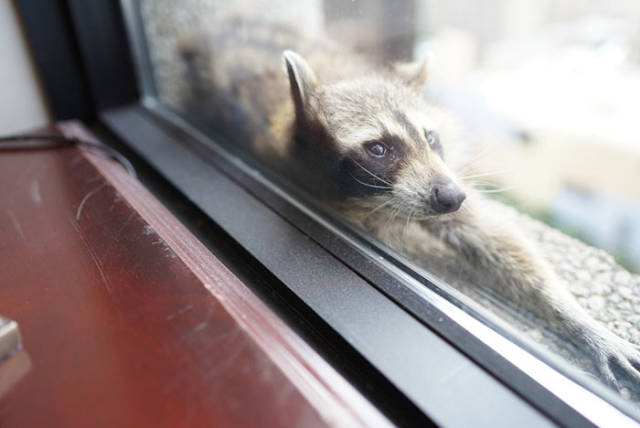 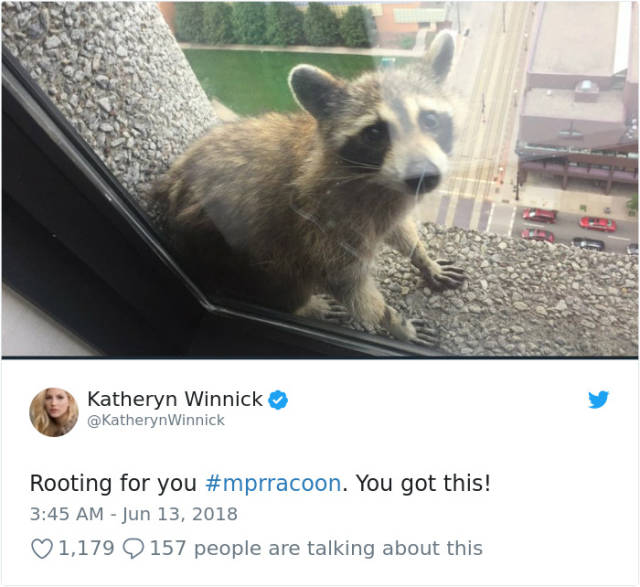 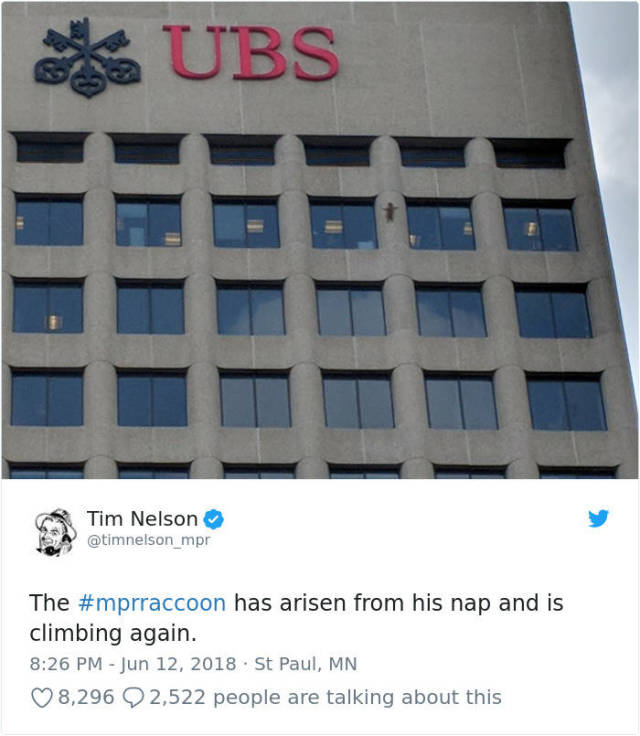 At night the real drama began 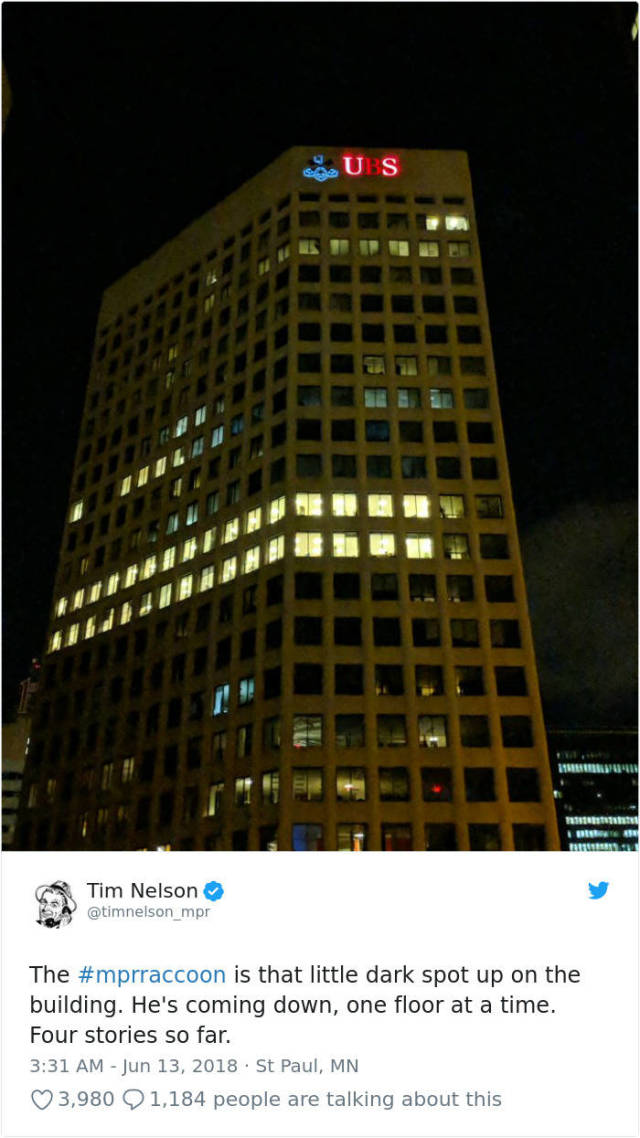 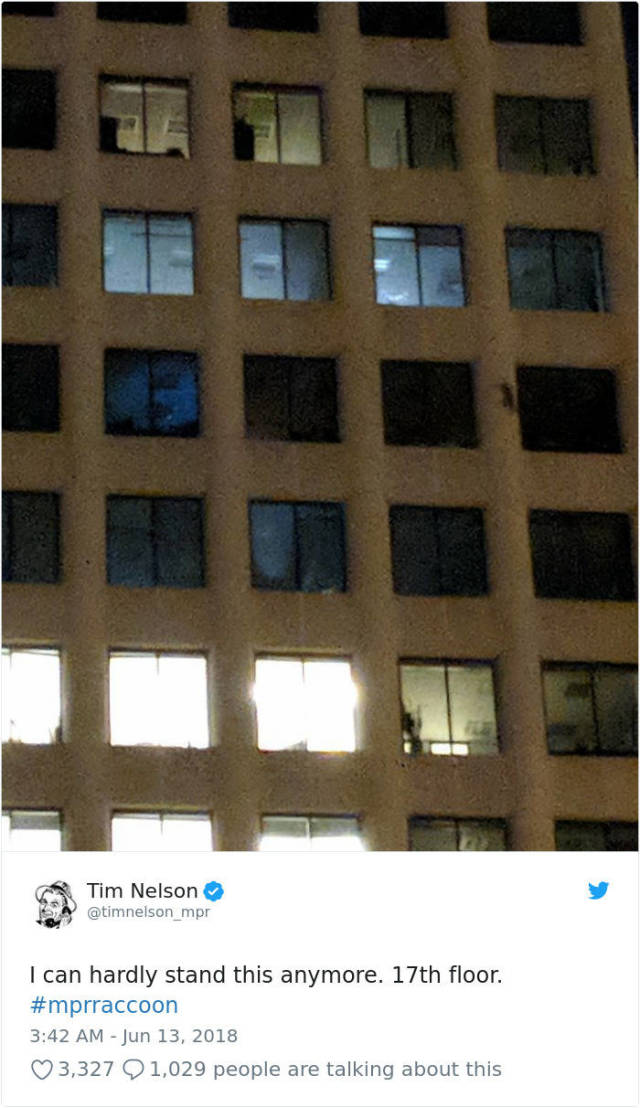 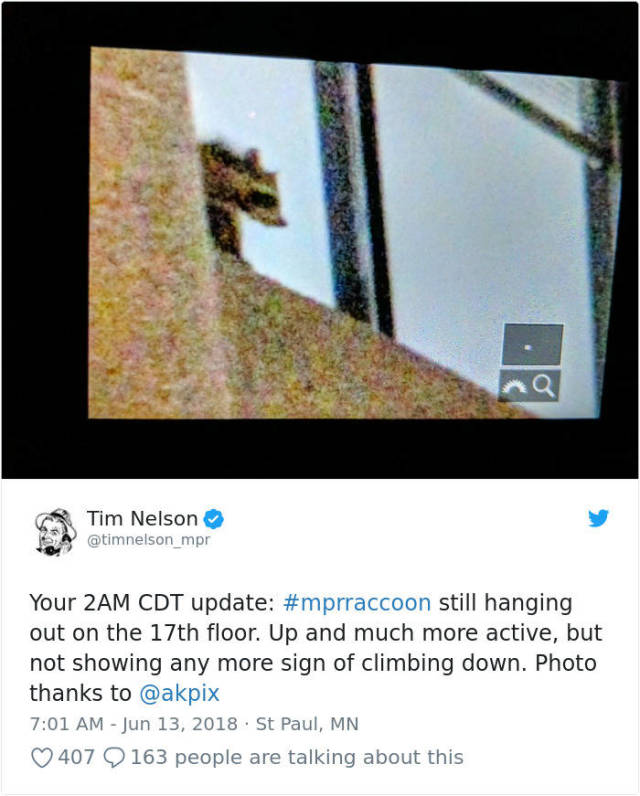 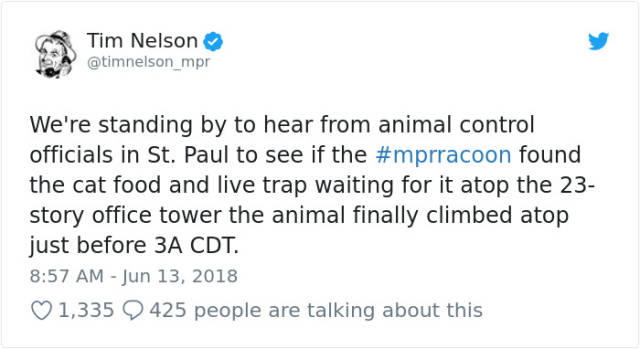 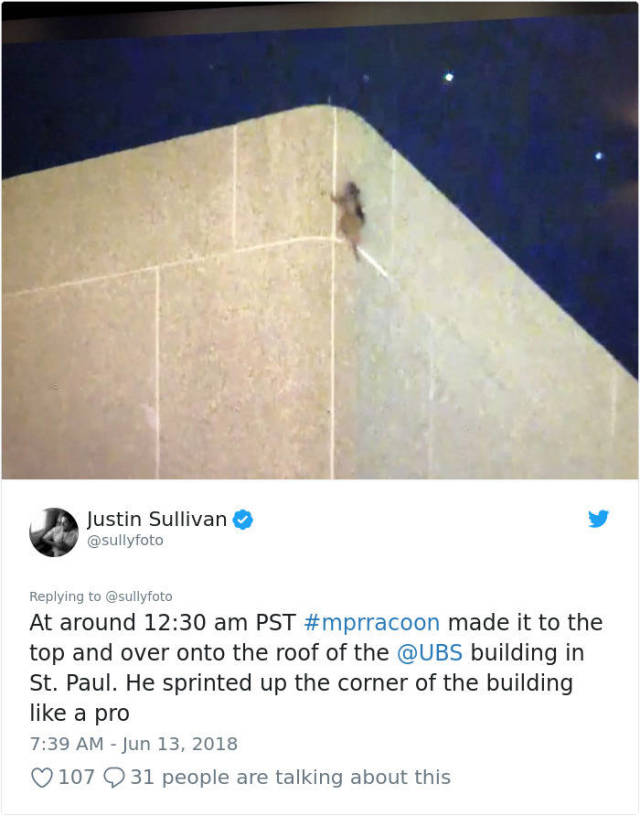 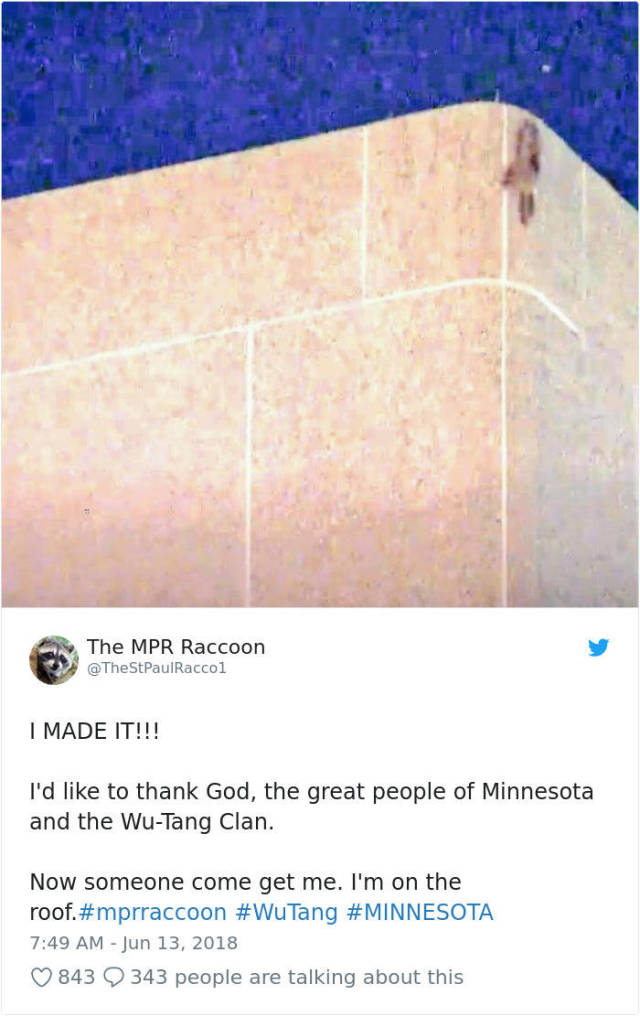 The story proves that nothing is impossible if you just set your mind to it!