The Coolest Things That Were Found Fossilized (11 pics + 1 gif)

An actual dinosaur tail covered in feathers, trapped in amber 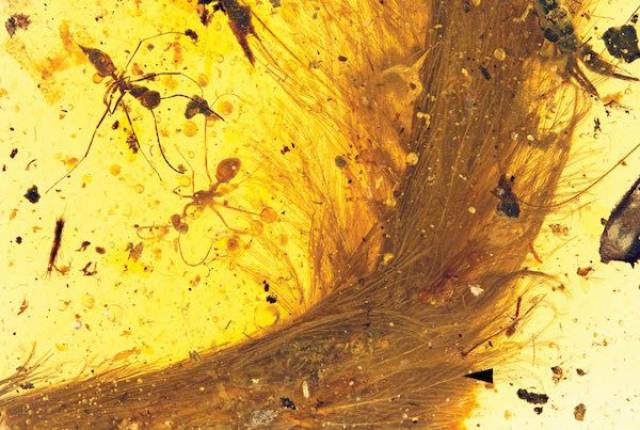 This is one of the rarest things ever found. Scientists and palaeontologist have found traces of feathers in amber before, but this is the best preserved example ever found.

It also proves that some dinosaurs were feathered, which is pretty heckin’ cool.

Velociraptor and its prey that were fossilized during combat 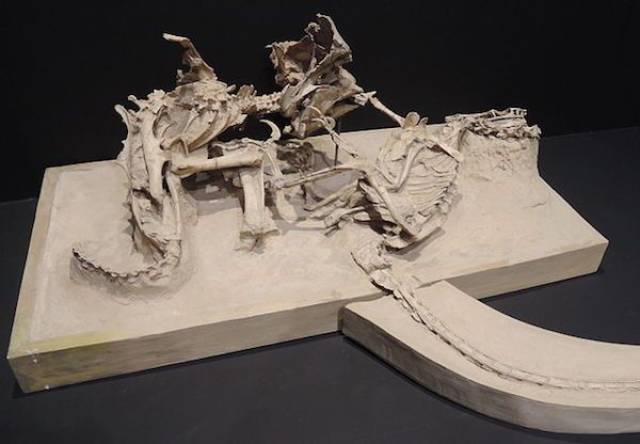 This fossil captures a Raptor attack on a Protoceratops, that looked like it was ending in a draw. On one hand, the Raptor had pierced the Protoceratops with its massive claw, but in return, the other dino was able to bite and break the Raptor’s arm with its powerful beak. Both were then killed together when a sand dune collapsed.

A Pterodactyl-eating fish died in the middle of its meal 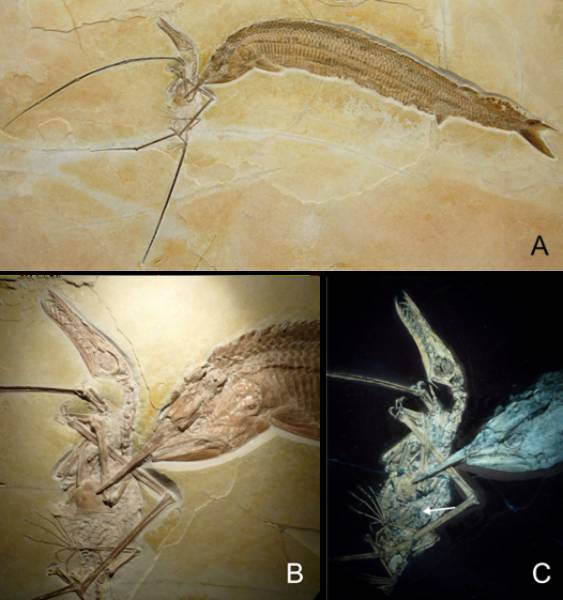 Based on the composition of the fossil, it looks like the Pterodactyl swooped down to get a small fish to eat, then was snagged by a larger fish. That’s terrifying.

Then, it looks like the fish’s teeth got stuck in the leather wings of the flying dinosaur, and they both drowned.

A 100-Million-year-old spider attack in amber 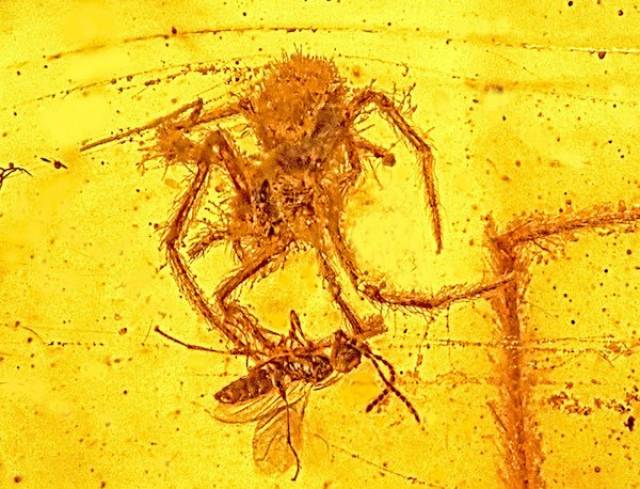 This unique fossil captures a giant spider taking on a wasp, and both are perfectly preserved. This is the only example of such a thing ever found.

Two mammoths stuck in a fight to the death 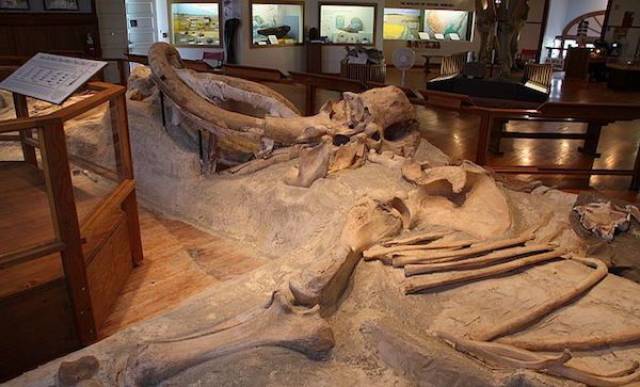 Discovered back in 1962, these two massive beasts were most likely fighting over a mate, and took it too far. There’s evidence that one of the mammoths ended up ramming his tuck into the others’ eye and got stuck. Both then died.

Peru used to be the home of giant 5-foot penguins 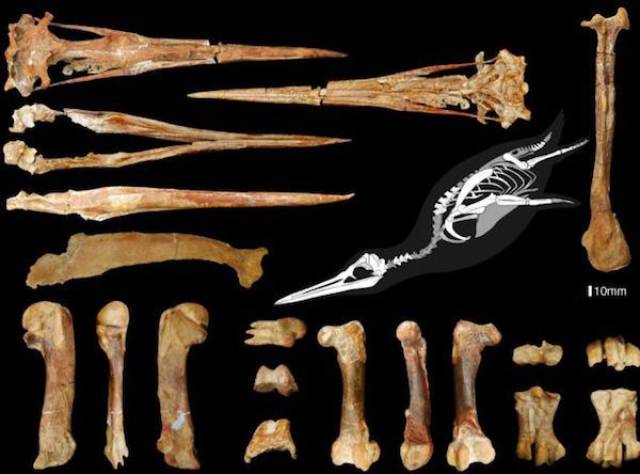 36-million years ago, these penguins roamed the lands of Peru. While the little black and white guys we have now are cute little birds in tuxedos, seeing one that’s as tall as I am is scary as fuck.

Dinosaur preserved while incubating her nest 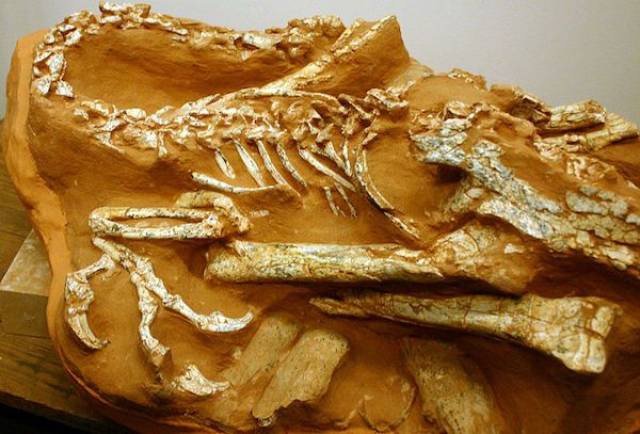 This is just fascinating, because no matter what was happening outside, this dino mom refused to leave her eggs. She died keeping them safe.

It just proves that dinosaurs and birds are remarkably similar. Protect the nest at all costs.

There was a frog that used to eat dinosaurs called Beelzebufo 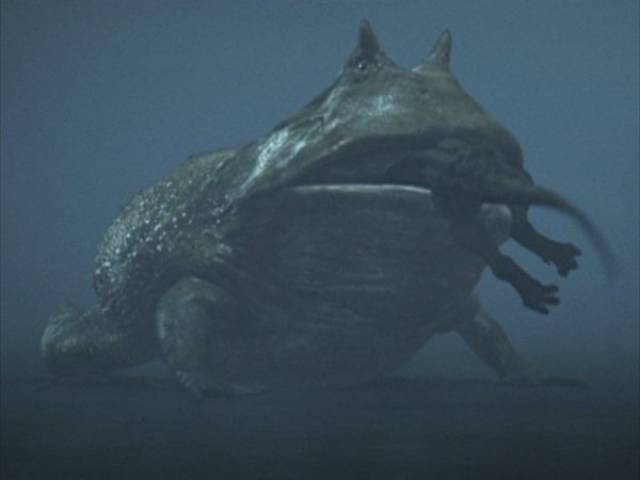 Living in the area that is modern-day Madagascar, this ancient frog was the largest frog ever, and it had a bite strong enough to kill and eat small dinos.

Based on the fossil evidence, the jaw strength of these guys was comparable to modern day wolves and tigers. That’s a definite nope. 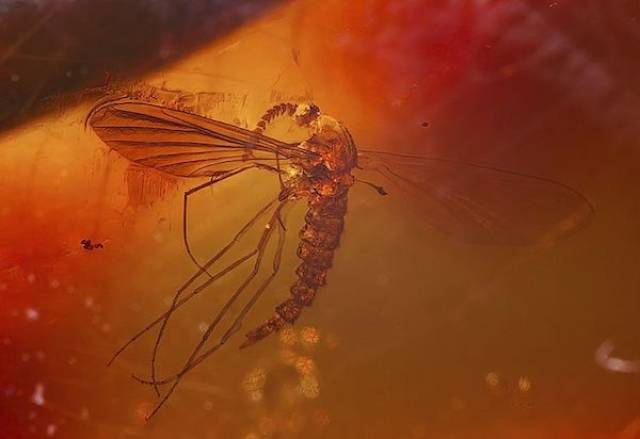 Ok, not really science fact. Recently rediscovered in 2013, this mosquito trapped in amber was unearthed over 30 years ago, and forgotten in a basement. Originally found in Montana, there is evidence of blood inside the bug, but the DNA is too degraded to be of use. 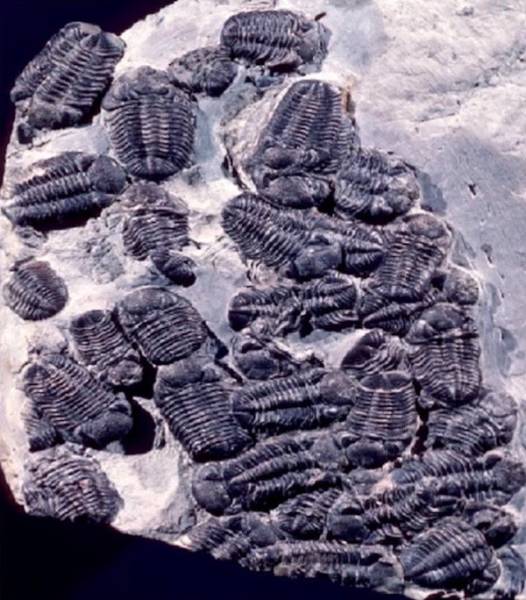 One of the most recognizable fossils out there, these large Arthropods would get together in the millions (if not billions), and mate.

According to the experts, they’d shed their exoskeletons and mate naked, and this would happen all over the world, 250 Million years ago.

Wyoming used to have giant ants the size of hummingbirds 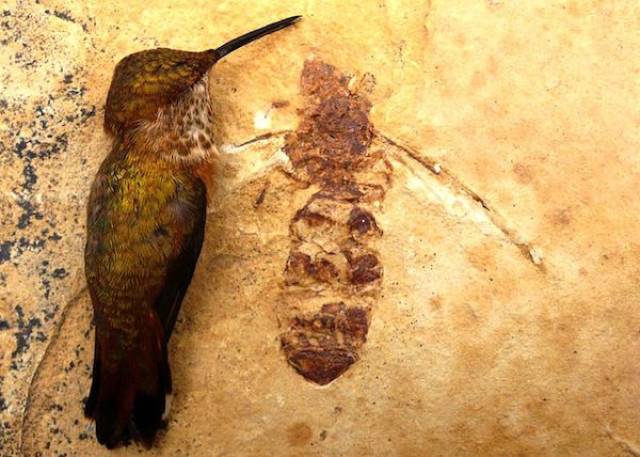 How about no? I’m glad extinction exists, because this is a no bueno. Over 2 inches long, they roamed the prairies over 50 million years ago, until they died out when the earth cooled down.