Proms Always Have Something Funny Going On (24 pics)

We wish we could have seen her expression when she saw the picture afterward. 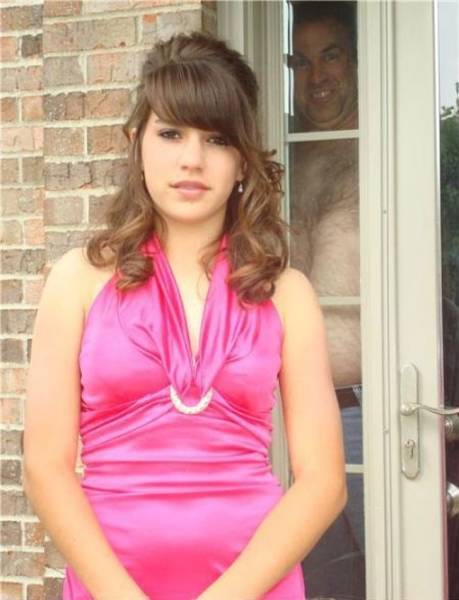 The guys chose the most embarrassing suits to wear and the girls weren’t too thrilled about it. 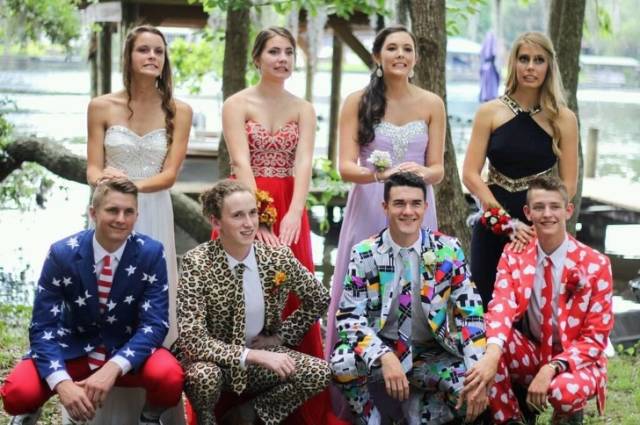 Her date left her for another girl. Thankfully they managed to photoshop him into the photo anyway. 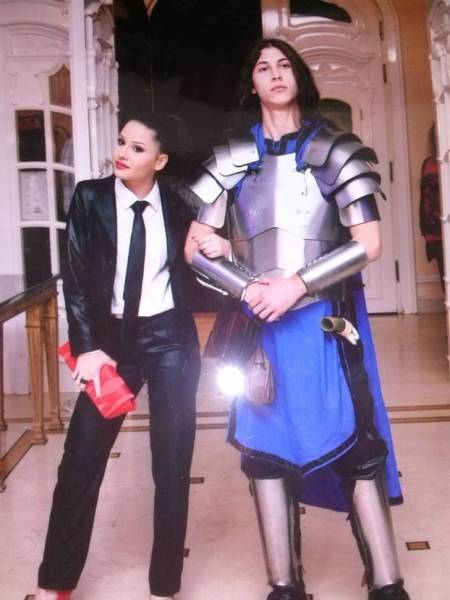 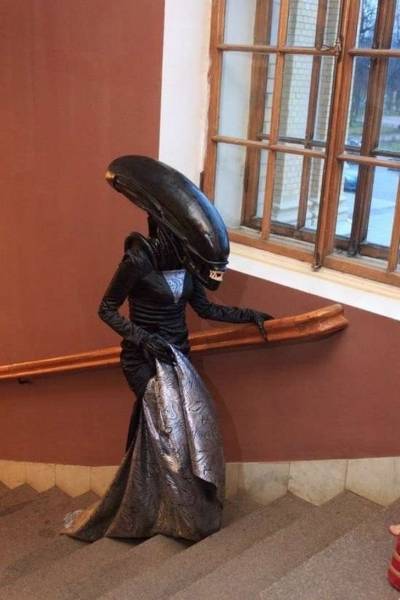 His prom date’s name was Casper, the girly ghost. 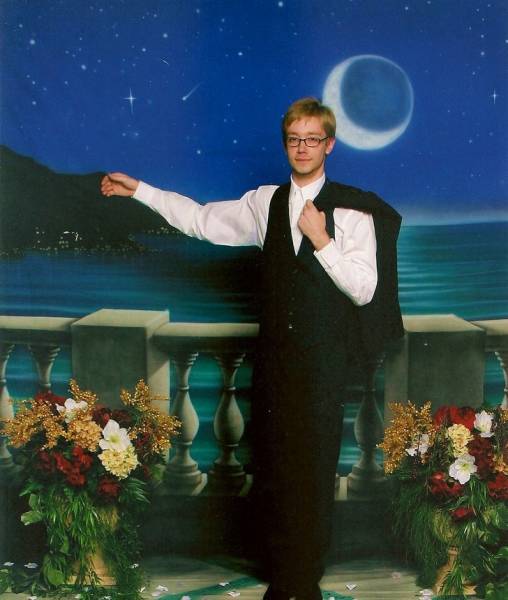 “My friend and I were getting weird looks during our prom pictures.” 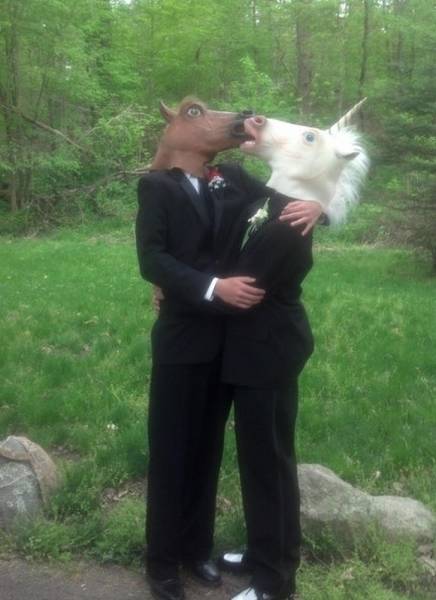 The best way to arrive at prom is.....packaged! 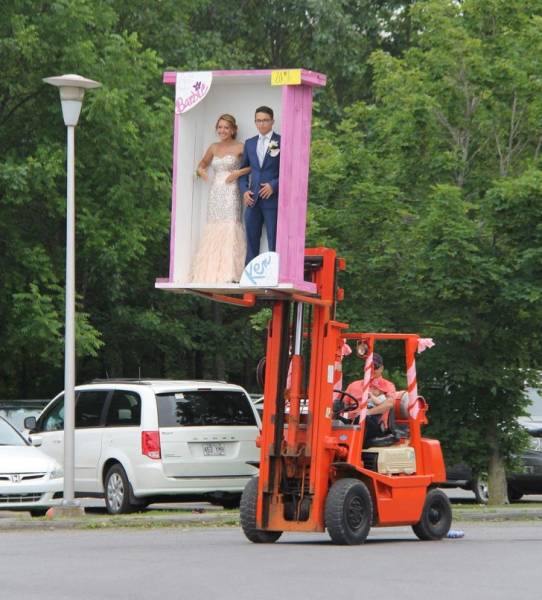 He’s probably changed his mind. Or did they just jump off a plane and land gently? 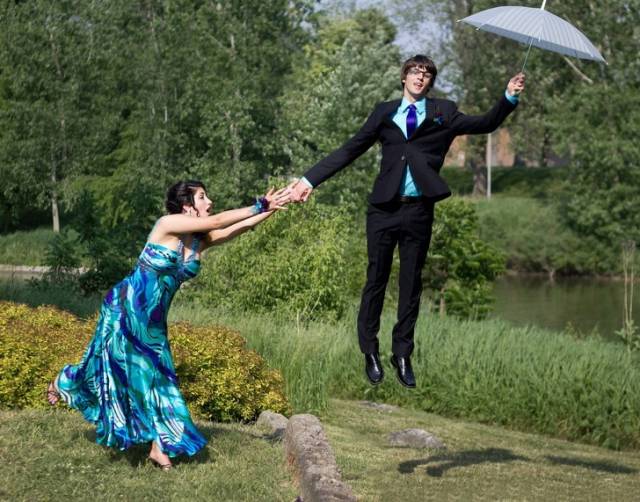 He took his cat to prom and the cat thinks he’s dreamy. 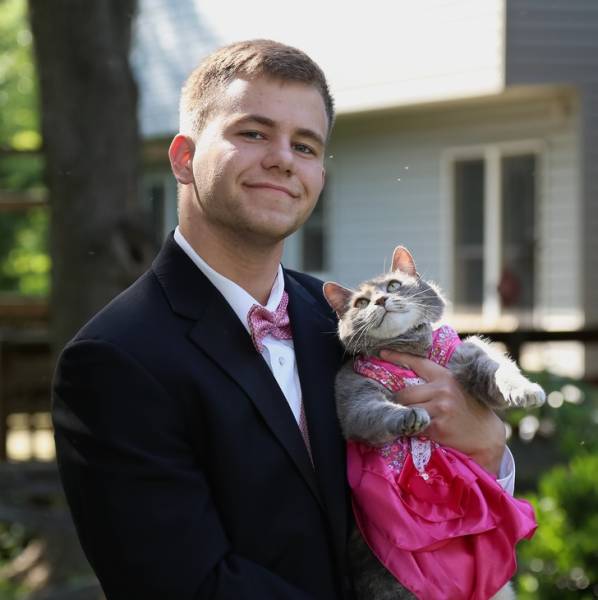 She had a super fun night at prom. 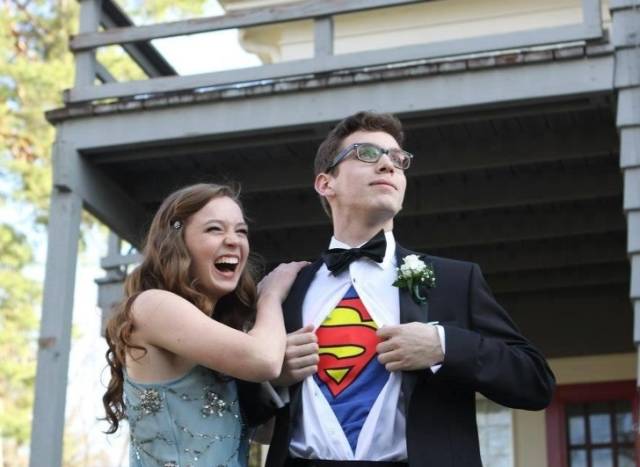 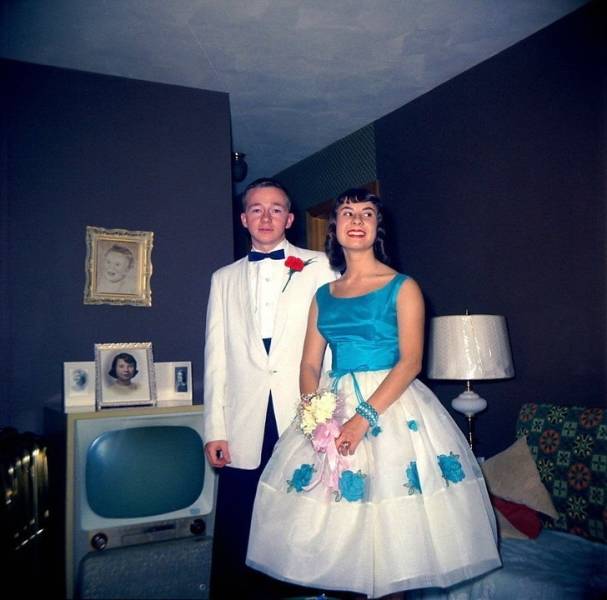 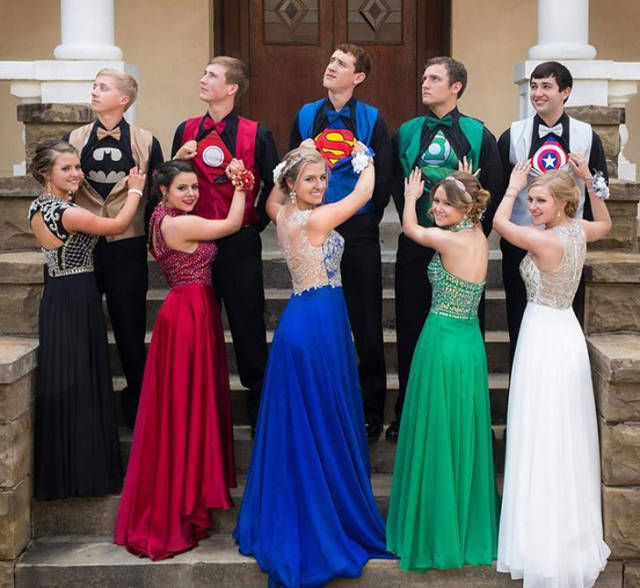 The guy on the left brought the sweetest date to prom. 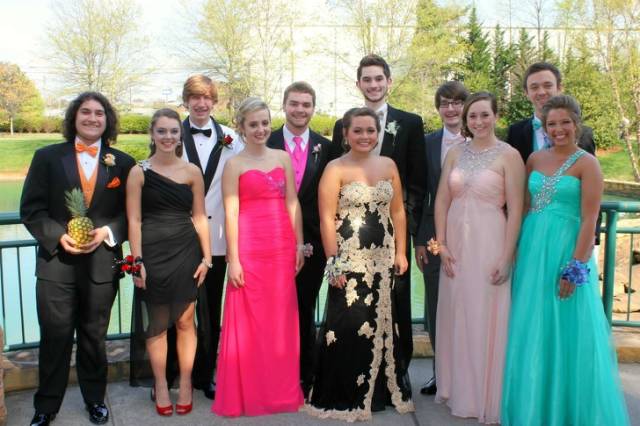 This will be a great story for the grandkids. 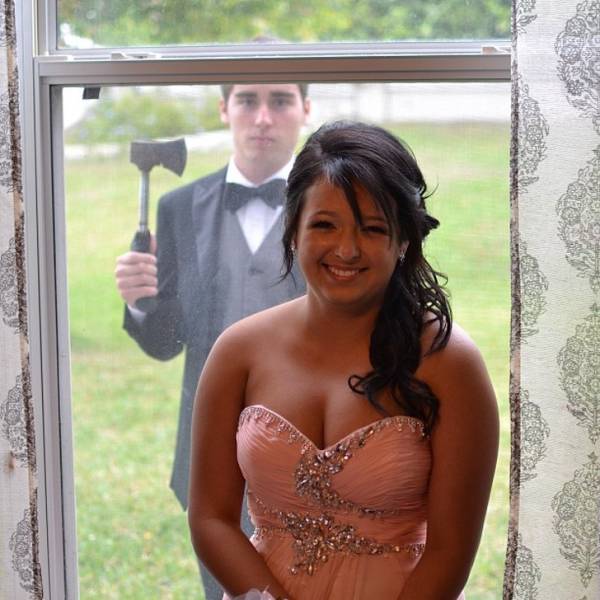 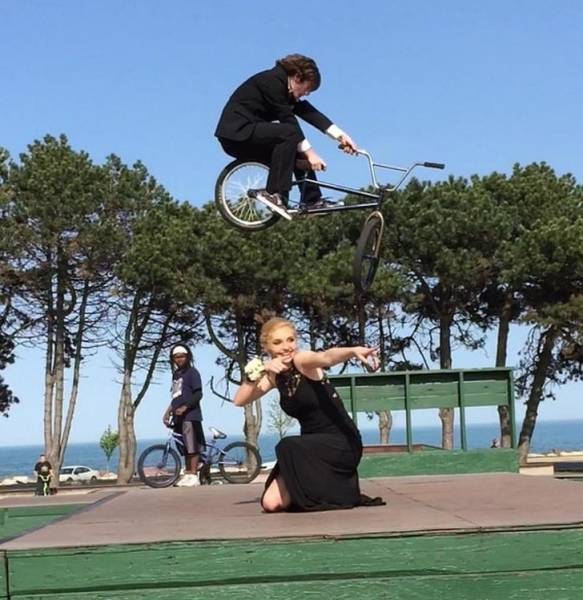 “Man, I’ve seen it all. This girl went to prom in an ambulance and acted like she came to life after her date kissed her.” 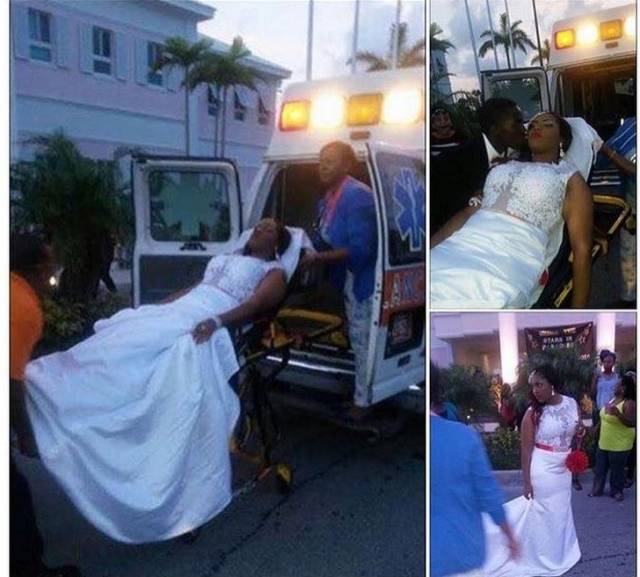 One child left behind 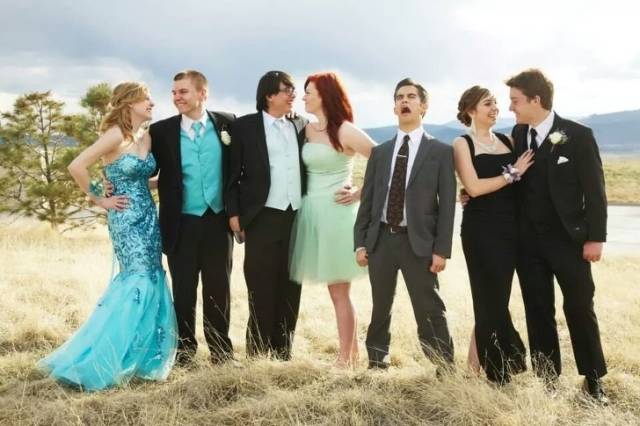 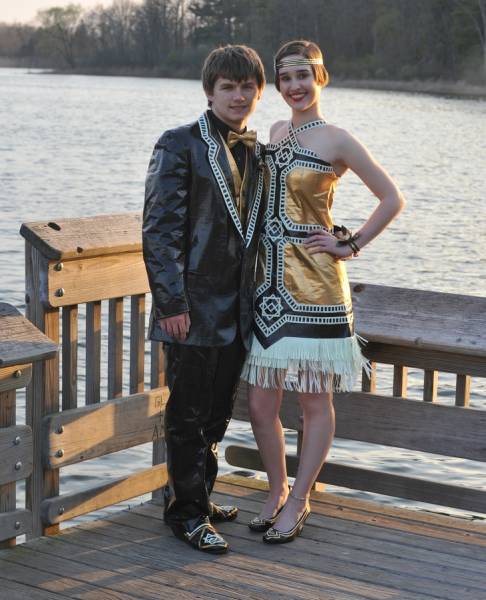 Did they fly there or did they take the limo? 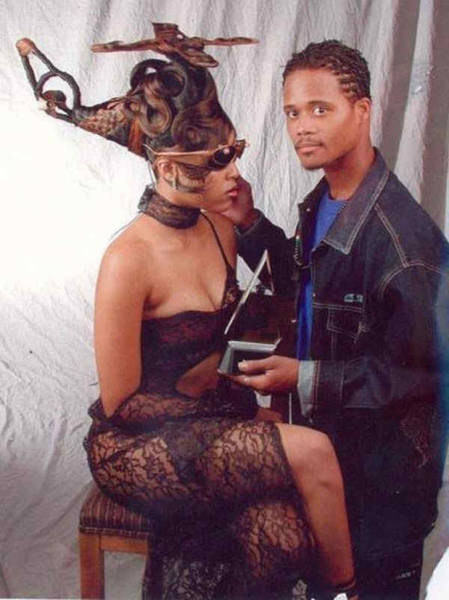 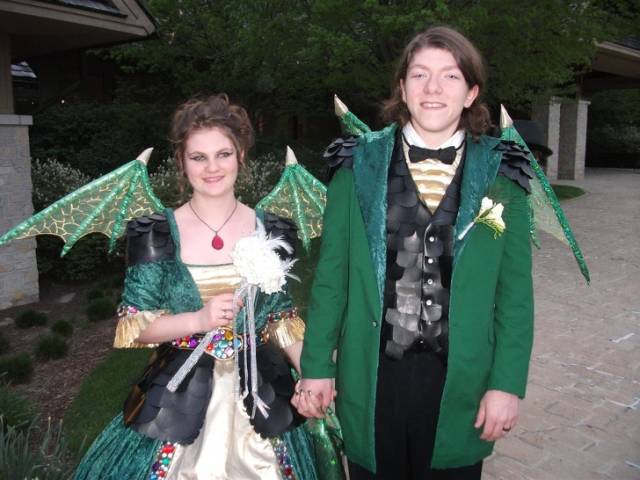 We think everyone knows how this ended... 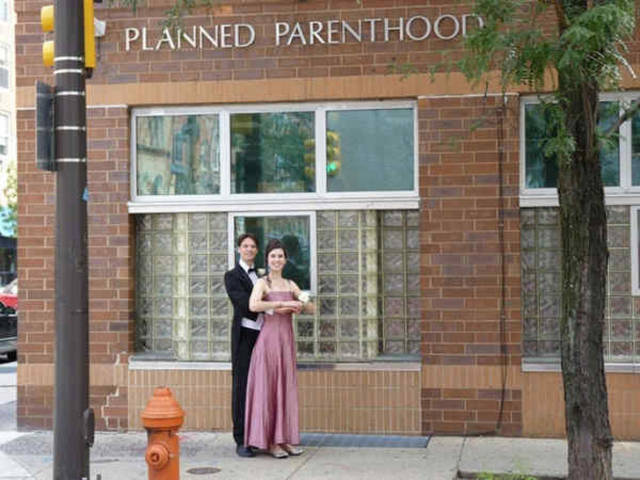 An evil couple on a quest

She made a matching dress for her prom date. 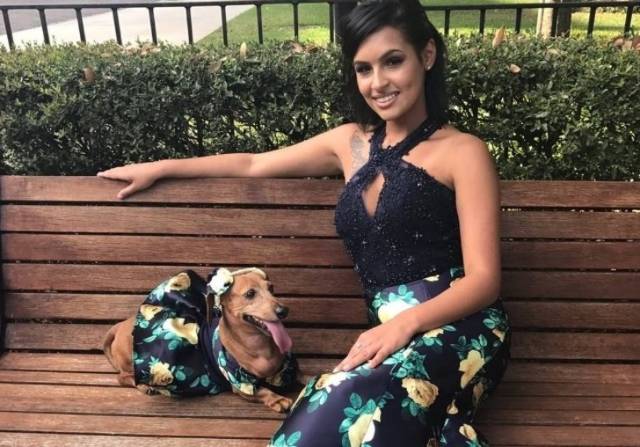