Ever wonder what goes into making Supergirl fly on Supergirl? Well, here ya go: 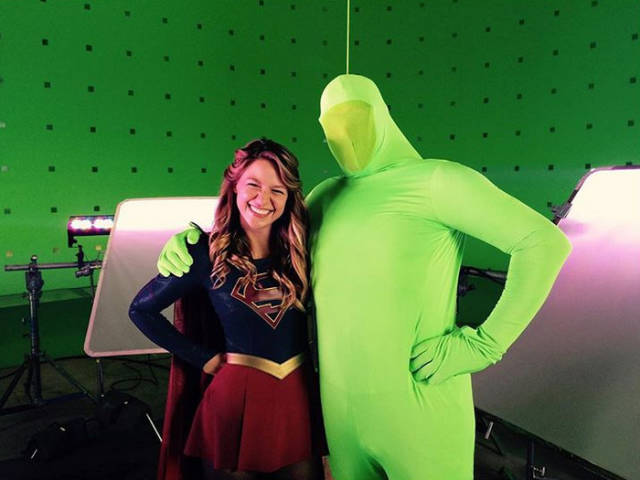 This pic of some handmaids hanging out between takes on The Handmaid's Tale: 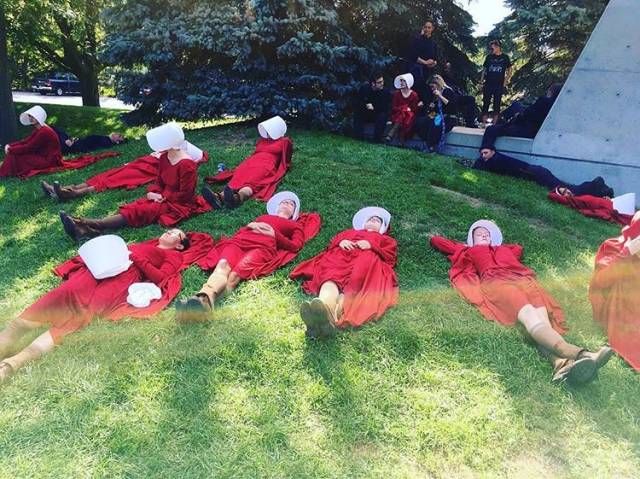 Mandy Moore hanging with a few crew members in Rebecca and Jack's bathroom on This Is Us: 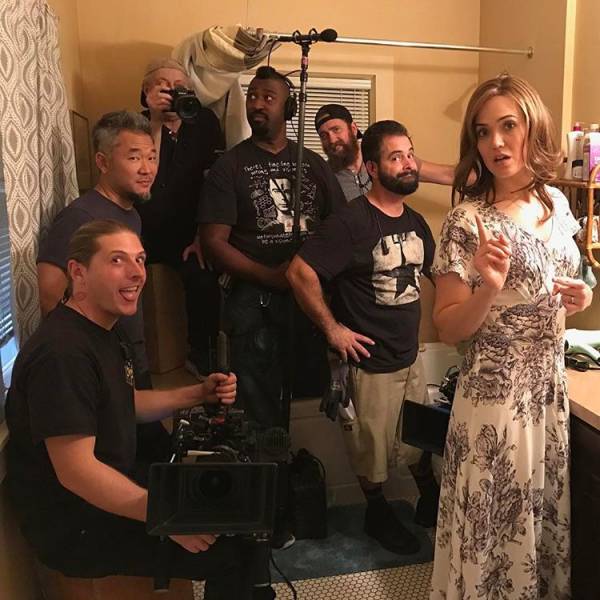 Here's KJ Apa's view while riding in a car on the set of Riverdale: 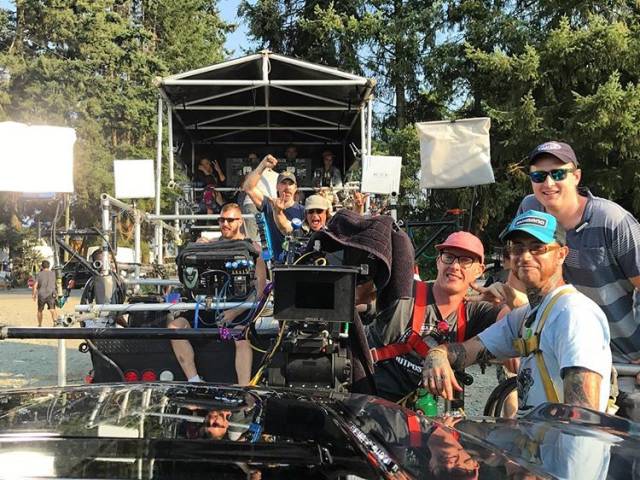 Emilia Clarke trying to keep her perfect Daenerys Targaryen braids safe from the rain while on the set of Game of Thrones: 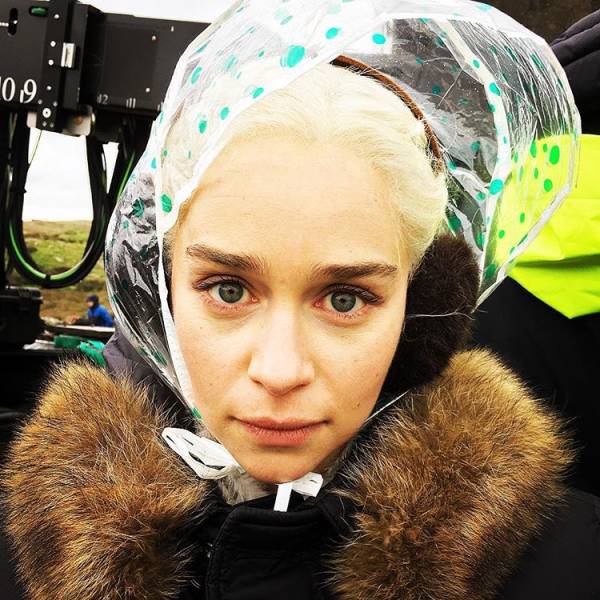 Here's the AMAZING team that helped hand sculpt a Drone Host on Westworld: 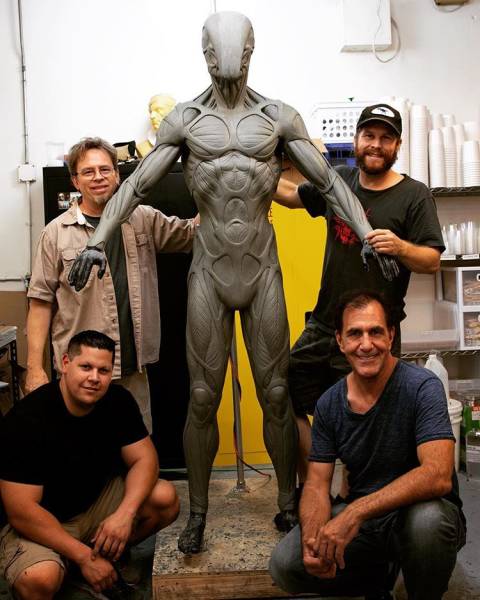 A look under Carl's eye patch on the set of The Walking Dead: 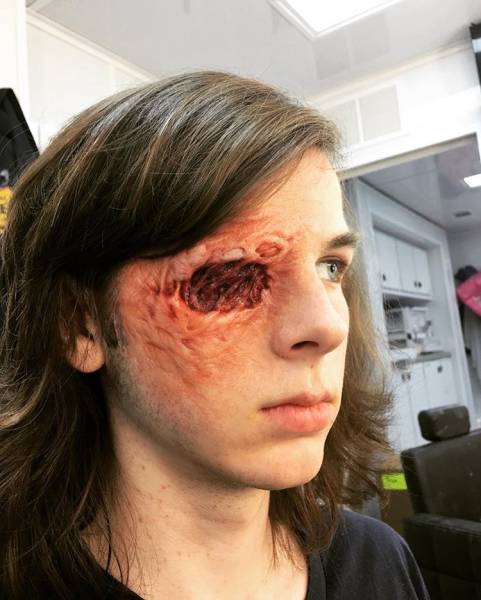 Here's Lindsey Morgan suspended in mid-air while filming a space scene for The 100: 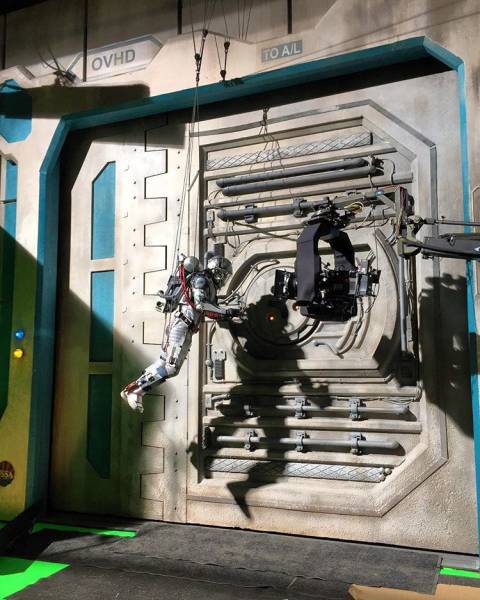 This picture of Kerry Washington directing an episode of Scandal while also filming a scene as Olivia Pope: 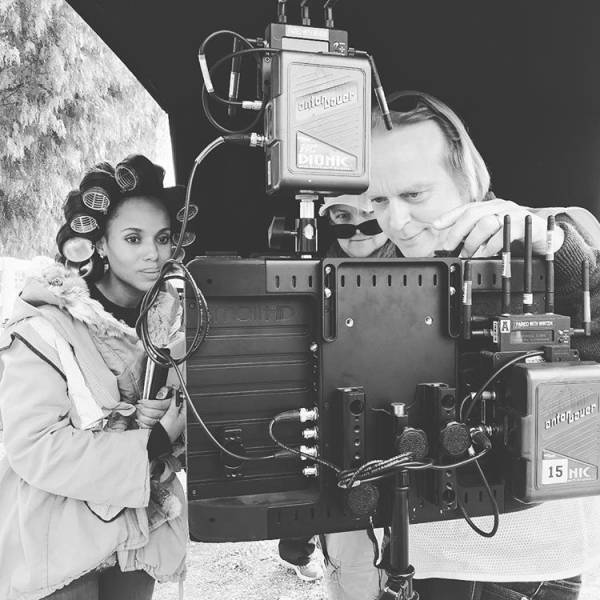 This picture of Tyler Hoechlin getting covered in makeup for a scene on Teen Wolf: 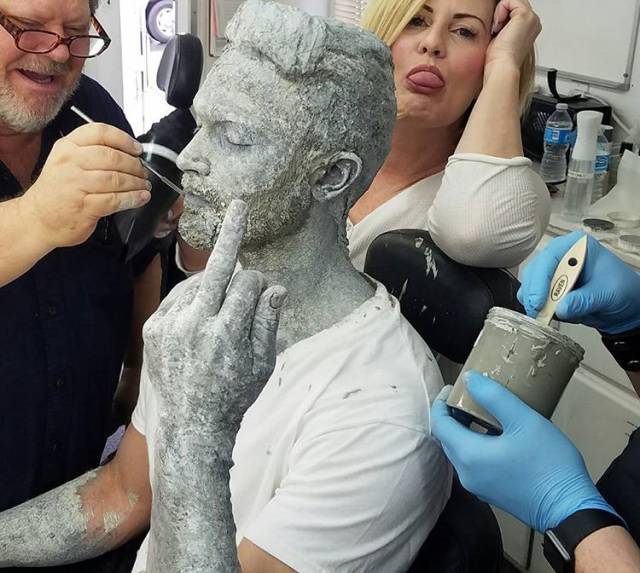 This pic of Grant Gustin hanging with his incredible stunt double, Cody, on The Flash set: 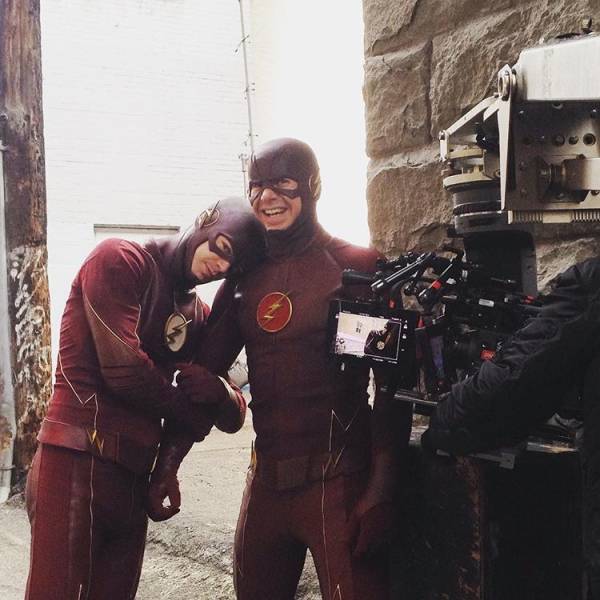 Sarah Drew having some fun with her prosthetic duplicate on the set of Grey's Anatomy: 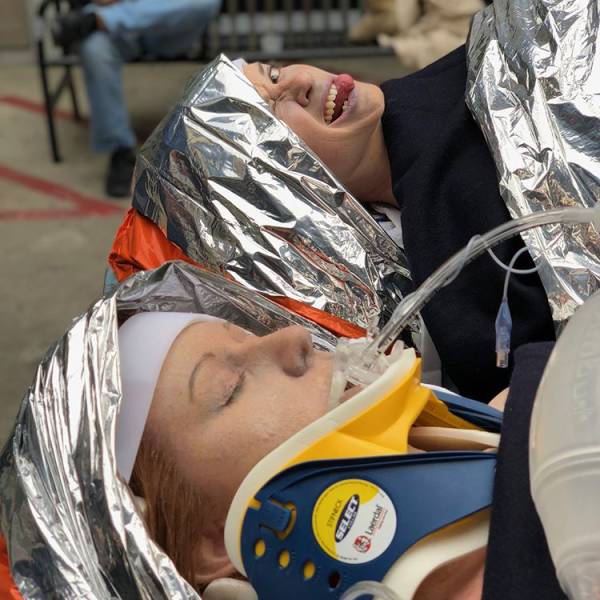 Here's Noah Schnapp getting fitted for Will Byers' classic bowl cut wig on the set of Stranger Things: 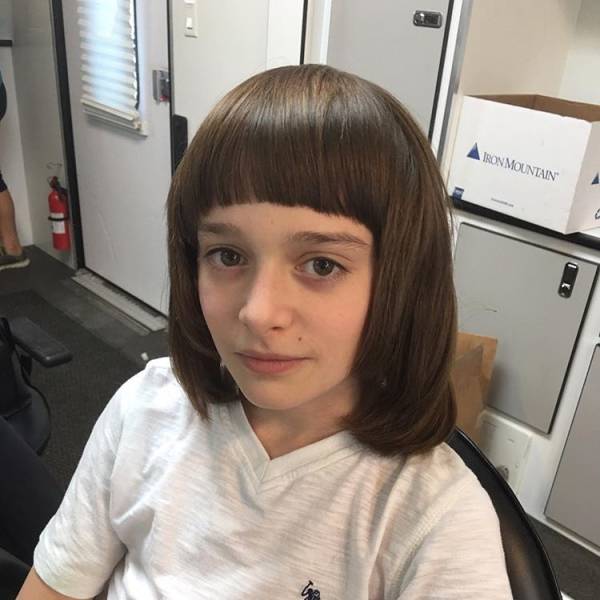 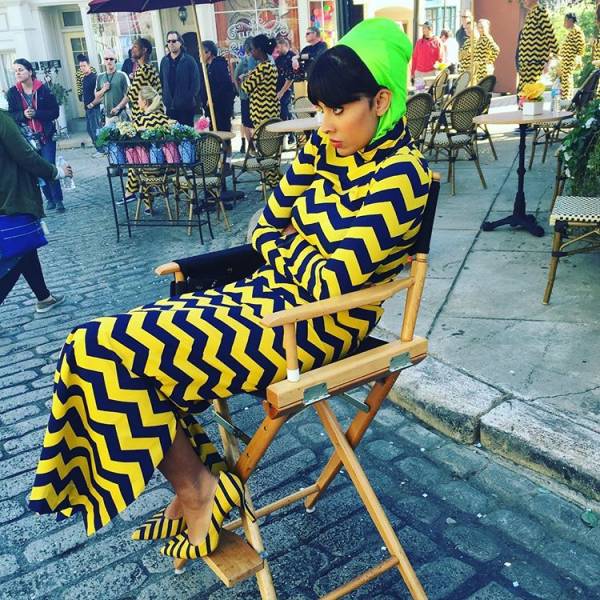 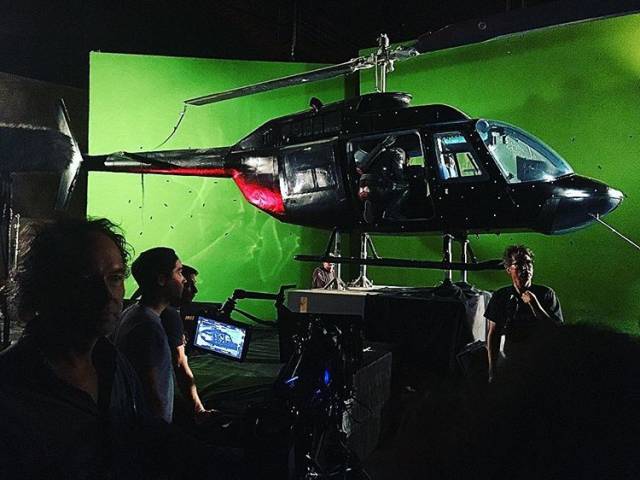 Ever wonder how This Is Us gets the incredible shots of Sterling K. Brown's Randall? Here's some of the magic behind the scenes: 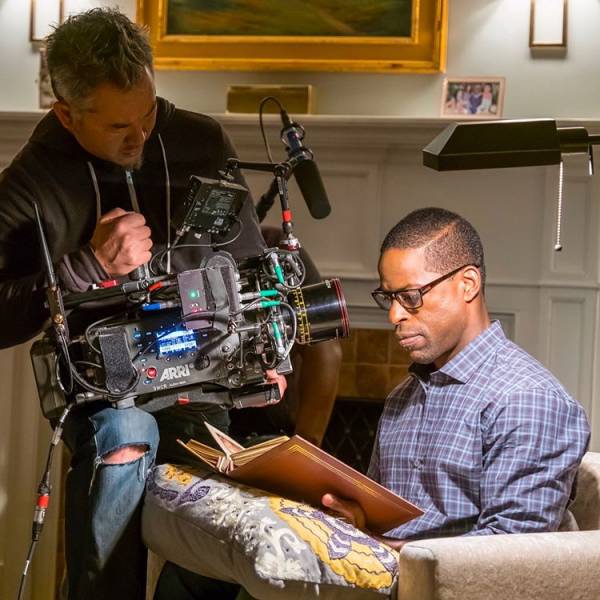 This picture of Krysten Ritter hanging with her stunt double on the set of Jessica Jones: 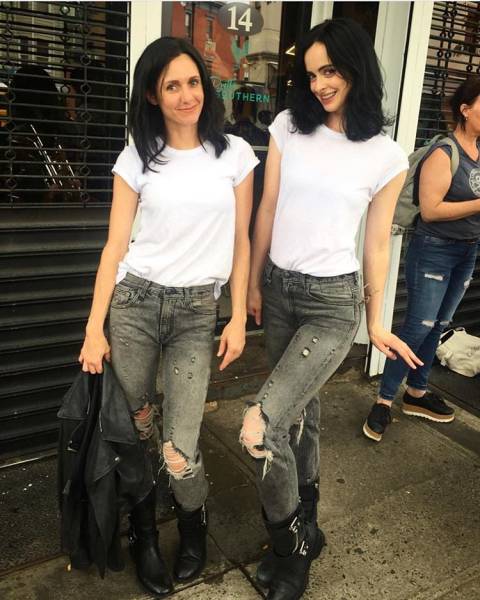 This is what Dean and Sam's iconic Impala looks like when setting up a scene on Supernatural: 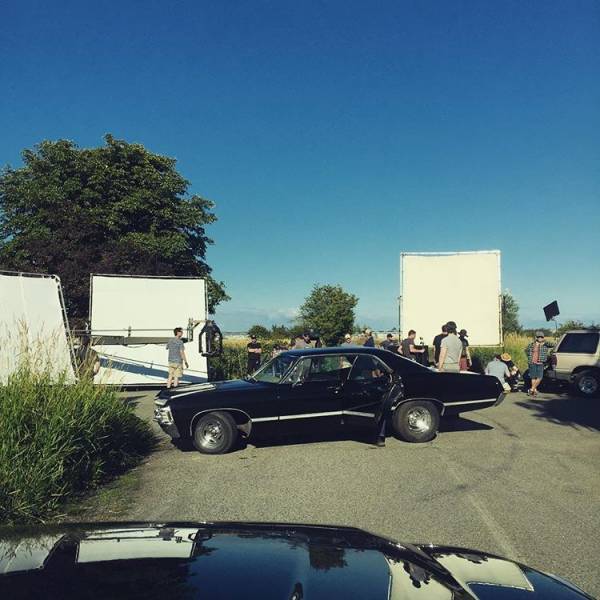 Keegan Allen and Ian Harding hiding themselves behind some pillows on the set of Pretty Little Liars: 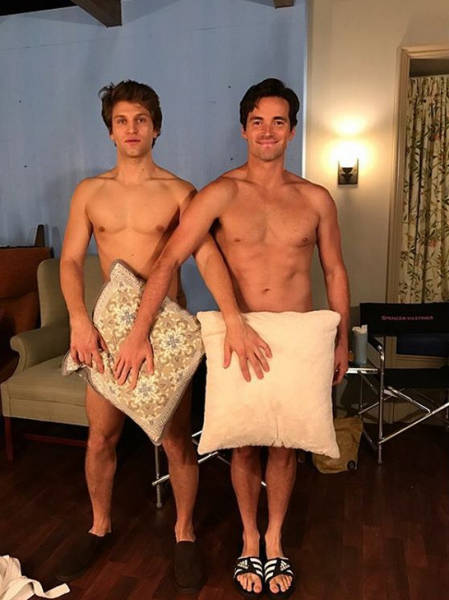 A look at Jaimie Alexander's tattoos before they are applied on the set of Blindspot: 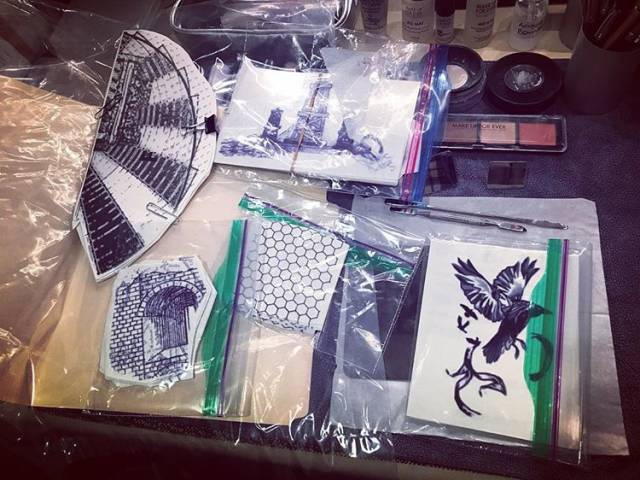 This picture of Marie Avgeropoulos covered in fake blood after one of Octavia's epic battles on The 100: 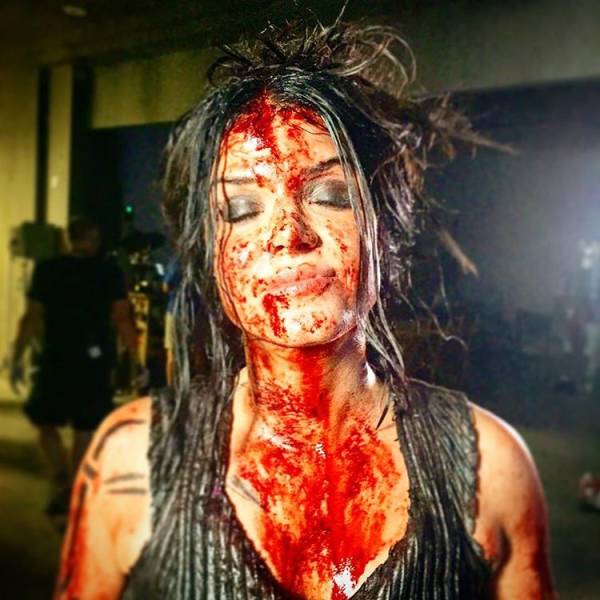 Here's a look behind-the-scenes of the Battle of Culloden on Outlander: 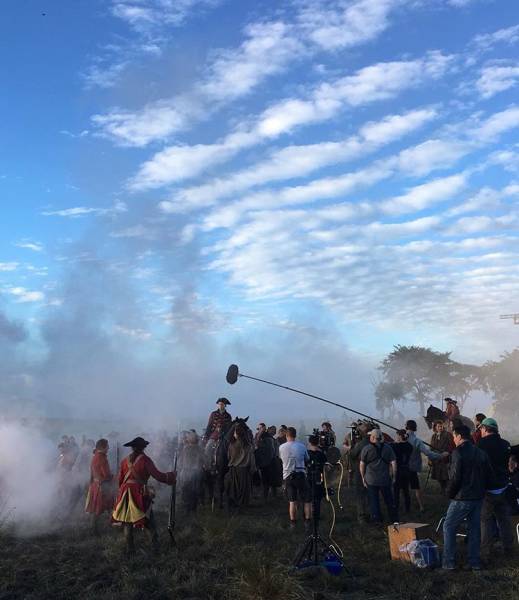 This picture of the cast of GLOW enjoying lunch while wearing their wrestling costumes: 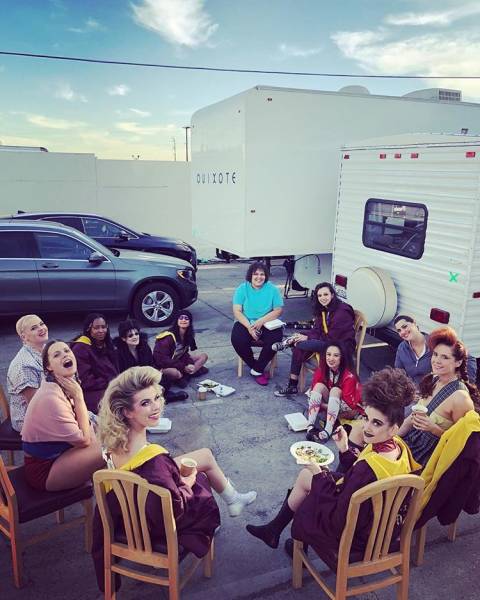 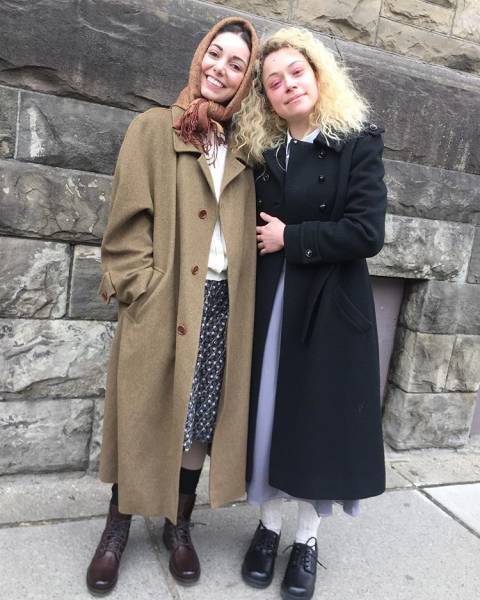 Here's Vanessa Kirby getting ready to film a motorcycle scene on the set of The Crown: 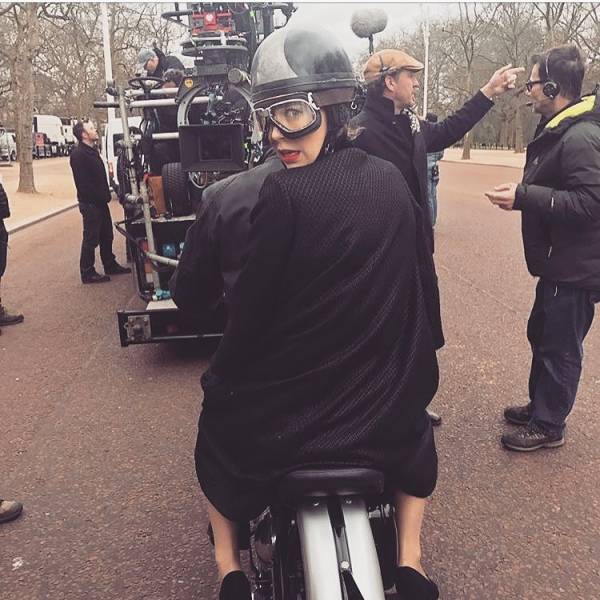 Here's the cast and crew of Jane the Virgin preparing for a scene in the greatest way: 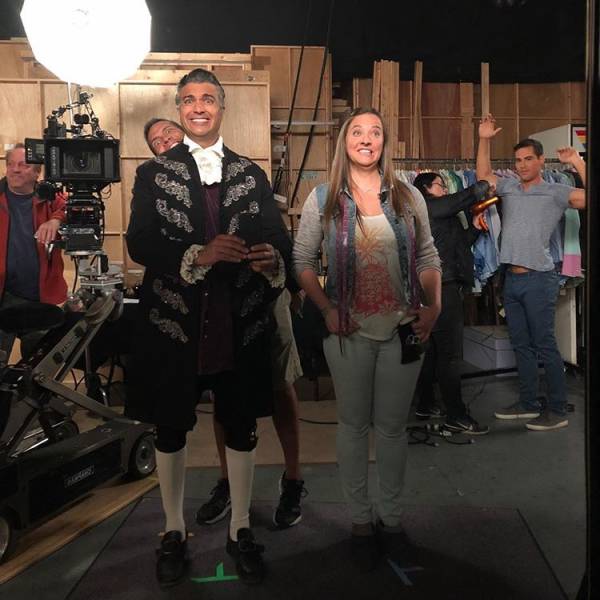 Here's Emmy Rossum trying to stay dry while directing an episode of Shameless: 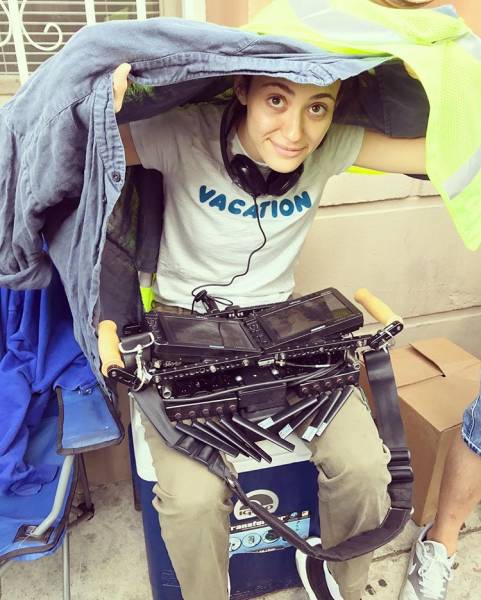 This picture of Dan Stevens getting into prosthetics for an episode of Legion: 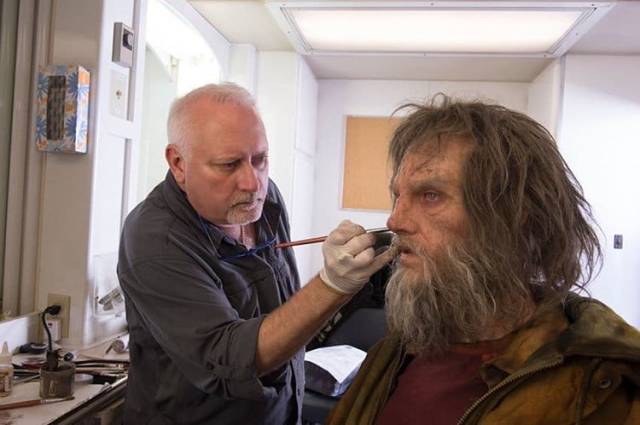 And finally, here's the extremely talented cast and crew that help bring Queer Eye to life: 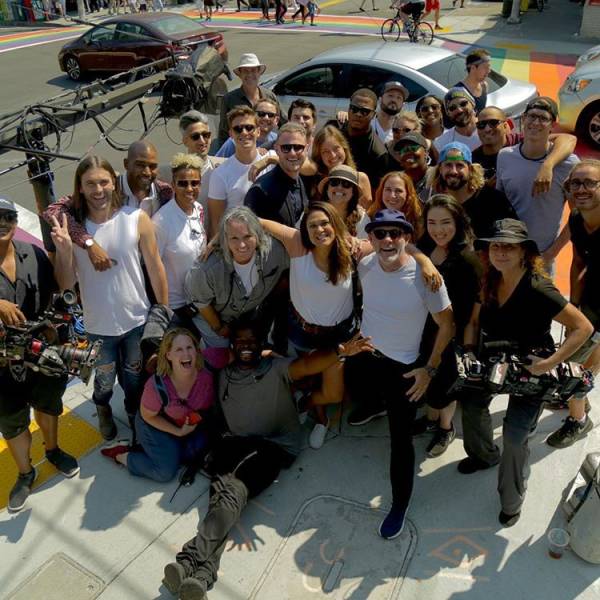