Nature Knows How To Impress Us Every Time (27 pics) 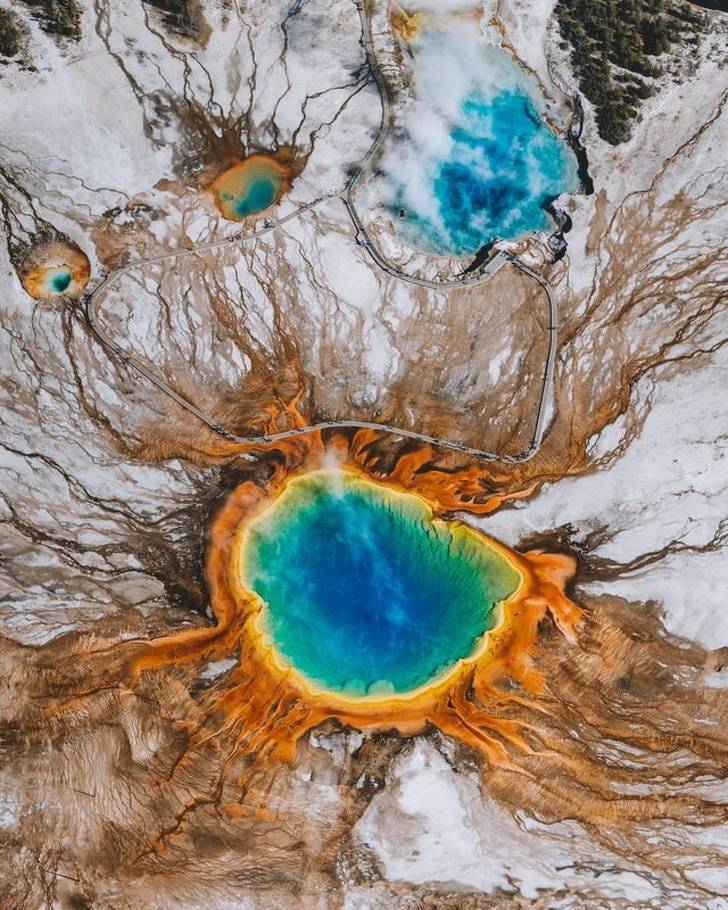 “Skiing in Japan can feel otherworldly.” 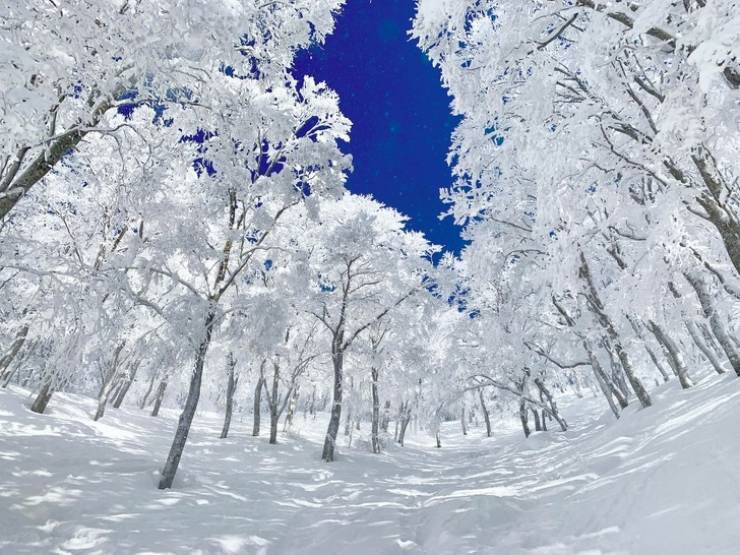 This river is so hot it’s literally boiling and emitting steam! 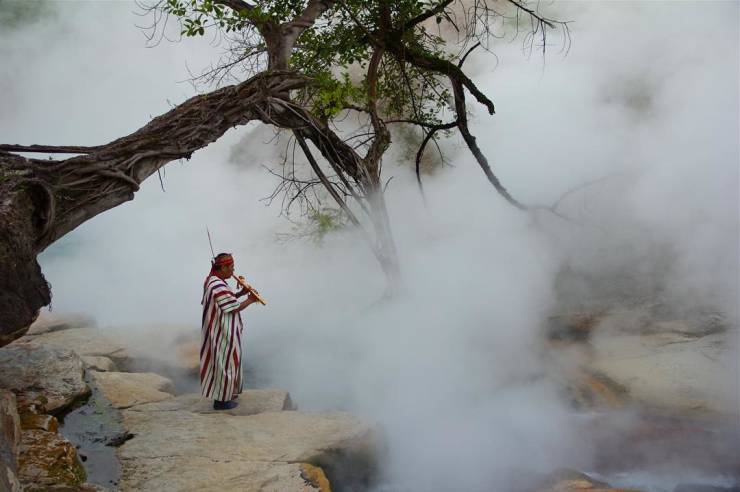 These Waitomo Glowworm Caves in New Zealand look like magic brought to life. 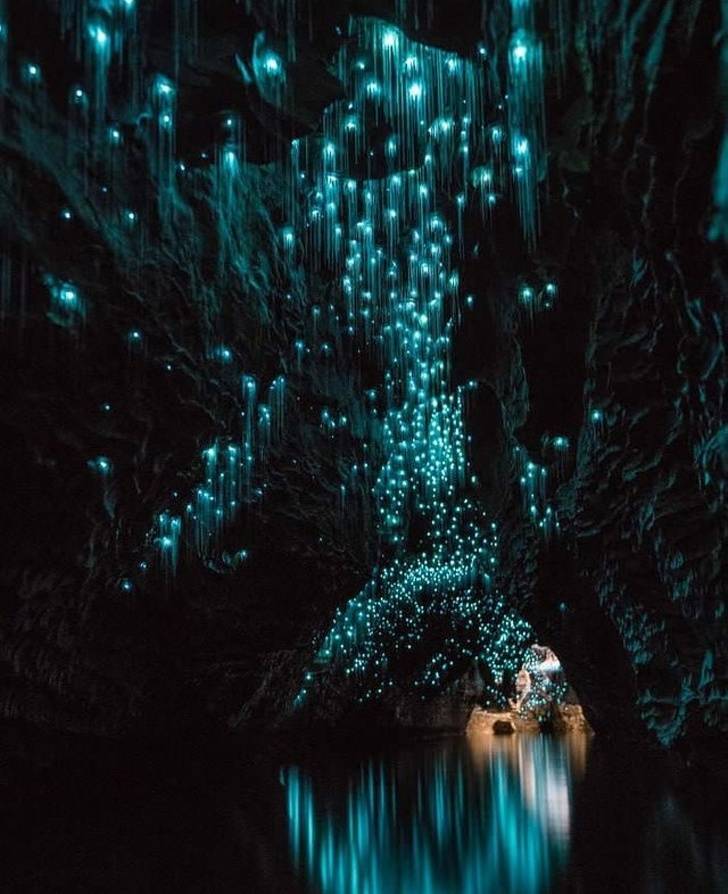 “The real show for the ocean lava entry started after sunset. For a magical 10 minutes, the glow from the lava balanced perfectly with the dwindling twilight.” 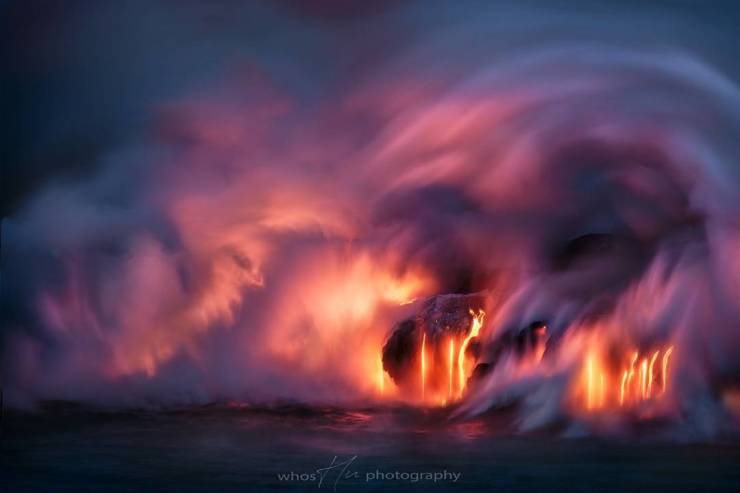 Siberia had a very bizarre black snow storm... and the results will make you do a doubletake. 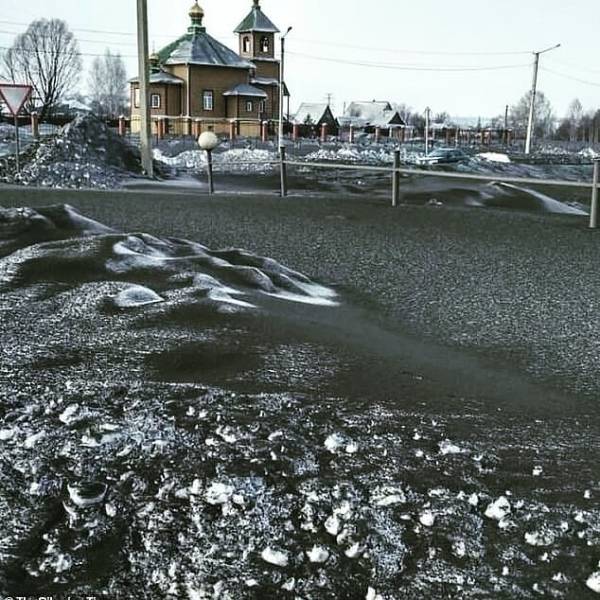 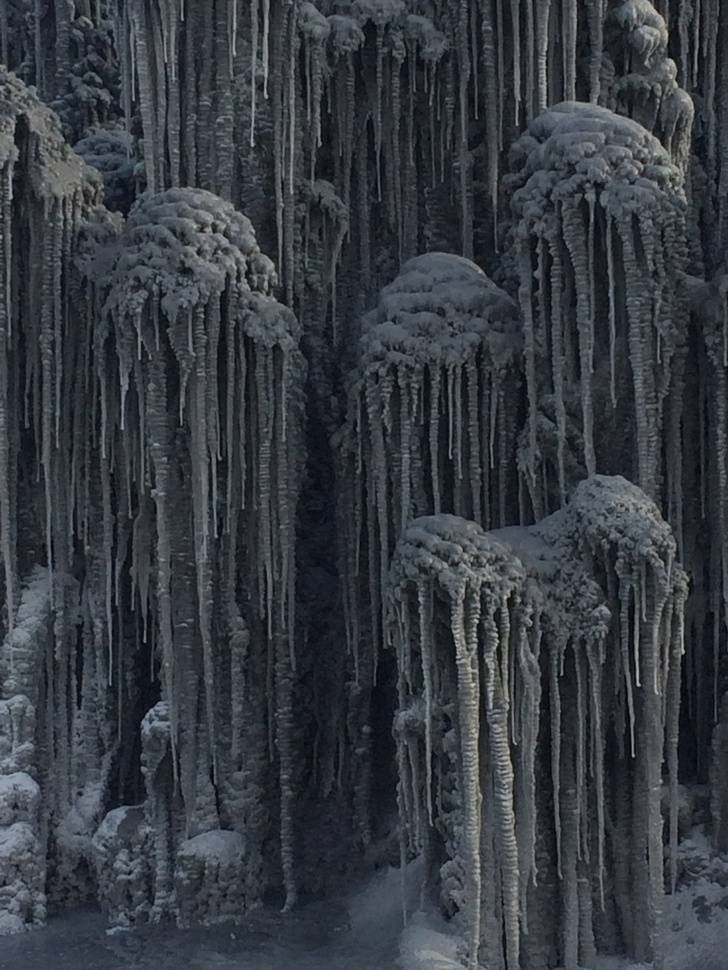 “A lake above the sea in Sørvágsvatn, Faroe Islands” 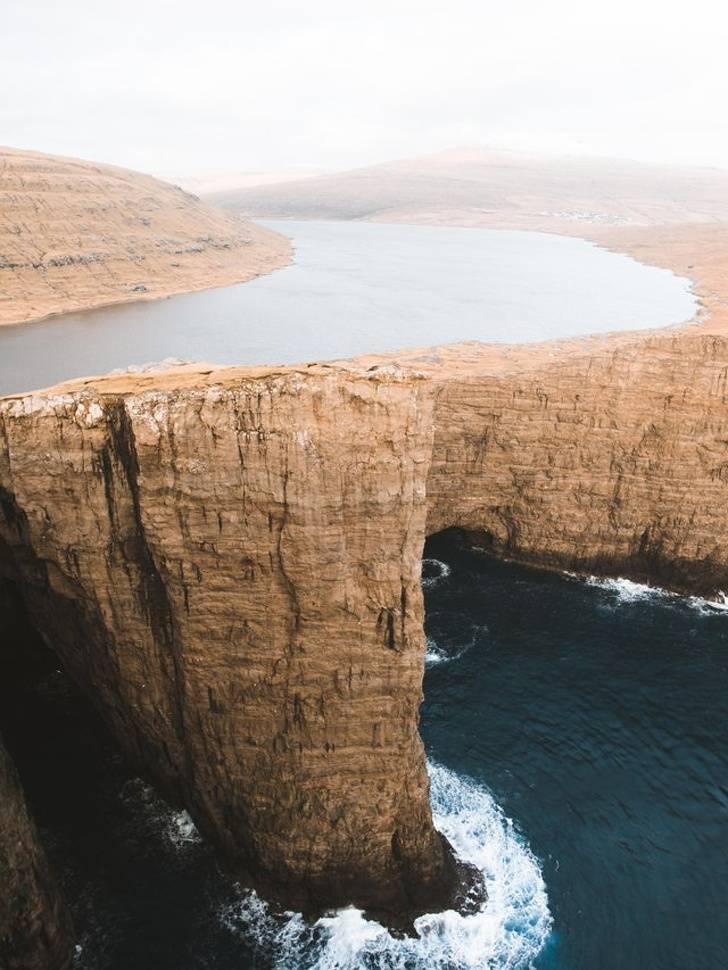 “The world turns pink during a sunset amongst snow clad trees at Riisitunturi National Park in Finland.” 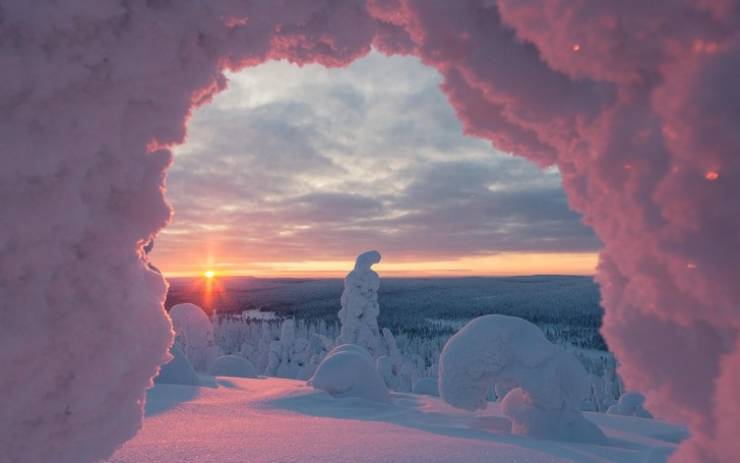 “The geologically vibrant Quebrada de Humahuaca is located in Jujuy, Argentina. This place feels like a painted landscape.” 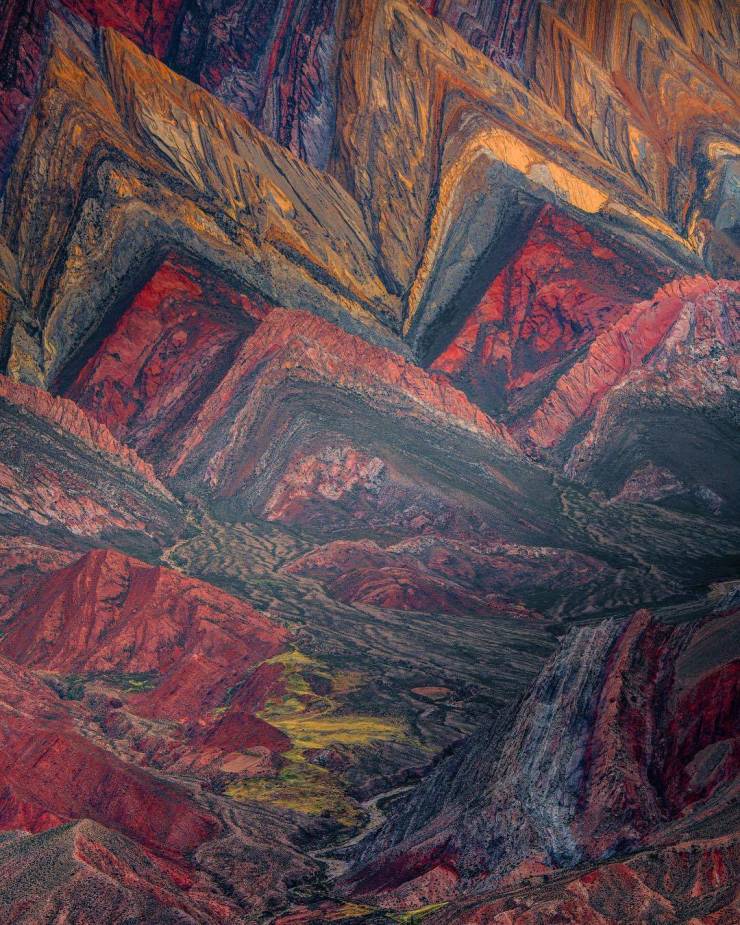 “A frost storm colored the trees white in Bavaria, Germany.” 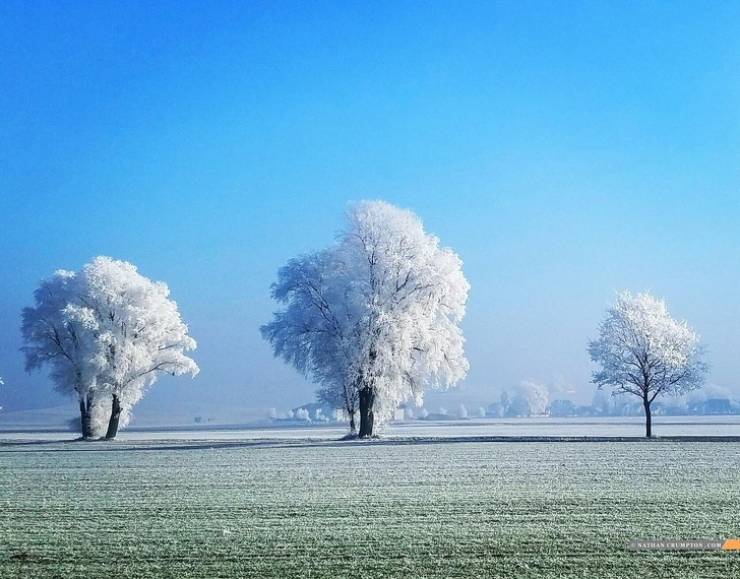 “I went for a walk in the forest and happened upon this ponderosa pine tree that had been struck by lightning near Flagstaff, Arizona.” 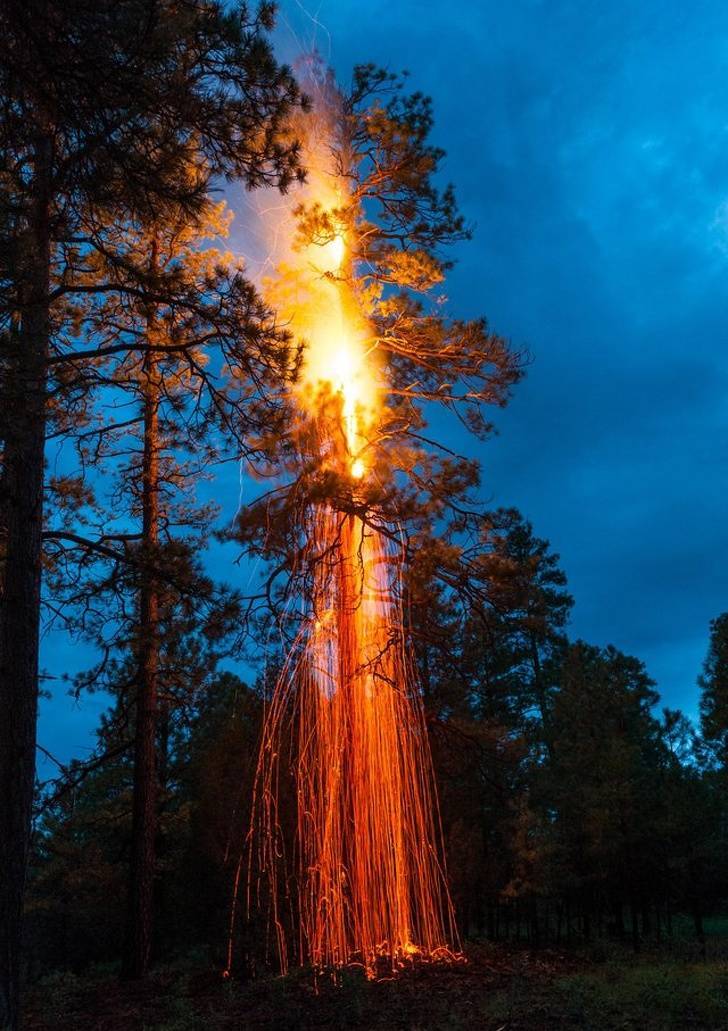 This aerial view of South-West Mauritius unveils what looks like an underwater waterfall. 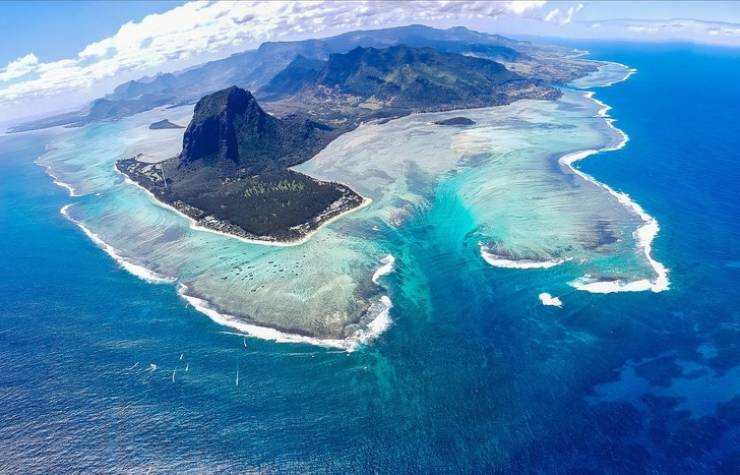 “It looks like the Milky Way is coming out of an erupting volcano in Guatemala.” 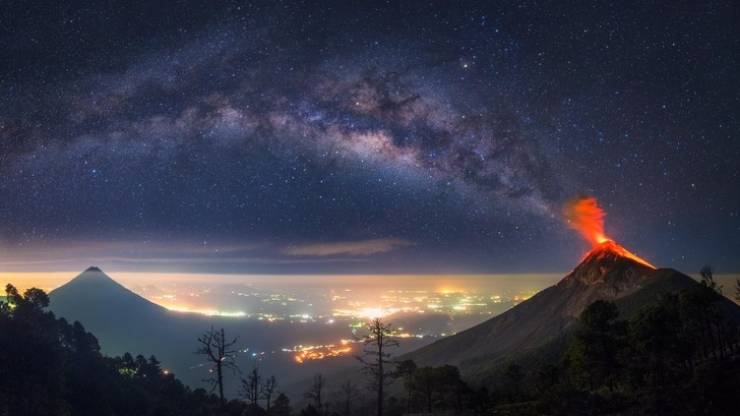 “I captured Poseidon’s Trident rising out of the Strokkur Geyser in Iceland.” 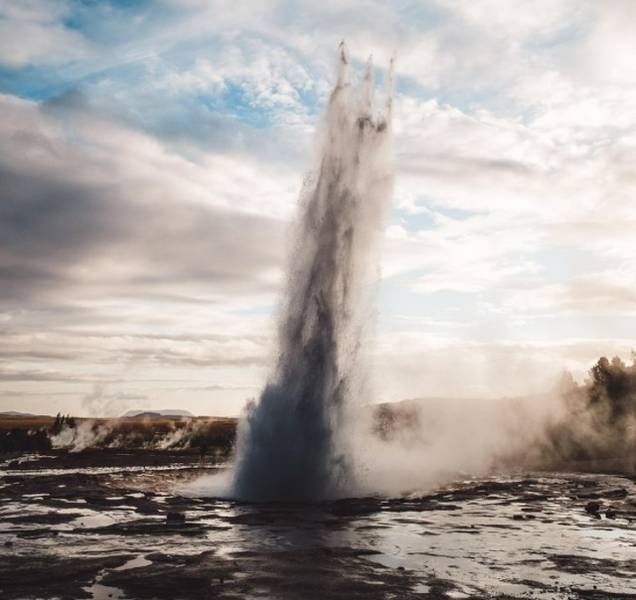 “This was taken a few nights ago in southeast Iceland facing a massive glacier lit by the northern lights.” 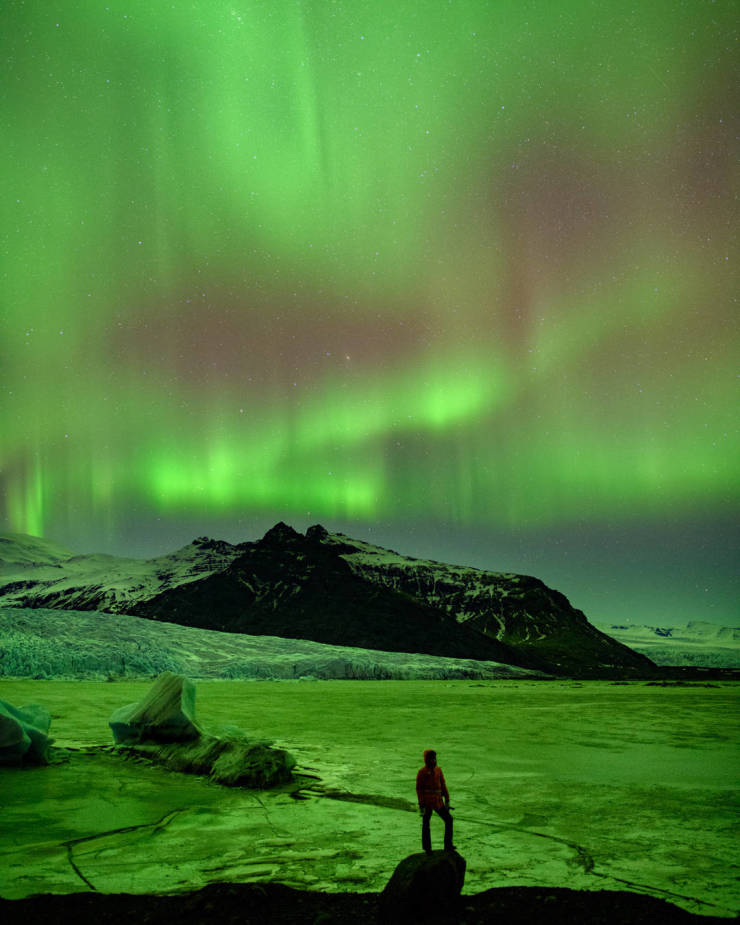 A stingray migration caught on camera is a spectacular sight indeed. 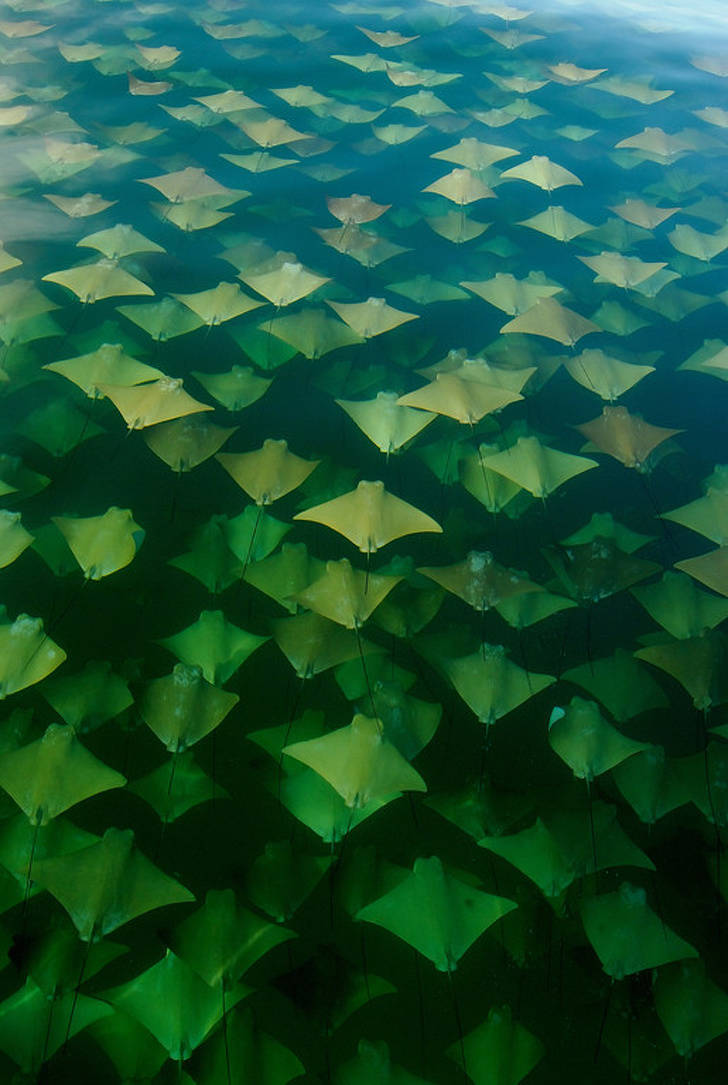 Spotted Lake in British Columbia looks like a mosaic, but it’s just nature being spectacular! 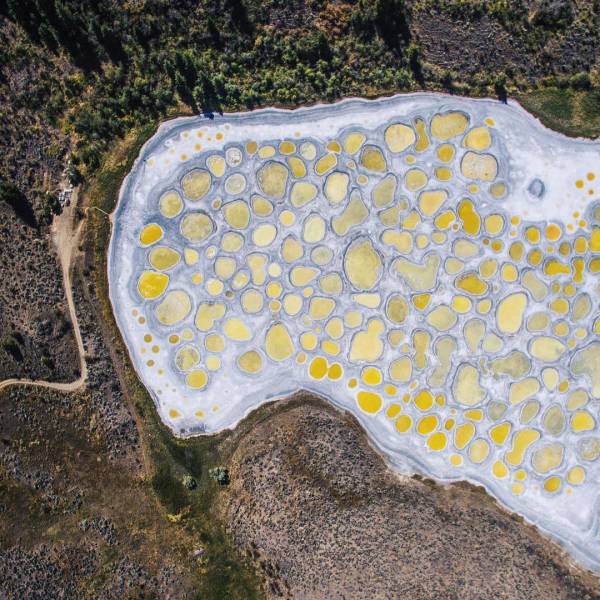 “The Finnish Lapland, where weather can include sub-freezing temperatures and intense snow.” 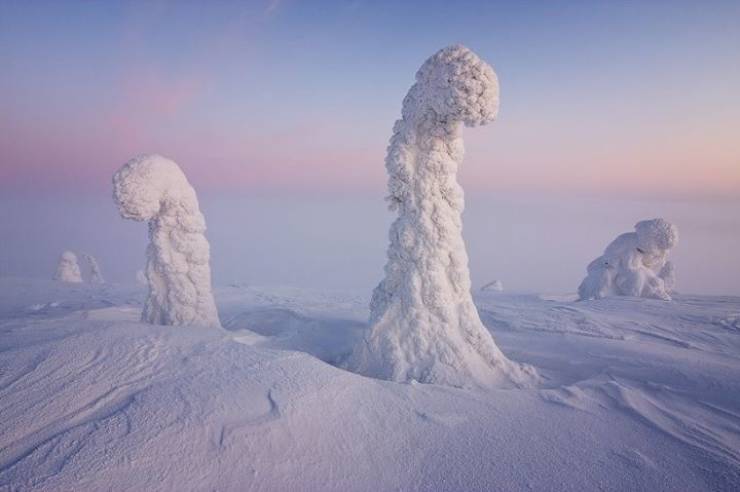 It’s a small but stunning spectacle of a natural ocean bonsai. 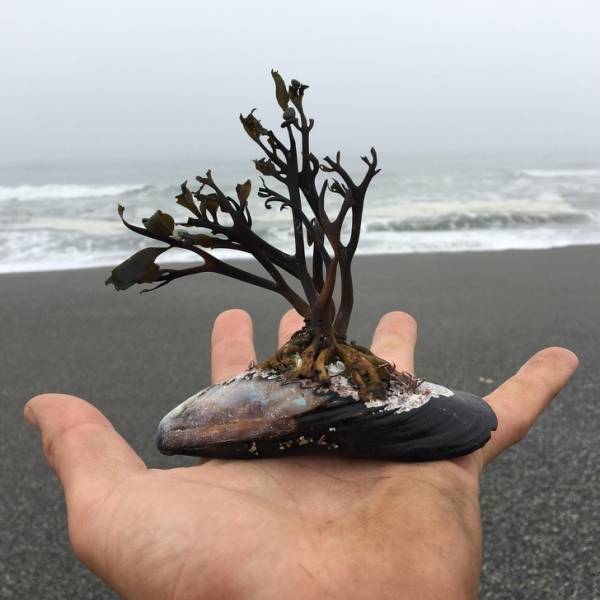 A clear, starry night in Norway 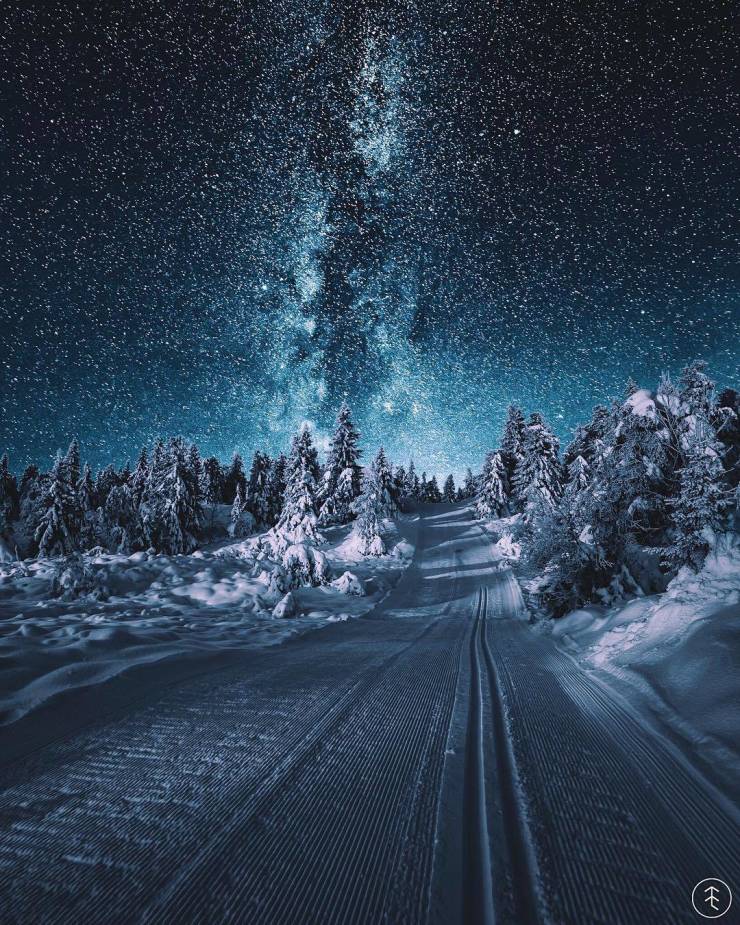 “This rock formation was caused by a lifetime of waves crashing against it.” 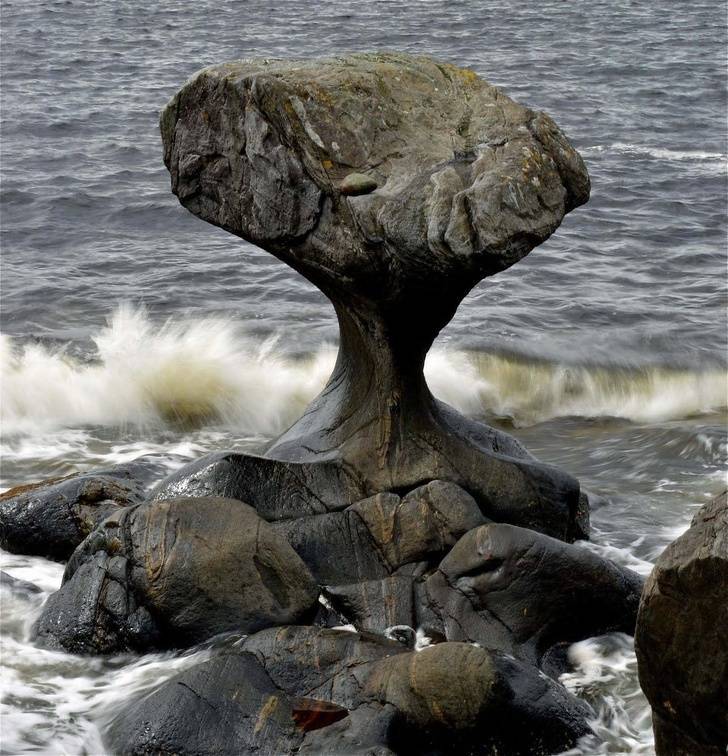 You can’t even see where the reflection of the water starts here. 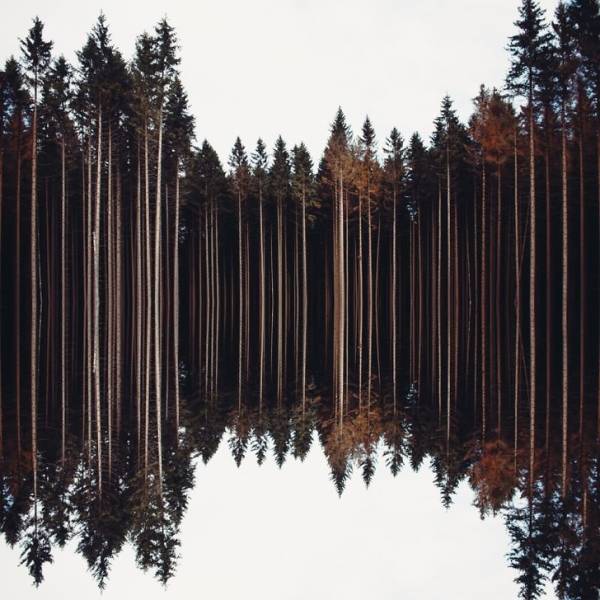 These Wisteria trees in Japan are the most wonderful color. Imagine seeing these in person! 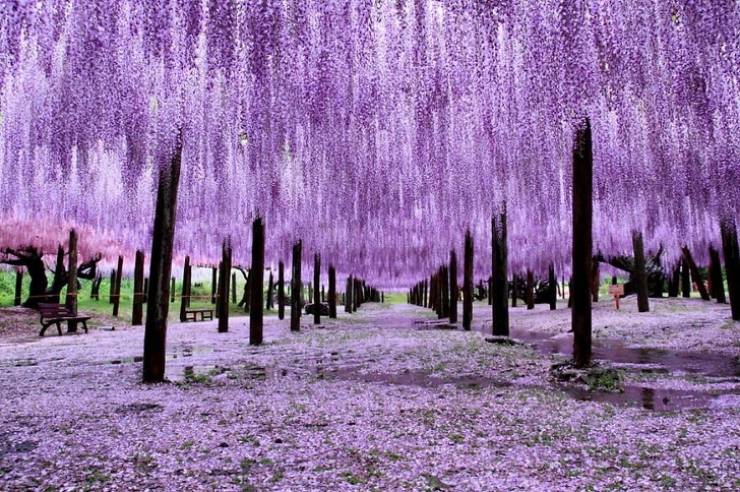 “A view of the eclipse from an airplane” 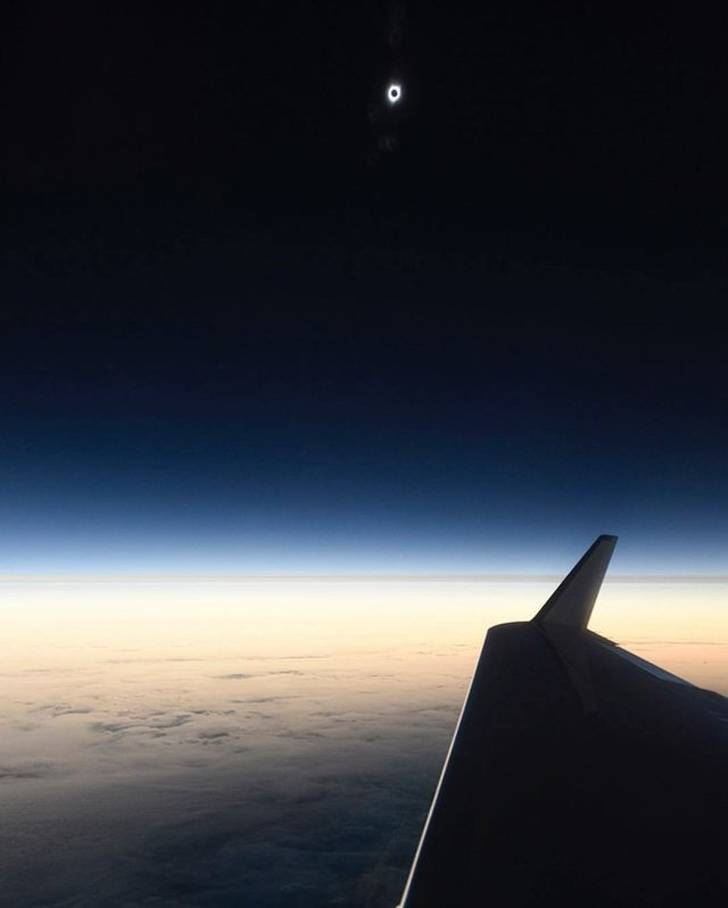 “The world’s deepest sinkhole in China is a heavenly pit.” 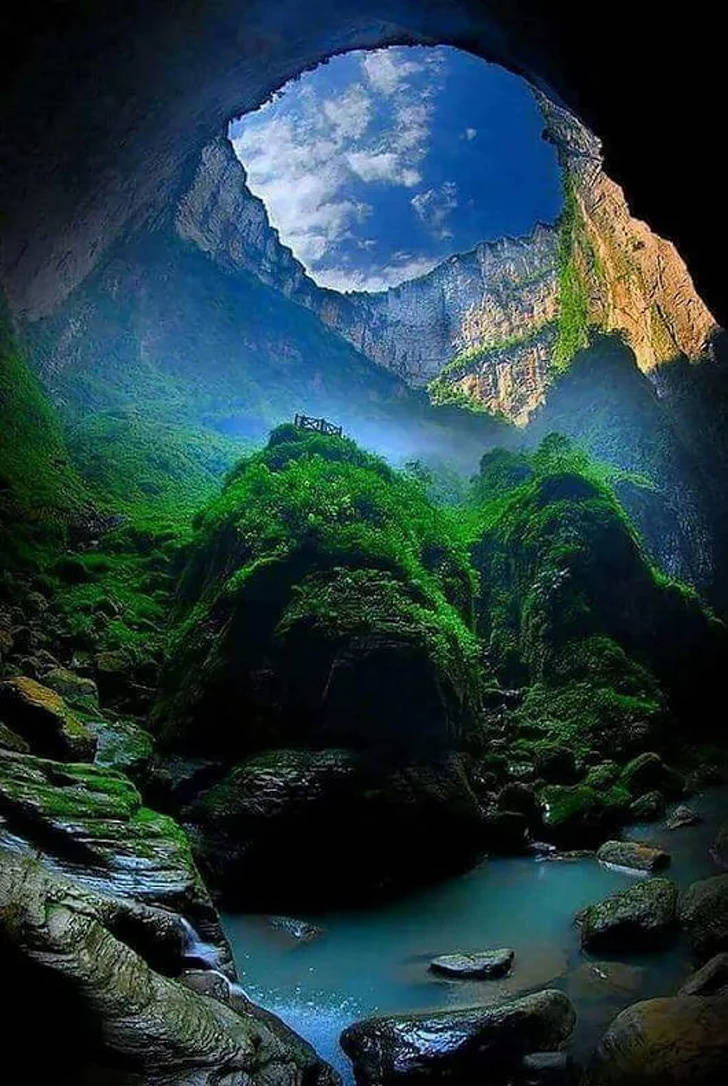 The sulfur in this area makes for a unique volcanic fire which is simply sensational. 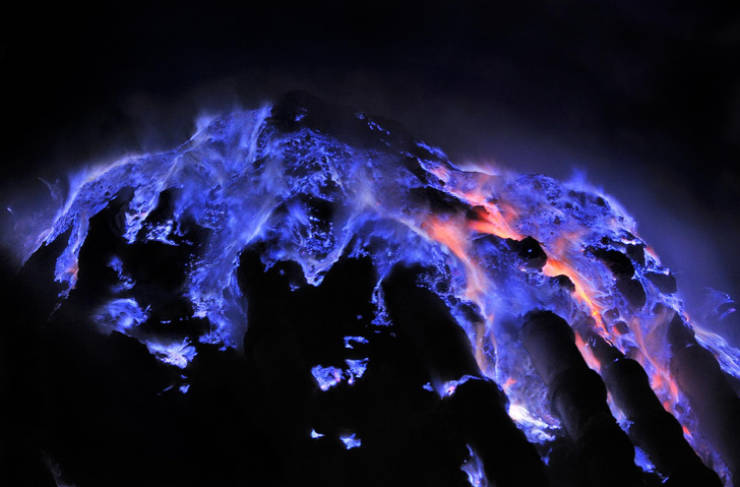