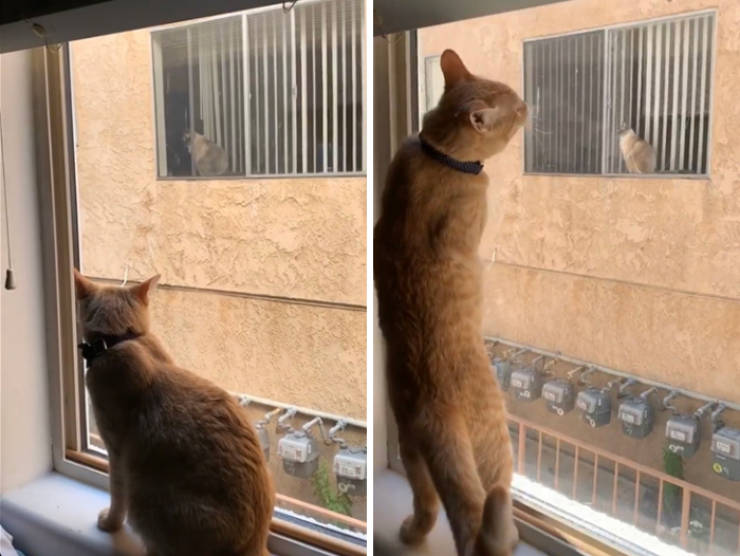 Mackenzie tweeted some pictures on Monday of her orange boy Simon, who, as the owner herself believes, fell in love with the neighbor’s cat. The pictures show eager and inquisitive Simon looking over the window at an indifferent-looking neighbor. Mackenzie decided to take matters into her own hands and made a sign on a paper sheet that read “What is your cat’s name? Love, Simon” and hung it on her window. 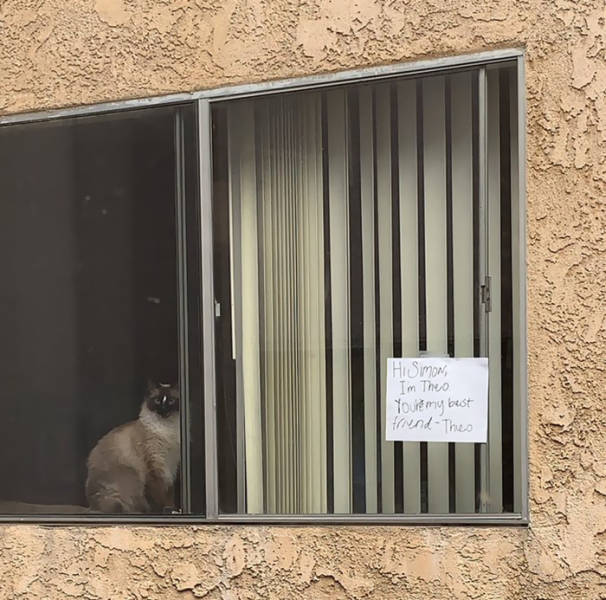 Not that long after, Theo wrote back: “Hi Simon, I’m Theo. You’r[e] my best friend.” While it seems that grammar is not the strongest Theo’s suit, Simon was nonetheless eager to meet and greet his neighbor – or shall we say, newfound love. 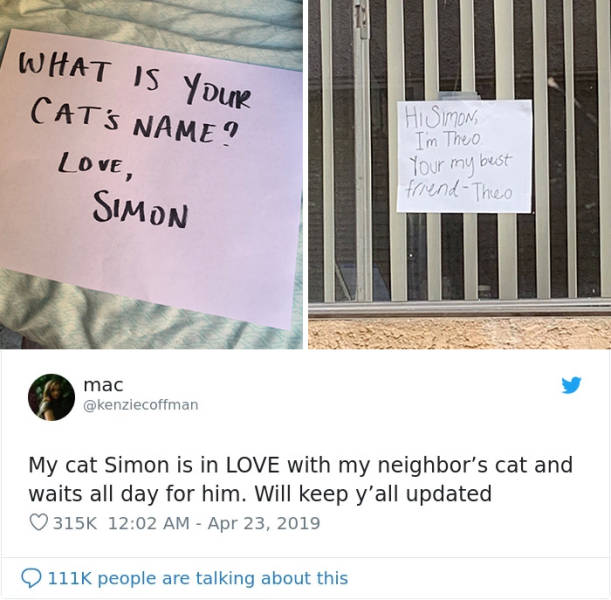 Mackenzie promised Twitter to keep them updated, and she stuck to her word, as she filled people in with the new details of the budding friendship.

The owner of Simon tweeted that she and her neighbor “both opened their windows so they [the cats] can talk.” And some talking they did. 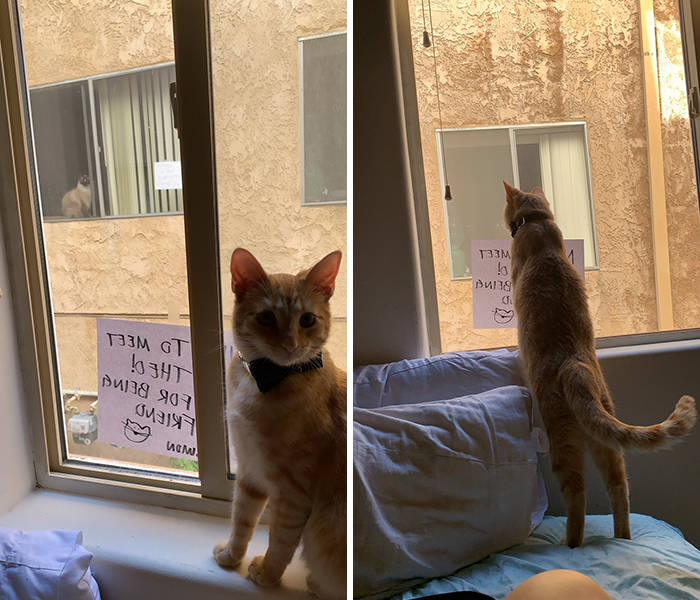 The orange tabby was dressed up and looking all dapper for his first birthday and luckily for him, he could show off his cool attire to Theo. 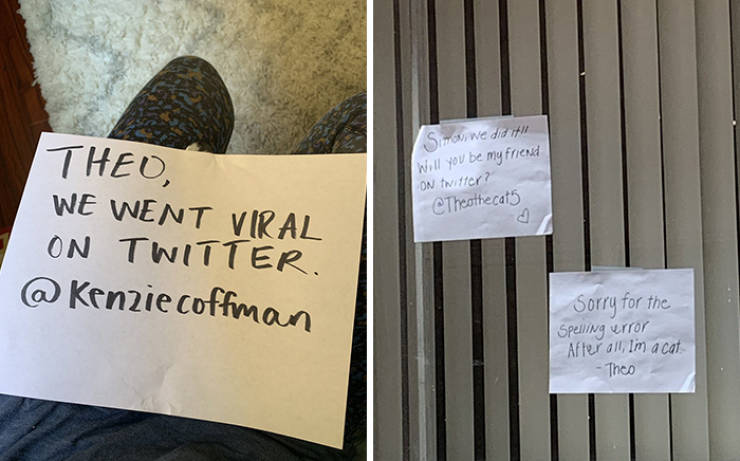 Soon enough, Mackenzie’s Twitter thread exploded and amassed thousands of likes and retweets. Simon made sure that his neighbor was aware of this by putting up another message on the window: “Theo, we went viral on Twitter,” to which Theo replied: “Simon, we did it!” To make communication easier, Theo apparently made a Twitter account for himself and invited Simon to befriend him. Also, he apologized for the previous grammar mistake. “After all, I’m a cat,” Theo justified himself. 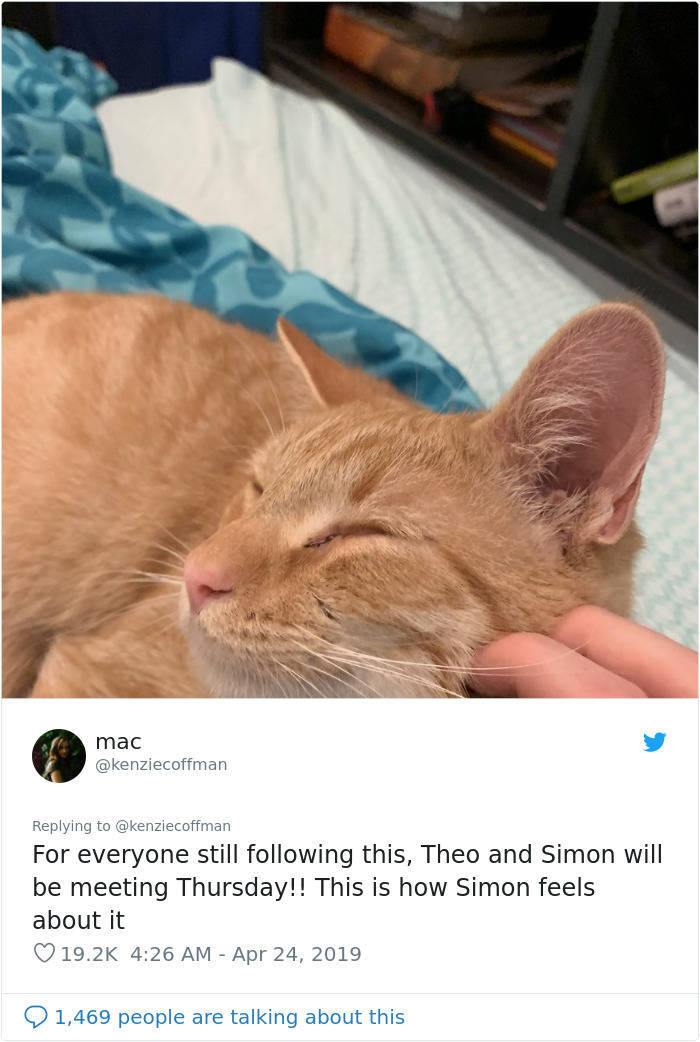 Much to people’s joy Mackenzie and her neighbor decided that their cats should finally meet in real life and arranged a date for them.

Not even in her wildest dreams, could Mackenzie have probably imagined that one day she’d be announcing an upcoming cat date on the Internet. But she did and we’re so glad. 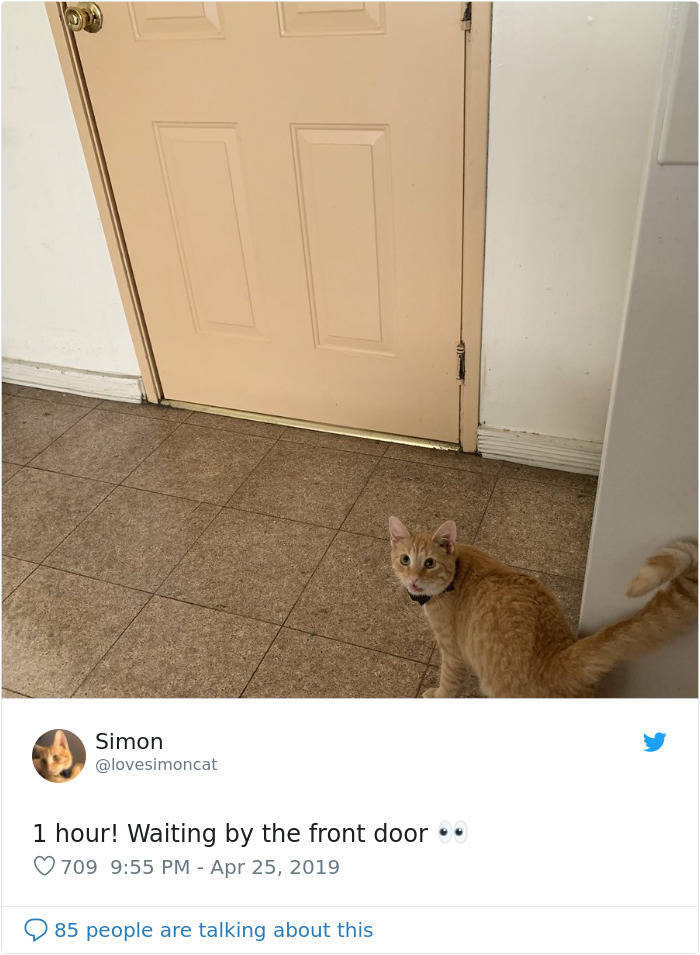 Simon seemed anxious to finally meet Theo face to face. “1 hour! Waiting by the front door,” he tweeted eagerly. Twitter was holding its breath. And finally – the moment that all Twitter folks had been waiting for, came. 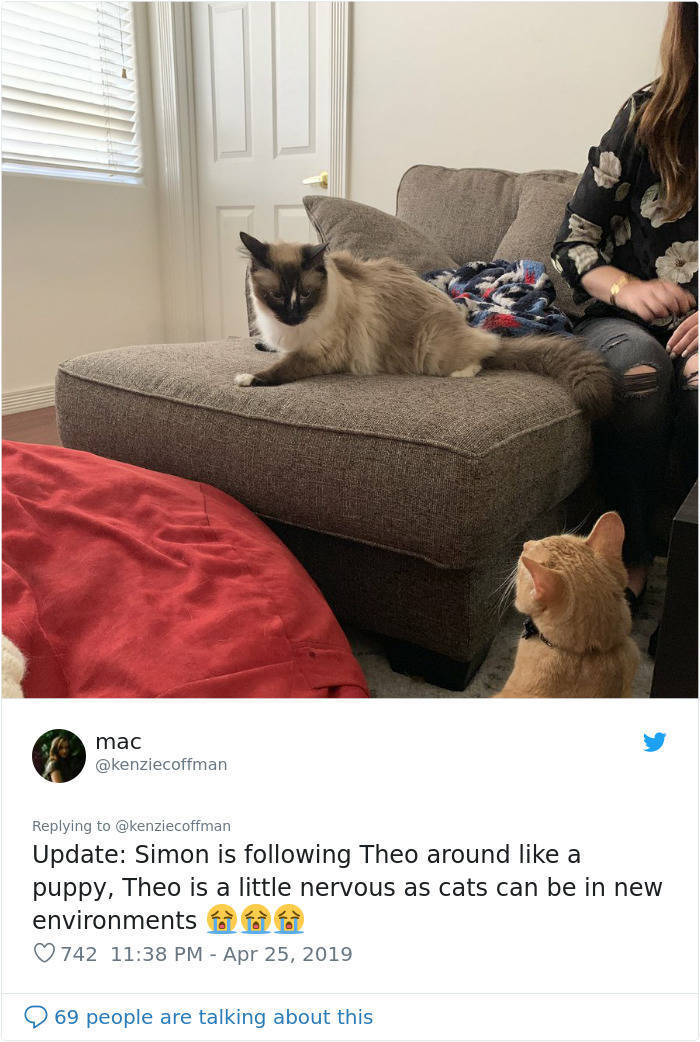 Theo came to Simon’s house and the two rascals finally met each other. However, as the date took place in Simon’s house, Theo was a tad nervous, but nonetheless excited. “Simon is following Theo around like a puppy,” Mackenzie told her followers. 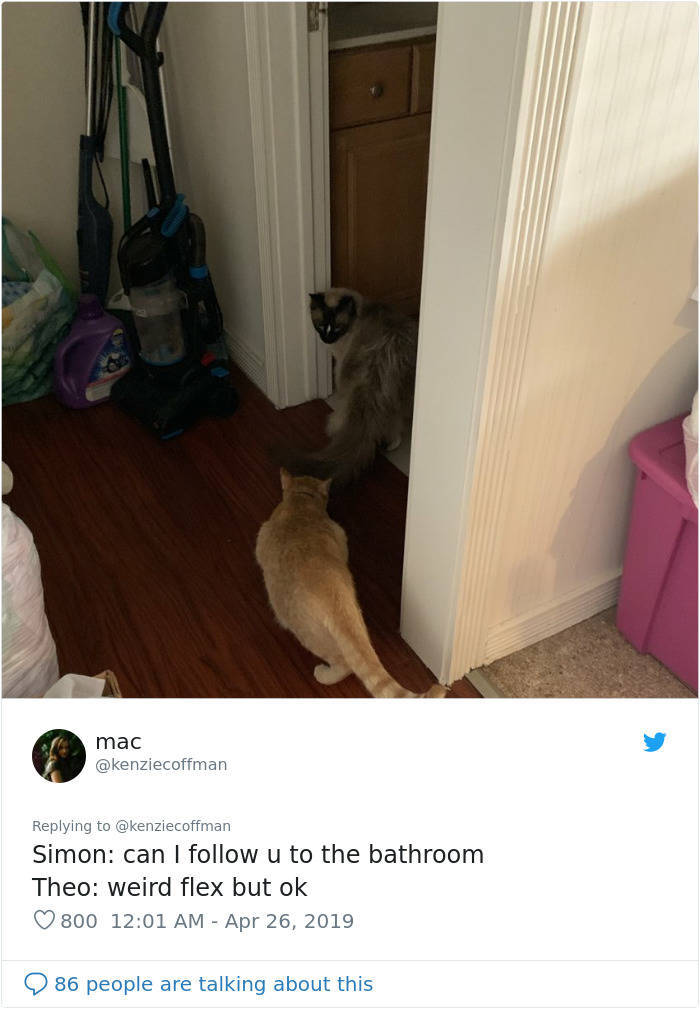 Apparently, Simon was really into following Theo, who, probably did not mind all that much. After all, he was the one who proclaimed that Simon was his best friend. And best friends do things together. 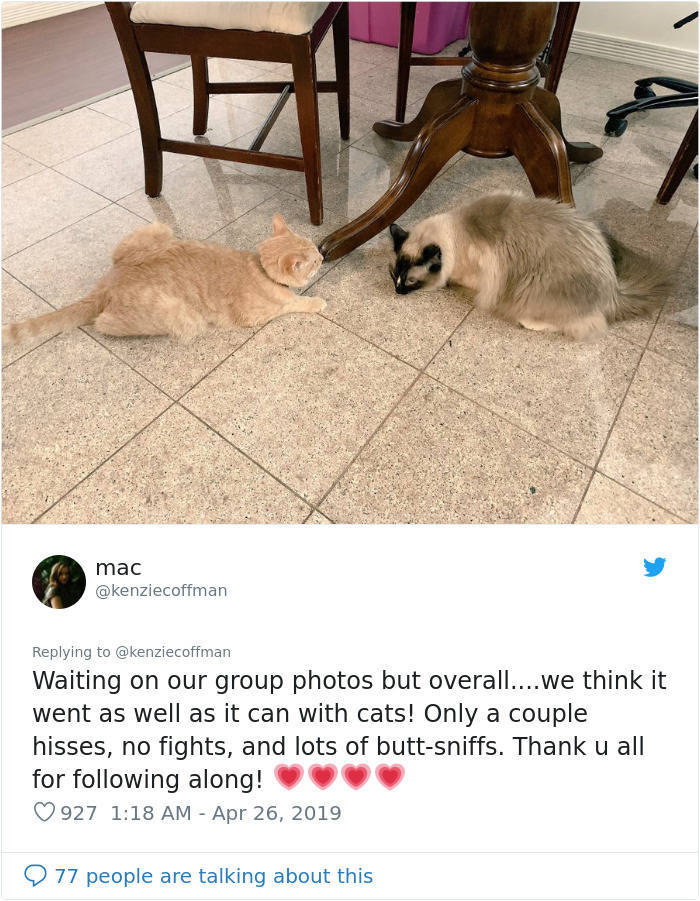 “We think it went as well as it can with cats! Only a couple hisses, no fights, and lots of butt-sniffs,” Mackenzie concluded of the long-awaited date. Needless to say, people are eager to follow more of Theo and Simon’s adventures, and hopefully, their newly-acquired Twitter accounts will help them to update their followers on their friendship. After the Twitter thread went viral, the two owners of Theo and Simon took a beautiful family picture with the now Twitter-famous furballs.

Needless to say, people on Twitter were left in tears because of the cuteness overload 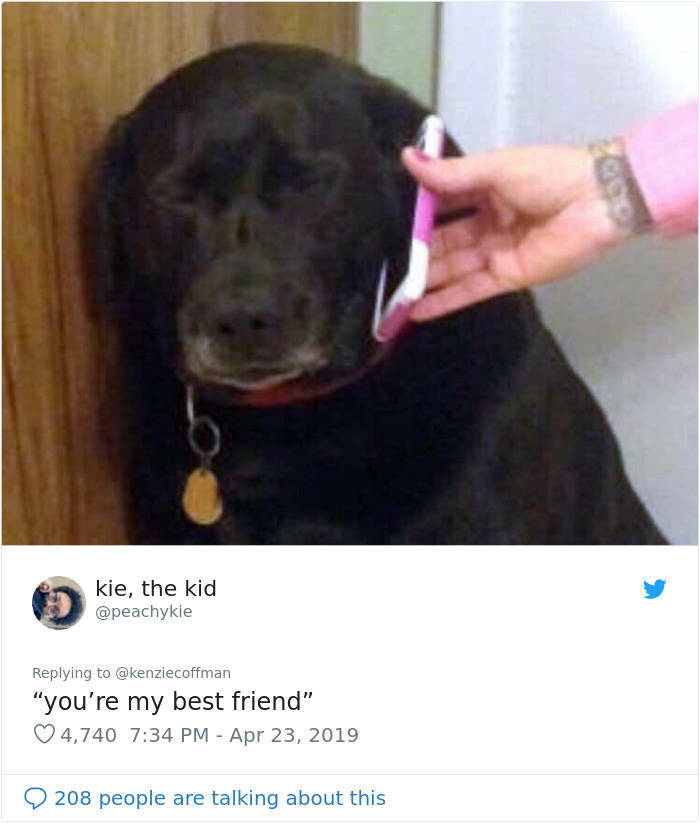 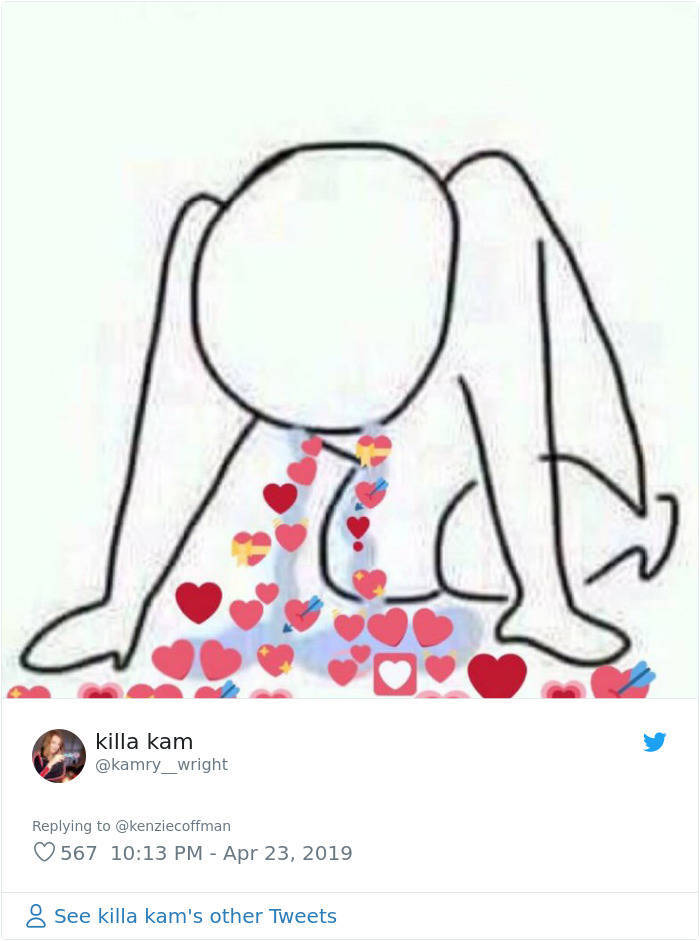 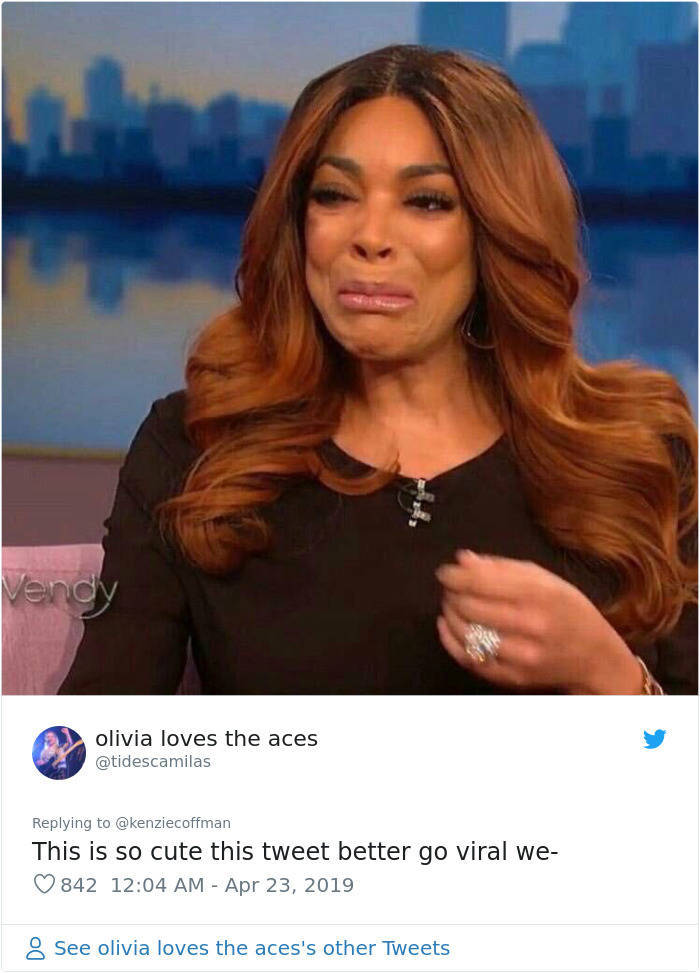 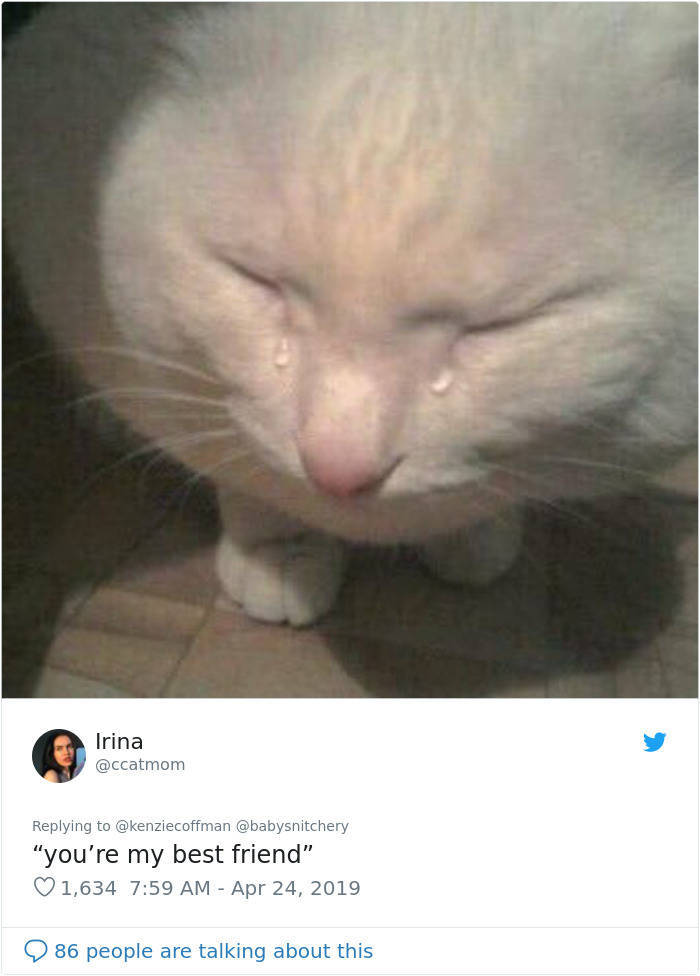 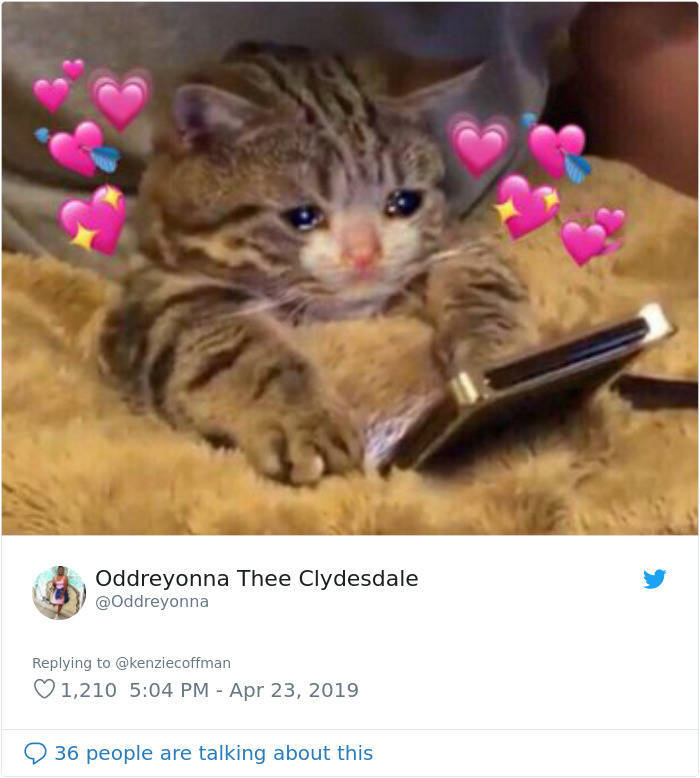