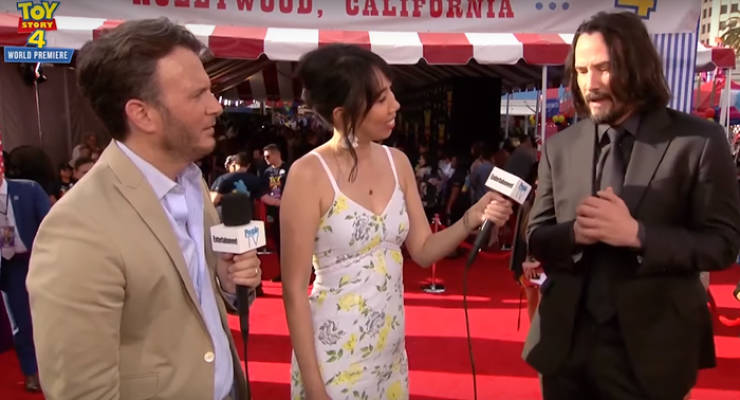 Reeves was on the red carpet for the Toy Story 4 premiere, in which he plays a daredevil, a motorcycle-obsessed toy called Duke Caboom, when he was approached by a reporter from People magazine. Eager to address the internet’s obsession with the actor, she asked about his title as its ‘boyfriend.’ 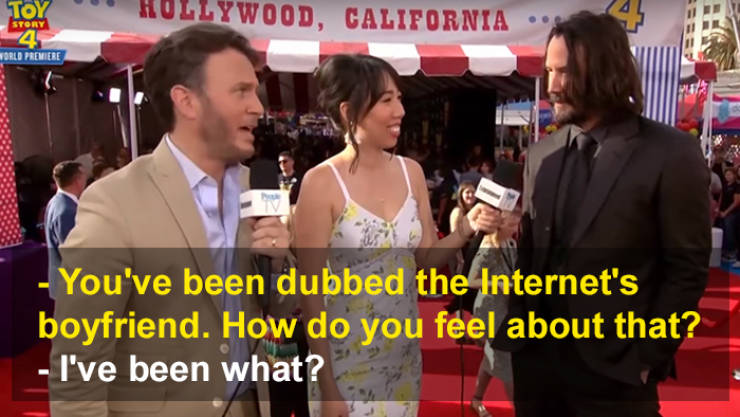 The down-to-earth actor responded with adorable confusion to the question. Actors are used to fans shipping relationships with other actors but with the internet? not so much. 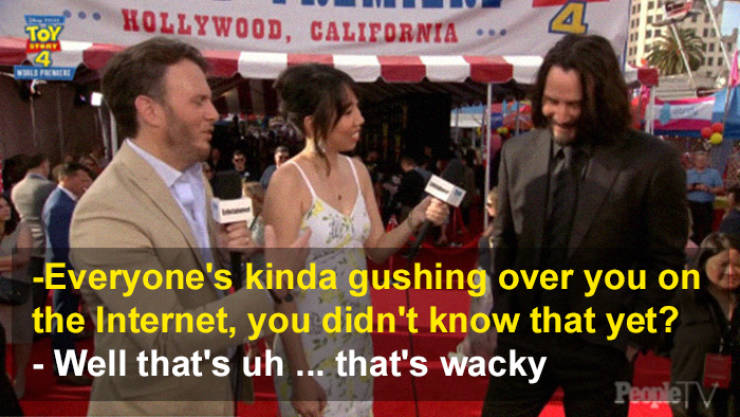 She tried to clarify her question by explaining that lately, people had been “gushing” over the actor again. Really exploding on the Hollywood scene since the 1990s people have re-awoken their passion for Reeves due to his most recent roles and stories about his humble and generous nature. 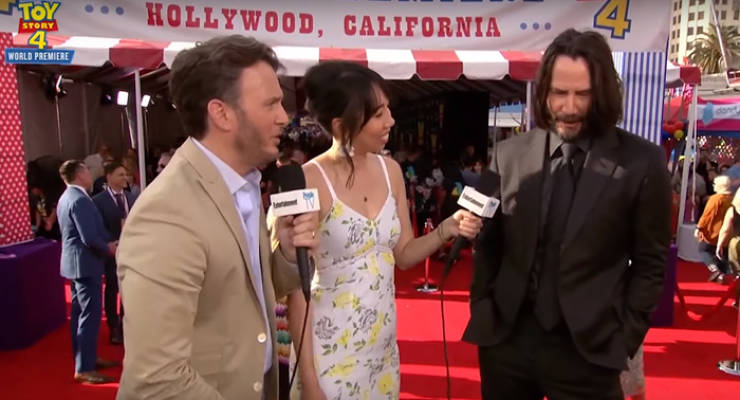 He found the title to be uh “wacky” but was appreciative for all the support, and said that “the positivity’s great.” 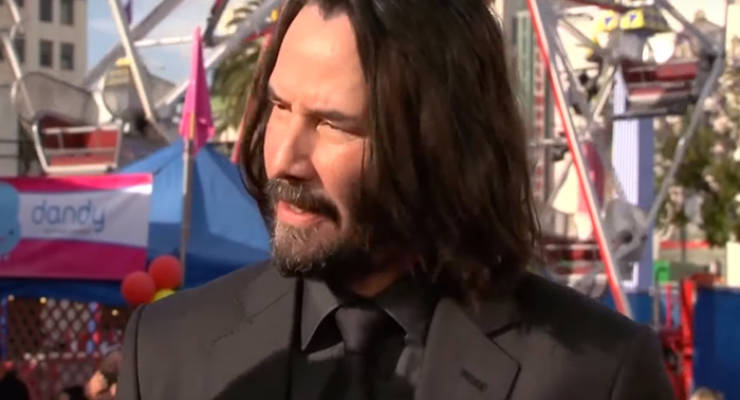 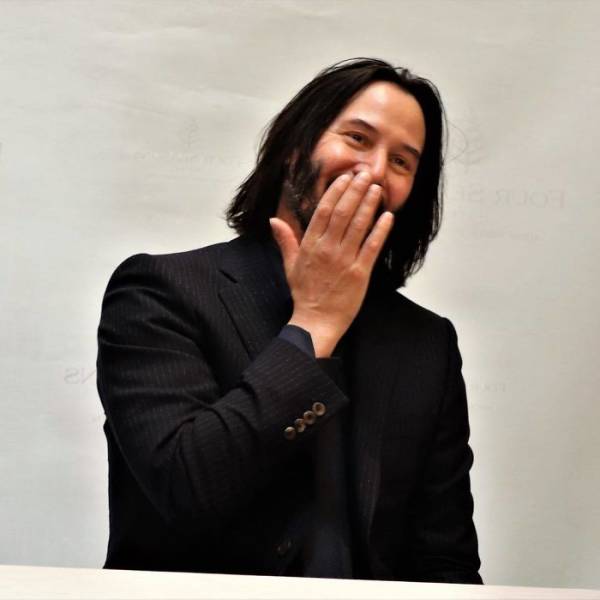 Reeves dethroned Avengers: Endgame at the box office with John Wick: Chapter 3 — Parabellum. He is the voice behind Duke Caboom, the stuntman toy in the upcoming Toy Story 4. He caused a hullaballoo at E3 after he announced he’ll be in the Cyberpunk 2077 video game. And then there is his delightfully, hilariously exaggerated cameo as himself in Netflix original comedy Always Be My Maybe. 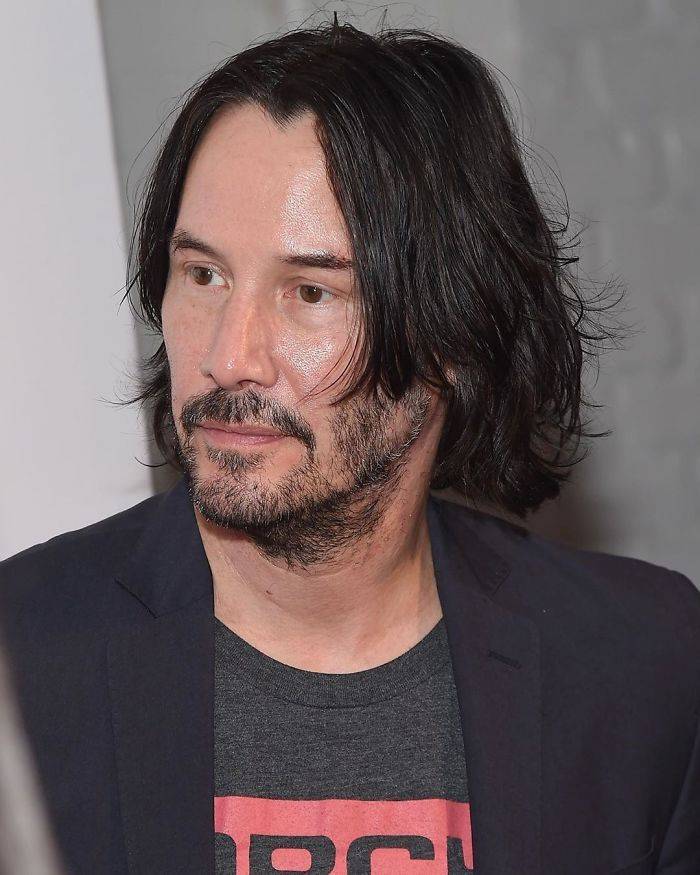 Reeves was particularly excited about his upcoming role in Toy Story 4, which debuts June 21st, and told People magazine, “The character’s so full of life,” he added. “He’s a showman, he’s a daredevil. So when he’s on the bike, I was just — like, he keeps doing poses, you know, and he can’t stop. They put it into the film, so it was nice.” 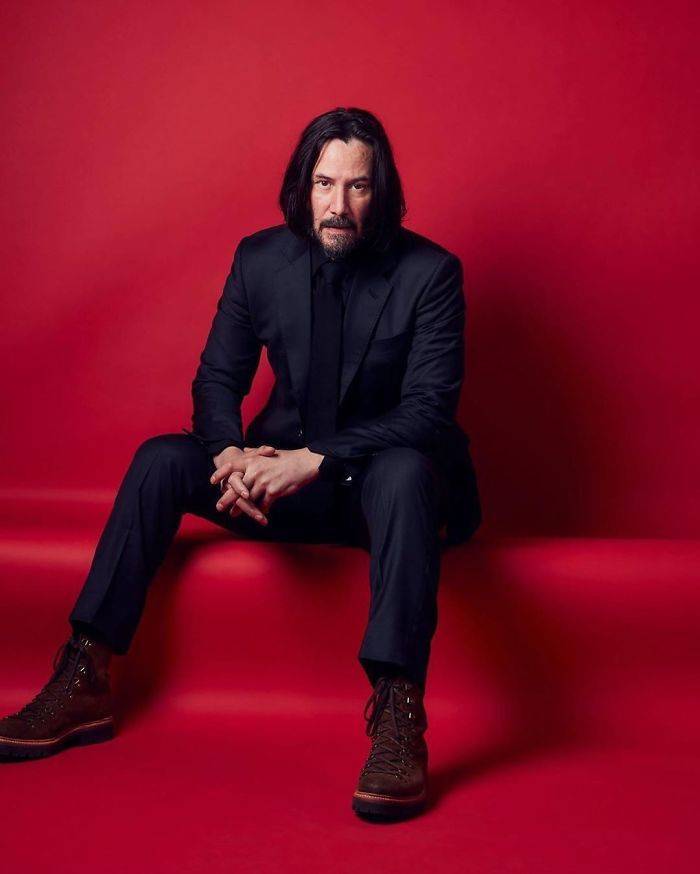