The media isn’t accurately reflecting what we’re dying from

To see full size image click on the green cross on the top right corner! 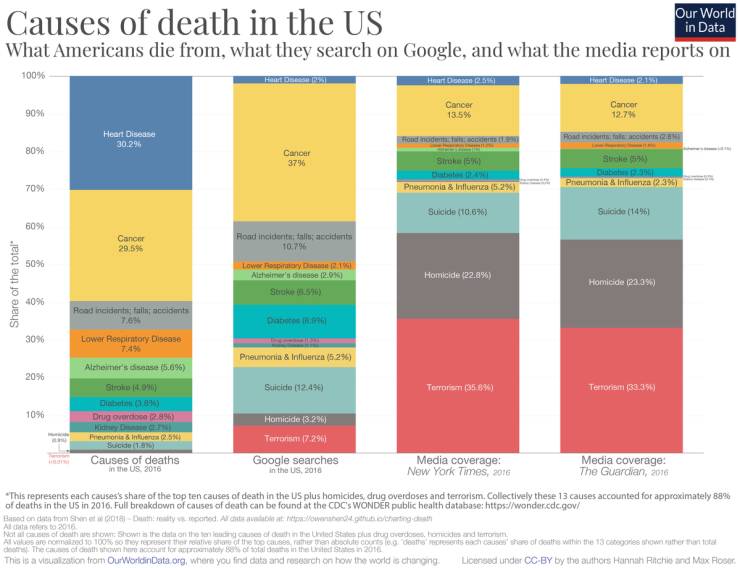 The data that Bill Gates tweeted comes from a project, titled Death: Reality vs. Reported, by students of the University of California San Diego. The researchers attempted to answer these questions: how do people die, how do people think they die, and is there a difference. To get some answers, they set out to investigate if there’s a disconnect between what one sees in the news and what happens in reality.

For their project, the students look at four sources: The Center for Disease Control’s WONDER database for public health data (1999-2016), Google Trends search volume (2004-2016), The Guardian’s article database, and The New York Times’ article database. “For all of the above data, we looked at the top 10 largest causes of mortality, as well as terrorism, overdoses, and homicides, three other causes of death which we believe receive a lot of media attention,” they wrote. For each, the relative share of deaths, share of Google searches, and share of media coverage, were calculated. 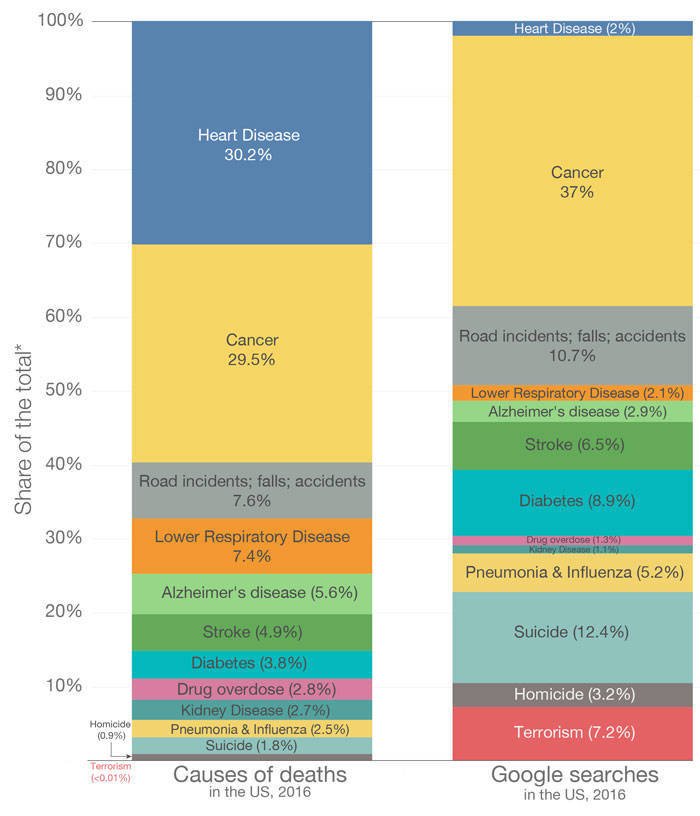 “Immediately, we can see that cancer and heart disease take up a major chunk of all deaths, each responsible for around 30% of the total death count,” the researchers wrote. “On the graph, everything is visible except for terrorism, which is so small it doesn’t show up unless we zoom in.”

Next, the Google Trends data. “The two major changes here seem to be that heart disease is underrepresented here, and terrorism is very much overrepresented. Suicide also looks like it has several times more relative share here than compared to the actual death rate. The rest of the causes look like they’re within the right order of magnitude as the CDC data.”

Actual causes of death vs. death coverage in the media (The Guardian) 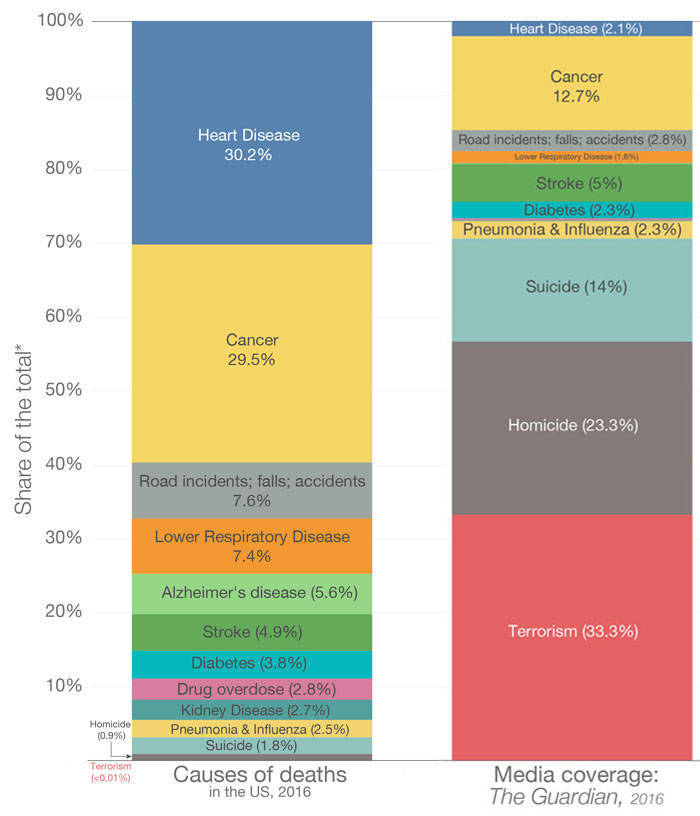 Actual causes of death vs. death coverage in the media (New York Times) 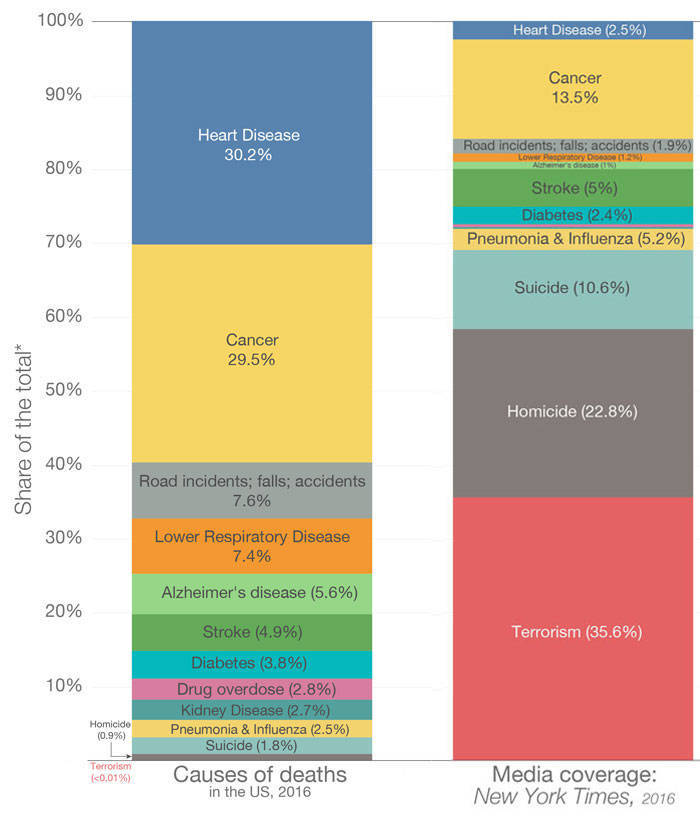 “Here, we see that terrorism, cancer, and homicides are the causes of death that are most mentioned in the newspapers. Though the share that cancer occupies seems largely proportional, the share given to both homicides and terrorism appears grossly overrepresented, given their respective share of total deaths.”

“After looking at our data, we found that, like results before us, the attention given by news outlets and Google searches does not match the actual distribution of deaths,” they concluded. “This suggests that general public sentiment is not well-calibrated with the ways that people actually die. Heart disease and kidney disease appear largely underrepresented in the sphere of public attention, while terrorism and homicides capture a far larger share, relative to their share of deaths caused.”