One type of jellyfish can kill a fully grown human. 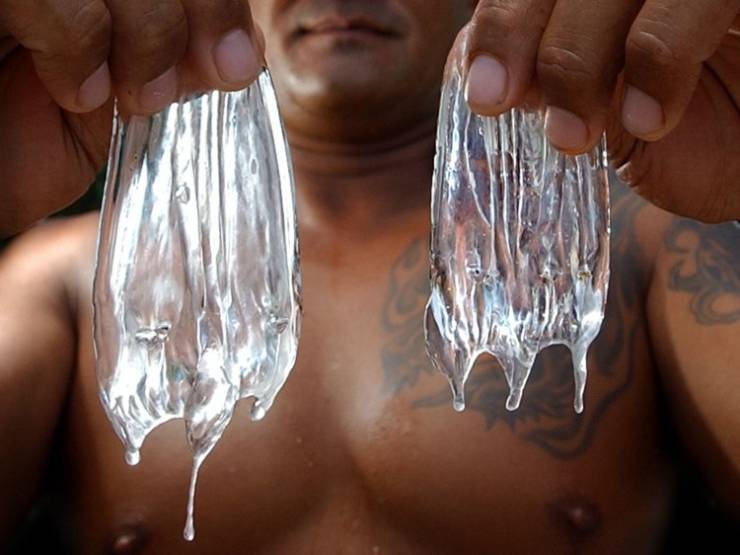 The box jellyfish is thought to be the most venomous marine animal in the world. It has a cube-shaped body and is typically found in waters around Australia and the Indo-Pacific. Its tentacles are covered in poison-filled darts. Only a few types of box jellyfish have venom that's lethal for humans, but a person who gets stung by one of these jellies can go into cardiac arrest or die within minutes. 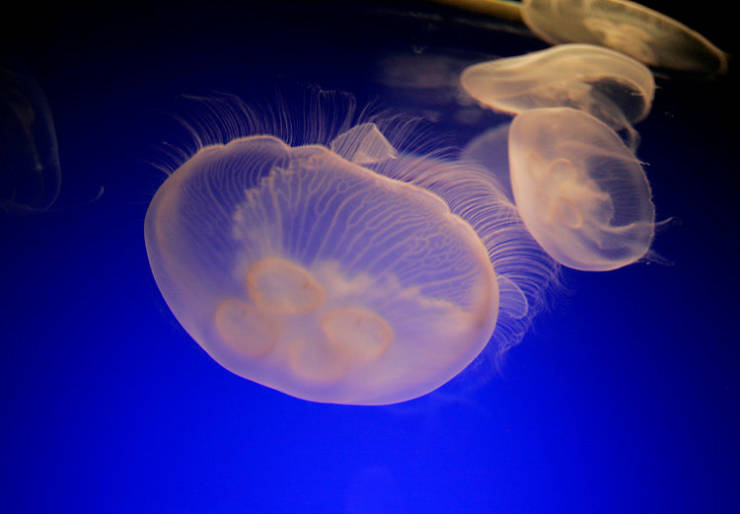 About 5% percent of jellyfish bodies are made of structural proteins, muscles, and nerve cells, while the remaining 95% is water. Human bodies, by comparison, are up to 60% water.

A group of jellyfish can go by three different names. 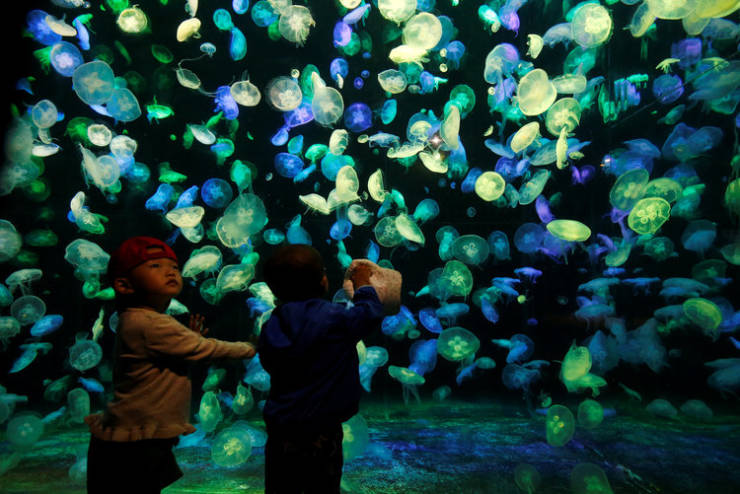 Groups of animals typically have their own names: A group of cows is a herd, for example, while many fish swimming together are a school. Jellyfish groups can go by three different names. A collection of jellyfish are called a "bloom," "smack," or "swarm." 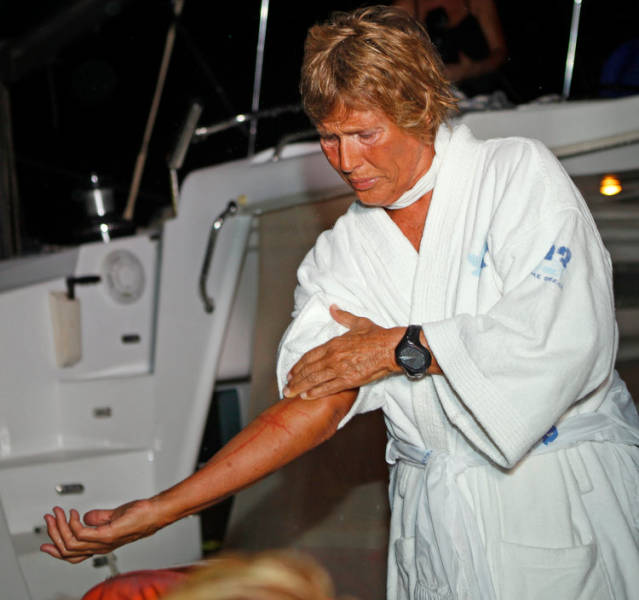 It's a common myth that if a person is stung by a jellyfish, another person should urinate on the sting to relieve pain. But that's simply not true. According to the Mayo Clinic, if you find yourself stung by a jellyfish, your best course of action is to remove any tentacles carefully with tweezers and soak the sting in hot water. Of , if a person gets a severe reaction or becomes unconscious after a sting, seek medical attention immediately.

Jellyfish aren’t fish at all. 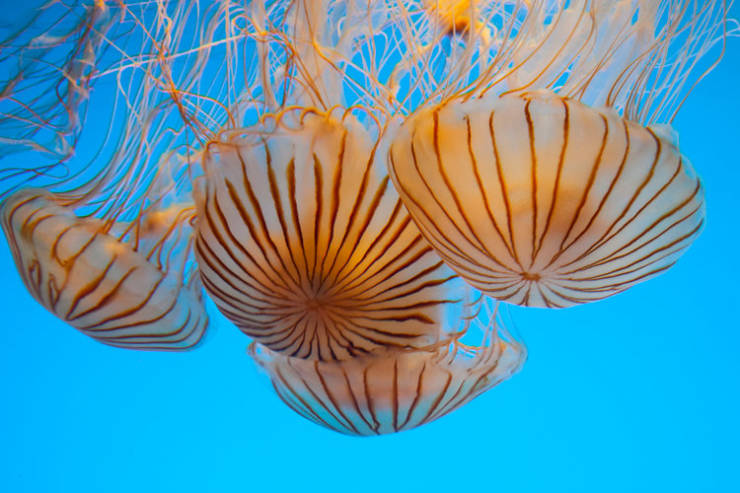 Despite their name, jellyfish aren't really a type of fish. Fish are vertebrates that live in water and breathe through their gills. Jellyfish, on the other hand, are invertebrates, meaning they have no backbone and they absorb oxygen from water through membranes. 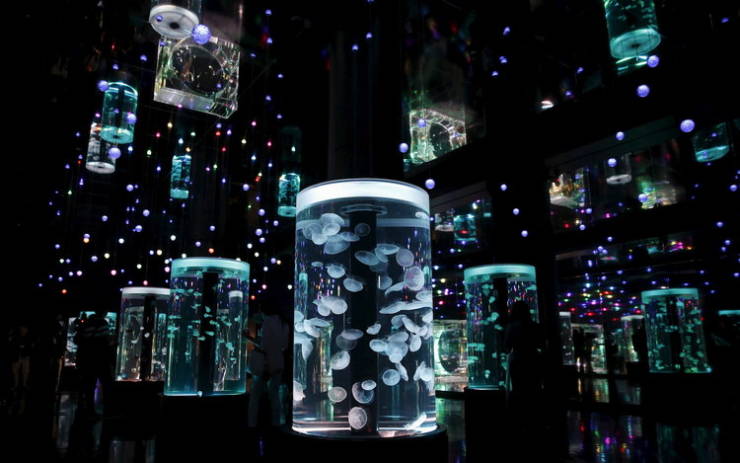 In 1991, over 2,000 jellyfish polyps were blasted into space to test how they reacted to the lack of gravity. Those jellyfish reproduced in space, creating over 60,000 jellies, but the space-bred jellies weren't able to function properly when they returned to Earth.

There are over 25 types of edible jellyfish. 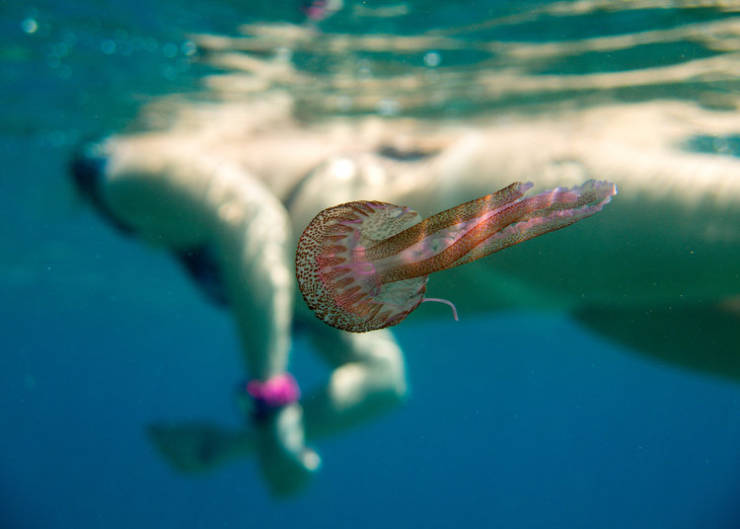 Jellyfish can be a delicacy — there are over 25 edible types of jellyfish. They're typically found in salads or pickled, and some people say they have salty taste and a similar consistency to noodles.

One type of jellyfish is thought to be immortal. 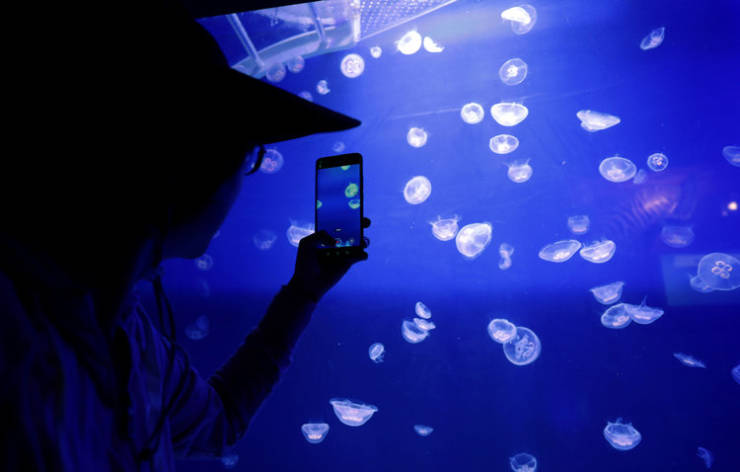 The Turritopsis dohrnii jellyfish is thought to be immortal, since it can transform back into a colony of polyps (individual organisms). As the jelly ages, it eventually settles onto the sea floor and becomes polyps. The polyps then spawn new, genetically identical jellyfish.

If a Turritopsis dohrnii gets physically harmed or starts to starve, it can transform back into a polyp at will — then in turn produce new, genetically identical jellyfish.

Jellyfish can be found in all ocean waters. 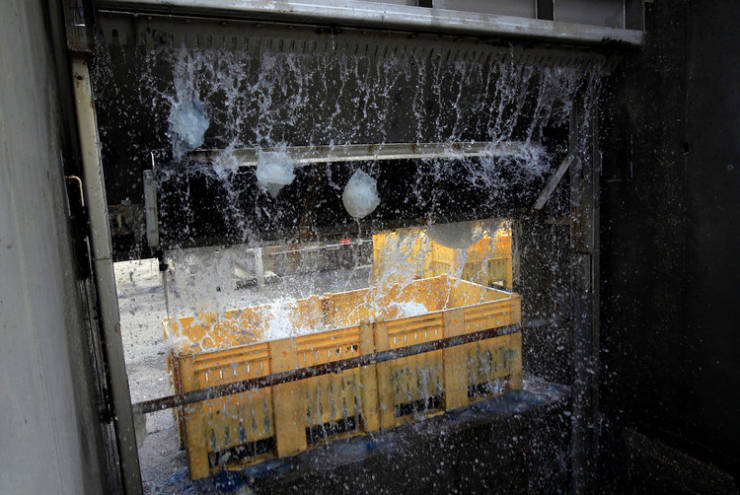 Because jellyfish tend to just follow the currents of the ocean, they can be found around the world in every type of ocean water. They can thrive in warm tropical water or cold Arctic water. They've been found at the bottom of the ocean and near the surface. 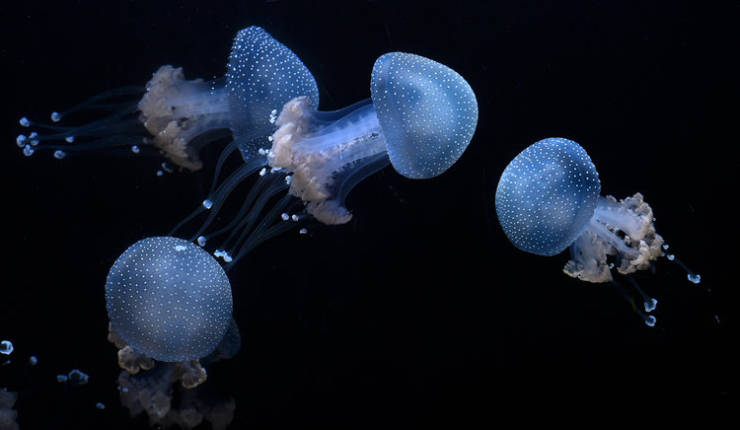 Since jellyfish don't have any bones, fossils of ancient jellies are challenging to find. But in 2007, a preserved jellyfish fossil was discovered in Utah that's thought to be over 505 million years old. Dinosaurs lived from about 245 million to 66 million years ago, meaning jellyfish pre-date them by at least 250 million years. 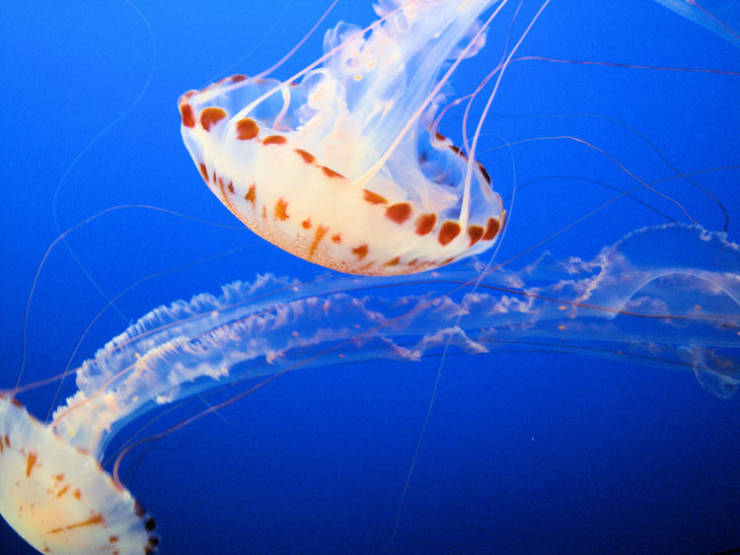 Jellyfish typically eat small plants, shrimp, or fish they use their tentacles to stun prey before eating it.

Some jellyfish are bioluminescent. 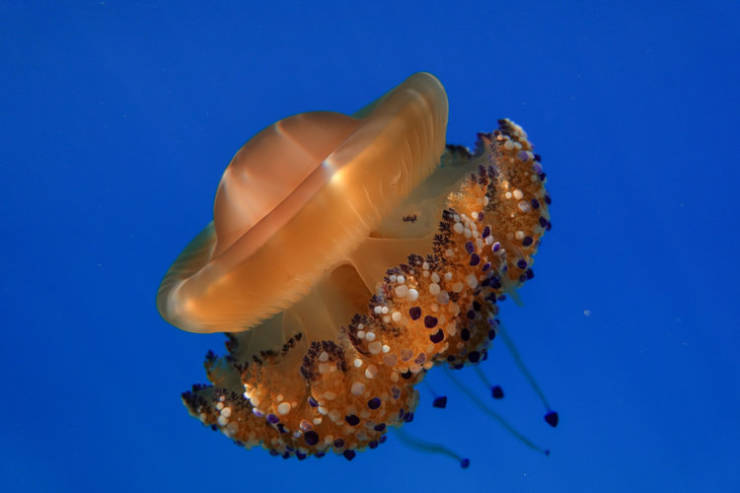 Bioluminescence is the term for a creature's ability to produce its own light. Some jellyfish have this and produce an internal glow.