Nothing Can Stop Them! Nothing! (30 pics)

He got banned from the stadium so he rented a crane. 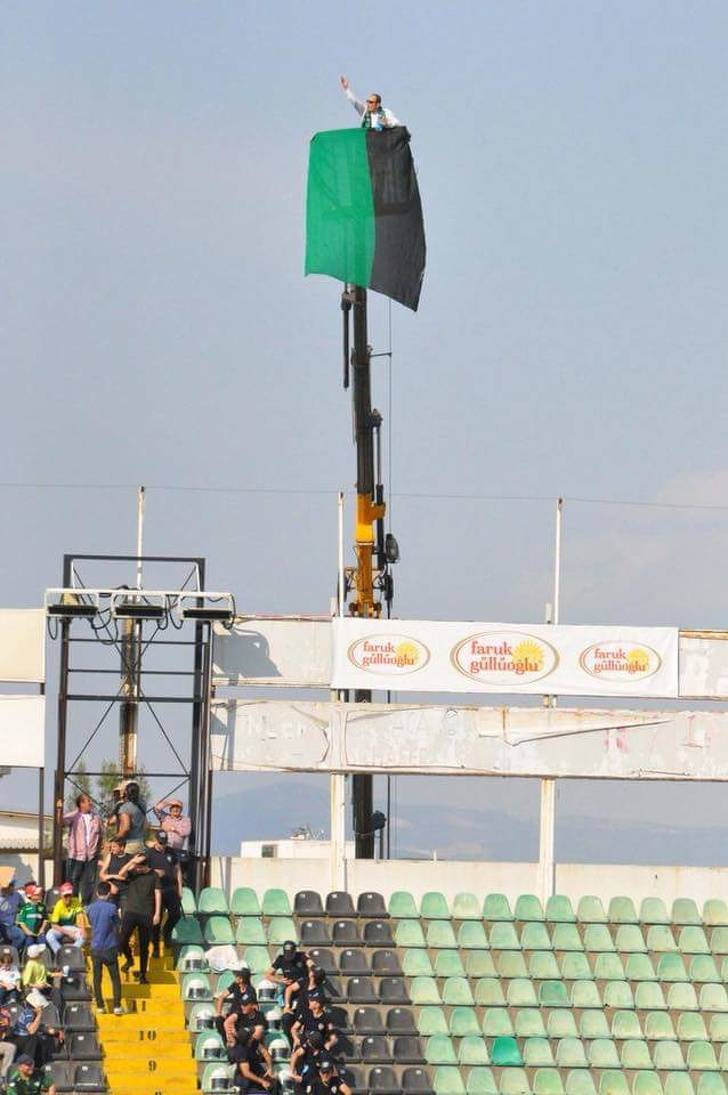 The study of mathematics has finally reached its peak. 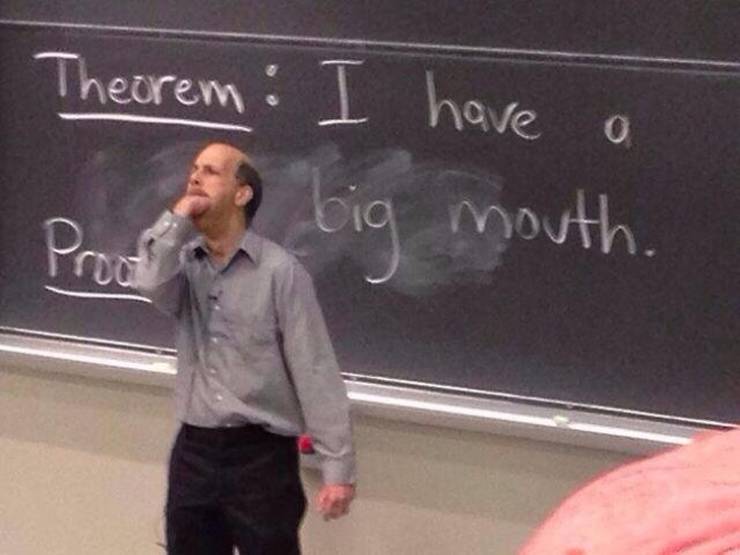 They got a “B” rating but that’s not going to bring them down. 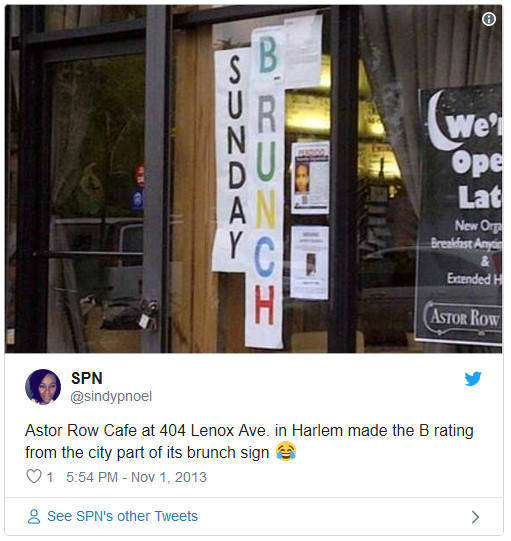 This is every tow truck driver’s dream: to take on the sky! 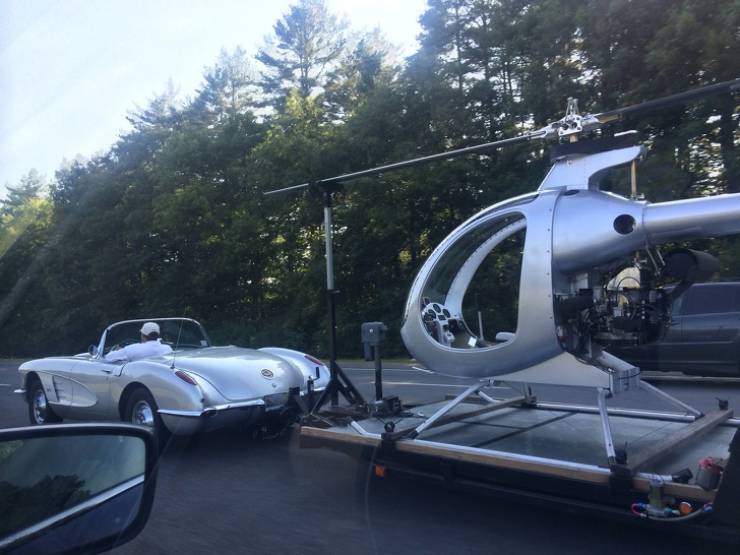 “My dad went to Vegas for 5 days and put a camera in the house, but that ain’t stopping me.” 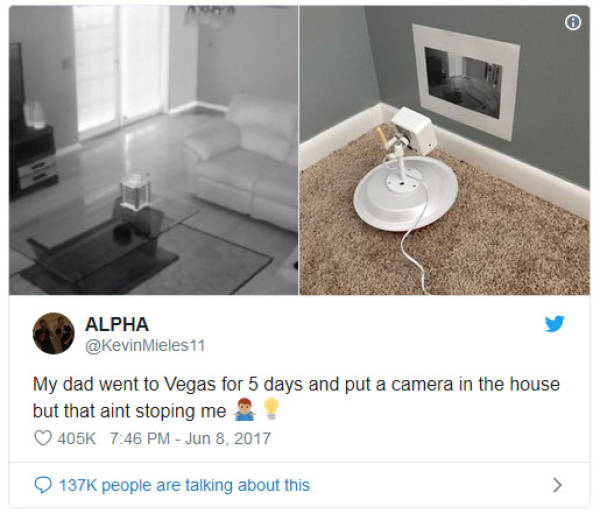 The vending machines had it coming after all these years. 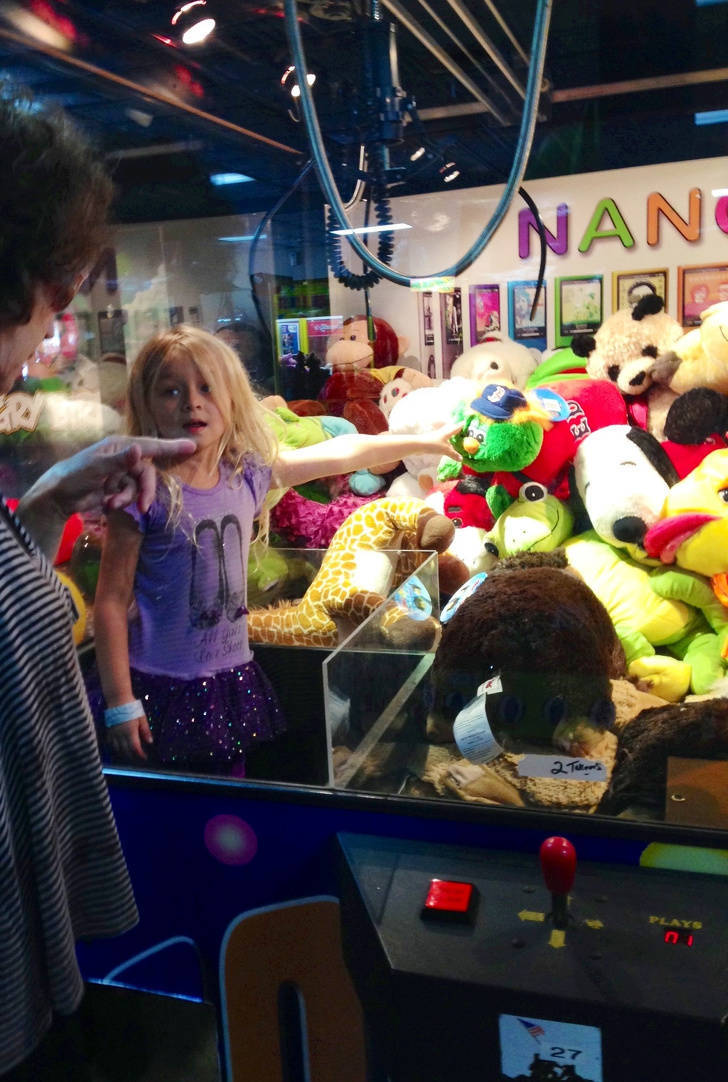 Sure, he could push his kid’s stroller the old-fashioned way, but where’s the fun in that? 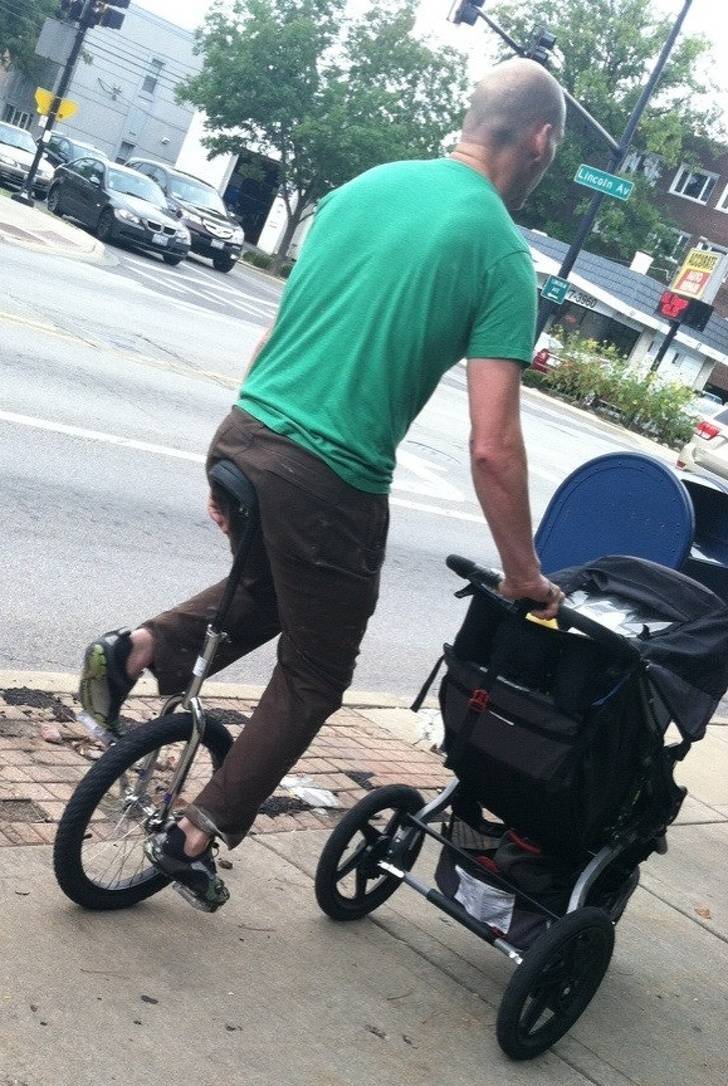 This woman’s trick will never fail to get someone out of bed. 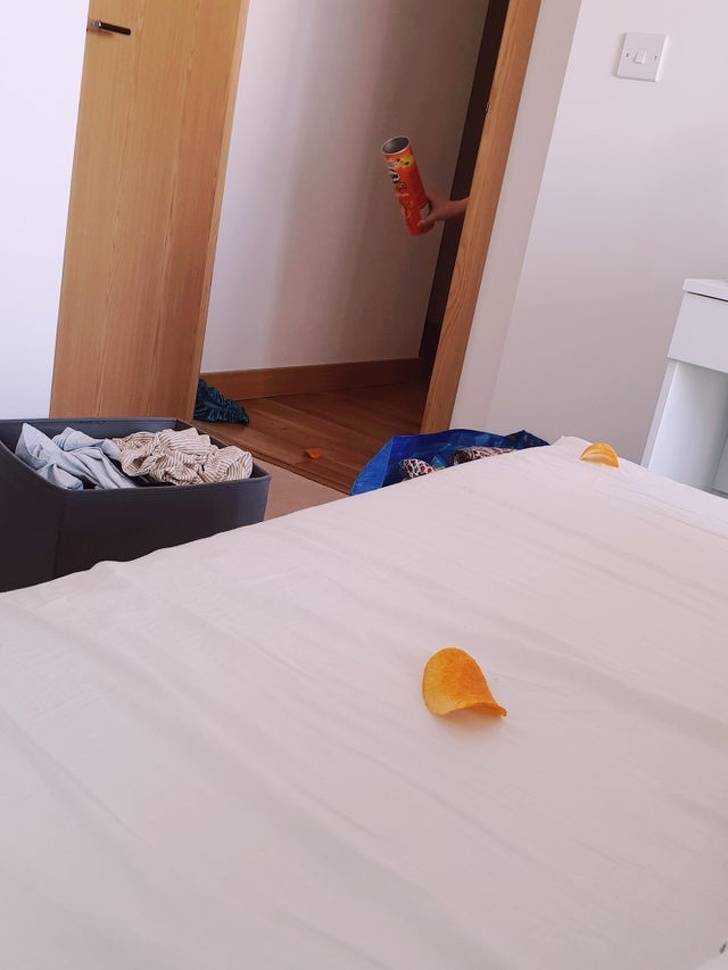 This also works for live telecasts and modeling headshots. 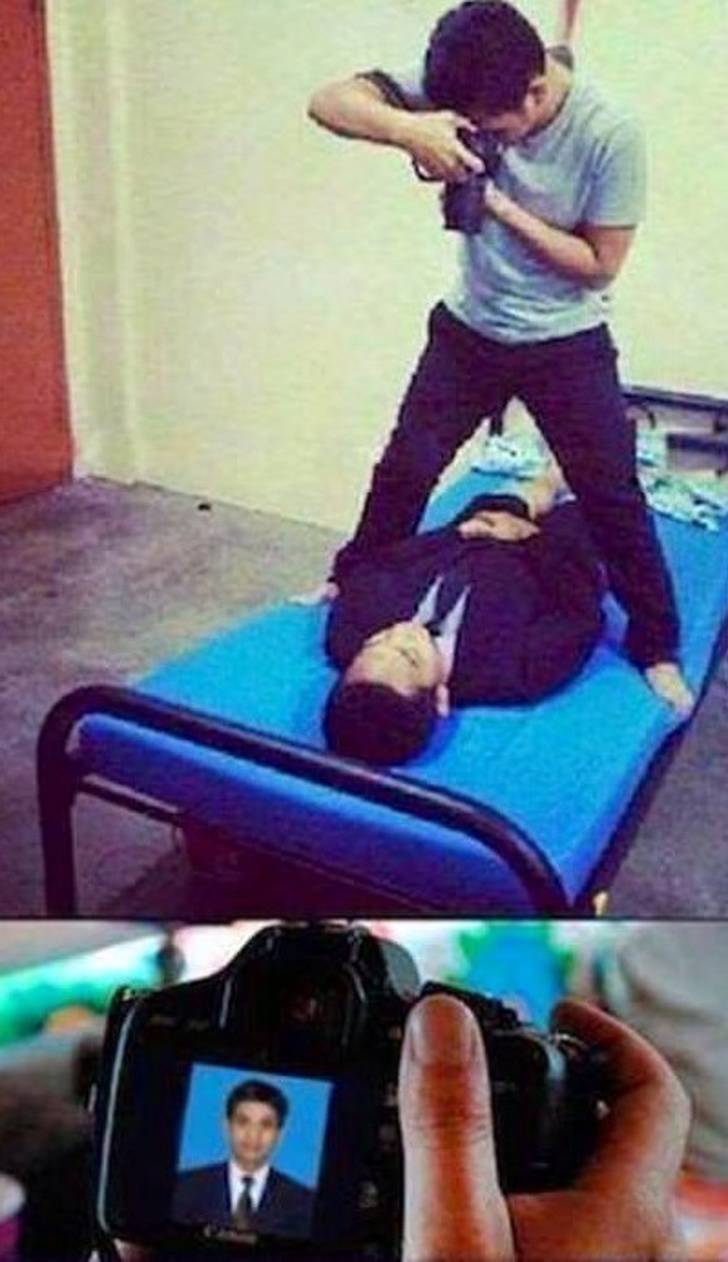 Before the invention of Photoshop, people still found ways to get creative. 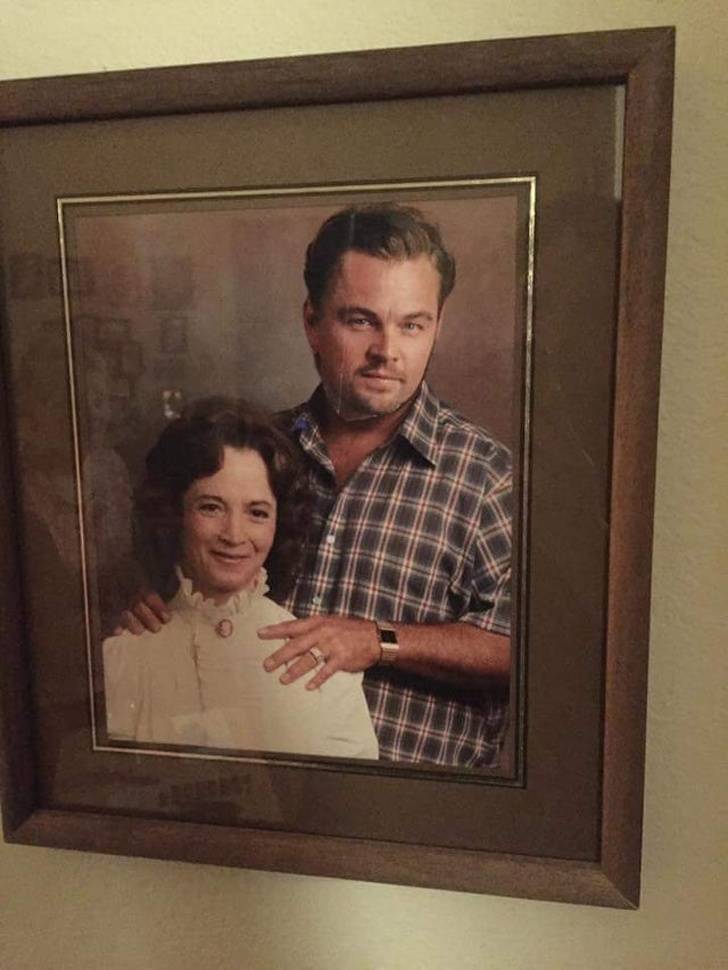 When Mom starts hiding candy, not even a safe can stop a smart kid. 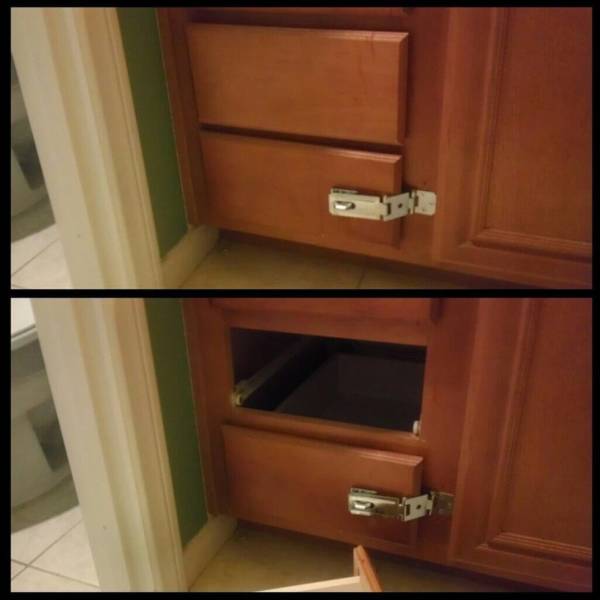 And they say flying is the best way to travel... 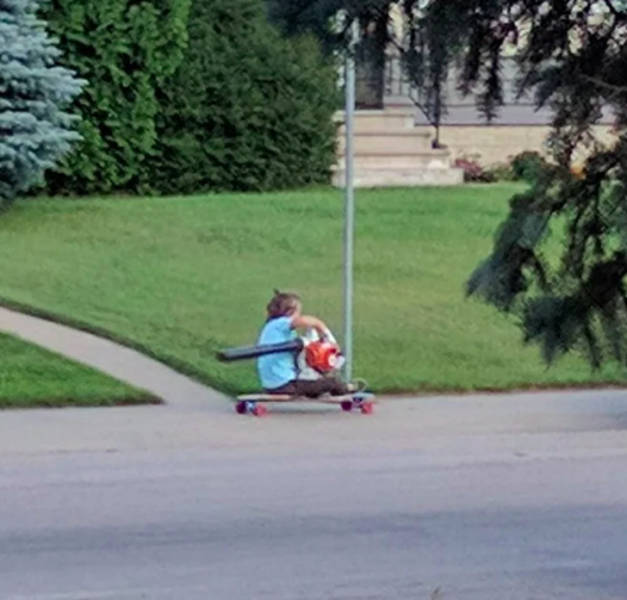 This is true parenting goals. 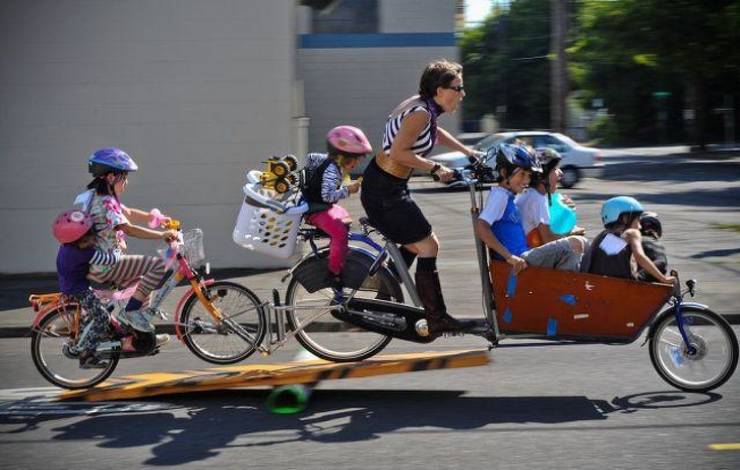 The job listing asked for a photo in a suit...so he copied and pasted his face on a stock photo. 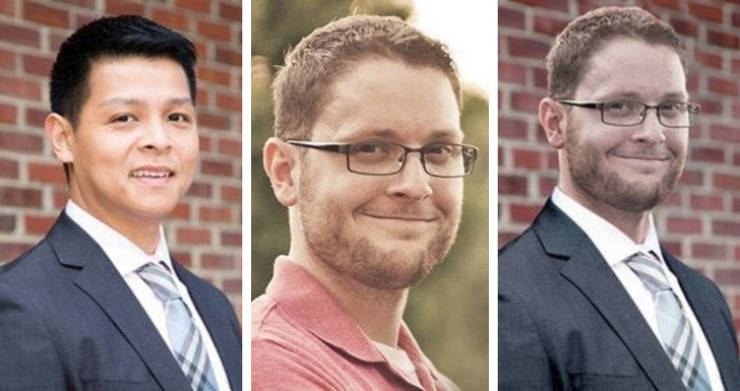 Kids having problems with their multiplication tables? Do they count their steps? Here’s your answer. 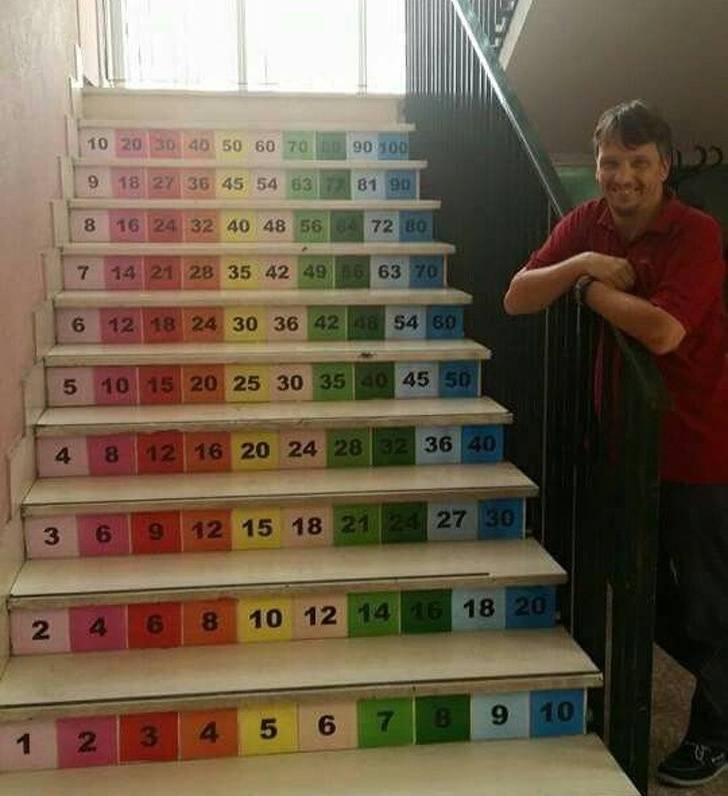 Who knew old pianos could have a second life as a fountain? 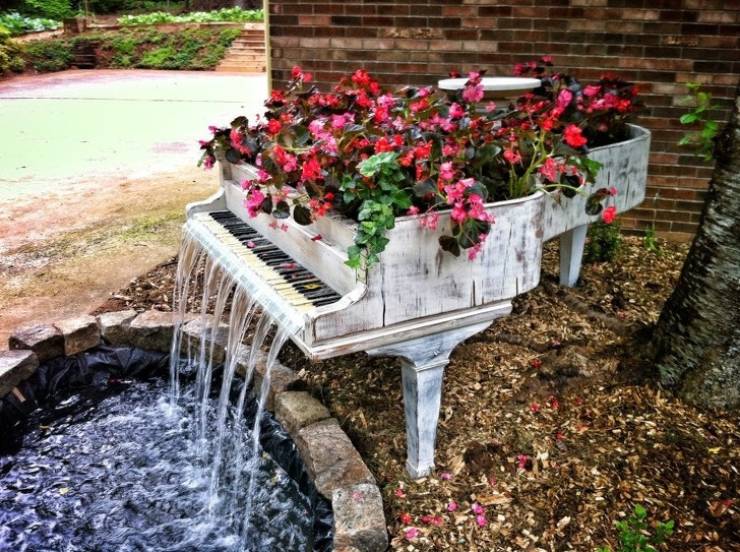 “This guy in traffic next to me is already winning at life.” 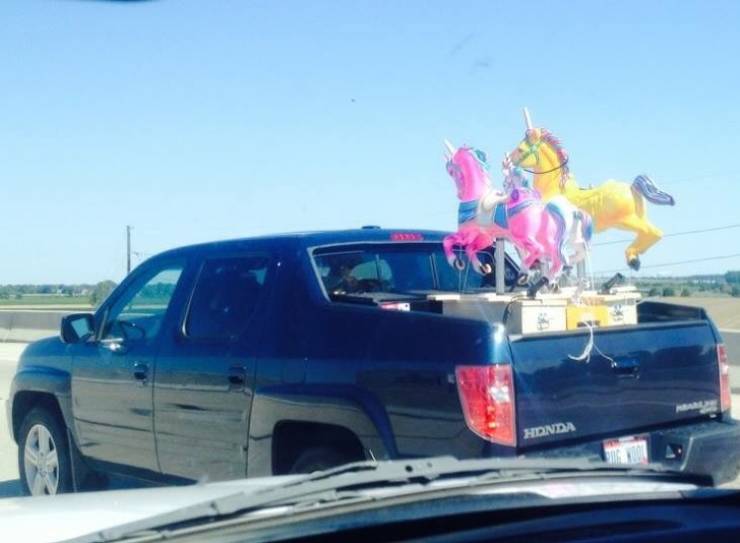 Somebody needs to do this trick with a tiny car. Boys weren’t allowed in this girl’s room...so they took a page out of Rapunzel and sat in the window. 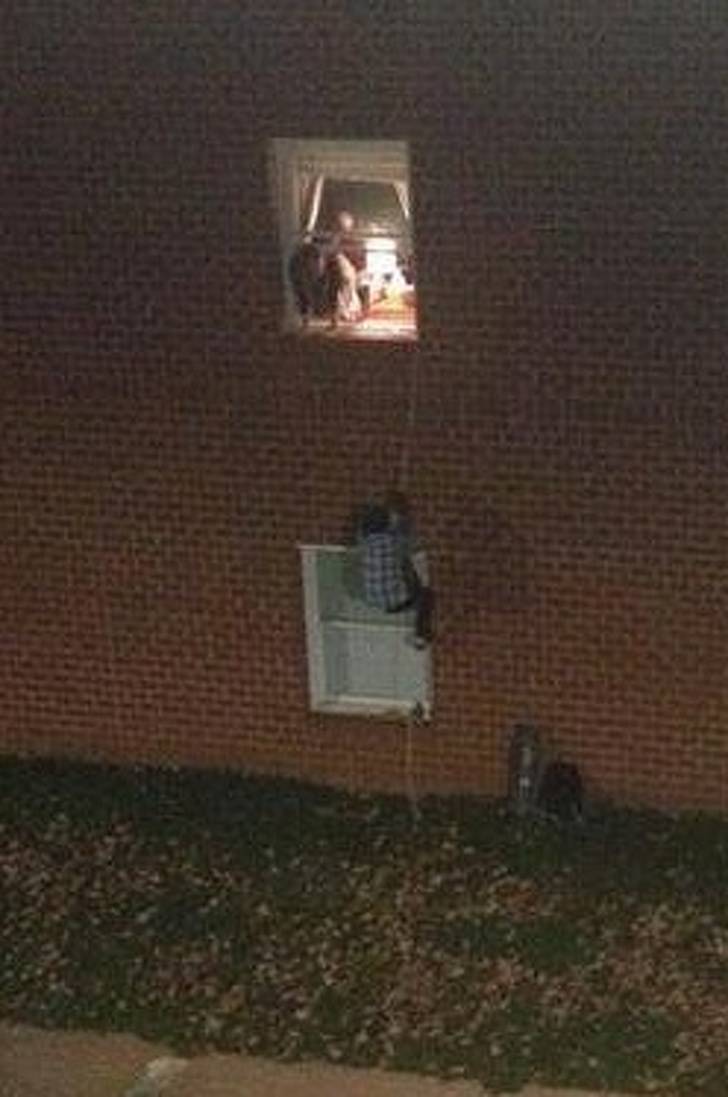 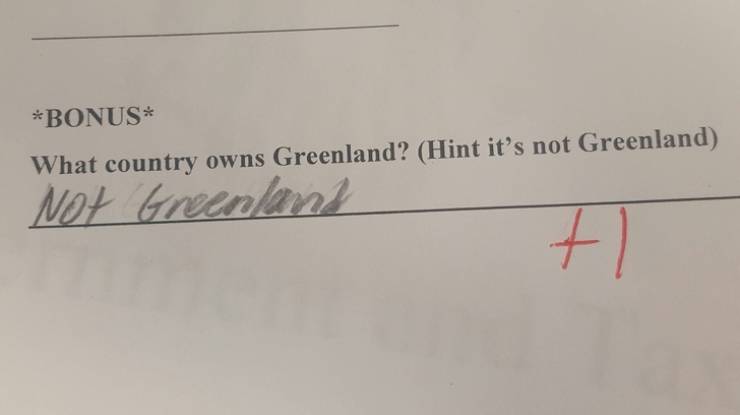 “Our office doesn’t let us adjust the thermostat, but my coworker figured out a way around that when she got cold.” 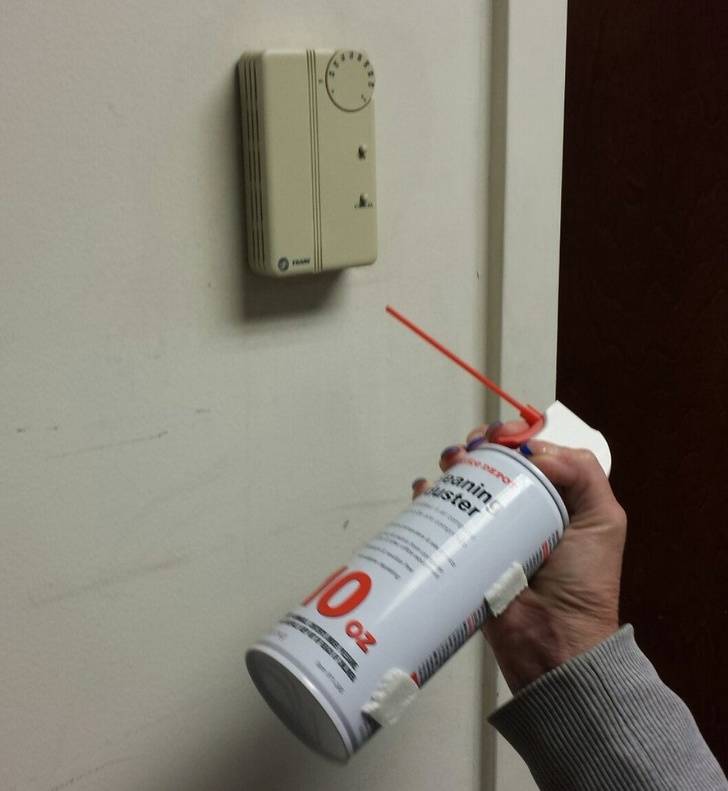 His girlfriend wouldn’t let the dog sleep in bed with them but he wasn’t gonna let his buddy be lonely. 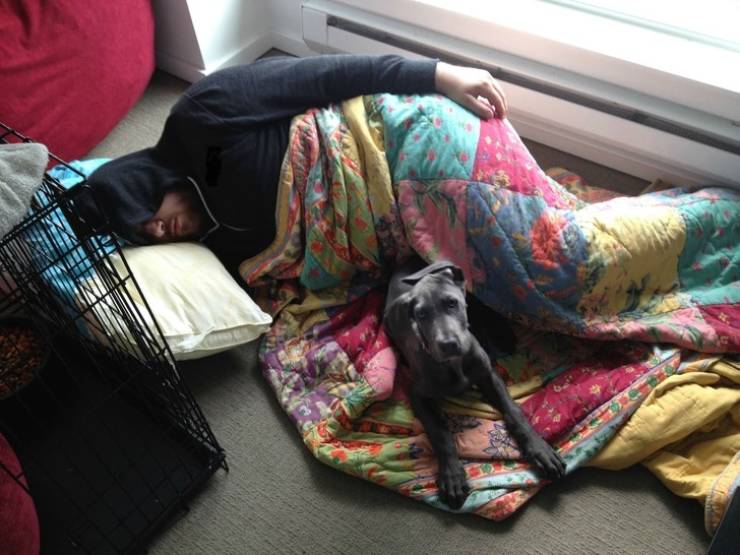 “I’m healing from a septoplasty surgery, and I’m not allowed to wear glasses as they put too much pressure on my nose, so I rigged up a system.” 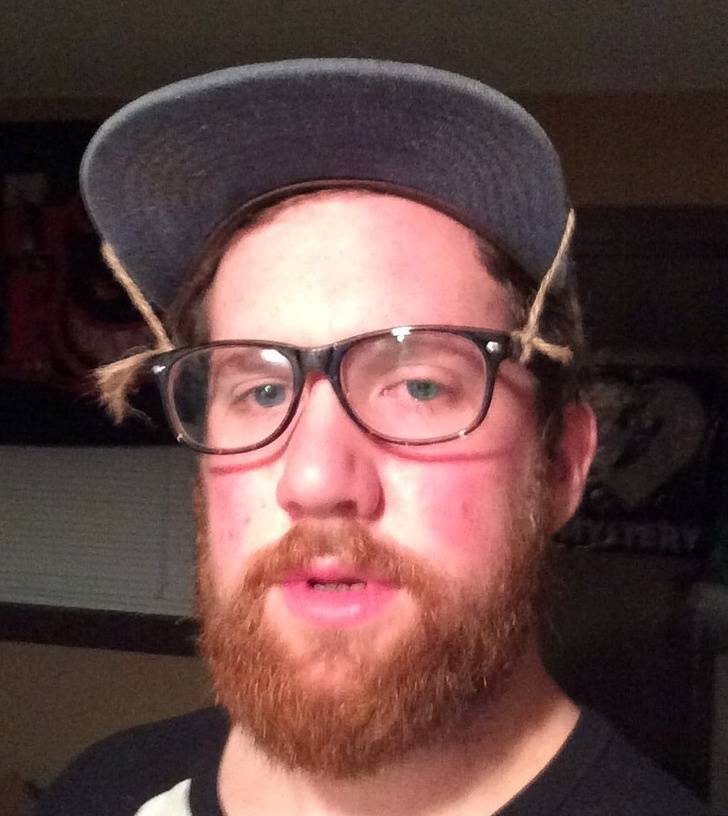 A boy with disabilities hated baths but loved coins, so his mother made soap with coins. 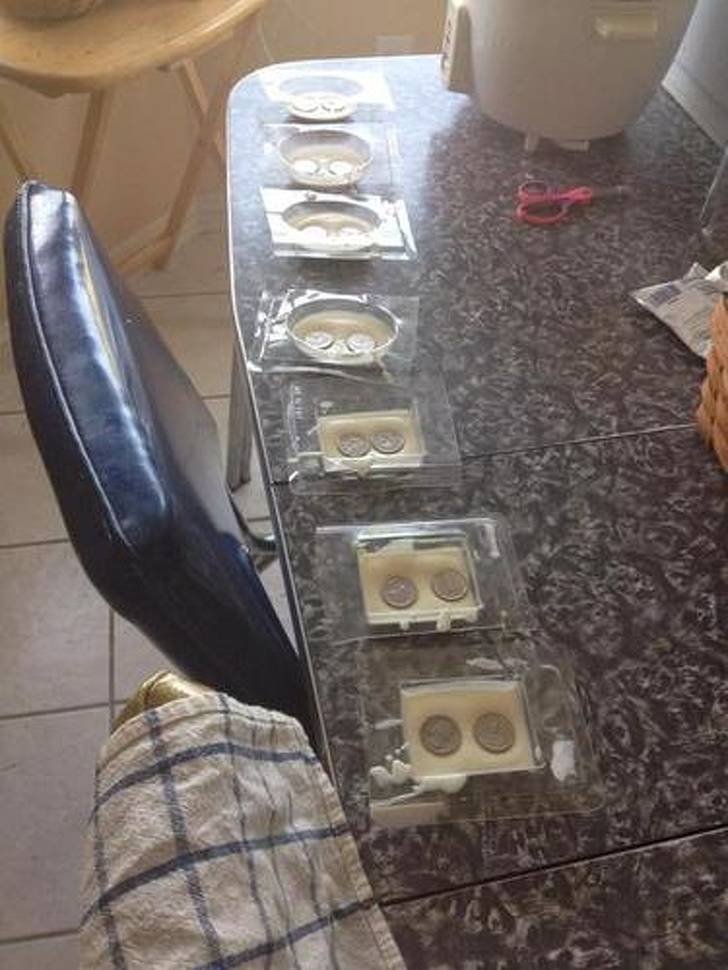 Time to beat that summer heat! Never worry about your snacks getting cold ever again... 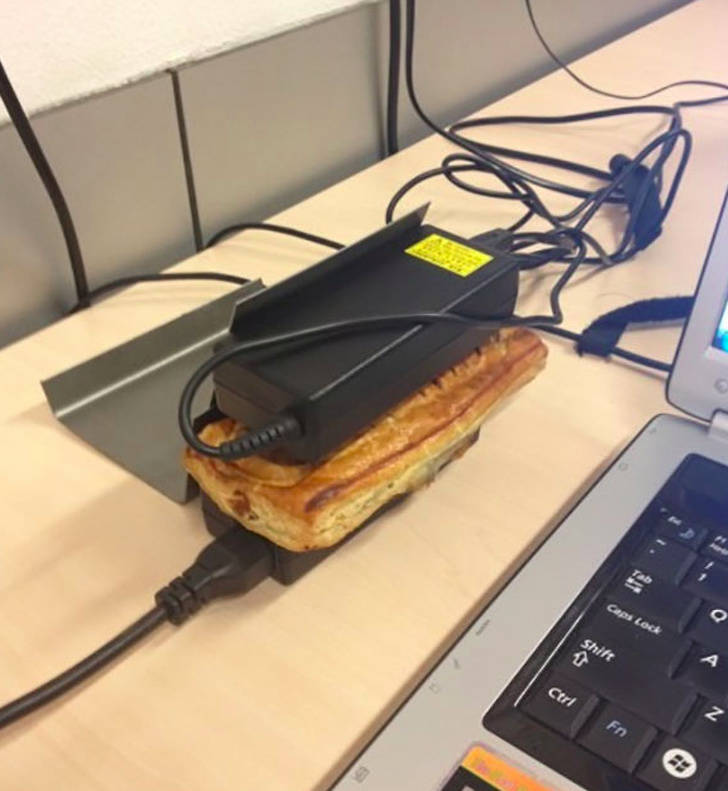 Someone found a way to get an iPad, TV, and wall clock all in one! 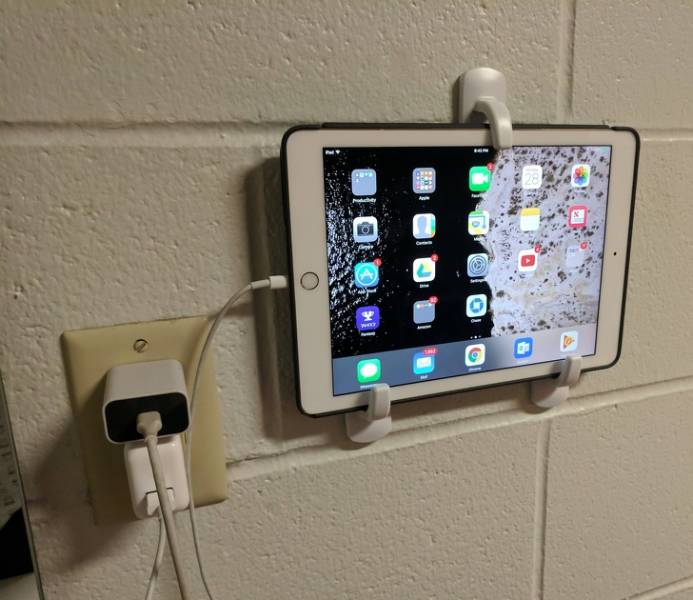 “I could never fit both bowls in the microwave at once until my mother showed me this.” 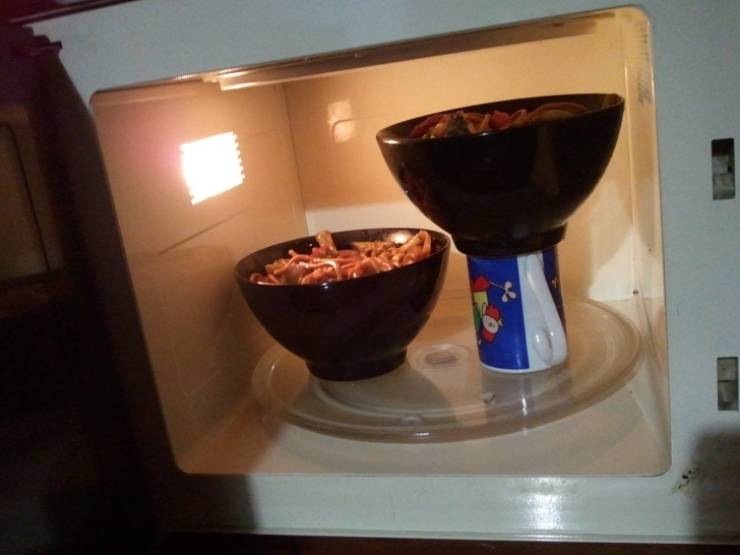 Keeping your baby safe and comfortable at the same time... 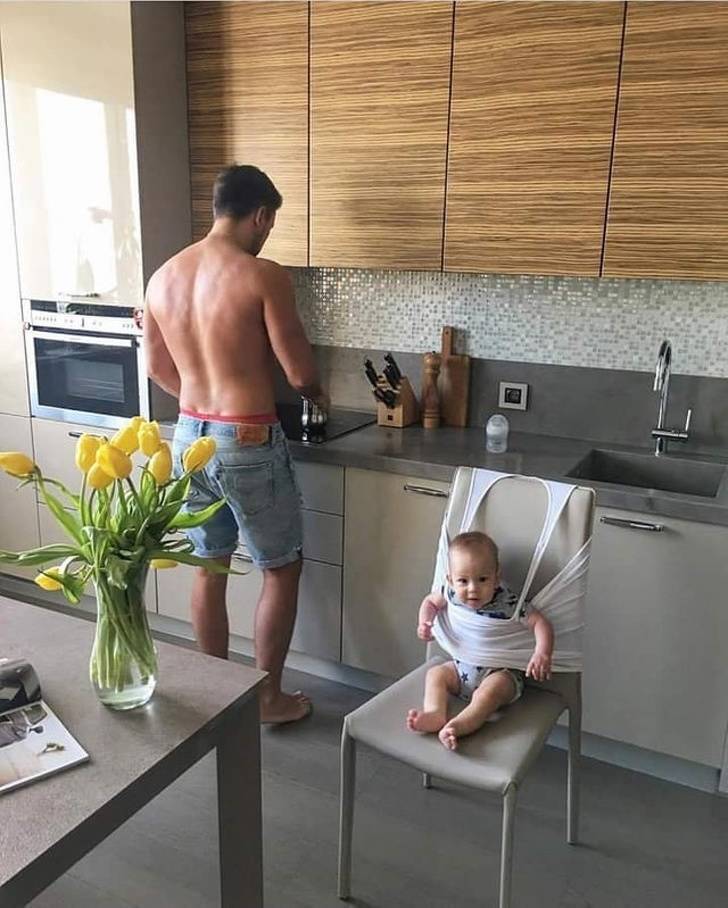