The Derpsnake Has Been Found! (7 pics)

The Arabian Sand Boa is a harmless species, living only in the Arabian Peninsula 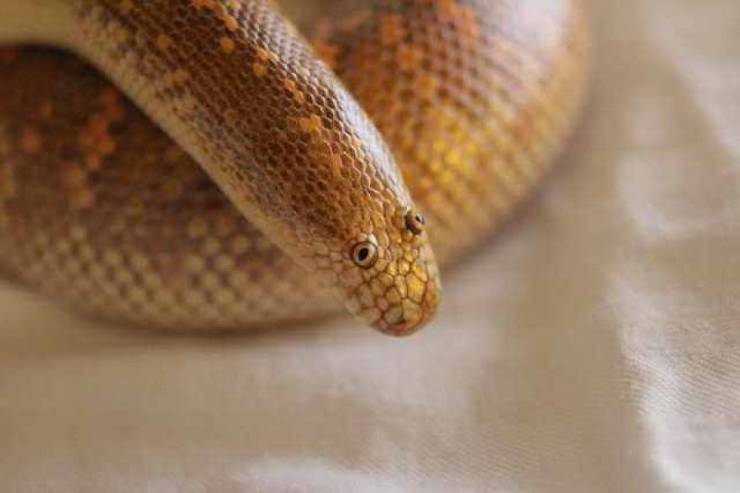 Even though the peninsula’s terrain is of a very vast variety, containing everything from green forests and mountains, a huge part of it is covered by a sandy desert, which happens to be a perfect habitat for these not-so-dangerous-noodles.

Since the desert is where sand boas spend most of their time in, they are well accommodated with dramatic temperature conditions. And it only makes sense, knowing the temperature can differ approximately 50 degrees Celsius during the night and day.

They don’t like to try to hard, so can mostly be seen munching on something that can be quickly swallowed whole, like small lizards or geckos.

They are quite odd species among the other boas 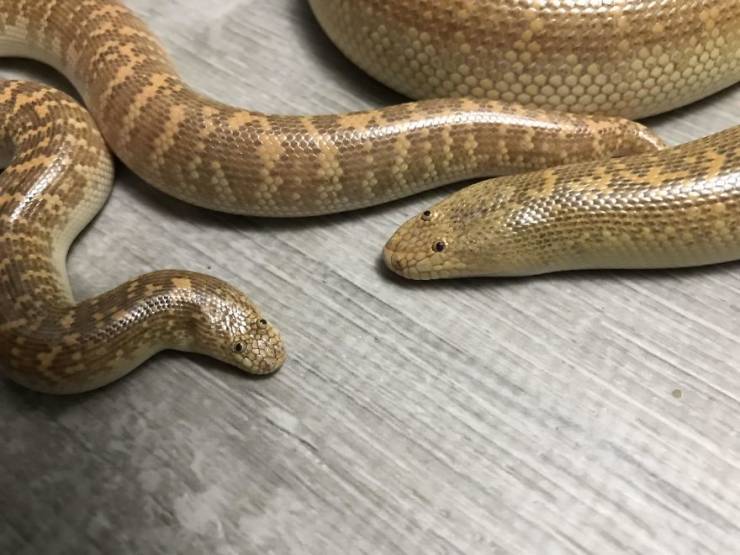 Unlike the most boas, The Arabian Sand Boa lays eggs. There are only three other boa species that do that.

It buries itself in the sand during the daytime 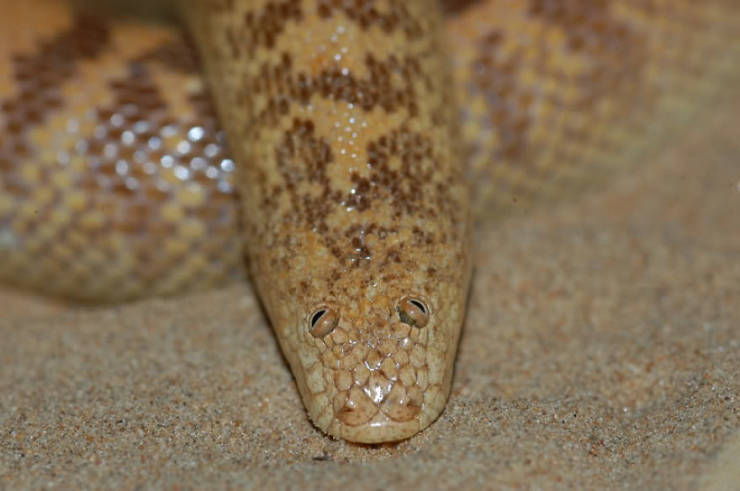 Despite being prone to temperature changes, it seems to prefer the night and spends most of the day deep in the sand, emerging only at dusk.

Moving up to wander at dawn 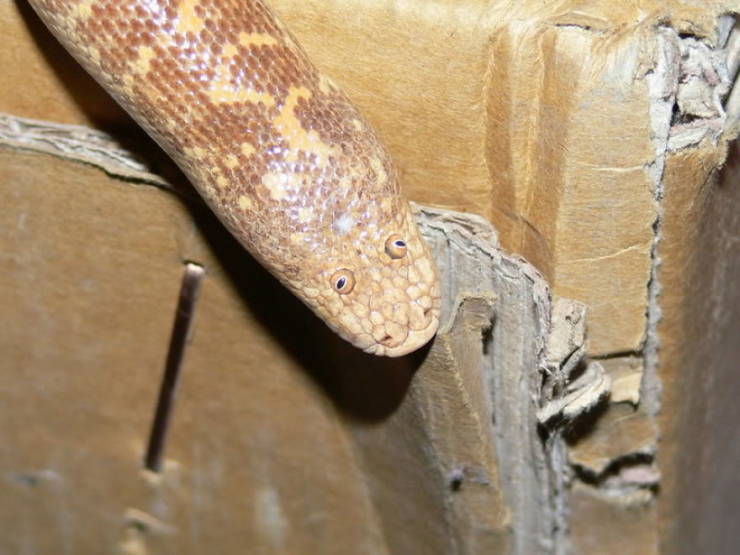 During the nighttime, it’s rare for a sand boa to refuse a little adventure.

They are commonly known because of their small eyes 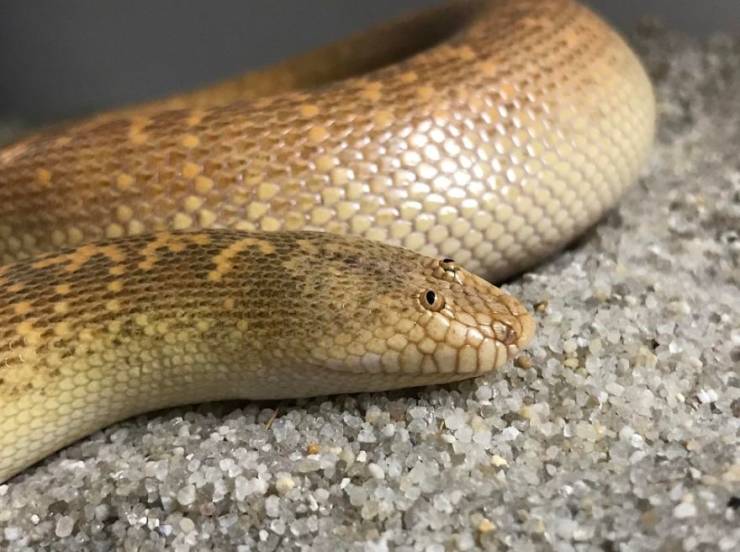 Being probably one of the most peculiar features, sand boa’s eyes draw a lot of attention. Despite that, the scientists are not sure if there’s a particular reason to them being so small or is it just a tiny nature’s mischief. Doesn’t it remind you anything though?