That Is Not A Very Exotic Bird… (4 pics)

“This is one of the strangest casualty circumstances we have seen in a while!” 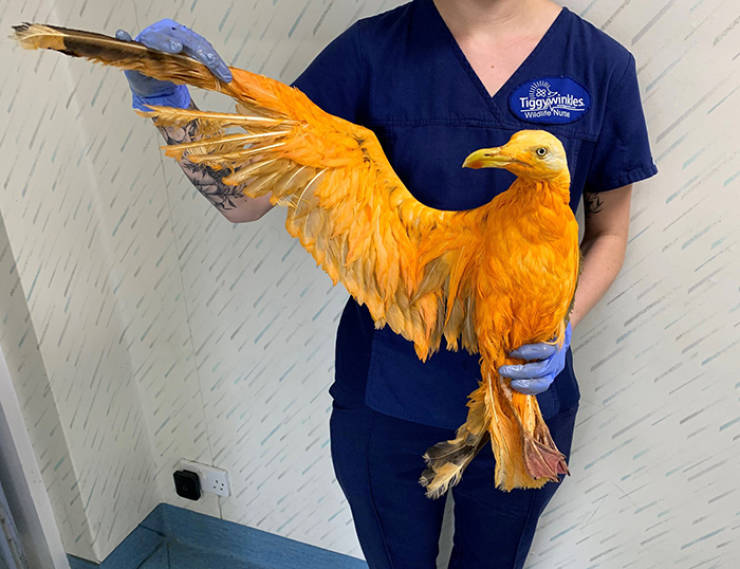 “This bright-orange herring gull was rescued by kind members of the public who spotted him at the side of the A41. When they called to say they had picked up an orange bird, we had no idea what to expect – and would never have guessed at this,” Tiggywinkles Wildlife hospital recently posted on their Facebook page.

“He had somehow gotten himself covered in curry or turmeric” 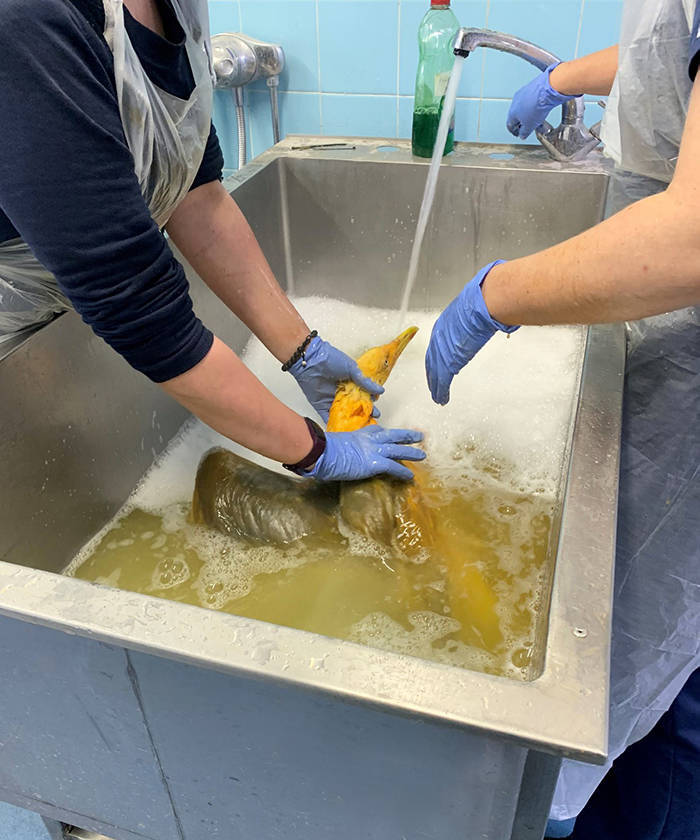 Apparently, as the veterinarians further revealed, the curry was all over the poor bird’s feathers, which prevented him from flying properly. “We have no idea how he got into this predicament but thankfully, apart from the vibrant colour and pungent smell, he was healthy,” they added.

“Apart from the vibrant colour and pungent smell, he was healthy” 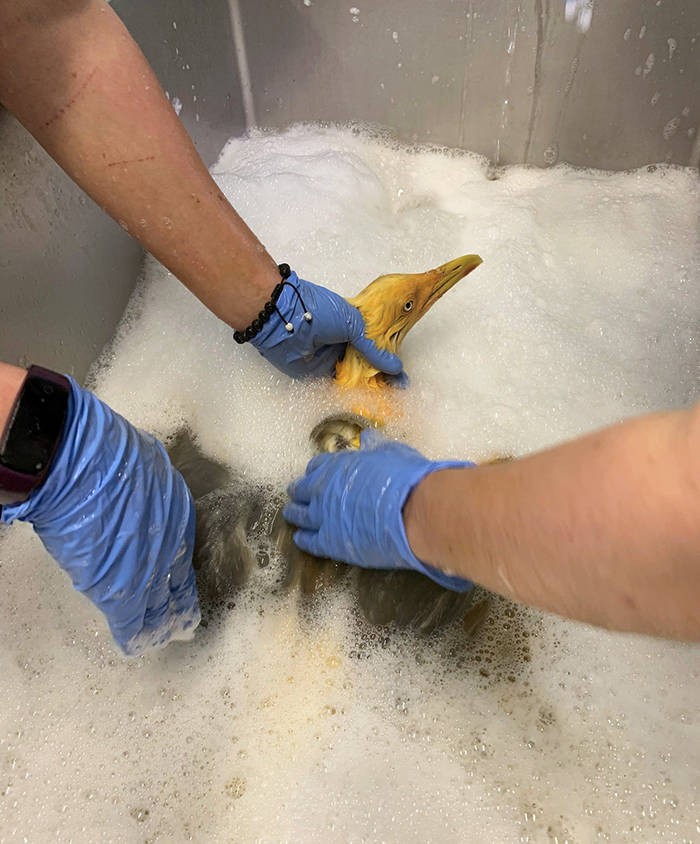 “Our veterinary team bravely bathed the gull (now named Vinny after a Vindaloo curry) to clean off his feathers. He managed to cover them in curry water but eventually did let us scrub him clean.” Vinny really does look great, despite looking mildly annoyed over being bathed. 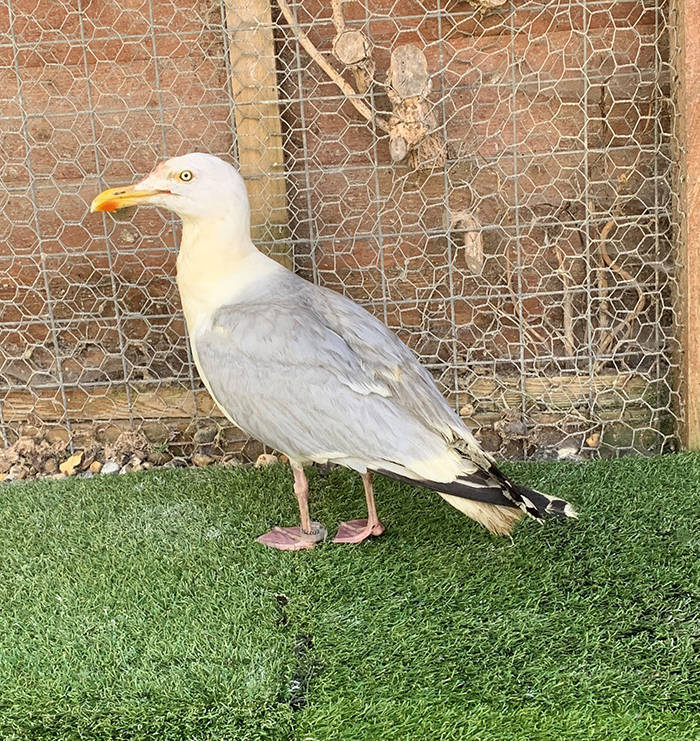 “As we say, we never know what will come through our doors next! Huge thanks to the lovely finders who stopped to rescue him,” Tiggywinkles Wildlife hospital added. All in all, we’re glad that Vinny is okay and hopefully, he won’t get himself into curry anymore.