“My geometrical shapes act as they interact with the surrounding environment” 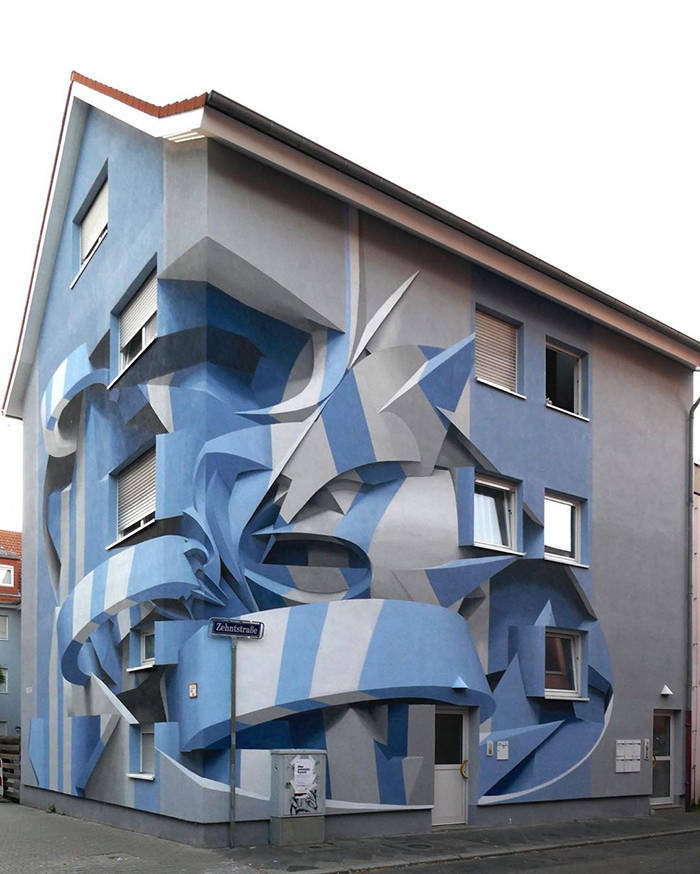 The photo above is of a building on a street corner in Manheim, Germany. Peeta painted it for the 2019 Stadt.Wand.Kunst mural project and by using different shades of blue, grey and white, he managed to create an illusion of a shape-shifting structure. “I loved this building since the beginning and I tried my best to combine multidisciplinary skills to transform it while keeping its original taste,” the artist shared on his Instagram. When asked about where the inspiration for his artworks comes from, Peeta told: “I’ve taken inspiration from different disciplines such as design and architecture, as far as from several artists both belonging to the graffiti world and not but, mostly, what inspires me when painting is the observation of the surrounding context.” 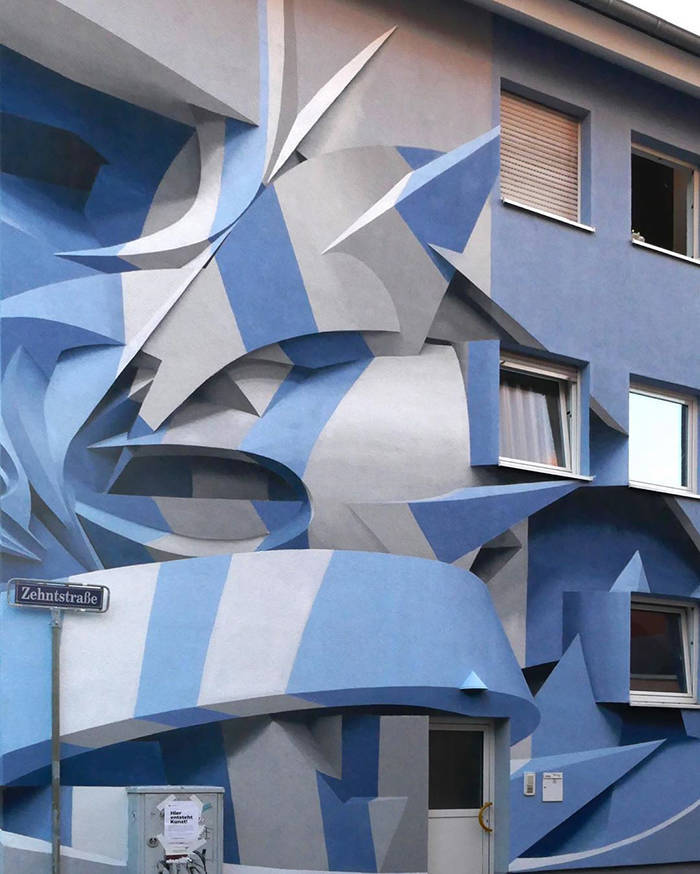 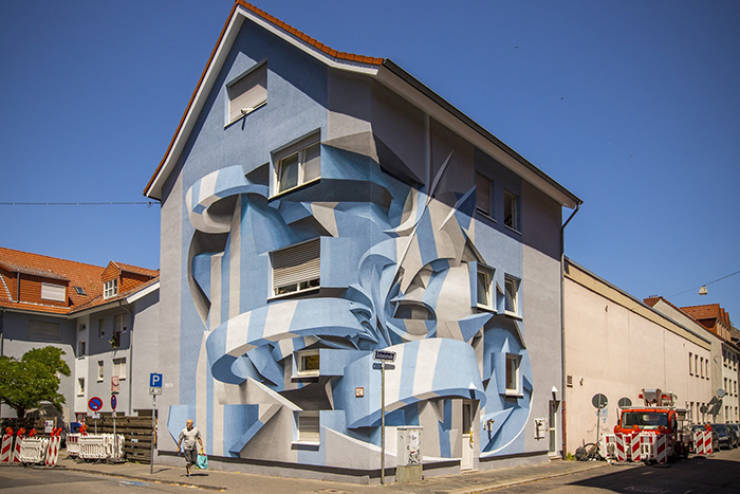 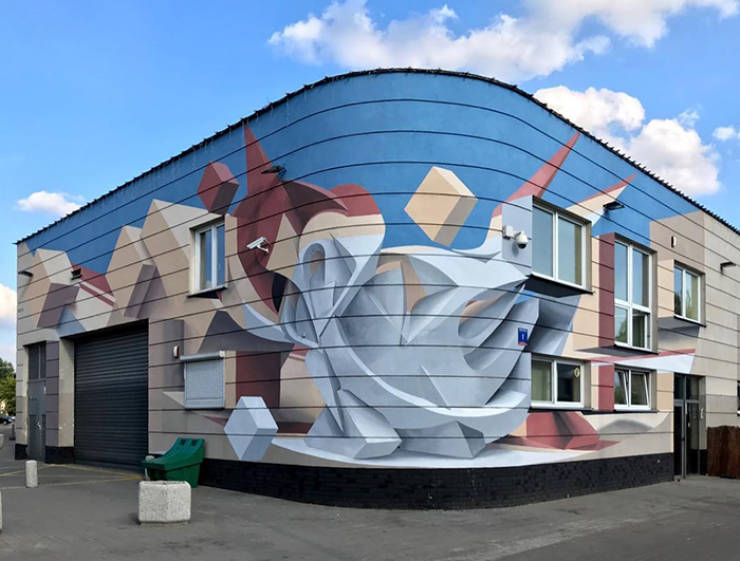 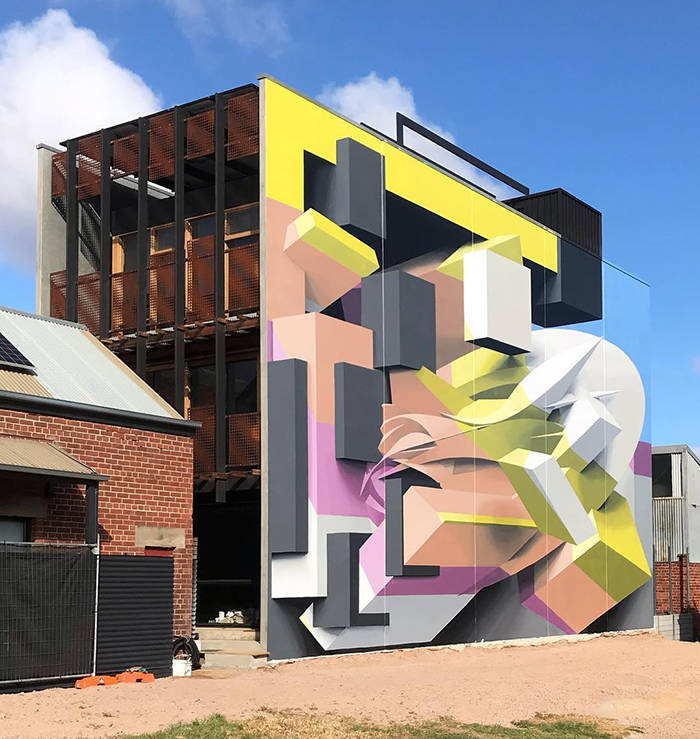 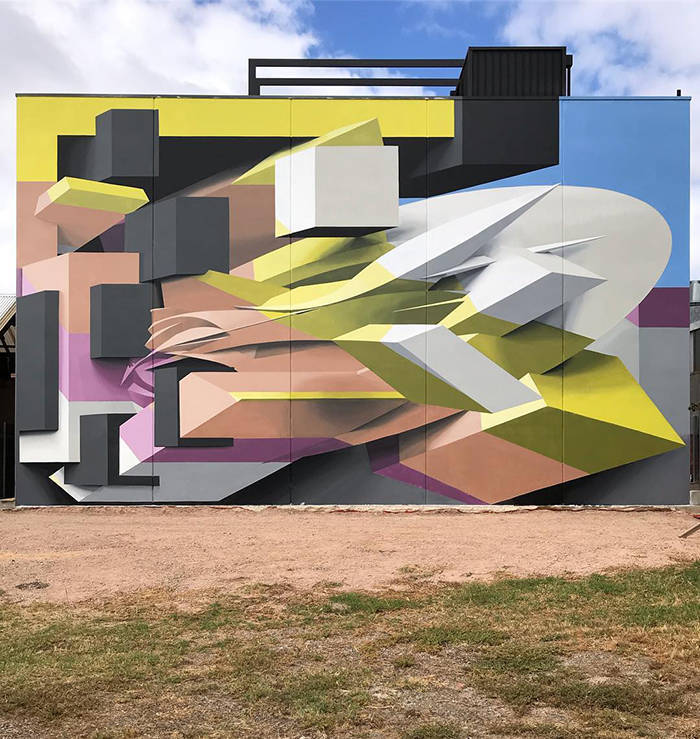 “I used to paint on walls with sprays and on canvas with [an] airbrush for a long time but it has been years now since I’ve permanently substituted sprays with acrylics, brushes, and rolls as far as I use oil to paint on canvases.” As for the time, that takes up painting a mural, Peeta says that “It surely depends on its size.” “I manage to paint a wall in one day but I need 20 days in order to paint a façade. Recently, I’ve [been] mostly involved in large scale mural projects (100-300 sqm) so the average time it takes me to fulfill them is 10-15 days,” the Italian artist added. 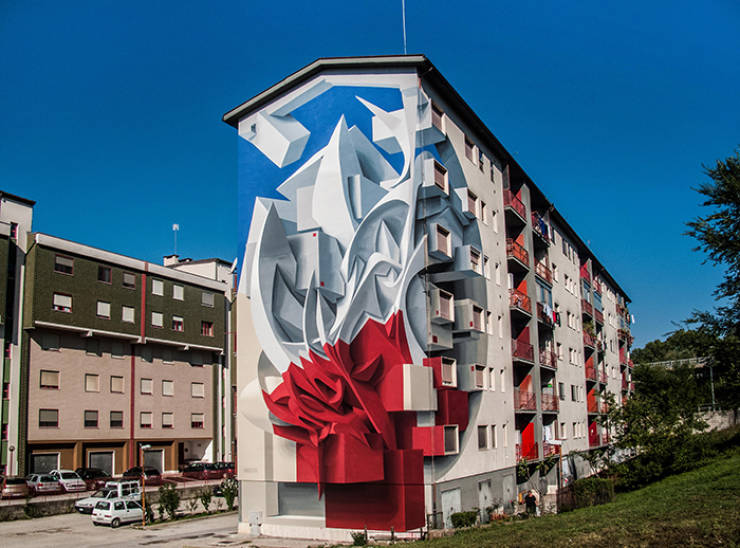 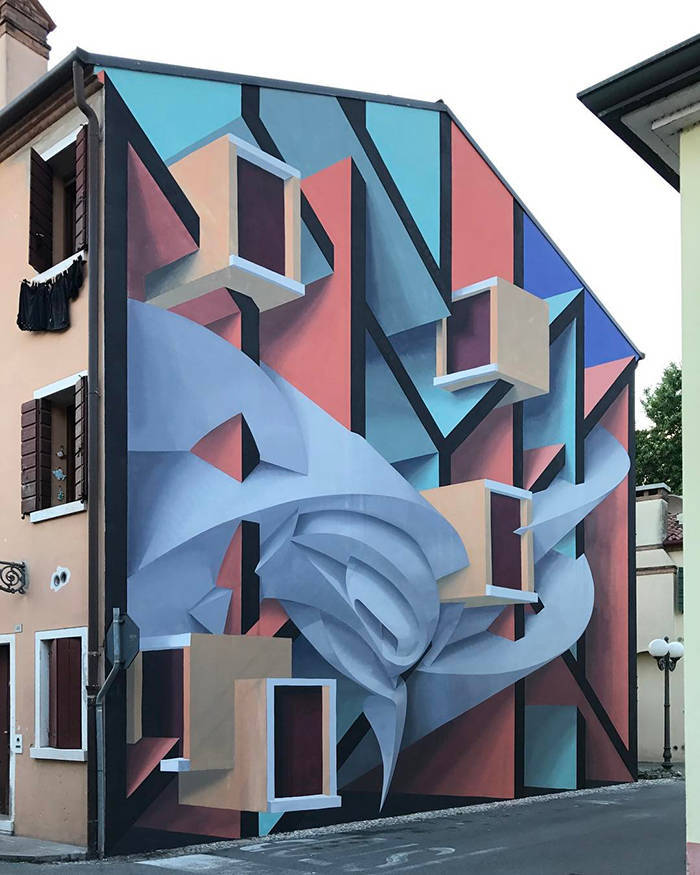 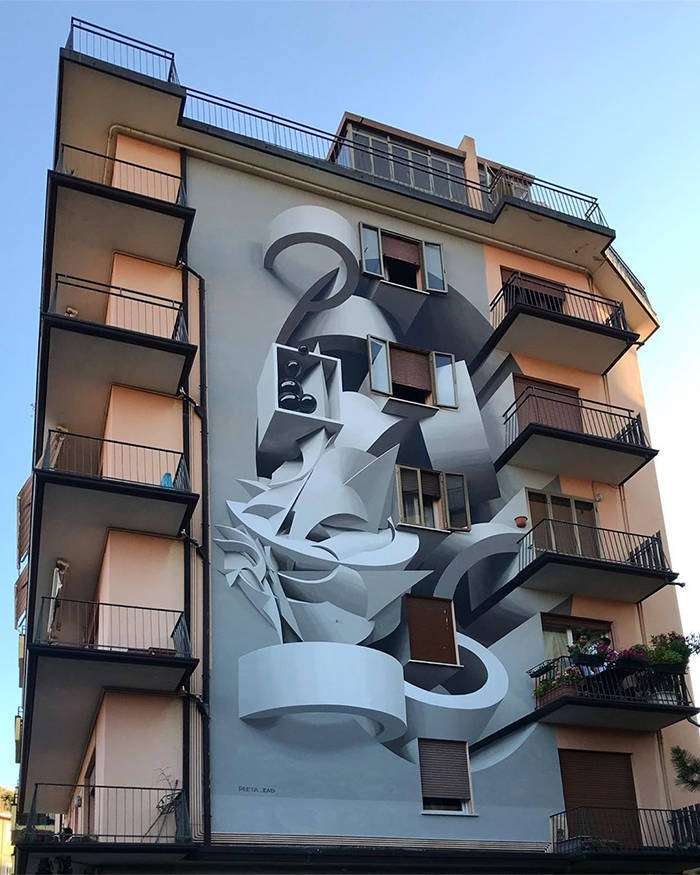 Peeta told that he painted his first mural back in 1993. It was “a small wall fencing private propriety next to the house where I grew up.” However, Peeta is also working with other mediums of art as a form of expression: “I also create sculptures which are a big part of my production and of my study on 3D shapes and volumes.” 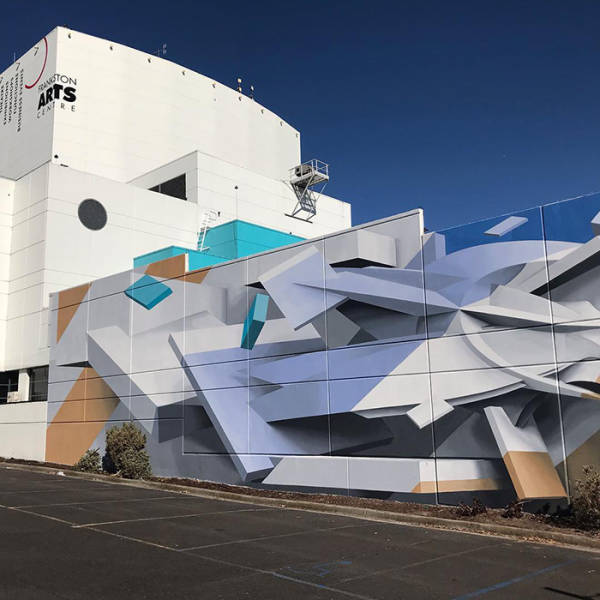 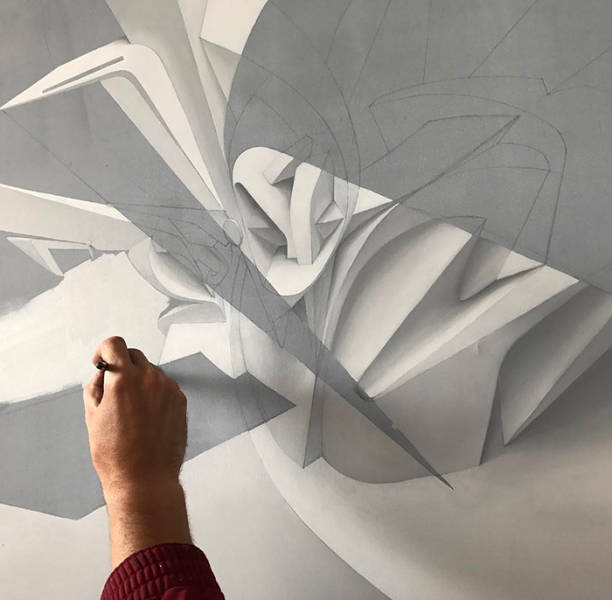 “Through my anamorphic works, I redesign the volumes of any kind of surface involved” 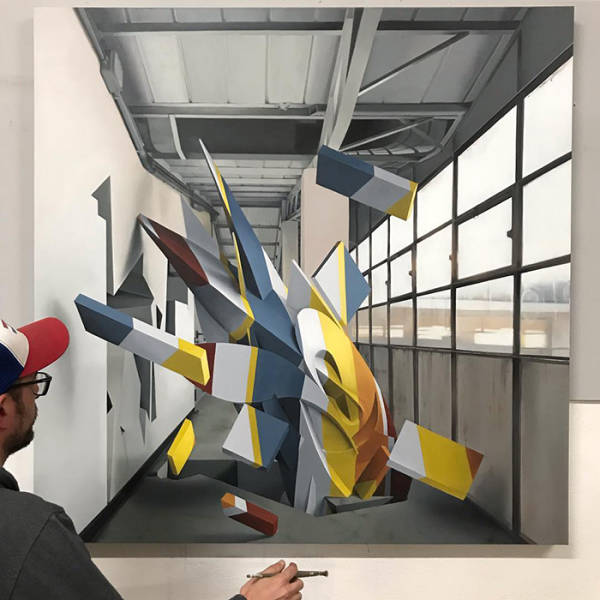 “Constantly running in parallel with my mural and painting activity, the role of sculpture comes to be essential for my overall production as it represents for me direct contact with three-dimensionality in order to understand the rules of light and shadows and to reproduce them,” the artist reveals. 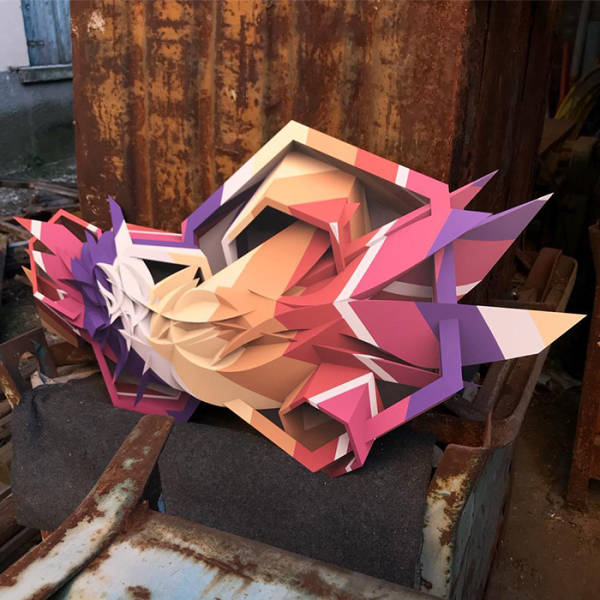