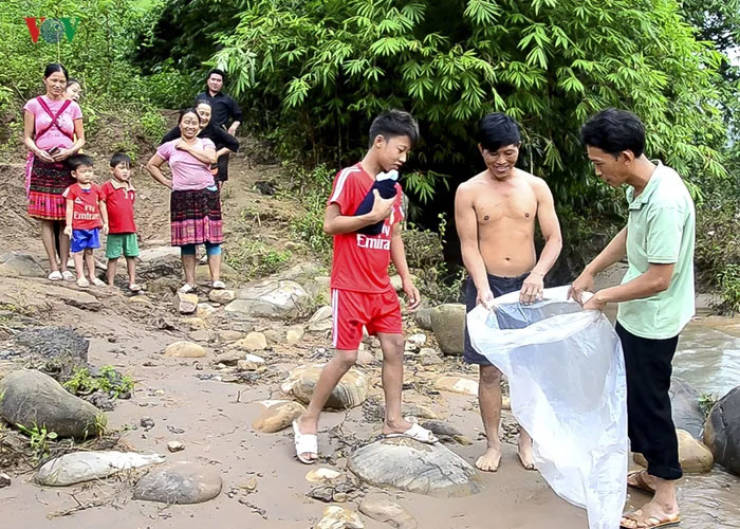 Flimsy bamboo bridges and rafts, which are used for most of the year in the village, are unsuitable when the river floods during the rainy season. This is when it’s time to get creative as “healthy men, fluent in rivers,” are given the task of pulling more than 50 schoolkids across the potentially deadly torrents. 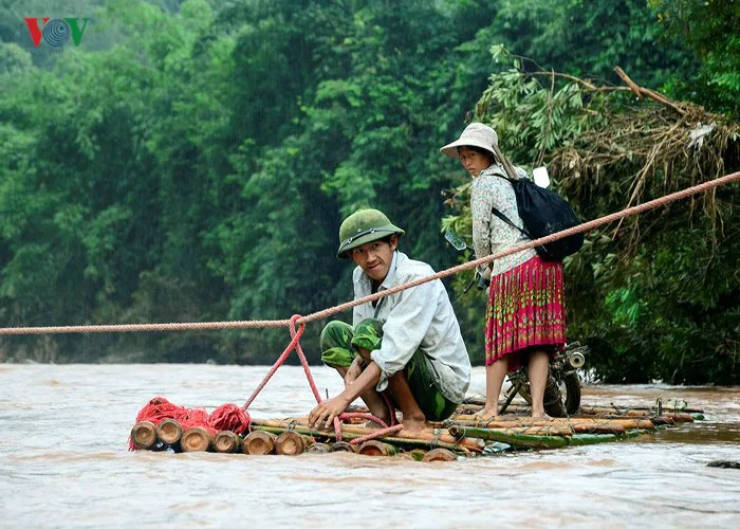 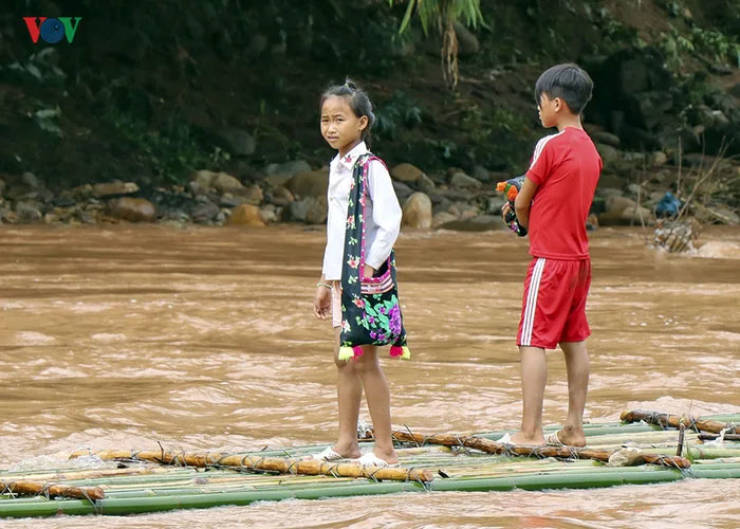 According to Vov.Vn, the kids are afraid but determined, watching anxiously as they await their turn. The crossing is extremely dangerous because only a small mistake can be swept away by strong floodwaters. 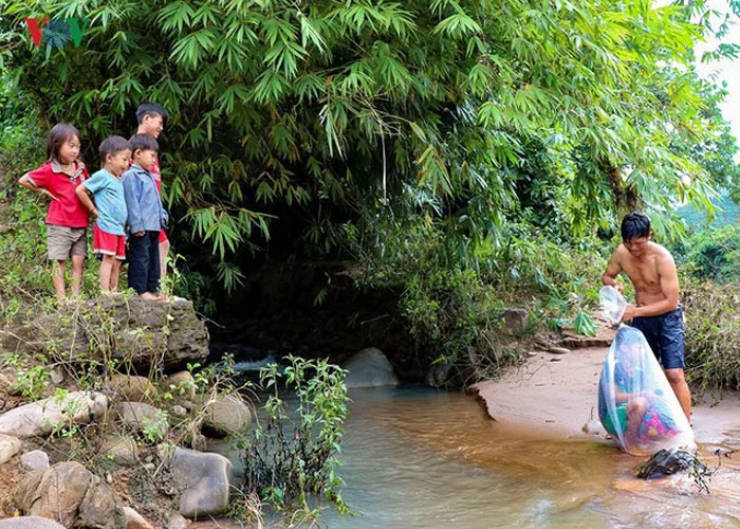 Mr. Vo A Giong, the head of Huoi Ha village, said: “Now this stream is very dangerous, my relatives usually take the children by raft but now cannot use it. I hope that the state will invest in suspension bridges soon for people to travel more conveniently. ” 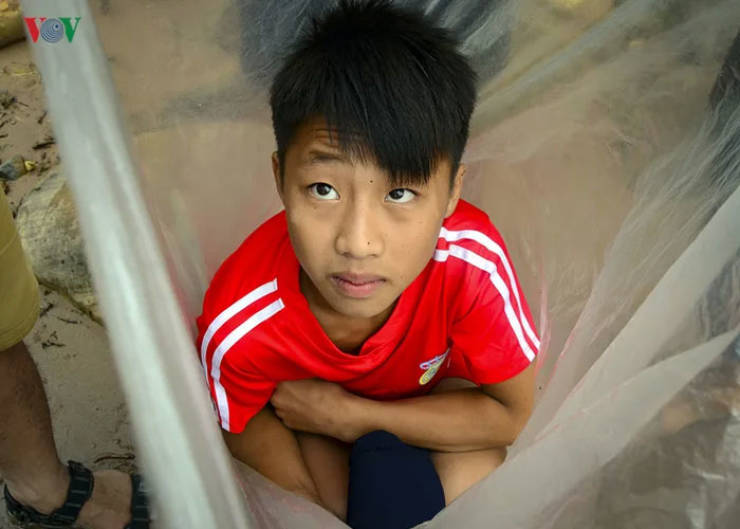 Ms. Nguyen Thi Thuy, Principal of Na Sang secondary school boarding school, agreed that something must be done about the situation. “The flood rains have divided Huoi Ha village,” she said. “From our school, there are more than 50 students in Huoi Ha village and so far, the teachers and parents have mobilized the children to attend classes the best they can.” 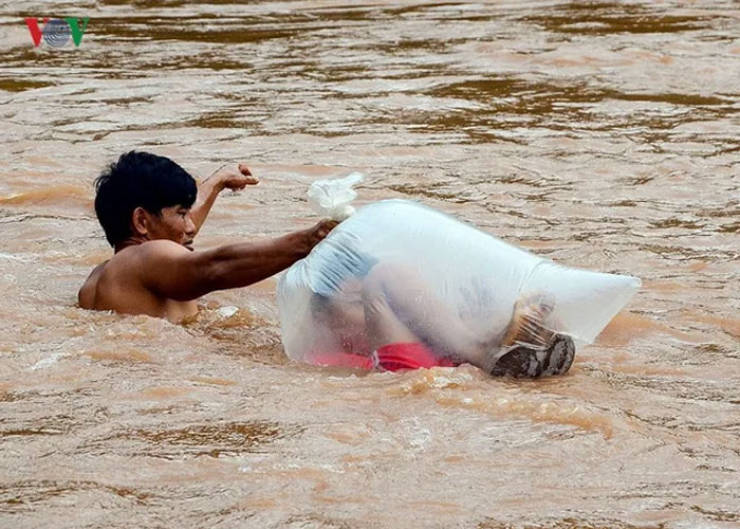 “However, traveling is also difficult. We also hope that in the coming school years, there will be more investment from the state with more modern bridges to bring children to school in these rainy seasons.” 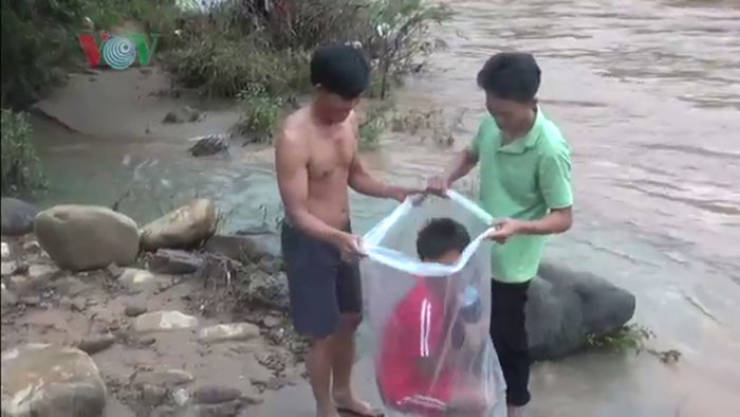 Because getting across the river is just the beginning for these dedicated kids. Having survived the crossing,  a hike of about 5 hours over 15km of slippery forest roads awaits them. 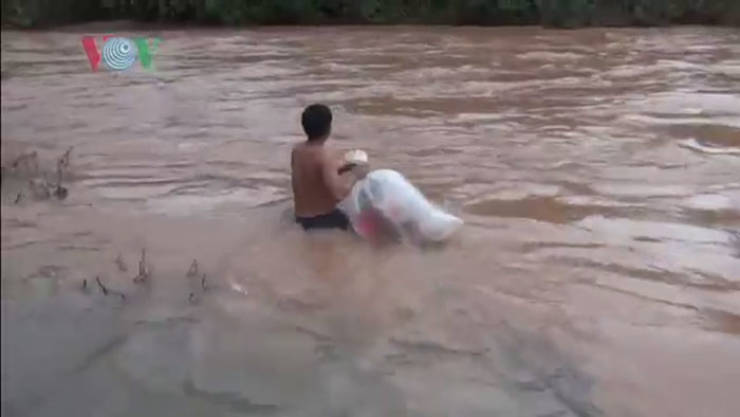 It certainly puts our ‘stay home because it’s quite hot’ attitudes into perspective! Knowledge and education is truly a wonderful thing, and we have great respect for these children and their parents who recognize that. 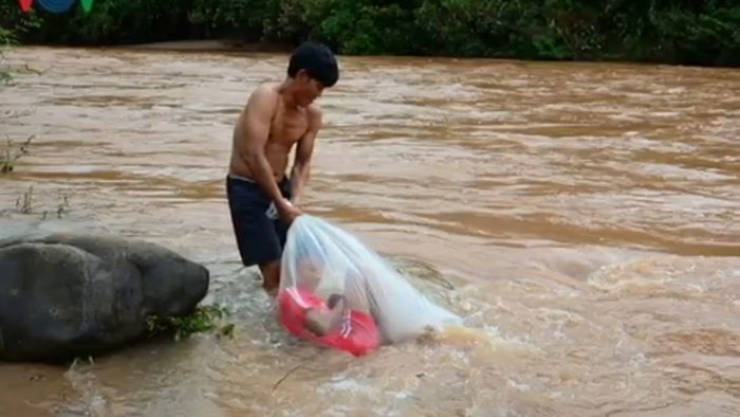 Thanks to the investigative journalism of the good people at Vov.Vn, it appears that a solution to this problem could be on the horizon, as the government looks to invest in more bridges in the remote region.

Soon after the release of the original article, Minister of Transport Nguyen Van The stated the following:

“After receiving the press agencies’ feedback on the situation of students still in the village Huoi Ha having to carry plastic bags to cross Nam Chim flood stream to school due to lack of investment in transport infrastructure, the Ministry of Transport has instructed Vietnam Road Administration to coordinate with local authorities at all levels to check and consider this issue.” 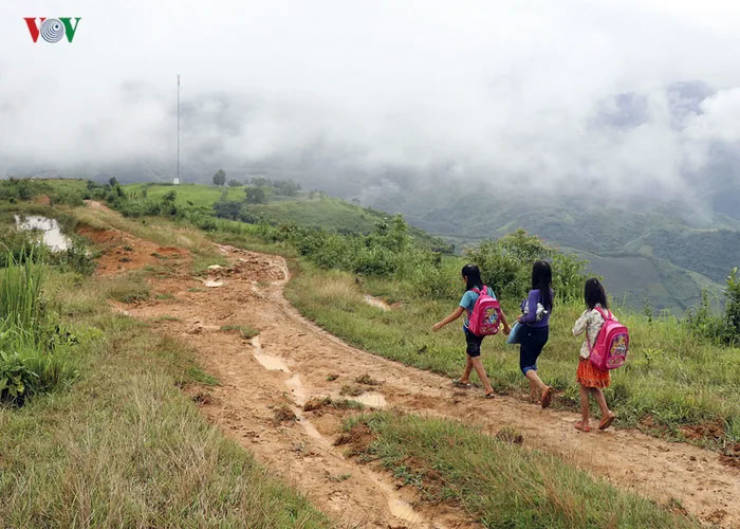 You can watch a video about the situation below