These Stories Are Just Too Adorable (20 pics)

The story of the peach tree 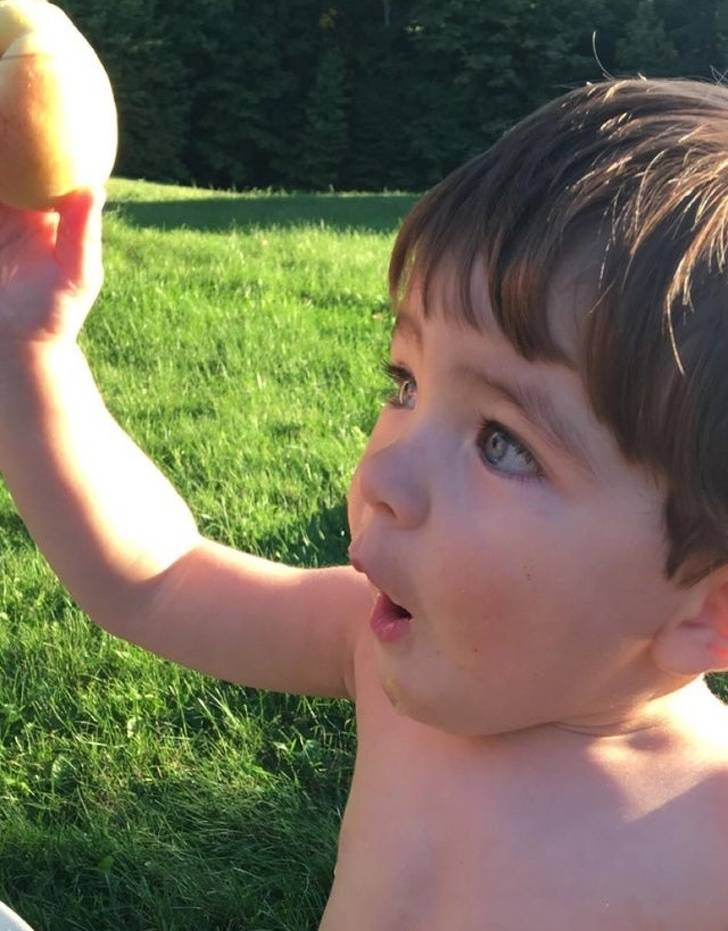 “The first time I visited my girlfriend (now wife) in college, I bought a peach tree from a local nursery and told her, ‘...someday we will eat peaches from it years from now, because we’ll still be together.’ Well, it worked better than I planned. Here is our son eating a peach from that very tree.”

The boy who rocked the JNCO jeans 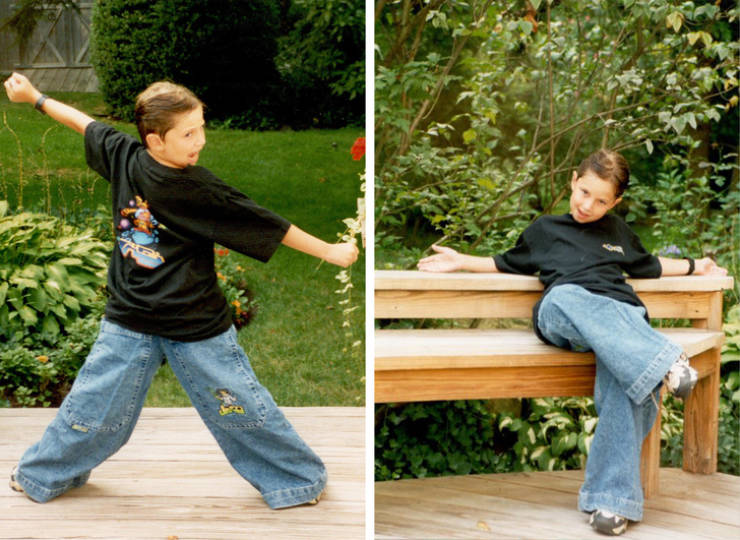 In 1998 Zach Kornfeld begged his mom to buy him JNCO jeans. She agreed, as long as they do a photoshoot to prove to his future self how ridiculous he looked. Zach posted this on his twitter saying, “Look who’s laughing now, mom.” 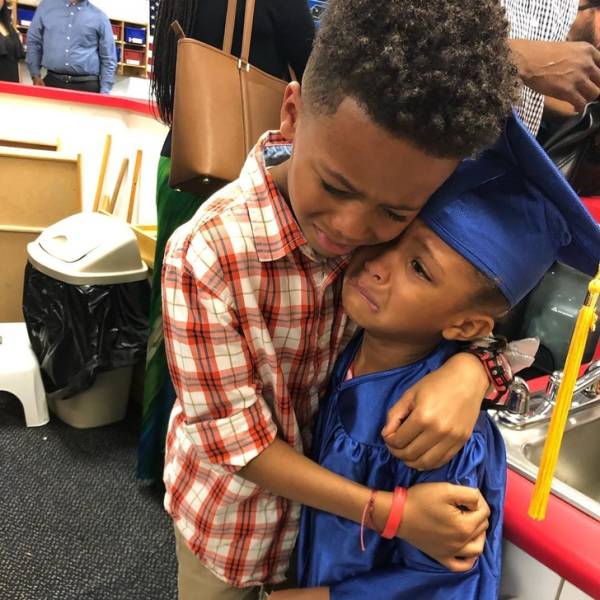 Today my daughter graduated from Pre-K. After the ceremony my son walked up to her and gave her a hug. “I’m just so proud of you,” he said. Then of course my daughter started crying. As we wiped away our tears, my husband asked her, “Pumpkin, why are you crying?” She responded, “I’m just so happy.”

A group hug to say goodbye 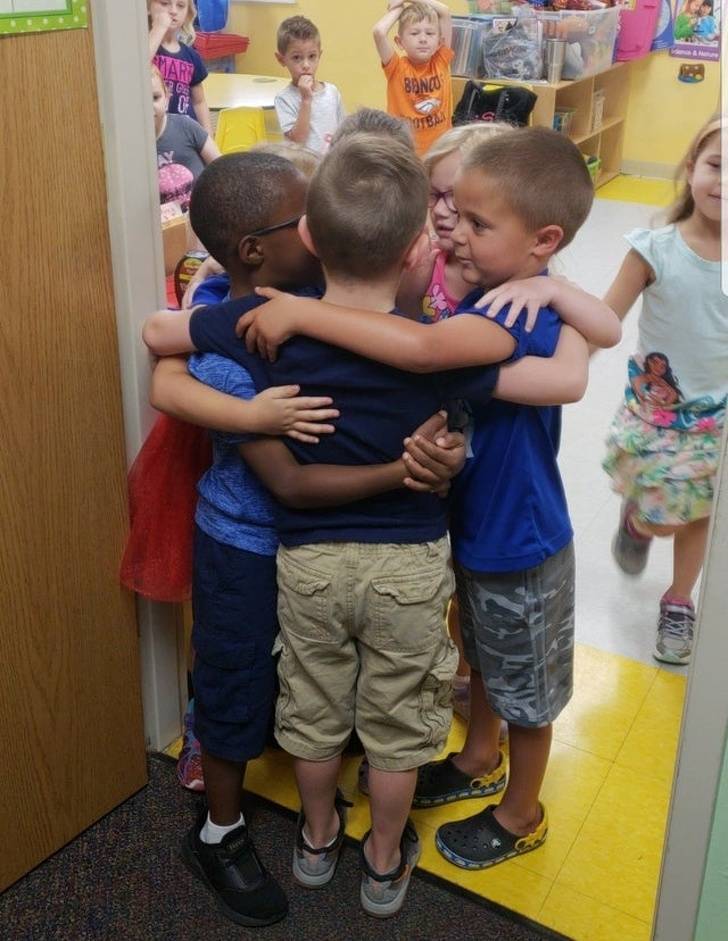 These kids from daycare made a circle of embrace and said their last goodbyes before going to separate elementary schools.

The kid with good dental hygiene 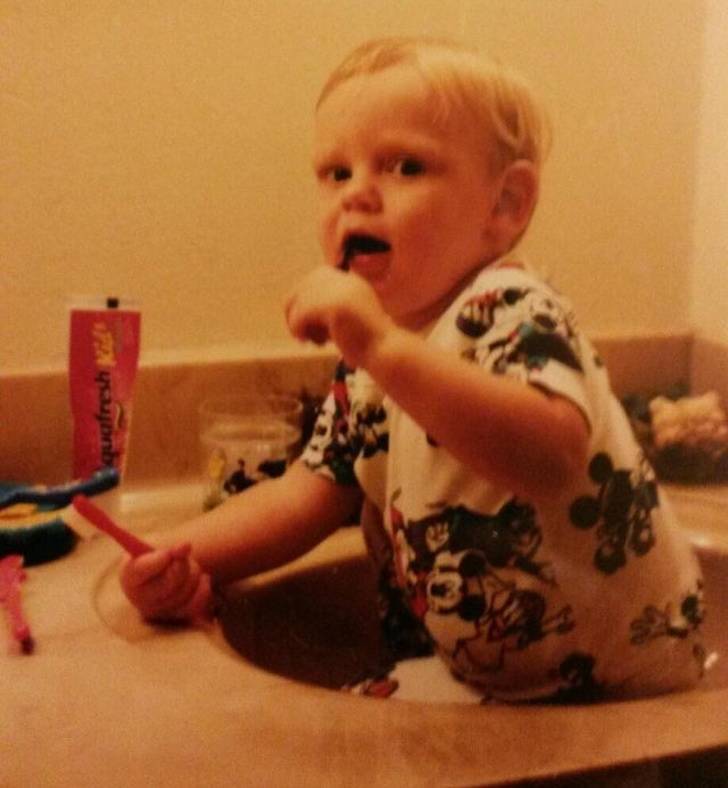 His mom warned him against trying to brush teeth on his own when he was first learning how because she was afraid he’d choke. She came into the bathroom to find him double-fisting toothbrushes in the sink. His enthusiasm should be applauded! 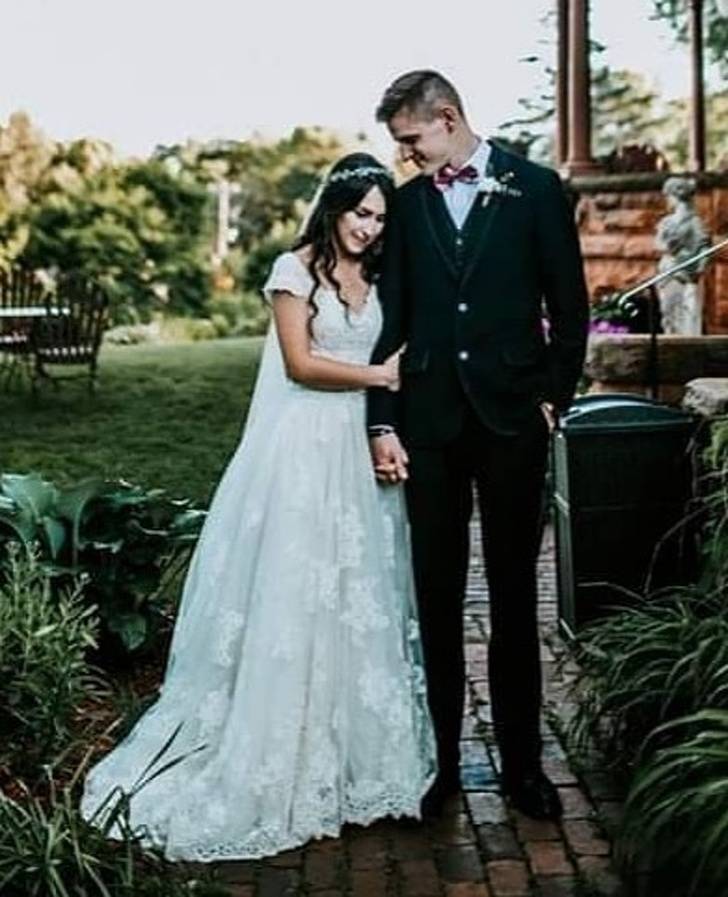 “I met her online 12 years ago. We were 11. We talked on AIM/MSN and, later, exchanged text messages. We stayed connected as she pursued nursing and I joined the military. I met her in person for the first time a few years ago. Today, we got married. Love can conquer absolutely anything.”

The tortoise and the nugget 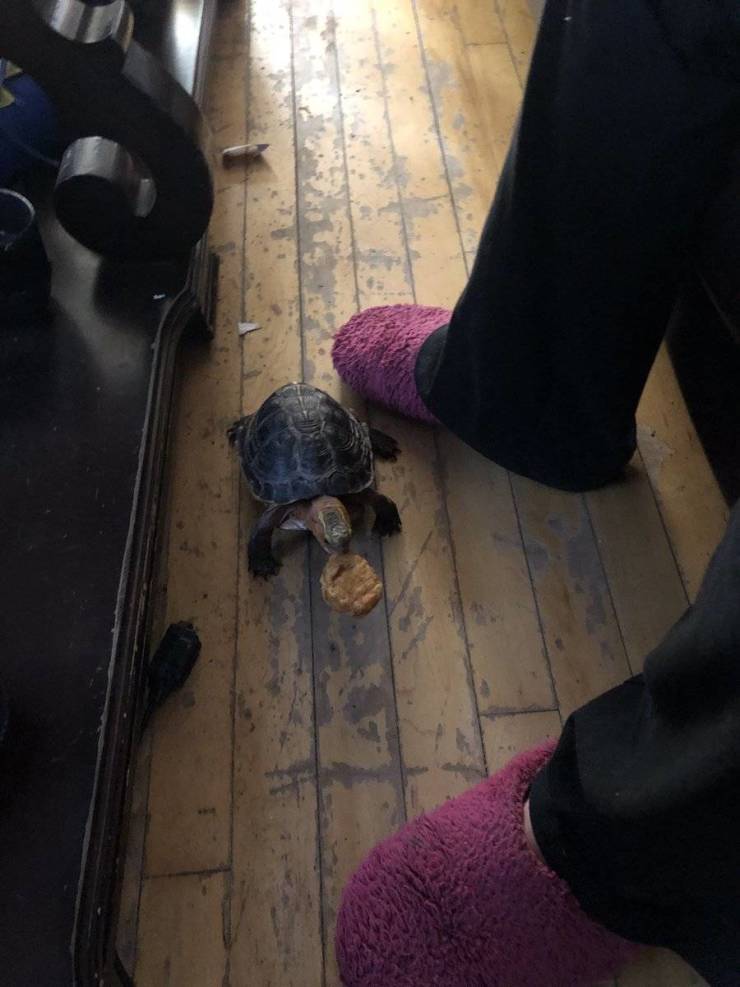 Isn’t it just adorable that the tortoise offered a piece of what it found to its owners?

The doctor that goes the extra mile 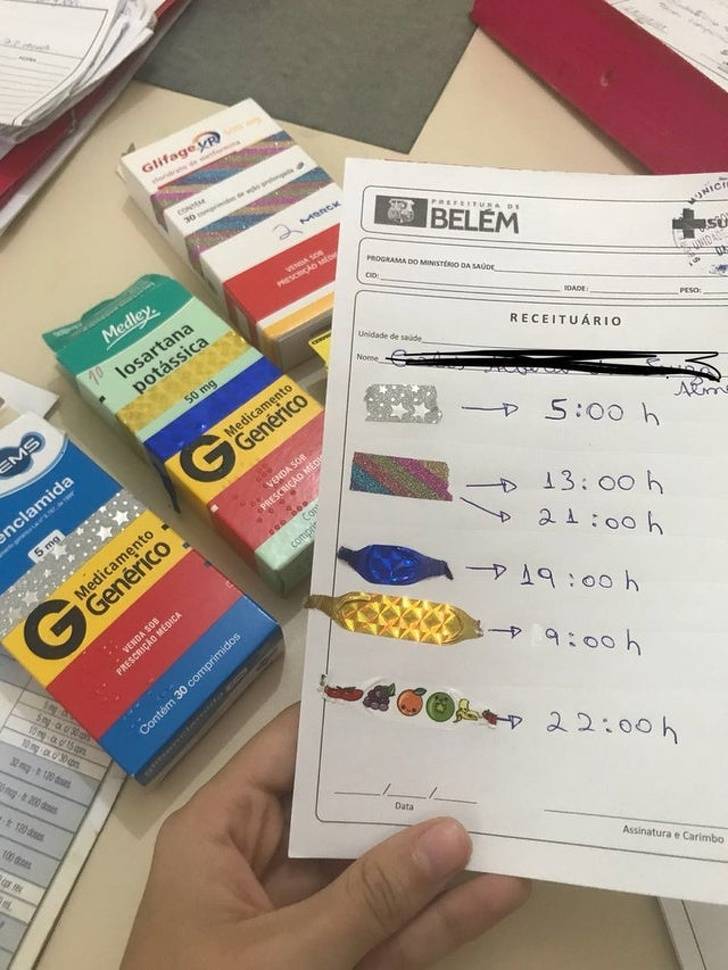 A doctor made a “special prescription” for a patient who can’t read by using colorful tape on the boxes and prescription note.

“My mom and I went to a wedding with a photo booth. She’s single, so she wanted to take solo-pictures as a strong independent woman, but I wanted to remind her that she never has to go it alone.” 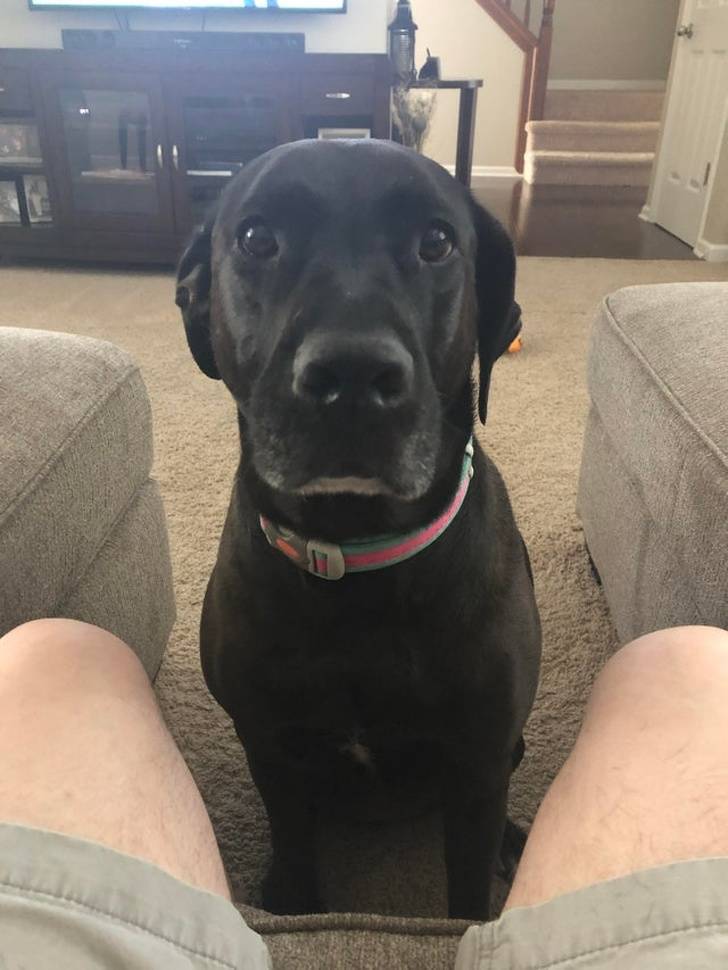 “I had surgery 5 days ago. She’s been stuck to me like this since I came home. I think she was a nurse in a previous life.” 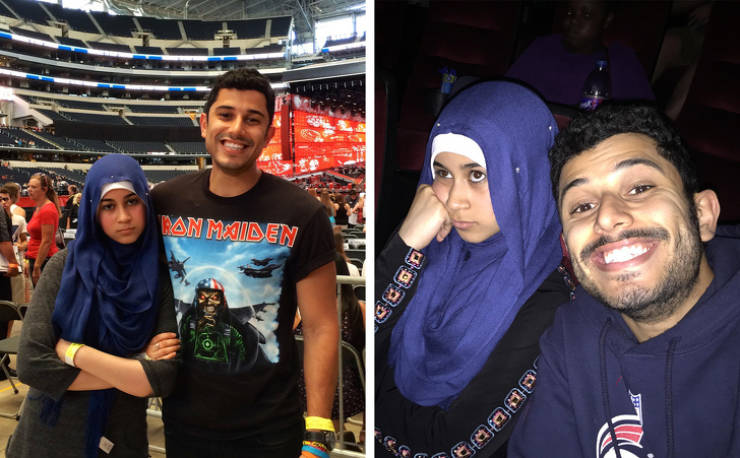 His baby sister let him use her as a cover to go see a One Direction concert and movie so he would not be judged.

The man who loves to mow 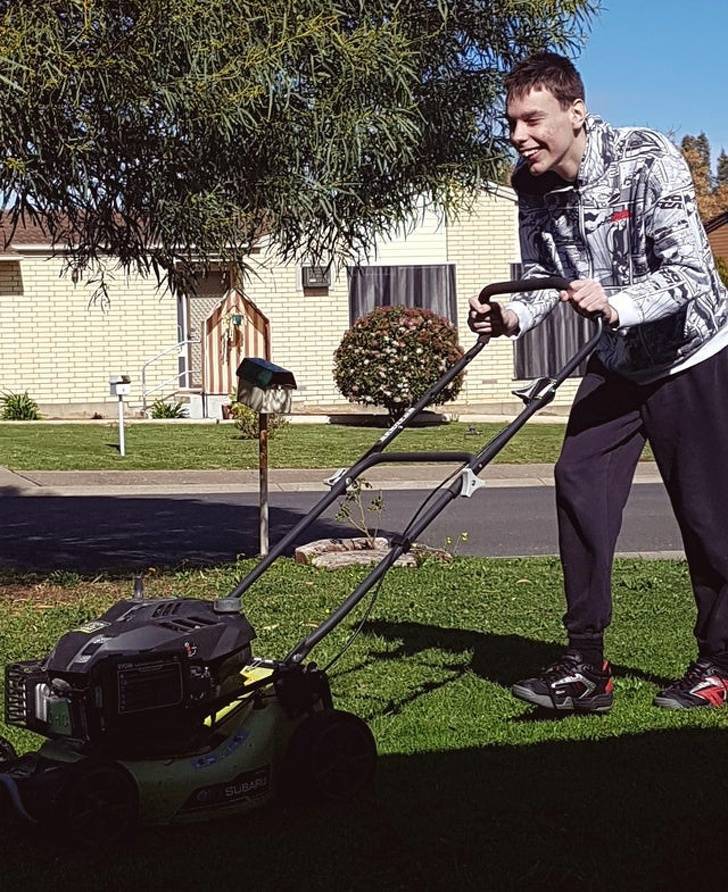 This man, who struggles with autism every day, finds that mowing the lawn boosts his confidence and sense of self-worth. He always has a huge happy smile while lawn work.

The men and origami 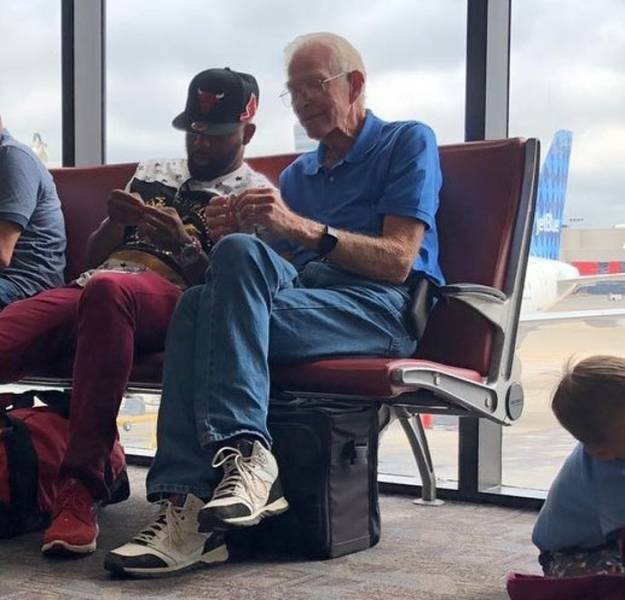 The older gentleman is teaching the young man how to fold origami with a dollar.

The boy who calmed the dog 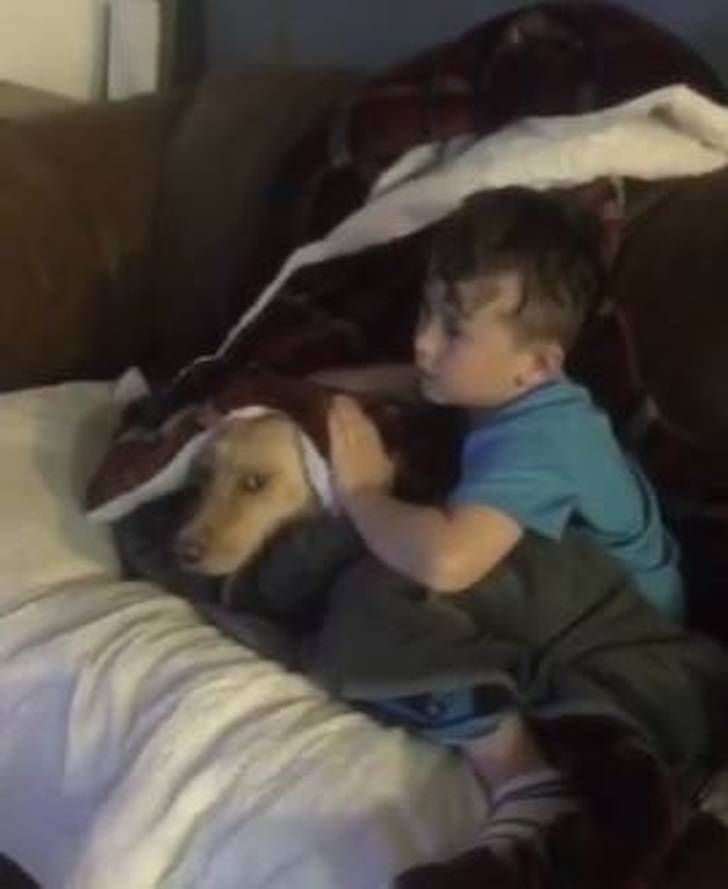 This family planned to watch the fireworks on the 4th of July, but cancelled when the boy was concerned about how scared their newly-rescued dog was of the noise. He suggested a weighted blanket, pet TV shows, and snuggles to calm her. They stayed like that for hours and it worked.

The girl who cut her hair 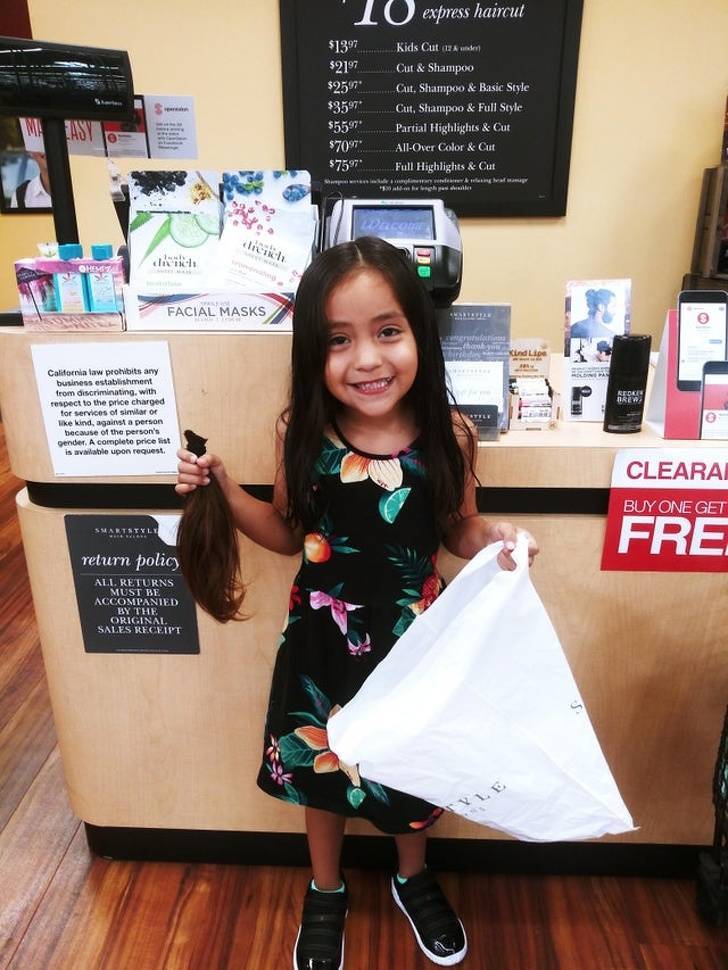 The grandmother and the beach 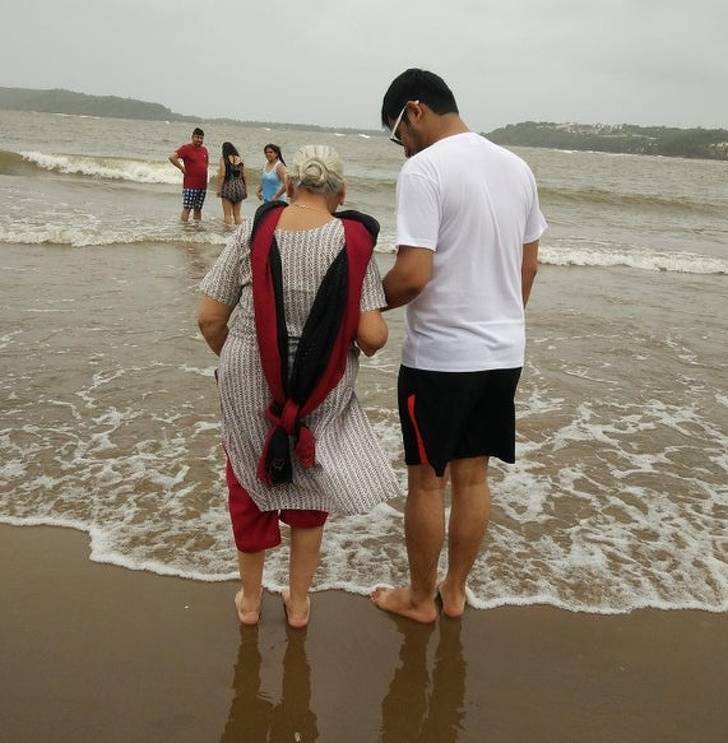 “My grandmother is seeing a beach for the first time in her life! She spent the next 3 hours there, just playing in the water!”

The uncle and the gown 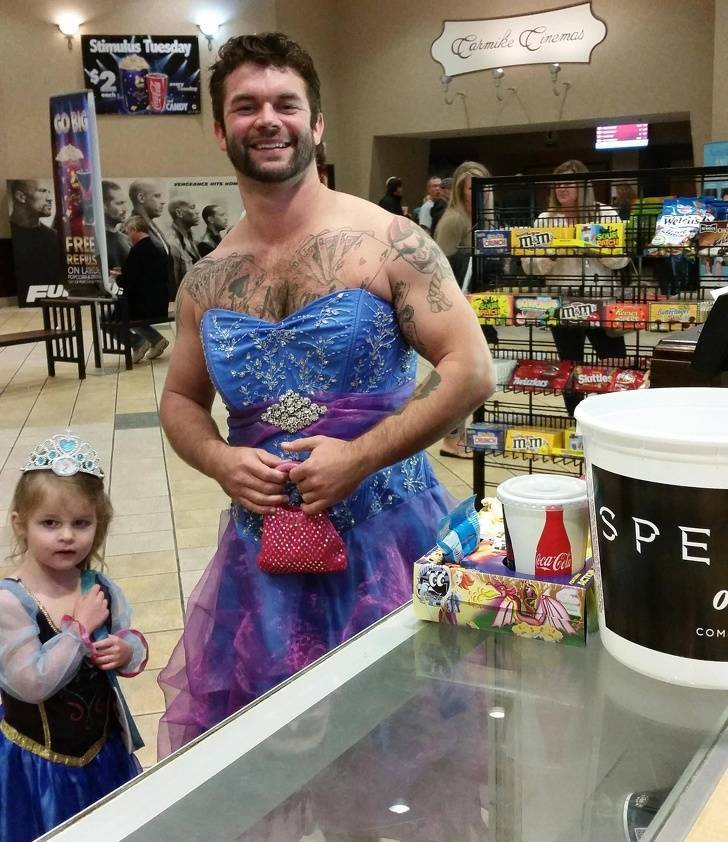 His niece was embarrassed to wear her princess costume to the movies. But her uncle didn’t like that and wore one himself to accompany and support her.

The mother and daughter 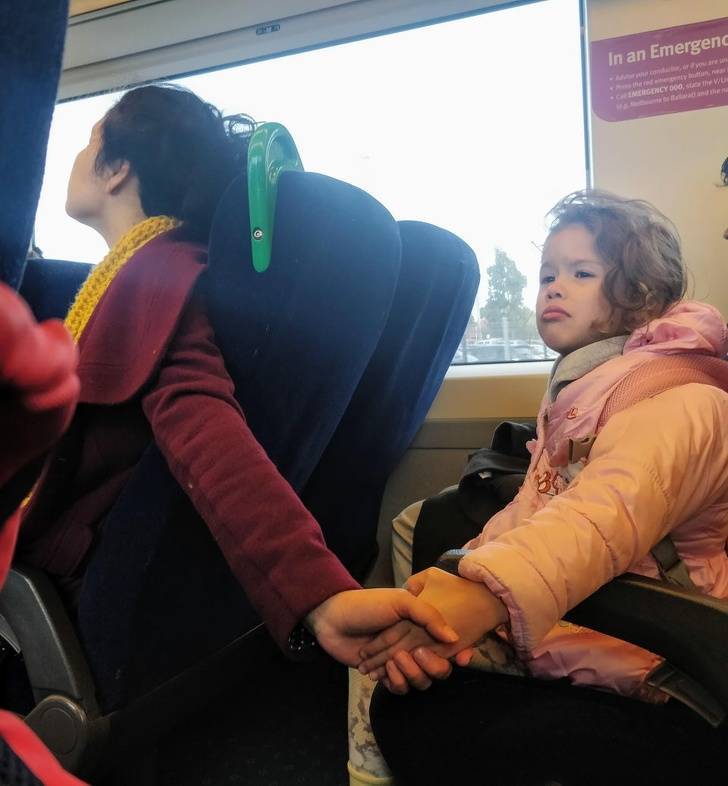 This mother and daughter had to sit separately. When the daughter said, “Mommy, you’ll always keep me safe right?” the mother held her hand from the front seat to show her that she’s there for her. 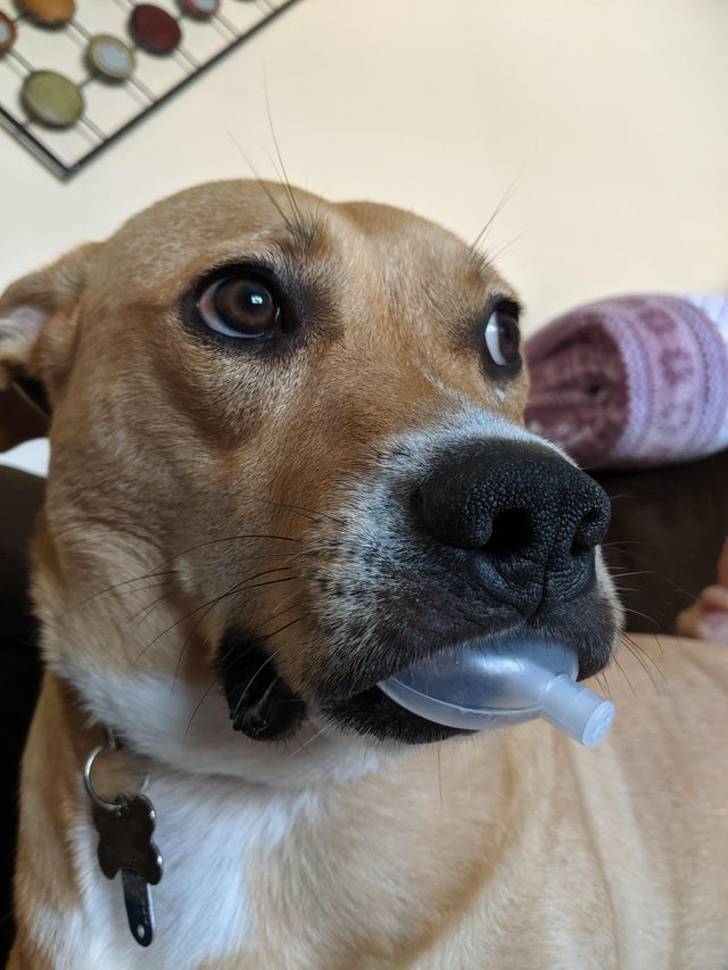 “This is Della. She knows she is not allowed to have the squeakers out of toys and she shamefully brings them to us when she gets them out, so we can take them and throw them away.”

The baby girl and the miracle 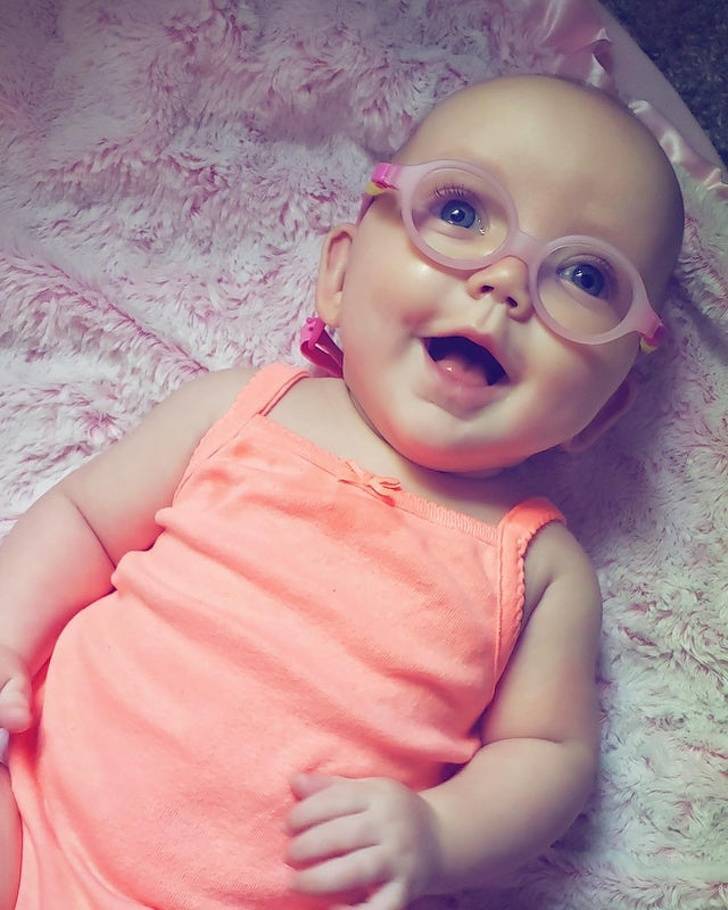 Her parents were told 3 months ago that their newborn was blind. 2 weeks ago they found out that the doctors were wrong. Now, she just got her glasses.