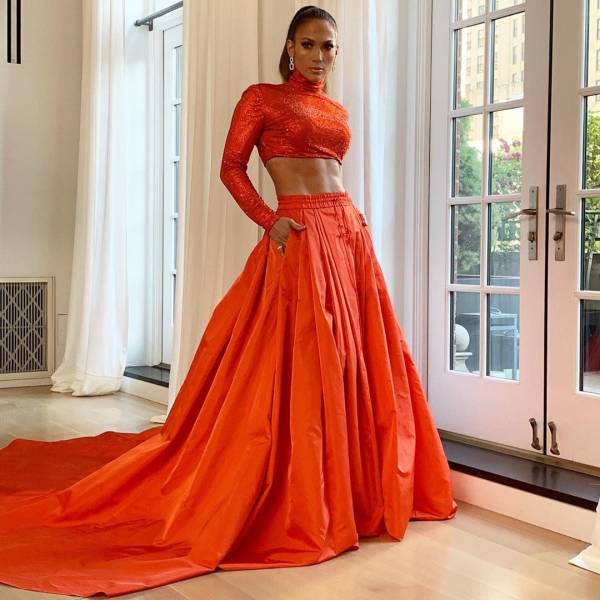 Jennifer Lopez didn’t just turn 50 this year on July 24th. She’s also on tour, engaged, a reality TV judge and a mother of twins. “I’m just doing what I always do, and I will keep on doing it,” said Jenny from the Block on Today. 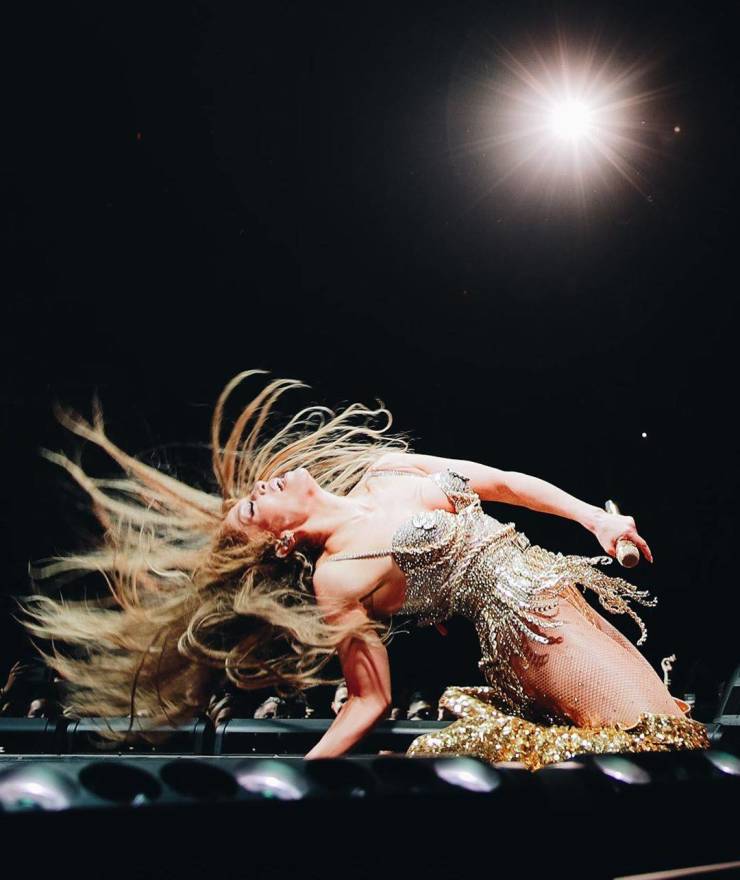 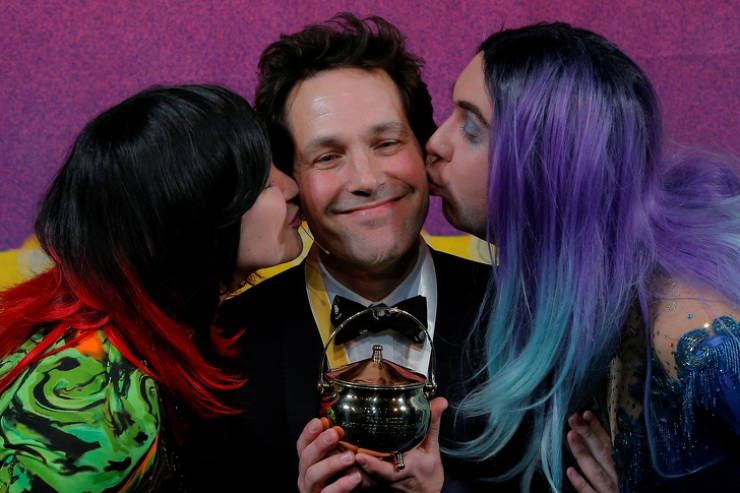 Coined an American sweetheart since Clueless, Paul Rudd’s role as Josh was almost given to Ben Affleck or Zach Braff. The Avengers star who plays Ant-Man recently celebrated his 50th birthday on April 6th as a Critics’ Choice Television Award-winner. 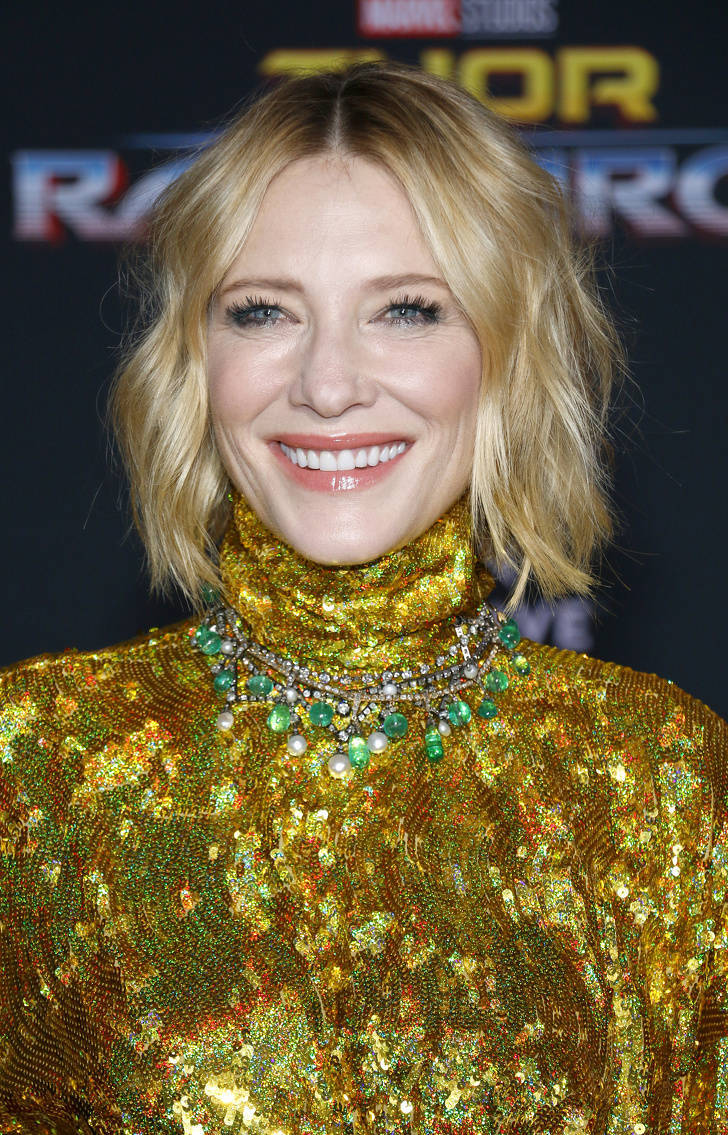 To Cate Blanchett, turning 50 on May 14th was no big deal. She admitted that now that she has more confidence in herself and still wants to live many lives. 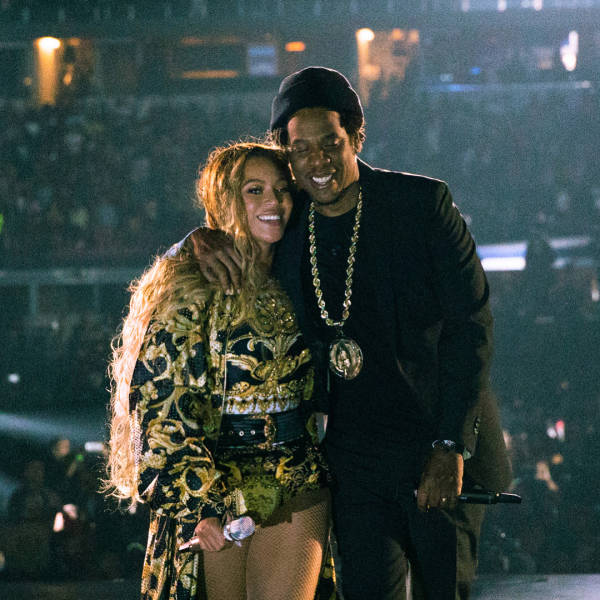 Millionaire, 22-time Golden Globe-winner, and husband to the one and only Beyoncé, Jay-Z is another one on the list of the newly-turned 50-year-olds, celebrating his birthday on December 4th. 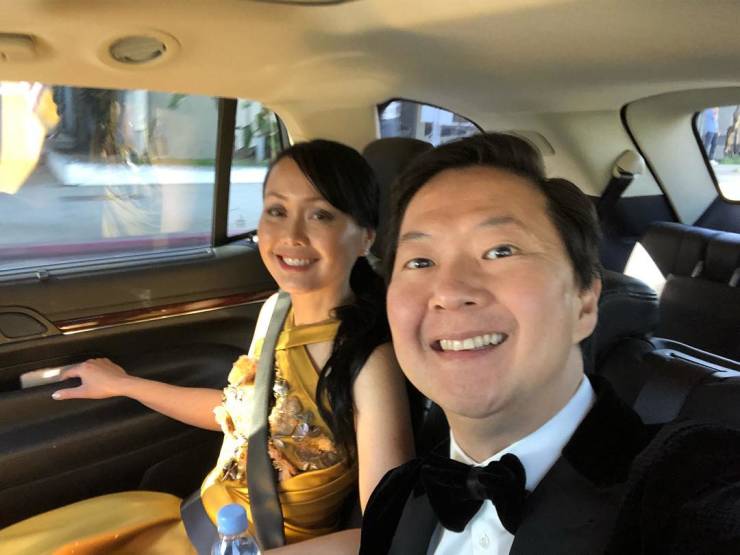 One of the funniest comedians in Hollywood, we can see the likes of Ken Jeong on TV shows like Community, in movies like The Hangover and on the competition show, Masked Singer where he sits as a judge. Jeong turned 50 on July 13th. 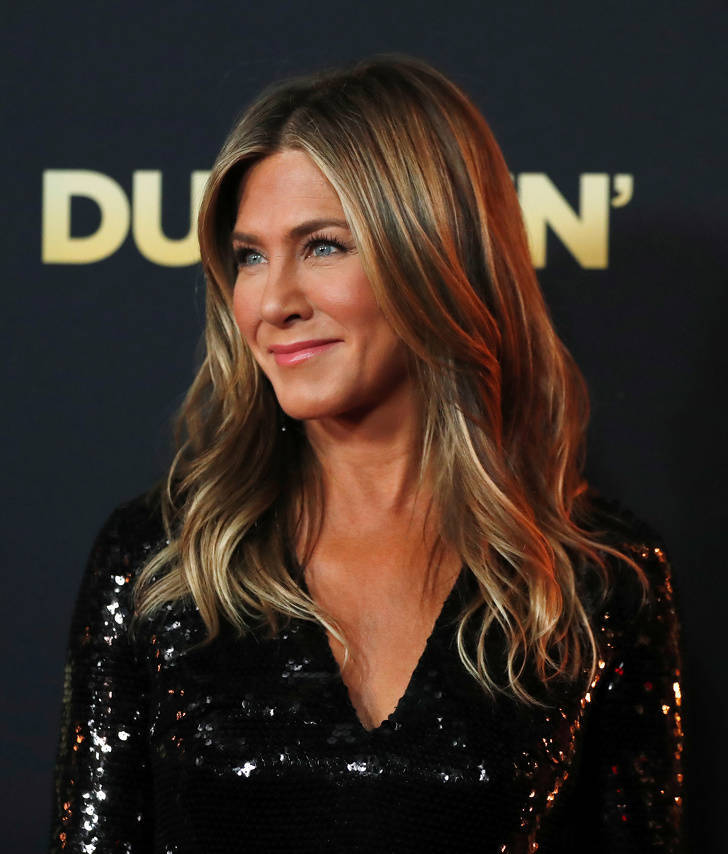 Jennifer Aniston may be most famous for her character Rachel on Friends, but she had to work as a waitress and telemarketer before getting the big role. She is also a direct descendant of the royal House of Stuart of Scotland. Princess, Golden Globe winner, and forever beautiful! She celebrated her big birthday on February 11th. 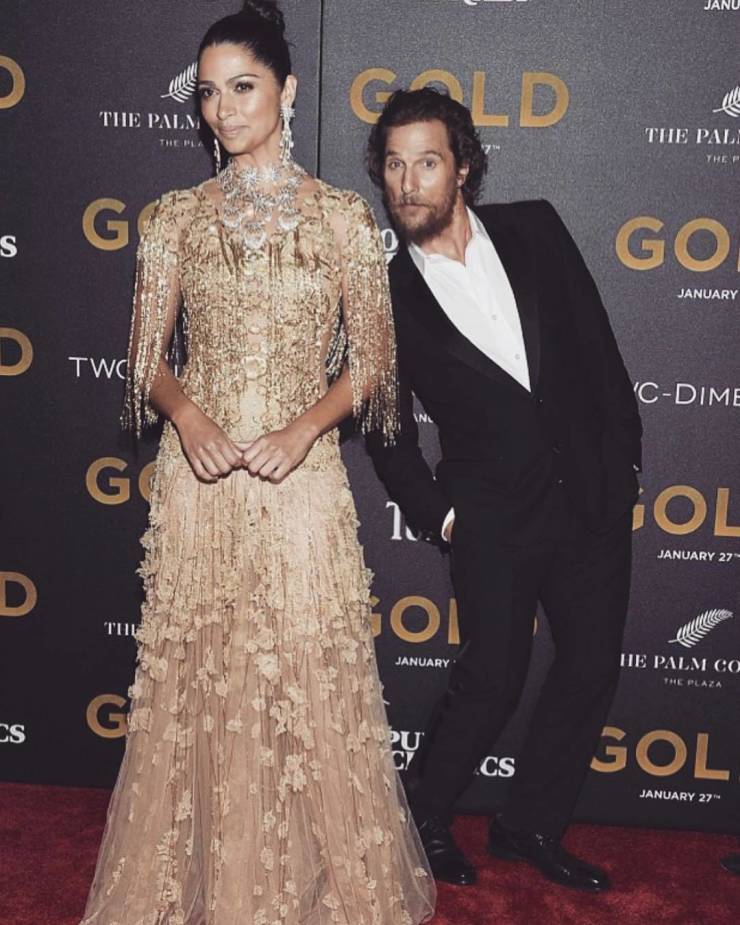 Another Oscar-winning actor on our list, Matthew McConaughey, celebrates his birthday on November 4th and is in some of our all-time favorite movies such as How to Lose a Guy in 10 Days, Dallas Buyers Club, The Wolf of Wall Street and Interstellar. Man, has he lived his 50 years in style or what? From 300 to P.S. I Love You, the truth is, Gerard Butler can be a true chameleon. But we almost didn’t meet him as an actor: he went to law school at the University of Glasgow until his last year of the program. This Scorpio is turning 50 on November 13th. 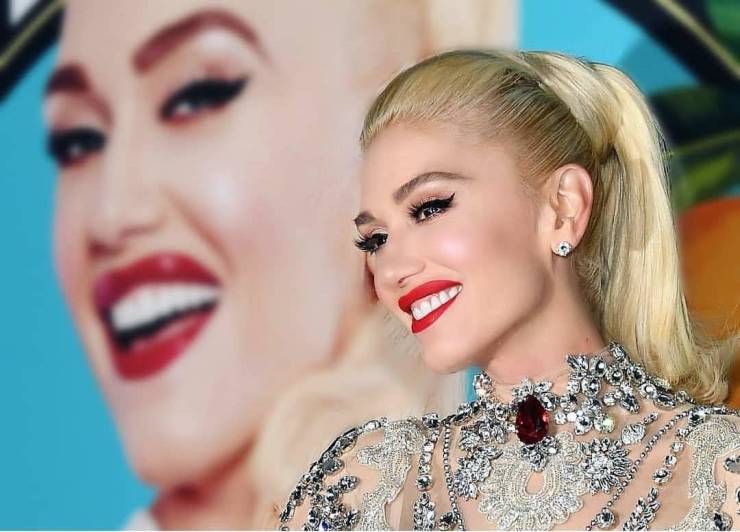 Former No Doubt singer and forever young Gwen Stefani is known for accumulating hit after hit and for her successful clothing line, L.A.M.B. Between being a mother of 3 and living on an eternal honeymoon with her boyfriend Blake Shelton, this year she’s entering the big 5-0 club on the third of October. 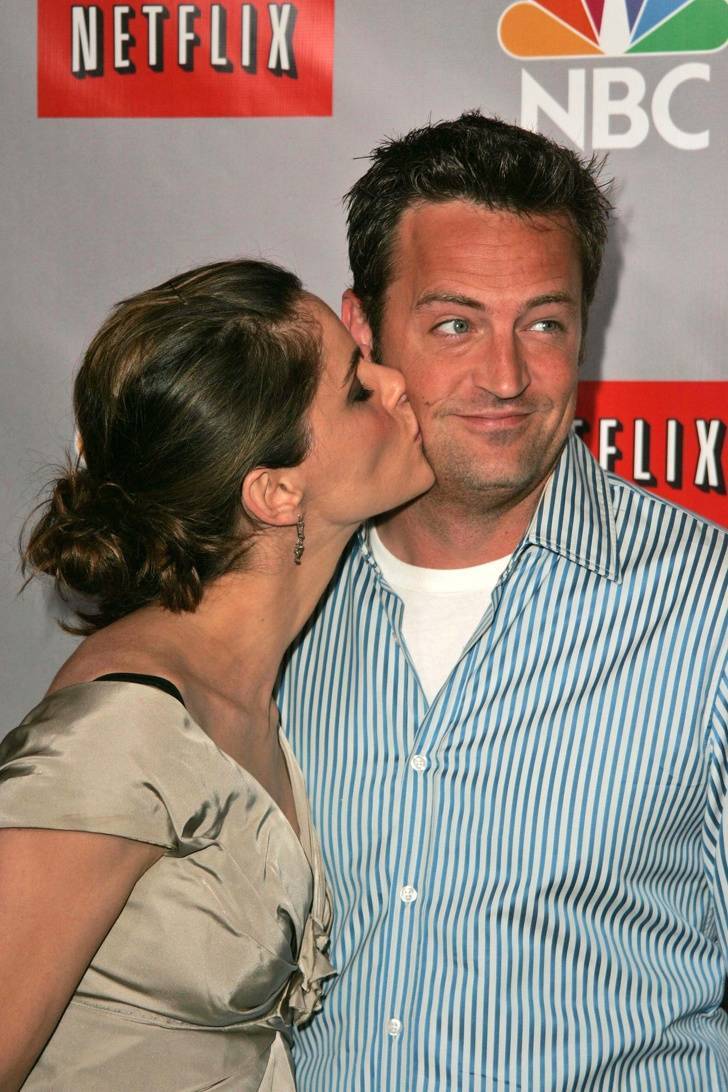 It’s a big year for Friends fans! Raised in Canada by his mother, this actor landed his breakthrough role in 1994 as Chandler Bing. Matthew Perry celebrates his birthday on August 19th. Could this year be any more special for him? 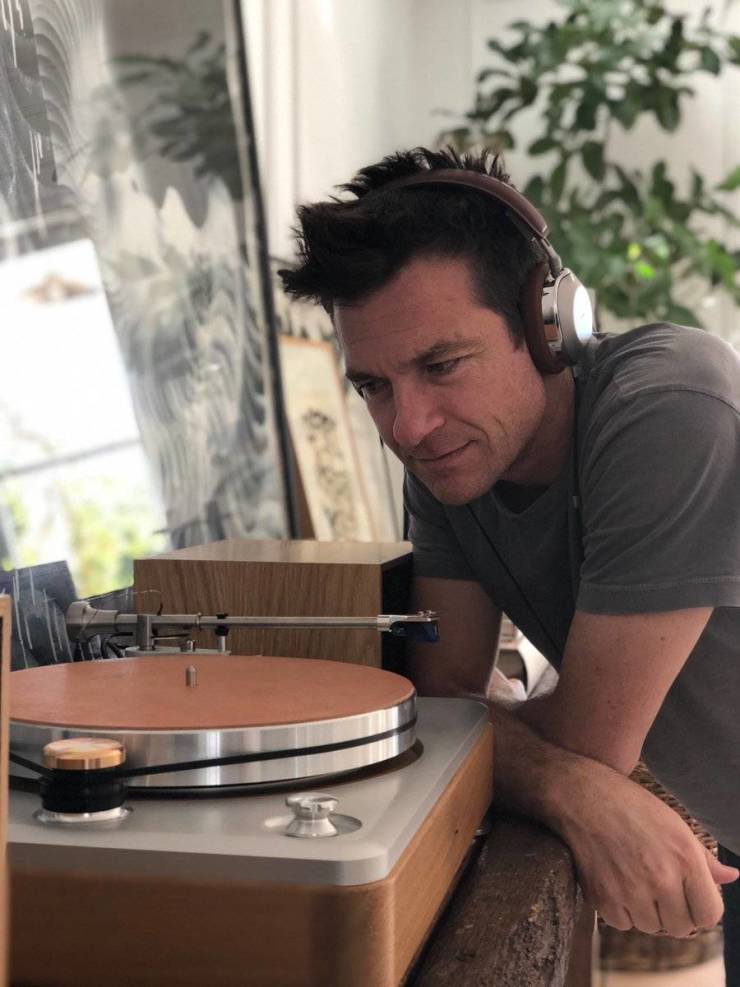 Jason Bateman is an actor, director, producer and Golden Globe-winner for his role in Arrested Development. And he didn’t develop this talent by chance since his father Kent Bateman is also an actor, writer, and director of film and television. This Capricorn born in 1969 blew out his candles on January 14th. 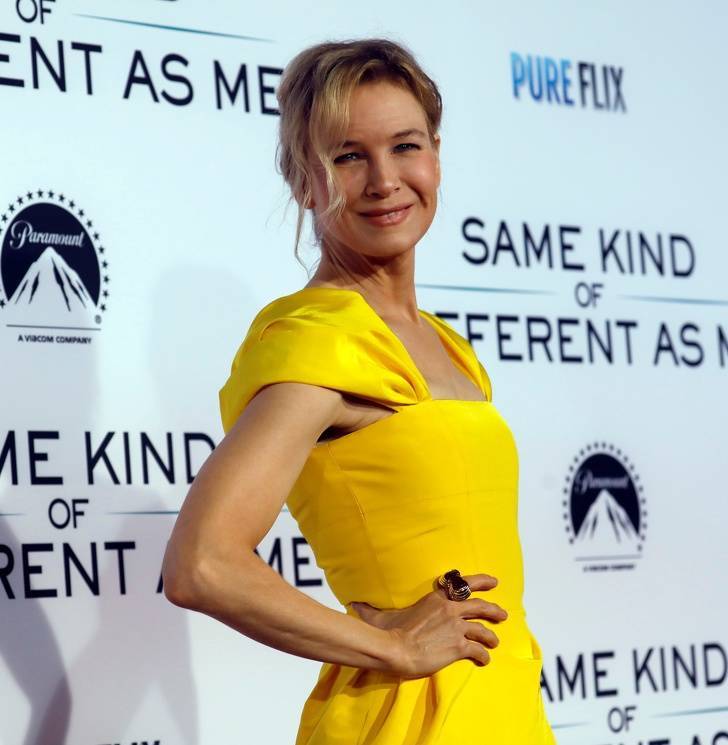 We all know Renée Zellweger from Bridget Jones’s Diary, but after taking a 6-year break from the spotlight, she is ready for her next big role as Judy Garland in the movie Judy, set to be released in the second half of 2019. She turned 50 on April 25th. 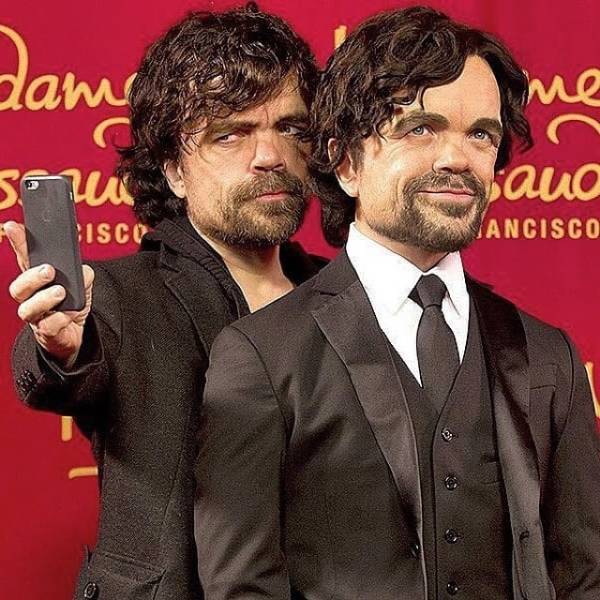 2019 is a big year for Peter Dinklage: it’s not only the year of Game of Thrones’ big finale, but it’s also the year he said goodbye to his 40s. He turned 50 on June 11th. And don’t just assume that he lives a life of luxury. He admitted that he spends his nights relaxing with a book, drinking his tea, and walking his dog. 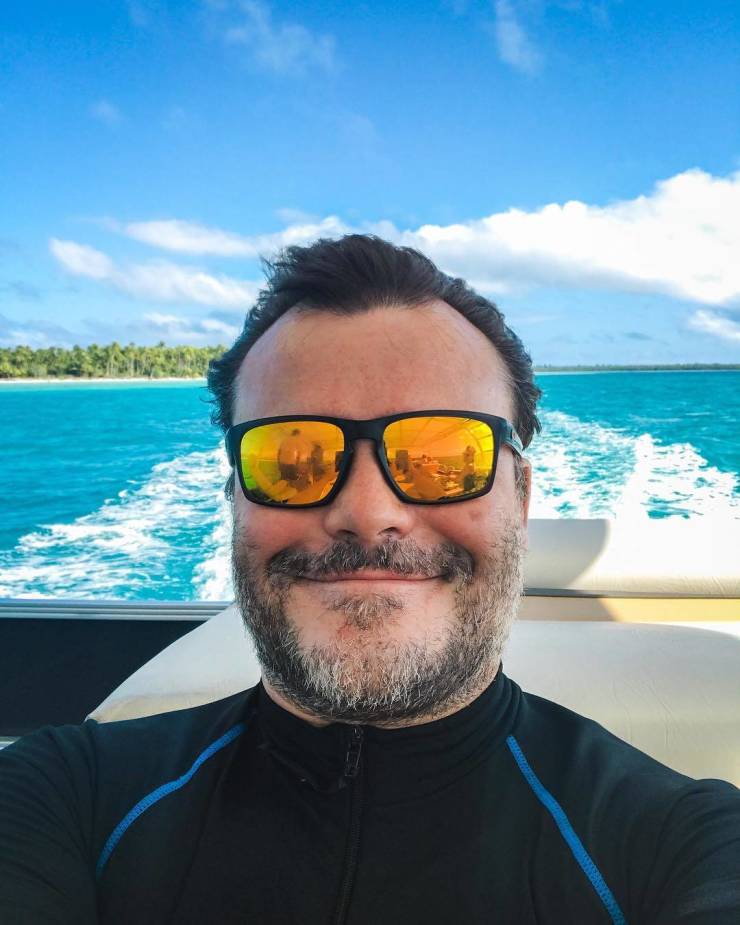 Thomas Jacob Black, or Jack Black, is most famous for his role in School of Rock and as the lead singer of the band Tenacious D. As a true rock star, we wonder how his 50th birthday party on August 28th is going to be! 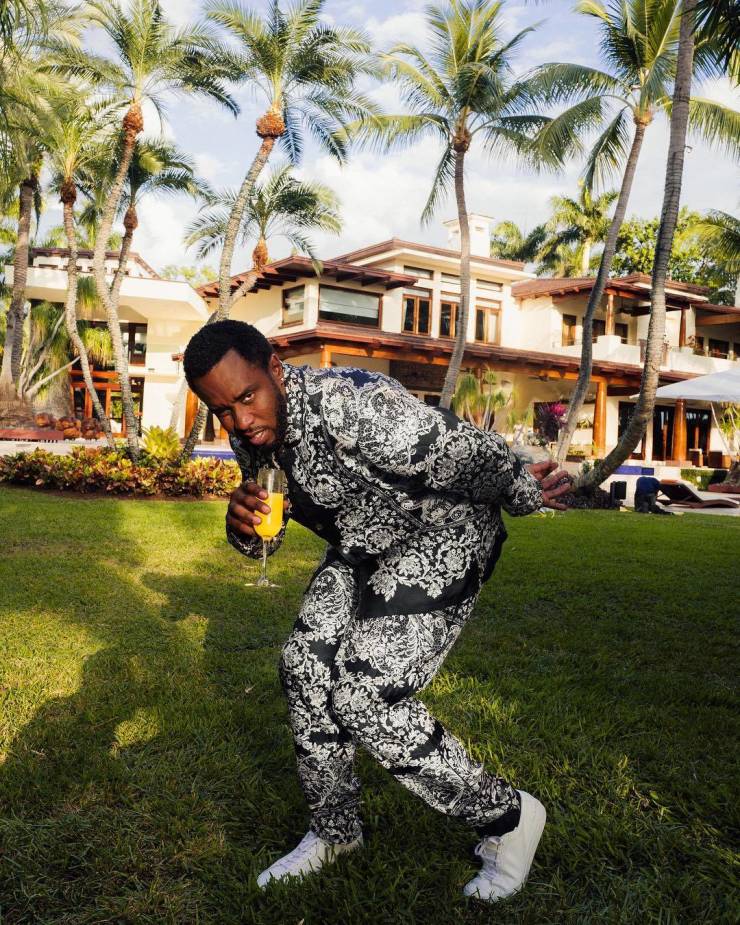 P. Diddy is a true music entrepreneur and was once considered the richest man in the hip-hop world. Sean Combs, which is his real name, is also a philanthropist: In 2003 he earned $2 million for the education system in New York City. He’s celebrating his 50th birthday on November 4th. 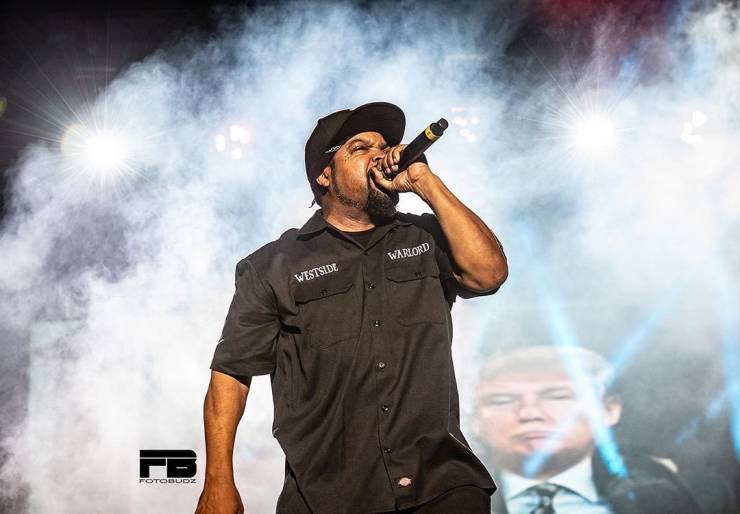 One of the 10 biggest MCs of all time, according to MTV, is O’Shea Jackson (or Ice Cube). He’s a rapper, music producer, actor, writer, comedian, film producer, American director...and an architect! He has a degree in architectural drafting but never got his certificate, as he started to have success as a rapper. Ice Cube also celebrated the big 5-0 this year on June 15th. 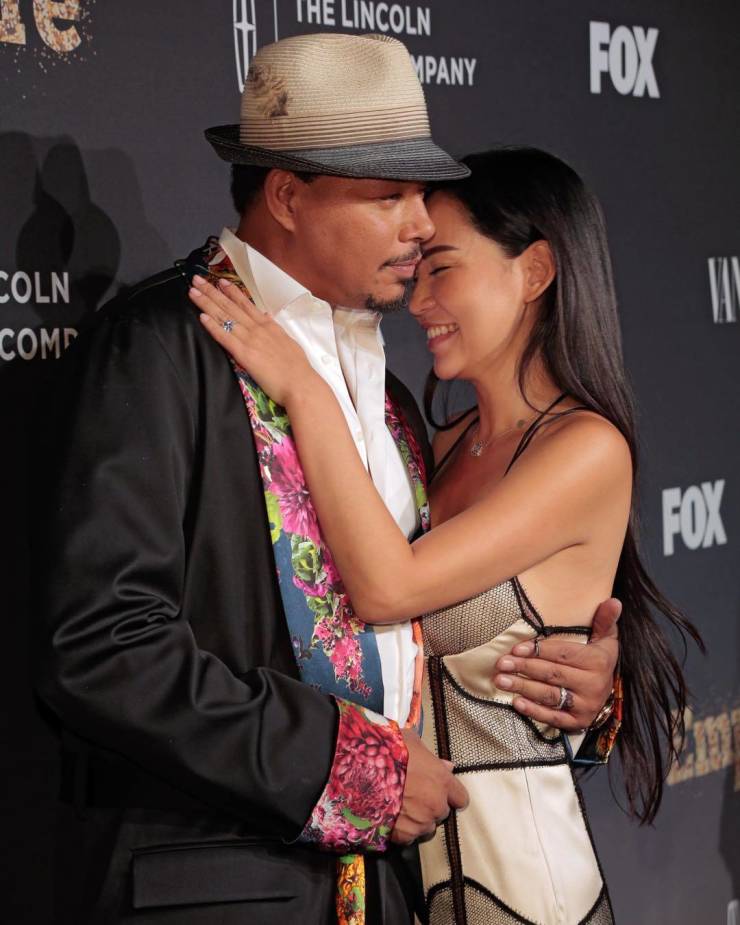 Currently staring as Lucious Lyon on the TV show Empire and a former “Best Actor” nominee for his role in Hustle & Flow, Terrence Howard is also a singer. His debuted his one and only album Shine Through which was released in 2008. As a Pisces, he celebrated his birthday on March 11th. 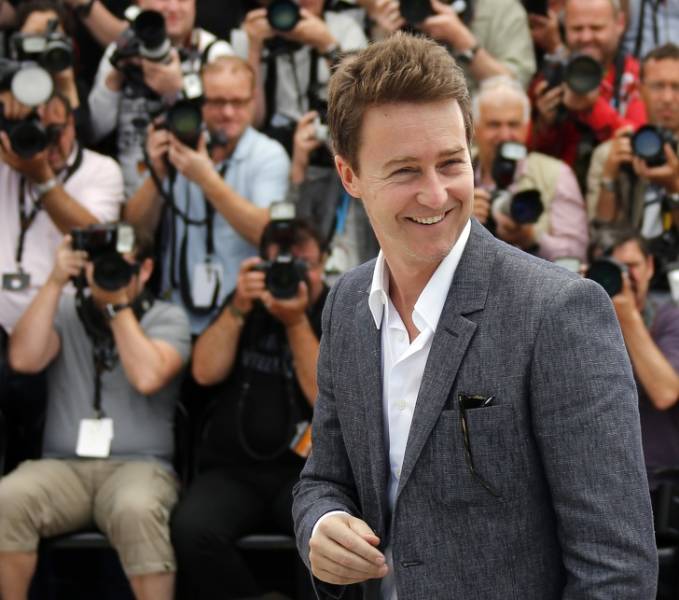 Edward Norton is an Oscar nominee that achieved stardom by acting on the movie Primal Fear in 1996. But acting wasn’t something he always considered, as he studied history at Yale University in his early days. Norton is also on our list of famous people turning 50 in 2019 — his birthday is on August 18th. 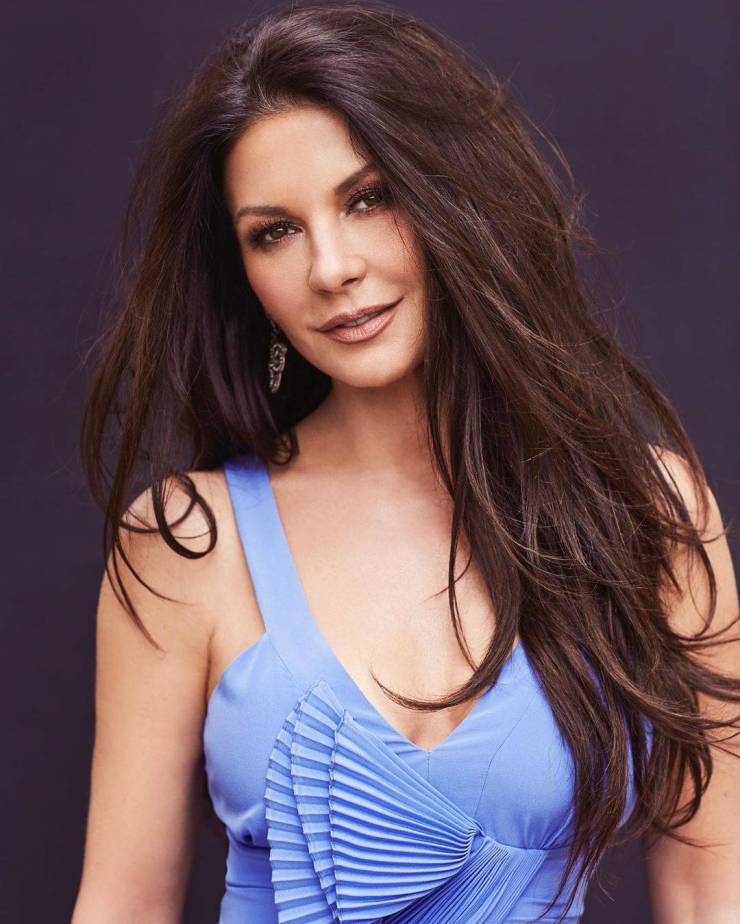 If someone told us that Catherine Zeta-Jones was turning 50 this year, we wouldn’t believe it. The Chicago actress has gone under the radar and maybe that’s her secret to keeping her youth. Fun fact: she and her husband Michael Douglas share the same birthday, September 25th. 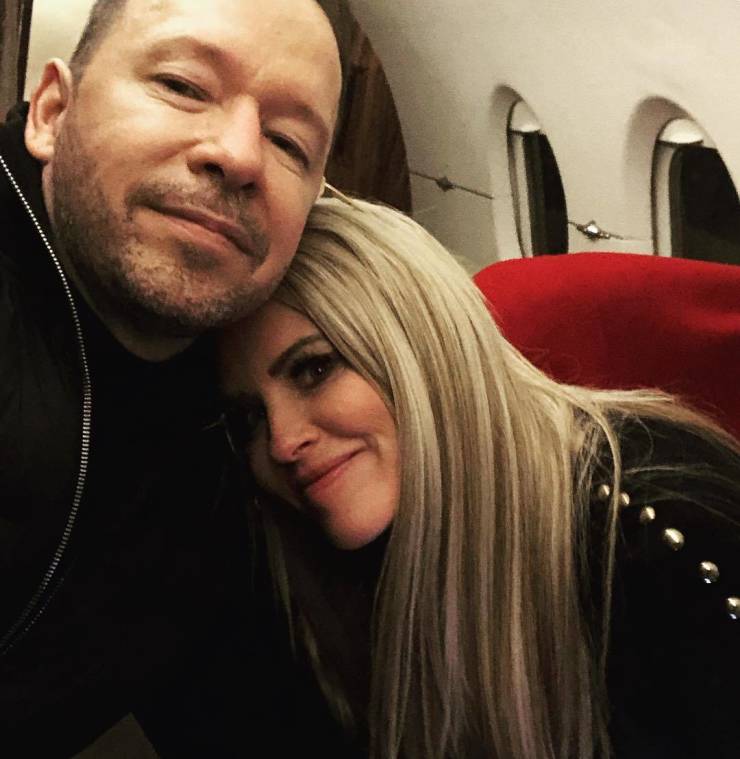 The first love of many girls growing up in the ’80s and ’90s, the New Kids on the Block singer, Donnie Wahlberg is now focusing on producing and stars on the TV reality show, Wahlburgers. His birthday is on August 17th. 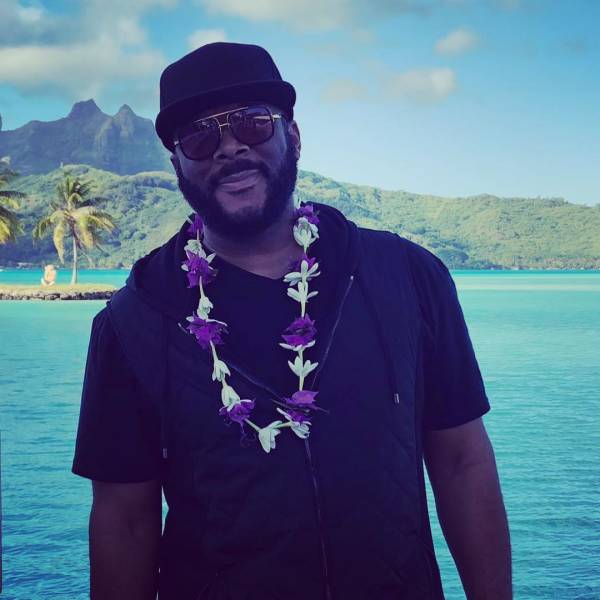 You may know Tyler Perry as his character Madea, but he is also a successful director, writer, and producer, having an exclusive multi-year partnership with Oprah Winfrey and her network, OWN. Tyler Perry is turning 50 on September 13th. 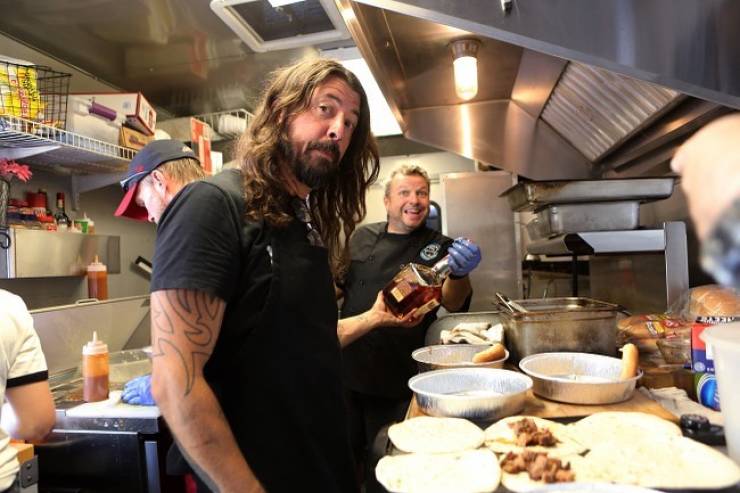 We have another confession to make: Dave Grohl has indeed turned 50 this year! The first crush of many girls back in the ’90s as the drummer in Nirvana and a guitar player and singer in the Foo Fighters, Grohl celebrated his birthday back on January 14th.