Lemurs are a unique family of prosimian primates that almost look like a combination of a monkey and a cat. Madagascar is home to an estimated 99 different species of Lemurs. Lemurs establish dominance by showcasing a terrible musk. So, the stinkier they are, the more attractive they are to females. 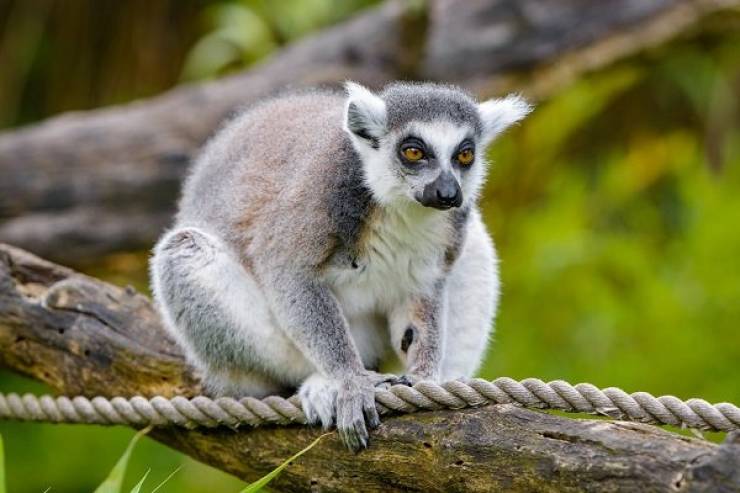 Ladies and gentlemen, The Beatles. Naw, but this thing is wicked and lives up to its name with a massive neck that doesn’t actually help them reach food, but rather helps them get laid. Yes, male Giraffe Weevils will fight each other to the death with these massive necks in order to get some action. 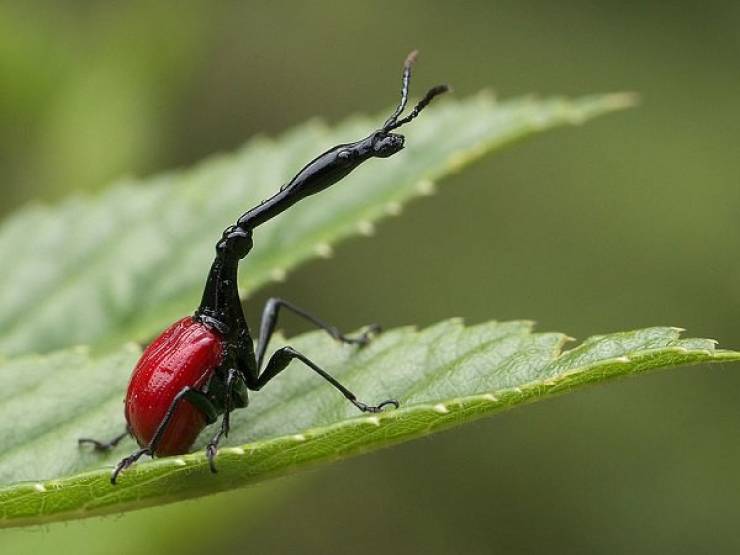 With a name like a Pirate and a face like a crack head that just got caught doing something terrible, the Aye-Aye is an animal that Madagascar Natives believe to be a dark omen, Because of this, they are often hunted which has caused them to become a protected species. Their massive eyes allow them to see at night. 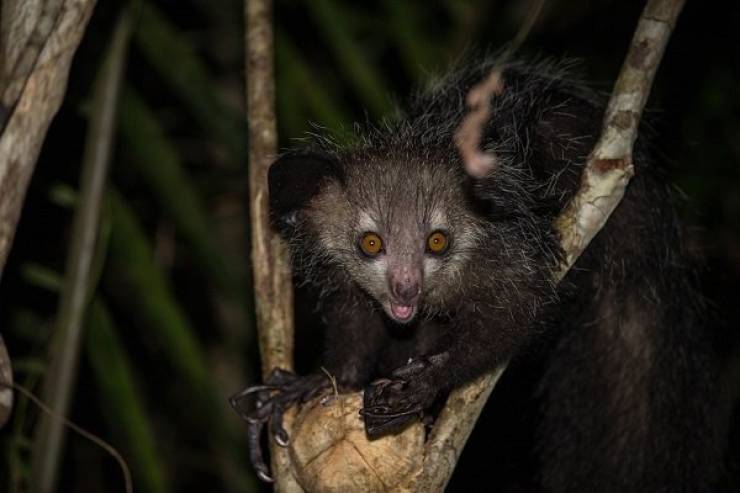 These awesome creatures can only be found in the forests of Eastern Madagascar. They have an incredible ability to blend into the trees that they hide in. They do this by flattening themselves against the trees, exposing their leaf-life tails, and changing their skin colour. Unfortunately due to exotic pet trading and logging, not many of them are left. 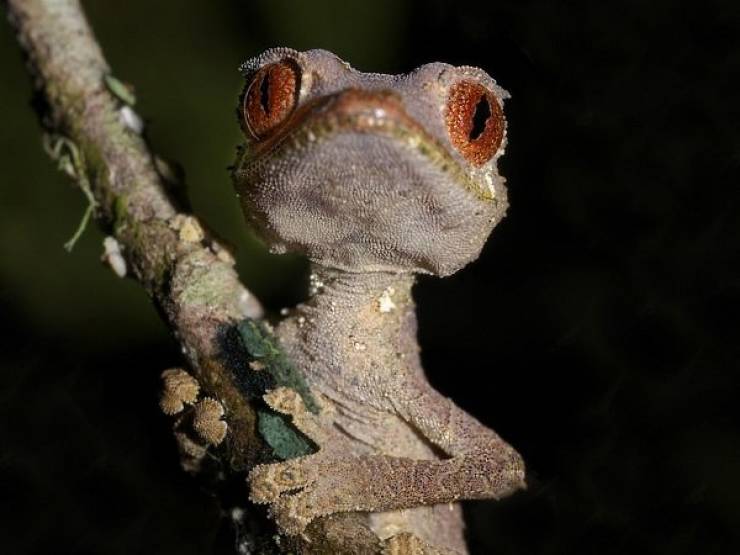 While this snake, along with the other snakes in Madagascar are actually quite harmless to humans, local legends say that if you stand underneath one in a tree, it will stiffen itself up and jump down in order to impale you. 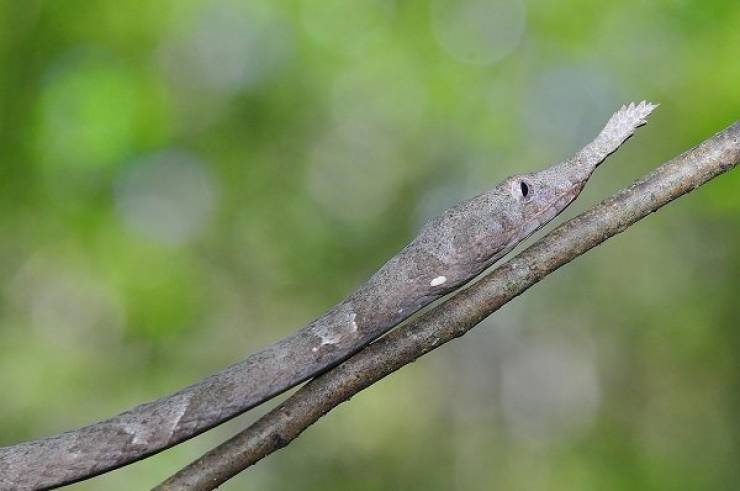 Closely related to Cuckoo birds, these blue beauties are easy to spot against the bright green forests of Madagascar. Luckily, they aren’t in any danger of extinction and they happily spend their days hunting for food. 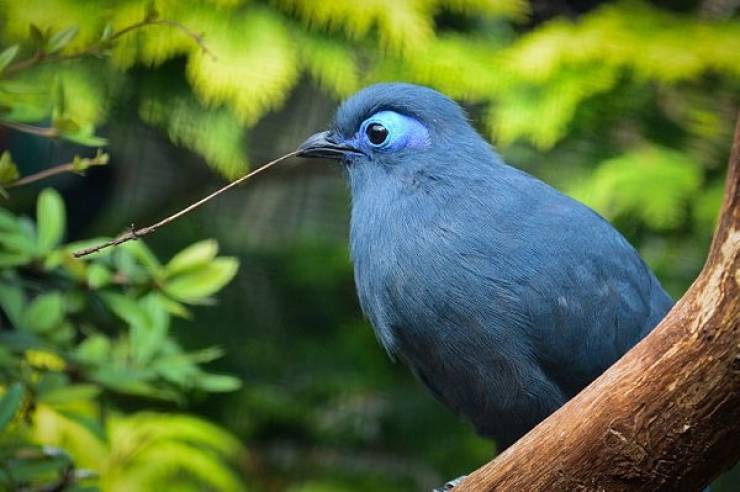 As if regular cockroaches weren’t sketch enough, these bad boys really do hiss. Why do they hiss? They do it for a number of reasons: One, to attract females. Two, to warn anything threatening it to get away from them. Males have horn-like antennae that they use to fight with. 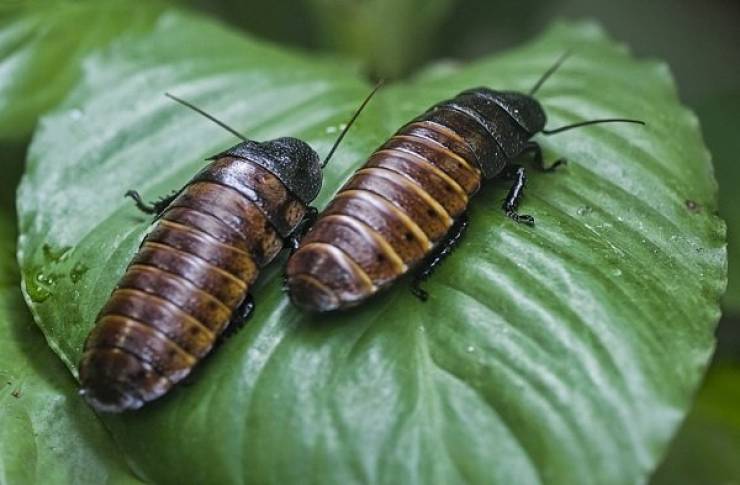 Fairly named after their resemblance to a juicy tomato, these frogs release a nasty secretion when threatened. If they find themselves really worried, they’ll even puff themselves up to make them harder to swallow. 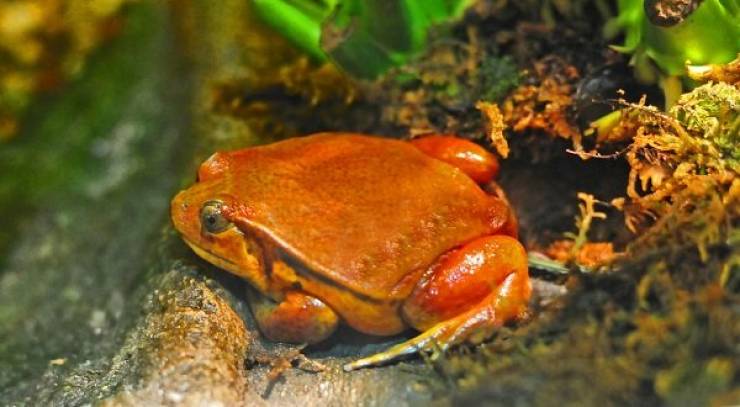 This bear/dog/cat looking guy is actually a close relative to the mongoose. While cute, they are considered to be apex predators that will eat pretty much anything they can get their paws on. 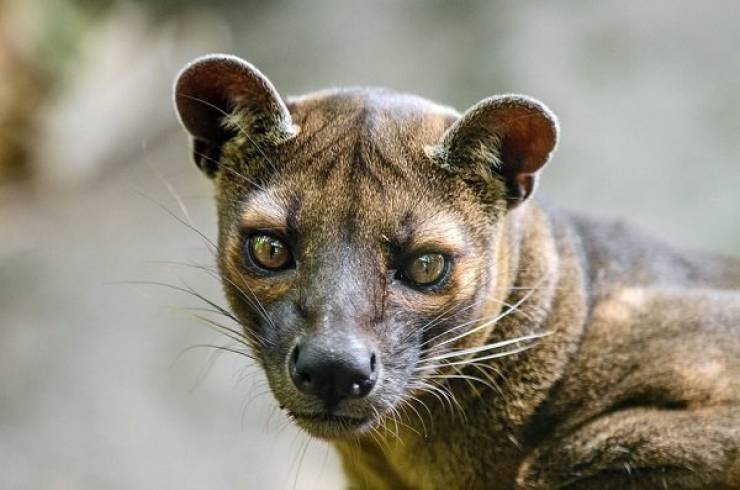 As evidenced by this photo, the Brookesia Chameleon is incredibly small. At most they grow to be approximately half an inch long. Having only been discovered back in 2012, not much is known about them other than the fact that they move around during the day and stay hidden atop the rain forest canopy at night. 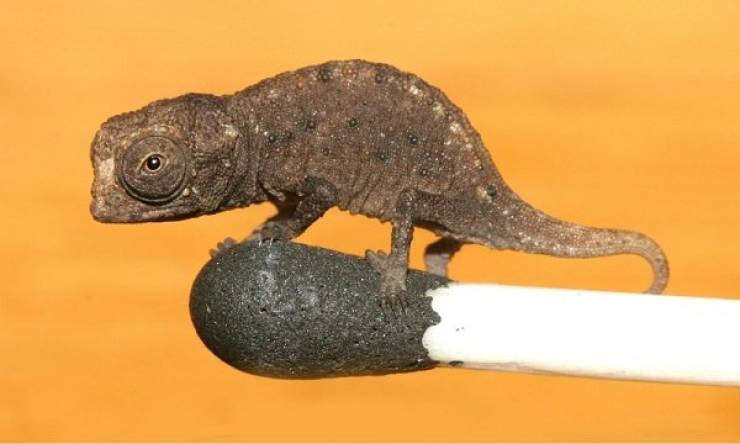 These beautiful moths typically live for about a week! Why? This is because their mouths and stomachs are virtually non-existent so they literally can not eat. Their sole purpose is to mate and then die. What a world. 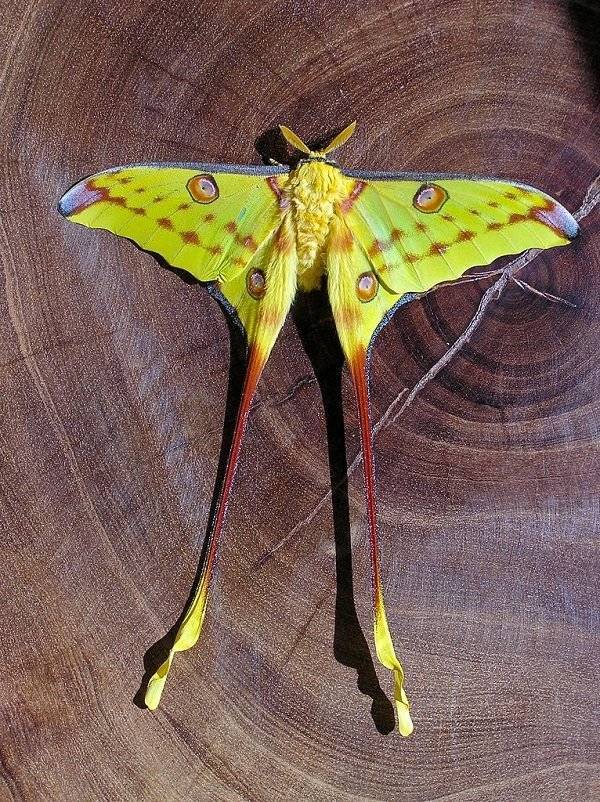 On Madagascar there are about 30 species of Tenrec. They aren’t technically rodents, but they are similar in many ways. They sure spread like rodents, giving birth to up to 32 babies each time. 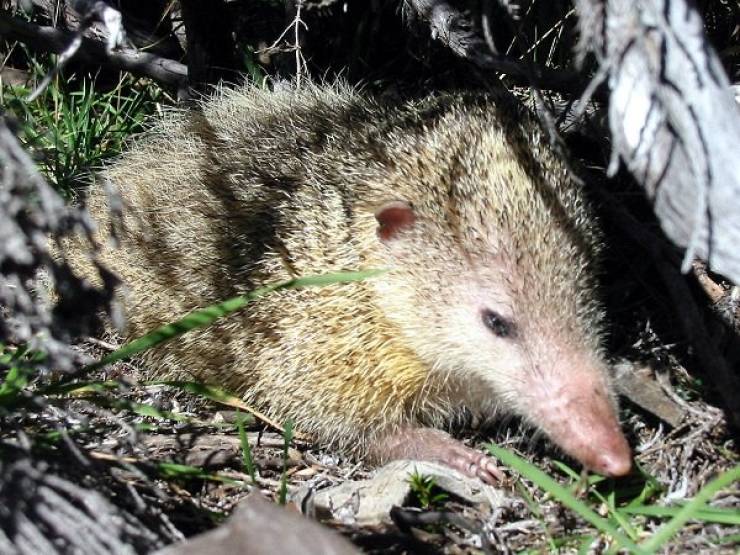 These chameleons are among the most beautiful on earth due to their massive size and bright colours. Their ability to change colours work both for communication purposes and camouflage purposes. 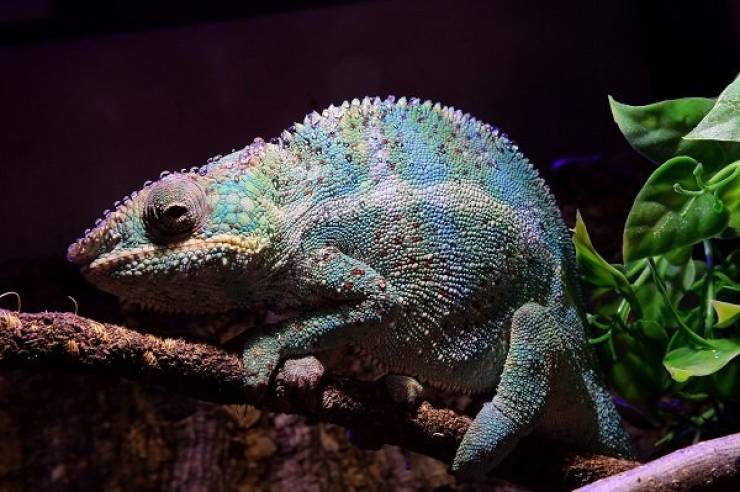