The dentist in Finding Nemo (2003) flushes the toilet and goes to work in his patient’s mouth without washing his hands. 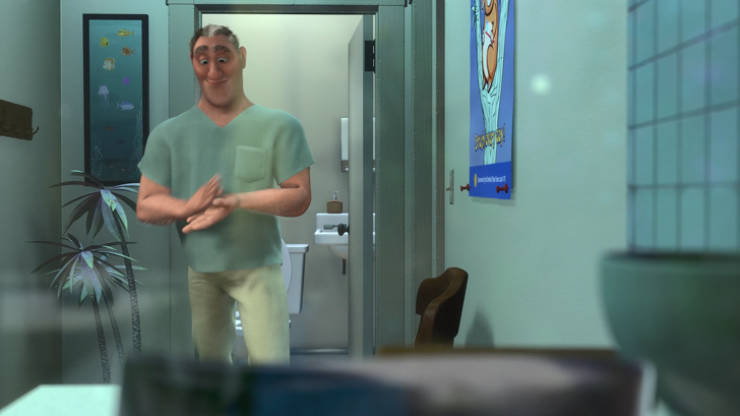 In Up (2009), Carl and Ellie’s furniture shape reflects their personalities. 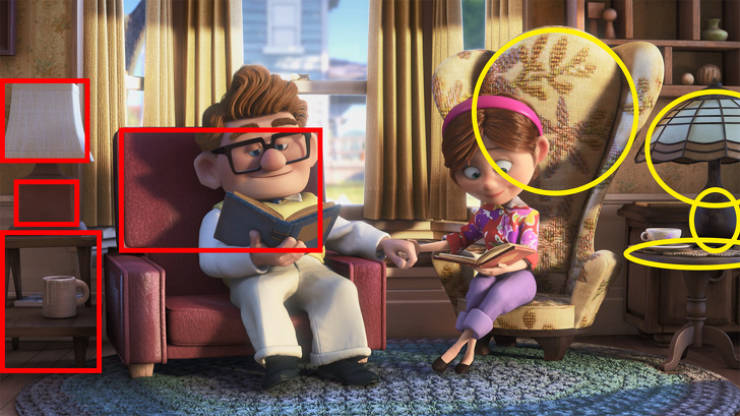 In Eternal Sunshine of the Spotless Mind (2004), the titles of the books in the bookstore scene aren’t visible because Joel can’t remember all of those details. 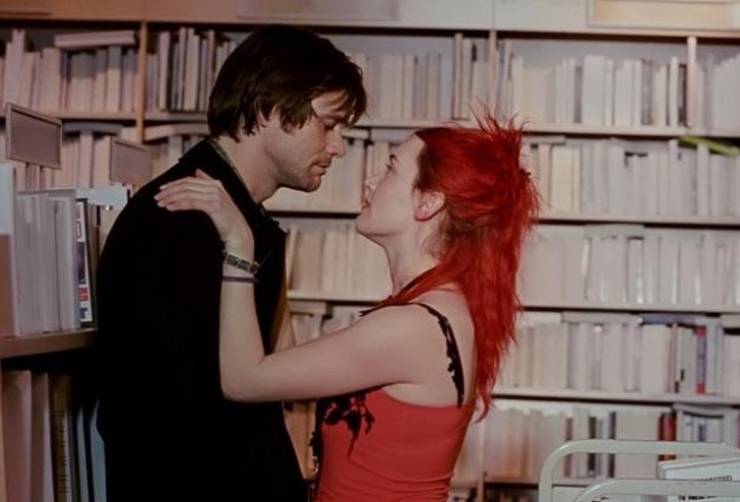 In Harry Potter and the Deathly Hallows: Part 2 (2011), even though he’s fighting on the other side, Snape is still helping the Order of the Phoenix.

In particular, this is seen when he not only doesn't attack, but also when he re-directs McGonagall’s spells to the Death Eaters behind him.

In WALL-E (2008), after lightning strikes the umbrella WALL-E is holding, the electricity from the bolt charges his battery back to full. 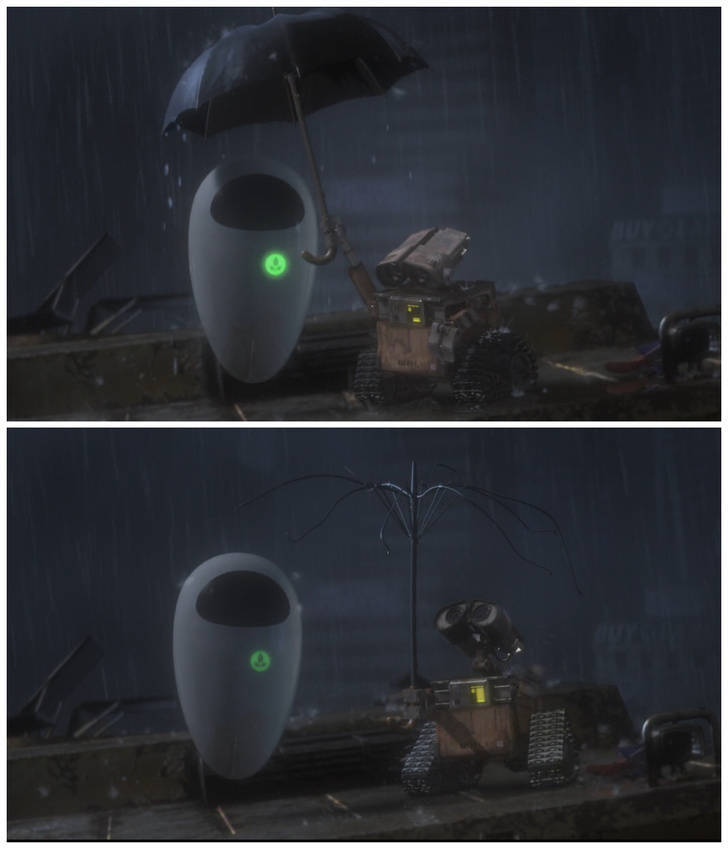 In Hercules (1997), the Fates tell Hades, "In 18 years precisely, the planets will align ever so nicely," but it only shows 6 planets. At the time the Greeks were only aware of 5 planets (plus Earth). 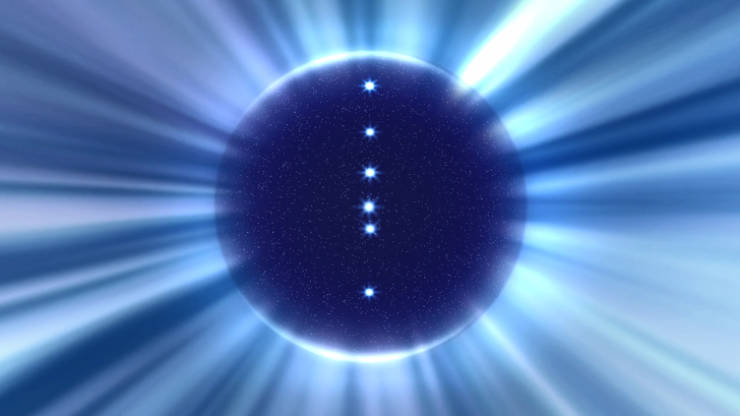 In The Truman Show (1998), the Moon is briefly illuminated by "lightning," hinting that it's much closer than it should be.

In Tangled (2010), whenever Mother Goethel expresses her "love" to Rapunzel, it is always to her hair and not directly to her. She kisses Rapunzel on the head and touches her hair whenever expressing her love. 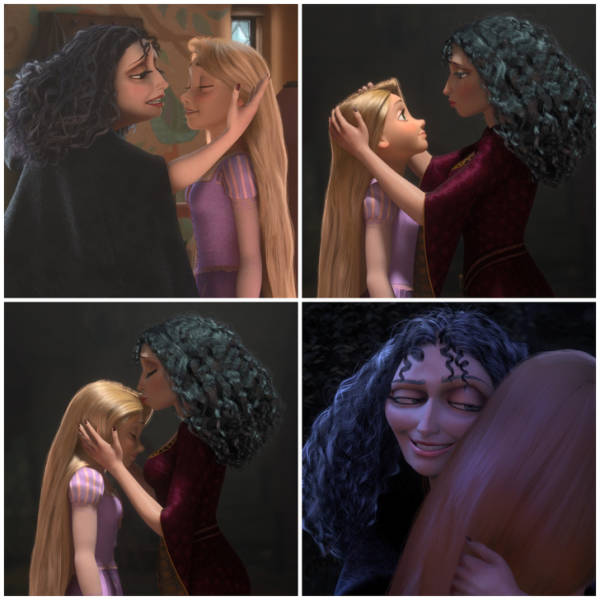 By contrast, whenever Flynn is being affectionate with Rapunzel, he always brushes her hair away, so he can see her face better. 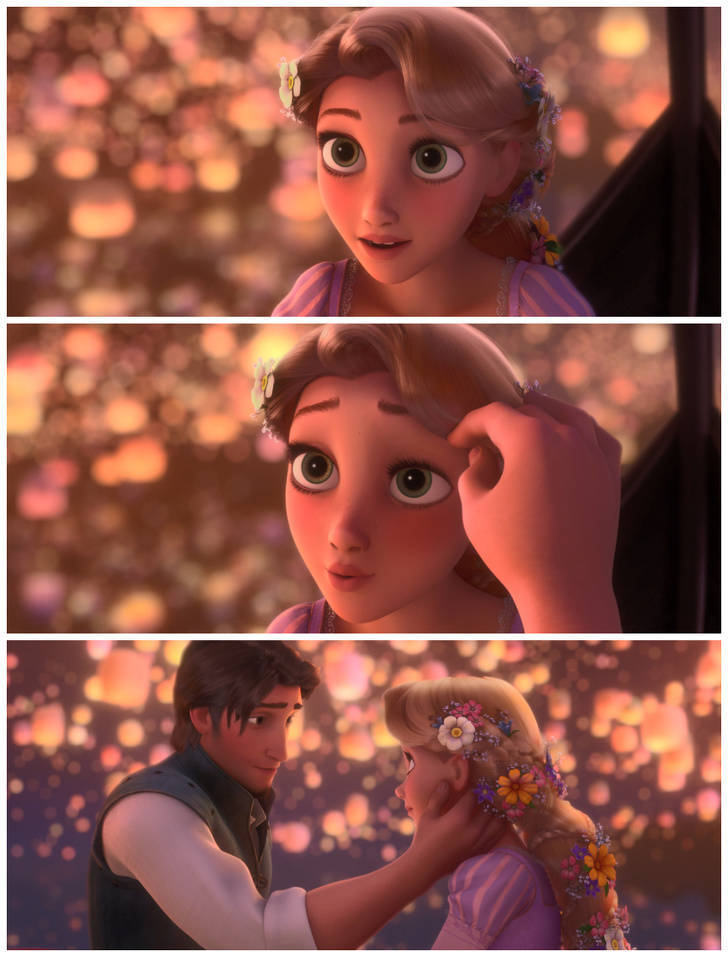 In Monster’s Inc. (2001) Mike has 3 sticky note reminders to file his paperwork in his locker, which he later still forgets to do. 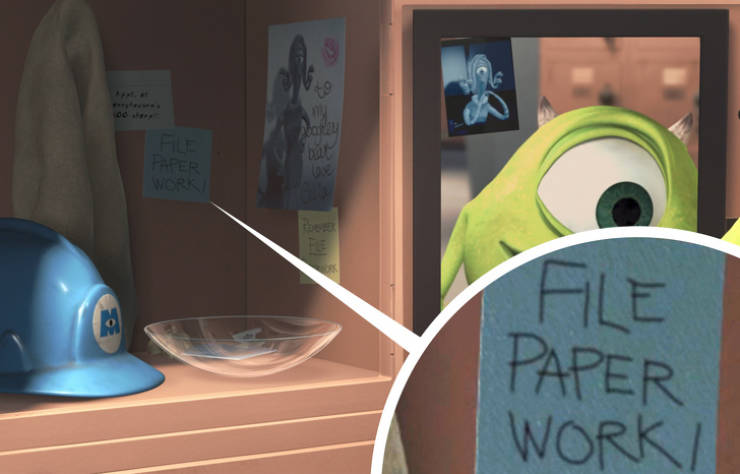 In WALL-E (2008), the captains of the spaceship served for more than a hundred years, which indicates an increase in life expectancy. 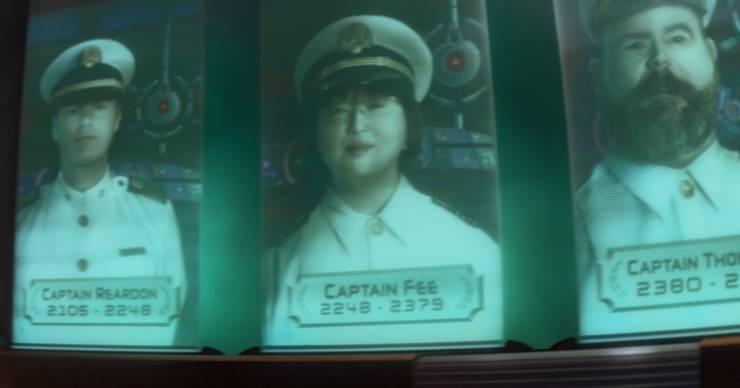 You can also notice how their body type changed due to their way of life.

In Wreck-It Ralph (2012), the arcade's sign wishes "Svzy" (Suzy) a happy 5th birthday. In Ralph Breaks the Internet (2018), the sign wishes her a happy 11th birthday, indicating the 6 years that passed between the movies. 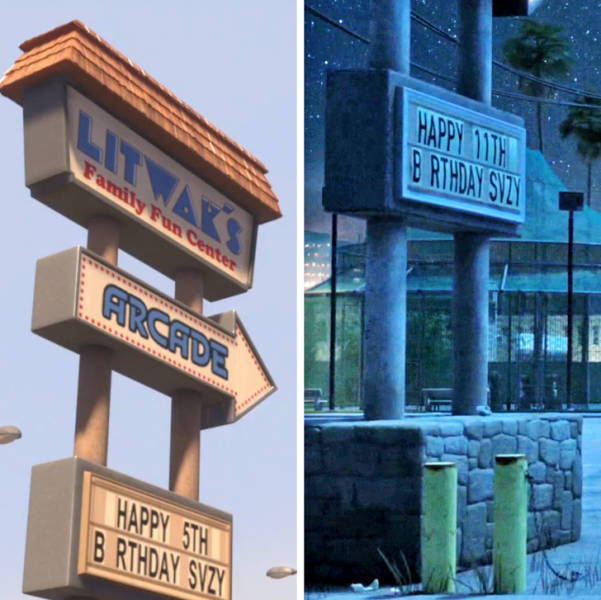 In Brave (2012), the family tapestry illustrates the changes in the relationship between Merida and her mother. 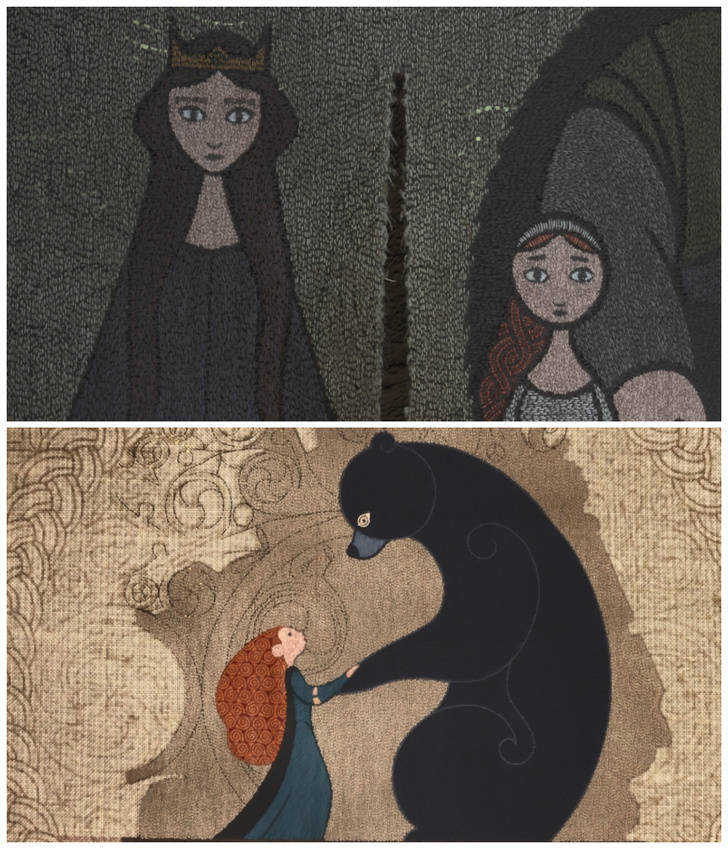 In the family tapestry, which is woven by Elinor in the beginning of the movie, the image of Merida has braided hair just like her mother's. In the end her and Merida are weaving a new tapestry together, where they wear their hair down, which shows Elinor’s acceptance of her daughter's personality.

In Beauty and the Beast (1991), you can see little skulls in Gaston's eyes as he falls from the tower to his death. 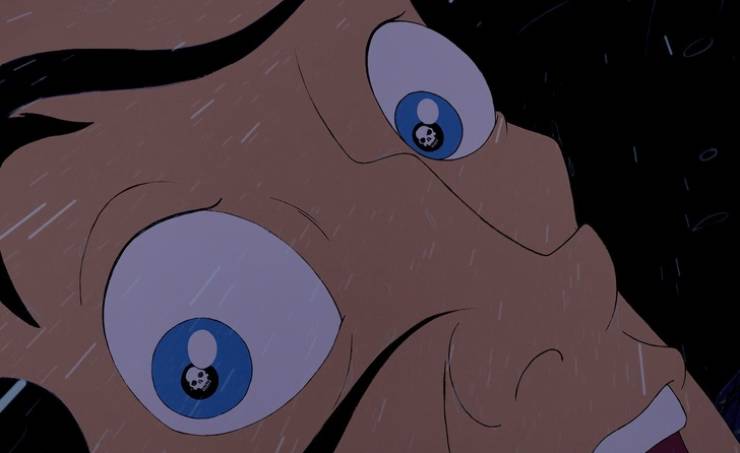 In the movie A Quiet Place (2018), almost all of the shelves in the grocery store are empty except for the ones with rustling bags. This is because people didn't want to risk making noise when opening them. 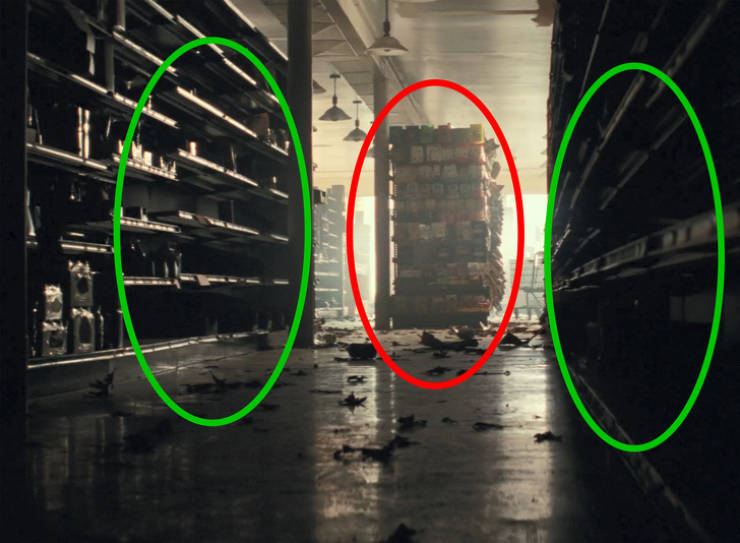 In Inside-Out (2015), in Imagination Land, the house of cards has face cards of Riley and her parents. 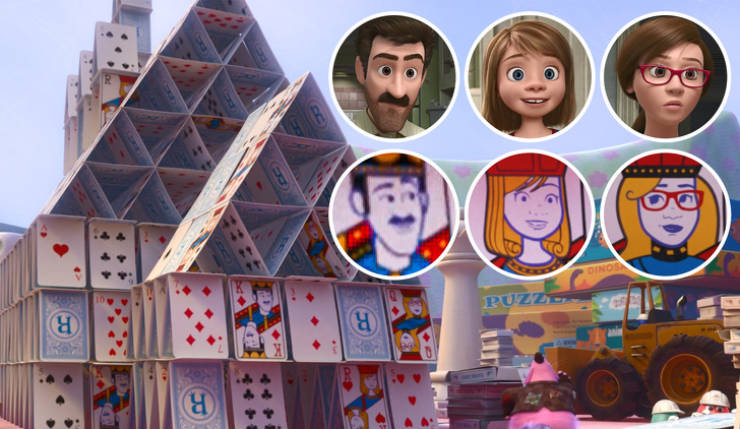 All of the superpowers in the movie The Incredibles (2004) reflect their characters’ feelings on life. 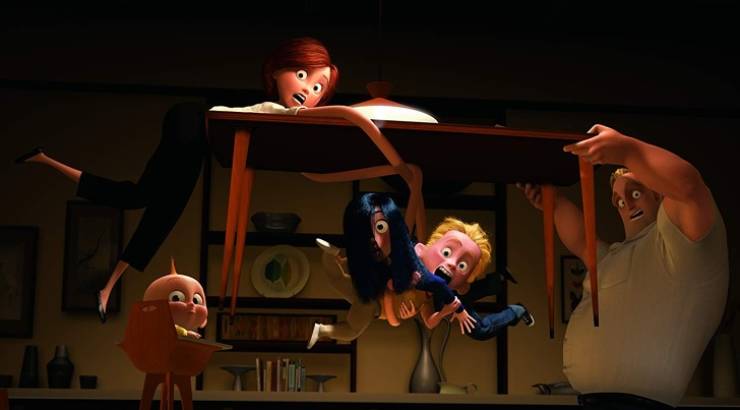 Mr. Incredible wants to be strong enough for everyone, Elastigirl has to flex in many different directions since she has 3 children to look after, and a husband. Violet tries to hide by going invisible, Dash has super-speed which reflects how active he is, and although Jack-Jack is just a baby and has nothing at first, he ends up with having multiple powers because he has many opportunities.

In Harry Potter and the Sorcerer's Stone (2001) when Oliver Wood releases the Golden Snitch, Harry can track its direction perfectly while Oliver looks around. This shows Harry's natural instinct for being a seeker. 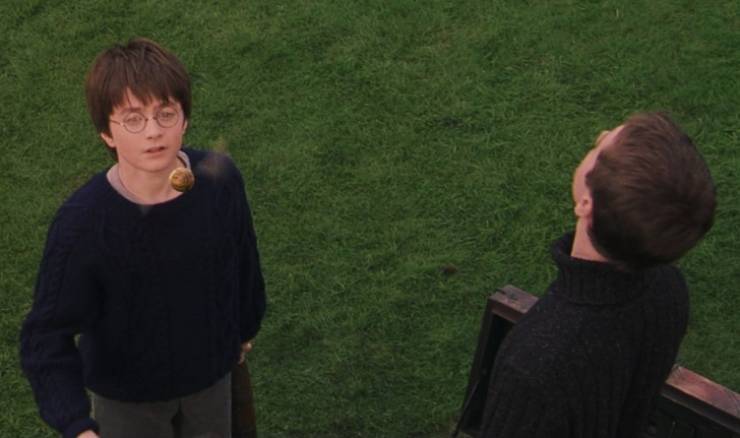 In Shrek (2001), the moment when Shrek is being shot with an arrow signifies the moment that he falls in love with Fiona. 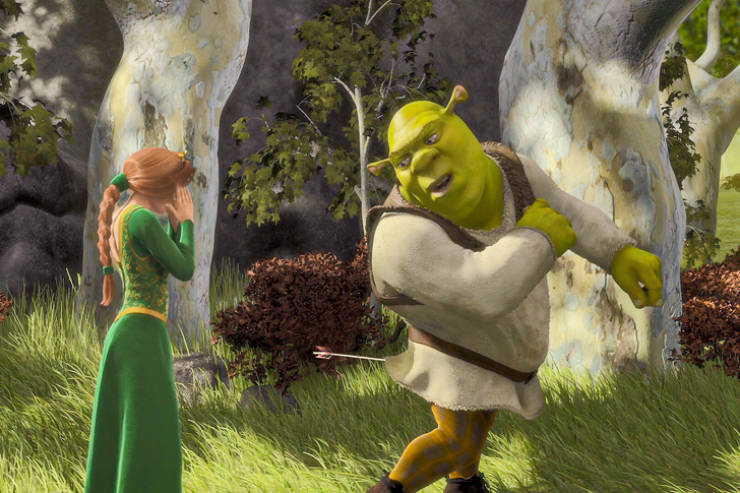 There's an explanation for why Lilo in Lilo & Stitch (2002) feeds the fish her sandwiches. 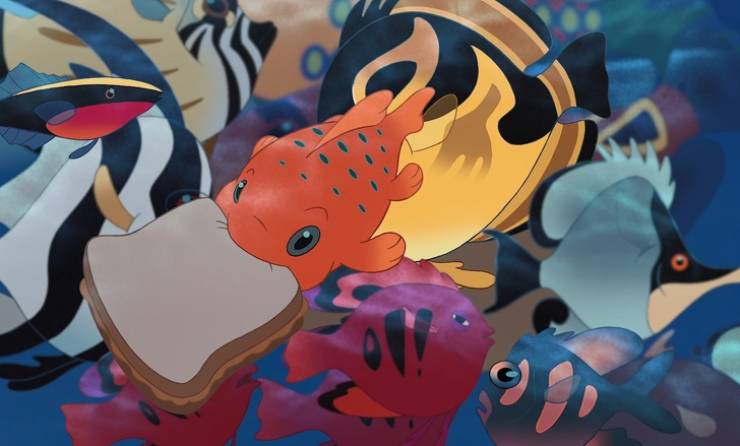 Lilo believes Pudge the fish controls the weather. Since her parents were crushed in a car accident that was caused by treacherous rain, she feeds him sandwiches to appease him, in hopes that another accident like the one that killed her parents won't happen again.

In the Pirates of the Caribbean movies (2003-2017), Captain Jack Sparrow doesn't always stagger because he is constantly drunk, but more so because he has sea legs. 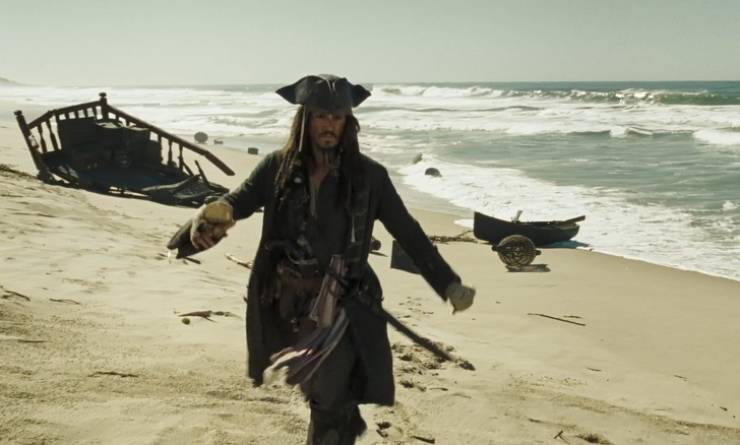