Looks Like Chris Is In Some Deep Trouble (5 pics) 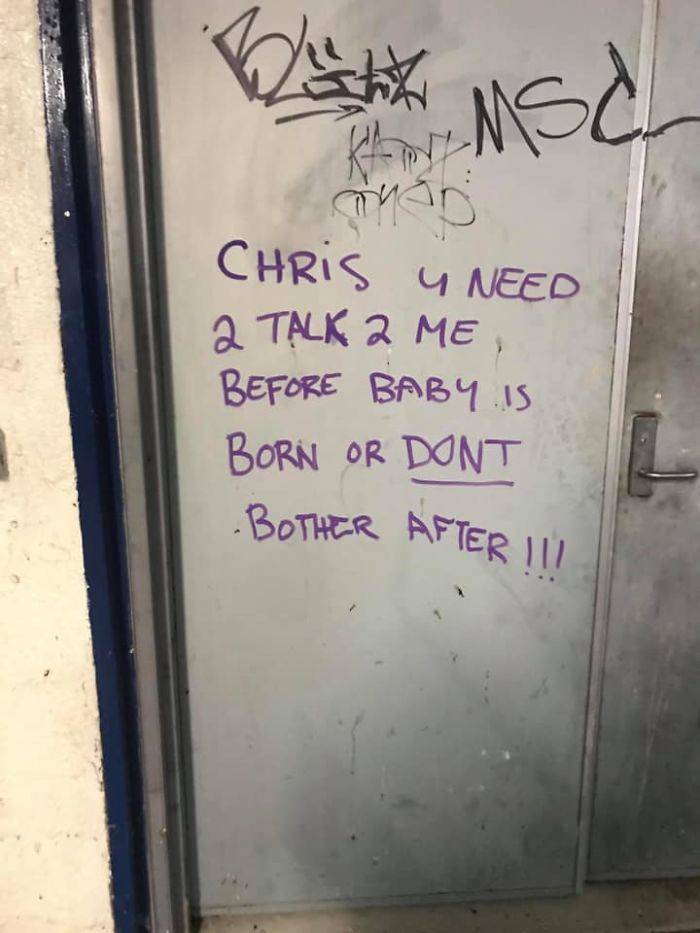 A short message spray-painted with purple dye saying “Chris, you need to talk to me before the baby is born or don’t bother after!” was found all over the Melbourn suburb called Frankston. As more and more of them popped up, people started sharing photos of them on various social media as well as “Snap Send Solve” – an app for resolving maintenance issues. 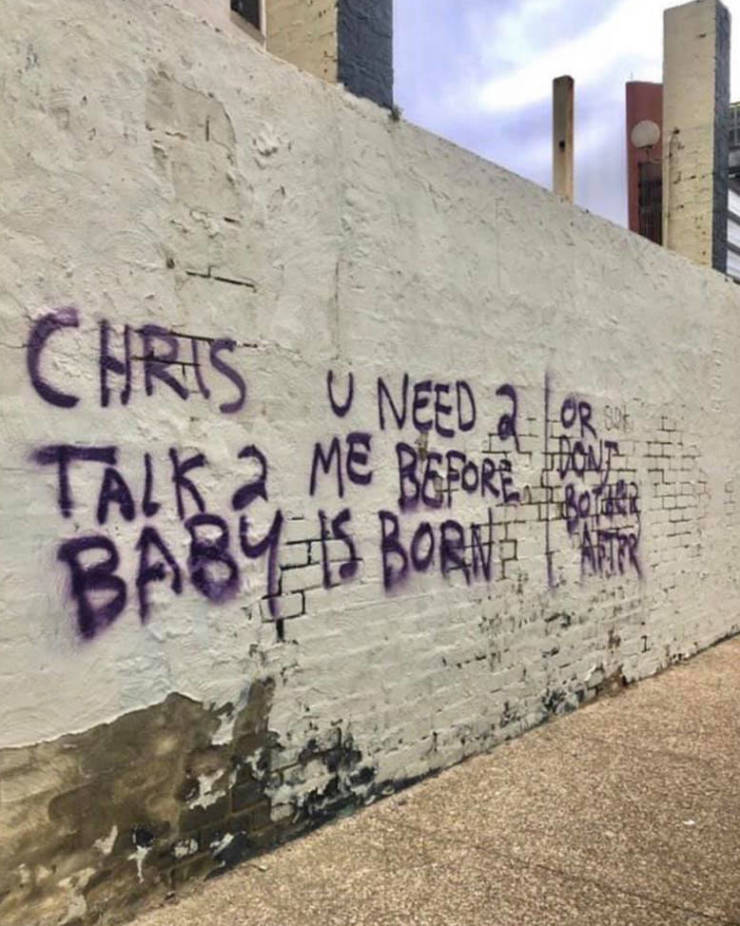 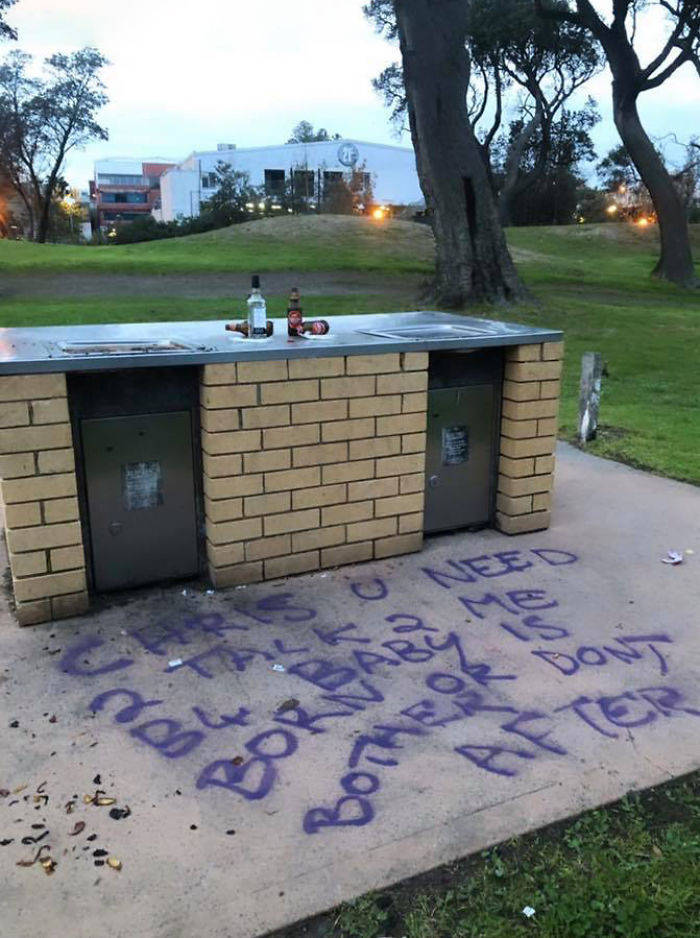 It is said she already had her baby at 30 weeks but whether her baby’s daddy has called still remains a mystery. The people who shared the graffiti photos are not sure of how the story developed and only posted the pictures because of being frustrated with such careless vandalism.

Who has been charged in relation to this graffiti series 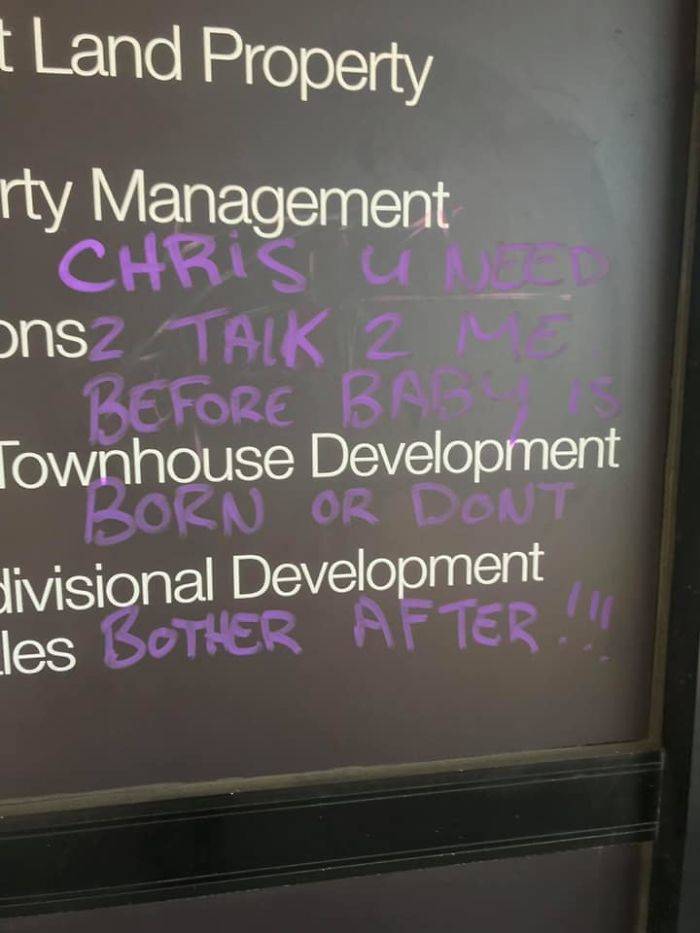 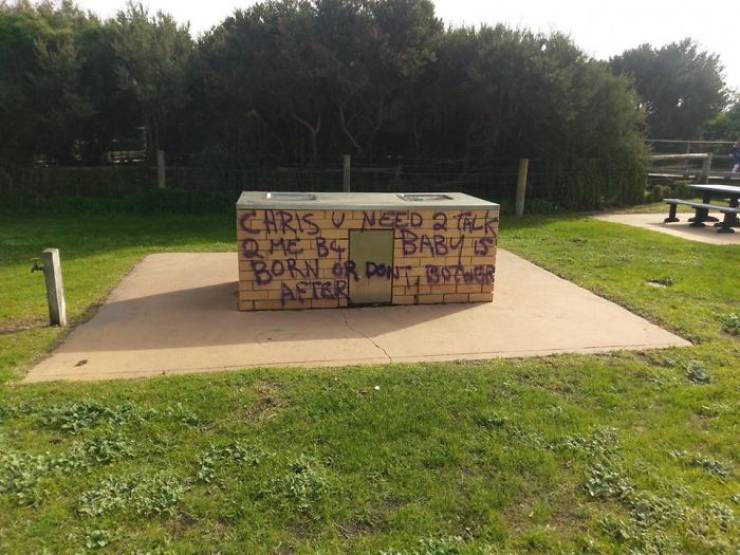 Even though it sparked lots of interest amongst people, the messages were soon removed and the news spread of a heavily pregnant 36-year-old woman arrested and charged with criminal damage, wilful damage, graffiti and committing an indictable offense while on bail.