Did You Spot These Cameos In Famous Cartoons? (24 pics)

It’s not just cartoons that appear in Ralph Breaks the Internet...

You know SpongeBob made it big when he guest-starred on The Simpsons. 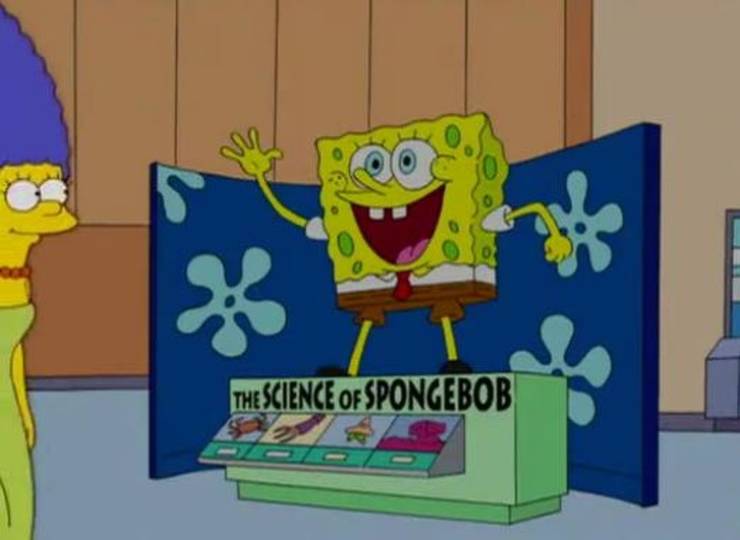 Adam West and Burt Ward (who played Batman and Robin) reunited in this Futurama episode. 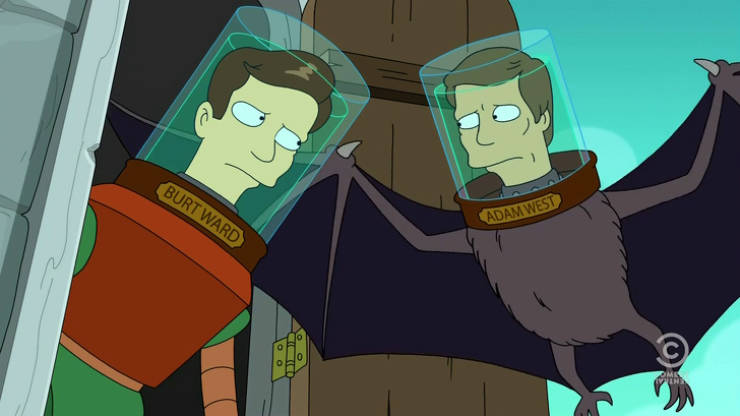 Lady and the Tramp make a brief appearance in 101 Dalmations. 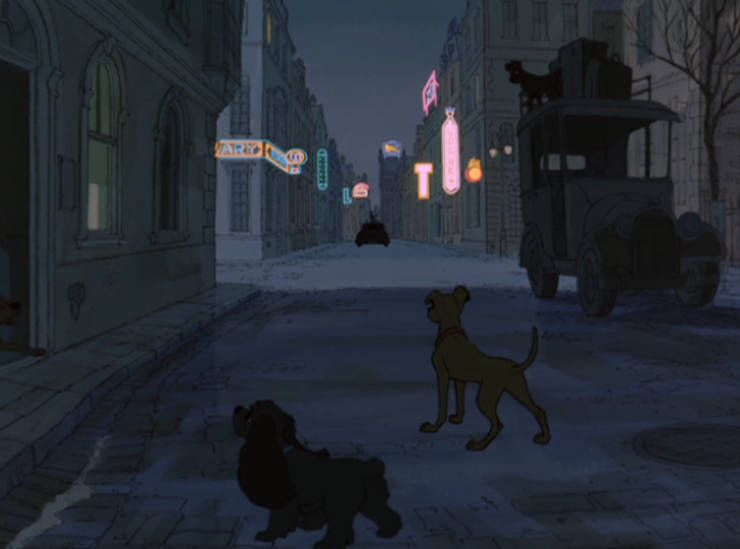 Bambi’s mother has had quite a career. Here she is in The Sword in the Stone. 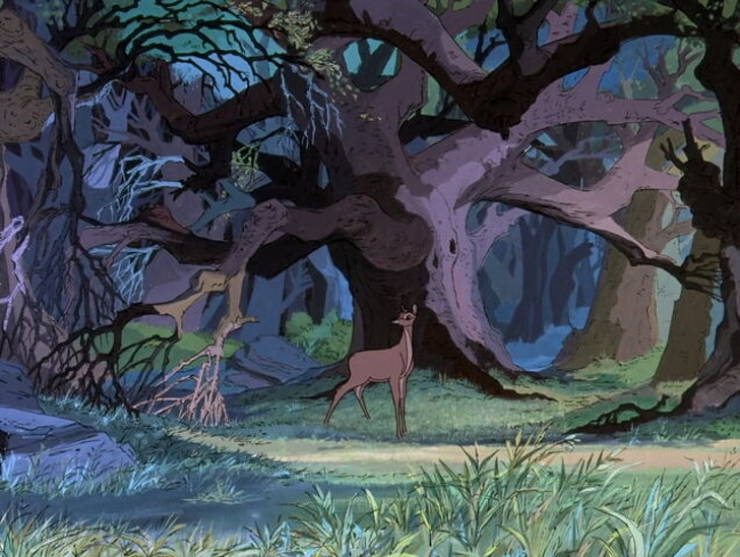 Does this Little Mermaid from A Goofy Movie look familiar to anyone? 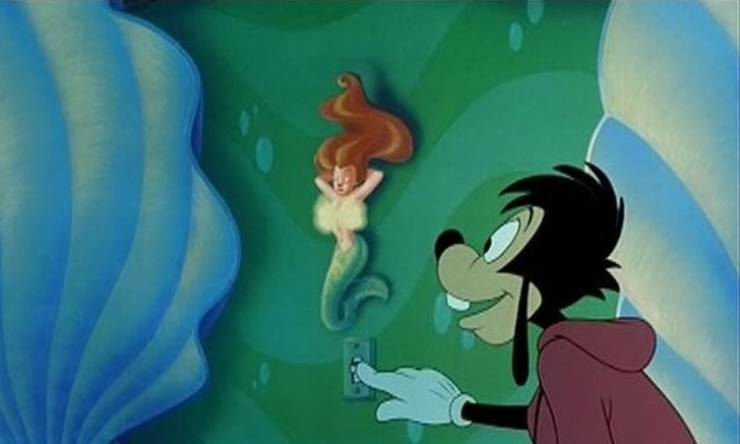 Cinderella’s father-in-law and the Grand Duke were invited to a wedding in The Little Mermaid. 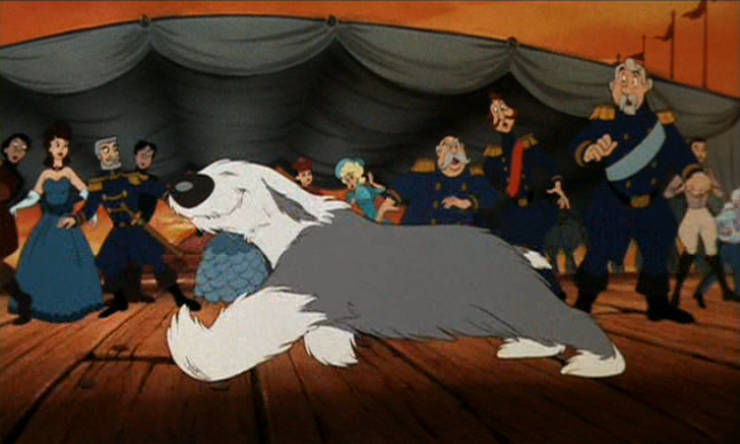 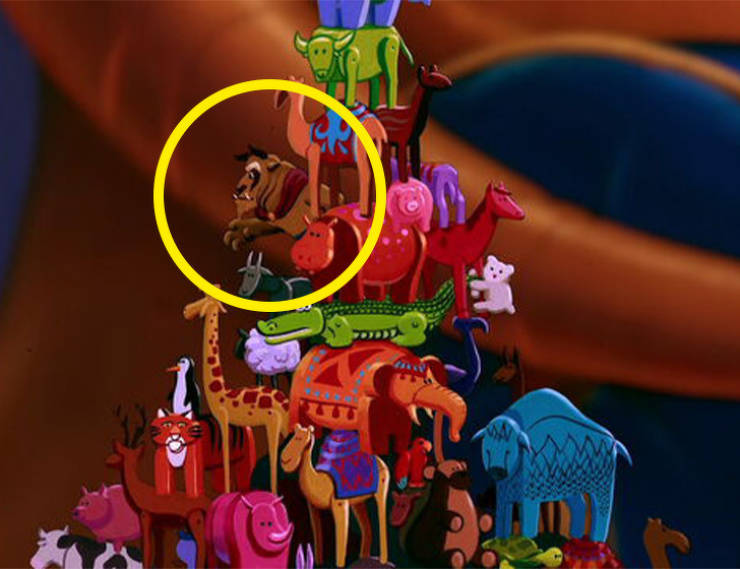 Look at the bottom right corner. Belle is reading a book in The Hunchback of Notre Dame. 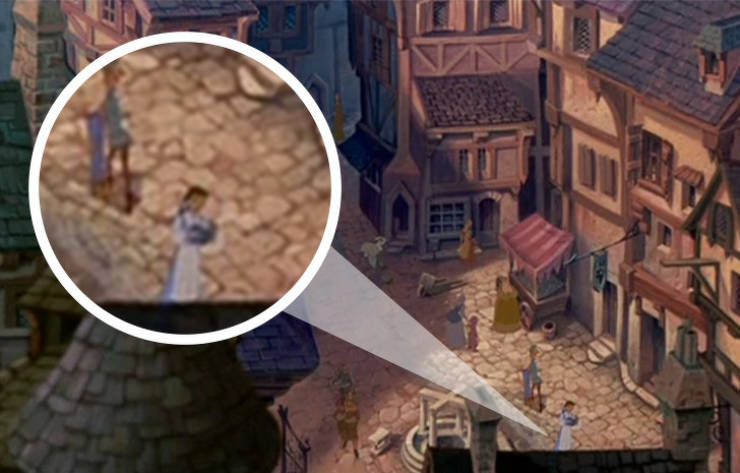 Rapunzel and Flynn Rider appear at the coronation in Frozen. 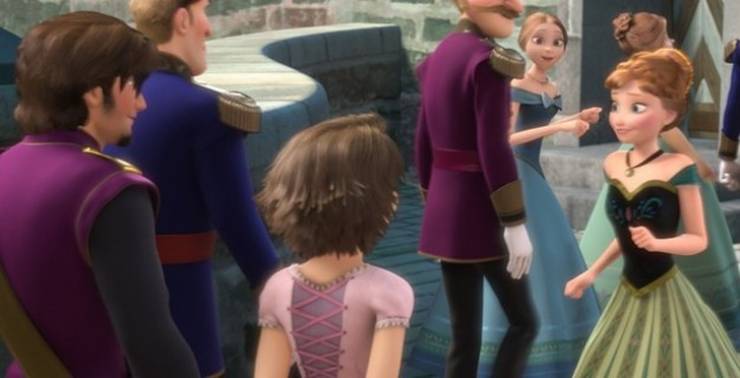 Just look at these bootleg movies from Zootopia. The giraffe one is for an unmade Jack and the Beanstalk movie.

Flounder from The Little Mermaid appears as a fish in Moana. 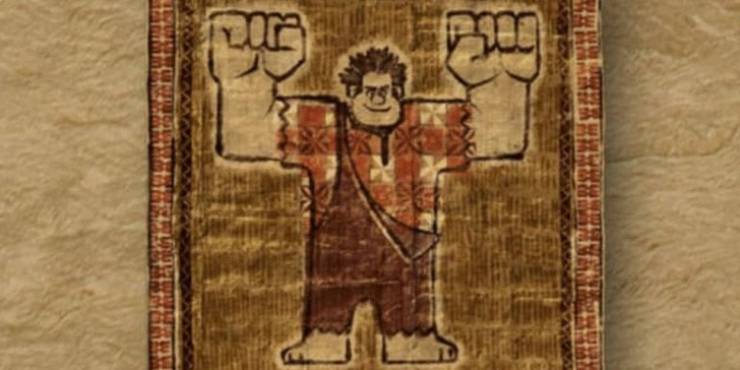 Those Mickey Mouse cartoons are full of old friends! 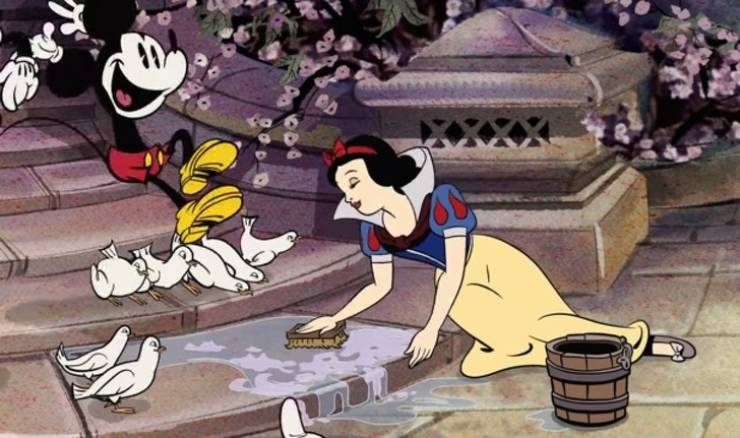 The Powerpuff Girls (or animals cosplaying as them) appear in Chowder. 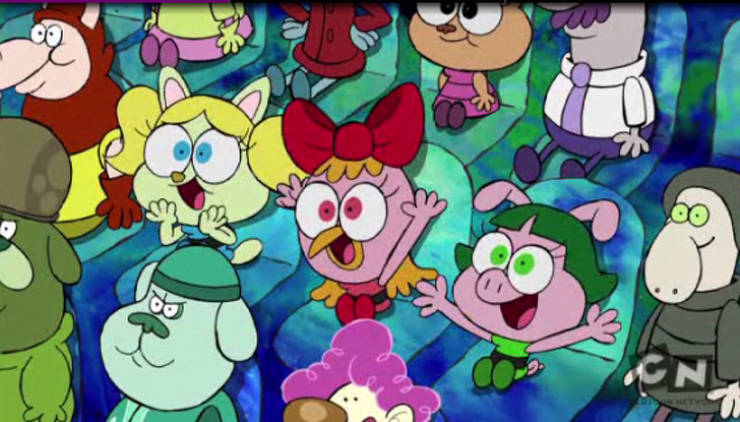 Then again, maybe Townsville is a sister city. 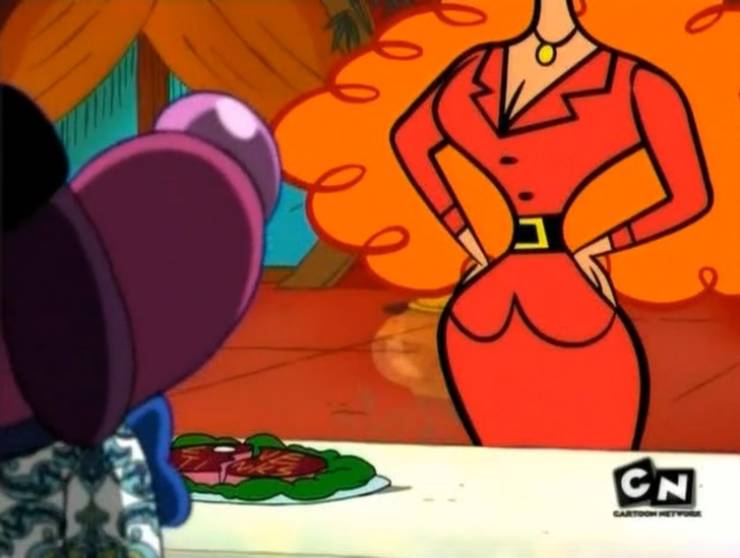 If he’s so smart, why is Dexter still in kindergarten with the Powerpuff Girls? 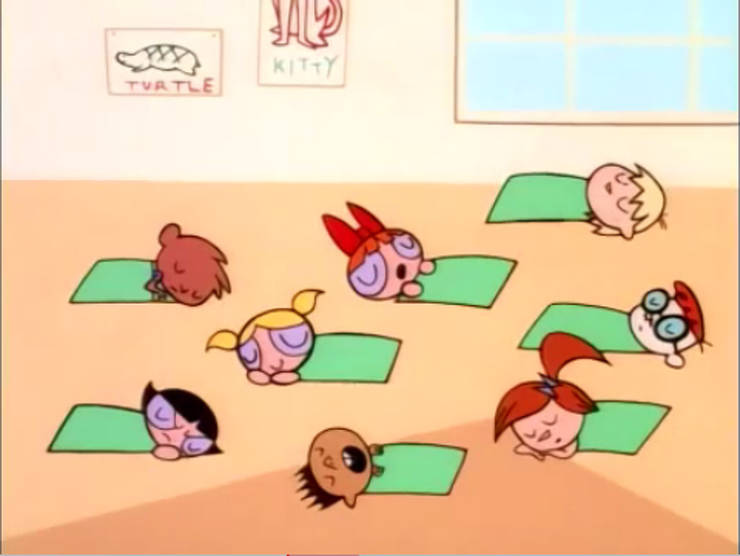 Olaf from Frozen made a quick appearance in Big Hero 6. 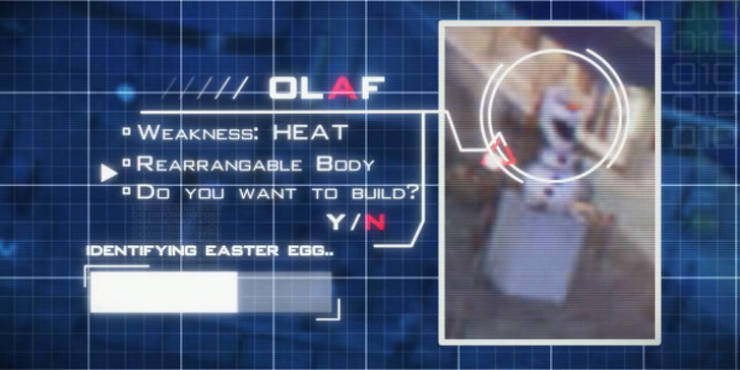 King Triton (from The Little Mermaid) appears as a Mardi Gras parade float in The Princess and the Frog. 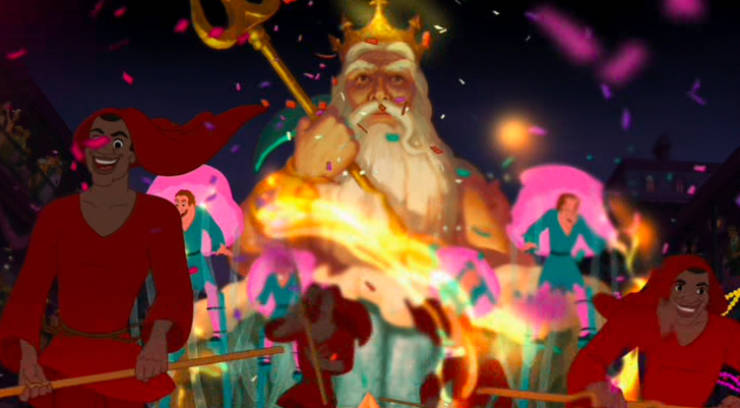 Cricket Green from Big City Greens is a plush toy in Amphibia. 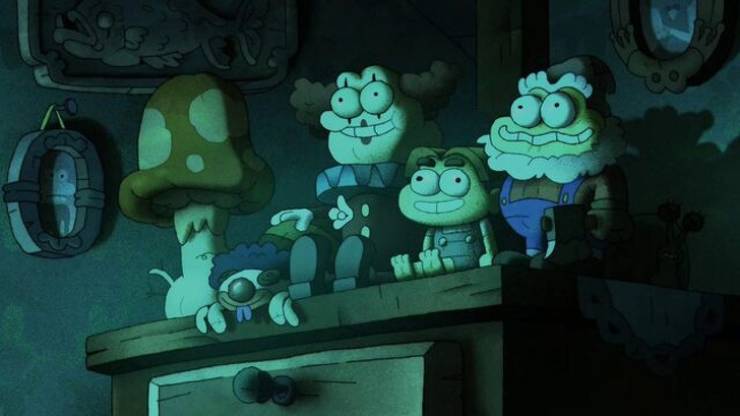 Who would have guessed Soos from Gravity Falls would channel his inner-Gumby? 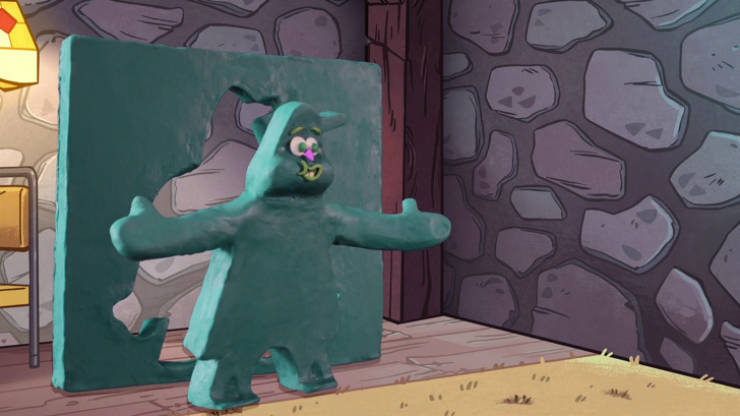 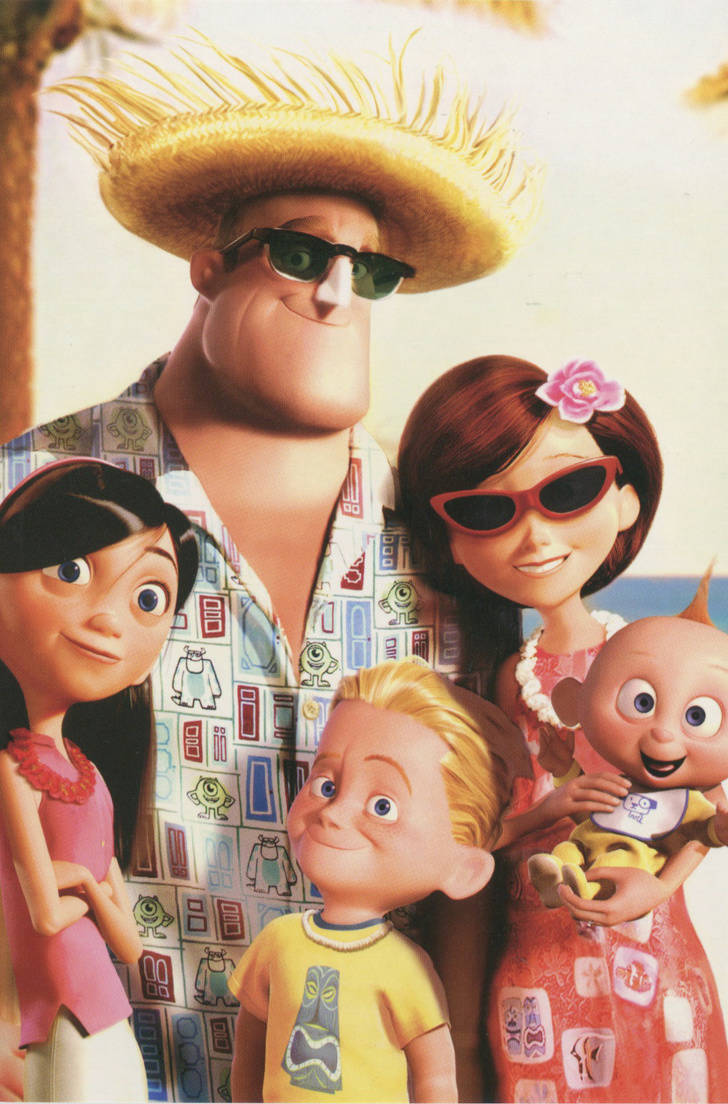 Bonus: Animated characters can also appear as live-action versions of themselves. Sleeping Beauty, Belle, and Tiana appear at Cinderella’s ball.
24