You Missed These “Harry Potter” Details, Didn’t You? (28 pics)

In Harry Potter, the door to Dumbledore's office is a revolving Griffin. It's, quite literally, a Griffin door. 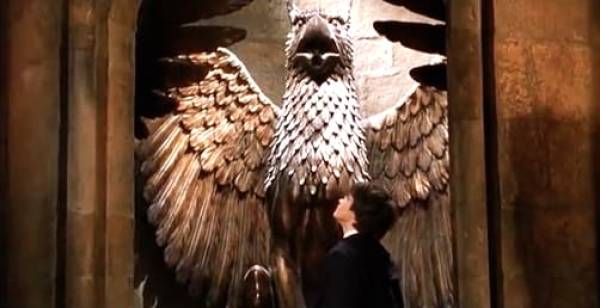 In The Sorcerer's Stone, you can see Aunt Petunia dying Dudley's old clothes gray for Harry's uniform. This was never said aloud, but is a scene from the books.

In The Sorcerer's Stone, Neville Longbottom receives a Remembrall, but he iconically says, "I can't remember what I've forgotten." Notice, he's the only one not wearing his cloak. 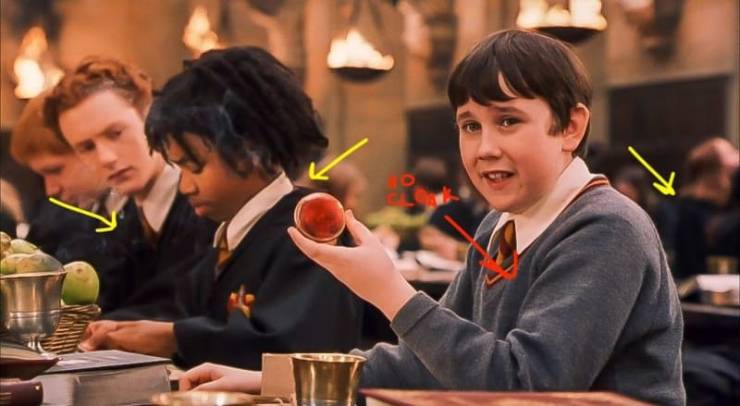 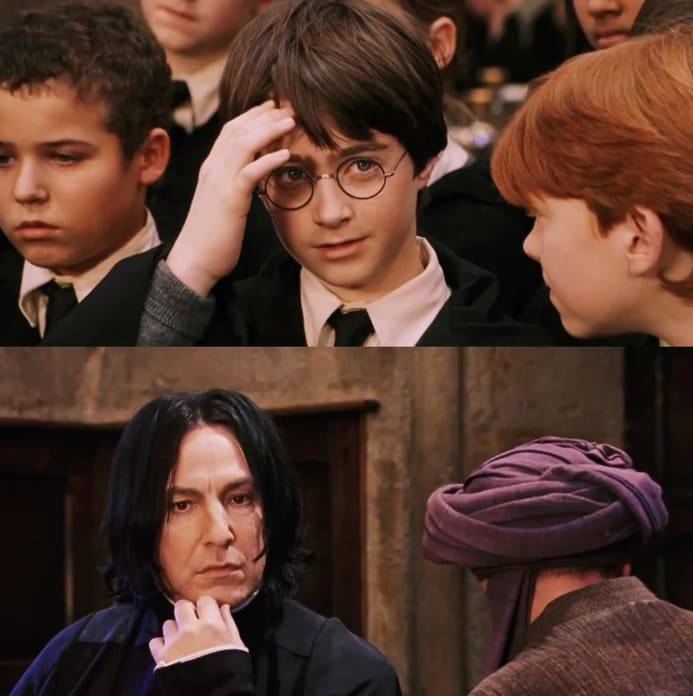 In The Sorcerer's Stone, a young Julianne Hough played an unnamed Hogwarts student. 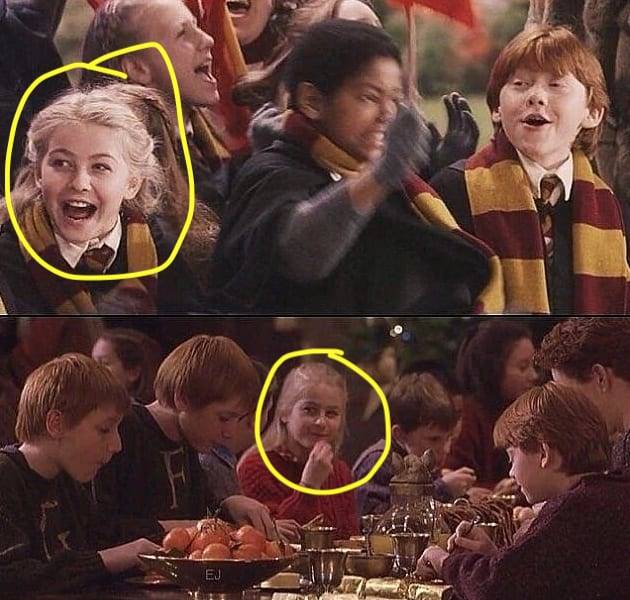 In The Sorcerer's Stone, Voldemort appears in the credits as "He Who Must Not Be Named." 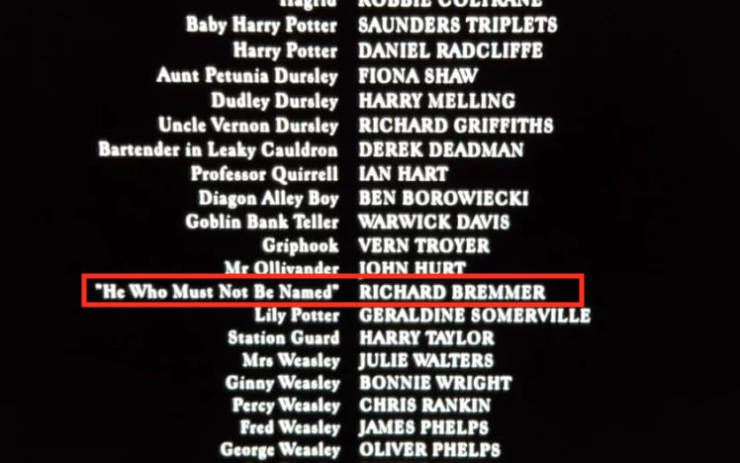 In The Chamber of Secrets, on the clock Mrs. Weasley has to tell her where her family is, one of the options is "prison."

Also, one of the options is "dentist" even though those don't exist in the Wizarding world — Hermione has to explain to Slughorn what they are in The Half-Blood Prince. This little addition was for Mr. Weasley because he's a Muggle-enthusiast. 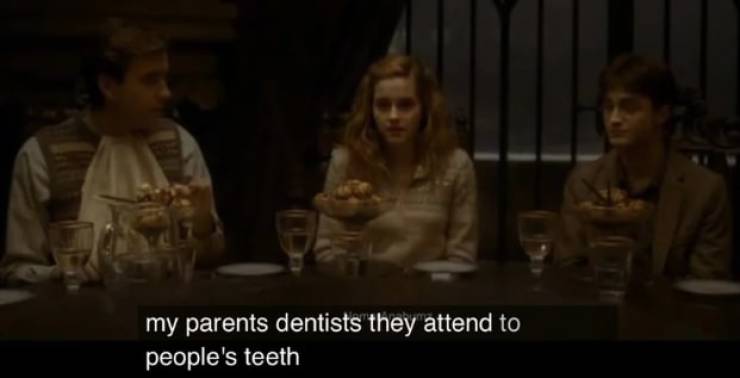 In The Chamber of Secrets, when Hagrid finds Harry in Knockturn Alley, you can see a row of J.K. Rowling's Harry Potter books in the windowsill. 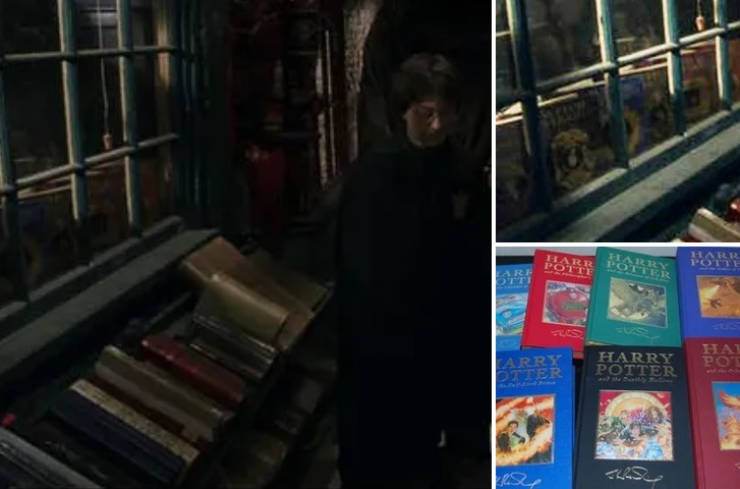 In The Chamber of Secrets, you can see that Ron's robes are noticeably dingier than everyone else's because he most likely got them second-hand or used. 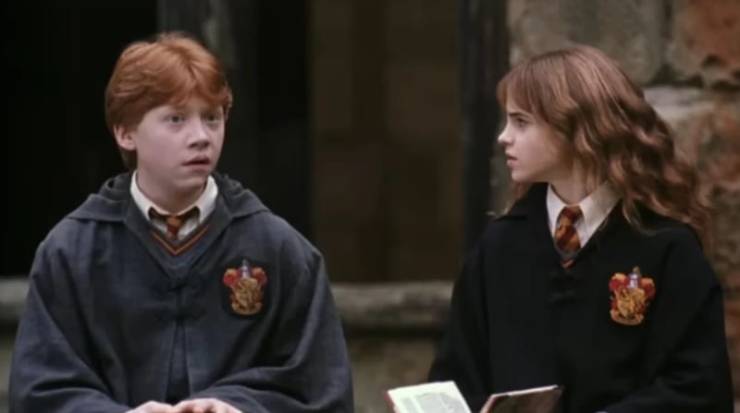 In The Chamber of Secrets, Harry tells Dobby to never "try" to save his life again. In Deathly Hallows: Part 1, Dobby doesn't try, but succeeds in saving Harry's life, and loses his in the process.

In The Prisoner of Azkaban, the reason why The Leaky Cauldron was so dirty is because the broom kept sweeping the dirt under the rugs. 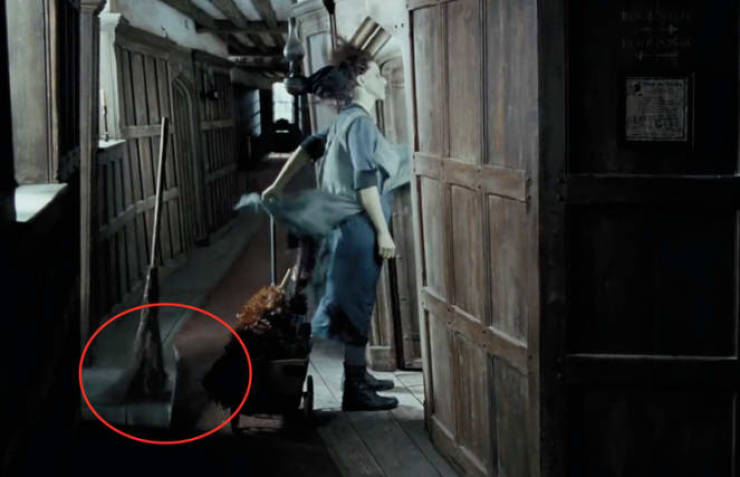 In Prisoner of Azkaban, you can see what appears to be a portrait of Voldemort in the Grand Staircase.

In Prisoner of Azkaban, you can see Newt Scamander on the Marauder’s Map. Newt is the protagonist in Fantastic Beasts and Where To Find Them. 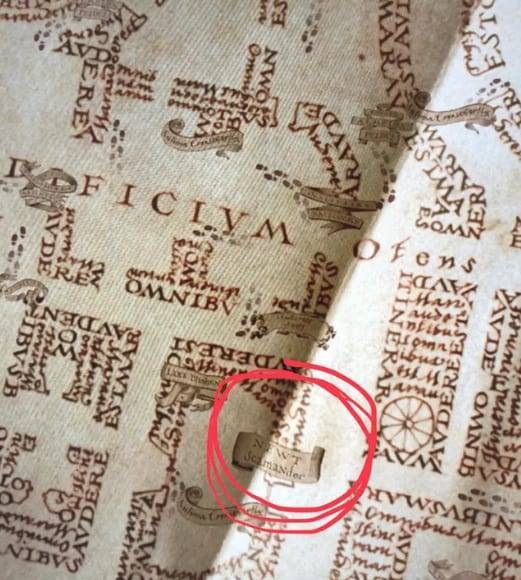 In Prisoner of Azkaban, you can see Neville hide behind a rock to avoid riding Buckbeak.

In Prisoner of Azkaban, you can see Malfoy hit Neville with the arm that Buckbeak injured. Malfoy claimed the injury was so dire, Buckbeak had to be executed for it. Clearly it wasn't that serious. 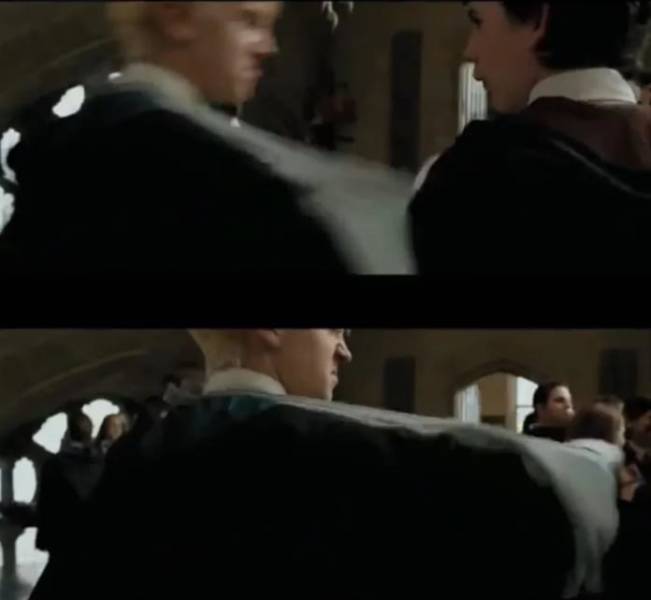 In Prisoner of Azkaban, you can see a box of Cheeri-Owls, a spoof of Cheerios. 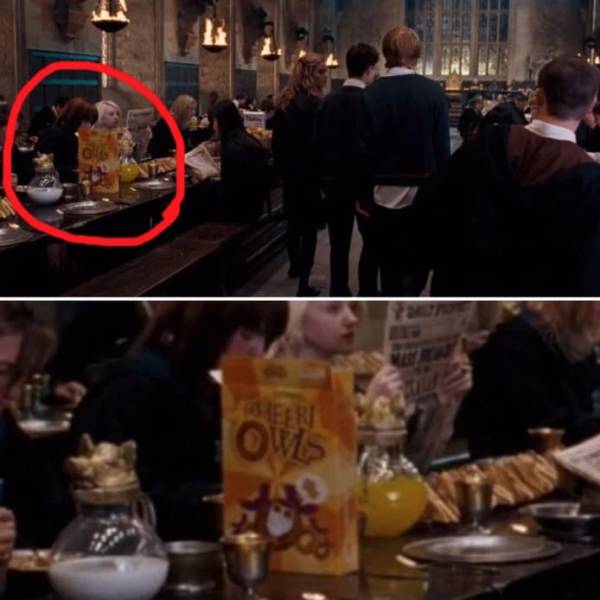 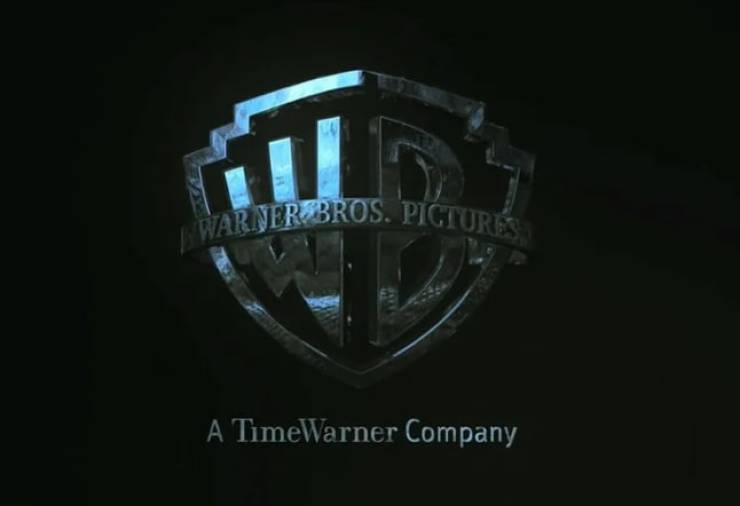 In The Goblet of Fire, you can see a now-free Dobby VERY BRIEFLY at the camp where Harry & Co. stayed for the Quidditch Wold Cup. 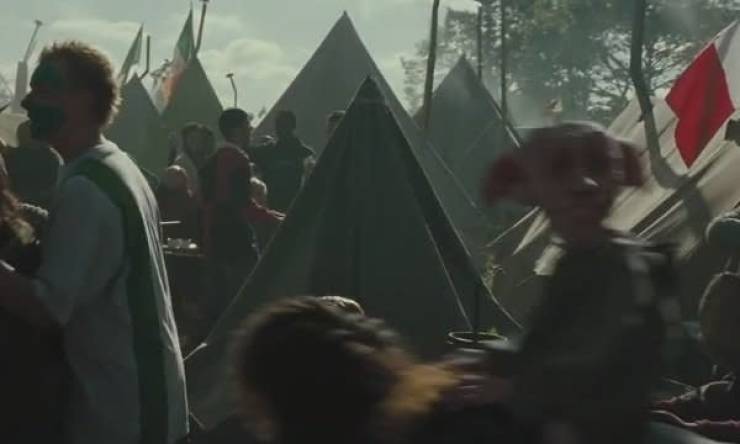 In The Goblet of Fire, you can see a 3D replica of the Deathy Hallows symbol in Dumbledore's office.

In Order of The Phoenix, the more power Dolores Umbridge obtains, the darker pink her clothes get.

In Order of the Phoenix, when Harry disarms Lucius, Sirius says, "Nice one, James." This is something he said to Harry's father when he did the same thing to Snape when they were children. 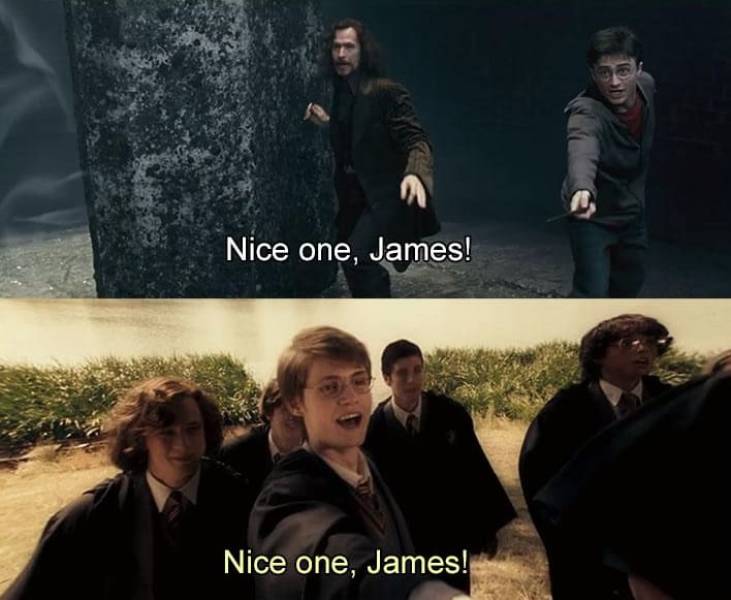 In The Half-Blood Prince, while Slughorn is disguised as a chair, you can see his feet, which gives him away. 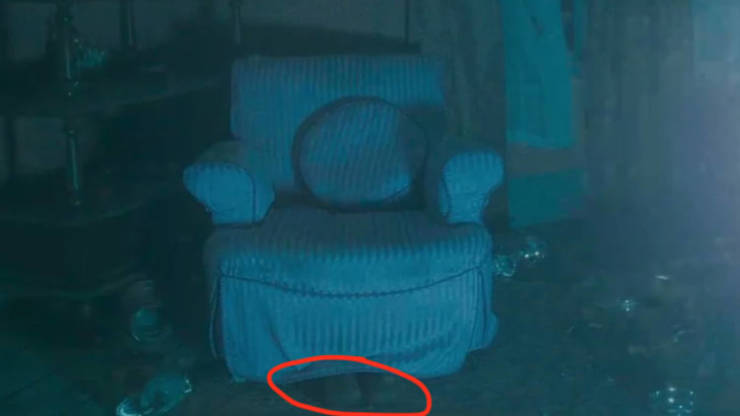 In The Half-Blood Prince, you can see a picture of the cave where Tom Riddle hid his Horcrux in his childhood bedroom.

You can also see seven rocks on Tom's windowsill, foreshadowing that he's going to split his soul into seven Horcruxes. 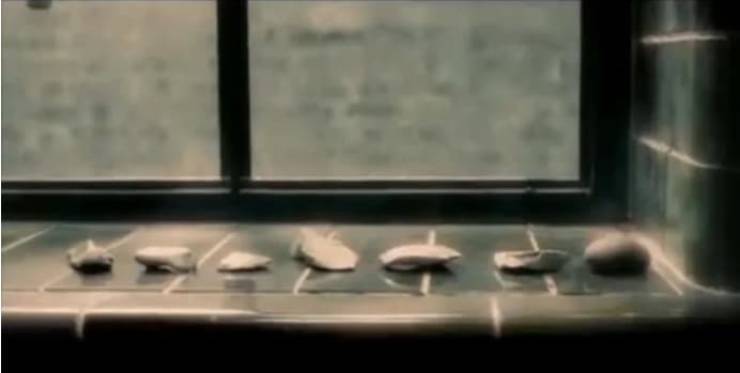 In Deathly Hallows: Part 2, before Professor Slughorn leaves the castle to go cast the defense shield with the others, he drinks a vial of Liquid Luck. 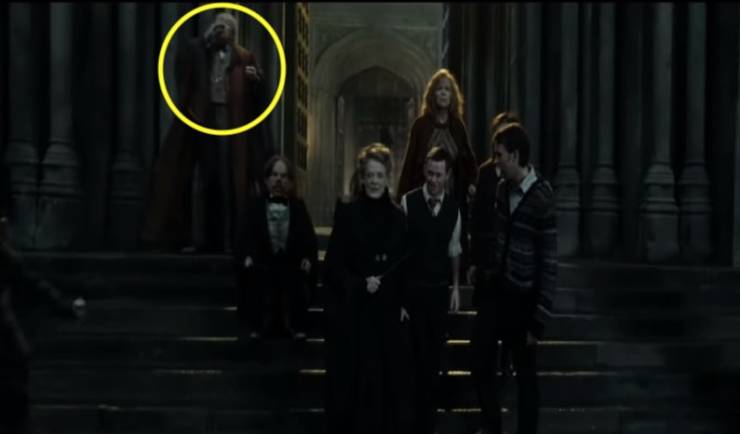 In Deathly Hallows: Part 2, Harry, Ron, and Hermione face a troll, spiders, a werewolf, and dementors. All four of these adversaries are references to the beasts they had to fight in movies 1–3. 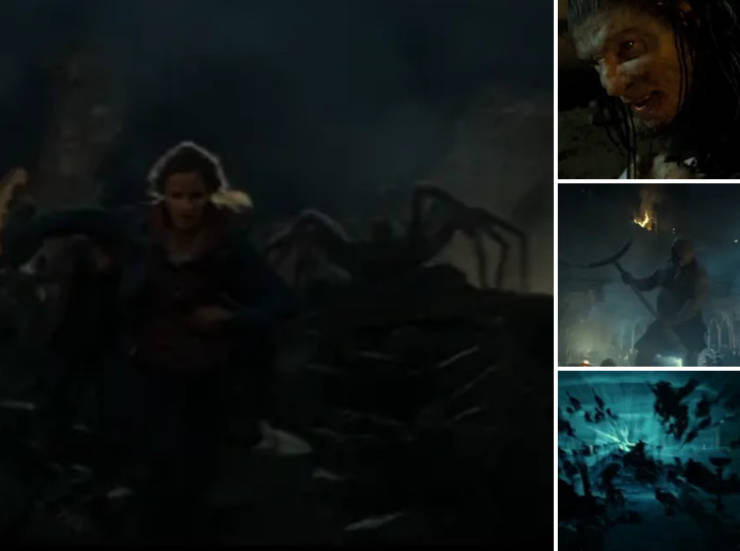 In Harry Potter, as the movies progressed, the Warner Bros. logo got darker and darker. 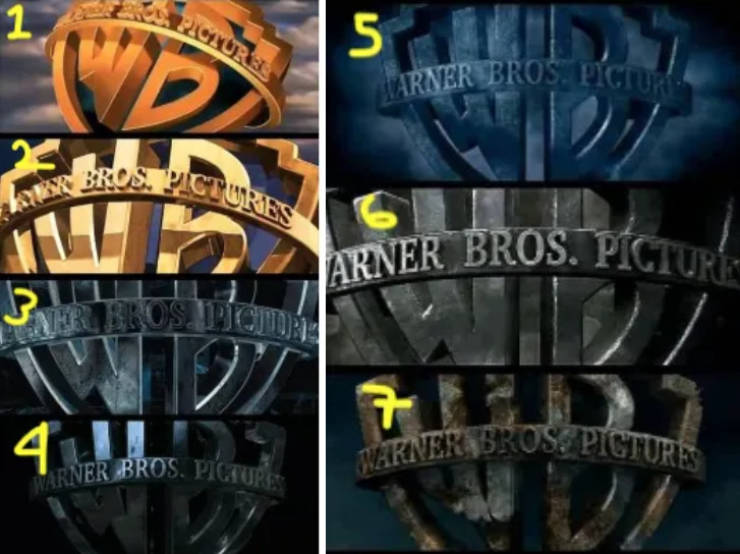