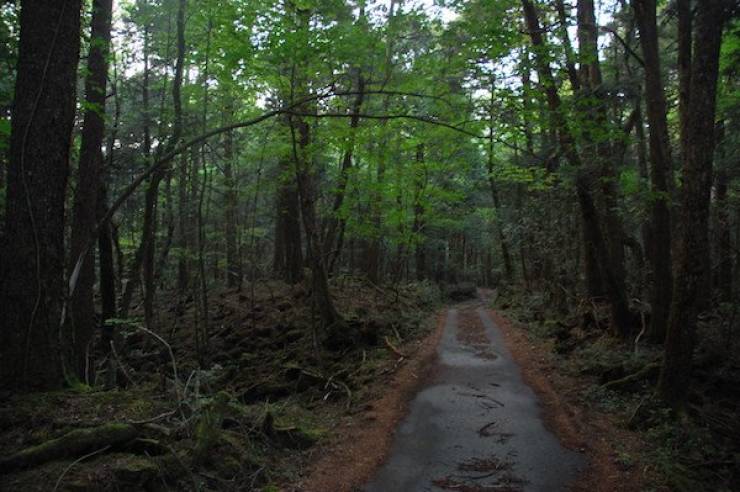 This creepy forest lies in the shadows of Mount Fuji, and is one of the most densely packed forests out there.

While gorgeous and surreal, it’s also known around the world as one of the most popular places to commit suicide. And those that do, run the risk of going undiscovered for a long period of time due to the dense foliage. 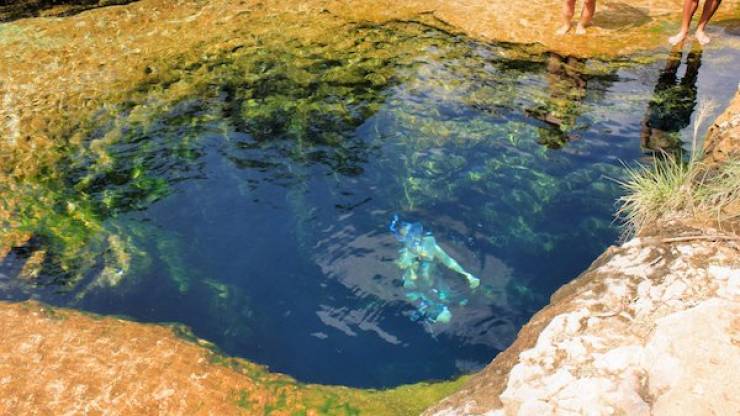 While this might look like a cool and relaxing place to dive in, the waters of this insanely deep hole are unforgiving.

It’s been recorded as one of the most dangerous places to dive, as it’s over 6,000 feet deep, full of caverns and tight spots. There have been 8 known deaths down there, but don’t be surprised if you come across the remains of many more. 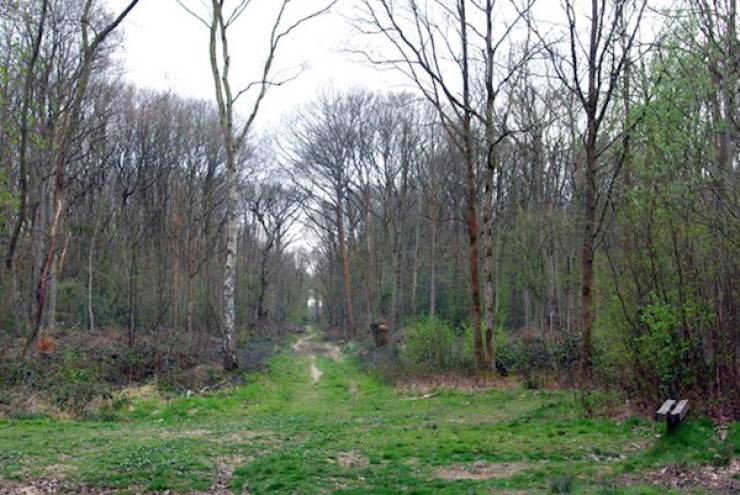 There’s a woodland stretch in south east England that is known as the most haunted woods in the UK. Over the centuries, there have been horrifying tales of kidnappings, massacres, sacrifices and cults, and now, it’s a hotbed of paranormal activity.

Hence the name, the “screaming woods.” 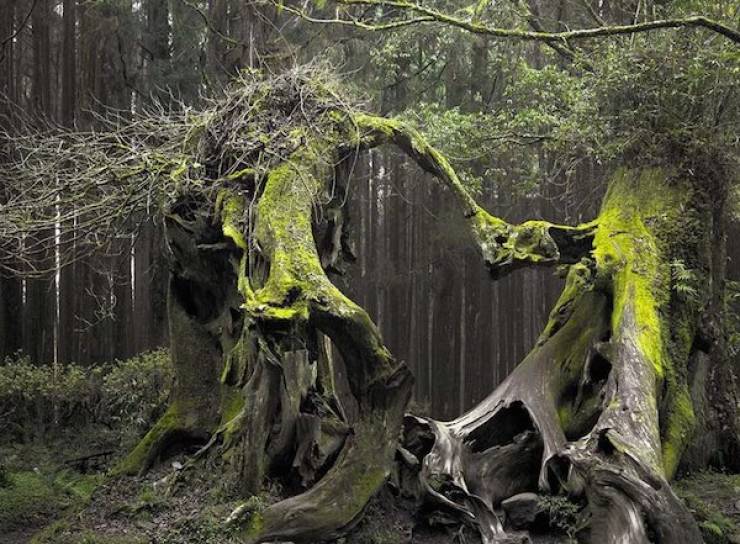 Not only is this forest situated in Dracula’s reported homeland, but it’s also known as the forest version of the Bermuda Triangle.

Over the years, there have been sightings of UFO’s, several shepherds and their flocks of hundreds of sheep have gone missing, and there’s just an unsettling feeling over everything. 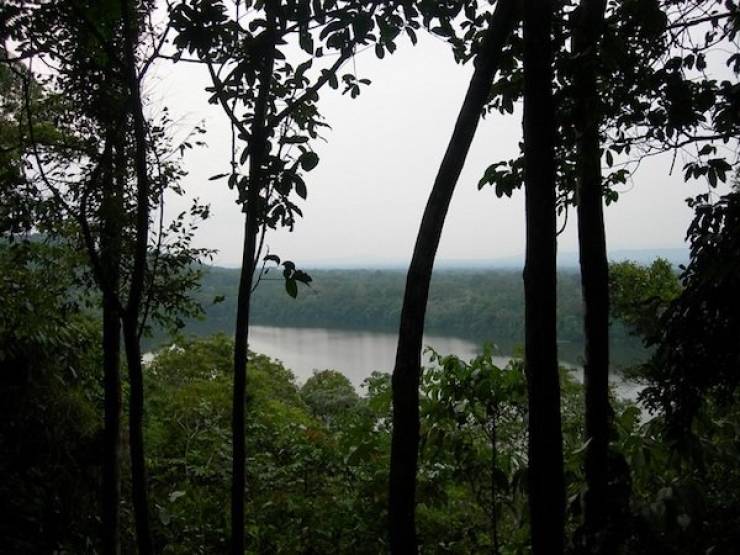 This national park is just an uninhabited jungle, practically untouched by humanity. While the jungle inside is lush and gorgeous, it’s also the home of thousands of plants an animals that are toxic, venomous and aggressive.

Anyone who visits is asking to be put into an early grave, unless they know which plants and animals to avoid. 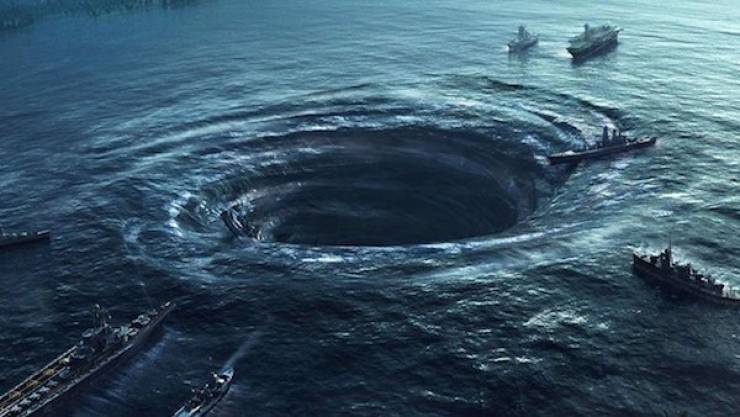 This isn’t exactly a tourist destination, and technically spans over 500,000 square miles, but it’s got one hell of a reputation. Far too many planes, boats and people have gone missing in this zone.

Despite recent attempts to completely debunk the myths of the triangle, the evidence points to some creepy stuff in that area. There is absolutely no way that the reported amount of ships and planes that have been recorded entering and never exiting, can disappear without a trace like that. 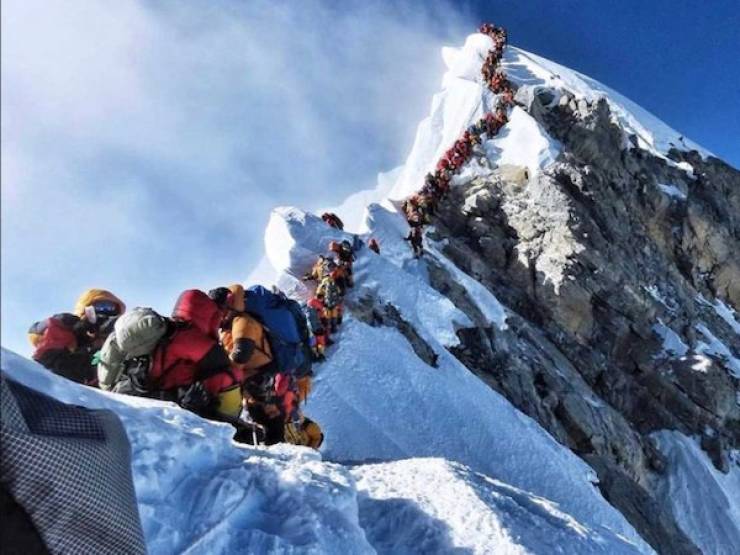 There’s a point when climbing Mount Everest, where the oxygen becomes so scarce that it’s impossible to breathe. If you get caught there unprepared, you won’t be coming back. What’s even worse, is that climbing the mountain is in such high demand, that there’s a line up of people waiting to get to the top, and they’re all sitting in the death zone, waiting.

Retrieving the bodies that have been lost up there is too risky for climbers and the air’s too thin for helicopters, so if you lose your life on Everest, it becomes your final resting place. 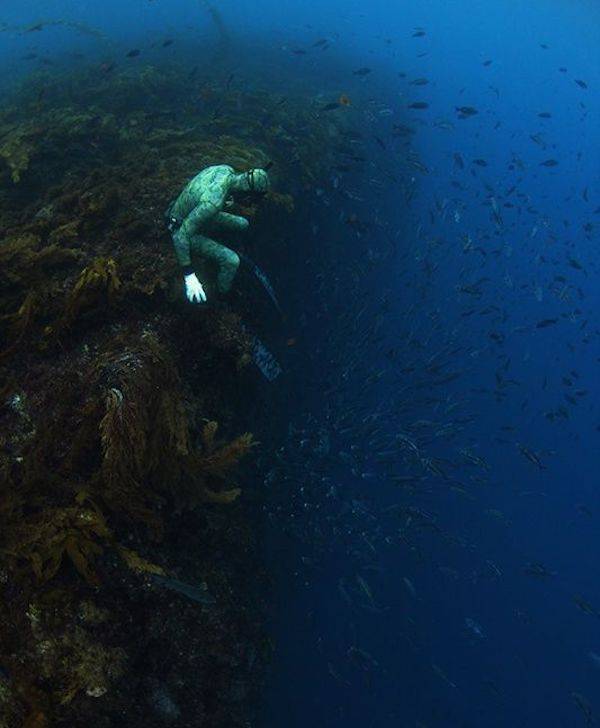 The deep waters of the coast of St. Croix are the home of the Caribbean’s second largest living reef, as well as one other notable natural formation; a two-mile drop to the ocean floor.

There’s a point off the coast, where the lusciously warm and turquoise waters turn to a dark, open void that’s thousands of feet deep.

The Bats of Geomantong Caves 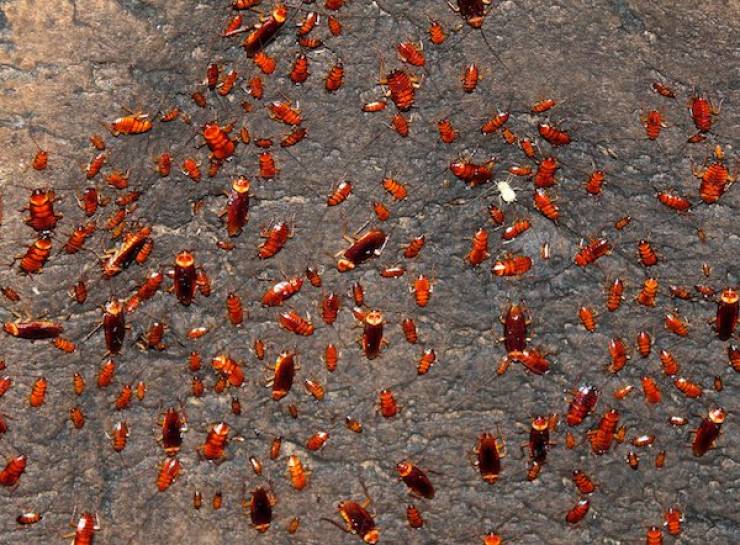 There’s a series of caves here, that are hidden within a hot, dark rainforest. Inside the caves are endless caverns filled with bats and hundred foot tall towers of guano.

That massive amount of bat poop means that tons of nasty critters have come to live there too, like enough cockroaches to cover the walls, as well as other parasites.

The Scary Waters of The Devil’s Kettle 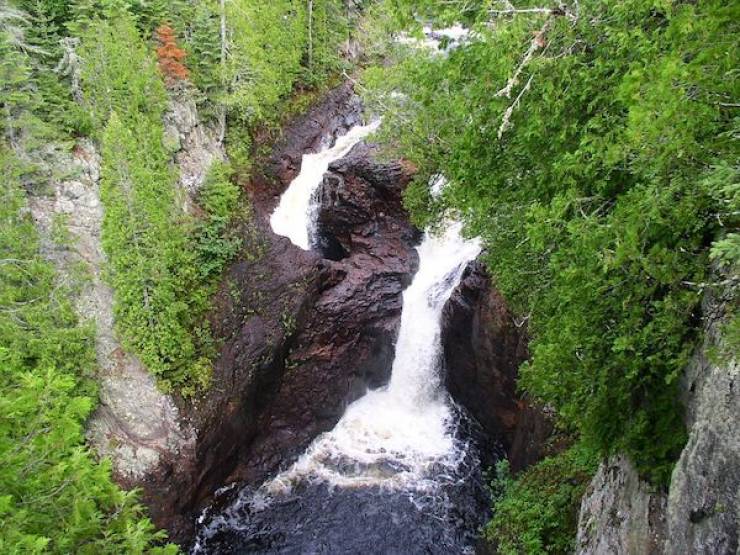 This beautiful part of the country is both eerie and metaphysical when it comes to this waterfall on the Brule River. There’s a place where the water falls into an endless pothole in the Earth. Over the years, countless objects and dyes have been dropped into the chasm, never to be seen again.

To date, no one knows where the water ends up. 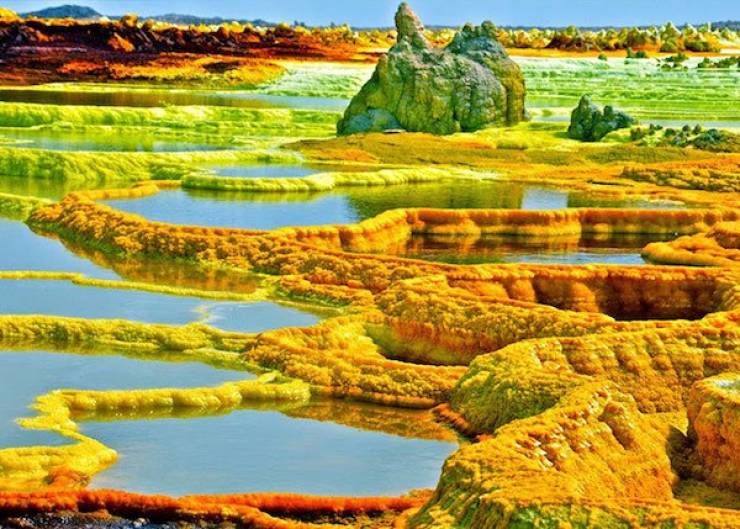 Man, even the name sounds ominous. This location gets almost zero rain during the year and is one of the hottest places on earth. And sitting 410 feet below sea level, makes it one of the most depressed and depressing, places on earth.

The lack of rain and volcanic nature of the land leaves a geological rarity, with active volcanoes, sulphur springs, black lava flows and salt basins filled with colourful minerals. 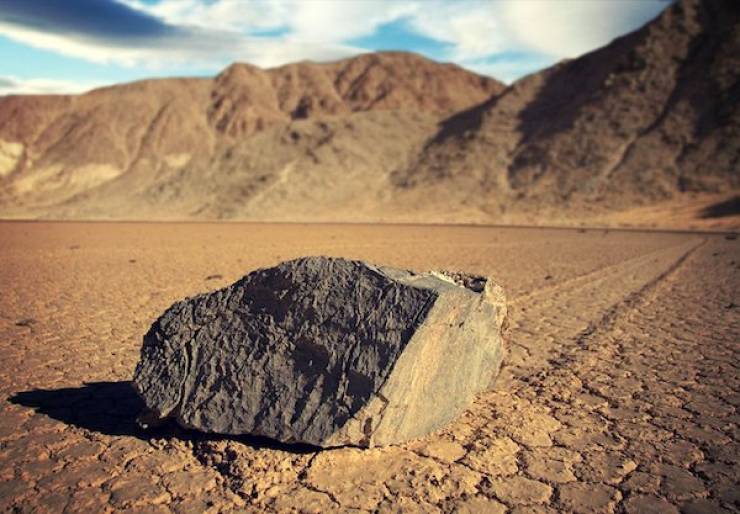 This is a massively dehydrated lake bed, where rocks seem to cruise along the sand, leaving trails in their wake.

Researchers say it’s due to an underground lake that shifts under the rock-hard crust of the desert floor, but we say aliens.