Did You Notice These Cartoon Details? (19 pics)

In Brave (2012), one of the arrows Merida shoots cuts her cheek as it goes out. 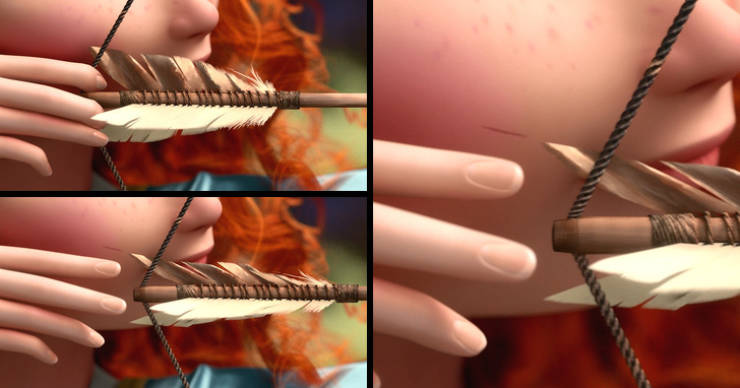 In The Boss Baby (2017), when Tim gets a younger brother, the number on his shirt changes from 01 to 02 which reflects he’s not his parents’ priority anymore. 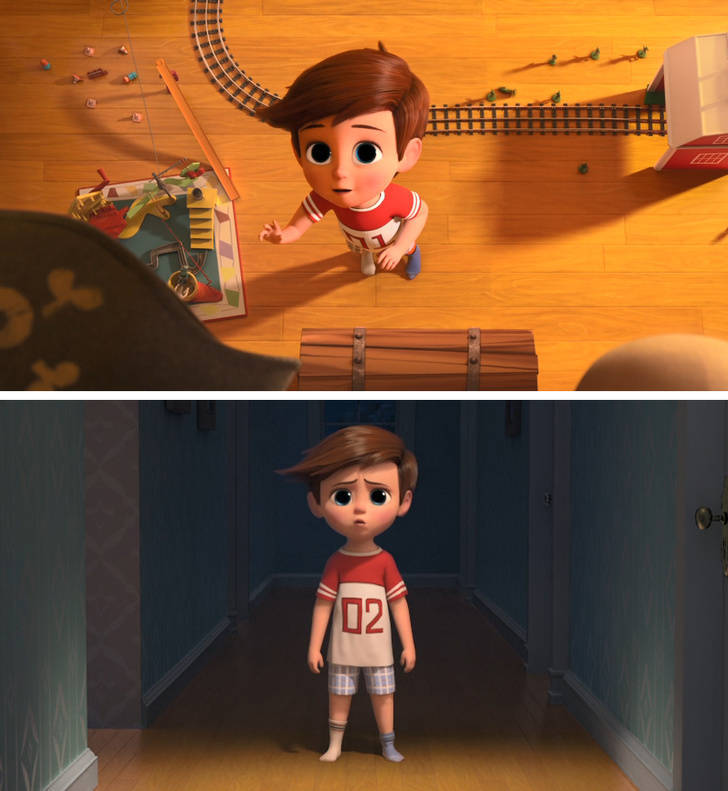 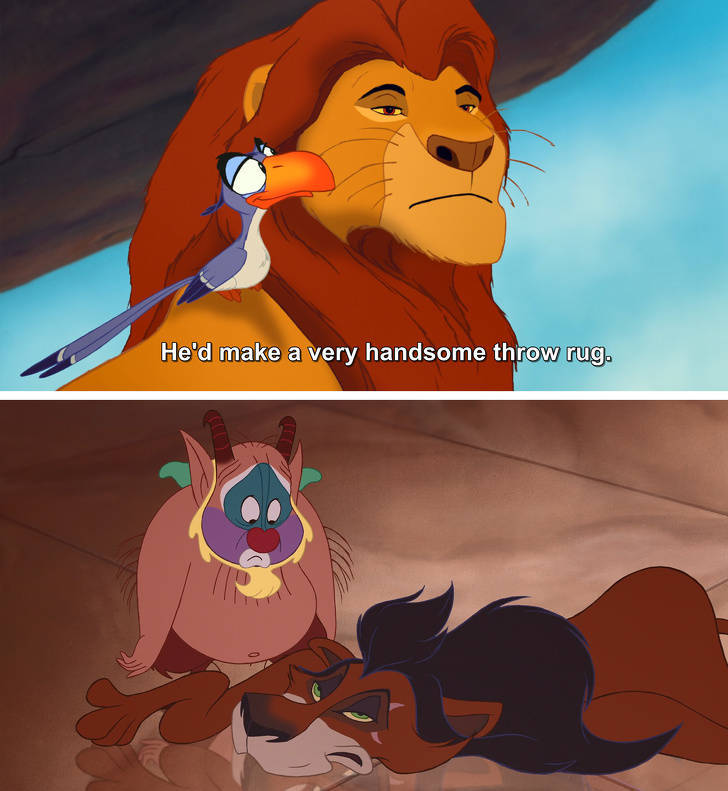 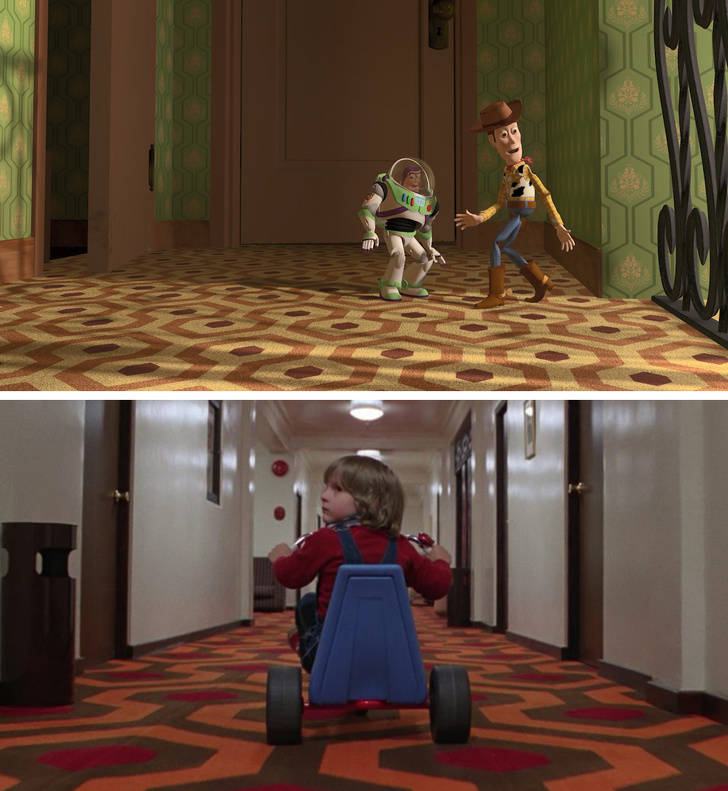 In The Lion King (1994), Simba eats a bug with his pinky up, which indicates his manners since he’s a royal. 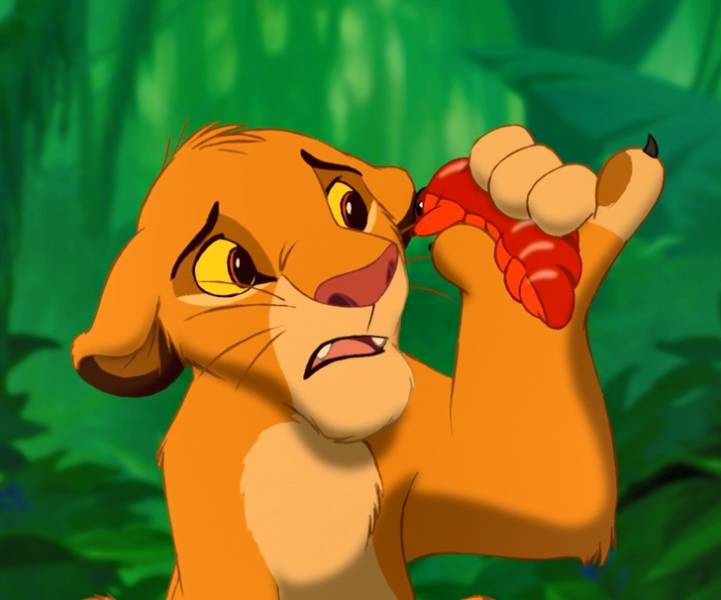 In The Little Mermaid (1989), when Ariel saves Eric, he sees her backlit which makes her hair appear dark. Later, Ursula makes herself dark-haired just the way Eric saw Ariel. 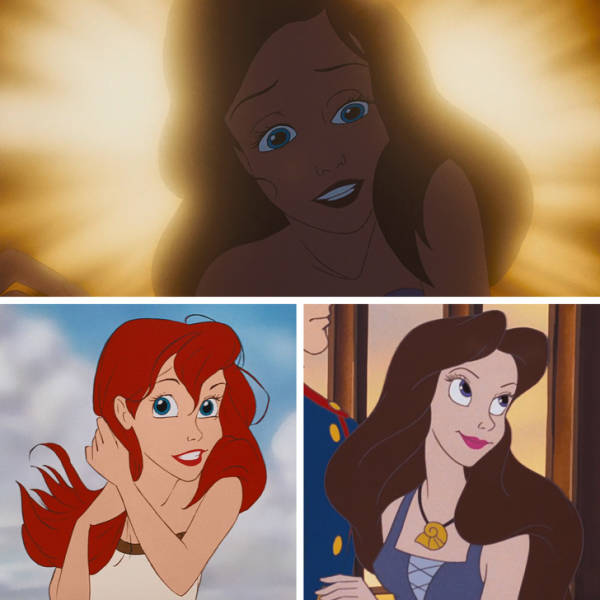 In Anastasia (1997), in the scene where she’s dancing in the abandoned palace, she is the only one who has her reflection on the floor since she’s the only real person in the room. 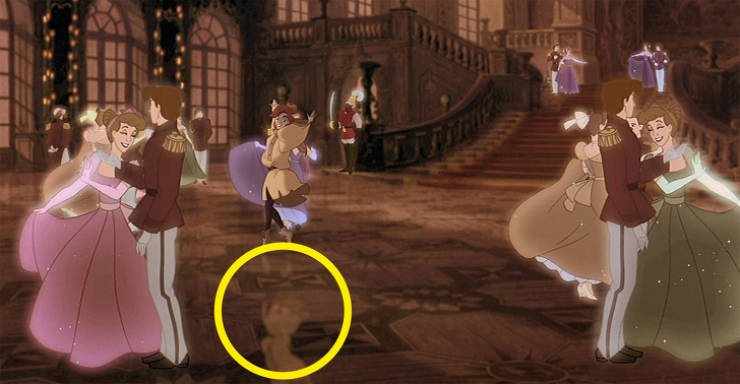 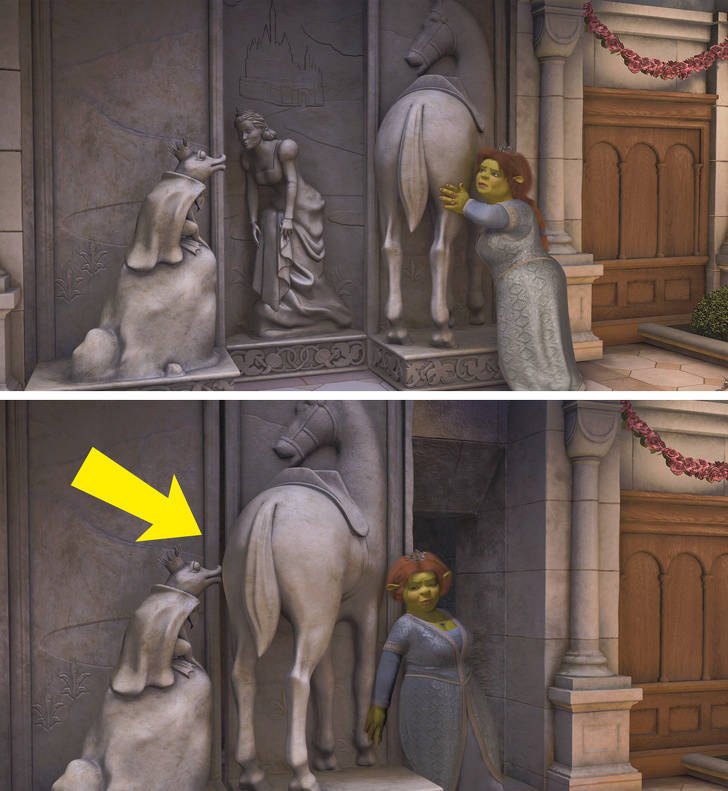 In Ratatouille (2007), Remy sees how a man kisses a woman after she threatens to shoot him. Later, when Colette gets angry, Remy makes Linguini kiss her the same way to calm her down. 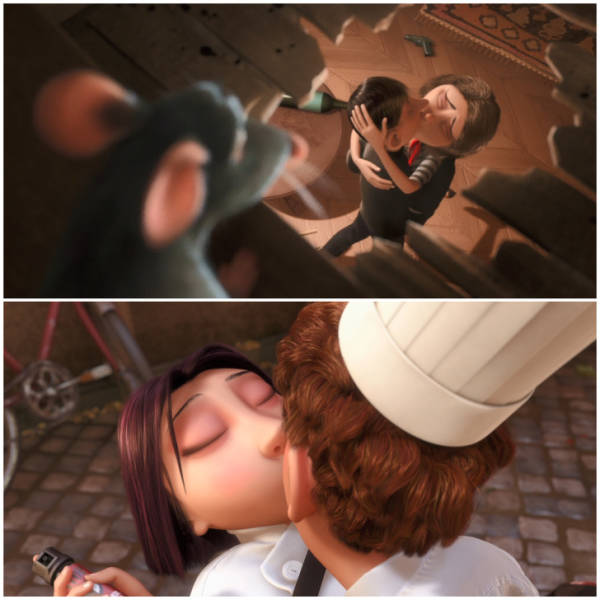 In Hercules (1997), Zeus’ statue started to smile after he met Hercules. 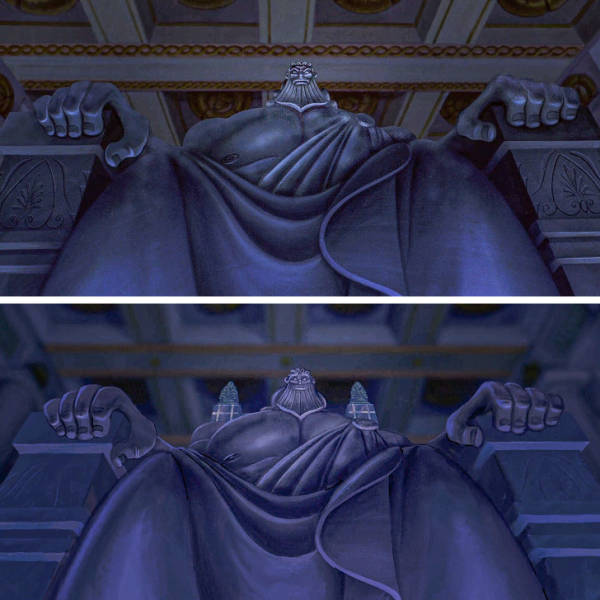 In Up (2009), the colors of the movie reflect Carl’s mood and attitude. 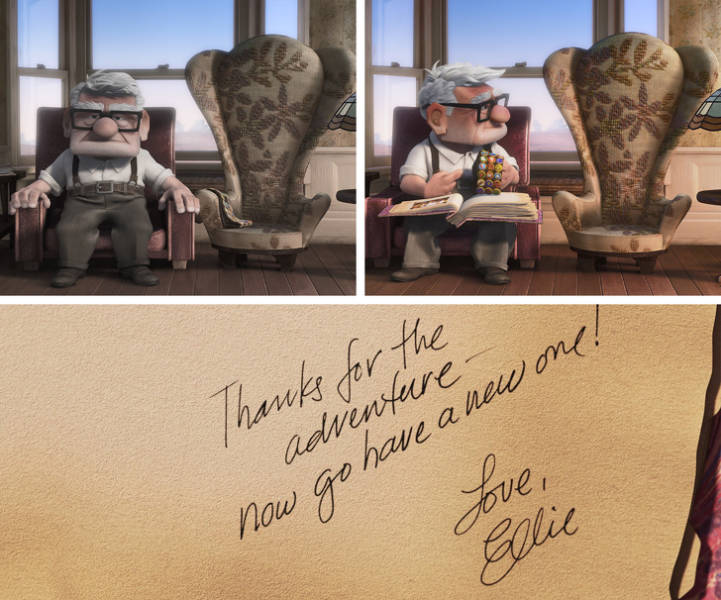 While Carl is sitting and grieving over his wife and the adventure they never got to go on, the colors are cold and dark. But when he finds the pictures of Ellie in the book and the note from her, everything lights up, signifying his warm feelings. 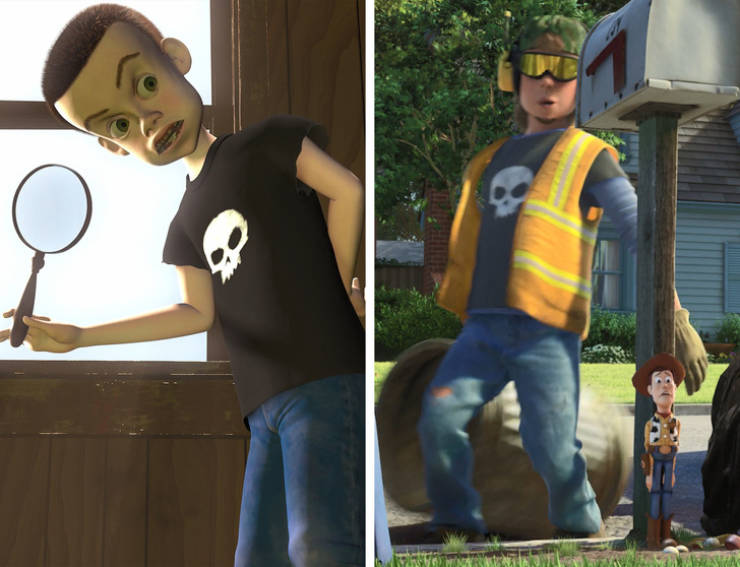 In Finding Dory (2016), the bag with the shrimp is the only one that is completely clean since he’s a skunk cleaner and eats bacteria. 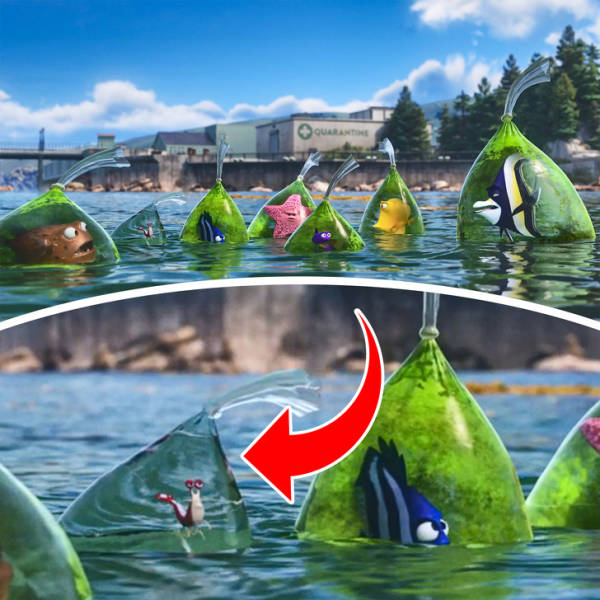 Zootopia is obsessed with Frozen too: In Zootopia (2016), you can spot 2 baby elephants wearing the costumes of Anna and Elsa from Frozen (2013). 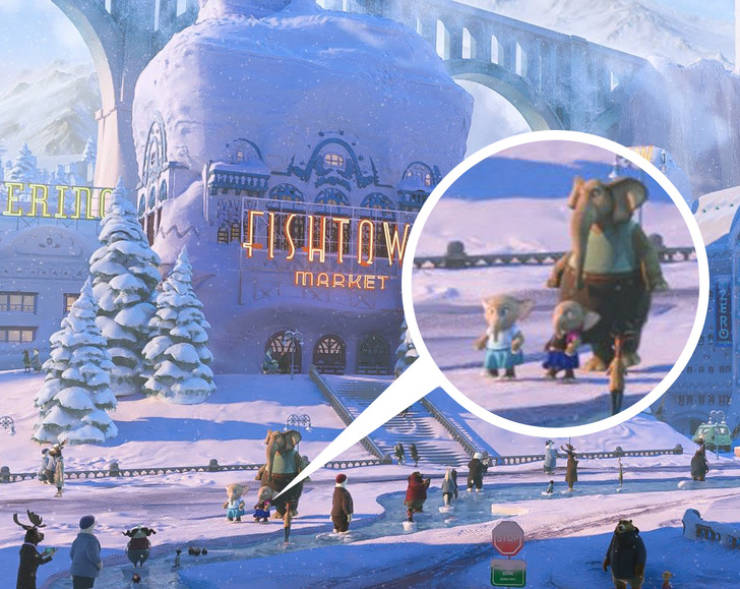 In Tangled (2012), the lantern that is launched by Rapunzel’s parents reaches her. 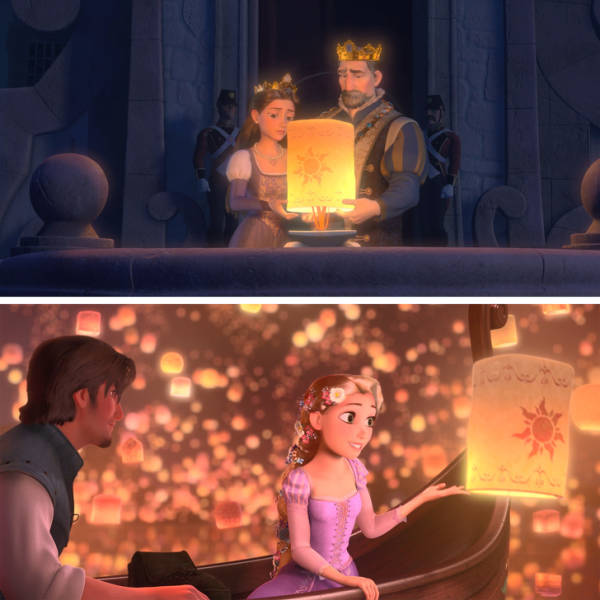 This is made clear thanks to the fact that it’s the only lantern with the same sun pattern on it.

In Beauty and the Beast (1991), Belle agreed to be locked up for the rest of her life in Beast’s castle to save her father but didn’t agree to marry Gaston for that time. 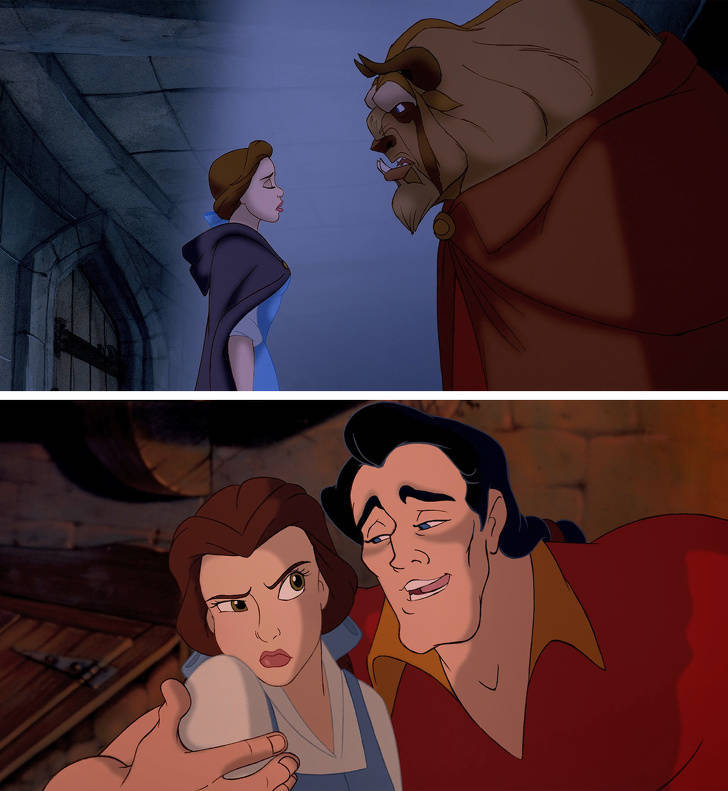 In Hercules (1997), as Meg and Hercules are walking in the park, Meg gets poked by Cupid’s arrow. It illustrates that she’s falling in love with him. 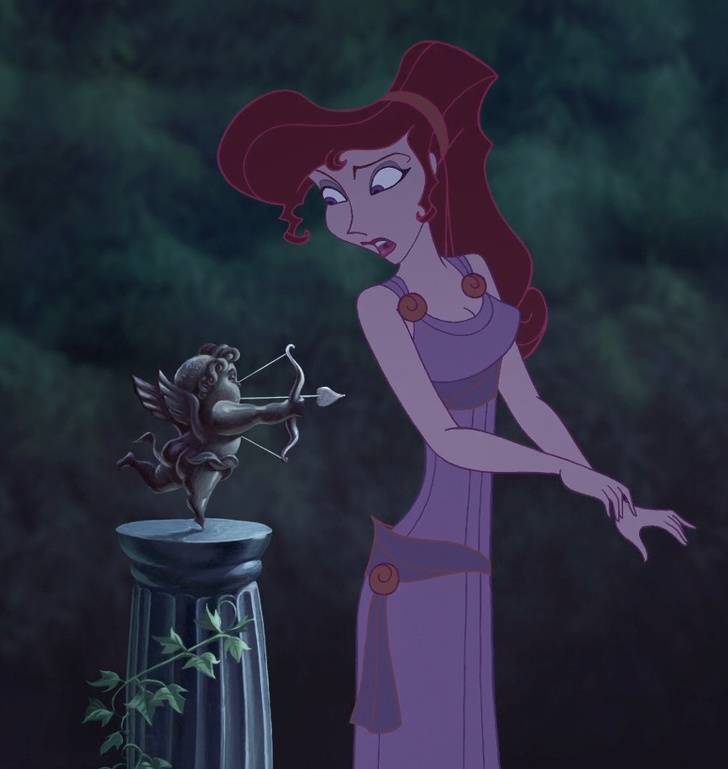 In Frozen (2013), Elsa’s castle changes color with her emotions. Blue symbolizes her happiness, red is fear, and yellow is anger. 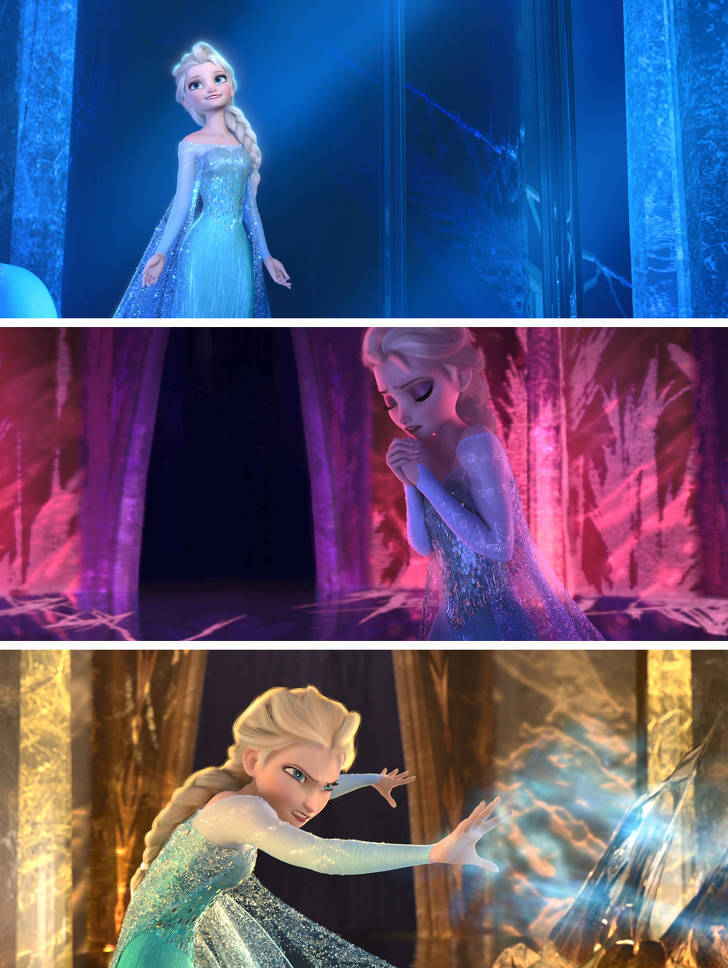 In Sing (2016), Mike the Mouse is eaten at the end by the bear who had been chasing him throughout the whole movie. 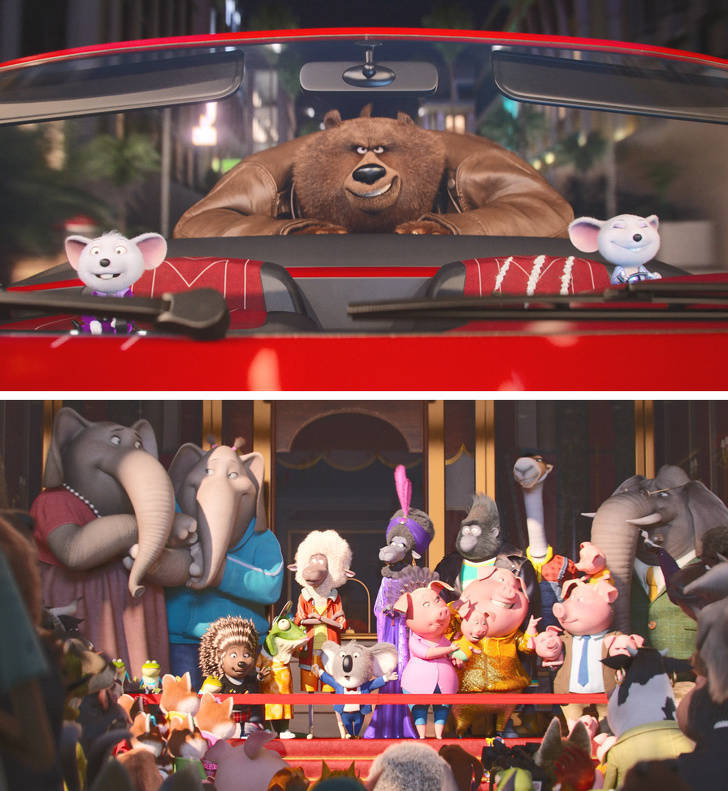 In the last scene, it appears he thinks he got rid of the bear, but the bear is inside the car and smiling. He isn’t shown at the opening of the theatre while many other characters are.