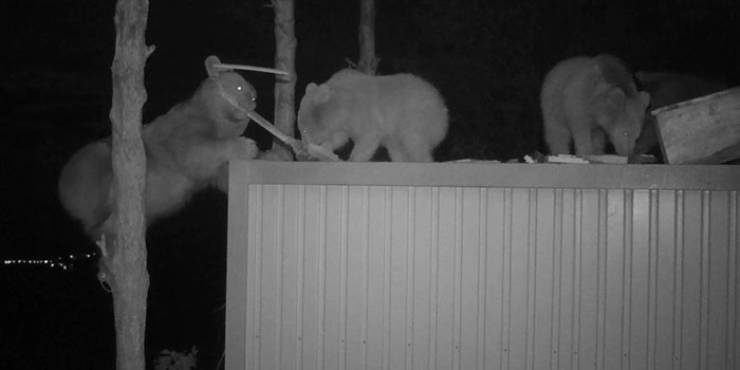 According to DHA, Ibrahim Sedef lives in Trabzon, Turkey, and is an agricultural engineer who works in beekeeping. For quite some time, Sedef has been struggling to prevent lickerish bears from trashing the hives in an attempt to get that precious honey. 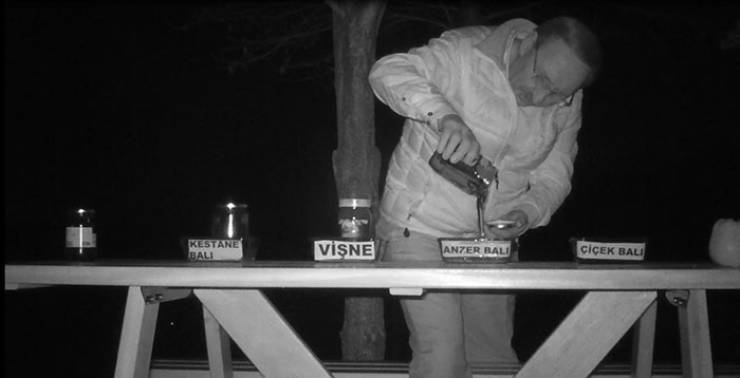 To protect the hives, he tried to secure them by putting metal cages around them. Sedef also tried leaving food such as bread, fruit, and honey in an attempt to prevent bears from treating themselves to snacks directly from the hives. However, that didn’t work well and some hives still got damaged. 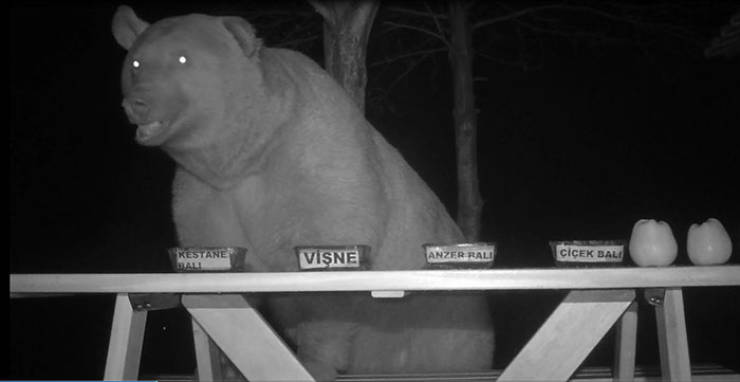 So, the beekeeper decided to learn more about the bears’ movement and behavior. He did that by installing photo trap cameras to track the bears roaming his bee farm.

While trying to figure out how to outsmart these greedy animals, Sedef came up with a brilliant idea. 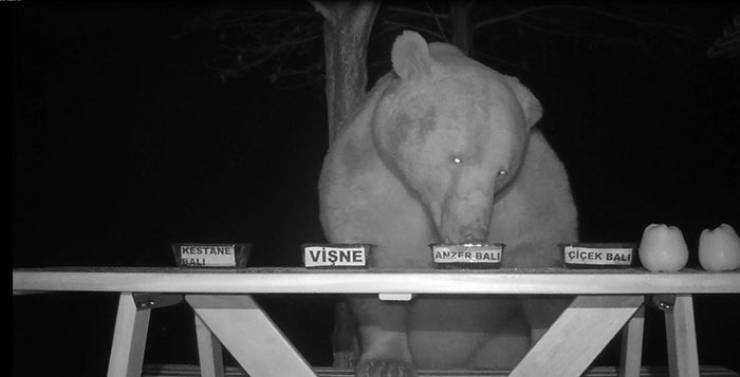 He decided to turn these bears into honey tasters because they clearly have a good taste for honey. 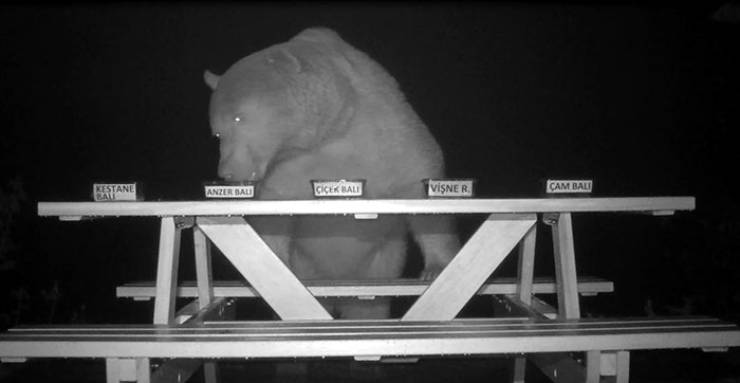 The beekeeper set up a table with 4 kinds of honey for the bears to feast on. He wasn’t disappointed with the result. As it turns out, bears have quite an expensive taste. 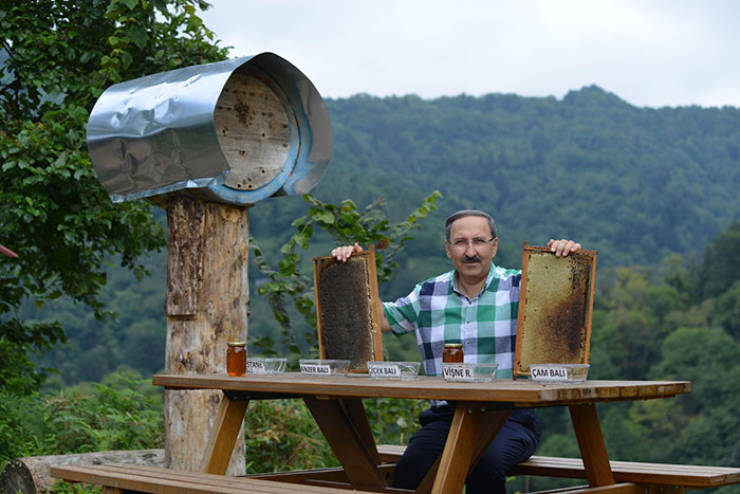 Sedef told DHA that bears were drawn by the smell of Anzer honey as they always tasted it first, sometimes without even touching the cherry blossom honey. 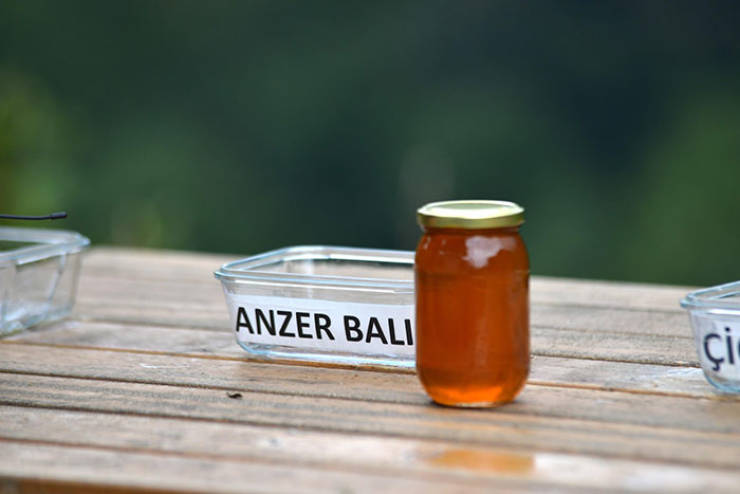 2 pounds of the famous Turkish honey, Anzer, sells for more than $300.