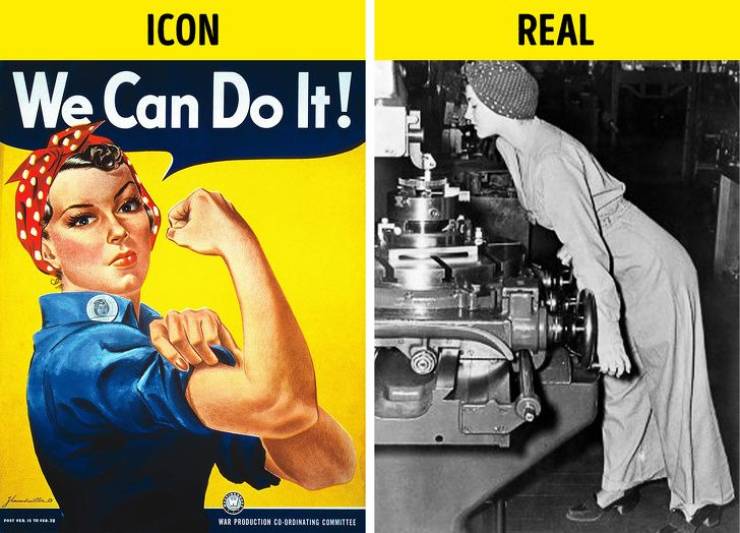 This poster is recognized all over the world. Rosie the Riveter is a cultural icon of World War II, representing the women who worked in factories and shipyards. The real person on it wasn’t known until 2011 when she finally told her story.

Naomi Parker Fraley worked in an American factory during the war and she never expected to become such an inspiration for so many people. 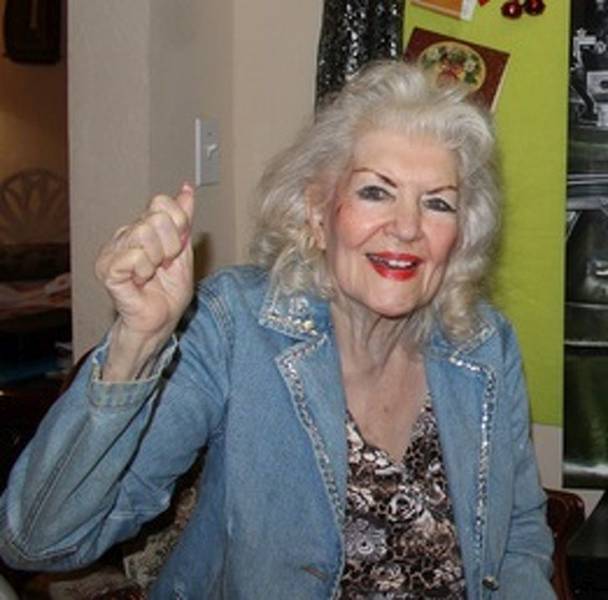 While working on an aircraft assembly line, she was photographed operating a machine. Fraley was wearing her trademark red bandana. And that became a powerful symbol! 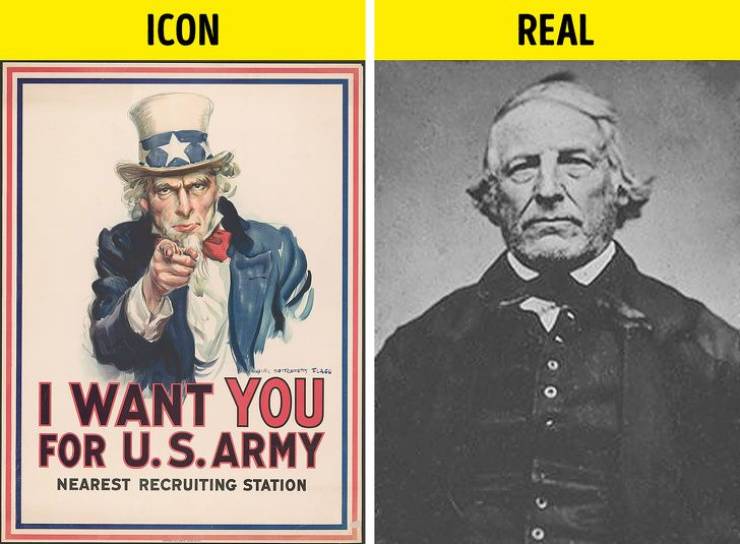 The all-American Uncle Sam is a symbol of patriotism and a personification of the government of the United States. The legend says that the real person was named Samuel Wilson and he was a meat packer from New York.

The original poster was based on a British Lord Kitchener poster from 3 years prior and was used to recruit soldiers during World War I and World War II. 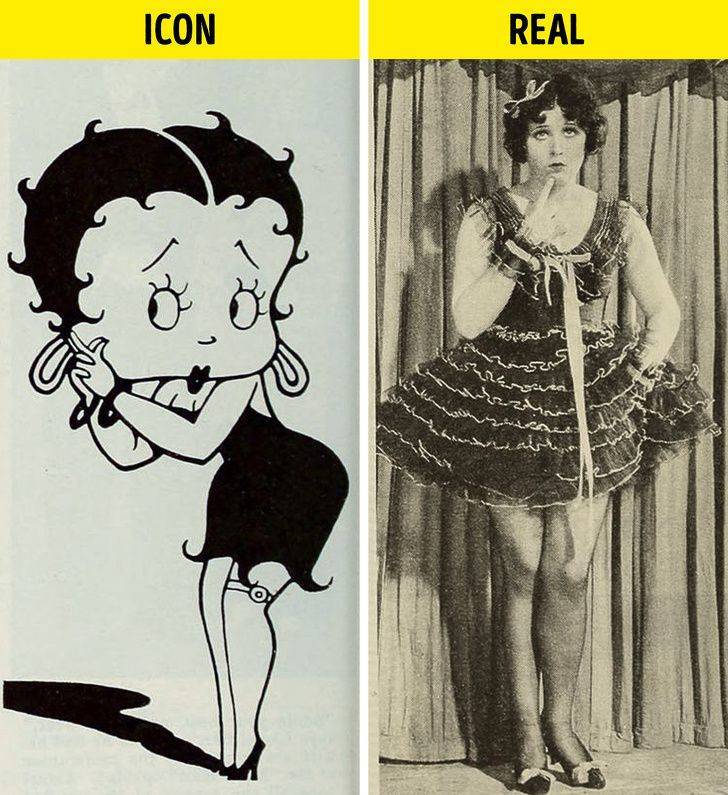 People from all over the world probably know this hero! Betty Boop is an animated cartoon character that was created by Max Fleischer and a team of animators. She was originally a caricature of Helen Kane.

In May 1932, Helen Kane filed a $250,000 lawsuit against Max Fleischer and Paramount Publix Corporation for exploiting her personality and image for the caricature. 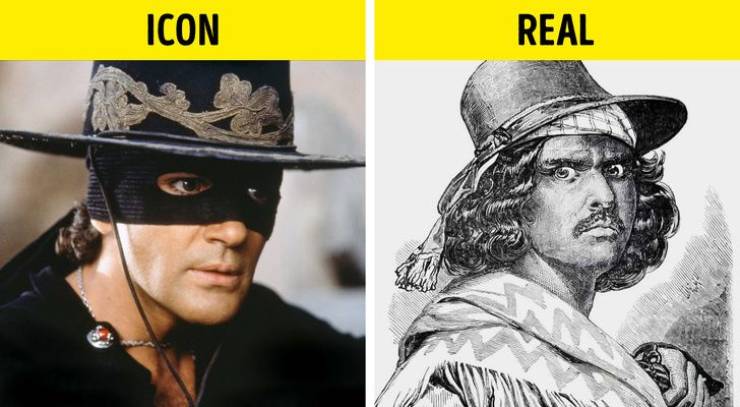 The Zorro character is most often associated with the historical figure Joaquin Murrieta. He is also called The Robin Hood of the West.

Joaquin Murrieta became a famous outlaw in California in the 1850s. The state of California offered a reward of $5,000 for Joaquin “dead or alive.” It was reported that he was killed in 1853, but the news of his death was disputed and myths about his survival lingered for a long while. 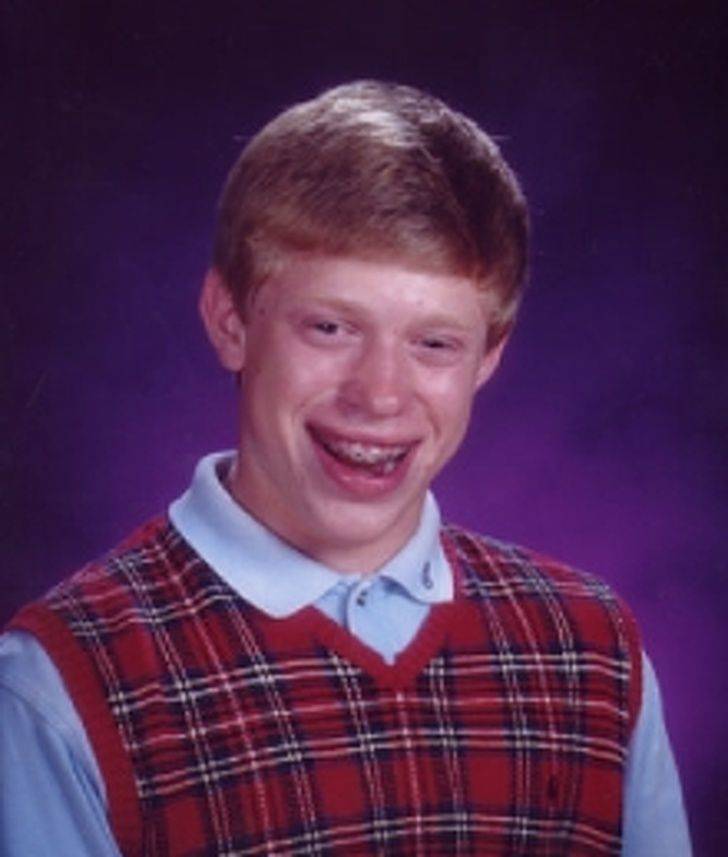 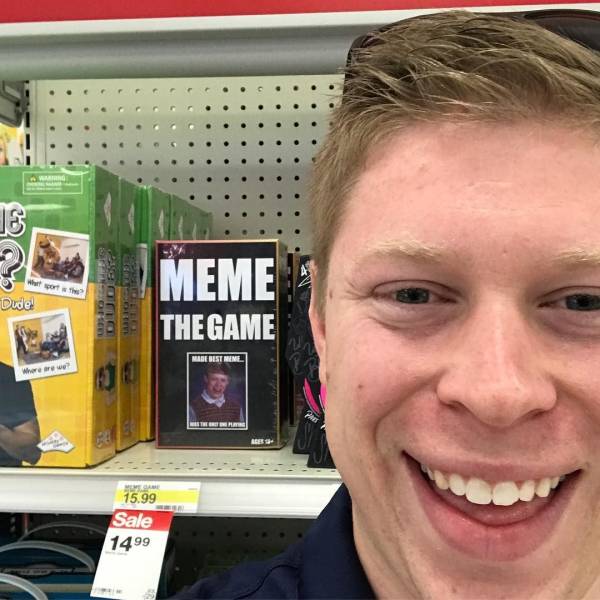 Bad Luck Brian is an American internet celebrity known for a photo posted on Reddit in 2012. He quickly became a popular internet meme.

This guy’s real name is Kyle Craven. In October 2018, Craven even did some advertisements for McDonald’s featuring the Bad Luck Brian character.

The Wendy’s logo and Melinda Thomas 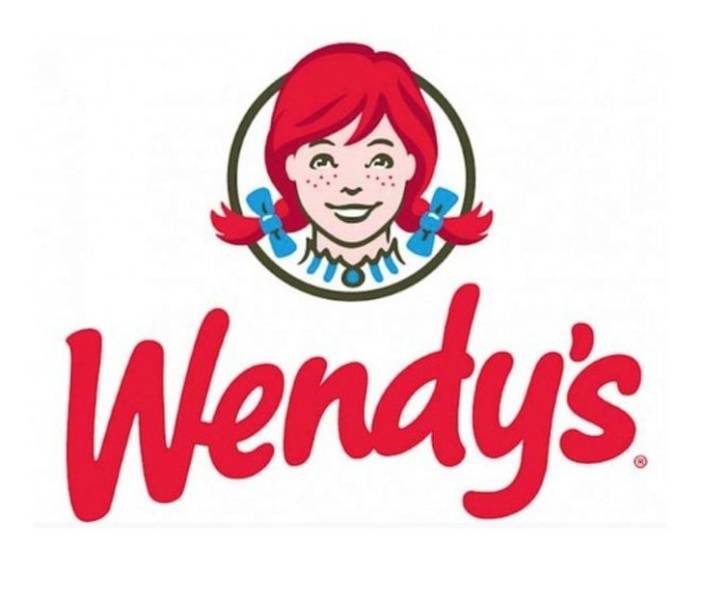 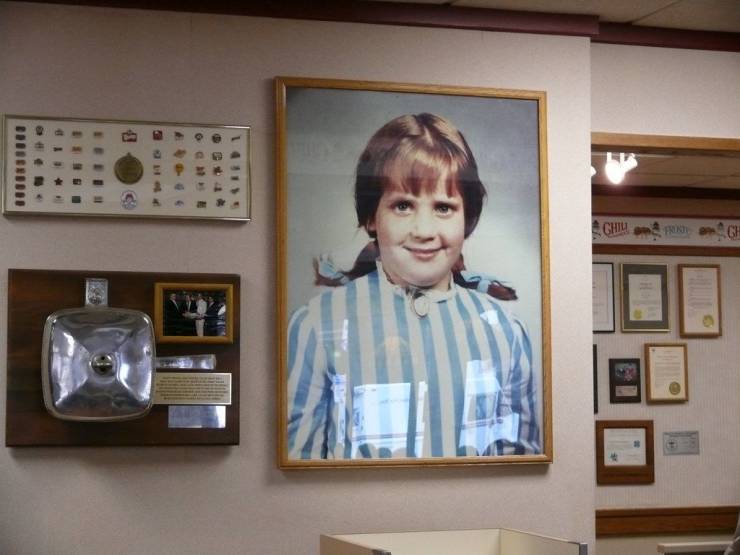 Melinda Thomas is the daughter and fourth child of American businessman, Dave Thomas, who was the founder of the fast-food chain Wendy’s. She was a prototype for the mascot of the brand. Nowadays Melinda Thomas is a spokesperson for Wendy’s.

The NBA logo and Jerry West 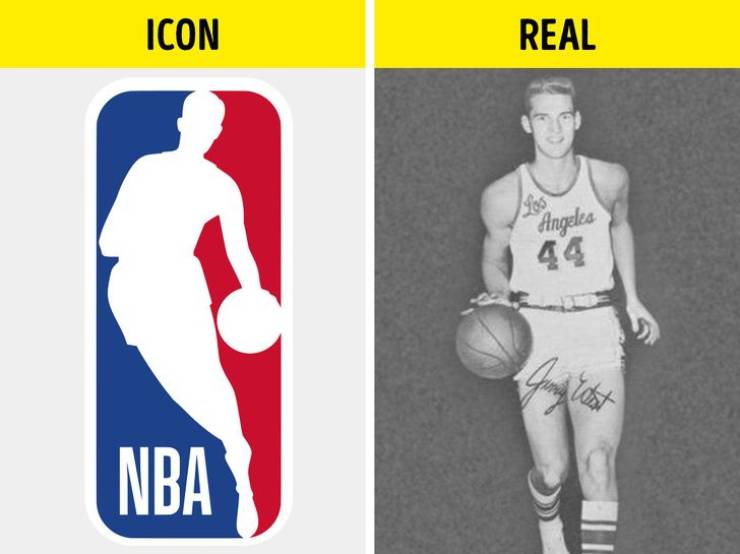 It was in 1969 when Alan Siegel designed the logo for the NBA which is used today. Not many of us know that the inspiration for this icon was the silhouette of the legendary Jerry West, based on a photo by Wen Roberts.

The Joker and Conrad Veidt 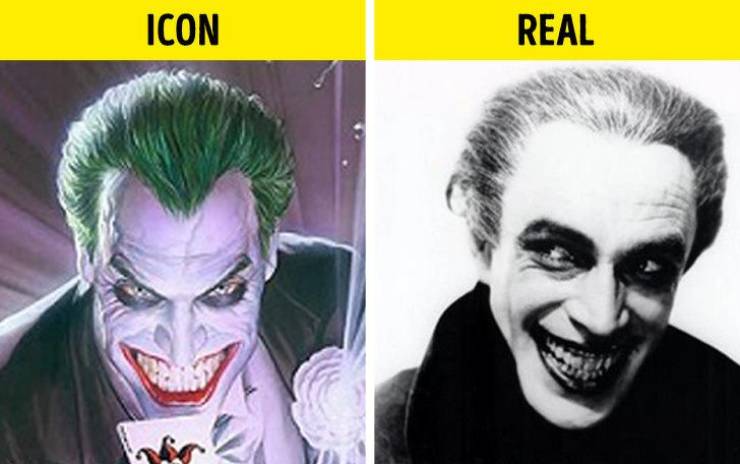 The Joker appeared in 1940 and was created by Bill Finger, Bob Kane, and Jerry Robinson. There was a lot of discussion about this character.

Finger’s, Kane’s, and Robinson’s versions acknowledge that Finger produced an image of actor Conrad Veidt who played Gwynplaine, a man with a disfigured face and a perpetual grin in the 1928 film The Man Who Laughs. His look became an inspiration for the Joker’s appearance. 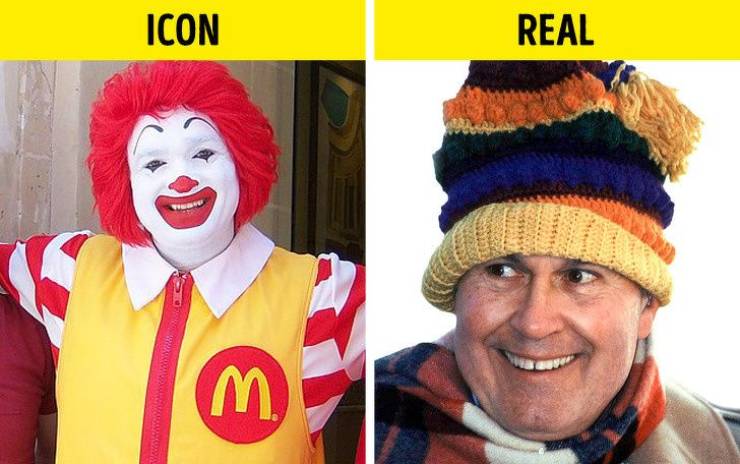 Initially, the image of Ronald McDonald was created by actor Willard Scott. He performed the role of a clown regularly from 1963 till 1966 for the McDonald’s franchise in Washington.

Later Scott wrote in his book The Joy of Living that he originally created the Ronald McDonald character at the fast-food restaurant chain’s request. 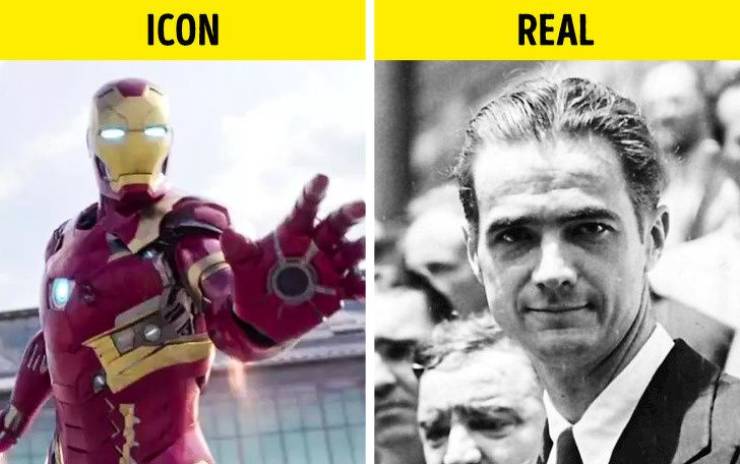 Hero Tony Stark, also known as Iron Man, was inspired by Howard Hughes who was an eccentric inventor and adventurer. Stan Lee honestly admitted that he modeled the image of Tony after Hughes.

And it was not just his appearance, but Howard Hughes’ colorful lifestyle and personality were also an inspiration. Moreover, the first name of Stark’s father is Howard.

Bonus: Josh Bateson, the “Kinder Chocolate” boy, then and now 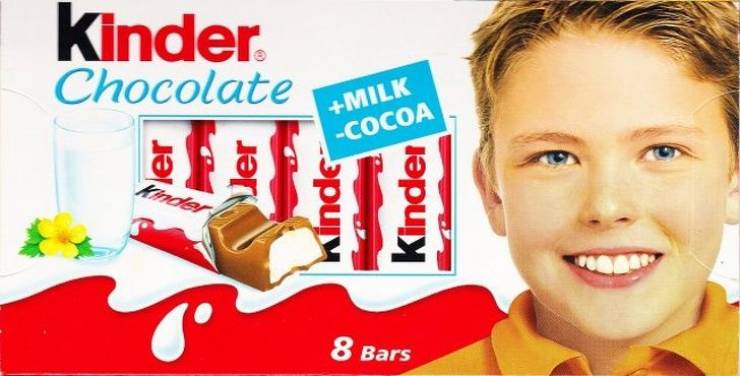 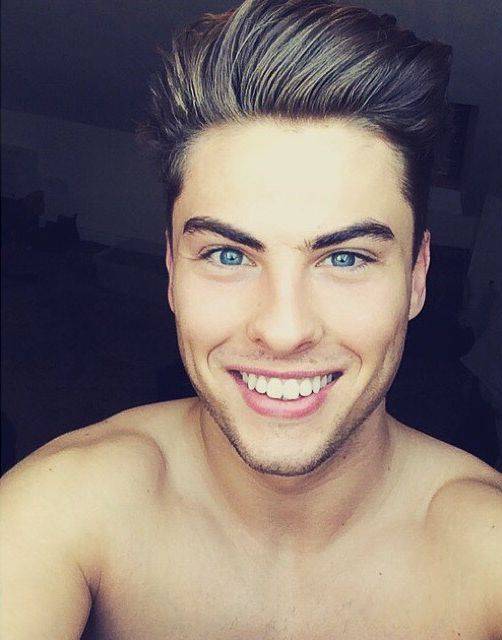