What You Missed In Your Favorite Movies (18 pics)


Jim Carrey’s character in The Truman Show takes vitamin D for breakfast. Usually people take it when they have sunlight deficiency. And, as we know, Truman didn’t have sunshine because his city was just a movie set. This is one of the keys to solving this riddle.
1 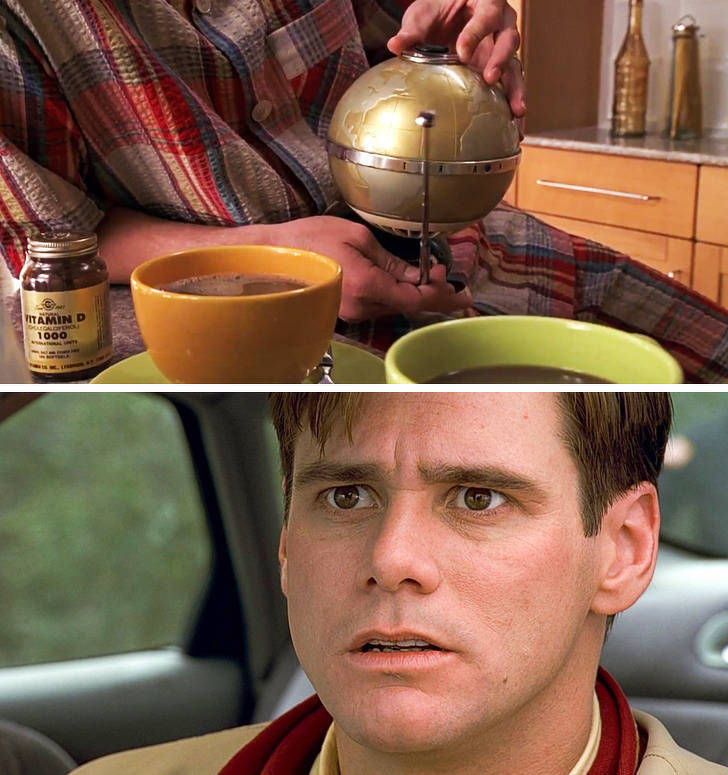 In the animated horror movie, Coraline, Mr. Bobinsky is wearing the Russian Hero Medal for Service at the Chernobyl Nuclear Disaster. It says “Participant in the Clean-up Campaign.”
2 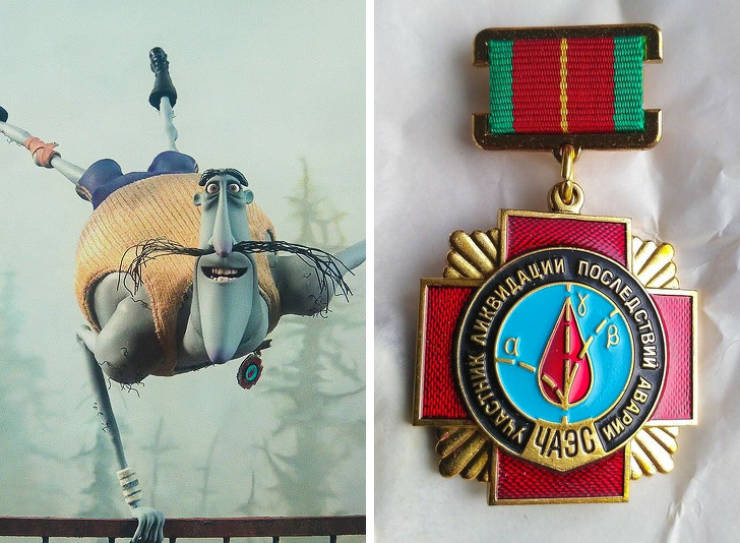 The dog who John Wick adopted at the end of the first movie was planned to be put down. So, it turns out that he saved it.
3 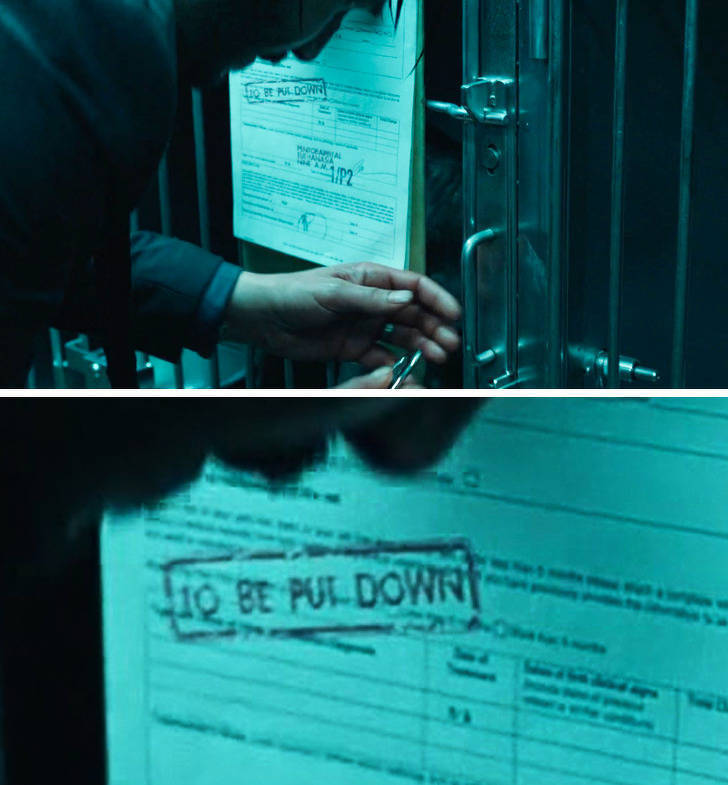 In Toy Story 3, you can see that Buzz Lightyear’s batteries are produced by BNL corporation. This is the same corporation that manufactured the robot WALL-E.
4 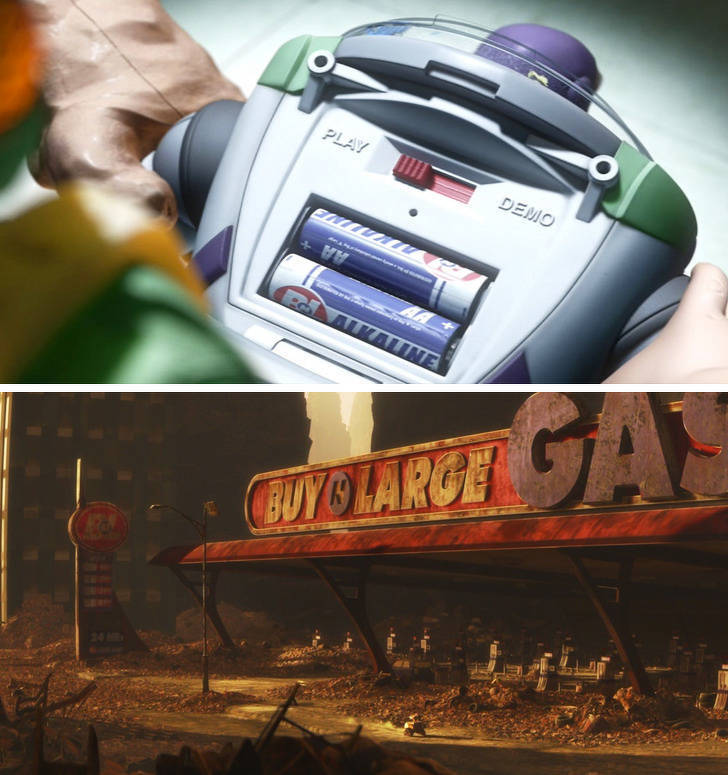 In The Boss Baby, the number on Tim’s T-shirt changed from 01 to 02 after his brother’s birth. This shows that Tim is no longer the number one priority in his parents’ life.
5 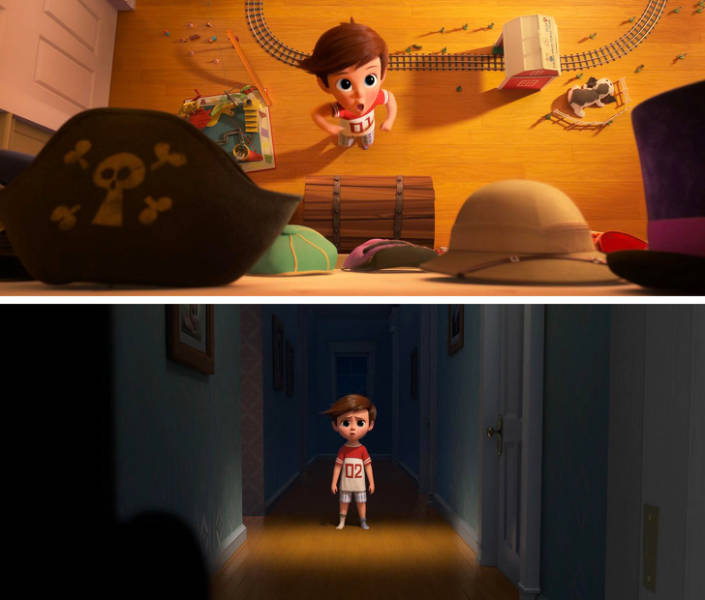 This is a shot from Titanic. Here Jack passes by 2 men who watch a boy playing on the deck. This shot is based on a real photo.
6 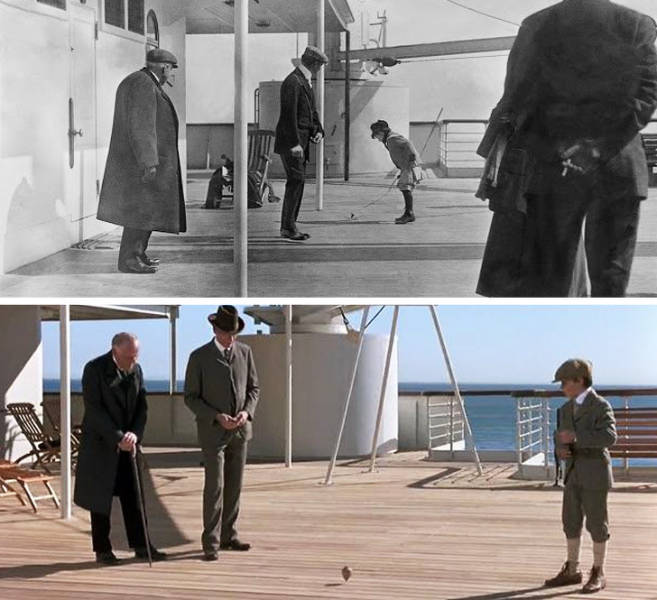 In Captain America: The First Avenger, Howard Stark jokes that, “Hydra won’t attack you with pocket knives.” Toward the end of the movie, a Hydra agent does exactly that.
7 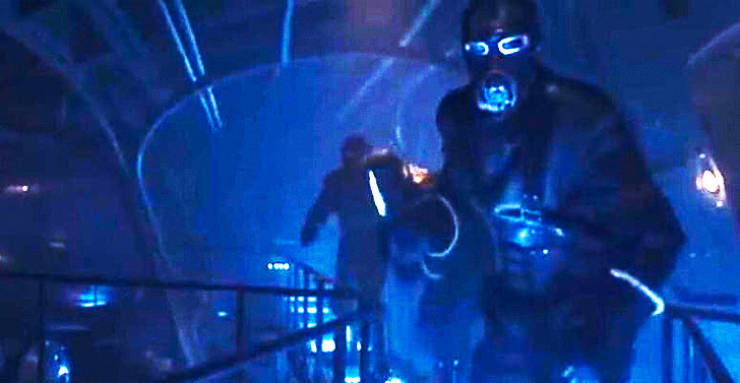 In the superhero movie Shazam!, the same memory can be different in terms of weather and clothing items depending on whose memory it is. This is done to emphasize the person’s emotions at that moment.
8 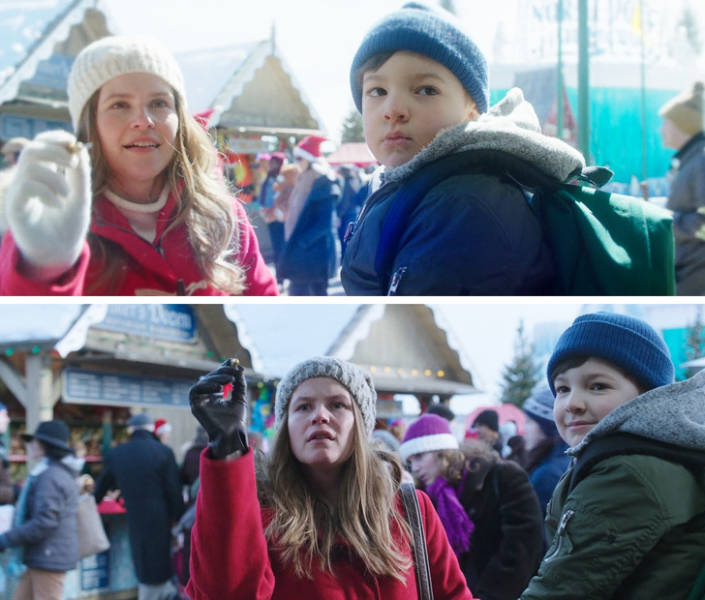 Linda Hamilton has a twin sister named Leslie. She helped her famous sister in the fight scene between Sarah Connor and T-1000 in Terminator 2: Judgement Day.
9 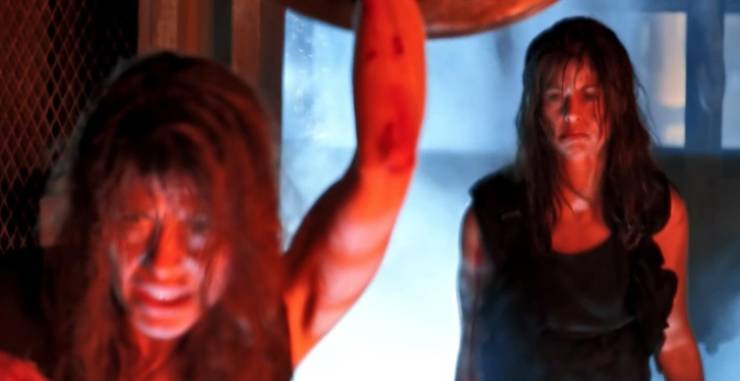 In The Hobbit: The Battle of the Five Armies’ credits, Martin Freeman is shown with an acorn in his hand. This drawing is based on the actor’s photo where he’s holding his own Lego mini-figure.
10 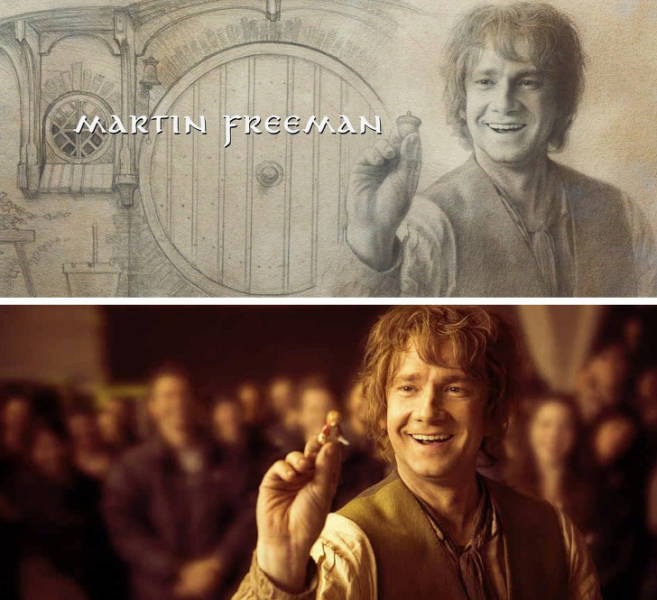 Advertisement
In the animated movie Monsters vs. Aliens, General W.R. Monger’s insignia has Shrek’s face on it.
11 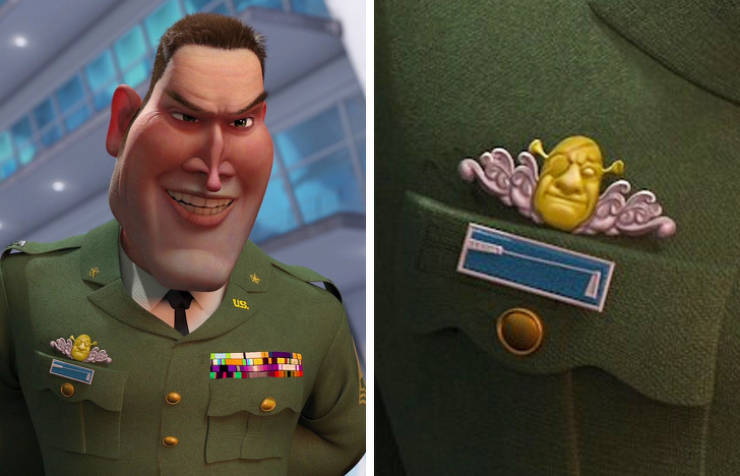 As Kahmunrah in the movie Night at the Museum: Battle of the Smithsonian says, “I could kill your friends in the blink of an eye,” and he doesn’t blink until the end of the movie.
12 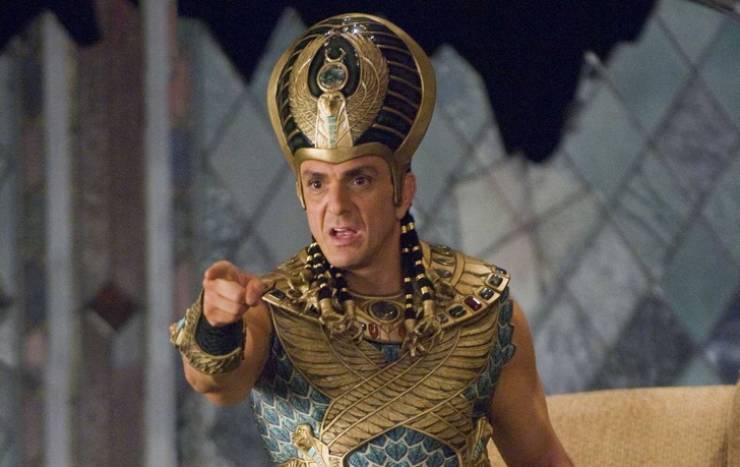 On his desk, Mr. Incredible from The Incredibles has a jar full of bullets that have bounced off his chest.
13 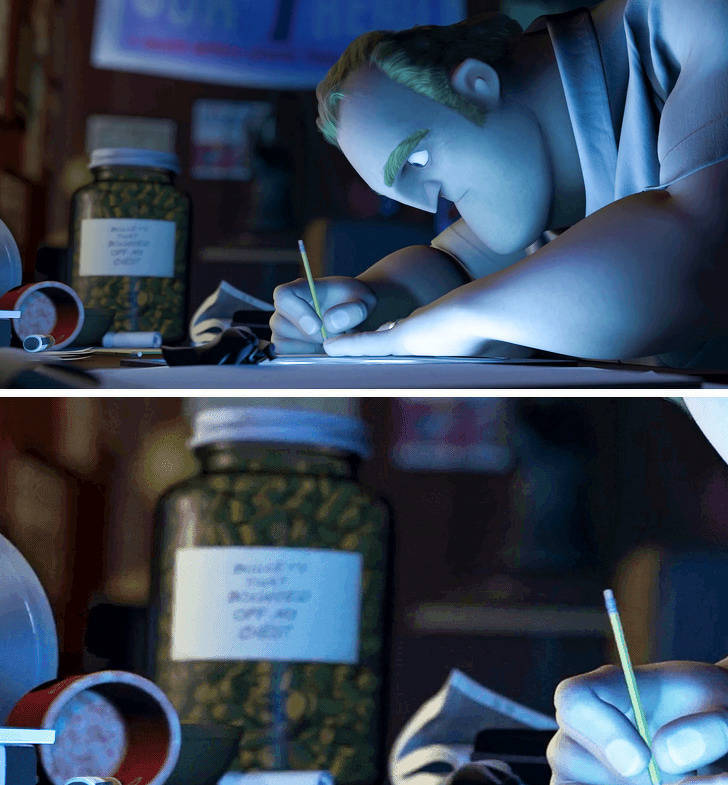 The Stan Lee cameo in Avengers: Endgame is based on his own actual look in the 1970s.
14 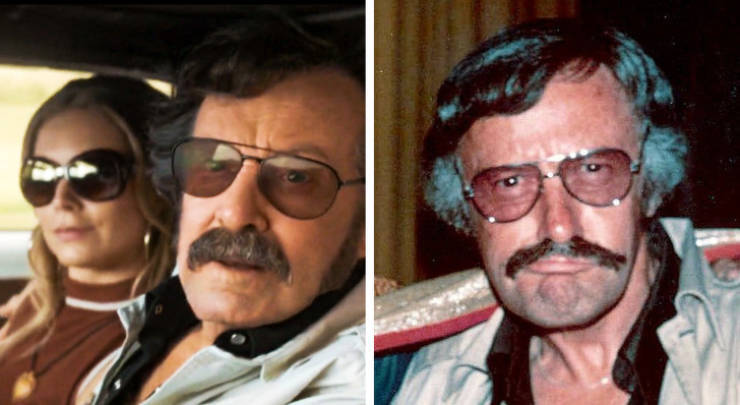 In the action-comedy 22 Jump street, Jenko has a scar on his left shoulder that he got in 21 Jump Street when being shot instead of Schmidt.
15 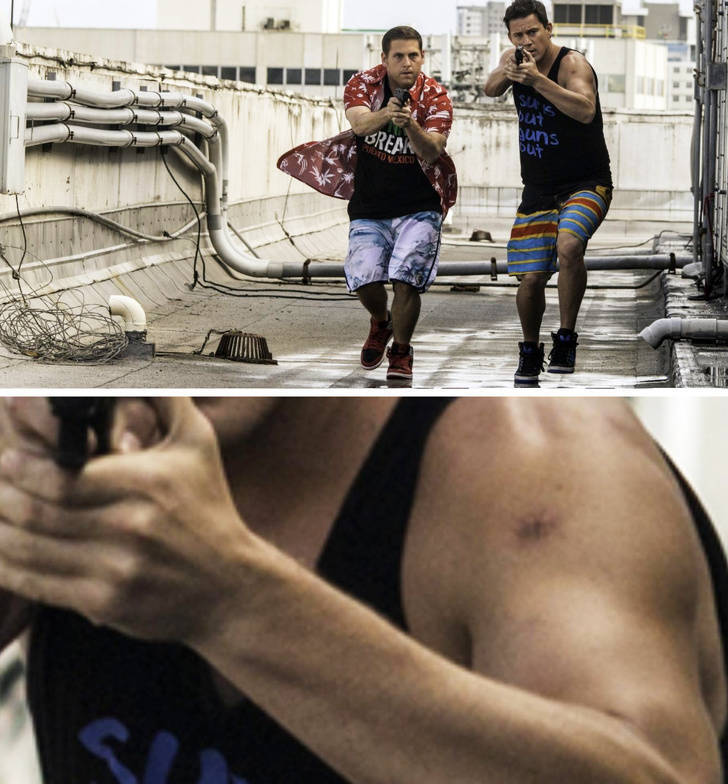 In the animated movie Spider-Man: Into the Spider-Verse, when Miles Morales zaps Peter B. Parker we can see his nervous system instead of his skeleton which is usually shown in similar situations. From the scientific point of view, this is a more correct visualization.
16

Hela in Thor: Ragnarok immediately realizes that the Infinity Gauntlet is fake. Thanos wears it on the other hand which makes the fraud obvious to attentive viewers as well.
17 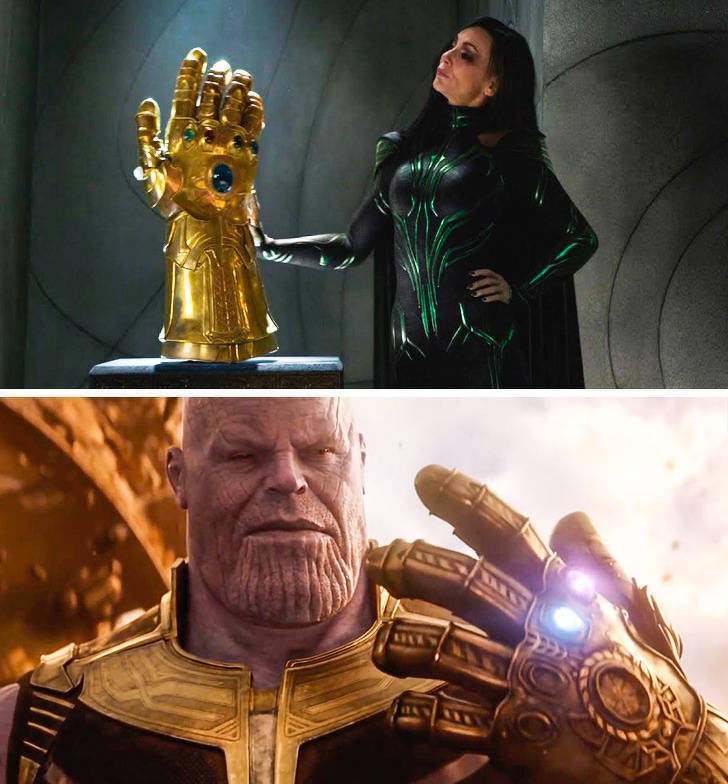 During his date with AI, Theodore (the main character of the movie Her) stuck a safety pin into his shirt pocket so that Samantha could see everything around.
18 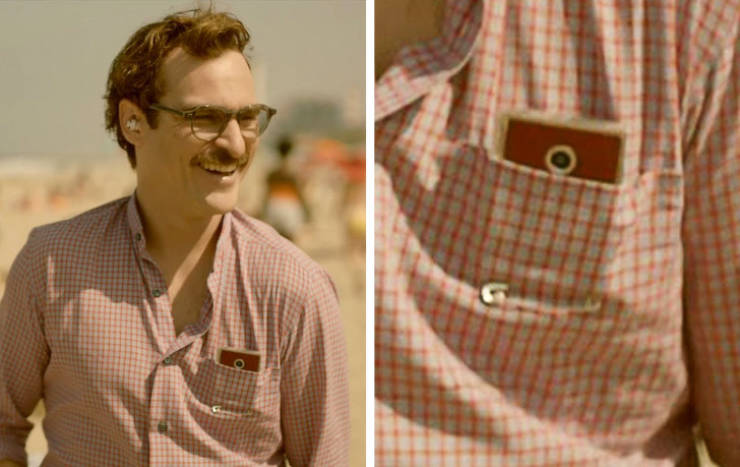