The Best Way To Interrupt A Wedding Photoshoot (16 pics) 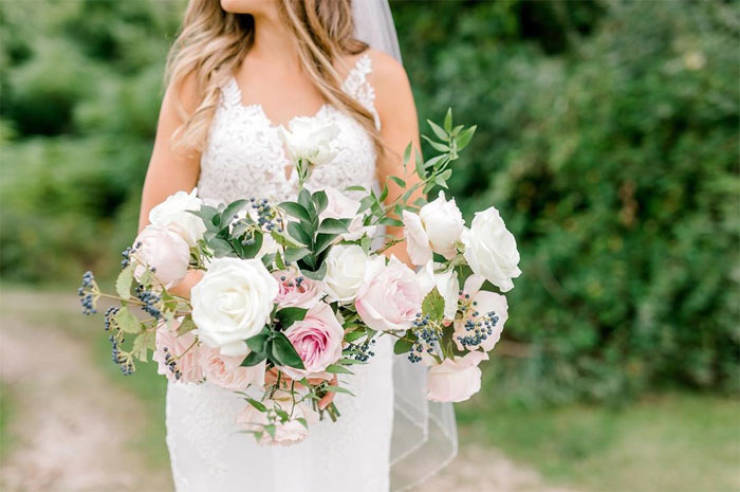 A deer had wandered up to bride Morgan and groom Luke 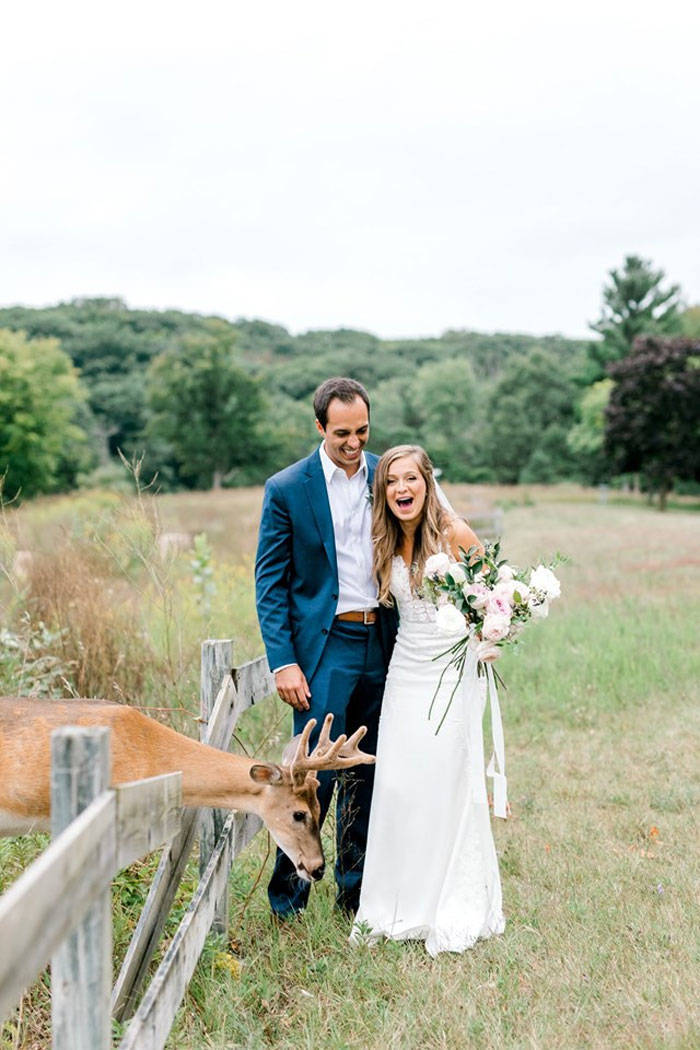 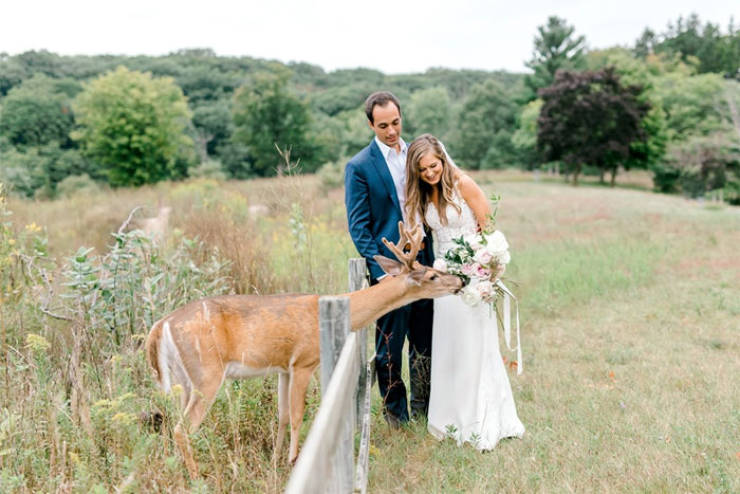 Laurenda, who is a self-taught photographer of 5 years, revealed to Bored Panda that the photo session with the deer was completely unplanned.

“The bride wanted photos over in a field on the same grounds as her ceremony and reception, so we headed that way after dinner for their golden hour photos. Well, it was very overcast that day and we didn’t have a true golden hour, but what happened instead trumped that pretty light we were hoping for.” 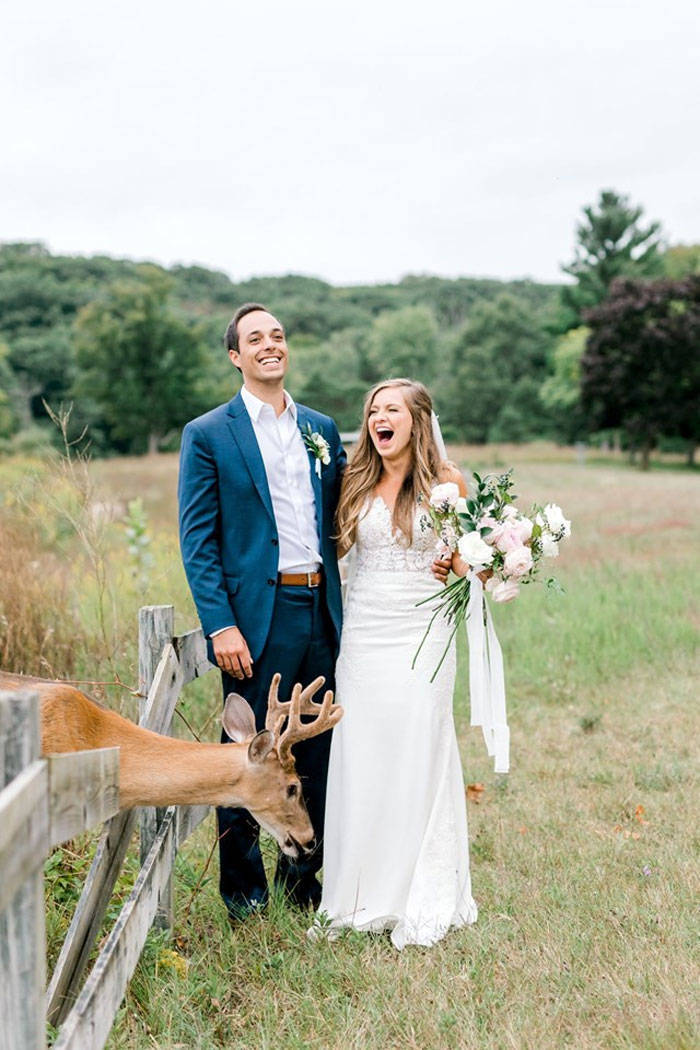 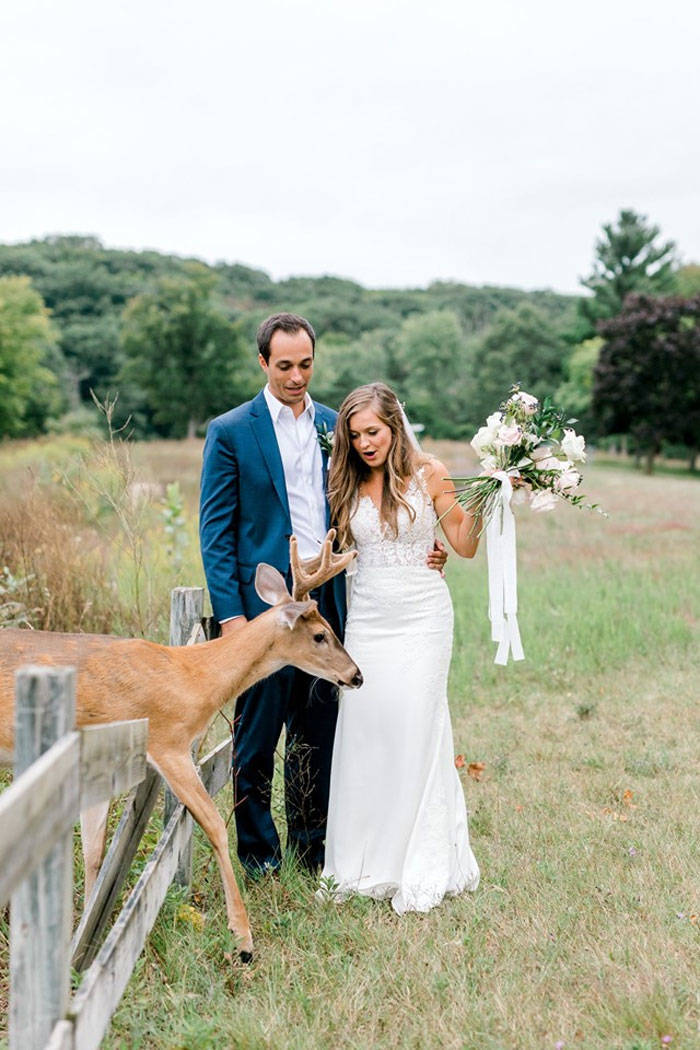 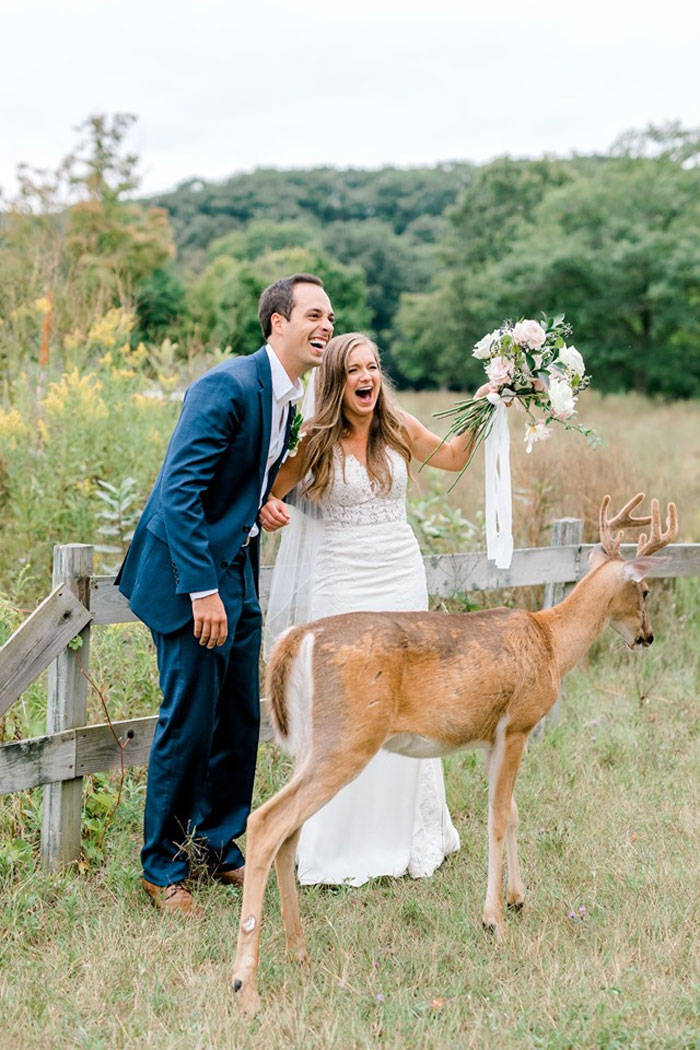 The photographer continued: “When we reached the field, we saw him. He was grazing behind a little white fence and as soon as we were in view, he walked right up to Morgan and Luke. He was very interested in Morgan’s bouquet and without any hesitation, walks right over the fence on a quest to consume her pretty florals. He was pulling roses out one by one. Morgan and Luke raised the bouquet a few times and he would jump up for it. I’m just in front of them snapping away, instinctively. Eventually, Morgan drops the bouquet, giving it up to the deer.”

“We walked away for about 15 minutes to finish up our portraits and when we came back, the deer was gone but there was 1 white rose still intact. Morgan joked it was like the final rose from The Bachelor.”

The deer was particularly interested in the bride’s bouquet, which was made by Melissa Anne 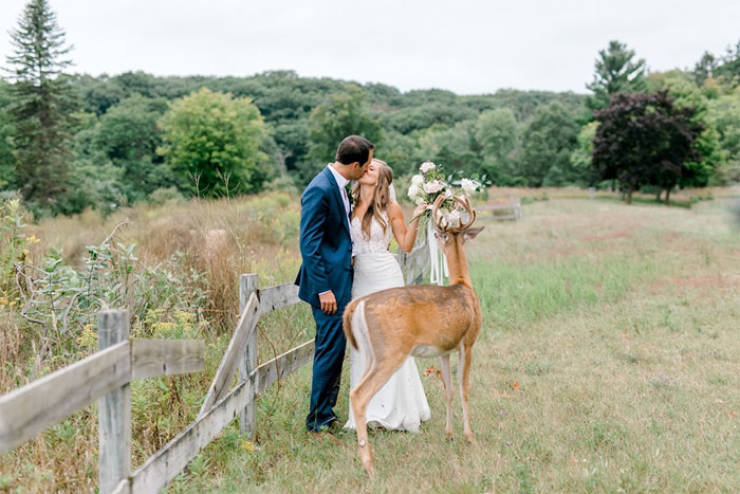 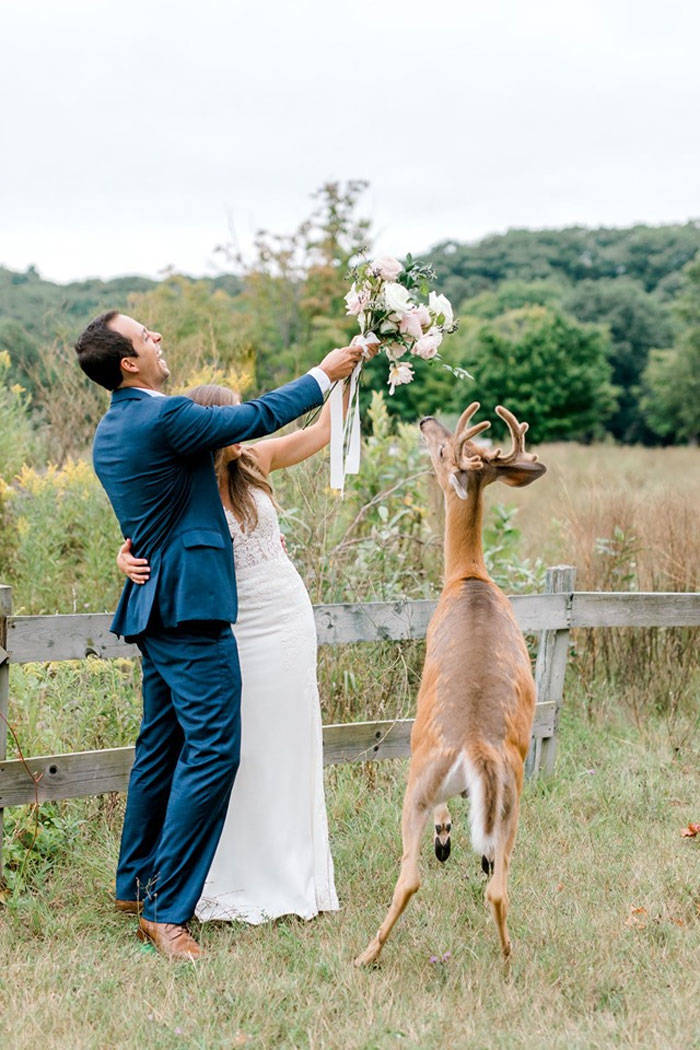 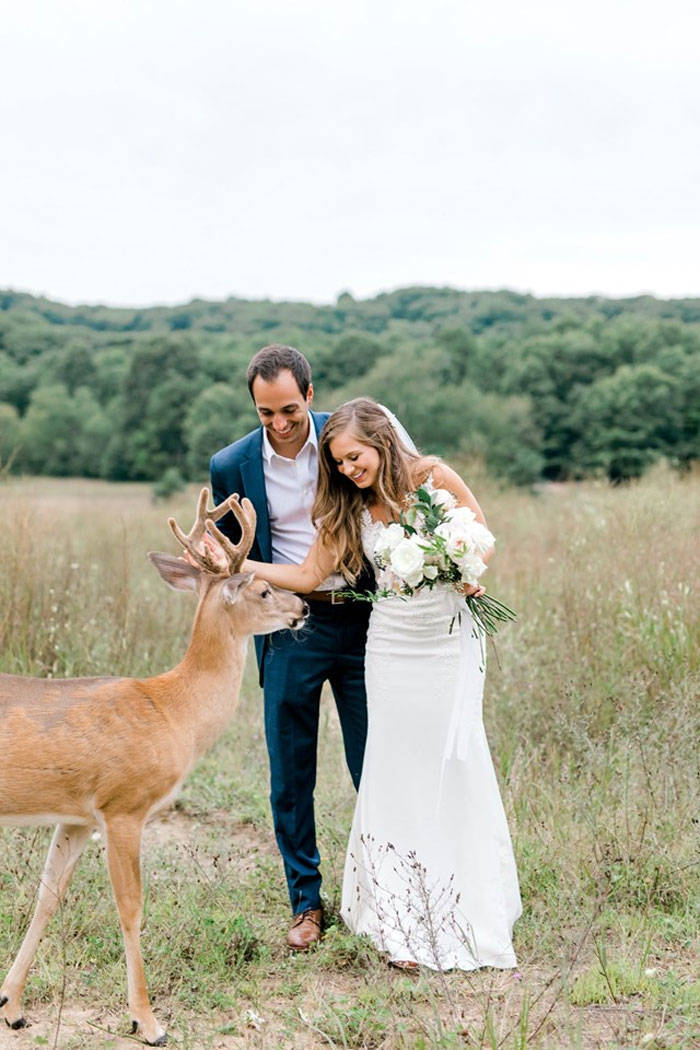 Laurenda admitted that “nothing has remotely come to being as cool as this moment was,” but she did joke about one photo session where there was a “seagull flying in the background.”

The photographer also shared what her philosophy for work and life is: “Look up and live in the moment. The most interesting and memorable parts of your story are likely not written in your calendar.”

She also had this to say: “We are grateful to be sharing such a unique circumstance with the world. All the positive comments and feedback have been humbling.” 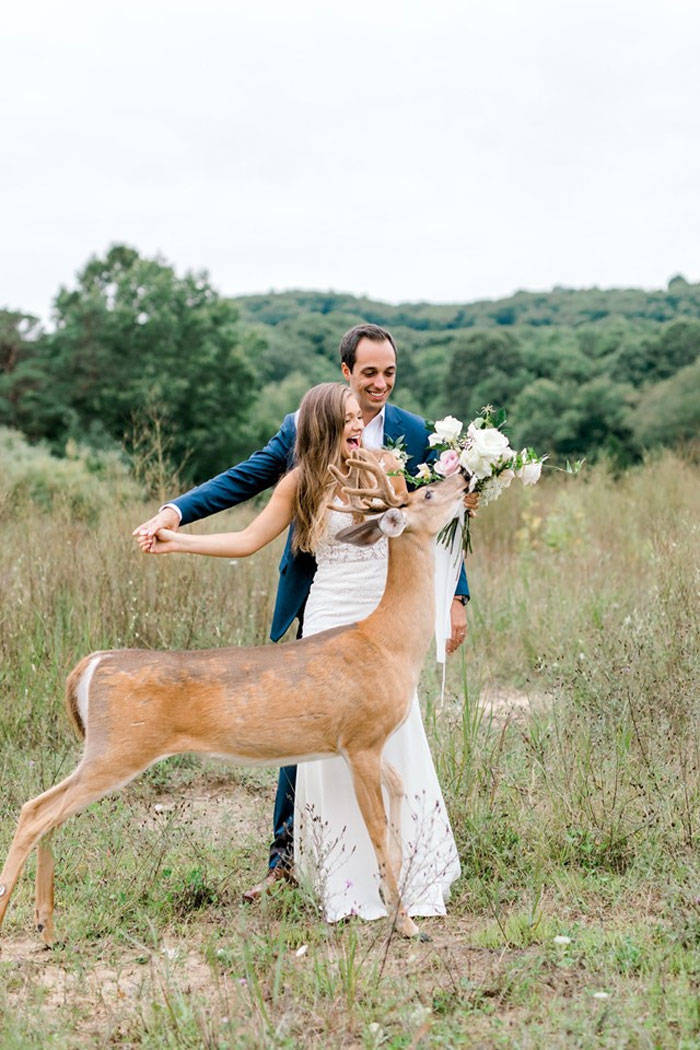 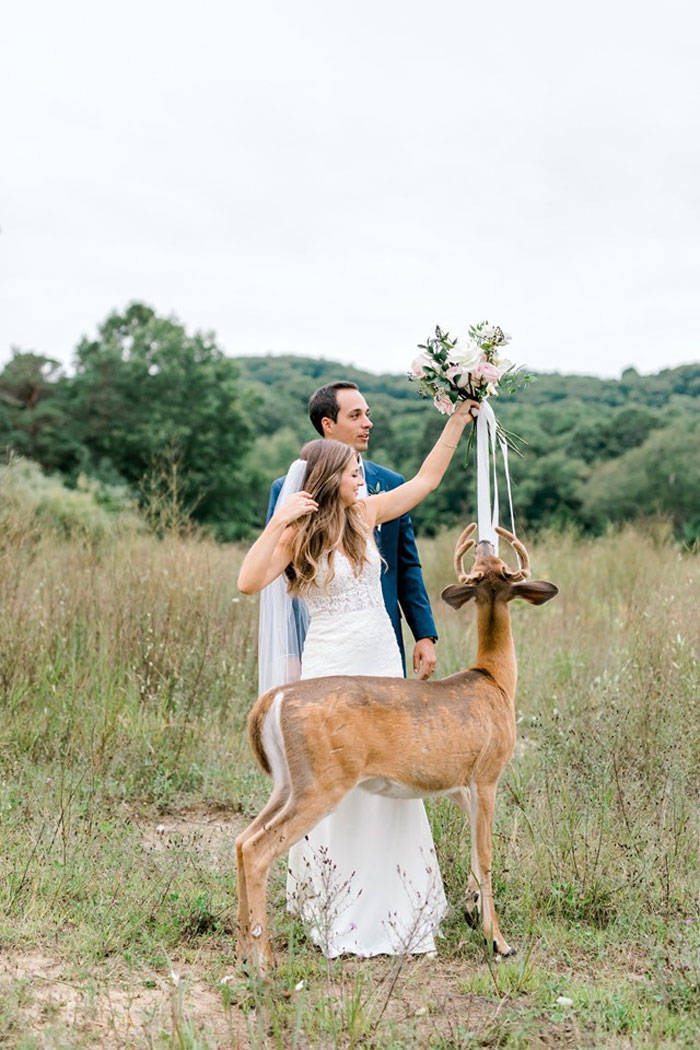 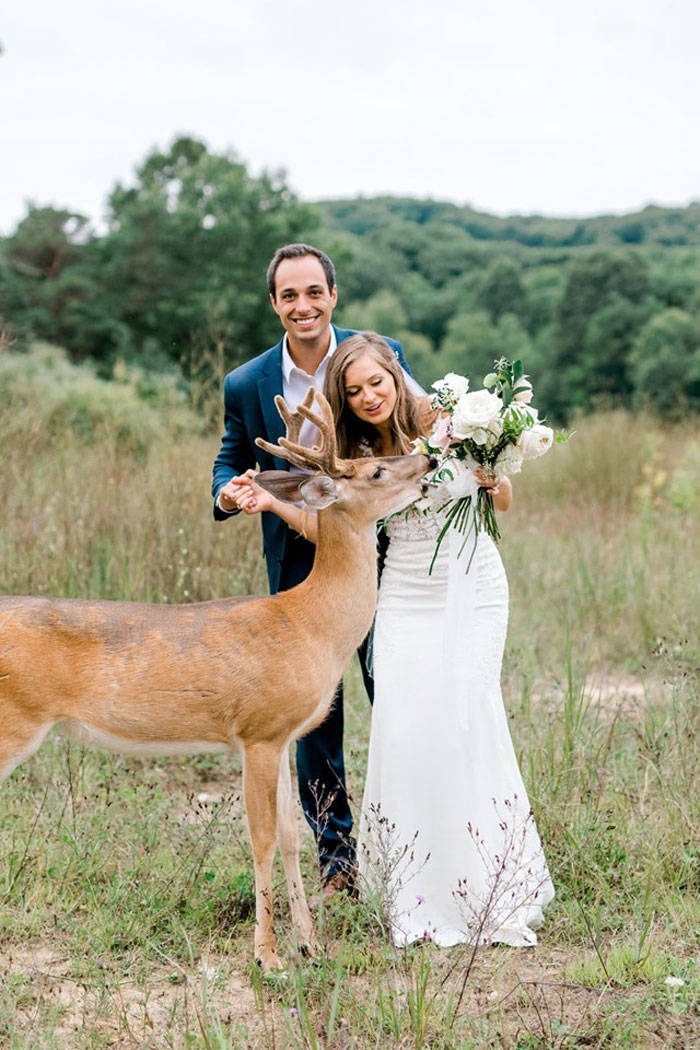 Here are some fun facts about deer in case you’re interested. This animal lives pretty much everywhere; the only place that it is absent from is Antarctica. Every single species of deer has antlers, except for the Chinese water deer, which has extra-long canine teeth (as long as a vampire’s)!

According to One Kind Planet, every year a deer’s antlers fall off and regrow, and most deer, when born, have white spots that disappear when they grow older. These white spots help the deer camouflage themselves from anyone meaning to do them harm. Because the deer in Laurenda’s wedding photos seems to have faded spots, we can guess that it’s probably close to adulthood. 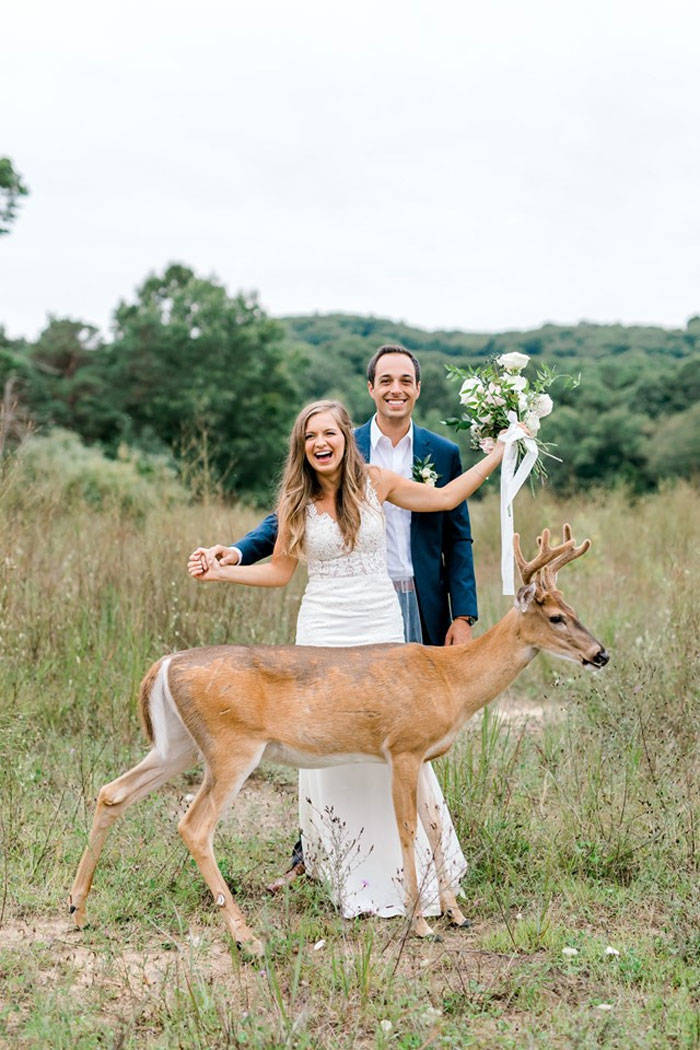 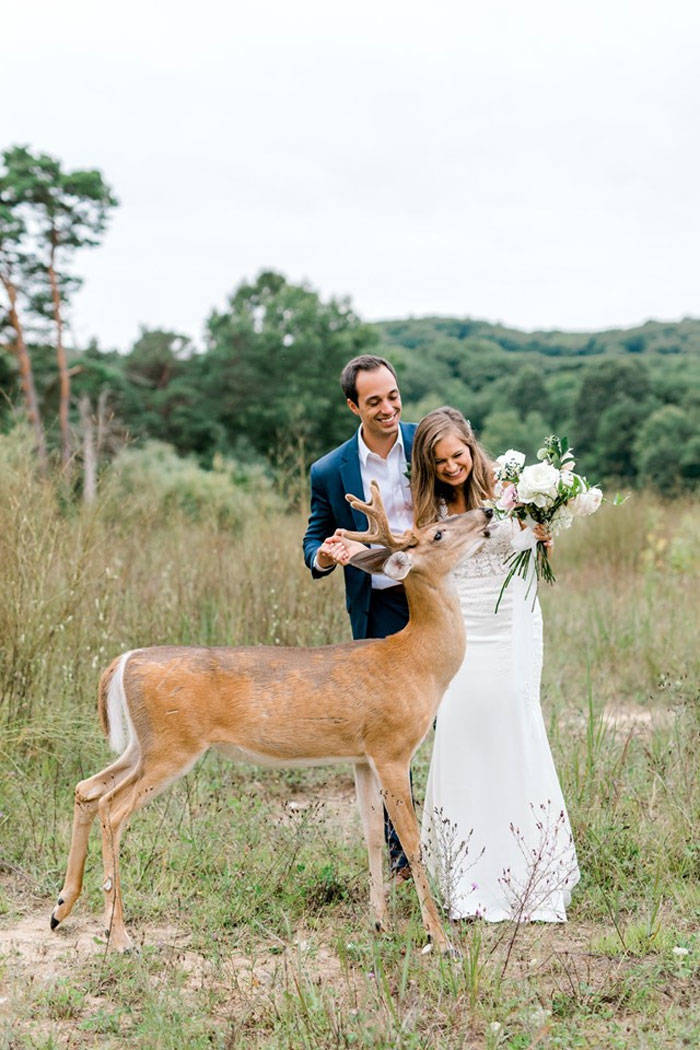 The couple eventually gave the bouquet to the inquisitive deer 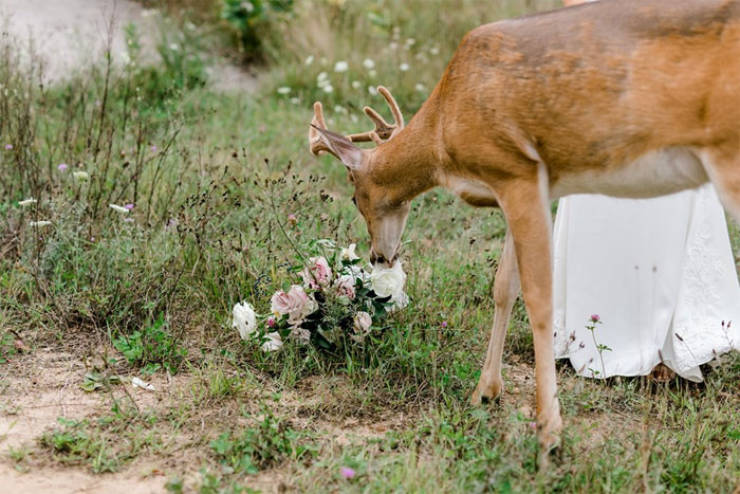 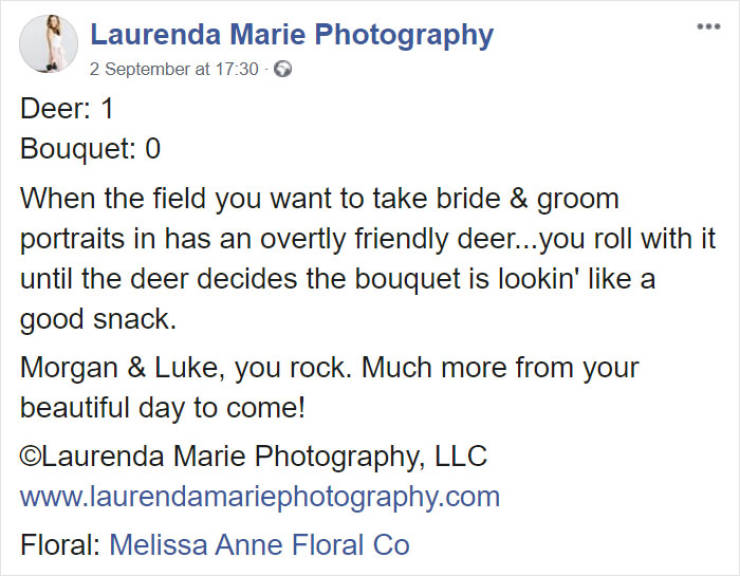