Swedish sculptor and archaeologist Oscar D. Nilsson scans skulls to make vinyl-plastic replicas with a 3D-printer. Then, sex, age, weight, and ethnicity are determined. After this, it’s all up to Nilsson, who hand-sculpts the faces, muscle by muscle using plasticine clay. Once that is done, a mold is made and the face is cast in silicon. 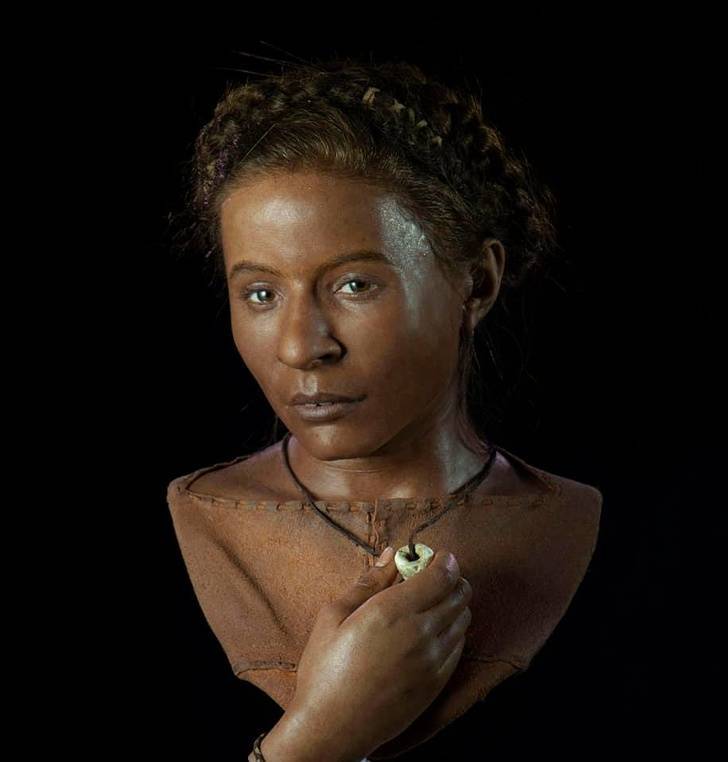 When she passed away 5,500 years ago, this young woman was about 20 years old. Sadly, her DNA wasn’t well preserved, but DNA analysis from other Neolithic people found in Brighton revealed that their skin color was similar to those who currently live in North Africa, and maybe even a bit darker.

The Wari Queen, a 1,200-year-old finding from Peru 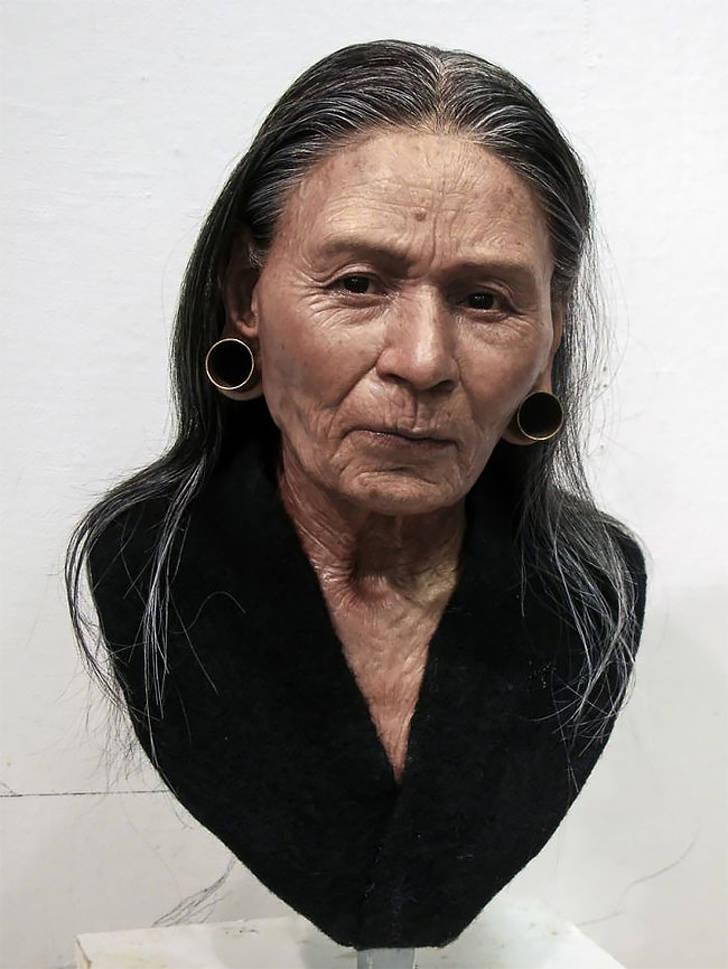 This elderly woman was a very highly ranked person in the Wari Empire, which later became the Inca Empire. Her social status was clear from the amazing set of objects in gold found in her grave. 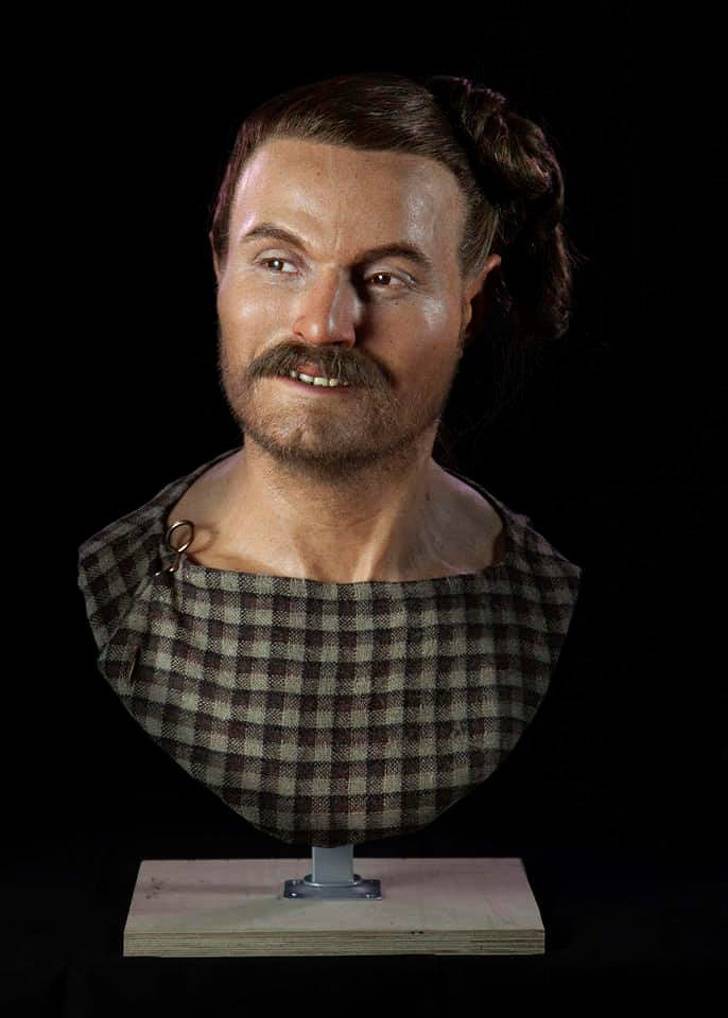 He was around 24 to 31 years old when he died and his bones told the story of a man who lived a good life. He was robust, strong, and healthy, with handsome facial features.

Also worth mentioning is his hairstyle. Nilsson’s inspiration for it was the so-called “Suebian knot,” where the hair is tightly swept to the side of the head in a bun. A number of Germanic tribes had variations of this hairstyle. 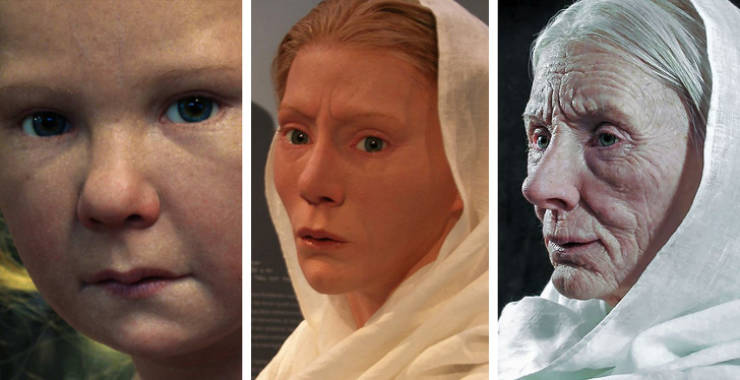 She was a mighty and highly respected woman who reached 80 years of age.

A Neanderthal woman, thought to have lived 45,000 years ago, discovered in Gibraltar in 1848 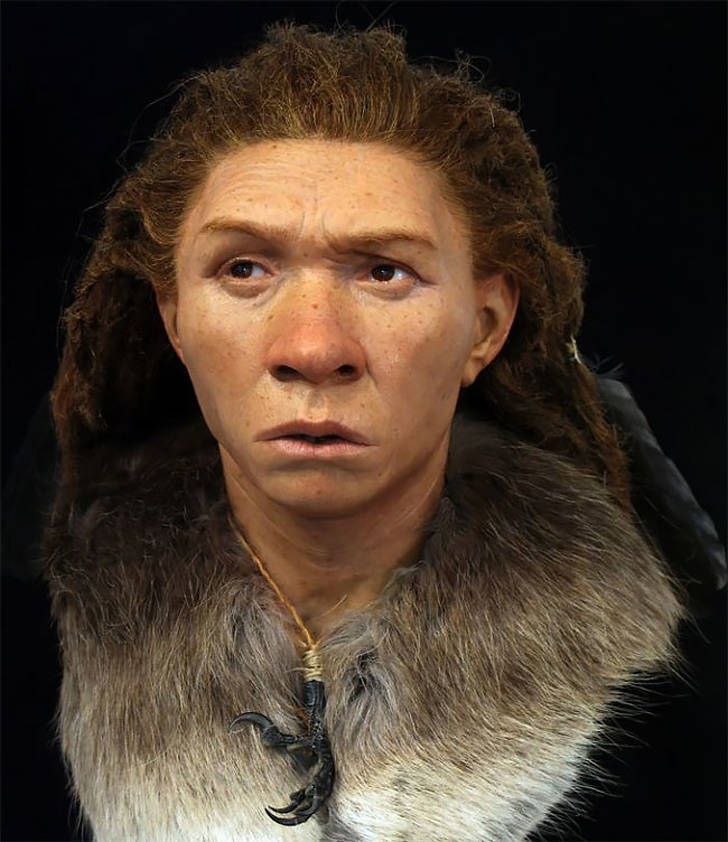 A Cro-Magnon man whose skull was about 30,000 years old 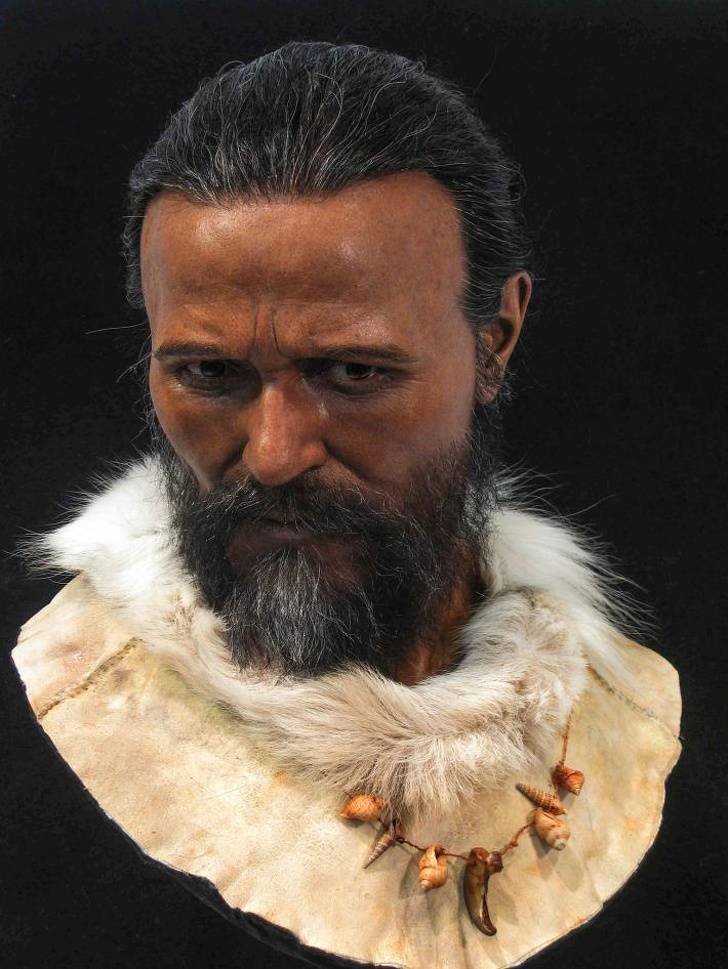 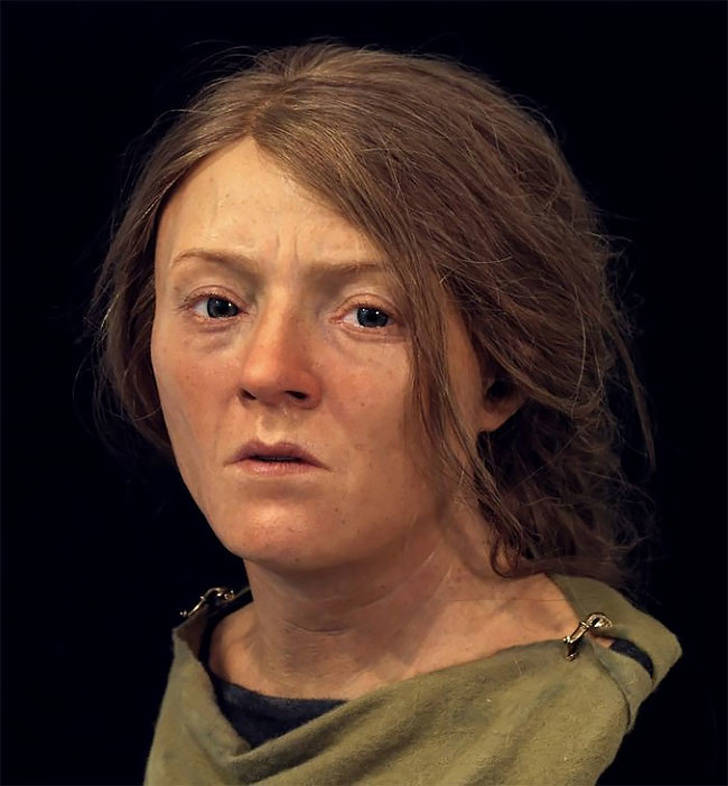 Not much is known about this woman. From her skeleton, researchers could only tell that she had led a difficult life due to hard work and was between 25 and 35 years old when she died. And a particular finding in her grave left even more space for mystery: iron nails.

Iron nails on a grave could be the result of a somewhat sloppy sealing of the coffin she was laid in. Or, it could be a token of superstitious beliefs, since there have been cases where deceased people were buried with nails in and around them in order to prevent them from haunting the neighborhood after death.

Birger Jarl, a Swedish ruler from the mid-13th century 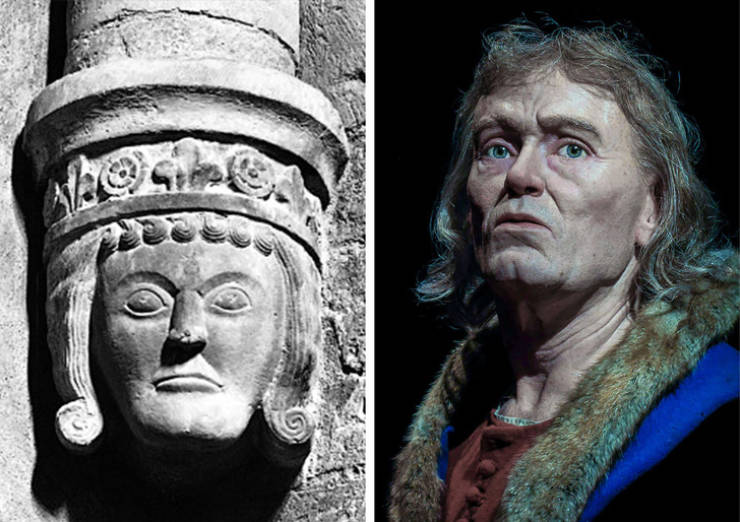 Known for being a tough, but visionary man, he is said to have founded Stockholm sometime around 1250 A.D. He was buried in Varnhem, Sweden, with a stone sculpture that portrayed him. Nilsson admitted that one of the reasons he accepted this project was to see if the reconstruction would bear resemblance to the stone sculpture. What do you think?

A Viking Age man from the late 10th century, found in Sigtuna, Sweden 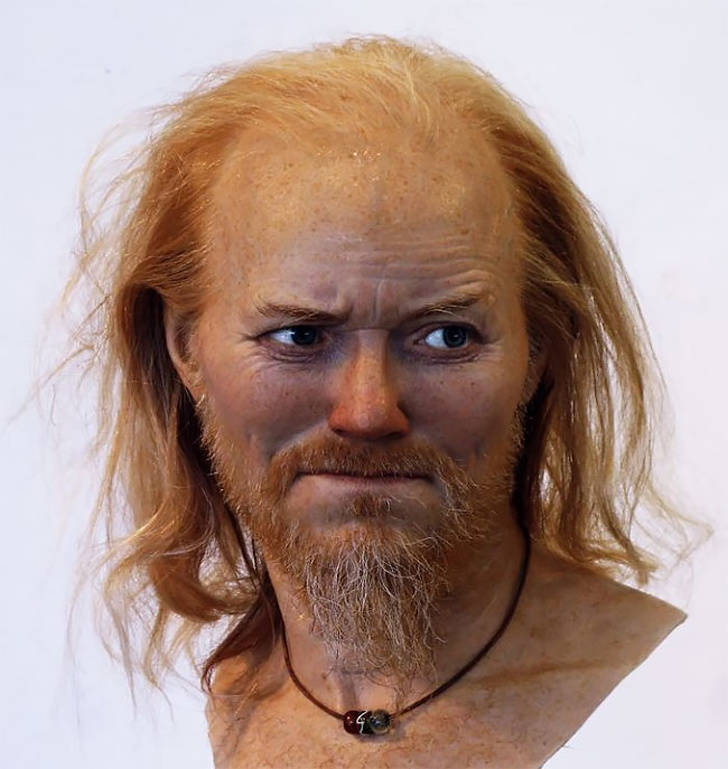 He was at least 45 when he died and his remains showed no cause of death. But there was something about his bones that was of great value to the researchers: his DNA. Its analysis revealed his hair color (red, blonde), eye color (blue) and skin color (pale skin). And so, this became the world’s first reconstructed Viking where these features were uncovered from preserved DNA!

A young Swiss man who lived in the 8th century A.D. and was named Adelaziy Elbakhusom by the researchers 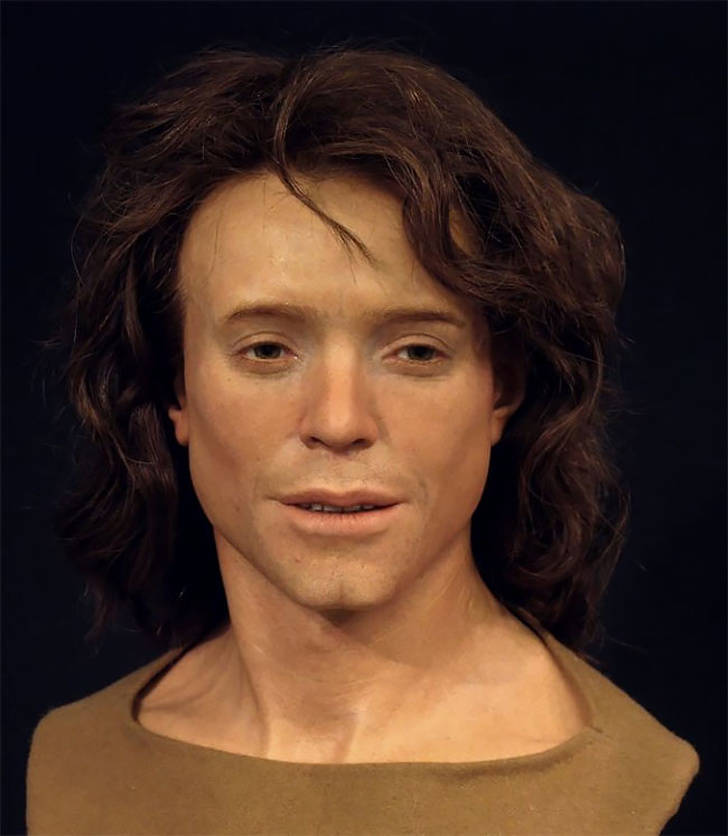 The Stafford Road man lived in Britain in the 6th century. 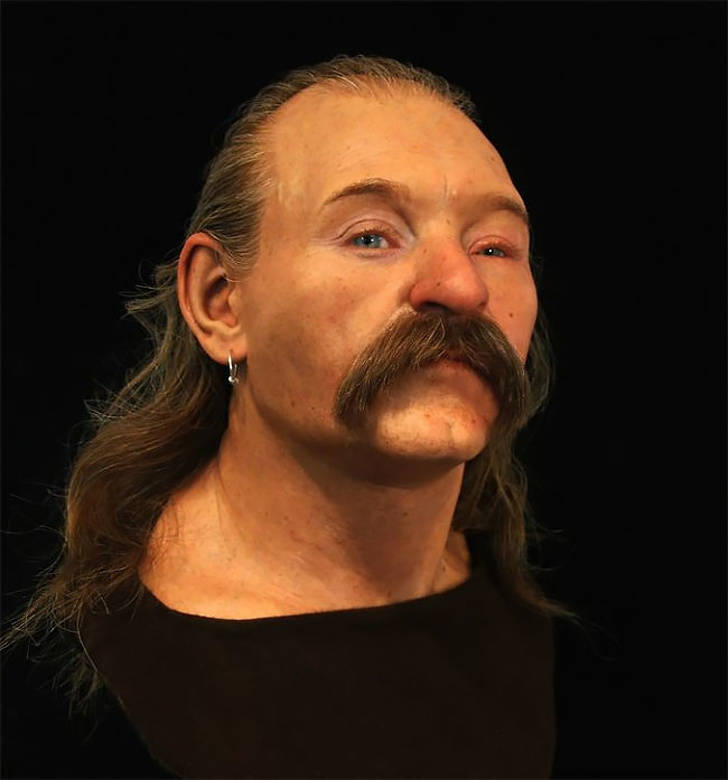 At least 45 years old at the time of his death, “The Stafford Road man” may have been a soldier. His bones revealed very strong muscle attachments, which means he was really strong. They also showed signs of severe trauma.

A medieval man from Västerås, Sweden 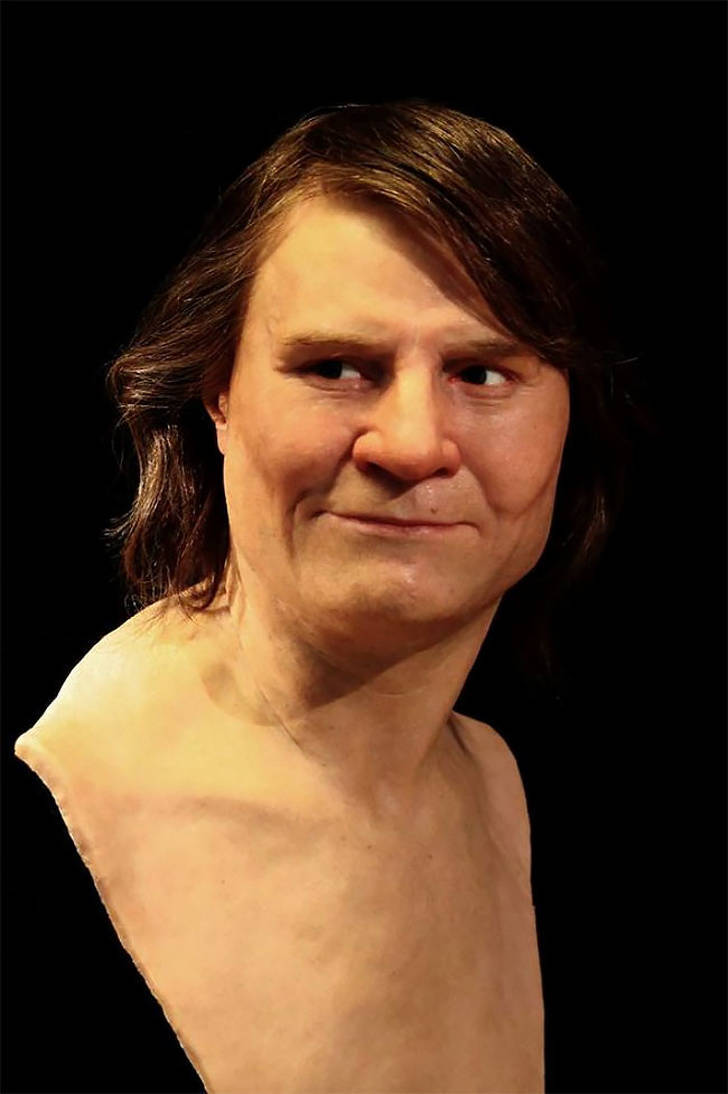 The Tybrind girl. Her remains are about 7,000 years old. 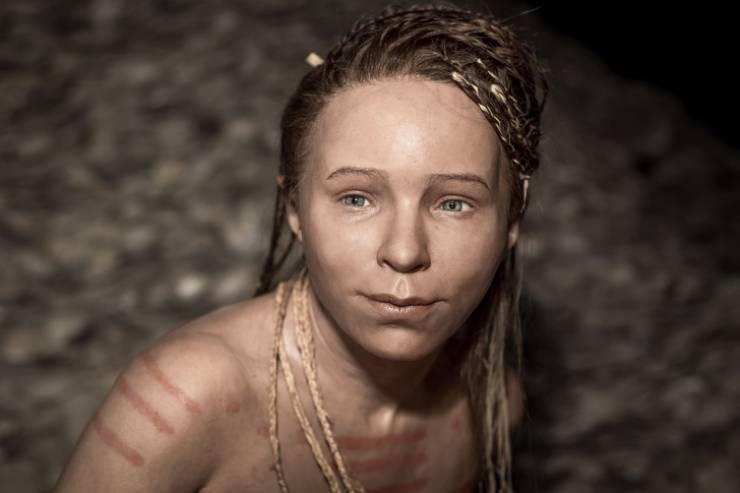 Nilsson hopes his reconstructions make history and museum visits more personal and filled with real humans that the public can connect to emotionally. 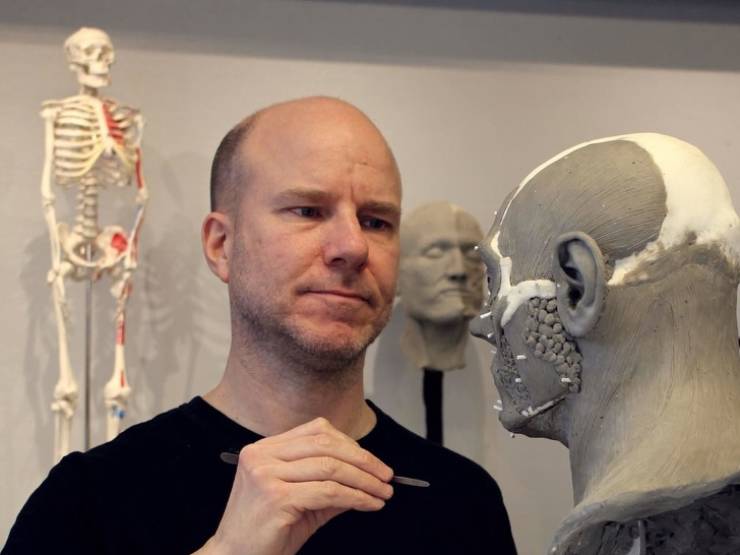