A website published a photo of this incredible cat, Mr. B. After doing this, they got over 3,000 applications and inquiries for adoption.
1 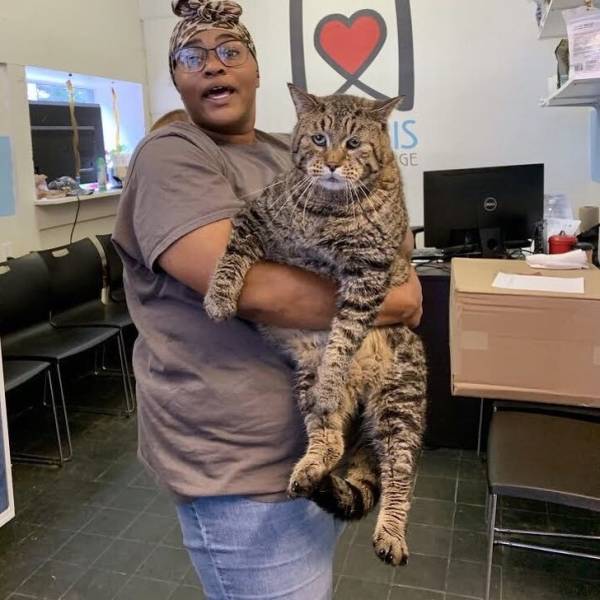 “Adopted my cat 6 months ago from a local rescue and I don’t think she had ever seen carpet before. She laid like this for about 30 minutes without moving.”
2 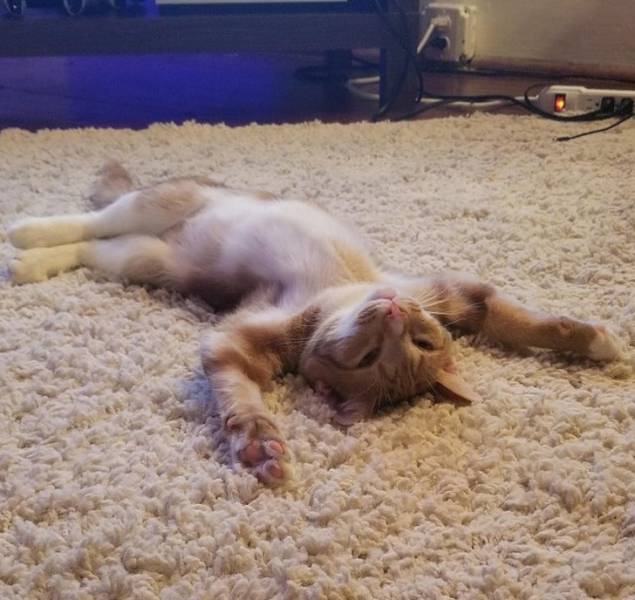 “I work in remote areas as a geologist. I was leaving my camp this morning and heard meowing. I turned around and this little fella followed me, climbed onto me, and promptly fell asleep. I think I’ve been chosen. World, meet Spud. He’s asleep in my field lab now after enjoying wet food and water.”
3 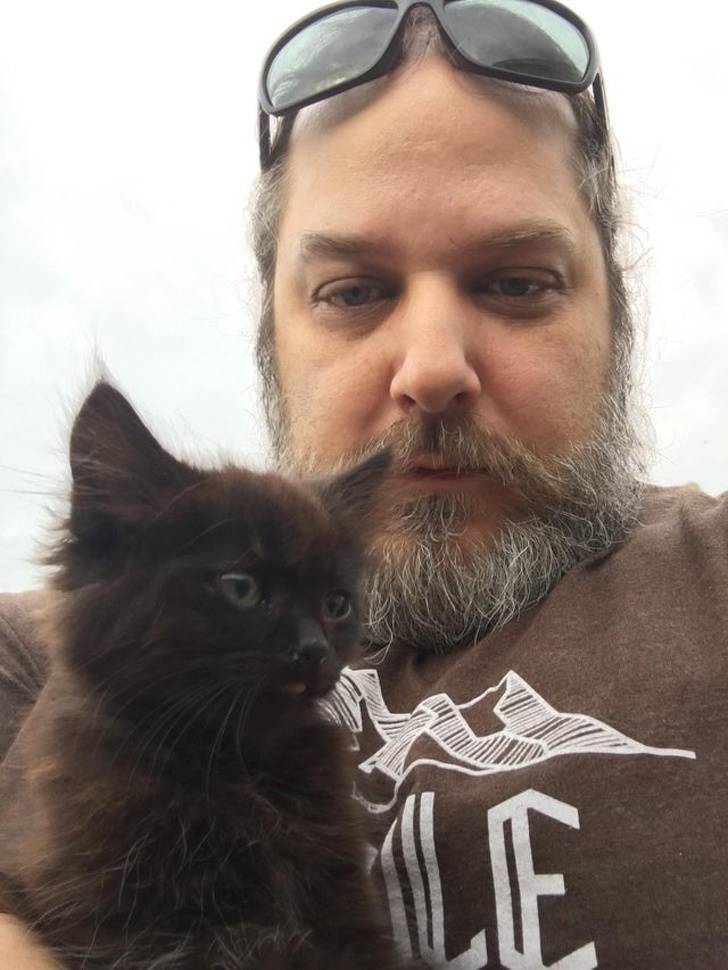 “Brought this baby girl home from the shelter today and she hasn’t left my side since. Meet Clover.”
4 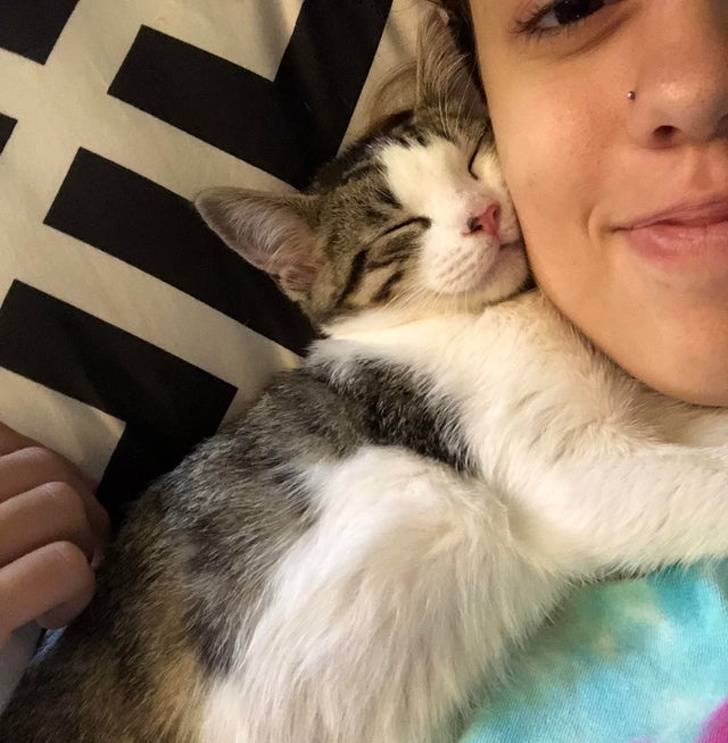 “She just showed up so we kept her around. Today it became official. She’s pretty happy about it.”
5 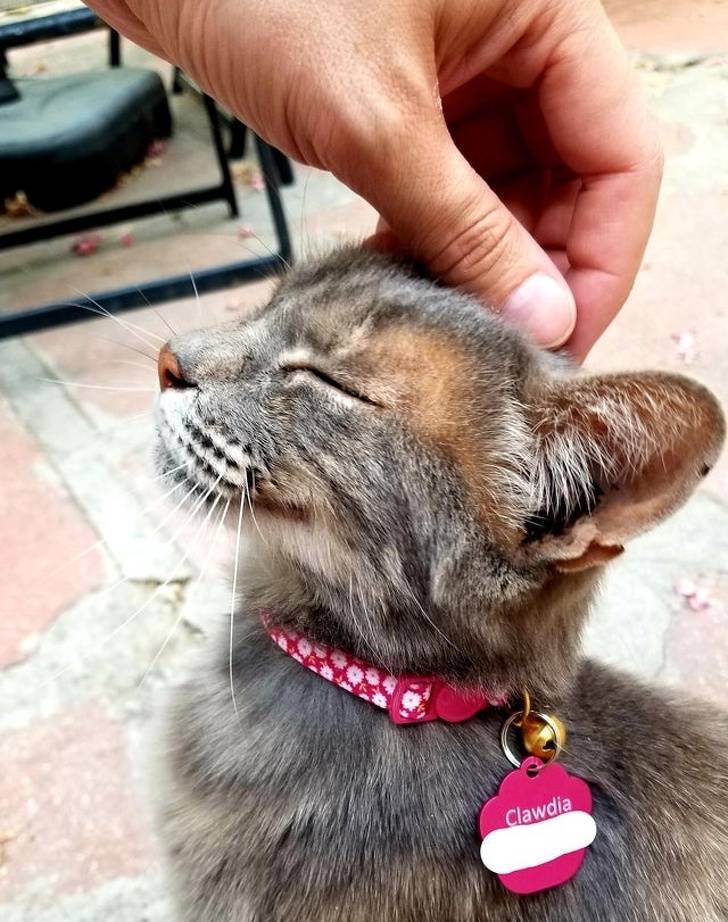 This is what love and care can do.
6 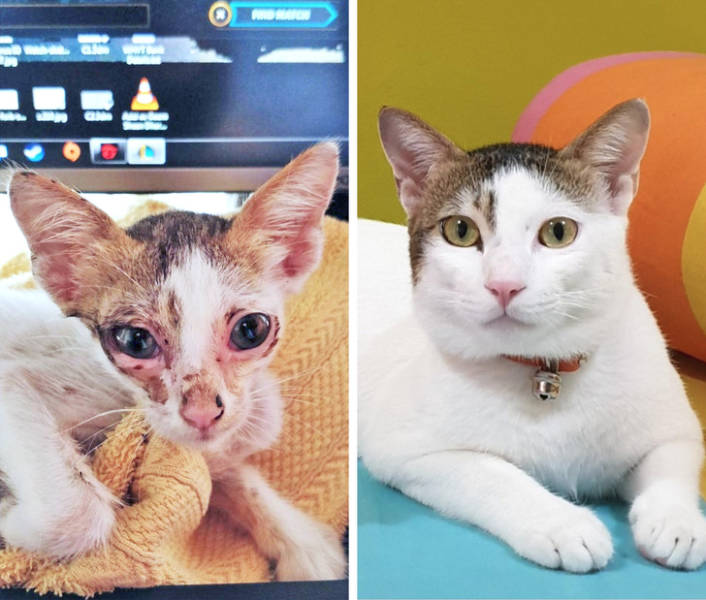 “I found this cat and couldn’t find its mother so I guess I own a cat now.”
7 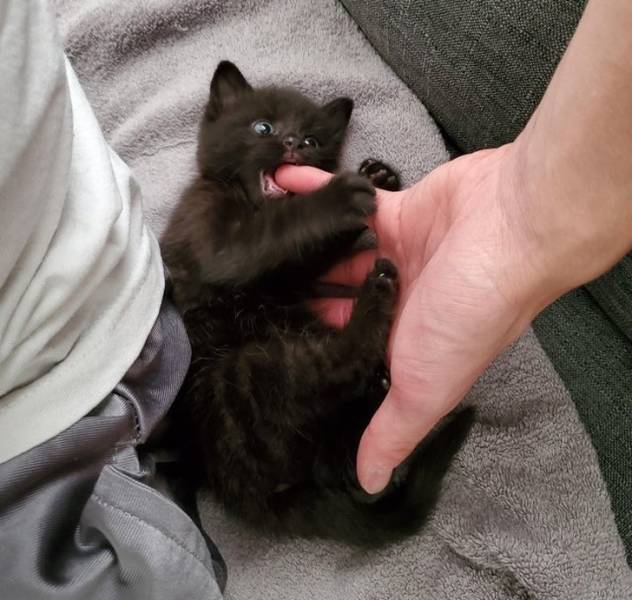 “Went to the local shelter just to look...and left with this cutie. Meet Aya!”
8 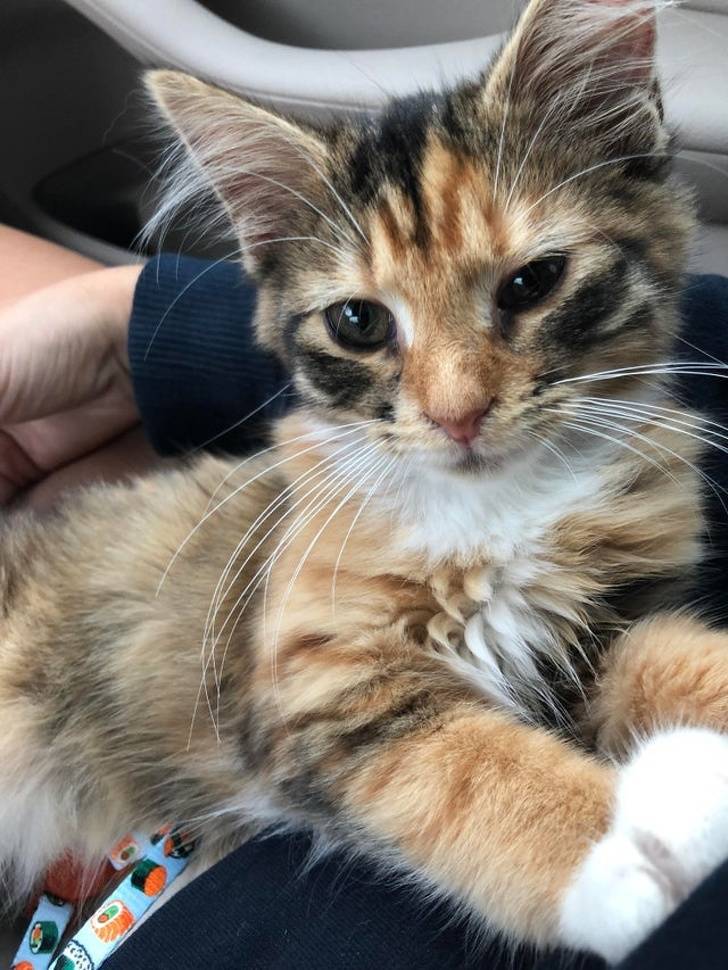 A woman took a cat from the shelter and returned the next day. As it turned out, Mojo got into the shelter with his best friend, a 16-year-old cat named Max.
9 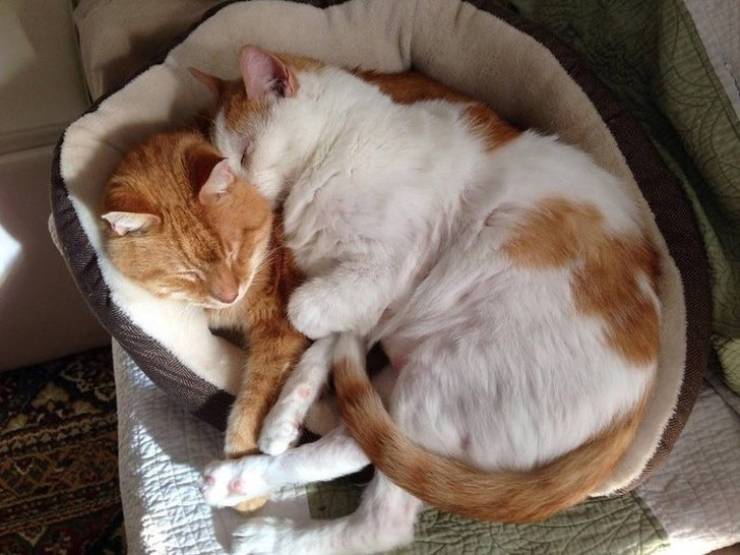 “My dog Wynter went from living on the streets to relaxing in my backyard.”
10

Advertisement
“Just moved into a new house and found a roommate.”
11 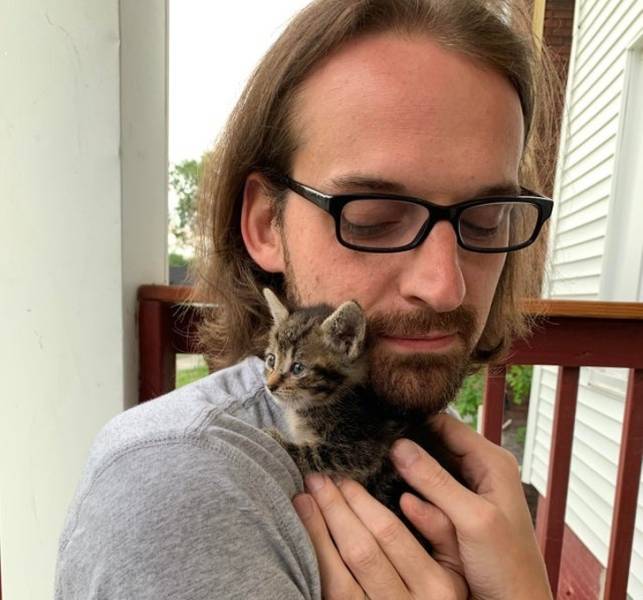 “Was told he was very shy yesterday when I adopted him...”
12 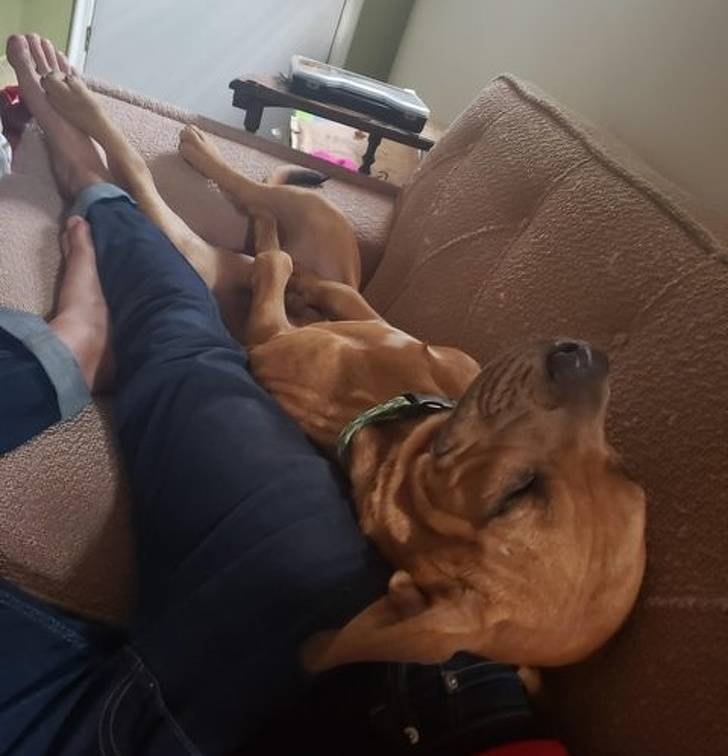 “Rescued this guy from a shelter. He was there for 8 months and no one wanted him. I believe he was waiting for my wife and I. Meet Hunter Bigol Pupperton McGillicuddy!”
13 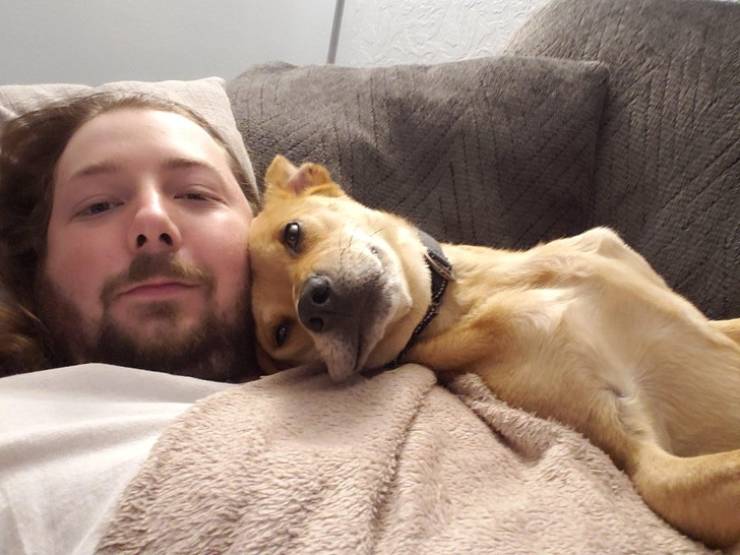 “We brought home Huxley and it didn’t take long for him to make himself at home!”
14 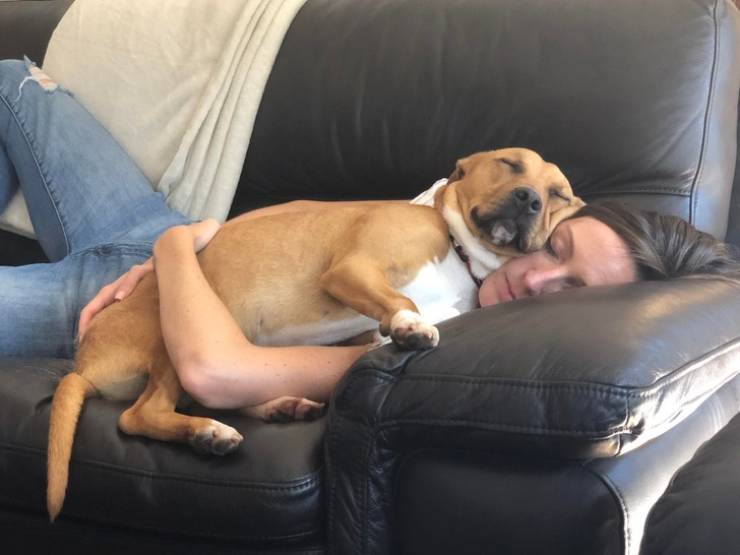 “So glad we adopted these twins. They’re inseparable.”
15 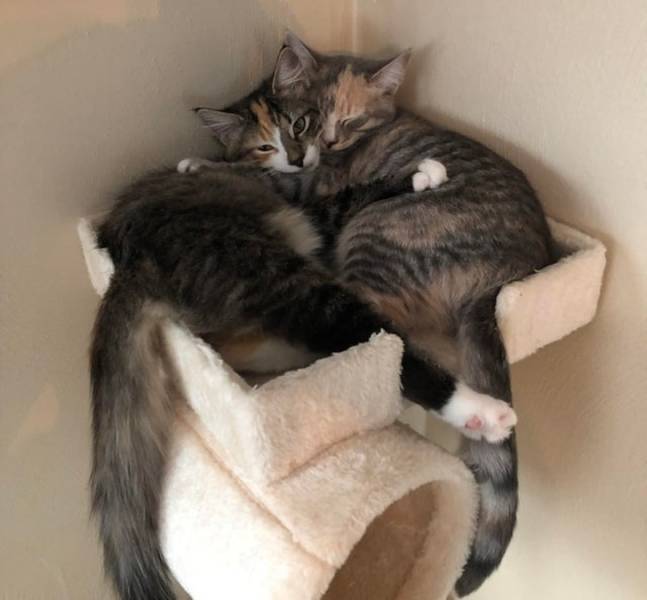 “Just 6 weeks of love and care and he is completely transformed! Found him half dead by the street on a rainy day.”
16 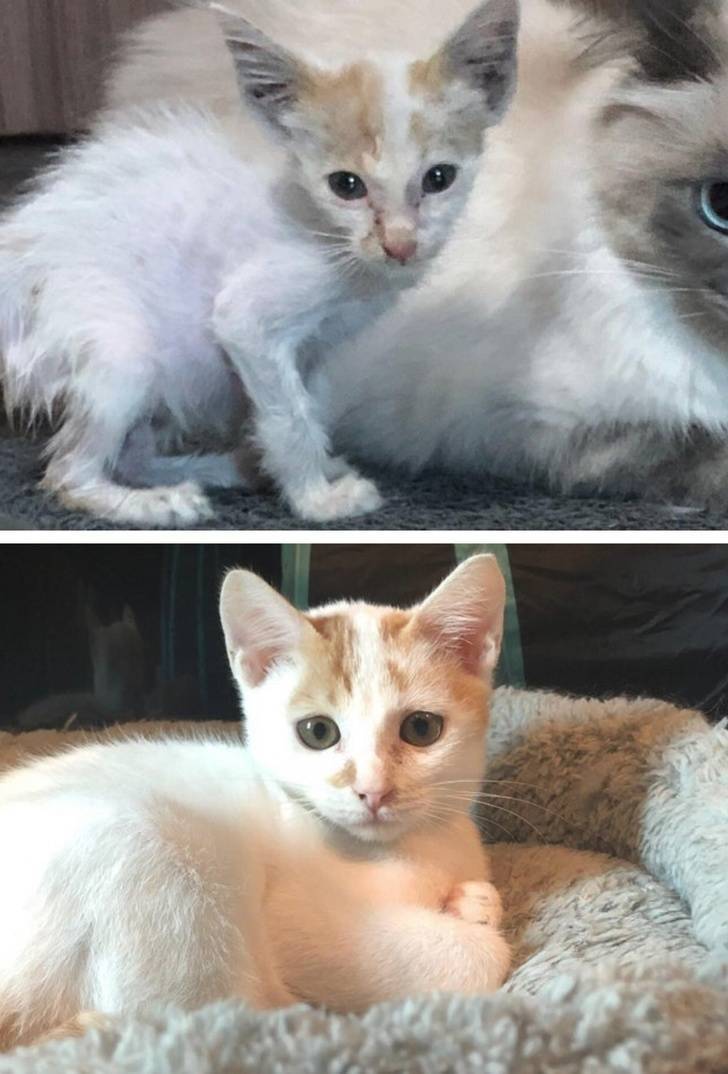 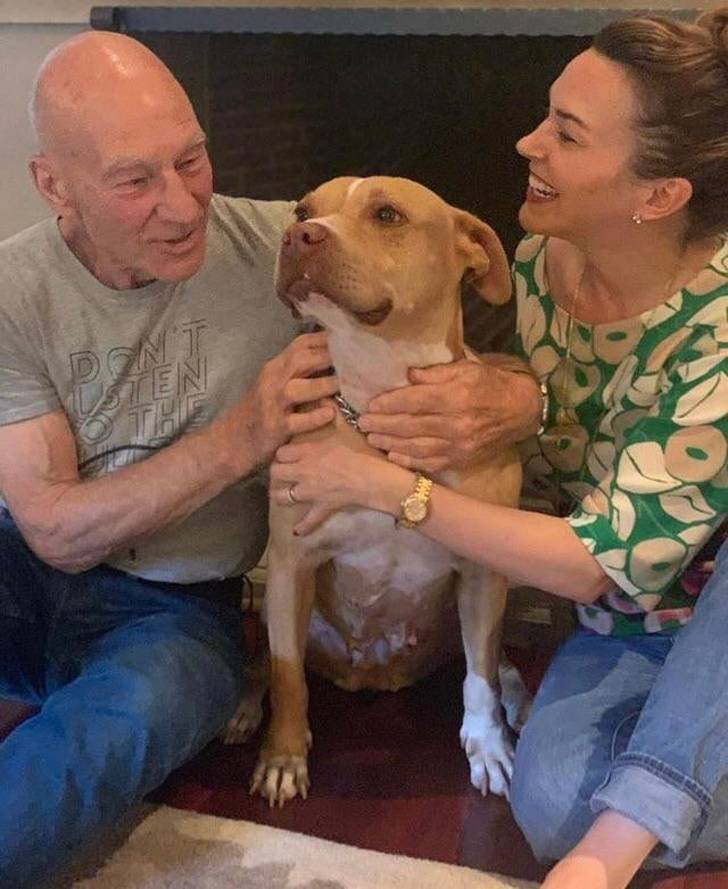 “3 years ago, we found this little guy under the porch and here’s what he looks like now!”
18 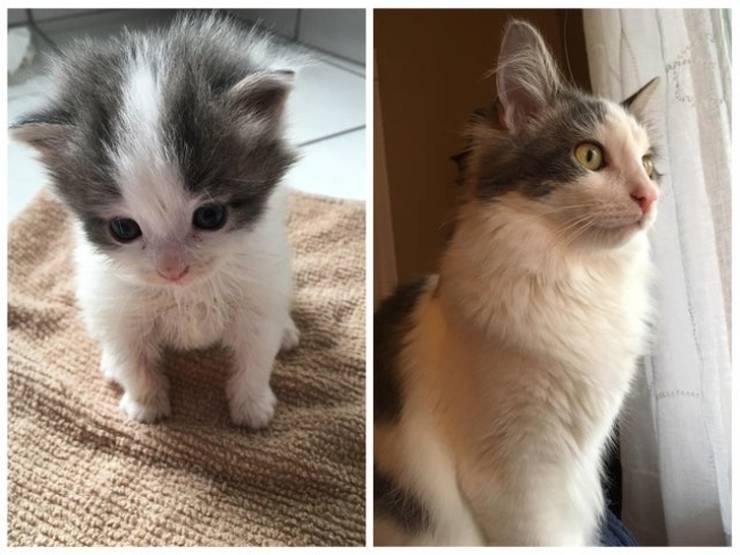 “Just picked her up and she fell asleep like this. On our way to her new home now!”
19 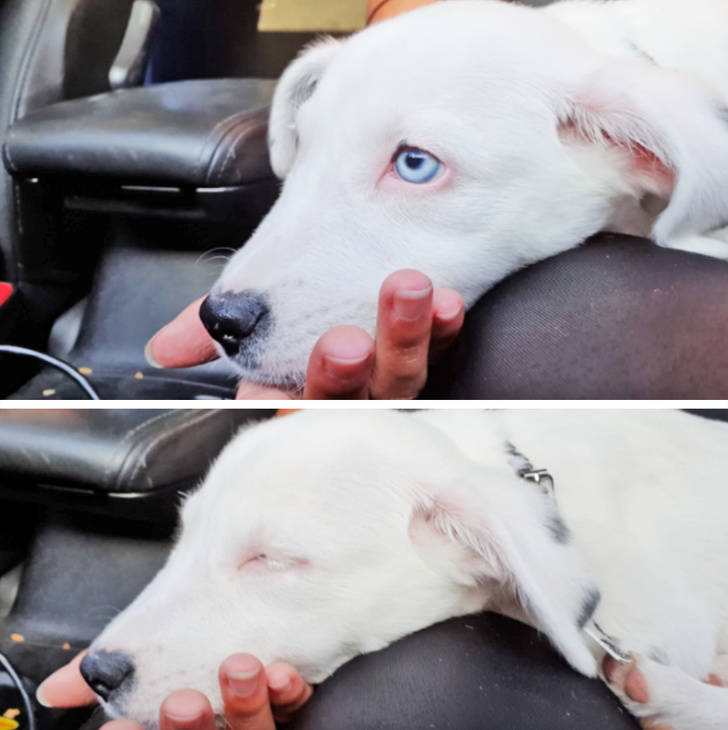 “The day I brought little Owen home vs 1 year later — he grew into quite the majestic cat.”
20 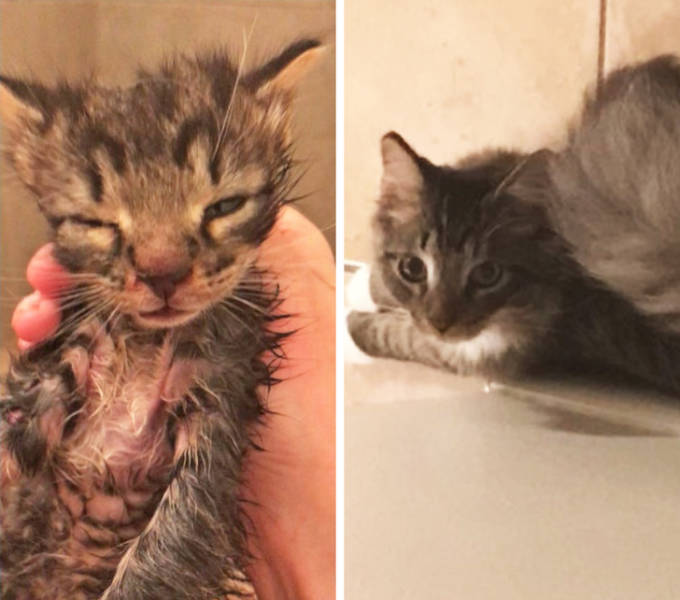 “I adopted Butter today and he is very excited to be in his new home.”
21 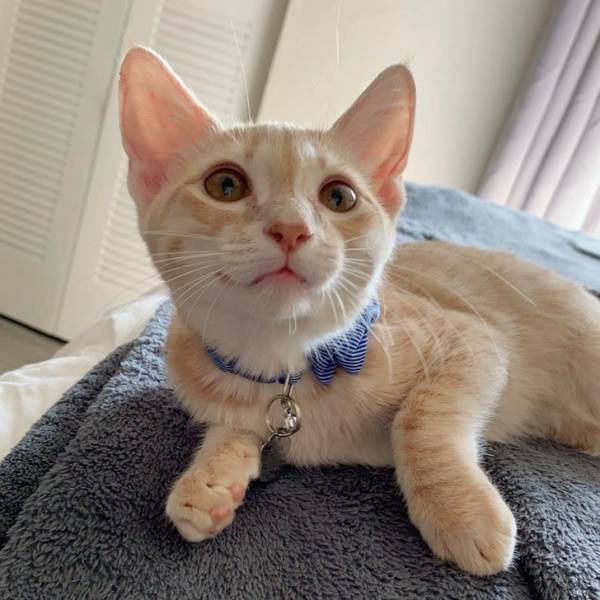 “So this little guy was literally running for his life in the street during school pick-up. I saved him and cloaked him in the security of my beard.”
22 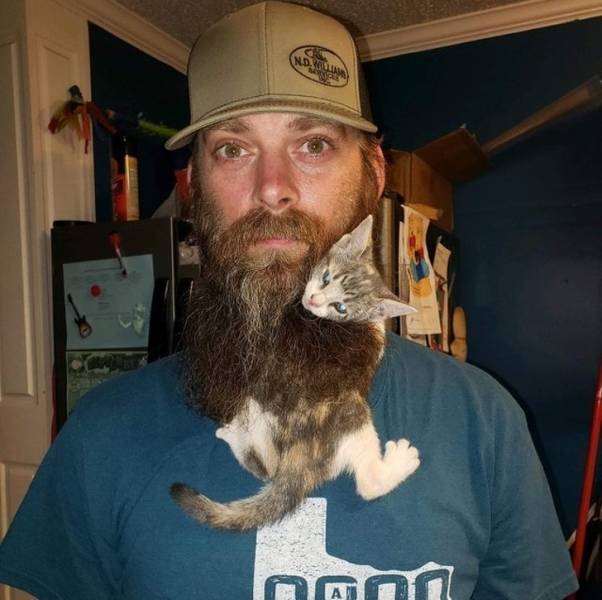 “They told me she was aggressive and a ’problem cat’ and would take a long time to warm up. She revealed herself to be a cuddle bug as soon as I got her home and cleaned up. She just needed a good home and a second chance!”
23 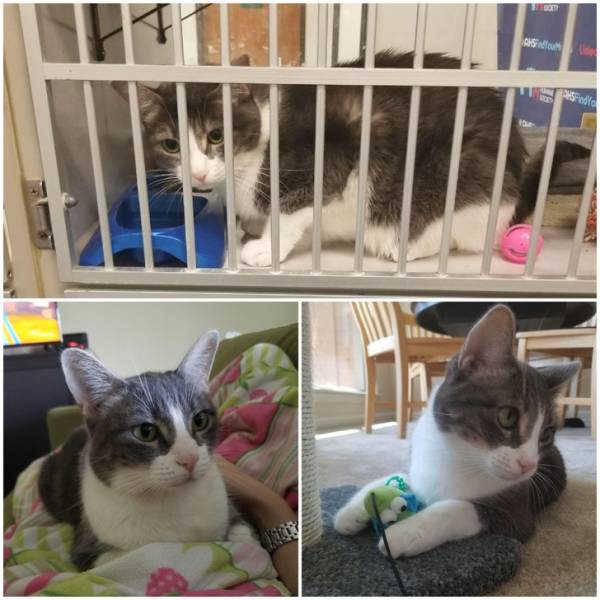