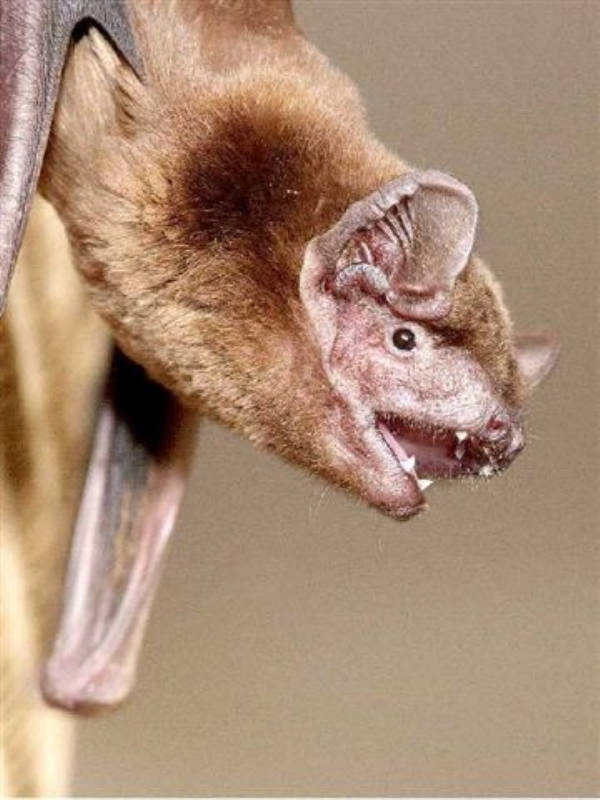 The Kitti hog-nosed bat is the world’s smallest bat and weighs even less than a penny.

This bat is the only known living species in the family Craseonycteridae. The last common ancestor they share with any other bat species was over 40 million years ago.

The Disk-winged bat comes equipped with suction cups on their ankles and wrists that help them stick to smooth tropical leaves.

This gives them a high, safe place to rest in the bustling tropical forest, and it is freaky to look at.

The Bulldog bat, which is named for its dog-like face, uses sonar to catch fish. Flying above the water, it can sense ripples caused by the underwater movements of its prey. The bat can then swiftly skim the surface and pluck fish out of the water. 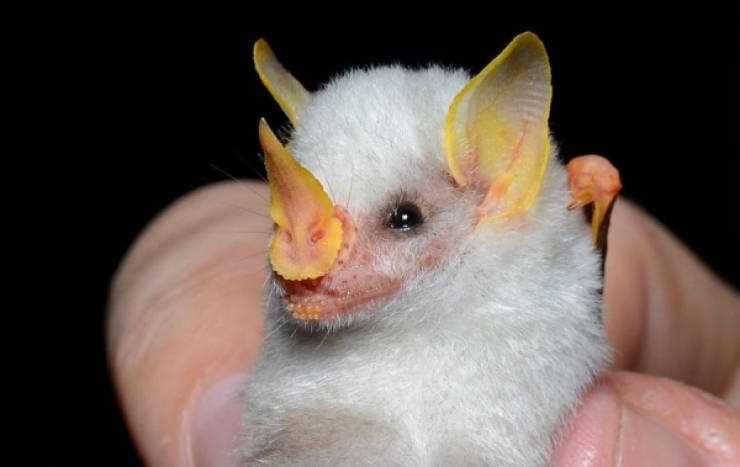 The Honduran white bat creates shelter by gnawing the veins of large tropical leafs. The bat then folds the leaf into a tent that protects them from rainfall and predators.

The males of several bat species woo their mates with tunes that are as complex as those of songbirds.

The bats learn the songs from their parents, but to stand out from the crowd each bat must alter the music to create their own tune. 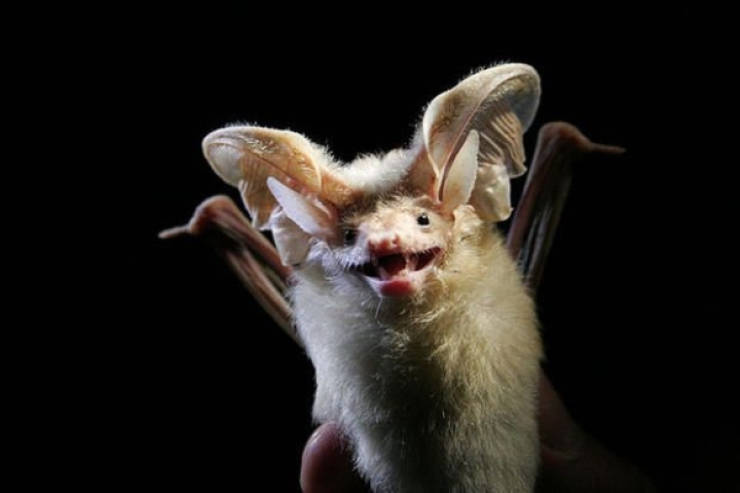 They possess an extremely high resistance to scorpion venom and can take multiple stings to the face and body when catching their prey.

Even one of the most dangerous scorpions in the world, the Deathstalker, is no match against a Desert long-eared bat.

The Tube-lipped nectar bat has a tongue that is 1.5 times the length of its body.

When the tongue’s not in use, it’s stored in the bat’s chest, next to its heart. 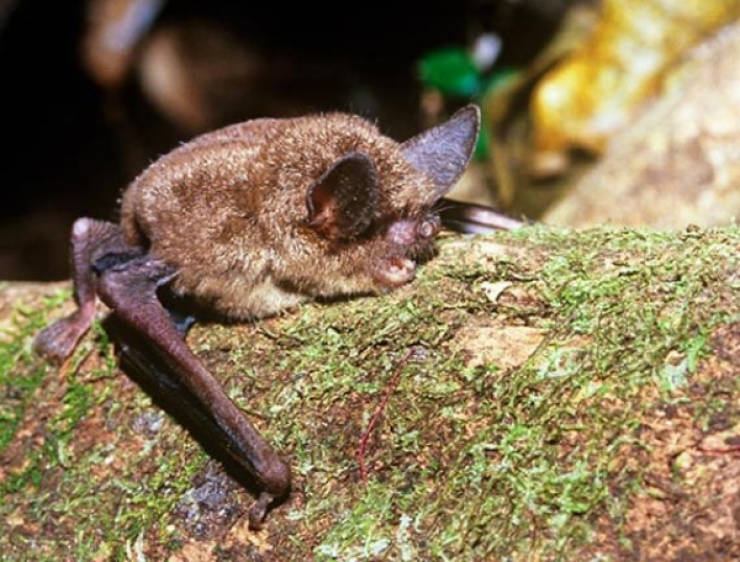 The New Zealand lesser short-tailed bat hunts for food on the ground.

The bat folds its wings up and uses them as forelegs as it scurries across the forest floor in search of a snack.

Their diet is very diverse—it will eat nectar, pollen, berries, insects, and more.

Many insect-eating bats use echolocation to hunt down their flying prey.

Some types of moths are able to confuse the sonar capabilities of a bat by sending out decoy sonar waves.

Researchers have found that Mexican free-tailed bats also seem to jam each other’s signals when they’re competing for prey.

The Flying fox bat is one of the largest bats in the world with a wingspan that can reach six feet!

One of the largest urban bat colonies in the world is located under the Congress bridge in Austin, Tx, and is quite literally in our backyard.

Every year, between March – October, 1.5 million bats emerge from under the bridge at night to hunt for food.