Heath Ledger had to follow in the foot-steps of Jack Nicholson’s portrayal of the “Joker”.

At age 17, a young Australian named Heath Ledger took his first role in a two-part TV series…ominously the show was titled “Clowning Around”. Here are some FACTs about his iconic role as the JOKER. 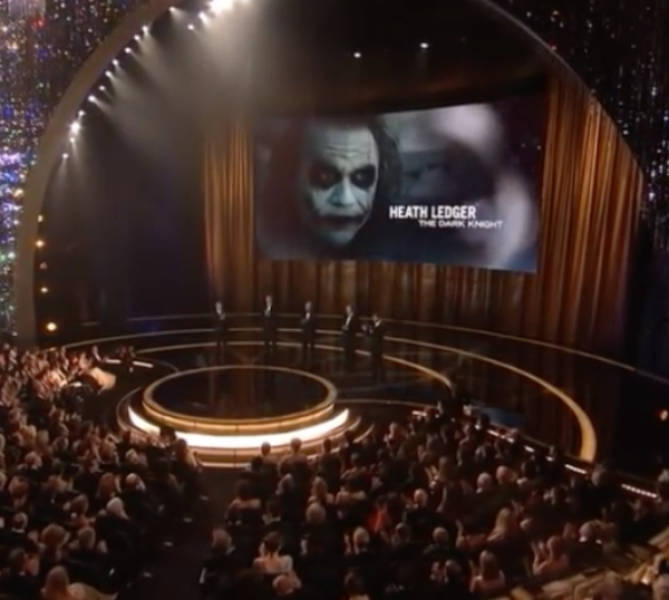 No character in a superhero movie had ever won the Academy Award until Heath Ledger’s portrayal of Joker (Best Supporting Actor Oscar).

Strange GOOGLE result: Heath Ledger died on January 22 of 2008. As the news filtered to the masses, logically you’d think that one of the top searched items would be “Heath Ledger”. However, one day later, on Jan. 23rd the #2 most searched term in GOOGLE was: Keith Ledger Yep, a mass amount of people spelled his name wrong.

-photos of “Alex Delearge” from “A Clockwork Orange” 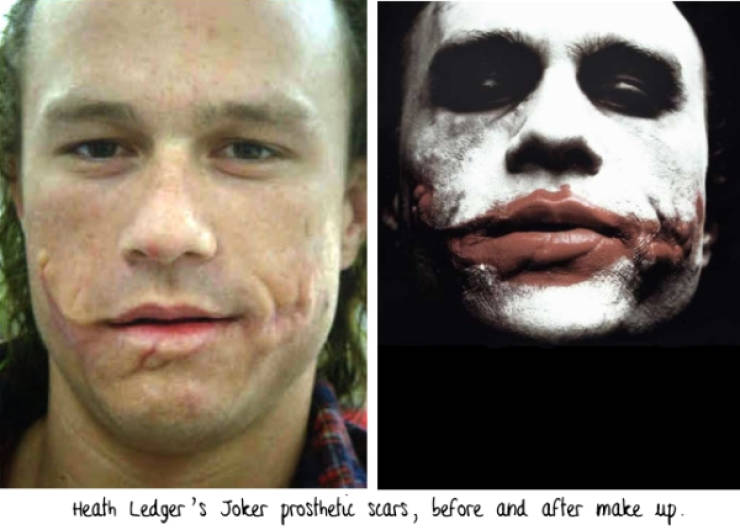 During the “interrogation” scene with “Batman” and “Joker”, Christian Bale had an interesting request from Mr. Ledger:

He wanted him to beat him so hard that he’d feel the pain.

Joker would skateboard while on set. Yep, Heath would roll around fully costumed with make-up on. 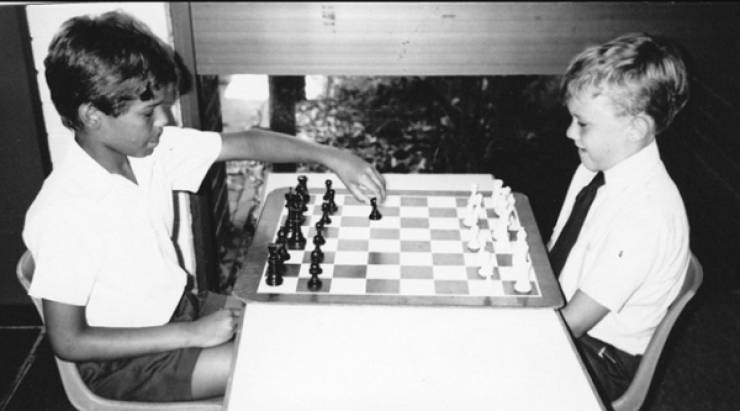 At the age of 10, he won Western Australia’s Jr. Chess Championship.

When “Gordon” is promoted, the Joker starts clapping…that part of the scene was not in the script; it all came from the mind of Mr. Ledger.

In 1997, he acted in on of Australia’s most successful TV shows. After that, Mr. Ledger declined multiple TV roles to pursue the Hollywood dream of making movies…2-yrs later, he was down to $150 when he was finally offered the big screen role in the teen comedy “10 Things I Hate About You”.

“In preparation for his role as The Joker, Heath Ledger hid away in a motel room for about six weeks. During this extended stay of seclusion, Ledger delved deep into the psychology of the character. He devoted himself to developing The Joker’s every tic, namely the voice and that sadistic-sounding laugh (for the voice, Ledger’s goal was to create a tone that didn’t echo the work Jack Nicholson did in his 1989 performance as the Joker). Ledger’s interpretation of The Joker’s appearance was primarily based on the chaotic, disheveled look of punk rocker Sid Vicious combined with the psychotic mannerisms of Malcolm McDowell’s character, Alex De Large, from A Clockwork Orange (1971).”

During the Joker scene at “Bruce Wayne’s” penthouse; “Alfred” (actor Sir Michael Caine) was so frighted by Heath’s performance, the seasoned actor froze-up and forgot his lines. 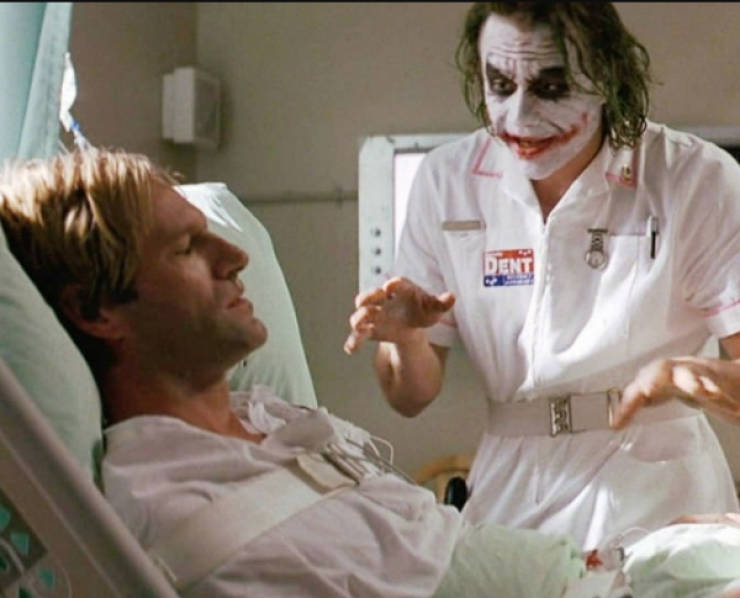 In the “nurse” scene, below the red “Dent”, the Jokers name tag is “Matilda” which is the name of Heath Ledger’s daughter.

“The Glasgow Smile, also known as the Chelsea Grin, is a form of torture that was originated by various gangs living in the Scottish city of Glasgow, and soon become popular with criminals headquartered in Chelsea, London. It’s primarily meant as a calling card – a warning to other gangs to back off or this is what will happen to you. It is also employed by bookies whose clients welch on bets.

Basically what it is, is a cut starting from each corner of the mouth and stopping just short of the ears. In old times knives were used for this effect but in more modern times, the mobsters hold the person down and insert a credit card lengthwise into the person’s mouth to keep the mouth open. The cuts form scars resembling a grin. Afterwards, the victim may be kicked and stomped on repeatedly in order to make them yell as that in turn will rip the flesh more and widen the grin. The victim of a Chelsea Grin may indeed bleed to death in some cases.”

His JOKER character was always one-step-ahead.

“Harvey Dent” never had a choice:

“When Harvey holds the Joker at gunpoint in the hospital scene, you can see that the Joker is actually holding the revolver’s hammer with his finger, thus preventing the shot in case Harvey’s coin lands on ‘bad’ side.”

That’s the story of Heath Ledger playing the role of the JOKER. 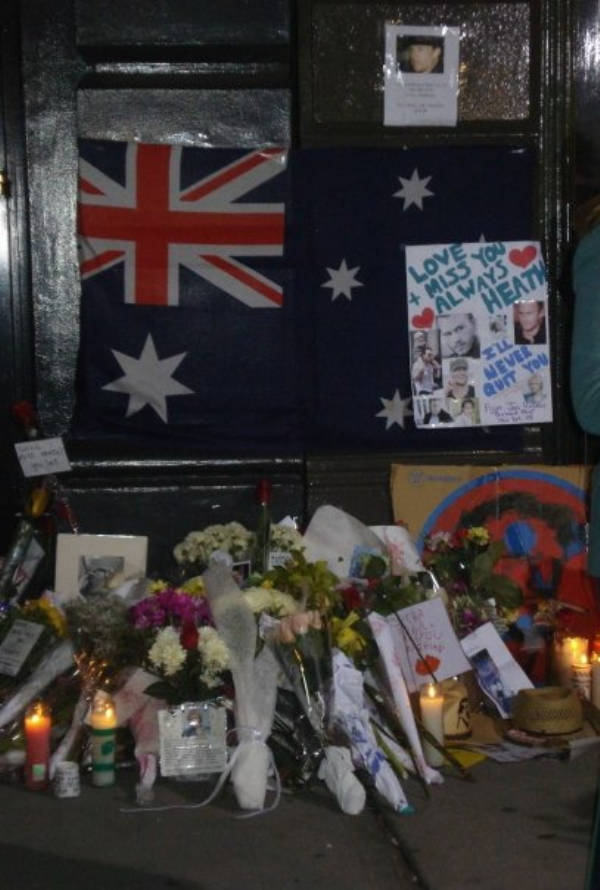 Below is a powerful video showing, “Heath Ledger’s Joker Diary”.