Vincent Van Gogh is one of the most recognizable names in art history. Having produced the Starry Night, as well as multiple iconic self-portraits, Van Gogh is the face of the post-impressionist movement. While not highly successful in life, the troubled artist gained most of his fame after his death. However, not everyone always looks at every Van Gogh painting equally. While masterpieces like The Starry Night are crucial, they aren’t the only pieces worth inspection. These artworks left behind by Vincent Van Gogh deserve appreciation that they aren’t always offered. 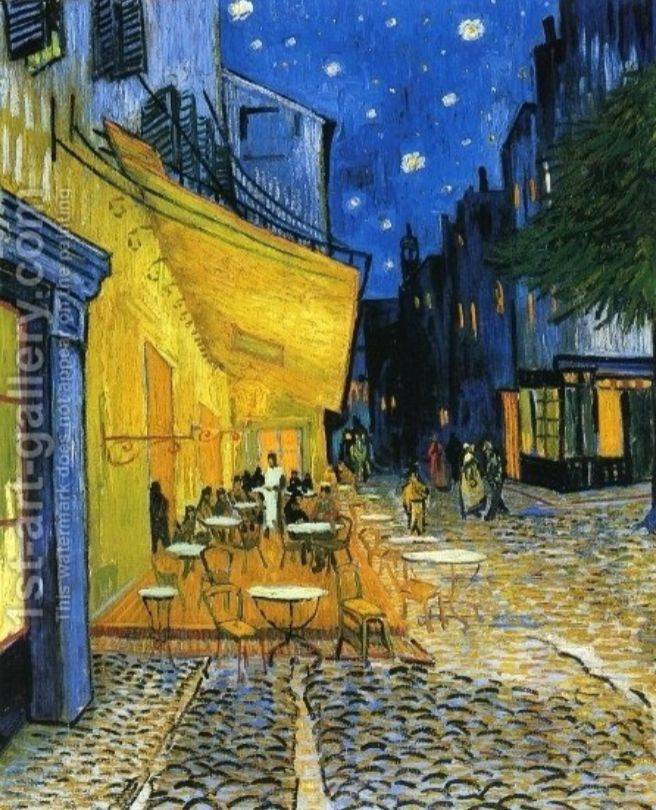 This 1888 oil painting features a cafe terrace after sunset. Also known as Cafe Terrace at Night, this post-impressionist painting is one of Van Gogh’s lesser-known works. An interesting tidbit about this painting is that it isn’t signed by the artist. It is, though, mentioned in a set of three letters in detail. Not to mention, the distinctive style can’t easily be mistaken for any other artist of the time.

Van Gogh’s most famous works are but a few out of his repertoire. Cafe Terrace At Night has elements that make it obviously a Van Gogh work. Portraying a cafe after sundown, almost all of the light in the work comes from inside the restaurant. Outside on the terrace, there is a bustling group of patrons surrounded by an otherwise quiet, nighttime street in Arles, France.

True to Van Gogh’s form, the painting isn’t an exact replica of the street from Van Gogh’s northeastern perspective of the Place du Forum. For instance, the Roman monuments that were by the shop in actuality aren’t in the oil painting.

The painting was actually done before pieces like the Starry Night. In other words, it was the first “night effect” painting that Van Gogh presented to the world, meaning it paved the way for many of his more famous works.

2. Road with Cypress and Star (Country Road In Provence by Night), 1890 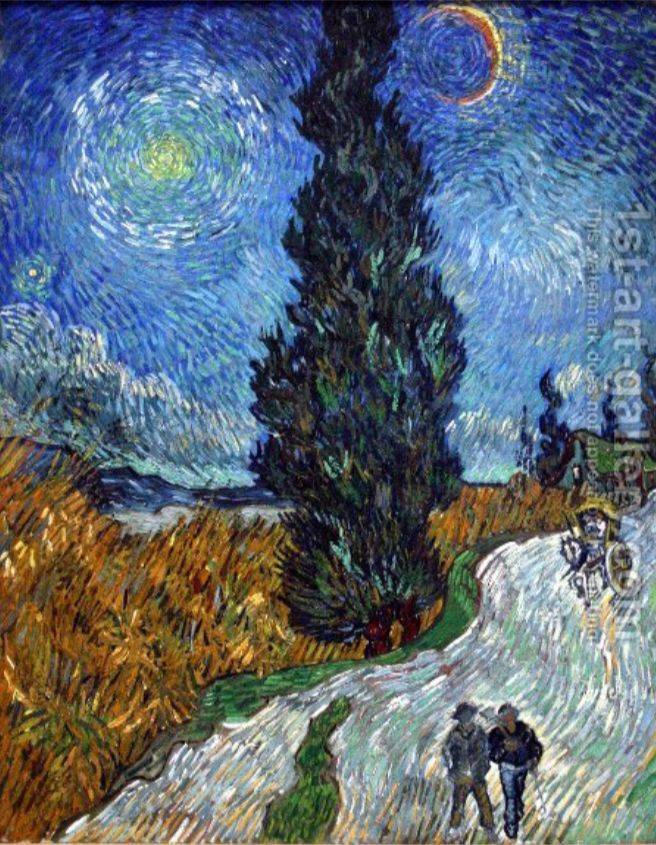 This oil on canvas painting was completed in 1890 and serves as the final Van Gogh work painted in the Saint-Rémy-de-Provence of France. At first glance, it’s very similar to the Starry Night, one of Van Gogh’s most famous works.

Both Road with Cypress and Star and the Starry Night feature night sky landscapes. Road with Cypress and Star shows a tall cypress tree that separates the painting into two halves. The left half shows a bright glowing star, while the other has a thin crescent moon. Many believe this symbolizes a divide between life and death. This may have been Van Gogh’s way of recognizing that his life was nearing its end.

The cypress trees weren’t simply mentioned in this painting, though, as Van Gogh had spoken about them many times before. He frequently wrote letters to his brother, Theo, throughout his stay in Arles and he frequently referred to the beauty of the cypress trees as well as their “Egyptian obelisk” proportions.

This painting is currently housed with a rather large collection of Van Gogh’s works in Otterlo in the Netherlands. The collection is in the Kroller-Muller Museum in the Hoge Veluwe National Park. This is also where you’ll find the Cafe Terrace on the Place du Forum. 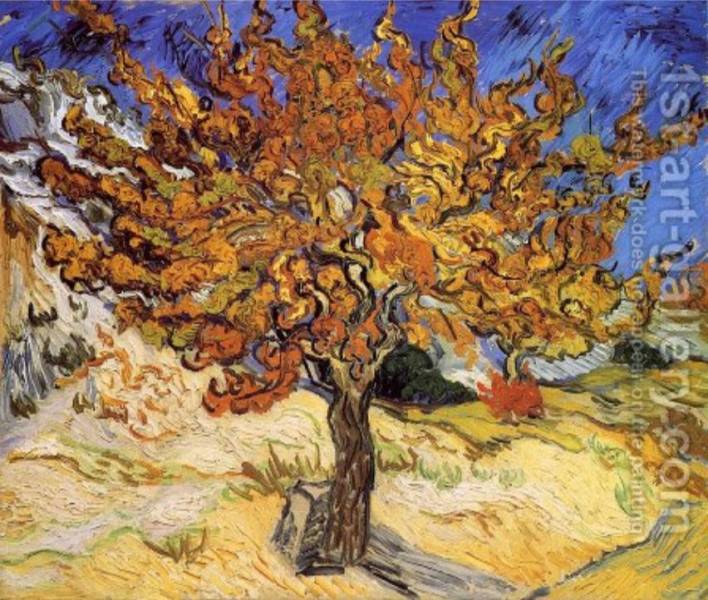 Mulberry Tree is a brighter painting compared to Van Gogh’s nighttime themes that are most often discussed. Instead, this painting shows a flourishing tree in late autumn. It’s complete with bright colors made to show off the autumn leaves.

The painting also has a distinctly psychedelic appearance that sets it apart from the portraits and other landscapes that Van Gogh accomplished. It’s full of sweeping lines and the shapes nearly curl off of the page rather than sticking to the natural shape that the tree would take.

The painting was completed in October of 1889. This was less than a year before Van Gogh’s death and during his asylum stay. This particular piece seemed to capture some of the more positive time that the artist spent there. He even sent the painting to his brother, praising the fall days and calling Mulberry Tree his favorite painting in the bunch he sent over.

As far as deeper meaning, the painting is suggested to show an introspective side to Van Gogh. The painting shows a beautiful tree springing out of rather dry and dismal ground. It hints, alongside his letters, that Van Gogh believed he was on the road to recovery.

Vincent Van Gogh left an unerasable mark on the world. His art has lasted through centuries and it’s sure to last centuries to come. While his main masterpieces will always be in the spotlight, it’s well worth taking a look at and analyzing because they allow Van Gogh’s uniqueness and talent to shine in ways that aren’t always considered.