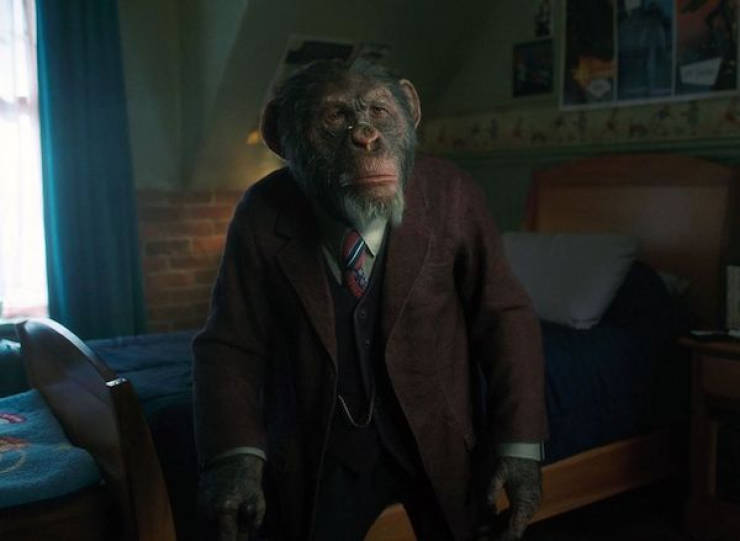 Back in 1994, a global think tank called the RAND Corporation figured we’d have animal employees by 2020.

Keep in mind, RAND Corporation’s a powerhouse who contributed to the space program and the development of the internet, so they know what they’re doing. Their idea was that we’d be able to breed intelligent species of animals, that would be capable of manual labour and doing the things we’d rather not do.

I think I’ve seen a movie about that though. Can’t recall how it ended.

All the roads will be come tubes

Back in 1957, Popular Mechanics predicted that by next year, ever road and street in America would be “replaced by a network of pneumatic tubes”.

You’d basically just need to drive your car to the nearest tube entrance, drive in, and you’d be “pneumatically powered to any desired destination.”

We’ll finally make it to Mars 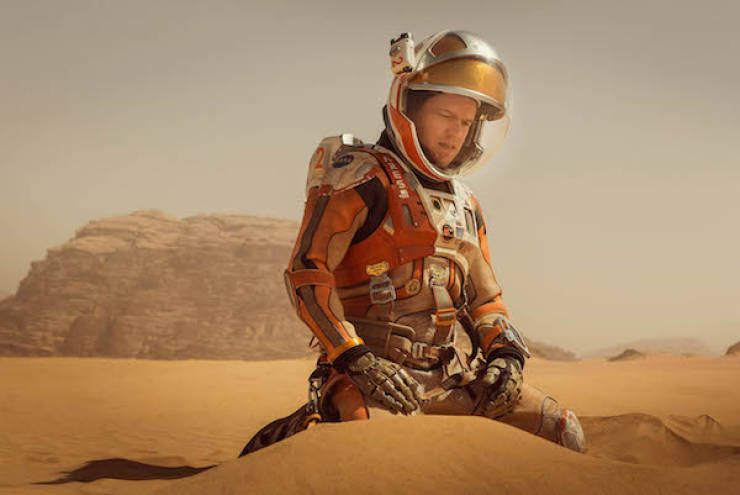 We’ve been talking about this for so long, and it’s only now, with private companies and Elon Musk really pushing, that we might actually see it happen in our lifetime. But in 1997, Wired Magazine predicted that 2020 was the year we’d make it.

In their article, they predicted that the entire population of 11 billion people would watch a joint effort of all the space agencies on Earth, worth together to make this happen. Sounds nice except for a few things. We’re already struggling with 7.7 billion people, and there’s no way everyone’s gonna cooperate on this. 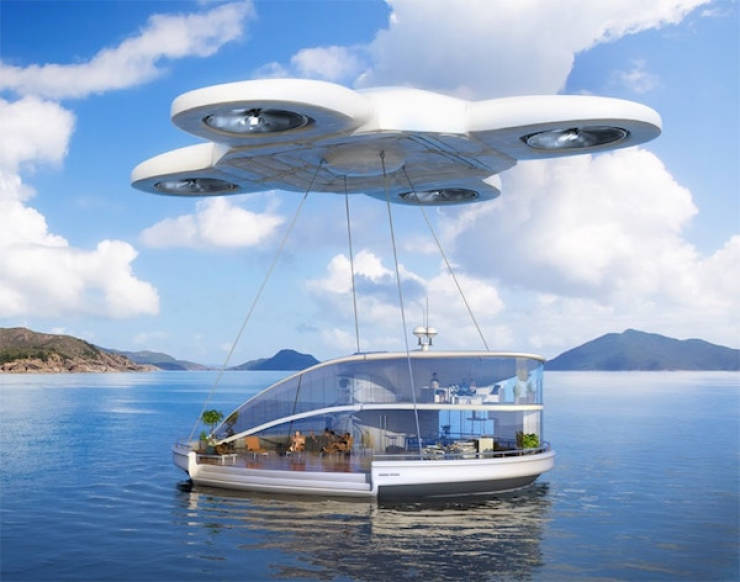 This idea comes from science fiction author, inventor and futurist Arthur C. Clarke – who’s responsible for 2001: A Space Odyssey. He believed, in 1966, that by next year, our houses wouldn’t be stuck to the ground. If you wanted to move locations, you could just float to a new address.

In fact, his idea suggested that it’d be flocks of houses that would migrate to warmer climates in the winter, then come back for the summers.

This one does sound tempting.

Houses will have a self-cleaning feature

The science editor of The New York Times, suggested in a 1950 article of Popular Mechanics, that by next year, we’d just be able to hose down our houses.

He figured, that furniture would be made of synthetic fabric or waterproof plastic, and we’d just hit the clean button and the water would then run into a drain under the synthetic carpet, and into the sewer. Then, we’d turn on a blast of hot air to dry everything.

But still, you’d have to straighten up and put things away, before you clean, so what’s the point?

We’ll eat candy made out of underwear 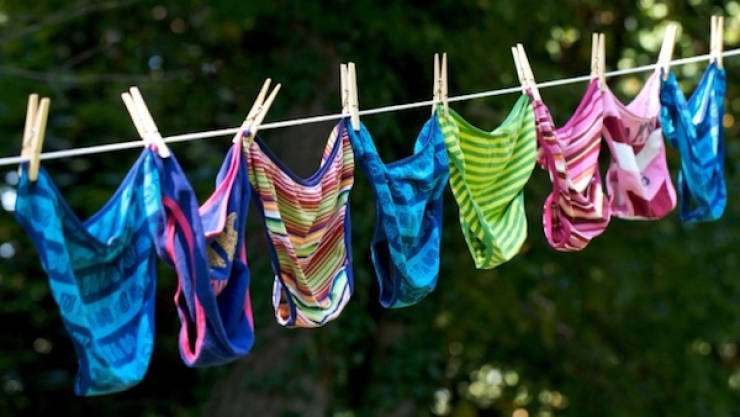 This is another genius idea from the NY Times science editor. He predicted that by the 21st century, all food would be delivered to our homes in the form of frozen bricks. Gone are the days of cooking meals. All we’d have to do is reheat these slabs, and we’d have an elaborate meal of several courses.

As well, due to advances in culinary tech, we’d be able to turn old table linens and “rayon underwear” and bring them to special factories, to be turned into candy.

We’ll have both telepathy and teleportation

According to the founder of a technological consulting group called The Mobile Institute, next year will be the dawn of the “nano mobility era.”

In this new era, he predicted that telepathy and teleportation will be possible, via nanotech, and will become commonplace by 2040.

Mail will be sent by rocket

This sounds crazy, but it’s been done before – in 1959. That year, a Navy sub called the U.S.S Barbero launched 3,000 letters via a rocket. It was considered a success.

The Postmaster General at the time, was so impressed that he predicted that repurposing ‘instruments of war into instruments of mail’ would become commonplace. Mail would take hours to reach the far corners of the world, rather than days.

Of course, he didn’t know about email at the time.

We’ll all have personal helicopters 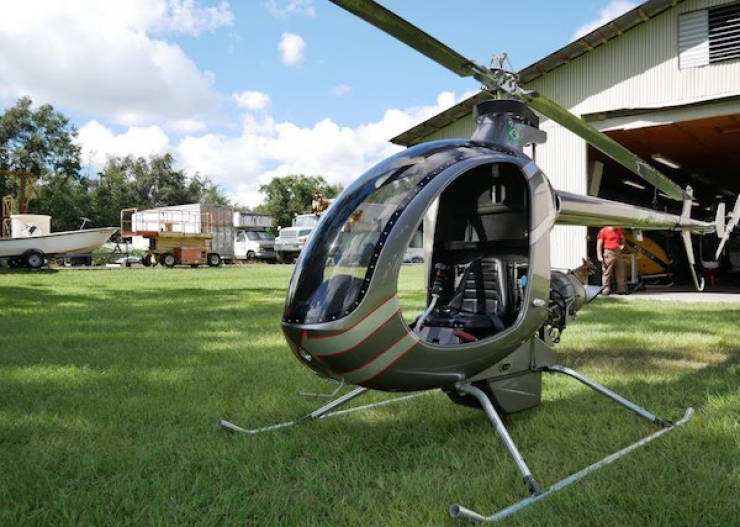 Forget the jetpacks and flying Jetson’s cars, according to Popular Mechanics in 1951, we were supposed to get helicopters in our garage.

They’d be big enough for 2 people, but small enough to land on your lawn. And they’d be cheap to operate.

C, X, and Q would be dropped from our alphabet 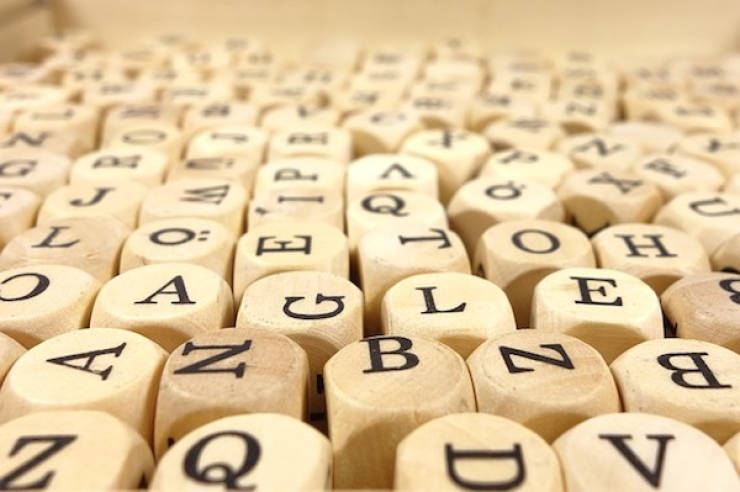 According to an engineer, in an article in Ladies’ Home Journal, our language would be different in 2020. Keep in mind that this was back in 1900, but his guess was that we’d have no use for extra letters.

Our language next year would have dropped these letters, and migrated to a spelling system that mostly sounds and condensed words for condensed ideas.

Sadly, he’s not wrong. I can’t even read the [email protected]#t that kids are writing these days via text. 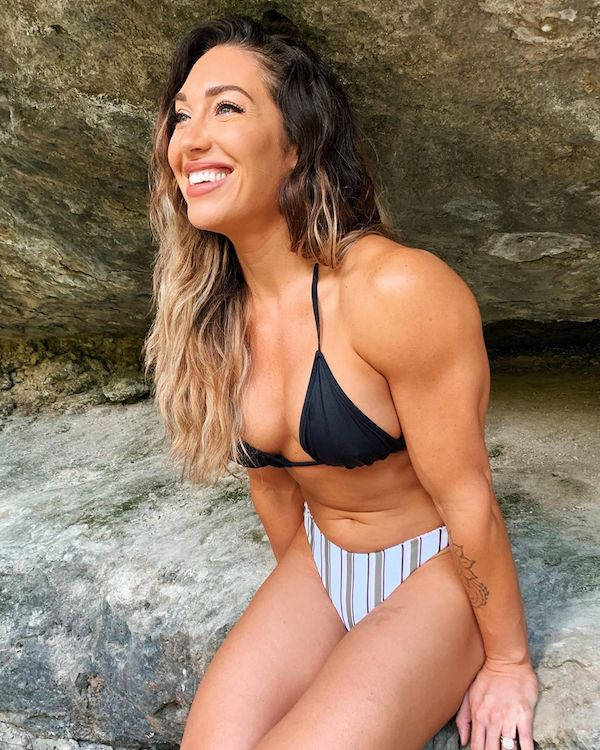 This one dates back to 1950, when a writer for the Smithsonian Magazine suggested that all the women of tomorrow would be more than “6 feet tall, wear a size 11 shoe, have shoulders like a wrestler, and muscles like a truck driver.”

Due to science providing a balanced ration of vitamins, proteins and minerals, women would have the most efficient bodies and be positively Amazonian.

This one is actually pretty truthful, minus that part about ALL women.

There will be “Blood Banks” for teeth

Much like we have blood banks for patients who need emergency blood, a 1947 issue of Modern Mechanix Magazine suggested that we can do the same with teeth.

Gone are the days of artificial dentures, bridges, plates and crowns. You’ll be able to get donated teeth implanted into your gums. 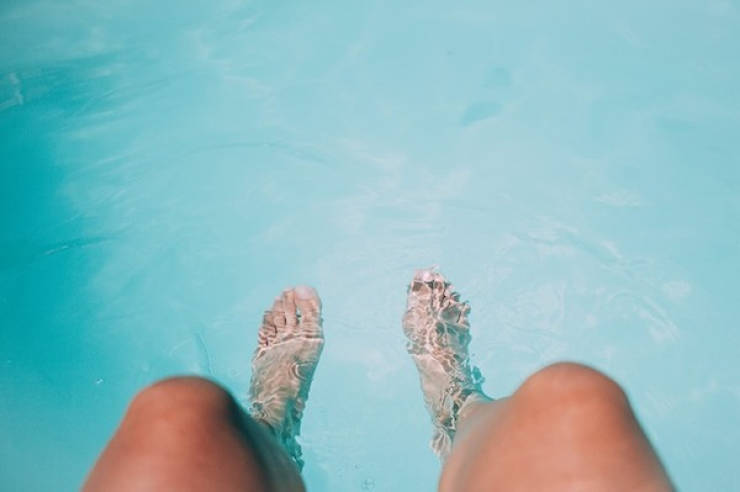 In a lecture at the Royal College of Surgeons of England in 1911, a surgeon named Richard Clement Lucas predicted that our useless outer toes would eventually fade away.

Then we’d be left with one big toe at the end of our feet. Weird.

Everything will be made of steel

This one comes from legendary inventor Thomas Edison. During a 1911 interview, he predicted that the house of the next century would be made of steel.

As well, all of our furnishings, from the chairs, tables and baby’s crib, would be forged steel. Sounds comfy.

Everyone will stop drinking coffee and tea 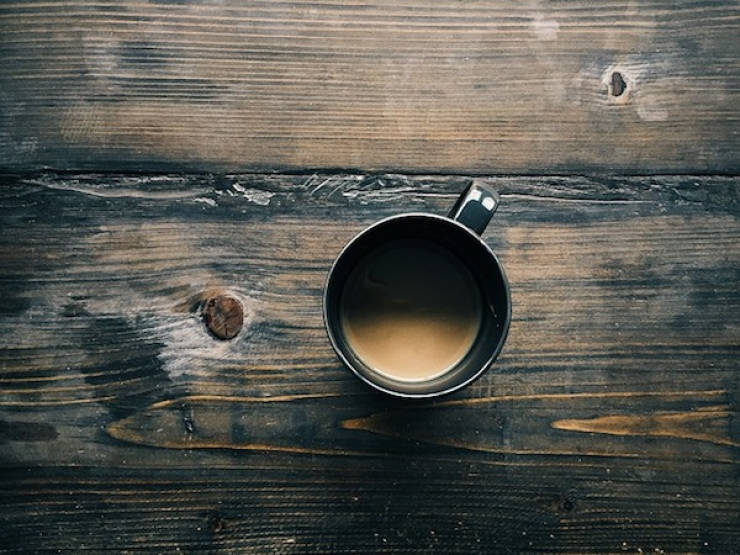 Back in 1937, Nikola Tesla predicted that within a century, everyone would stop consuming stimulants like coffee, tea and tobacco, by choice. He claimed that “it will no longer be fashionable to poison the system with harmful ingredients.”.

Somehow, I don’t see that happening ever.

Everyone will be a vegetarian

According to the former president of the American Meat Packers Association, back in 1913, humans’ diets would be primarily vegetables, due to a shortage of sustainable meat in the future.

In the future, eating won’t be necessary 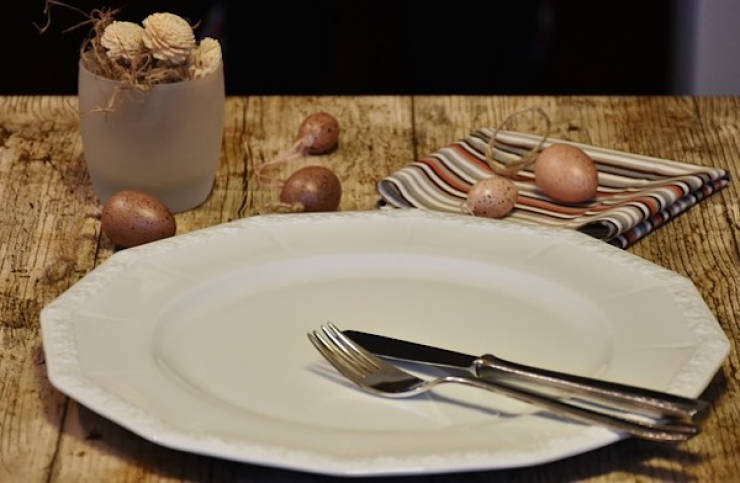 According to notable futurist Ray Kurzweil, by the 2020’s, there will be “nanobots” that will enter the bloodstream to feed our cells and extract waste.

This would render the current model of eating and [email protected]#tting obsolete. He said this back in 2005, and we’re a year away, with thankfully, no signs of nanobots.

Vacuums will be nuclear-powered 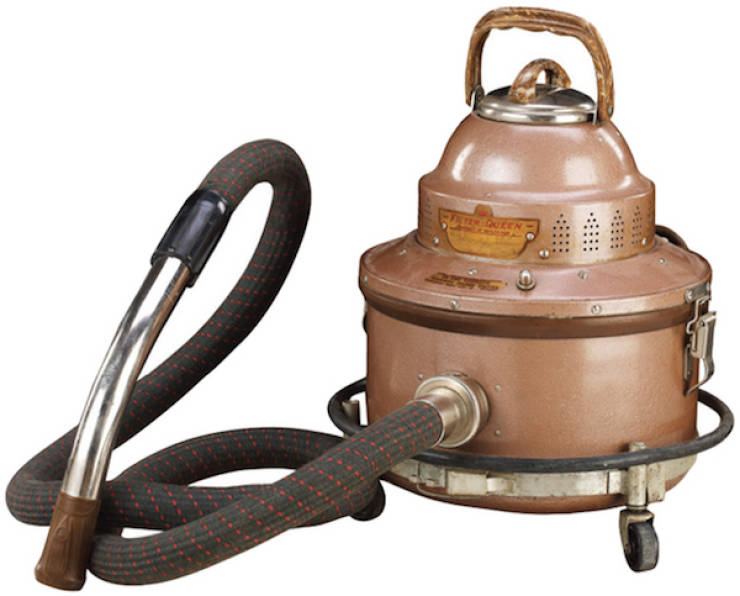 According to the former president of the Lewyt Vacuum Company (which tells you how fantastic this idea is, ’cause I’ve never heard of him), the future would have nuclear machines.

This was back in 1955, when the nuclear race was all the rage, but I’ll take an electric Dyson over a mini-chernobyl any day.

Everyone would be rich

Back in 1966, Time Magazine predicted that the future would be so profitable for everyone, that each family would be independently wealthy by default. According to the article, without even lifting a finger, they’d be guaranteed an average salary of $30,000 to $40,000. But that’s just 1966 dollars.

Why is this not a real thing?