The Rock shares pictures of his Sunday cheat meals on Instagram, and even though he is The Rock and very large, I still have no idea how he or his toilet can survive it.

For example, this is ROUND ONE: Four "double dough" pizzas. 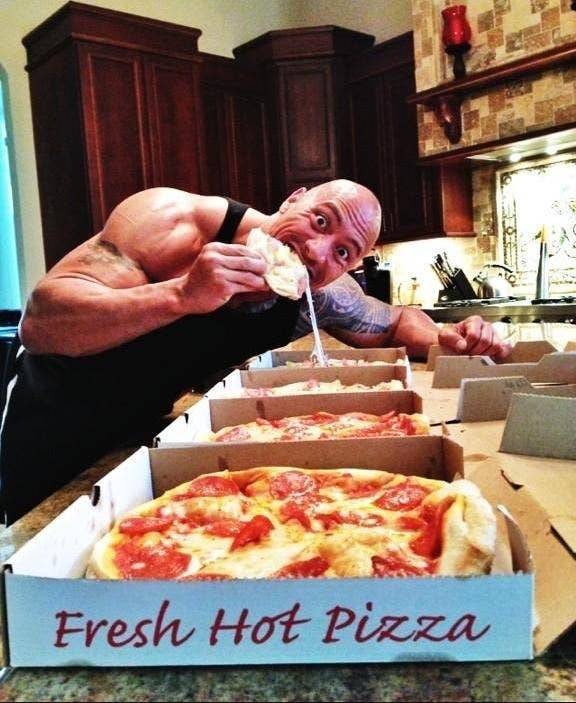 And after eating four double dough pizzas, he has a stack of 12 pancakes(!!!) for round two. 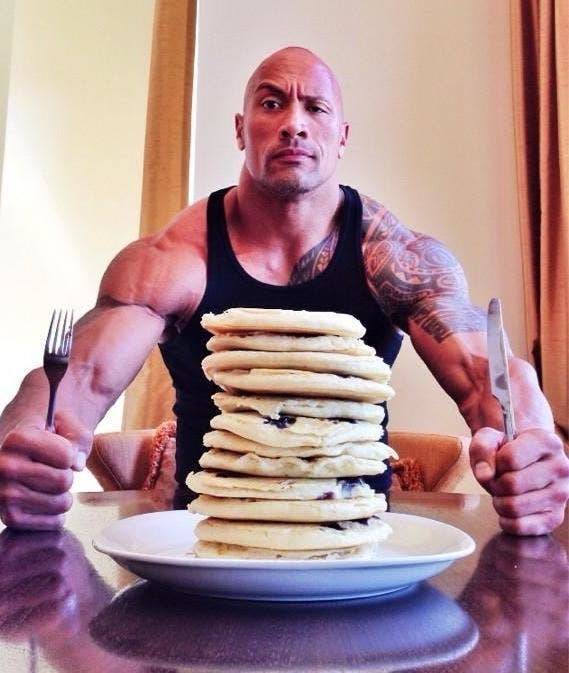 Sometimes he eats a shit ton of sushi, like that has to be 100+ pieces. 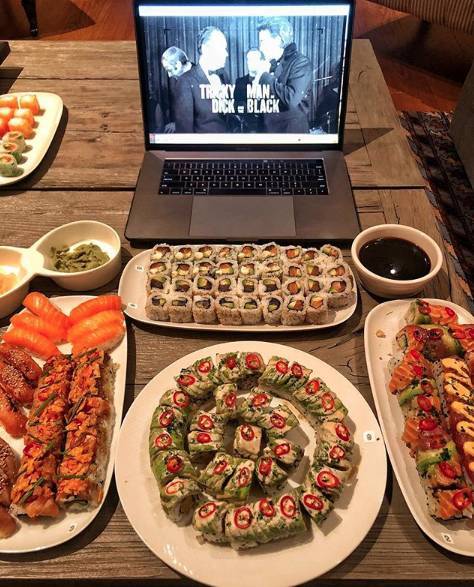 He calls his sushi cheat meals the "sushi express." 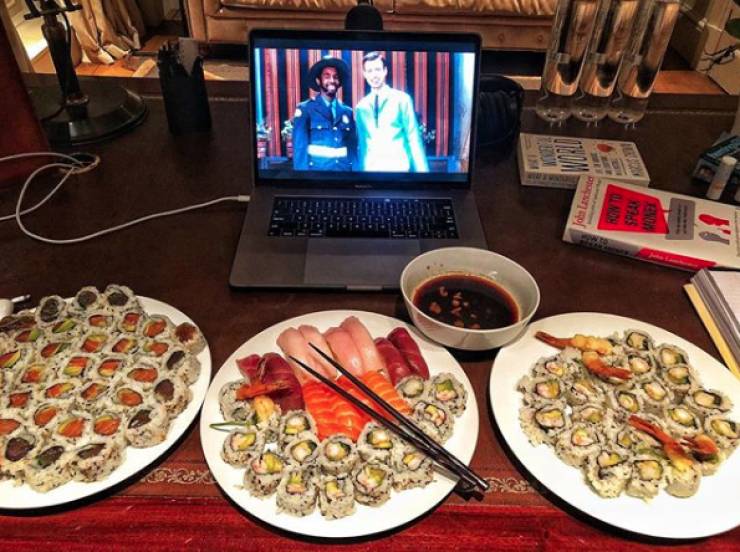 And remember, there is always dessert after this.

More recently, his cheat meal was three whole pints of ice cream and pancakes smothered in peanut butter and syrup. 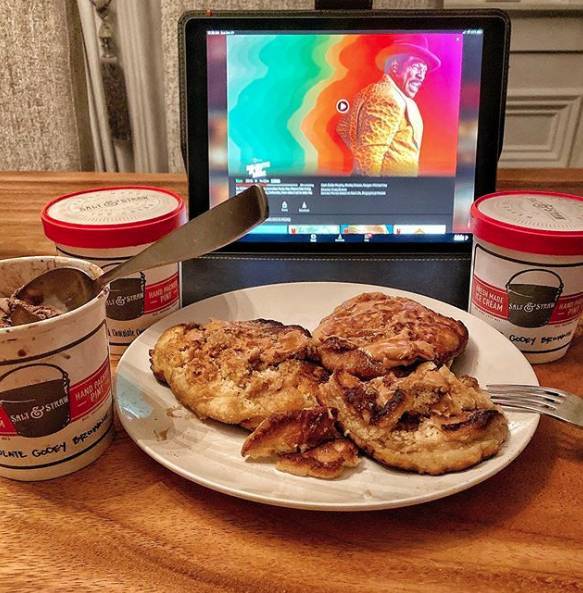 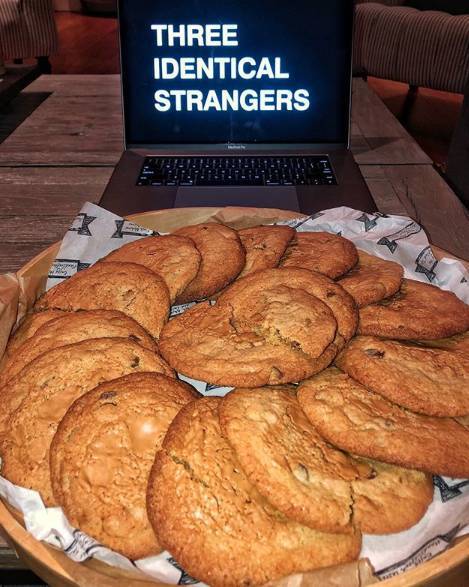 Let's pause, reflect, and say a prayer for his poor toilet.

One time he had eight slices of sourdough French toast and topped that off with crumbled apple pie. 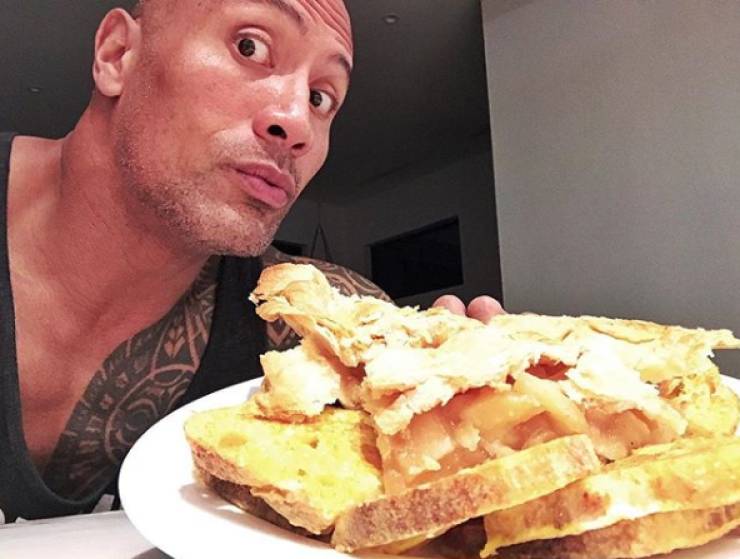 Here we have brownies, blondies, a bunch of random cookies, and a "fat slice of cheesecake" used as a "chaser." 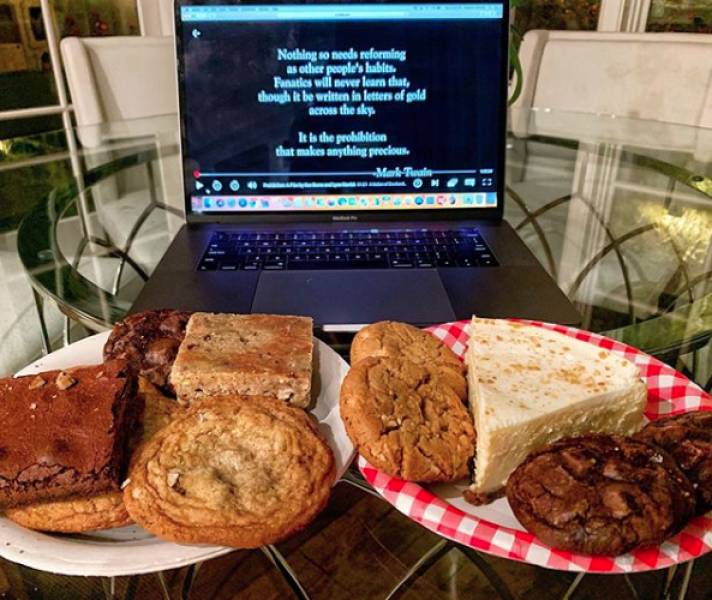 He had all of this at midnight: 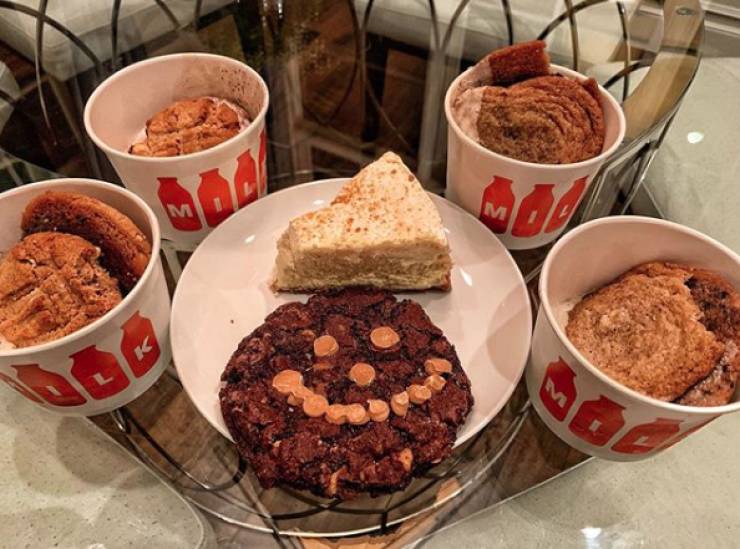 And here's the one that scares me the most... 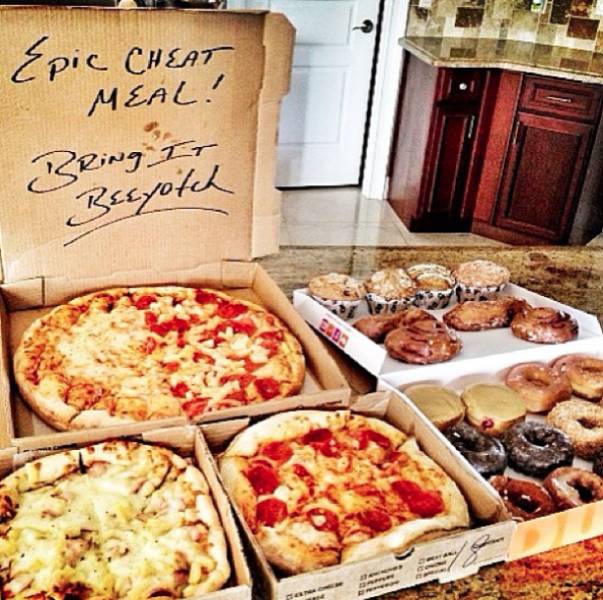