Your Beard Is Ready For These Facts! (20 pics)

Almost everyone can grow a beard 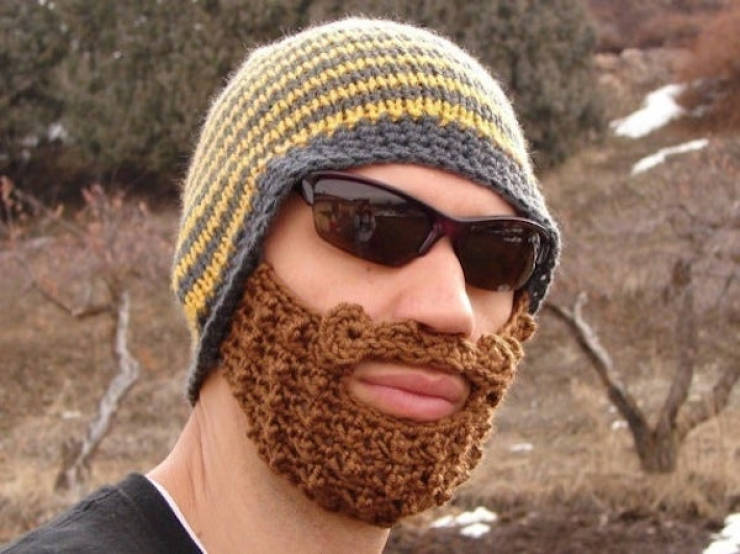 Most dudes who can’t get coverage will blame their follicles for their lack of a manly beard. This isn’t true.

Everyone has a full face of follicles (women too), it’s just that not everyone has enough testosterone and DHT (which is a beard hormone), or their androgen receptors in their face aren’t sensitive enough to promote hair growth.

Beards were once prescribed 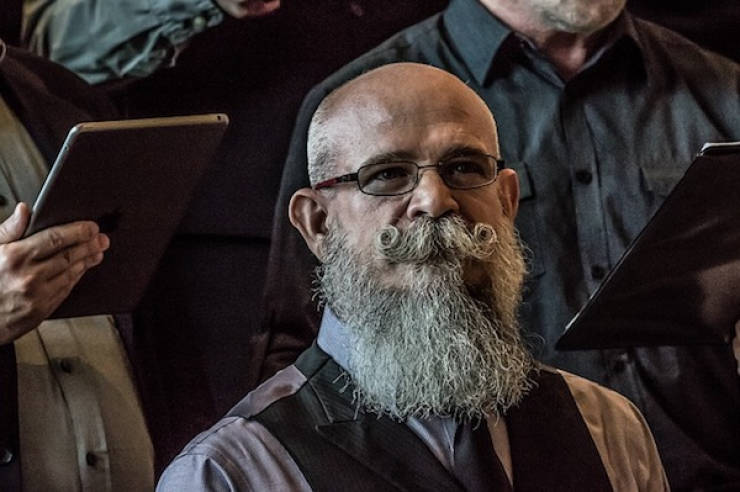 While beards went in and out of fashion throughout history, they were a definite staple in 1800’s England, because doctors told men to grow them.

It was believed that big, bushy beards were one of the best ways to prevent bacteria and viruses from entering the respiratory tract. In essence, they were a giant filter.

Given that mainstream media keeps on harping on how much bacteria there are in men’s beards, this is one Victorian era belief that actually still holds true. 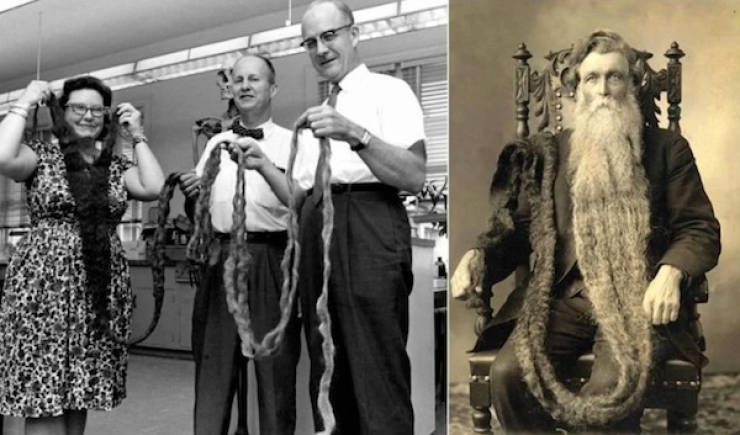 The longest beard belonged to a Norwegian man named Hans Nilson Langseth, back in 1927.

By the time he died, his beard measured 18.6ft. His last wish was to have his beard cut off and stored. His family took off close to 17 feet and donated it to the Smithsonian Museum.

The irony of ZZ Top 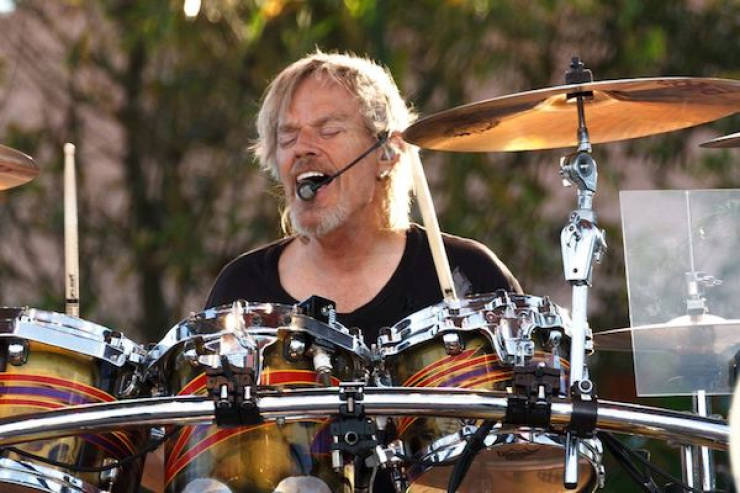 While ZZ Top is known for their iconic beards, ironically enough, one of the members doesn’t have one. And his name is Frank Lee Beard.

Since the inception of the band, he’s had a moustache, or a small goatee, but he’s never attempted something on the scale of the other two members. 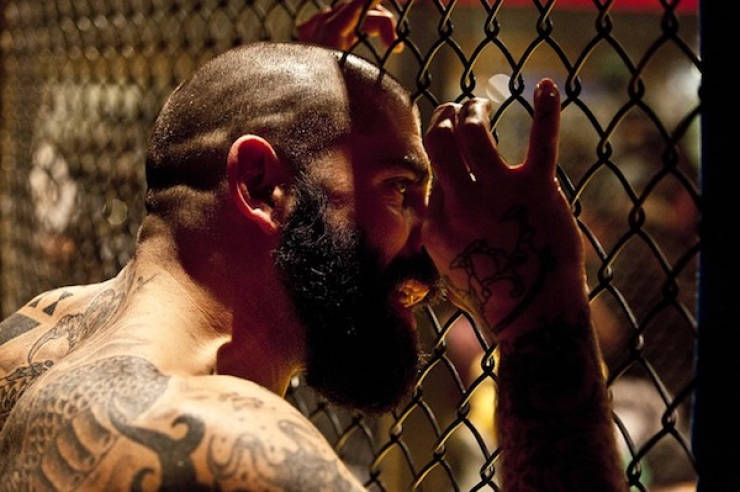 Essentially, there are several factors that control beard growth, including the volumes of testosterone, DHT and Androgen in your system.

But if you carry the gene for male pattern baldness, or you have thin hair up top, then it’s DHT that’s to blame. That hormone can hinder the coverage on your head, and give all of its energy to your bushy man card. 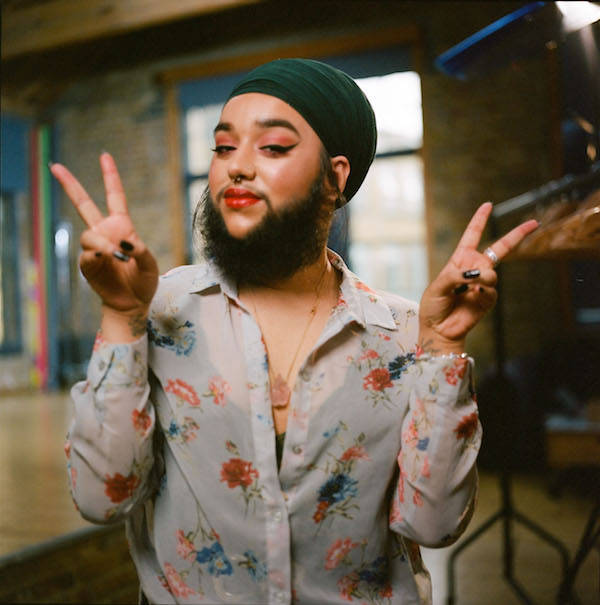 According to Guinness, Harnaam Kaur currently has the longest beard for a female. At 6″ at length, it’s due to a condition called Polycystic Ovary Syndrome (PCOS).

There was once a beard tax 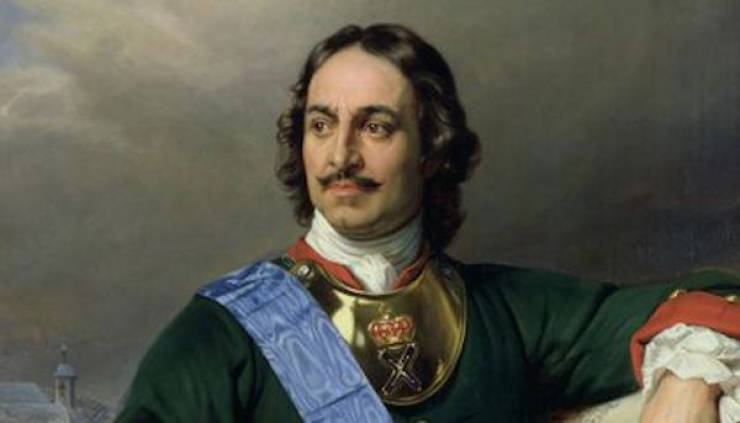 Back in 1698, Tsar Peter I (aka Peter the Great), established some ground rules for his kingdom. The first was that all men should immediately shave. When that got some pushback, then he relented and told all men sporting a beard, that they had to pay tax on it.

The reason for this was actually quite strange. At the time, Russia was still a little backwards and he had visited other European countries and saw how modern they were, and assumed being bare-faced was one of the reasons.

Boy, was he wrong. Beards are the future.

The famous beard of Abraham Lincoln 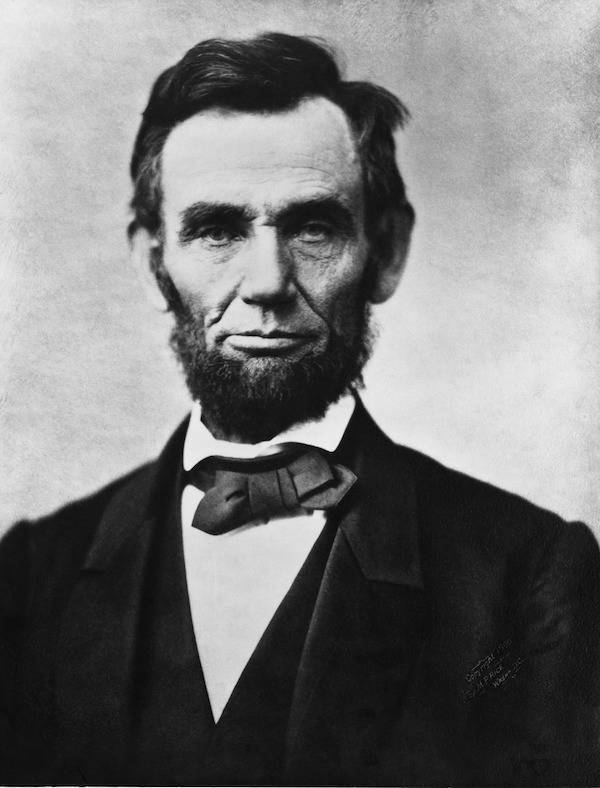 As most of us learned in school, Honest Abe didn’t always have his beard. But when he received a letter from an 11-year-old girl named Grace, that told him that “all ladies love whiskers,” he grew it.

Not sure what happened with the moustache though.

Roughly 75% of all men shave daily 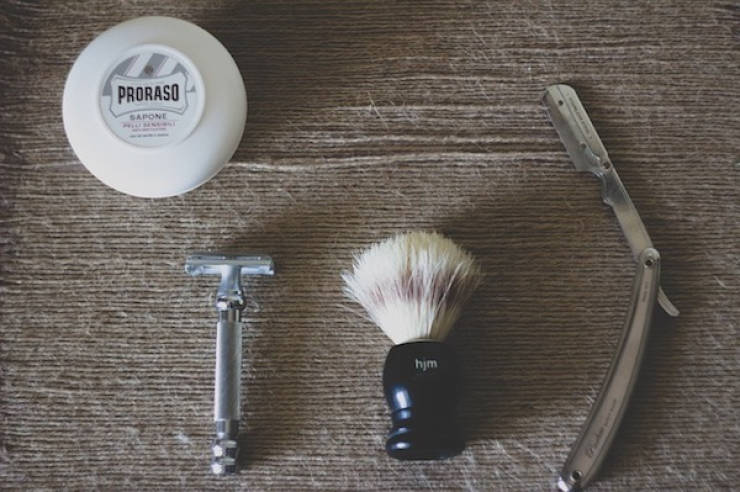 I don’t actually believe this, but apparently, it’s the gospel truth. Every day.

Given how we’re told that beards are “unsanitary” or “unprofessional,” there’s a war against facial hair and stubble.

News flash Gillette and the rest of your men’s shaving companies; beards are awesome and women love a 5 o’clock shadow. Tell everyone.

They make a type of Rogaine for beards 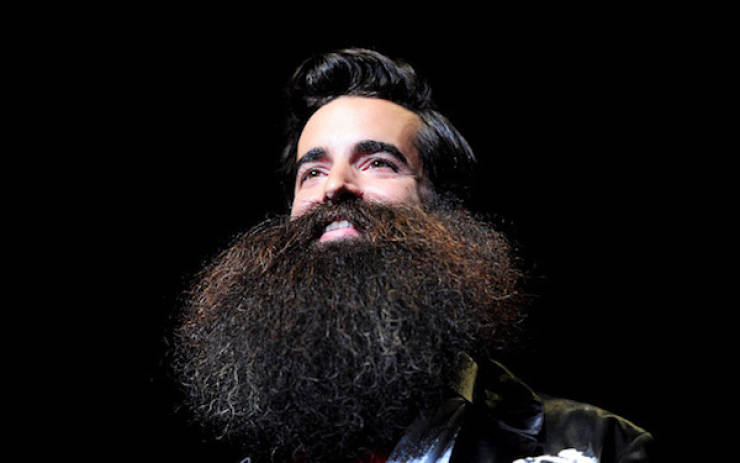 Originally, the drug Minoxidil was created in 1950 to treat ulcers. When it failed, they decided to market it as a circulatory aid. It was given to men with high blood pressure, and they found that these same men were growing hair all over their bodies

So they turned it into a topical treatment and called it an anti-hair loss drug.

So, beard-less men wondered if it would work on their beards too. Well guess, what, it does. Like, really works.

Out of the 100 richest people on the Forbes list, only 2% have beards 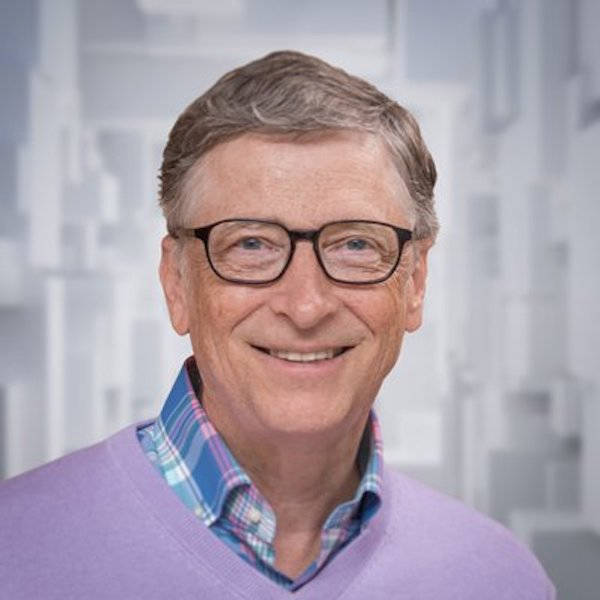 Well this is a shame. Apparently, if you’re super rich, it’s not ok to have a beard.

This probably stems from the outrageous dogma that in the business world, cleans-shaven is best.

[email protected]#t. Come lick the cheeto dust out of my beard, and tell me that to my face.

Across the global population, 55% of men sport some facial hair 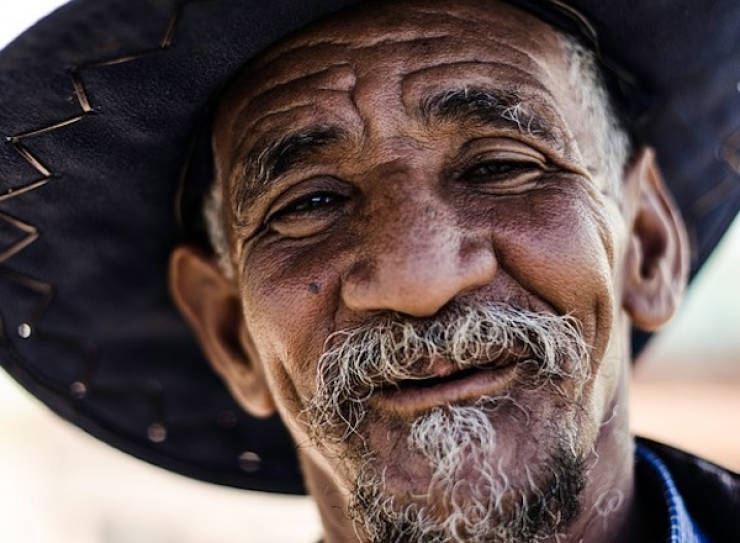 Us regular folk might not be the richest, but what we lack in money, we make up for with awesome beards.

Here in the US, the total number of bearded American is closer to 33%. 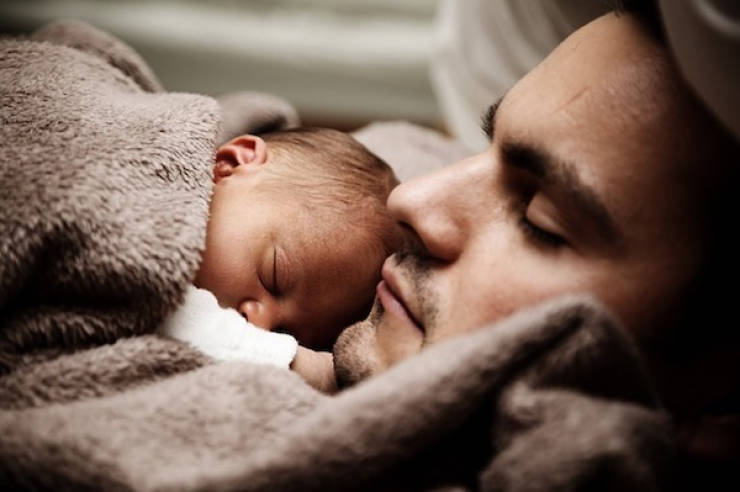 Humans are the only species that either delay sleep or restrict it to certain hours of the day. But the more sleep we get, the more testosterone we can produce.

Hence, why Rip Van Winkle woke up with an epic beard after his 20 year nap. 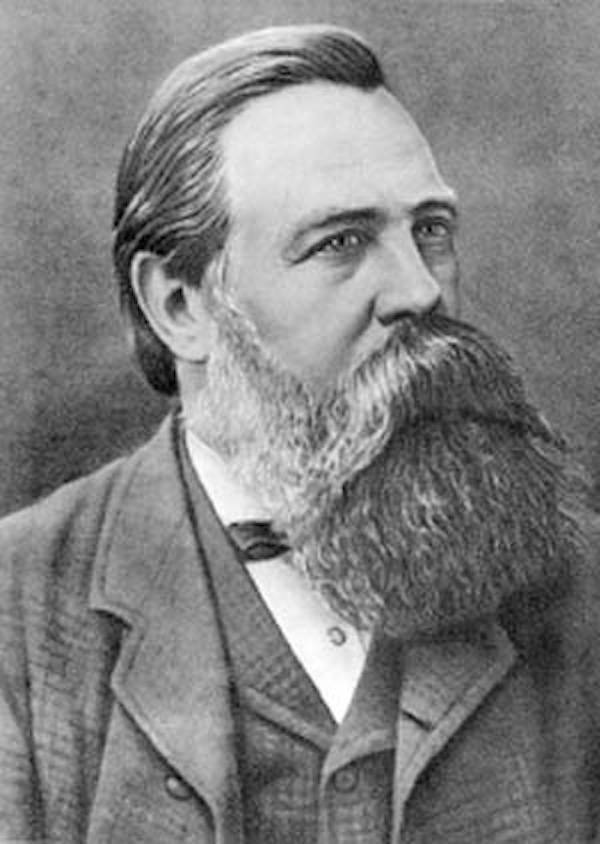 Prior to the Crimean War in the 1850, the British Army had outlawed facial hair. When the war started, however, the soldiers were forced to fight in colder temperatures than they were used to. Many of them chose not to shave, to stay warm. Others just simply couldn’t, due to wartime conditions.

Due to that, the war heroes returned to England with magnificent beards. Through the facial fur of veterans, the beard became a symbol of heroism and bravery. Thus, they became more widely adopted.

Military moustaches came out of the British Army getting teased 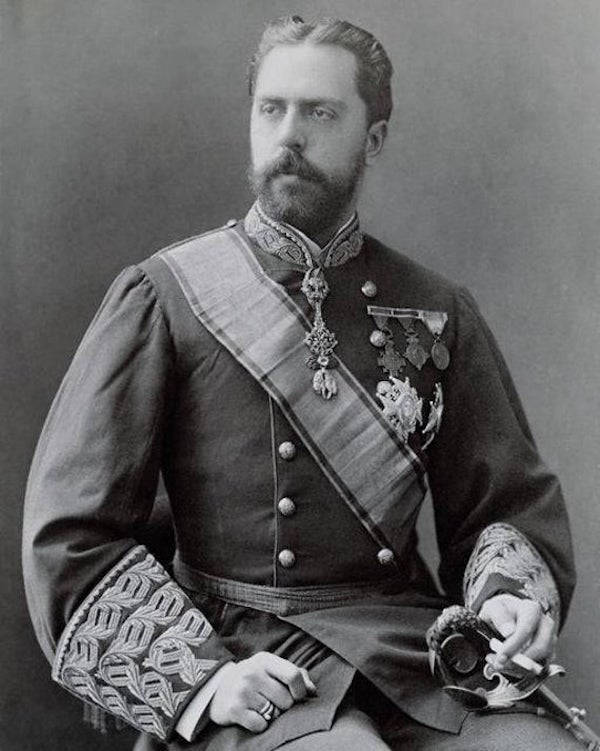 During the process of colonization, British men were teased by Indian men, who had glorious moustaches. Told they looked like children, the British officers begged their commanders for permission to grow at least a lip broom.

So, by the 1860’s, moustaches became compulsory in the British Army. This rule was dropped in 1916, when they got in the way of gas masks. 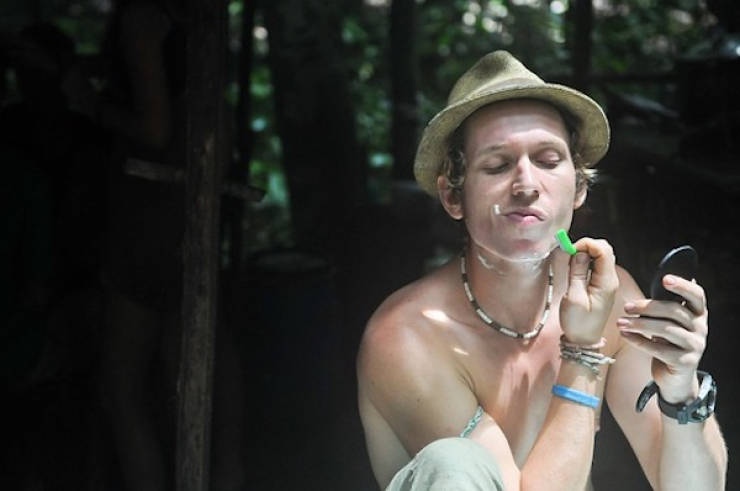 Contrary to popular belief, there’s no connection between your frequency of shaving and how fast/thick it grows back.

It just looks thicker at first, because you’ve trimmed off the fine, thin end of the hair, but nothing really changes overall.

Men couldn’t shave at home for the longest time 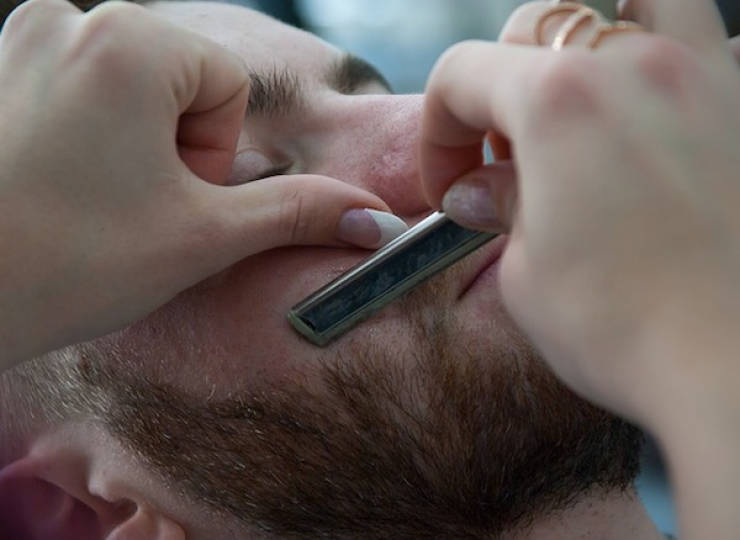 Now, we can shave whenever, but in the olden days, it was an occasion. It was only in 1903 that the mass production of safety razors began.

Prior to that, your only option was a straight razor that you tried to wield yourself, or you’d go to the barber for a shave and trim. Thus, the barbershop as the social hub of the neighbourhood began. 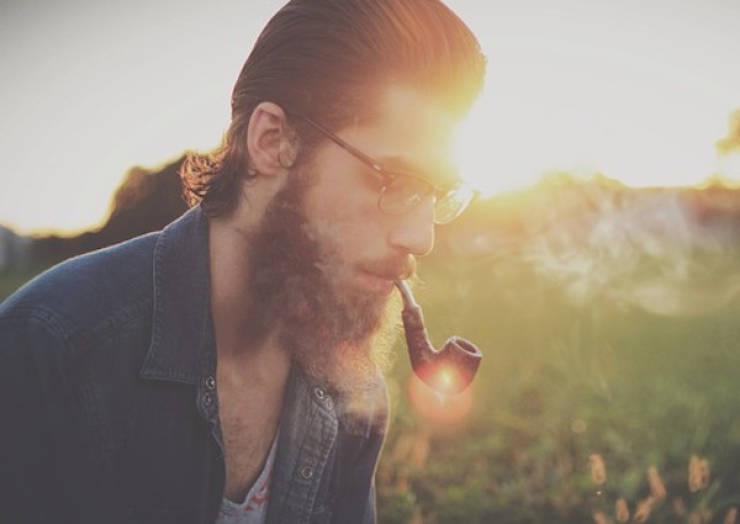 According to an Australian study, a full beard will block out some of the sun, protecting your handsome face.

I mean you’ll still need sunblock at some point, but at least the beard helps.

ZZ Top turned down a cool $1 million to shave 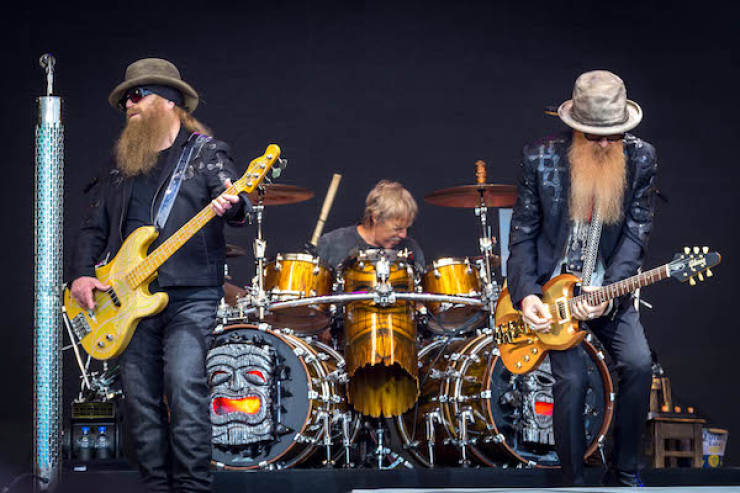 These guys are known for their beards, so it’s understandable that they said no.

Back in 1984, Gilette offered them the money to take off their beards. Both Billy Gibbons and Dusty Hill told them to [email protected]#k off. 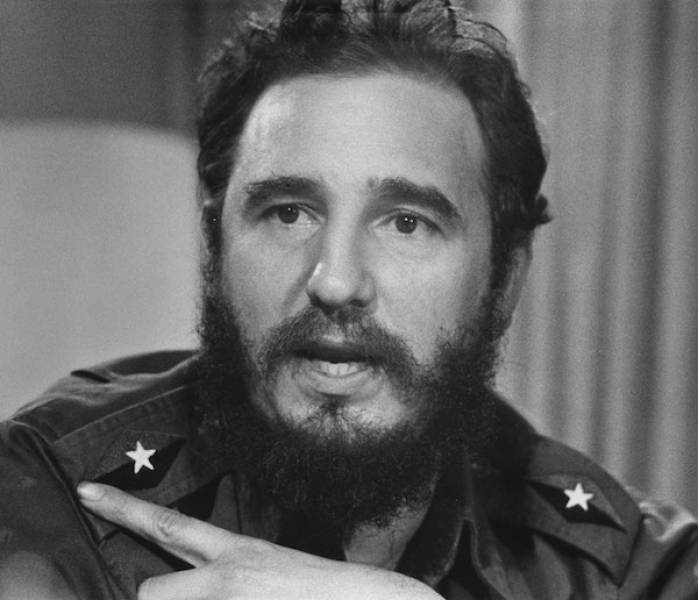 During his life time, Castro reportedly dodged over 634 assassination attempt from the CIA.

One of the most outlandish ones was to dust his shoes with Thallium salts. This was supposed to make his beard fall off, causing the public to think he’s been emasculated, and they’d think he was weak.