Boy Throws A Message In A Bottle Into The Ocean, It Is Found 9 Years Later (18 pics) 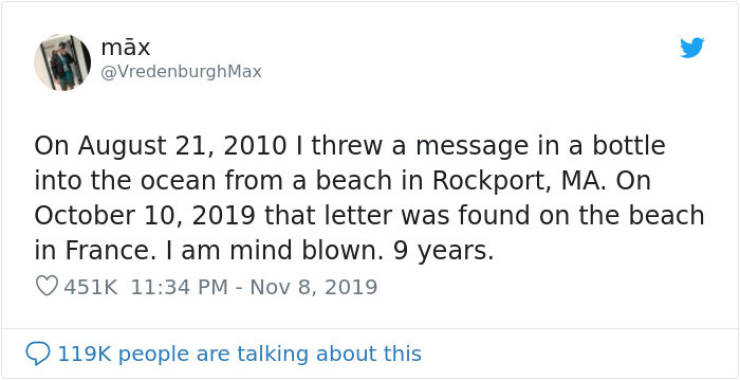 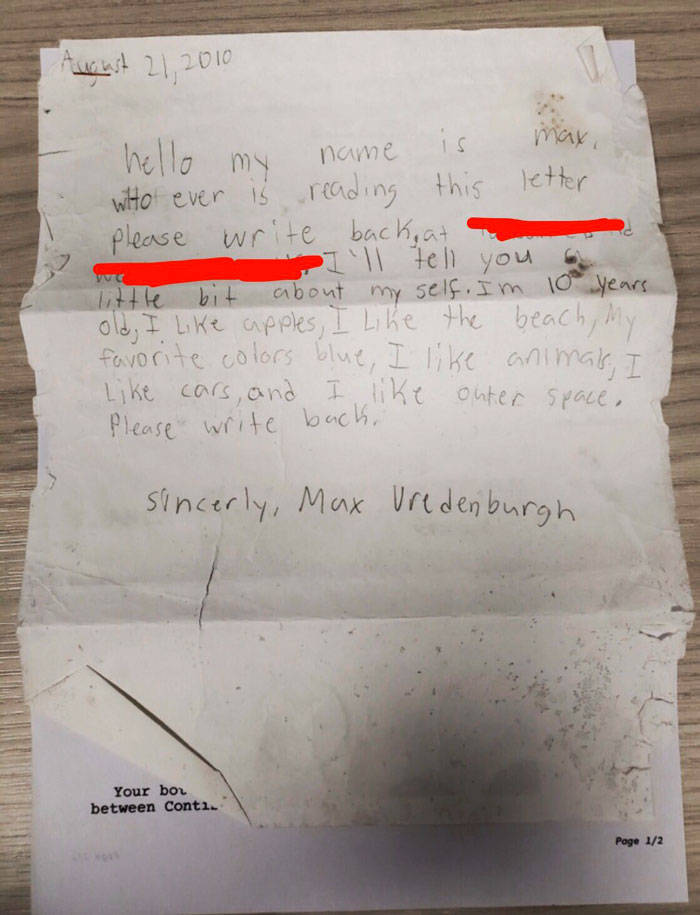 …and he finally got a reply! 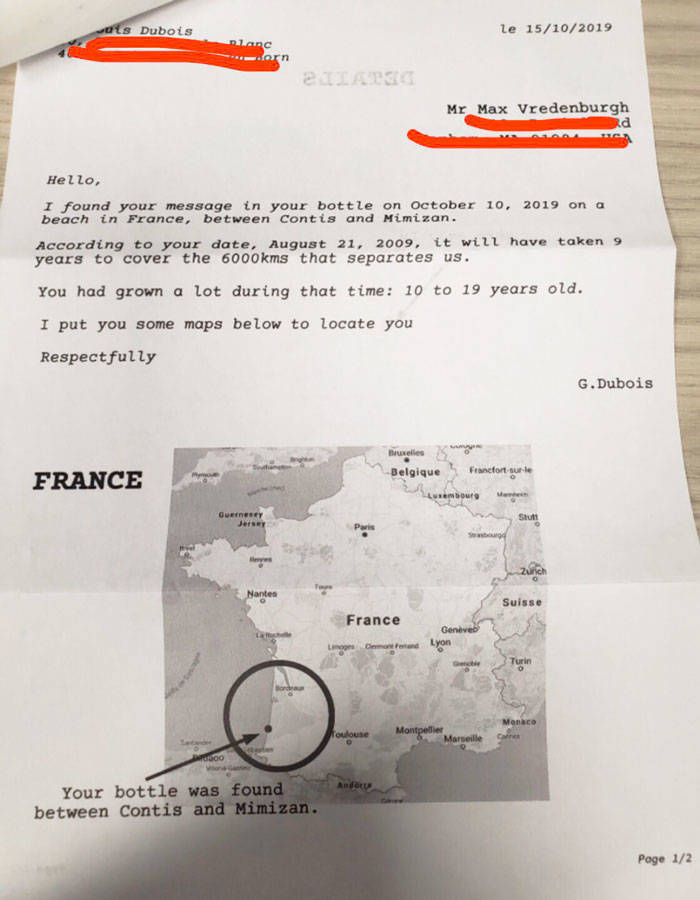 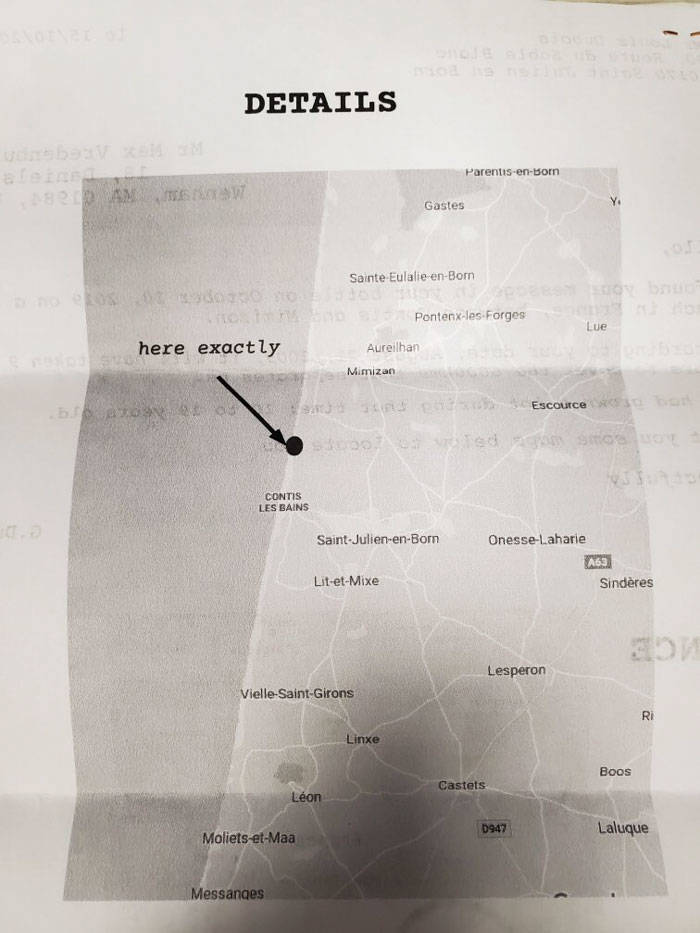 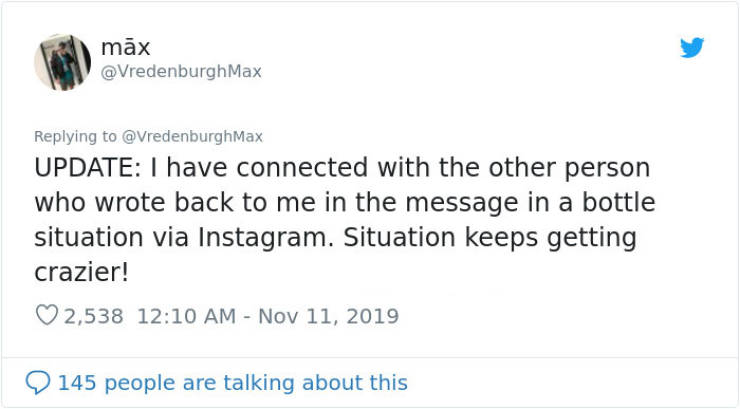 He even connected to the person who found his message 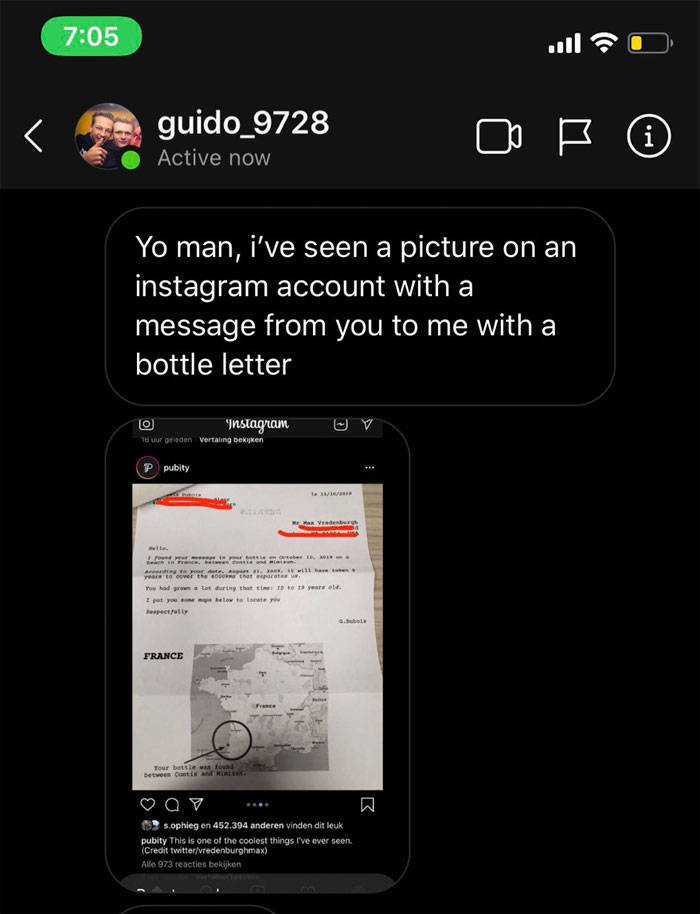 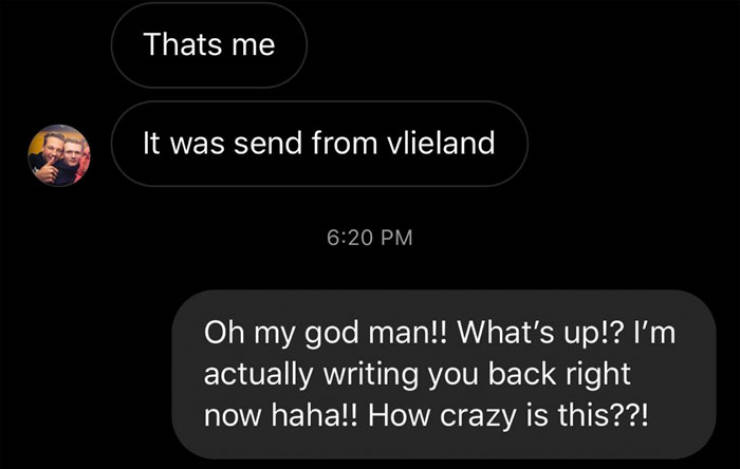 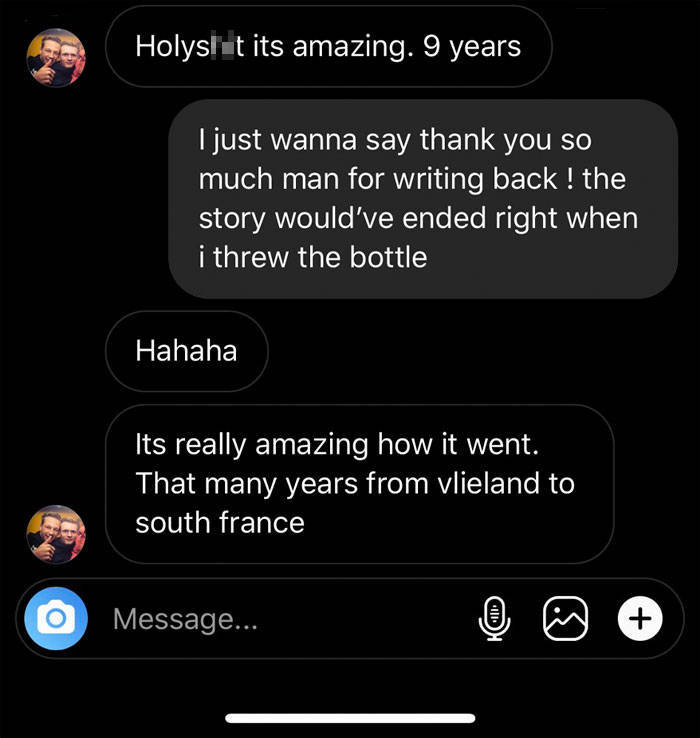 Max’s tweet got a lot of attention. It was liked nearly half a million times in less than two days and was retweeted over 100,000 times. What’s more, Max got in contact with the person who found his message via Instagram! How amazing is that? Very.

Imgur user minPD0309, who helped make Max’s post viral, told that they thought he must have felt great “that not only did the bottle make it around the world as he had hoped, but also that someone took the time to open the bottle and write back with detailed maps.”

They wondered why people are drawn to messages in bottles: “No one really believes that messages in a bottle will be found or be answered, but I think it’s fun to imagine where it is or the journey it has taken.”

“If I found a message in a bottle, I would like to know the age and thoughts of the person making the message, so that when I return it I can tailor make a return package for them with stuff from where I reside, so that they have a present to open along with the return of the bottle and message.”

According to minPD0309, Max’s story was ‘sweet and endearing.’ “However, I asked my sister to do the same with my niece and she said she refuses to pollute the ocean any further. Sad that the state of our oceans will make sweet stories like this disappear over time.” 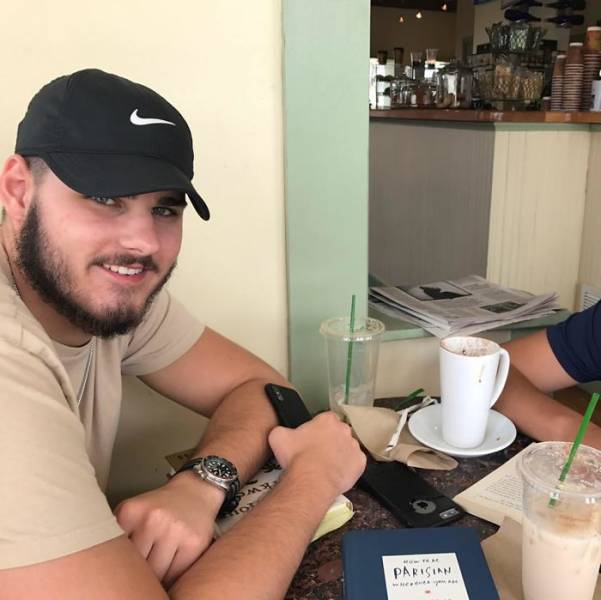 Humanity’s fascination with messages in bottles is widely documented. And some messages thrown into the ocean over a hundred years ago are being found just now.

Probably the oldest message in a bottle ever to be found (so far) is almost 132 years old and was found on a remote beach in West Australia. According to the BBC, the note was written in 1886 on June 12 and was thrown from the German ship ‘Paula.’

This bottle was part of the German Naval Observatory’s experiment into ocean and shipping routes. As part of the 69-year-long experiment, German researchers and officers threw thousands of bottles overboard, but only 662 messages have been returned so far. So looking for the missing bottles could be the perfect excuse for you to head to the beach this weekend.

Previously, the Guinness world record for the oldest message in a bottle to be found was held by a 108-year-old bottle that was located in Amrum, Germany. Dear Pandas, if you’ve ever thrown a message in a bottle into the ocean or found one on the beach, we’d love to hear your story, so drop us a line in the comments.

People were incredibly happy to read the story! 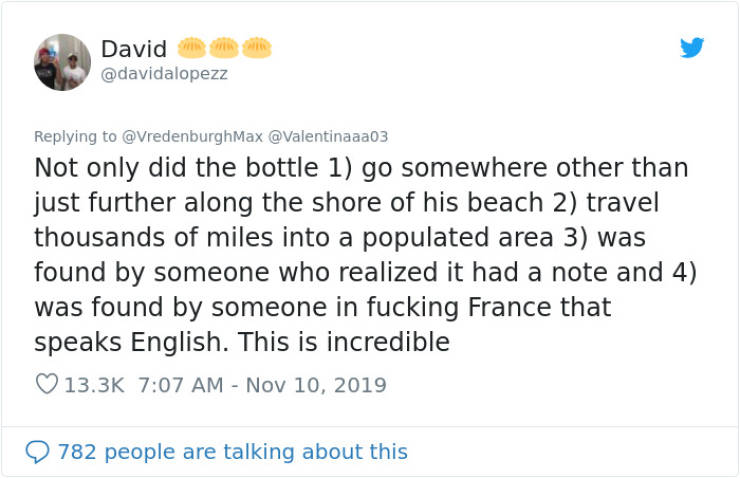 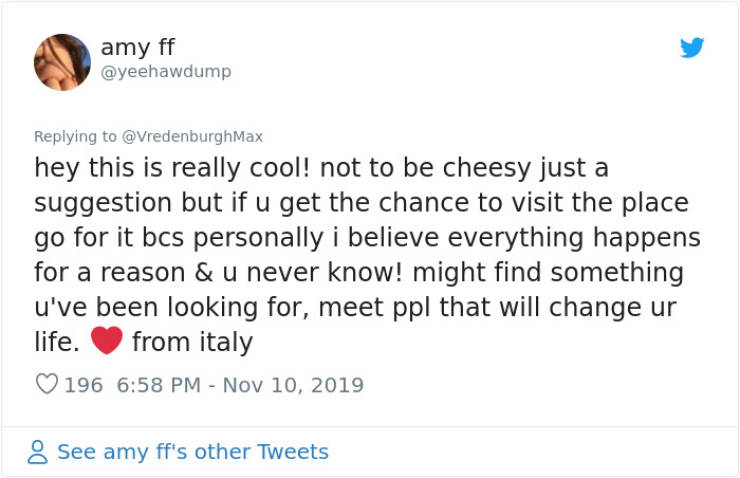 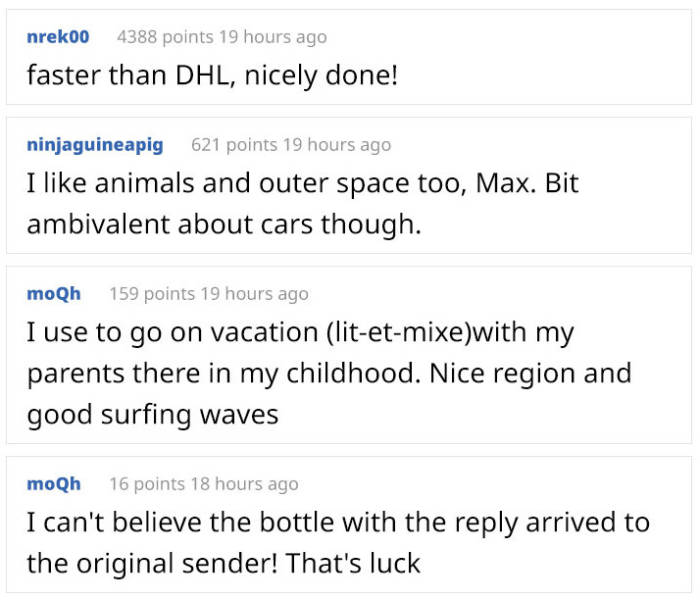