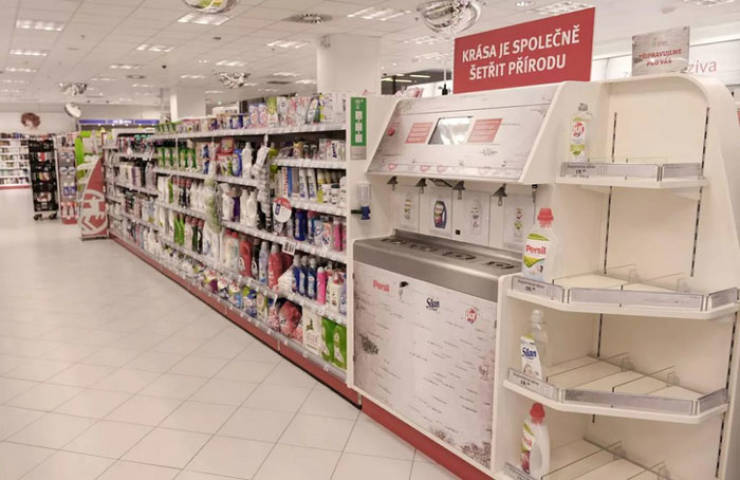 Dozens upon dozens of initiatives are already in place to reduce plastic use, including a washing machine product dispenser to encourage the reuse of plastic bottles. One such machine has been going viral recently.

A Reddit user by the name of Lord-AG has posted a photo of a machine found at a local drug store in the Czech Republic that is used to refill empty laundry detergent and dishwashing liquid bottles. Store patrons can simply use the machine to refill their clean empty product bottles instead of buying a new bottle every time they need one. 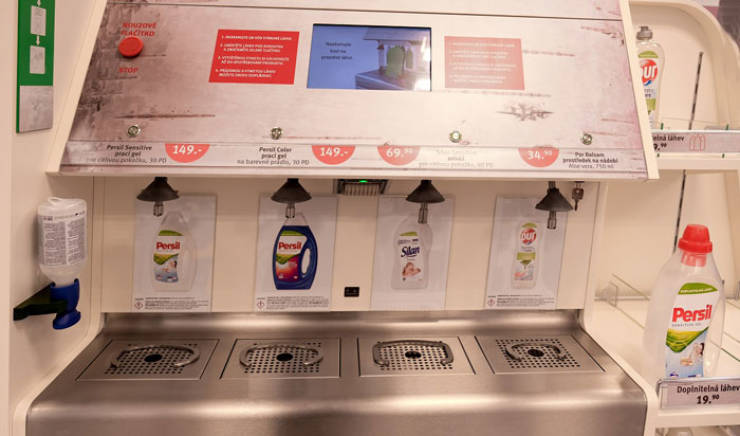 The drug store in question is Rossman, a chain of German pharmacies. They have partnered up with Henkel, a German chemical and consumer goods company, to fight the problem with disposable plastic packaging. The sign above the machine reads “Beauty is Saving the Nature Together.”

Considering that annual plastic production tonnage is in the millions in the US alone—300 million to be precise—reusing a plastic container just once would diminish the effects of the plastic problem by half.

Such a move towards plastic-free home products is becoming a bit of a no-brainer with businesses and people alike. “For us, it just makes sense,” explained the representative of SOAP Refill Station. “It’s becoming obvious to everyone now that plastic doesn’t just go away. We are all becoming more and more aware of the impact of our wastefulness. But what can we do to help? Reduce, reuse, and refill.”

Croatia’s port city Rijeka is also home to such a machine, except it dispenses food products 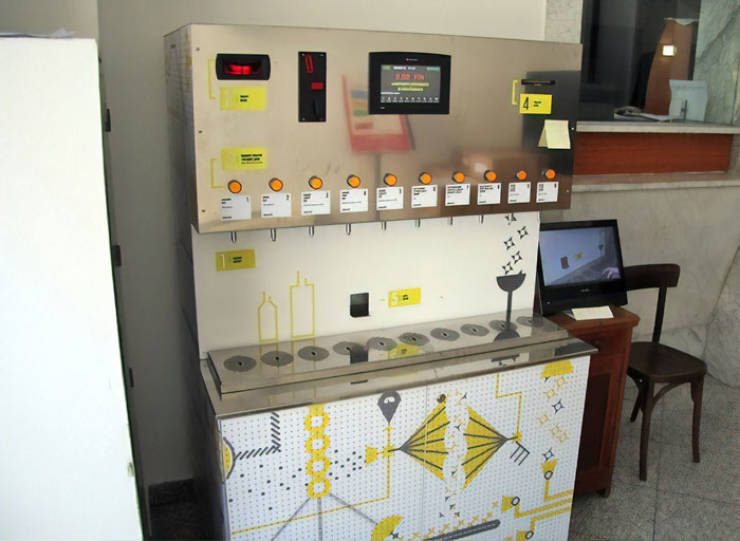 Fun fact, the inventor of the plastic bag said that his invention is an eco-friendly response to using paper and cotton. However, many people got lazy and nearly all bags are therefore being reused less than the recommended 131 times.

By making plastic bottle reusability as accessible as just going to the store—which you will be going to anyway—will not only save you money but will also save the environment. And other establishments are getting on board with this idea.

Some are skeptical of vending machines because they may offer a limited choice of products. However, this does not stop businesses from offering a vast assortment, even if the store clerks will have to do it manually for the clients. “Refill shops should stay fluid to meet the needs of its community members,” explained SOAP Refill Station. “Depending on climate and community resources, each shop would have to have a slightly different stock. If we can get a product in bulk that’s been requested—we will.” 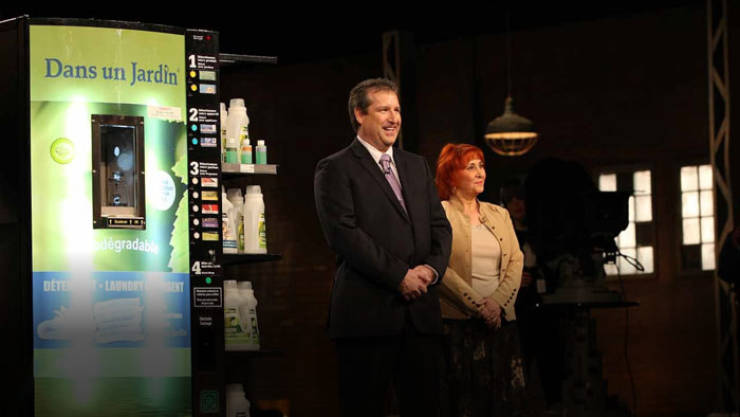 Refilling machines have been around as early as 2010. One of the more famous examples coming from Montreal, Quebec, was Martin Gagne’s laundry detergent refilling machine featured on CBC’s Dragon’s Den. It was available in 36 locations within the first 12 weeks.

When asked what refillable products are people most surprised about, SOAP Refill Station had this to say: “Most people seem to be especially excited when they see that we carry pet products and extensive array of hypoallergenic products.”

SOAP Refill Station also explained that people are showing enthusiasm for the idea: “Over all, it’s a newer idea to people in our community so they seem to be excited and embrace the whole.” 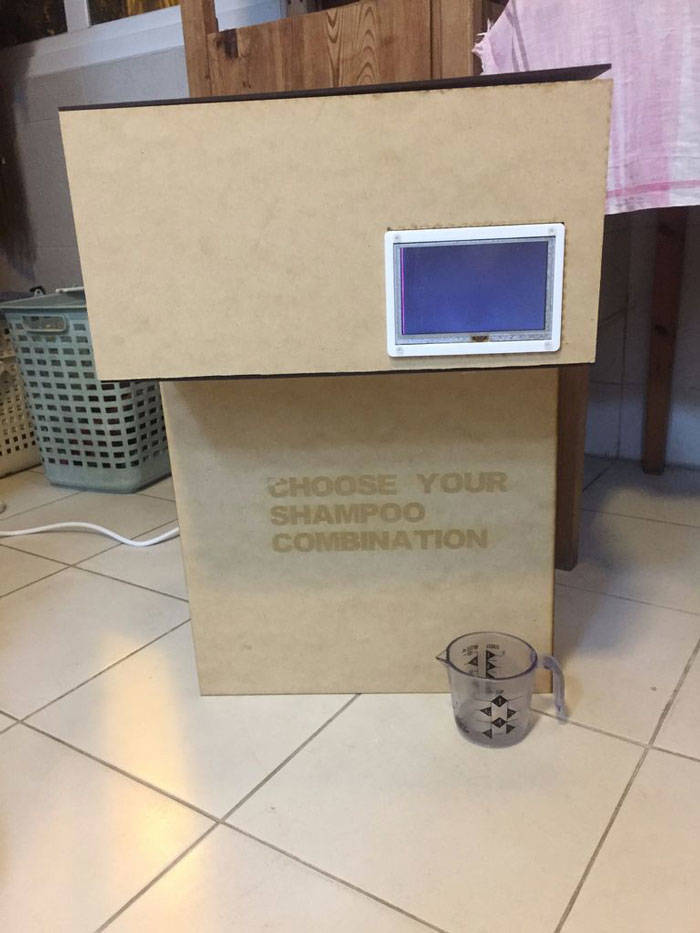 The idea is so good that there’s even a step-by-step guide on how to build your own shampoo dispenser using a Raspberry Pi 3 and a handful of building materials. A user by the name of Log GC has made one available to the general public on his Instructables account.

Plastic use is being extremely stigmatized, but SOAP Refill Station reminds us that plastic itself is not inherently bad—people just have to remember that it is reusable: “We don’t inherently have a problem with plastic. In many applications, plastic is the best material for the job, e.g. glass bottles are nice and all, but maybe they aren’t the best choice for a shower with a tile floor. Our goal is to attempt to break, or at the least slow the pandemic of the throw-away culture, with plastic as the primary target. We want to be there for that person asking themselves “But what can I do?” Well, You can start by refilling your soap.”

Be sure to check out SOAP Refill Station’s Instagram or visit the shop if you live in Springfield, Missouri, or the area.