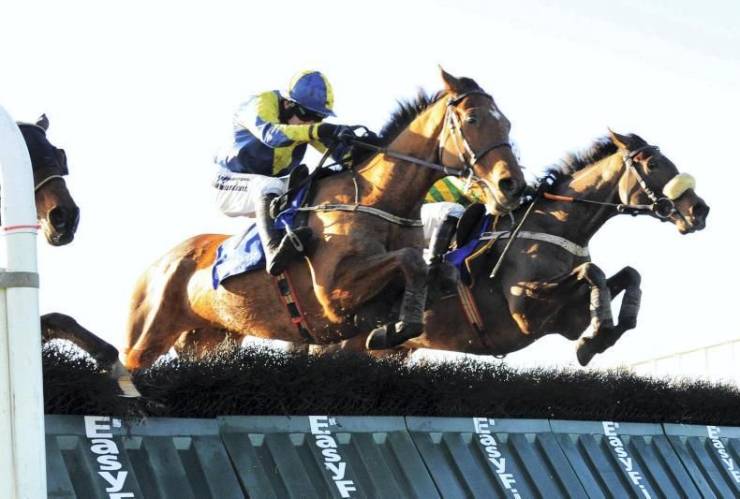 When it comes to a rich culture and an even richer history, few sports can compete with horse racing. Here are 20 facts about the Sport of Kings.

1.  Horses have been raced as far back at 4500 BC and there is evidence to suggest they were raced in ancient Greece and ancient Rome.

2.  Horses have to be fit and healthy to race but sometimes, things fall through the net. One example was British racehorse Humorist who won the Derby in 1921 but actually was suffering with tuberculosis at the time and had only one healthy lung.

4.  There’s actually no height requirement for jockeys but there is a weight limit of 126 pounds.

5.  Because gambling is so heavily associated with horse racing, it’s against the rules for jockeys to race a horse that they own or have a share in. The penalties are strict and can even land offenders in jail.

6.  National Hunt racing is incredibly popular in Europe, with the Grand National the most prestigious of this type of race.

7.  The first horse to ever win the Kentucky Derby was Aristides in 1875 and at the time of his racing, the course was one quarter of a mile longer than it is today.

8.  Successful stallions can actually earn their owners more money in stud than on the racetrack.

9.  Thoroughbred horses are specifically bred for their determination on the track and their speed and agility, compared to standard horses who are more adept at racing at a trot than a gallop.

10. Jockey Alfred Johnson once lost 14 pounds in a single day in order to meet the weight requirement for a race.

11. In 1908, the Grand National Steeplechase was won by a three-year-old plow horse.

13. Before the concept of the Triple Crown was created, two of the races would be often run on the same day which prevented the majority of horses from winning the competition due to exhaustion.

14. Just 12 horses have won the Triple Crown and the most recent to do so was American Pharoah in 2015.

15. The Pegasus World Cup, held in Florida, is the richest race in the world.

16. Diane Crump was the first woman to professionally ride in a horse race in the US in 1969. She faced a lot of

hostility from the crowd and had to be escorted in and out of the track because of their anger at her racing.

17. The average weight of a horse’s heart is eight pounds, but the famous Secretariat had a heart that weighed a staggering 22 pounds.

18. Only 15 horses have won the British Triple Crown since 1809, racing results show that just one of those horses having won the crown since WWII – Nijinsky in 1970.

19. The Grand National is referred to as the ultimate test of horse and rider due to being one of the most challenging racetracks in the country.

20. More than £70 billion is bet on horse racing every year.