Keanu Reeves Is In The New Spongebob Movie. And He’s A Tumbleweed (8 pics + 1 video) 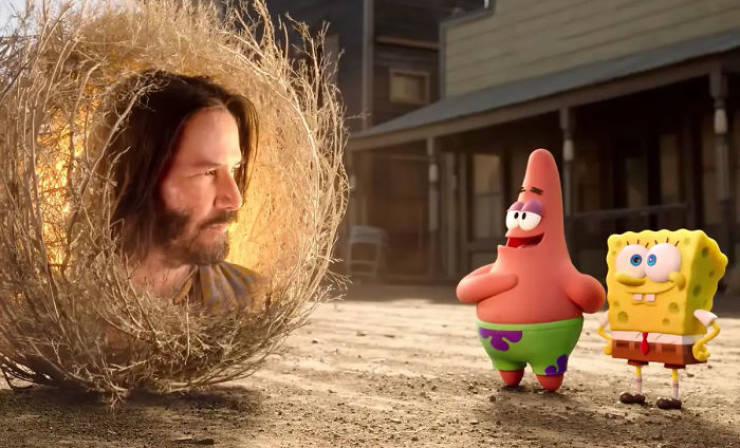 Reeves will be playing a wise tumbleweed 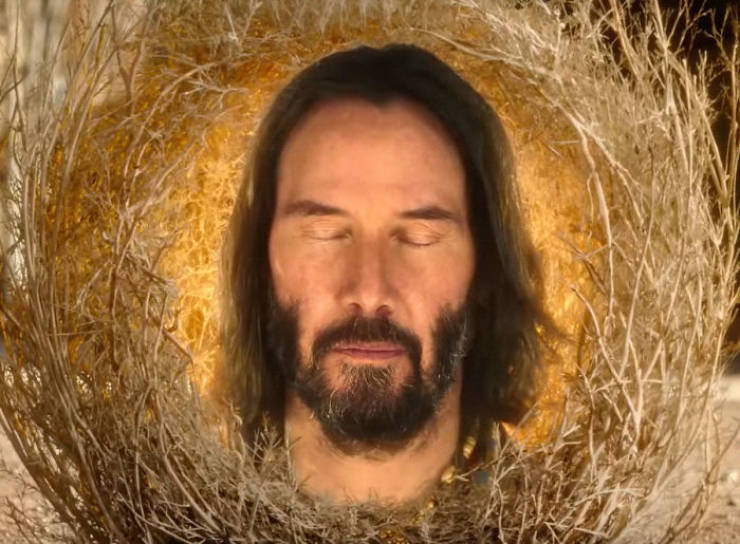 The animated movie will come out in May 2020 and will feature the story of how Spongebob and Patrick search for Gary who has been ‘snailnapped.’ Their honorable quest takes them to The Lost City of Atlantic City where shenanigans happen. What’s more, we’ll be actually shown how Spongebob and Gary’s friendship started in the first place. Honestly, I can’t wait to see the movie because I need a good dose of silliness in my life. And I have to say, I love the new animation style.

The movie will be coming out in May 2020 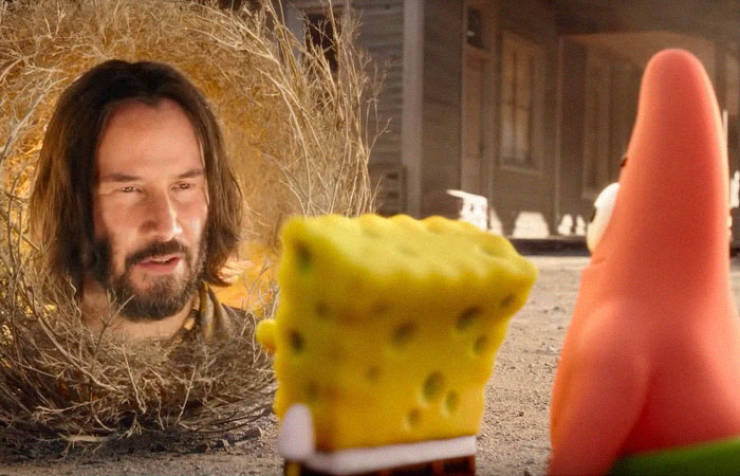 Keanu’s character made of sage and his name is Sage. How fitting 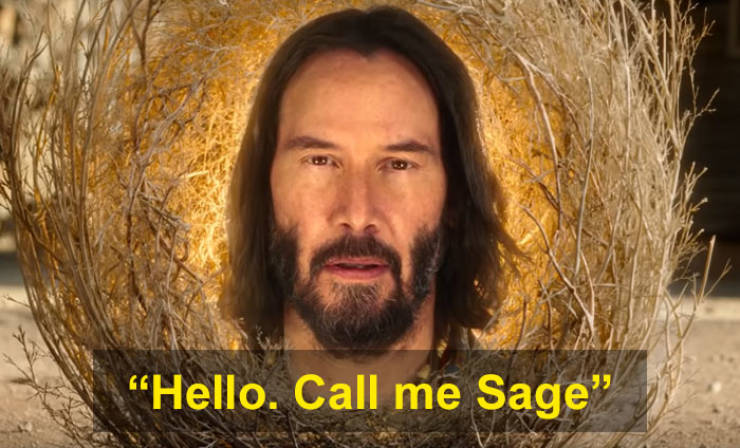 Reeves will be making an appearance as a sage named Sage. In the trailer, the actor’s looking as good as ever and some of us are glad that he’s taking some time off from ‘serious’ projects to act in fun and light-hearted movies as well. 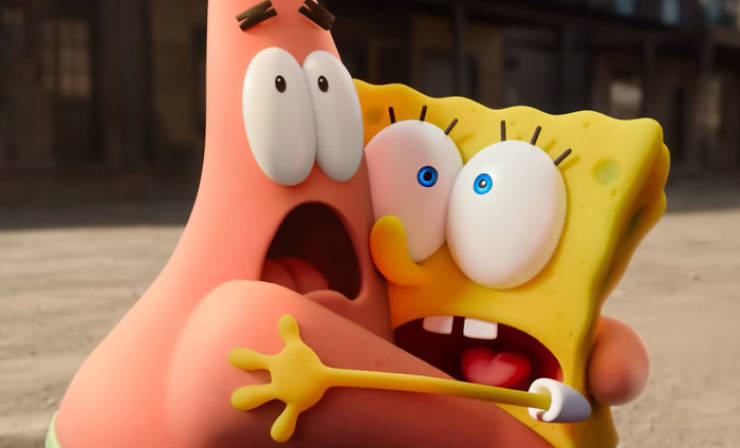 “I’m pretty sure it doesn’t,” the tumbleweed replies in typical Reeves fashion. 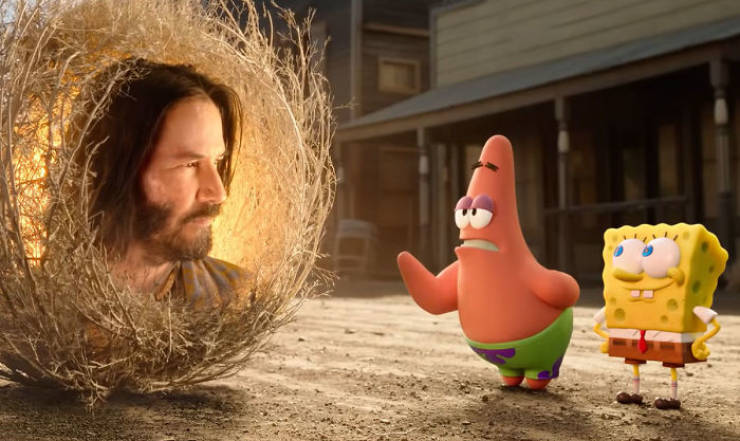 Reeves has recently been in the news for his future appearance in the fourth ‘The Matrix’ movie and also because of his hand-holding with artist Alexandra Grant. The actor’s fans are overjoyed that the incredibly private star is finally going public with his relationship.

Here’s the full movie trailer. Get ready to smile. A lot

Bored Panda talked to Keanu and Spogebob’s fan Mr. Spike about the upcoming movie, about Reeves as an actor, as well as whether Gary would be saved at the end of the film.

In Mr. Spike’s opinion, Reeves most likely took part in the project and starred in a ‘joke role’ because both he and Spongebob Squarepants are extremely viral memes. “I feel like he enjoyed the show because it was something different and creative. Imagine being an action movie hitman and then appearing at the E3 representing a badass cyborg and then BAM! The internet sees you as a godly tumbleweed. He must have enjoyed the reactions, too.”

“I was glad that Spongebob is still in action even after all these years doing movies and still making episodes. But of course, even if Keanu Reeves is this famous, who was expecting it!?”

Mr. Spike admitted that they’ve been a Spongebob fan ever since the very first episodes came out. They also enjoy Reeves as an actor, especially for his stunts in the John Wick movie franchise. “Personally, I loved the first one because it caught the essence of a hitman who seeks revenge but also, most importantly, before being a hitman he is human. I simply love Keanu Reeves as the John Wick face and as a wholesome person, known for his kindness.”

Finally, Mr. Spike predicted whether or not Gary the snail would be alright in the movie! Possible spoilers ahead, so read on at your own peril.

“Of course Gary will be alright! They need to produce more movies! It would be funny that all this time Gary was hidden at home or something.”

Meanwhile, another Keanu and Spongebob fan, who also runs the Games Cage video game channel, explained that Reeves has been ‘blowing up’ these last few years. “Especially within the nerd culture community. John Wick is super cool, he’s also a toy in Toy Story 4, a character in the upcoming Cyberpunk 2077 video game. So he’s just going and being a legend! And a very lovable person, so they probably wanted him on board!”

They said that they grew up watching Spongebob, were huge fans of the first two Spongebob movies and are looking forward to the new one. “It’s not the first time Gary goes missing, so he’ll be fine.”

People were ecstatic about the Keanu-Spongebob crossover! And so are we! Woo!