These Turkey Facts Are Not Cold At All (22 pics) 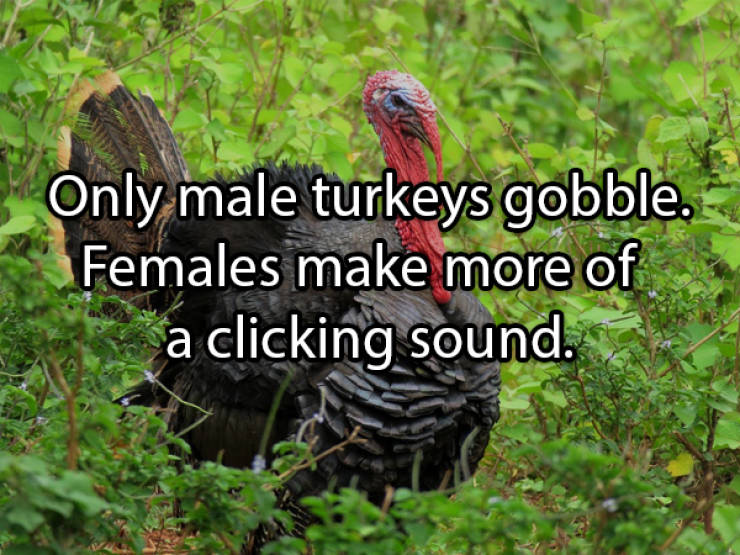 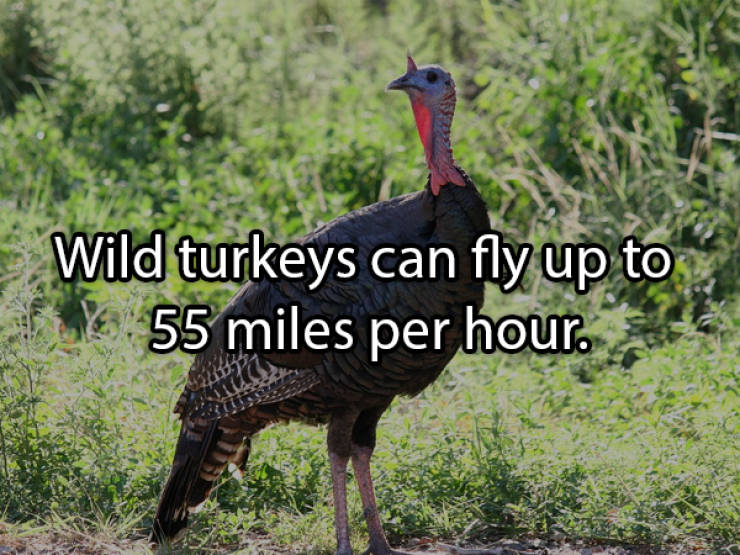 Wild turkeys are among the five largest flying birds in the world. 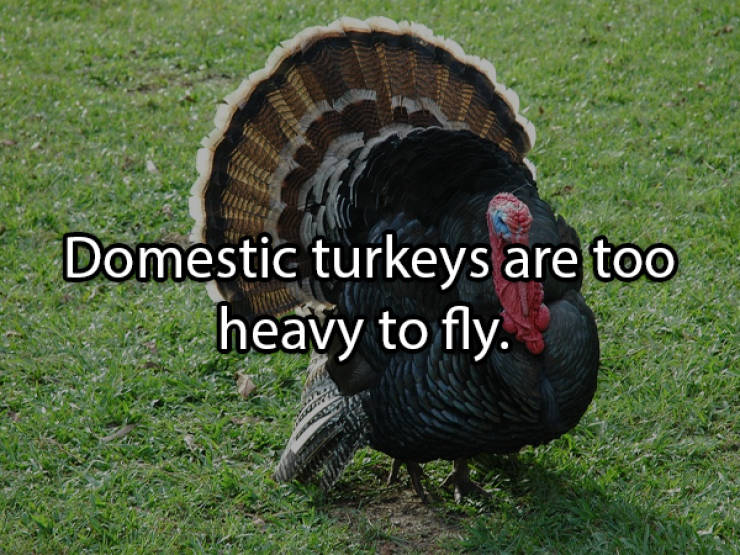 The juicy birds bred for Thanksgiving feasts are too big to get off the ground. 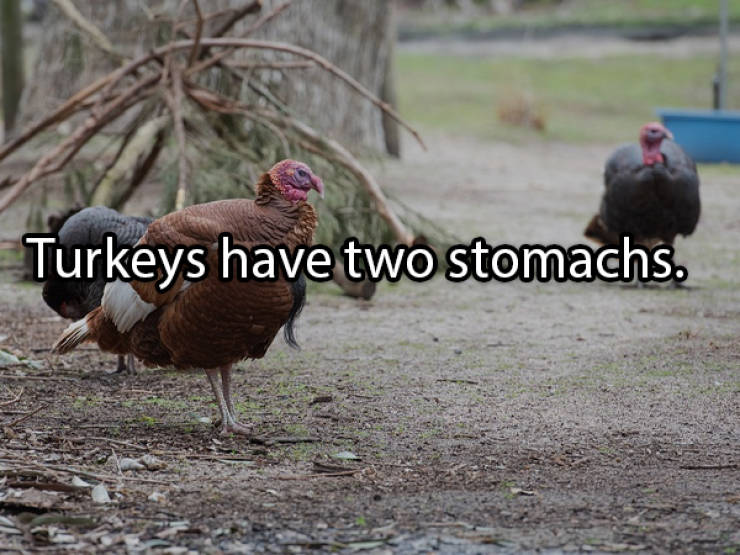 Like all other birds, turkeys don’t have teeth and require a little extra help to break down their food. 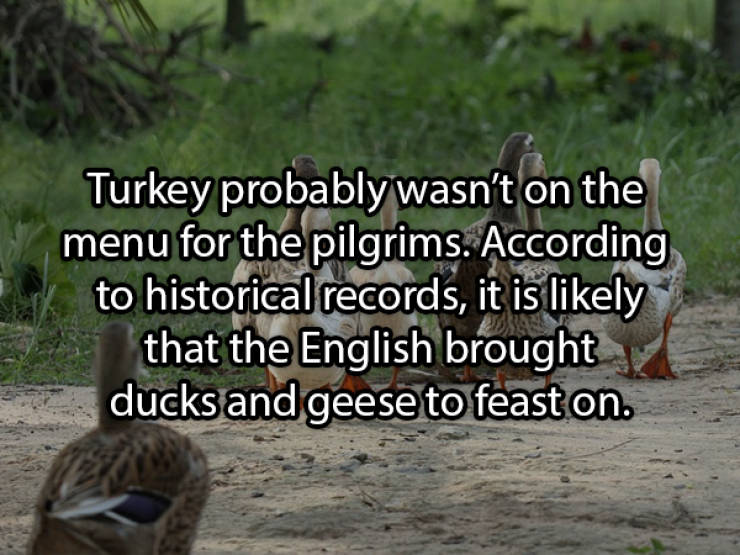 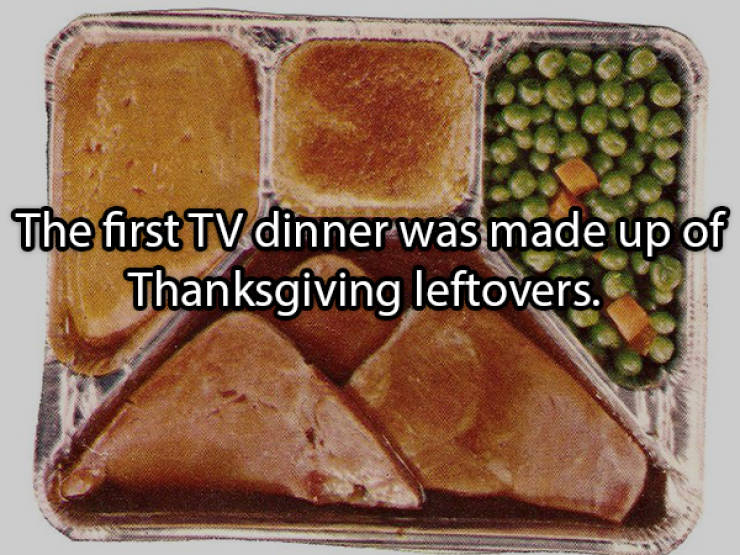 In 1953, Swanson ended up with 260 tons of frozen turkeys after Thanksgiving. The company solved the problem by scooping turkeys and sides into aluminum trays. 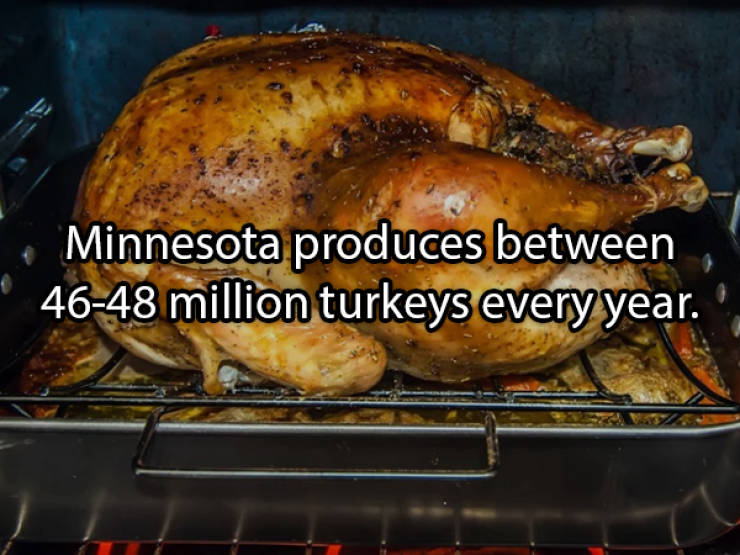 It is the top turkey-producing state in the country. 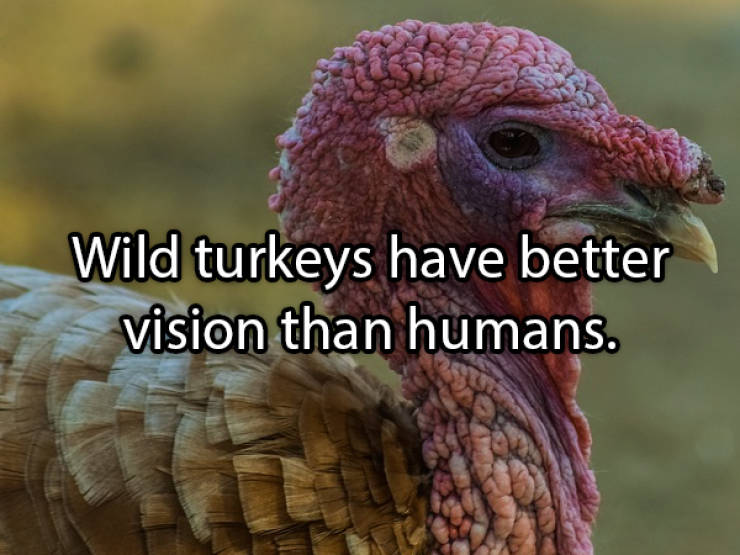 The birds can detect motion from very far away and have vision three times greater than 20/20. 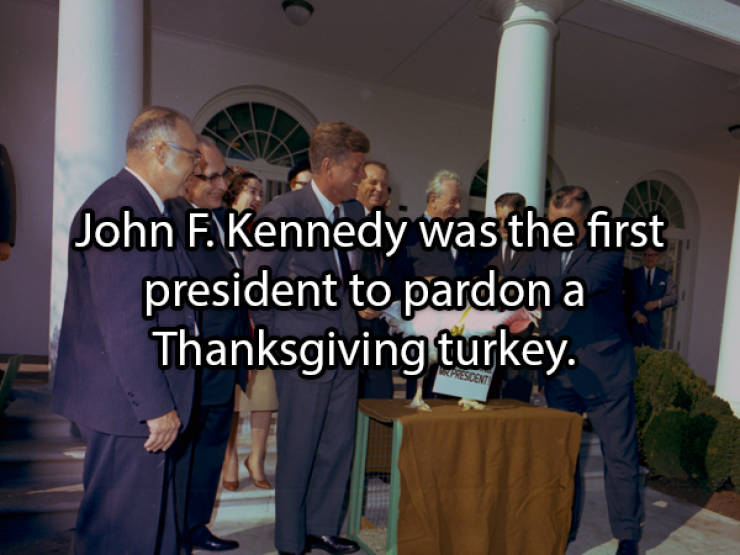 The bird was a gift from the National Turkey Federation, and the president decided to let the little guy off the hook. 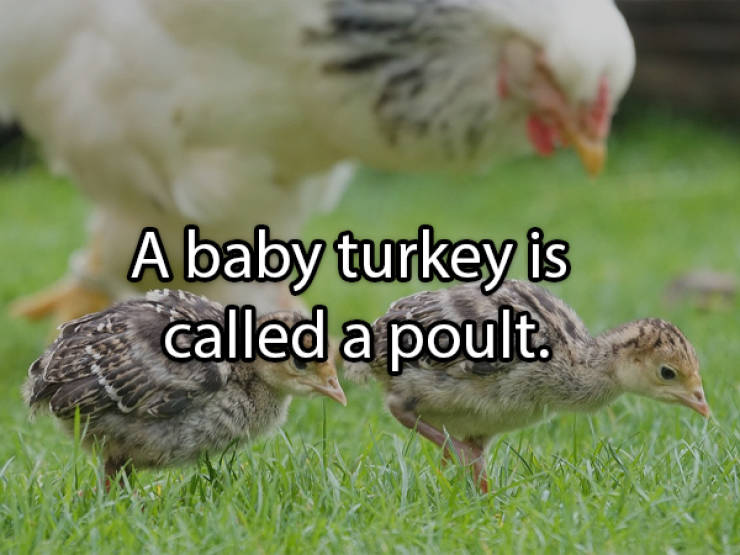 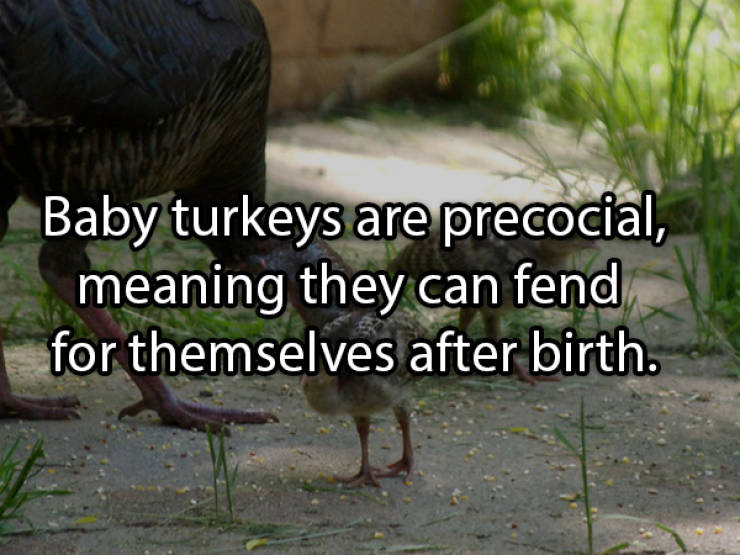 Though they do stick by their mothers while they’re little, as they protect them from predators. 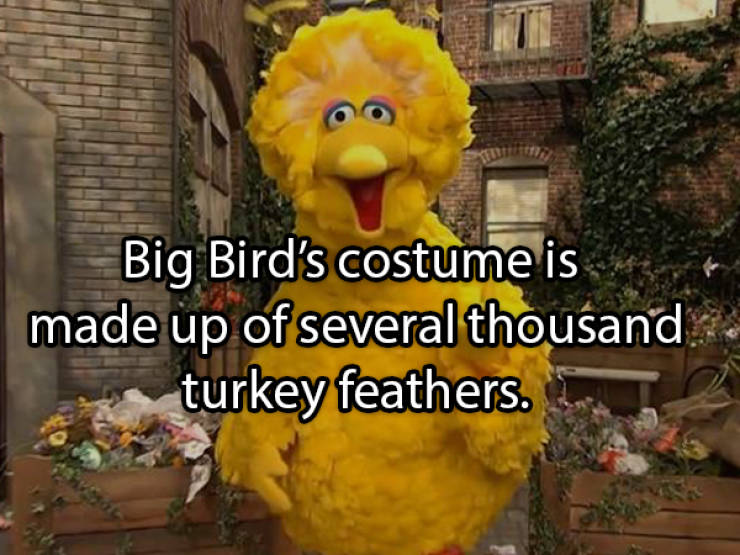 Yeah, so this is the most terrifying thing I’ve heard in a while. 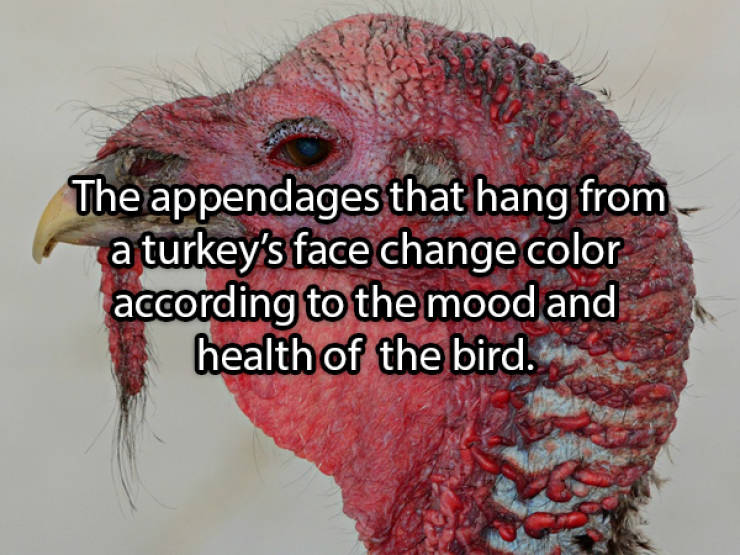 If a male is trying to attract a mate, the appendages will become red. If a turkey is scared, they will turn a bluish color. 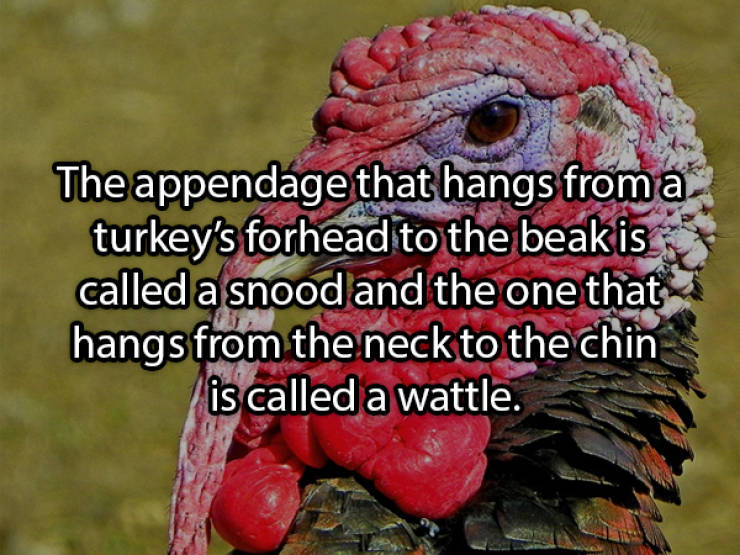 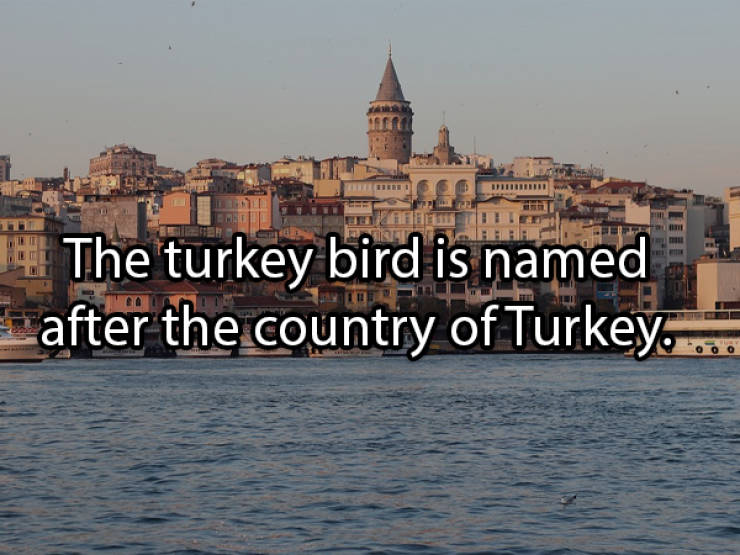 When the English began importing the tasty bird from Europe, they mistakenly thought it was from Turkey because Turkish merchants sold it to them. The bird actually originated in Madagascar. 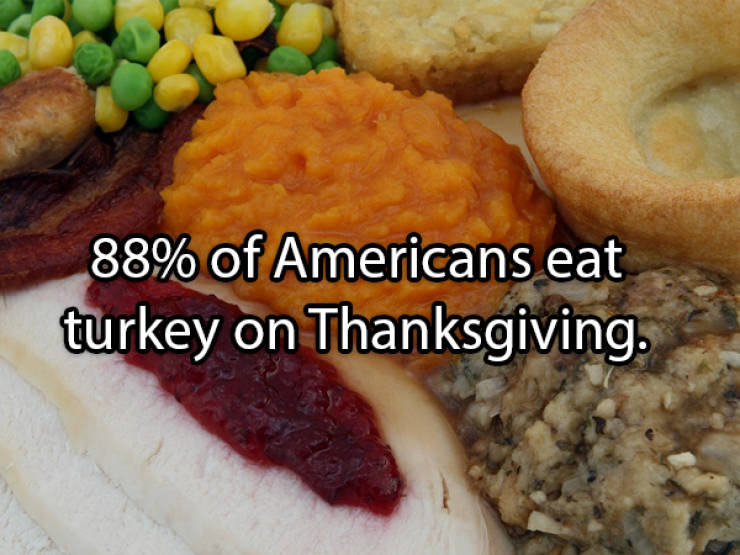 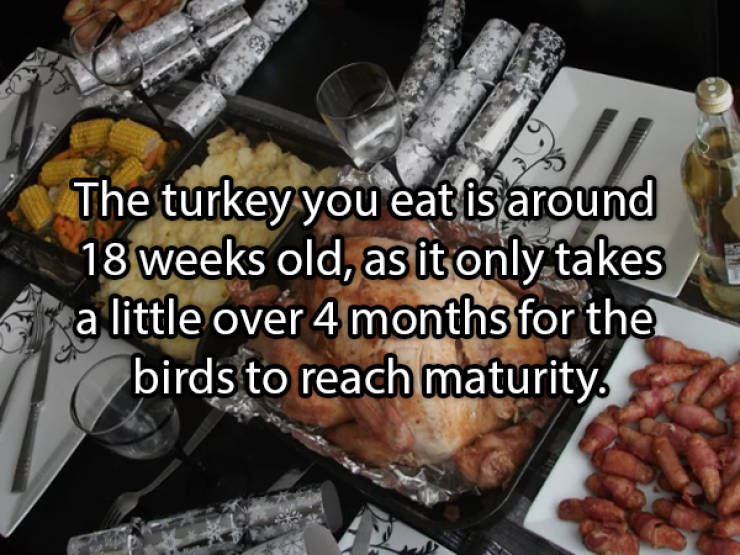 Feel free to share this fun fact with whichever relative is being the most obnoxious during Thanksgiving dinner. 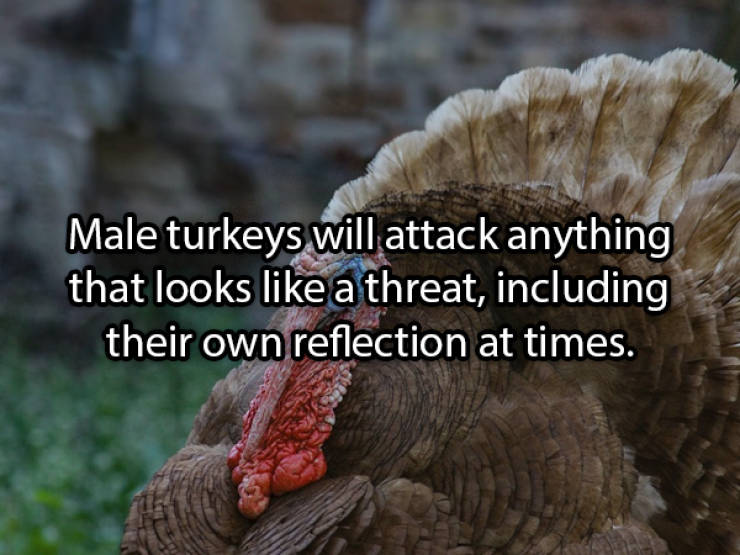 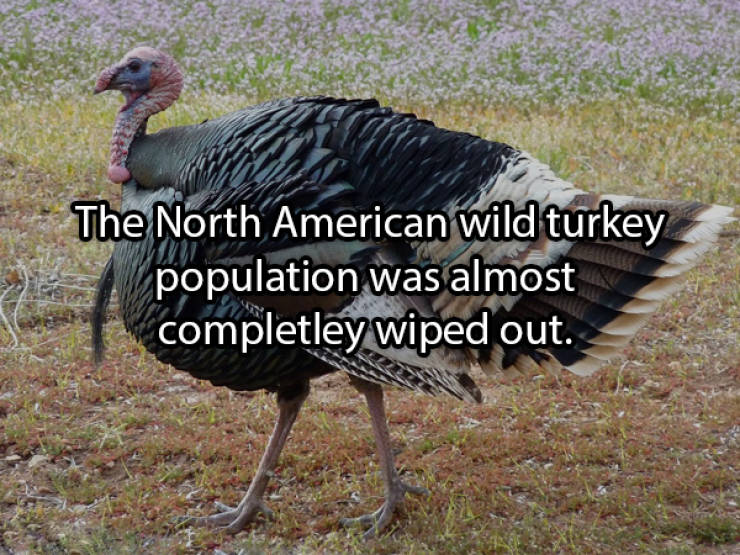 The wild turkey population was down to just 30,000 in the early 20th century due to hunting and the destruction of their woodland habitats. In 1973 that number was up to 1.5 million and today there are about 6 million wild turkeys in North America. 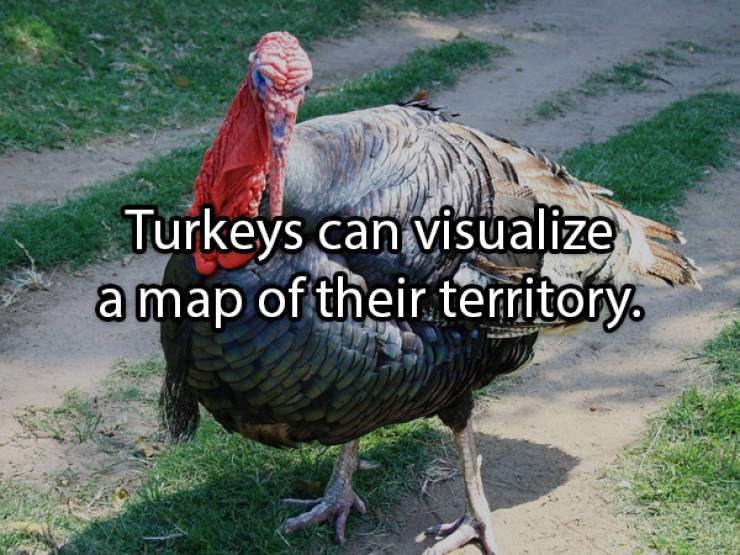 The birds can form a visual map of lands and remember tiny details of an area over 1,000 acres. 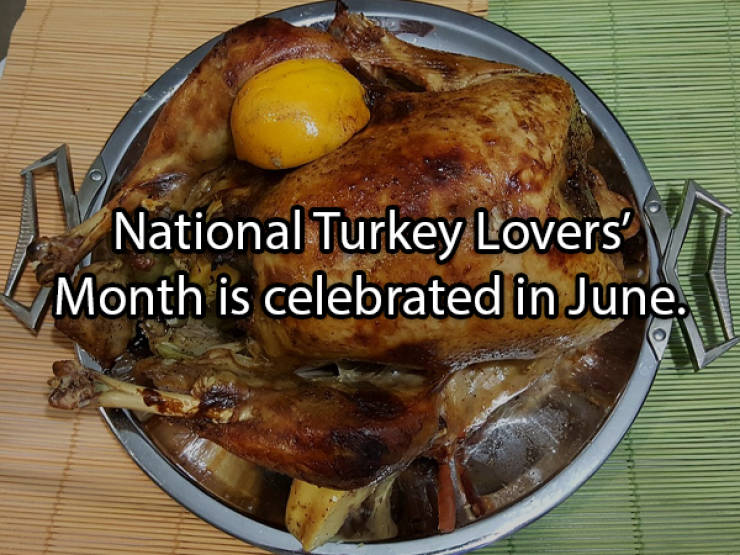 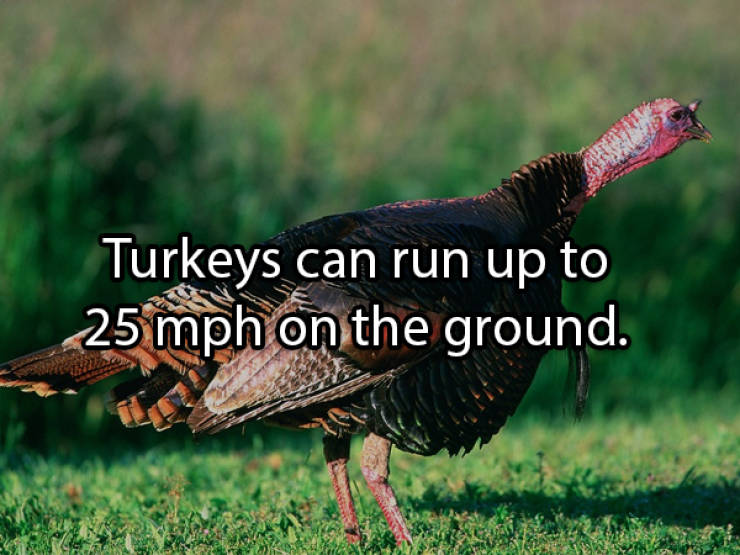 This is as fast as a charging elephant.