She Just Wanted A Toyota… (5 pics)

Jodee Berry expected a brand new Toyota after winning a contest, but was presented with a toy Yoda instead 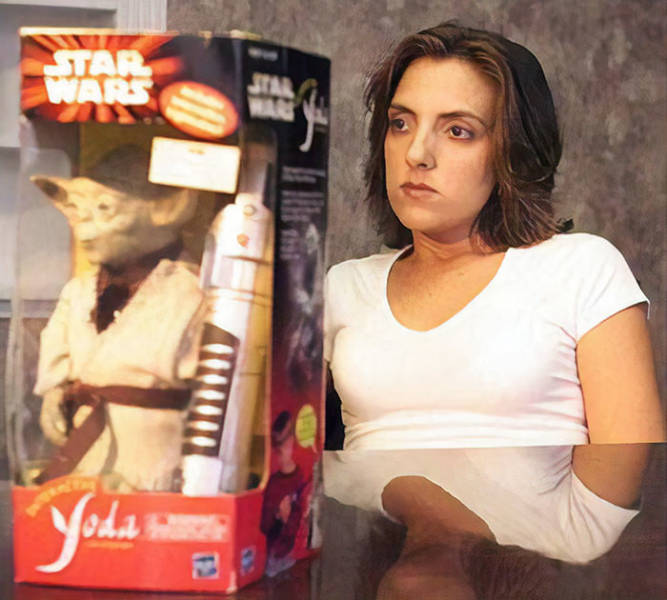 In 2001, unsurprisingly, the woman knocked it out of the park with the sales and ended up winning the contest by selling the most beer in a month. However, when she was blindfolded and led into the parking lot outside of the restaurant, Berry was in for a surprise. Instead of a long-awaited car she got a small package with a toy Yoda inside. 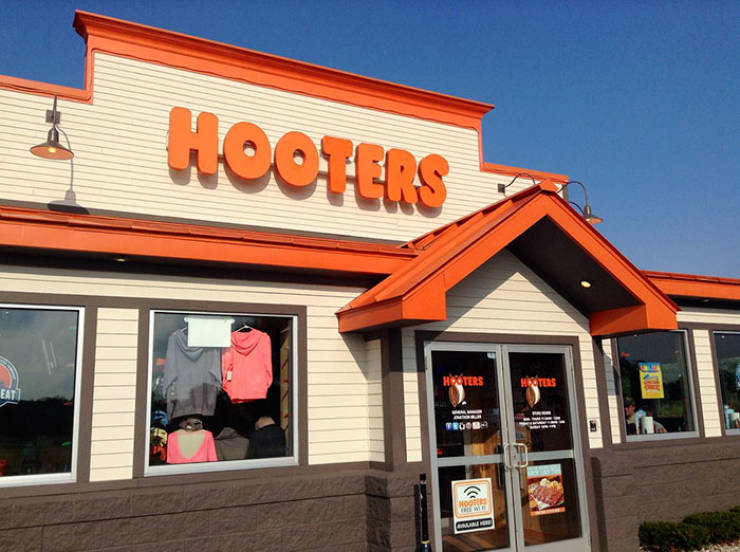 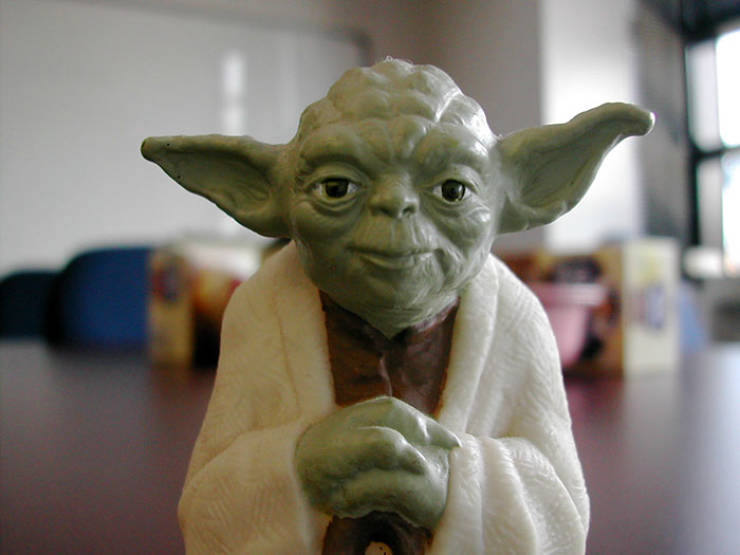 The woman was, understandably, furious, and not only ended up quitting the restaurant but also suing them. Even if the manager at Hooters claimed it was only an April Fools’ joke, a year later Berry and Gulf Coast Wings, Inc., the corporate owner of the restaurant, ended up with a settlement at court. 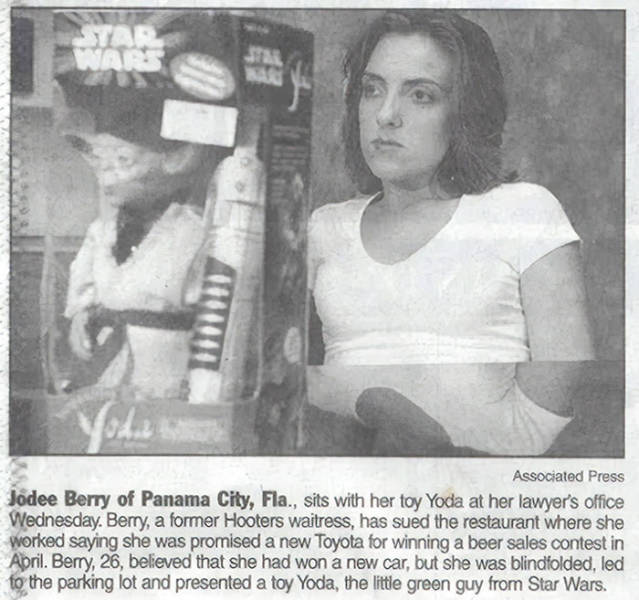 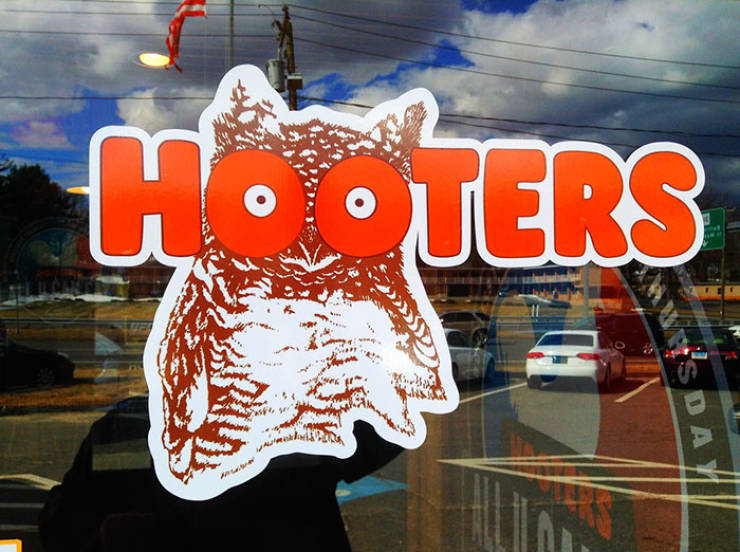 Berry cited breach of contract and fraudulent misrepresentation and walked out with an undisclosed sum of money in her pockets. David Noll, her attorney, was quoted on saying that the amount of money the woman received would allow Jodee to “pick out whatever type of Toyota she wants.”