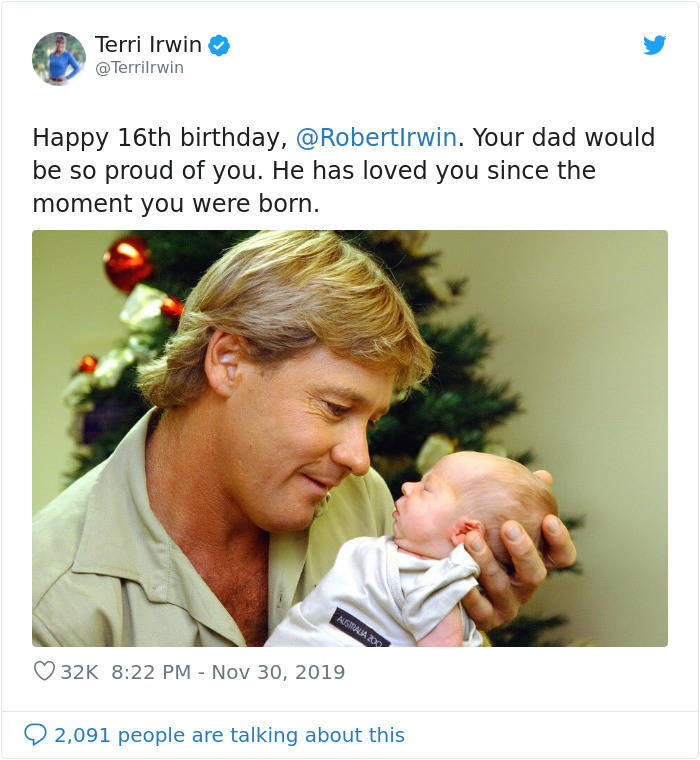 She also shared some unseen snaps from the family archives

Terri also posted a series of unseen photos showcasing just how close Robert was to animals from his very first days. A snake named Jenny is wrapped around the toddler in the very first pic, followed by progressive photos as the boy matured. “Jenny has been [Robert Irwin]’s pal for 16 yrs,” Terri’s tweet read. 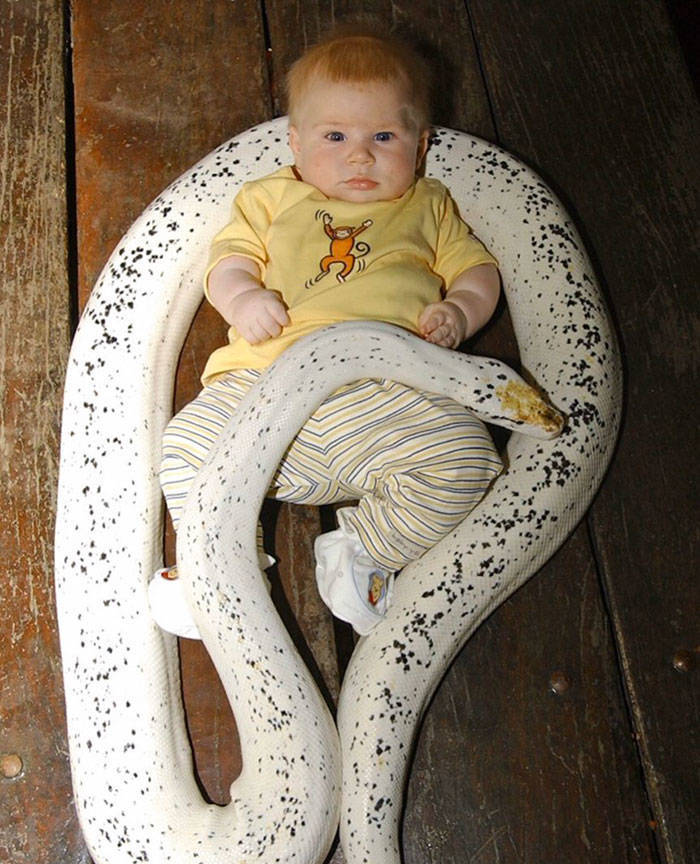 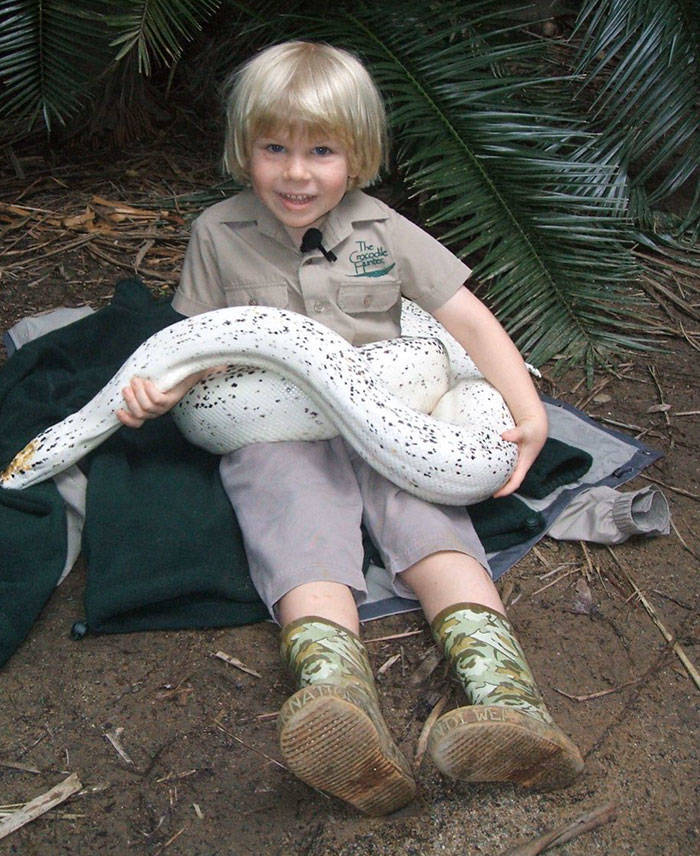 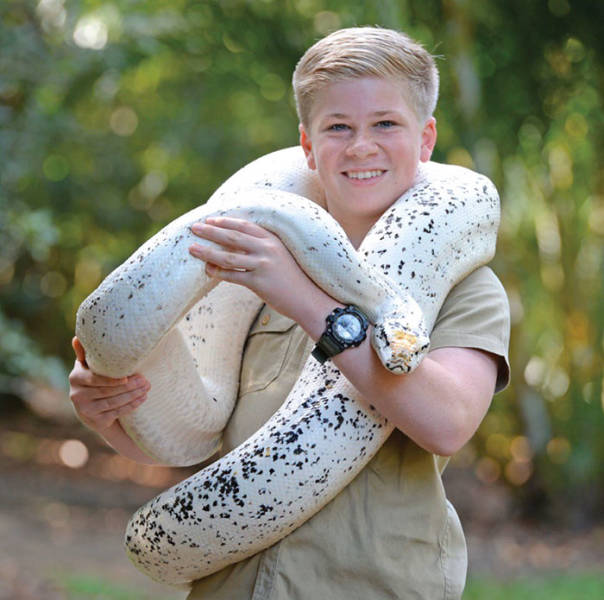 Robert’s sister, Bindi, also chimed in with an adorable photo of the boy from his childhood. Robert sports an adorable duck costume in the picture for which Bindi calls her brother “the cutest ducky [she’s] ever known”. 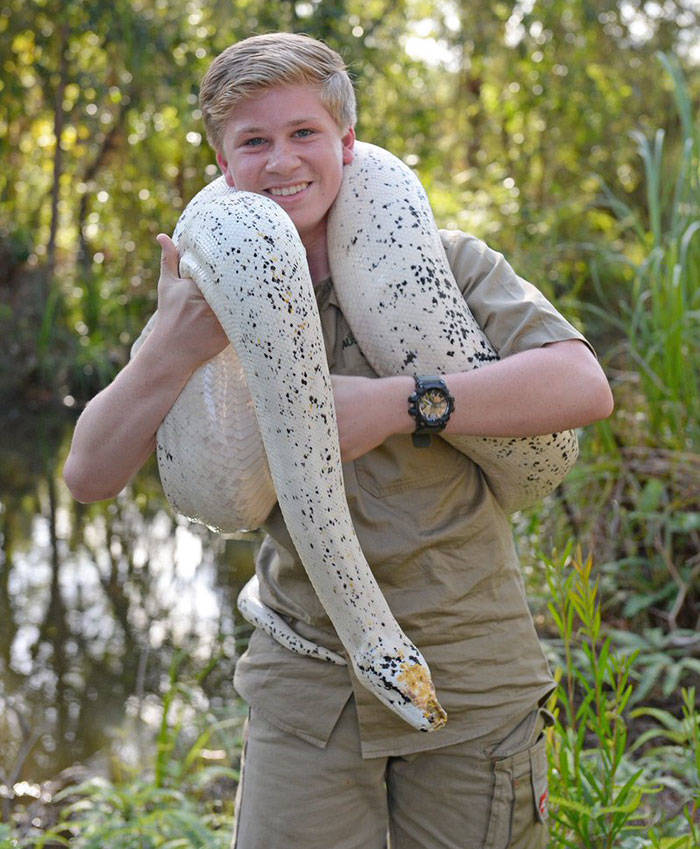 Robert’s sister, Bindi, also joined in with the birthday wishes and another adorable family photo 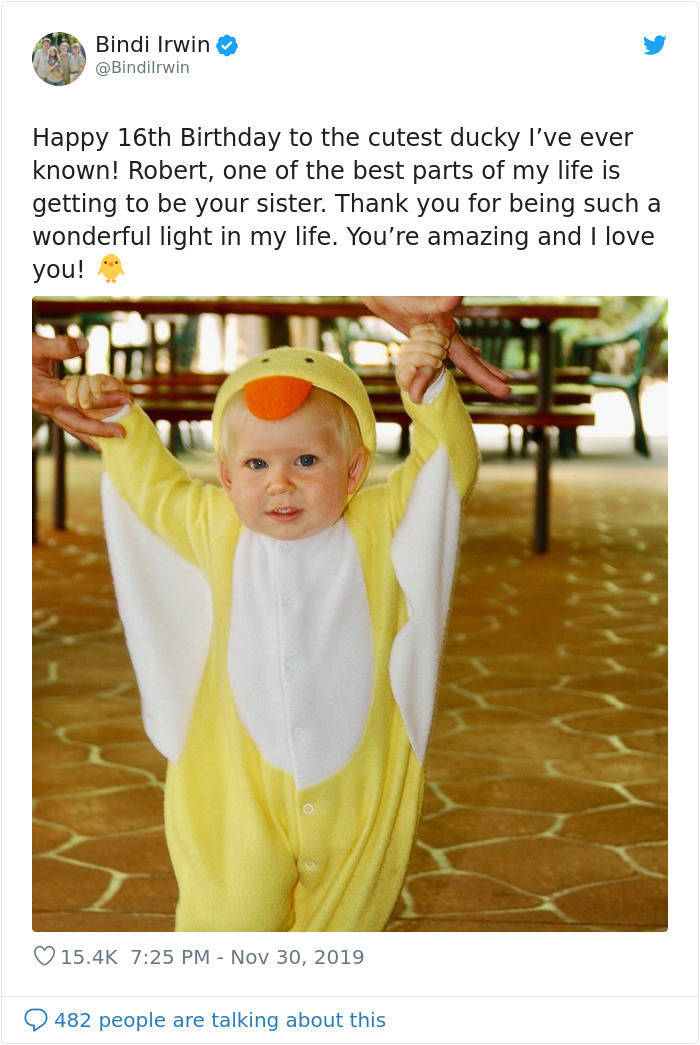 Robert Irwin picked up his father’s legacy and continued his work, becoming a television personality and wildlife photographer. Just last week, he was seen at ARIA Awards red carpet event at The Star Sydney with a giant snake wrapped around his shoulders! Crikey! 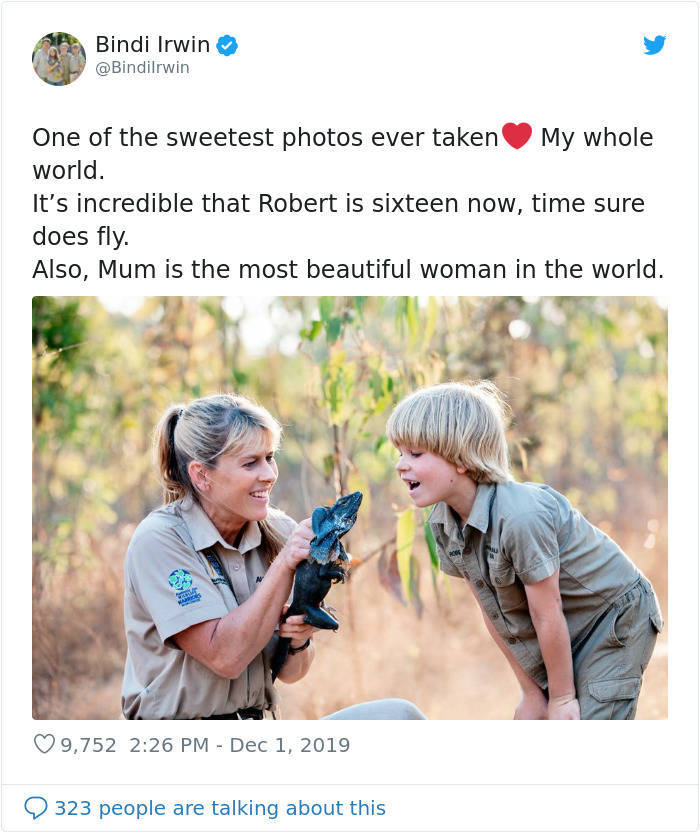 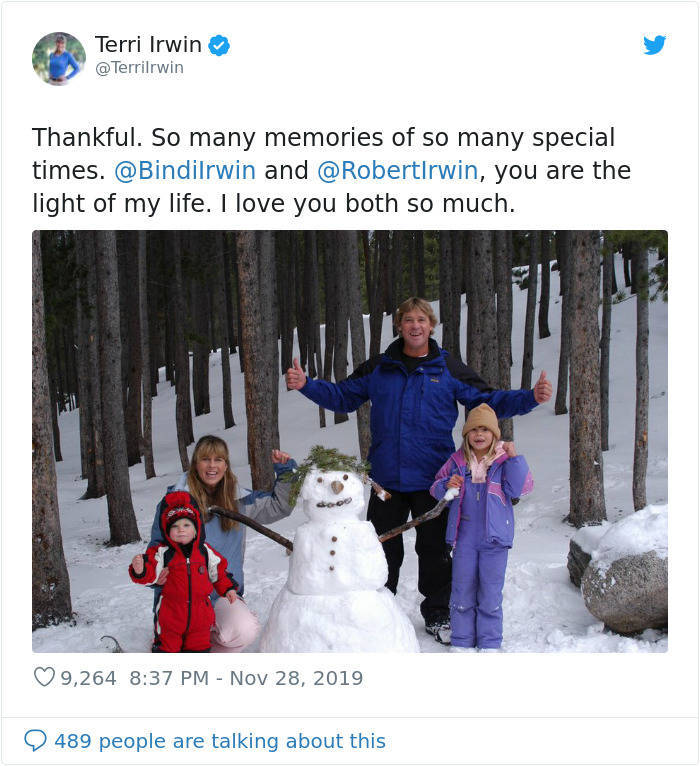 Robert’s fascination with wildlife definitely stems from his father 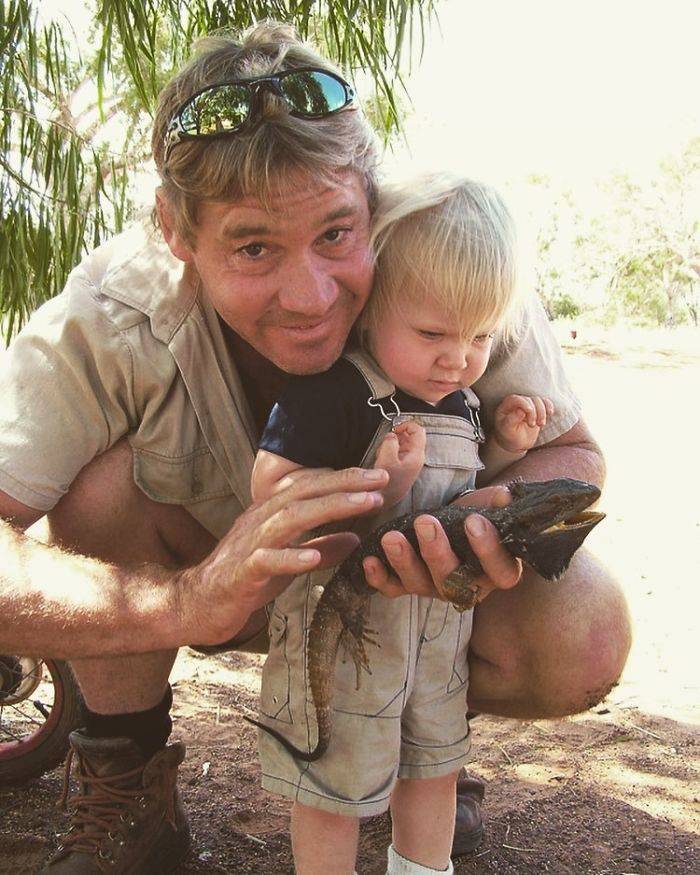 The young man took a particular interest in photography, embarking upon photography expeditions around the world “from the Savannah of Africa to the mountains of New Zealand, the wilderness of Europe and everywhere in between the world”. He was also a runner up in the junior category of the 2016 Australian Geographic Nature Photographer of the Year competition. His photos have been praised by critics and fans alike. 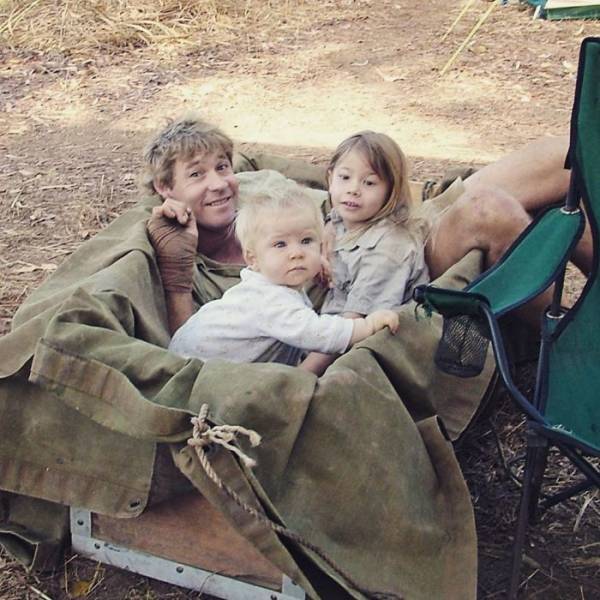 Although Steve Irwin passed away in 2006, his legacy lives on through his children 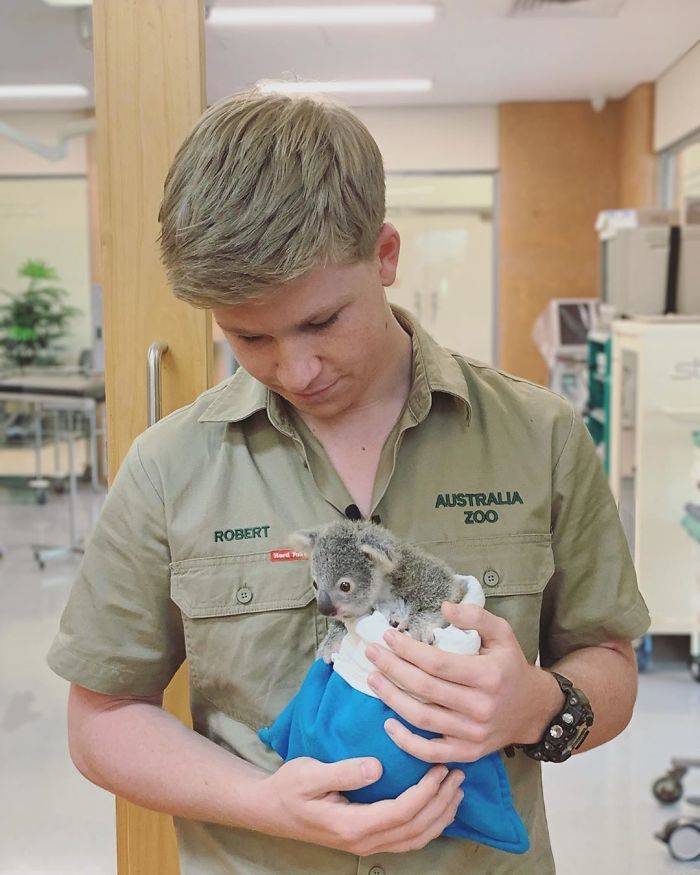 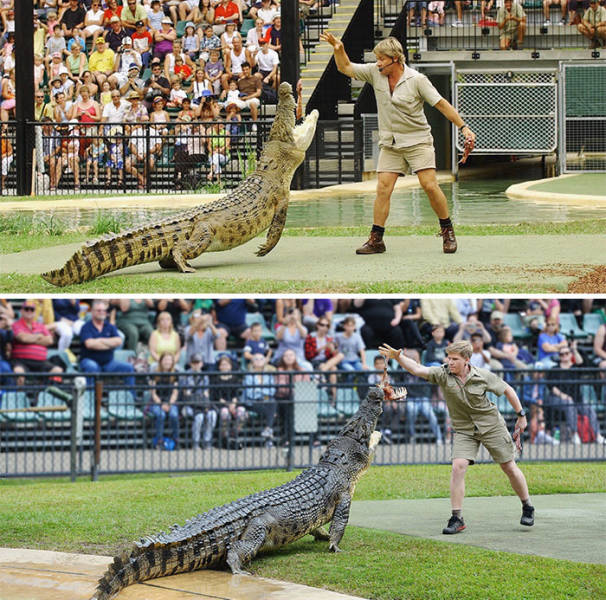 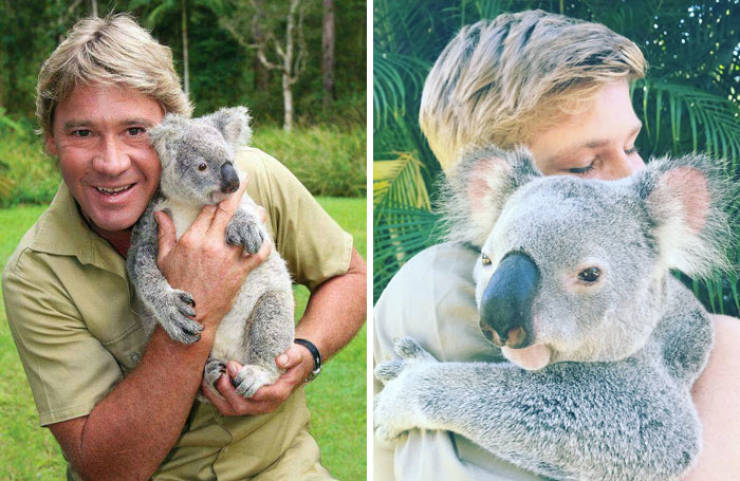 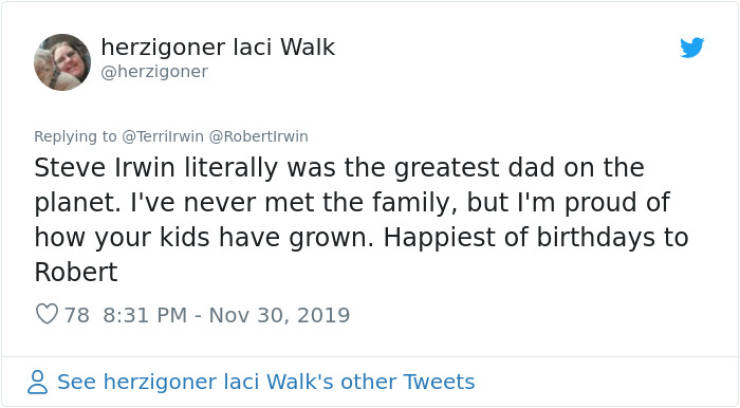 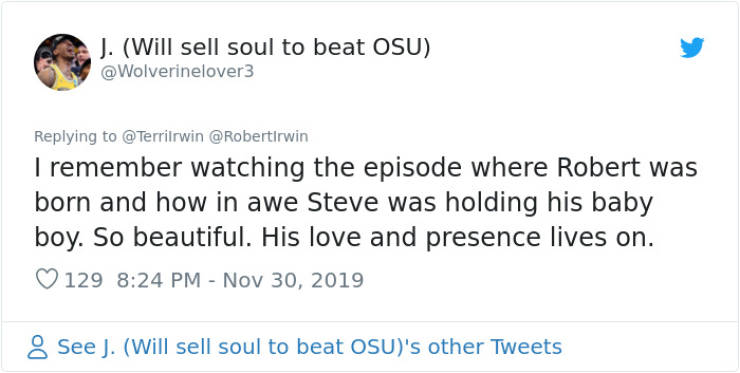 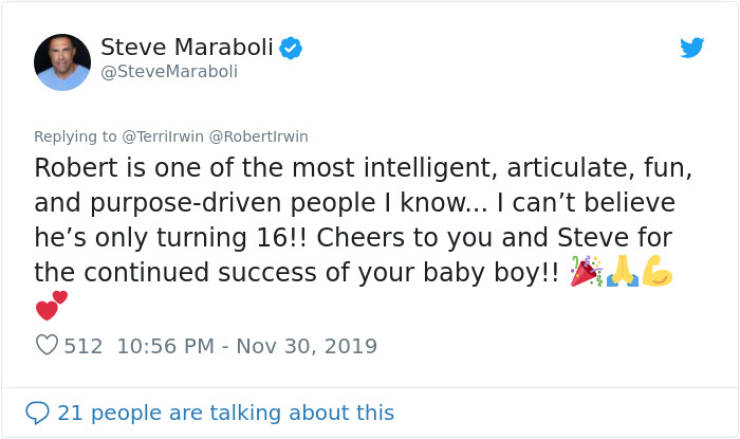 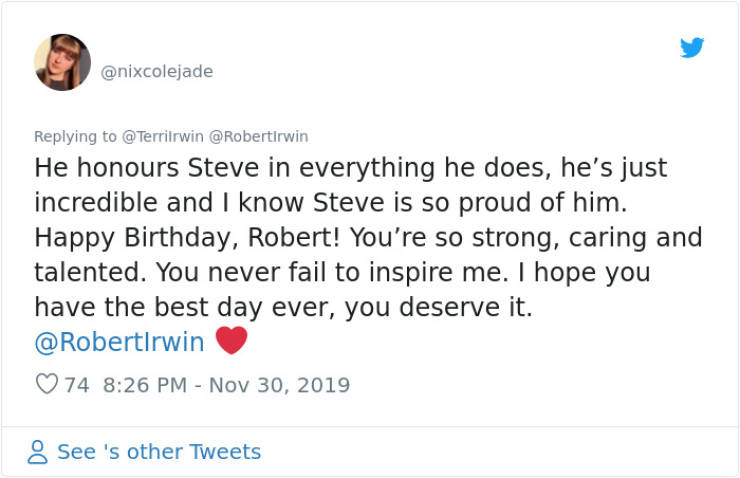 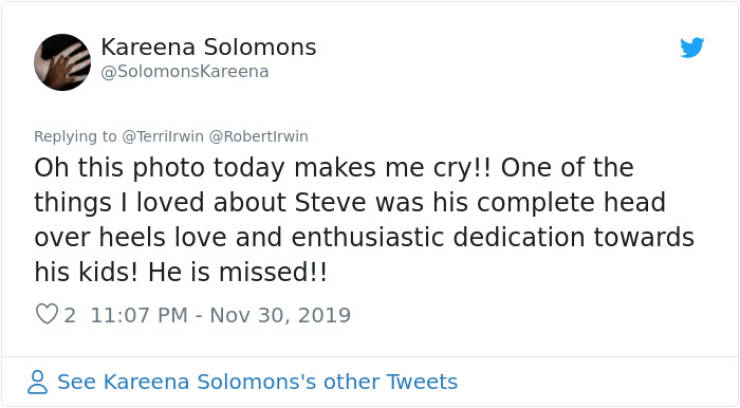